Headquartered in Ventura County, California, Scosche is a family-owned company of outdoor enthusiasts that creates consumer technology for adventurers. They make vehicle accessories, car audio products, and other electronics, testing them in real-world scenarios to see how they’ll fare.

I’ve been testing the Scosche Powerup 600 Torch portable emergency jumpstarter for the past month. I carry it in my vehicle’s glove box, just in case I need it. I’ve also brought it along on trips where I wasn’t the driver. Because, well, you never know. Sometimes you need a jump. And when you’re far off the beaten path, you may need to get power to your battery on your own. 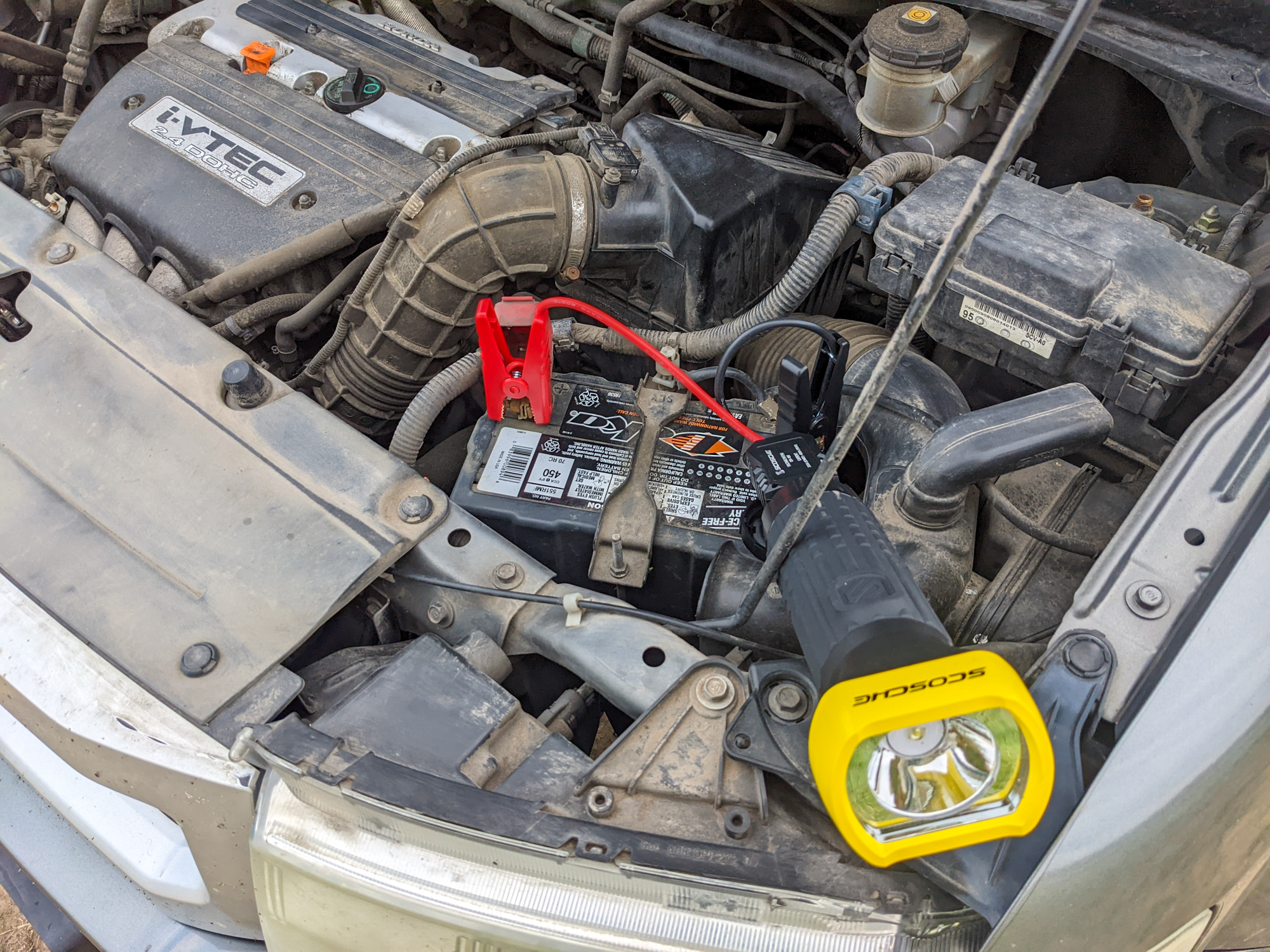 The Powerup 600 Torch is a portable jump starter with built-in flashlight and USB charging capabilities. With this, you can jump various vehicles, anything up to a 5-liter, 8-cylinder engine. It has a peak starting current of 600 amps, enough to start most consumer vehicles–cars, trucks, boats, and motorbikes.

The Powerup 600 Torch is shaped like a flashlight, and its LED bulb casts 330 lumens of light in two brightness settings. The flashlight also has two strobe settings–a quick blinking strobe and a slower one–to use as an SOS signal. 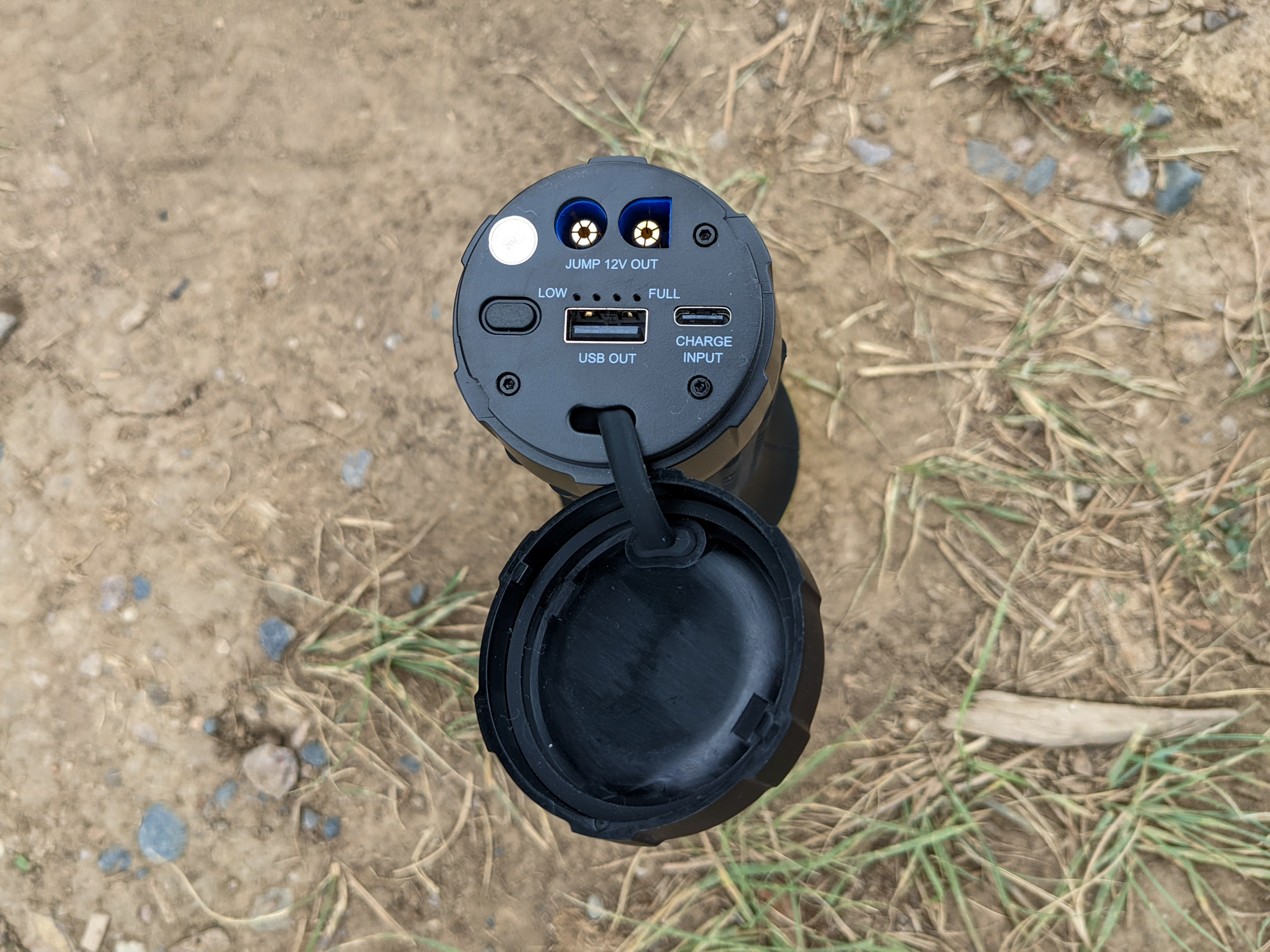 This portable battery has a USB-A output to charge electronic devices. However, it only has a USB-C input for charging the battery itself, no “USB-C out” here. When I attempted to charge a smartphone via the USB-C charge input, the Powerup 600 drew power out of the smartphone.

For jumping a vehicle, the Powerup 600 Torch has safety features to protect against short circuiting, reverse connection, reverse charge, overheating, and overcurrent. It also automatically shuts off once the vehicle it’s hooked up to starts. 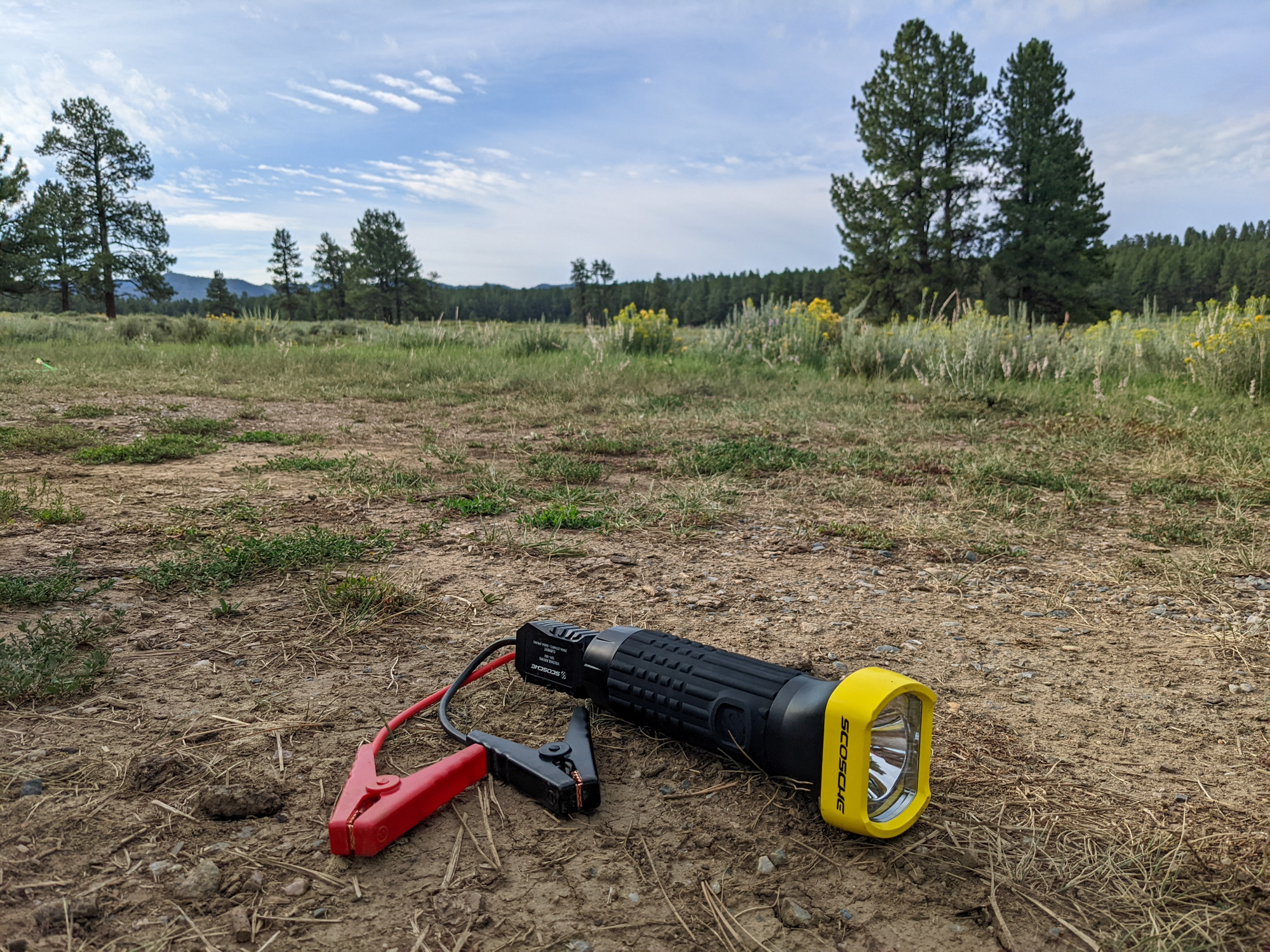 The Powerup 600 Torch has features for people who spend time outdoors. A locking cover protects all inputs and outputs from dust and debris. This cover twists off, so it’s less likely to fall off in your trunk. The device also comes in a hard-sided carrying case, which further protects it from dirt and abuse.

The Smart Cable jumper cables are rated for 12-16 volts. There is a single white LED bulb that illuminates in the direction of the terminal clamps so you can see where you’re connecting them at night. The flashlight will turn on while the jumper cables are attached, but the cords running to the clamps aren’t long enough to point the flashlight in their direction. So, this single LED is all you get to see your vehicle’s battery. 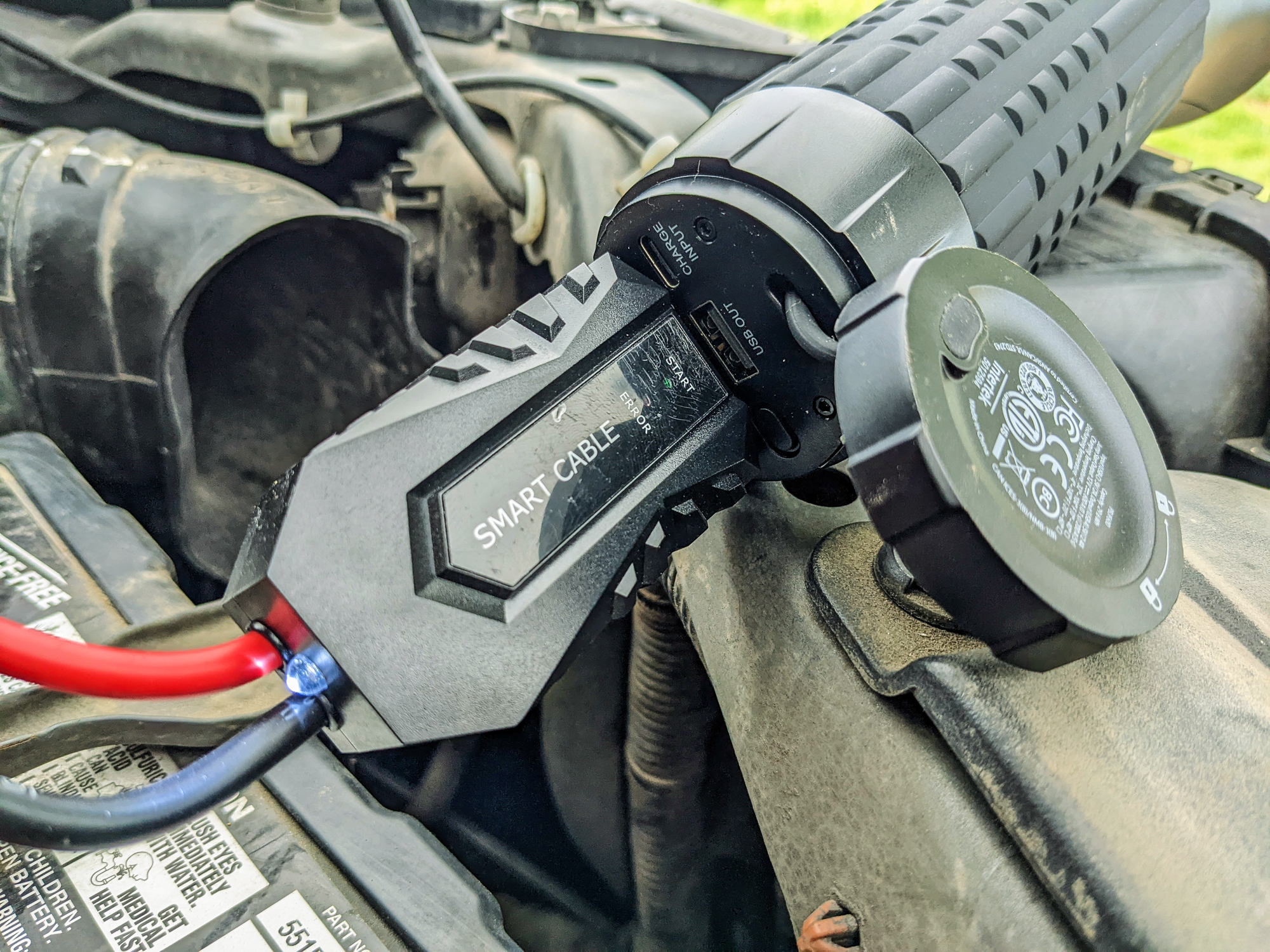 The clamps have the standard red and black color coding, positive and negative, respectively. They’re made of a thick rigid polymer that doesn’t feel flimsy. The clamps open to 1.5 inches wide, too. 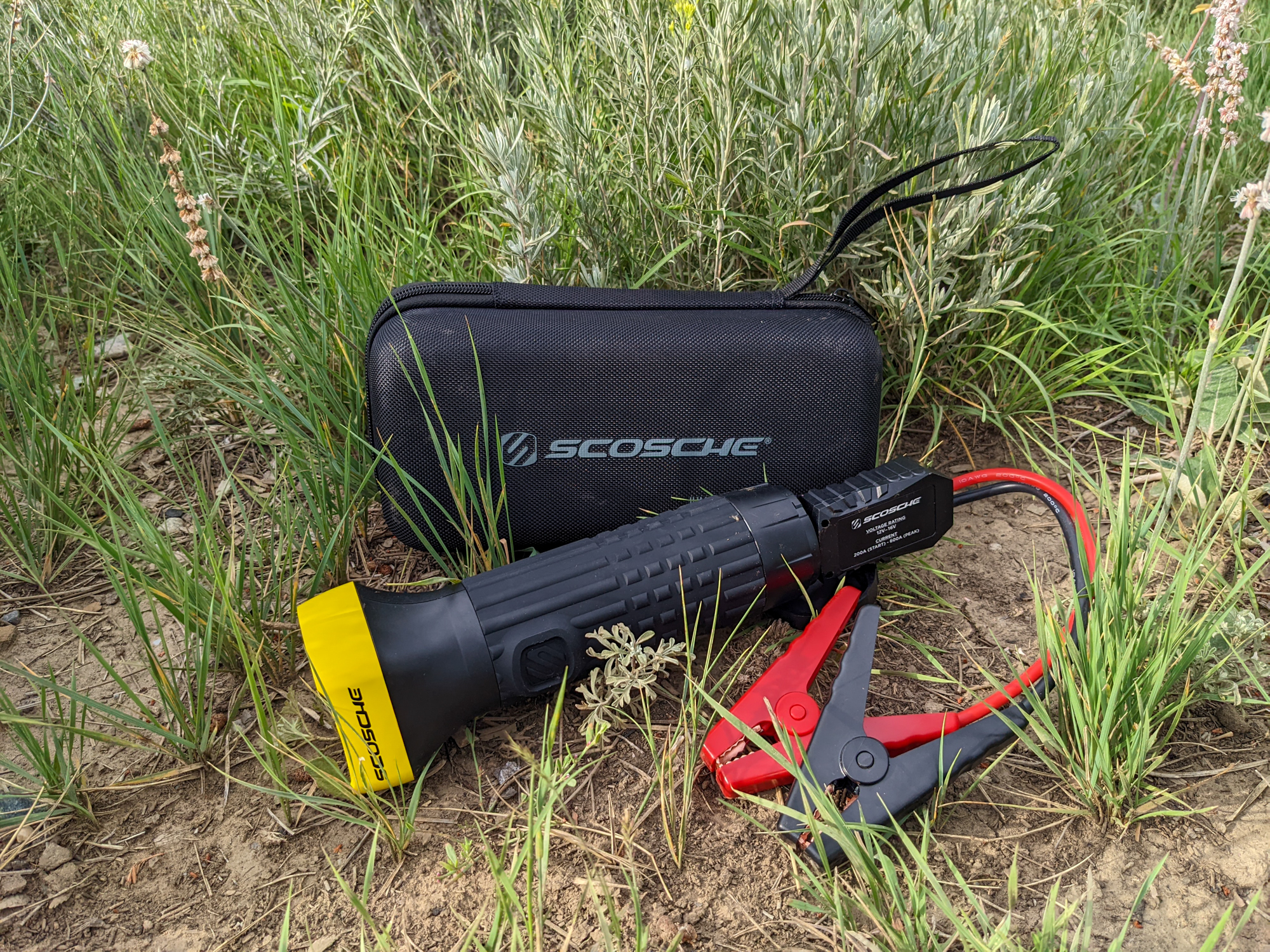 We’ve all been there. Maybe you left your dome light on all night, or your vehicle’s electrical system just needs a little help. The Powerup 600 Torch won’t leave you stranded. 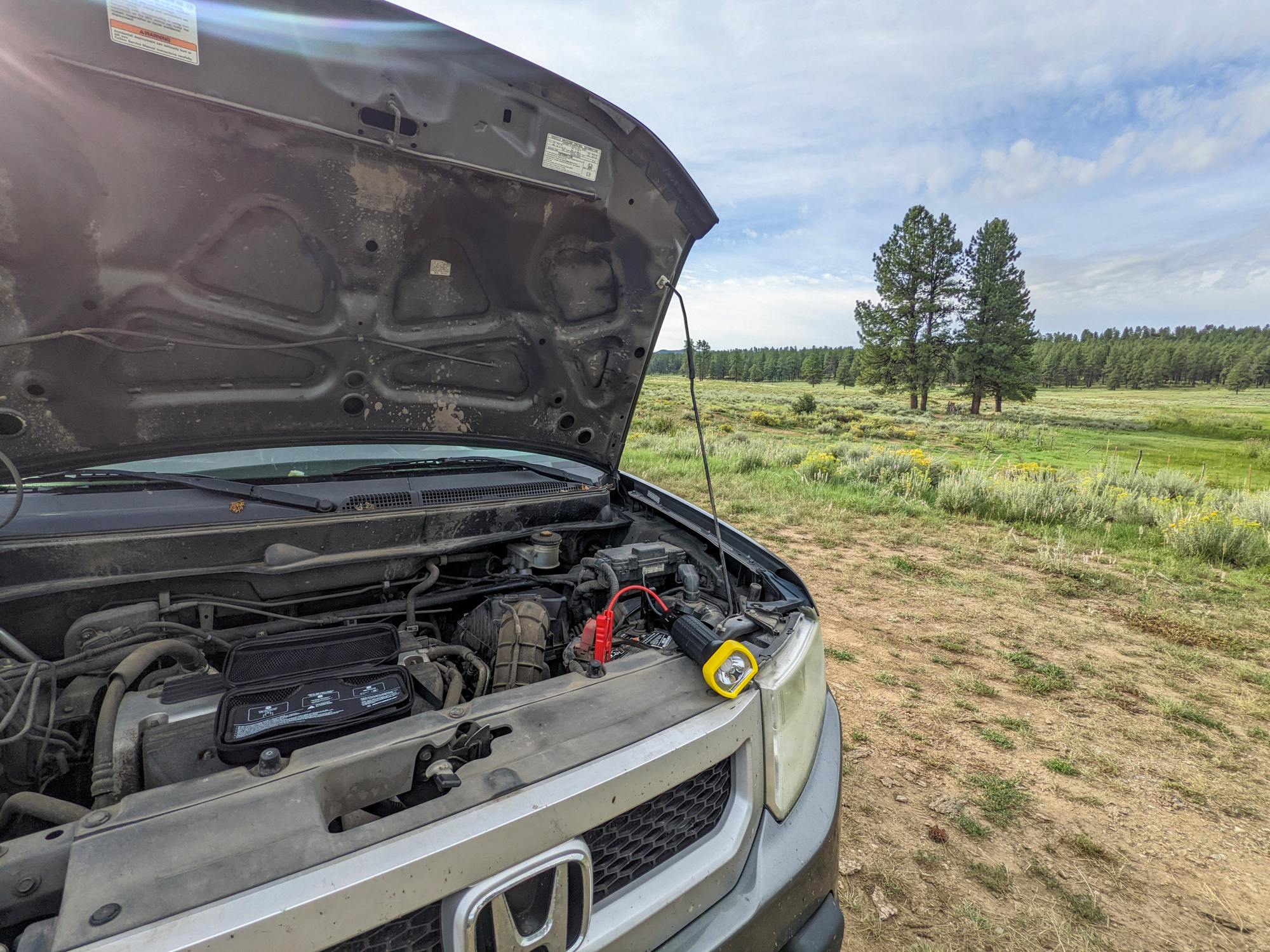