UkoalaBag has undoubtedly grown in popularity since its inception in 2013. The multi-pocketed pouch bag has become a favorite among outdoor enthusiasts because of its ability to carry a wide variety of essentials while being effortlessly strapped to the hip of its wearer.

And now, with the release of Bulbag USA, the Georgia-based company is making good on its promise about “The best little bag on the planet … that just got a little more than a little better.” 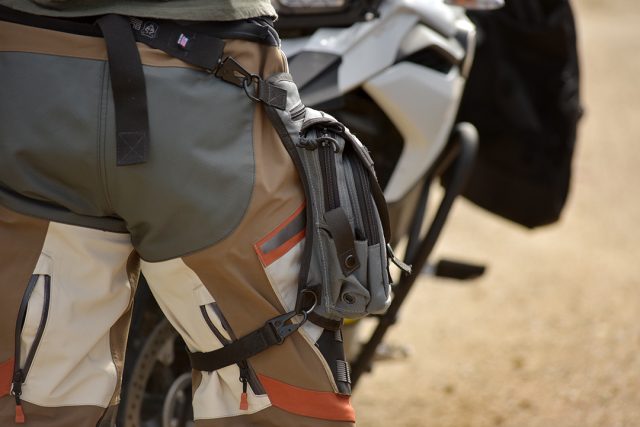 Bulbag is billed as UkoalaBag’s flagship of carry-all bags and is in the company’s continual improvement focus to meet the needs of outdoor enthusiasts like motorcyclists, overlanders, fishermen, aviators — even farriers and falconers.

Better than a military bag

UkoalaBag company owner and CEO PJ Powell says, unlike previous lines, Bulbag USA is 100 percent American-made. The move was partly a nod to his grandfather, a World War II pilot. PJ had discovered his grandfather’s military bags in an attic one day and wanted to recreate the look and feel for his growing customer base. “He had map case bags made from duster coat materials, like oil canvas, but I didn’t want to use petroleum products,” PJ says. “Customers had been turned off by the China production, and I thought about my grandfather’s bags and said I’d make an American-made bag if it’s the last thing I do.” 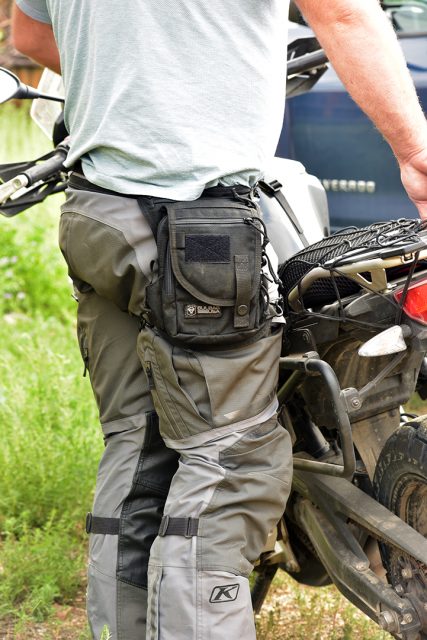 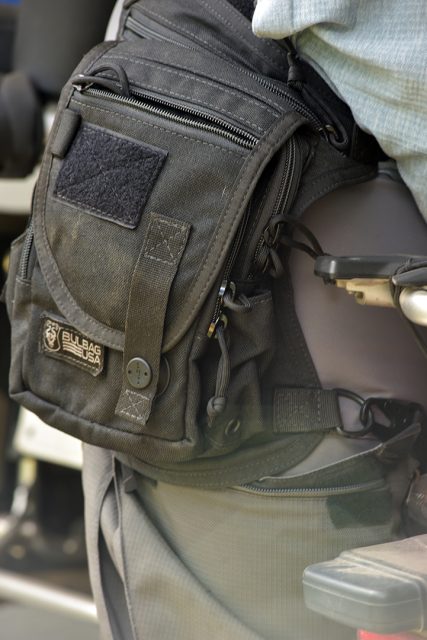 PJ began working with a former Green Beret, who assisted with the cut and sew operation and process. “I haven’t had one bag returned for any reason,” he said. “No seam has come apart, no zipper, no stitching loose.”

This is a thick and beefy essential everyday carry kit and was a breeze to fill and wear on my BMW F 750 GS. The best part is that it’s so accommodating ergonomically that you forget it’s there—no more rifling through overpacked tank bags for your essentials before you can get off the bike. Simply swing your leg over and grab your keys and phone. Plus, it looks kind of cool. 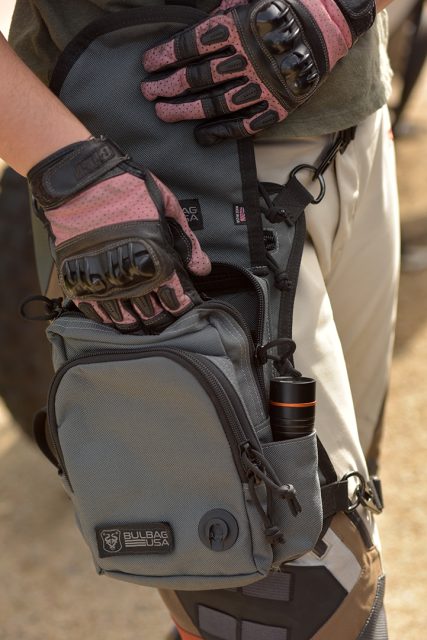 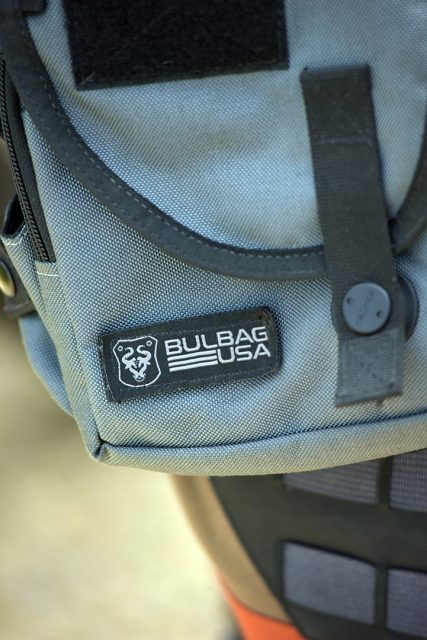 Created from 1,000 Denier American-made Cordura nylon, Bulbag offers 10 pockets for varying items, with some of them hidden from view, perfect for a passport or cash (military rucksacks are created with the same material at 500.) This bag is also designed for safe conceal carry with the edition of custom holsters created from Kydex or Boltaron. The holsters are made with a movable ambidextrous mounting system so they can be reconfigured for the inside or outside of the waistband. Bulbag’s firearm and clip holsters are backed by a large piece of Velcro, so the holster fits snugly within the bag’s main compartment. Add the company’s level IIIA soft armor insert for leg protection in a fall or in the event of a more serious situation. 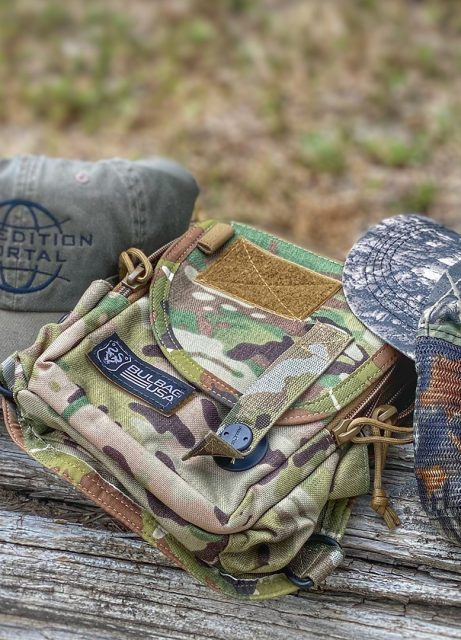 I appreciate Bulbag for its convenience in getting on and off the bike. Instead of cramming my tank bag with stuff, I tossed in my wallet, extra cash and keys, credit card, sunglasses, battery and charging cables, sunscreen, medication, bug spray, bear spray, a map, flashlight, a few small tools, and my favorite essential—lip balm. Bulbag doesn’t impede standing on the bike or getting on or off the bike, but it does assure your essentials stay on your hip (Bulbag can also be adjusted to wear across the body or as a backpack.) The zippered pockets are complemented by the main flap that offers a magnetic closure right where your hand drops to your hip. The added adjustable leg strap assures the bag isn’t going anywhere.

Bulbag won the Progressive International Motorcycle Shows’ Best New Product award in 2019 and 2020. In another nod to Powell’s grandfather, the company is working to offer Bulbag in a classic waxed canvas.