Our little 1990 Toyota pickup travelled effortlessly from Canada to Argentina and back with factory front and rear open differentials. Yes, we went overlanding without lockers! Could we have gone farther off the beaten track with some sort of traction-aiding differential? Most definitely. Were we willing to spend the money on a locker or two instead of spending those hard-earned dollars travelling? Absolutely not. Do you know how many tacos you could buy with the savings?

Let’s get back to basics for a moment. An open differential is designed to allow each wheel to turn independently of one another during normal driving. When you take a turn, the inside wheel travels a shorter distance than the outside wheel. This means that the inside wheel spins fewer revolutions than the outside wheel. If those wheels were locked together, they would fight each other for traction, skip over the pavement, wear out your tires prematurely, and put undue stress on the axles. Open diffs are great for street driving but show their weakness off-road. Due to their design, power will go to the tire with the least amount of traction. You’ll experience this when your suspension flexes and approaches the limit of travel off-road. One of the tires starts to lift, and pretty soon you’re spinning a tire and flinging dirt while the other tire stays planted on the ground. The same thing can happen on flat ground when the earth is slick with mud or snow. A traction-aiding differential helps solve this problem.

A couple of years after returning from South America, we decided to make some adjustments to our plucky little pickup, and one of our priorities was improving traction. Now that we live in the Canadian Rocky Mountains, where snow covers the ground at least four months of the year, it was time for an upgrade that would be functional for both daily use and beneficial for long-term travel. On the down-low, we’re rebuilding this truck with another overland trip in mind, and we hope to find ourselves off the beaten path quite regularly. Improved off-road traction with good on-pavement manners on is the goal. Simplicity is key, and budget is always a priority.

The price and complication of installation steered us clear of a selectable locker such as an ARB air locker. Our refusal to listen to a locker to engage/disengage, along with potentially funky road manners on snow and ice meant that we avoided a lunchbox locker. Welded gears or a spool weren’t even options in the first place since added stress on the axles and wear on the tires weren’t worth the off-road performance gains. Our truck is light, rolls on relatively small tires, has low (okay, really low) power output, and isn’t a rock crawler. So the performance and additional strength that is arguably found in a full locking differential aren’t as important factors for us. We don’t find ourselves on difficult trails where we need to lock the rear tires 100 percent. To be honest, as a truck built primarily for overland travel, most of its time is spent on paved and non-technical dirt roads.

That left us with a limited-slip differential. We ran a Supra LSD in a previous pickup and really liked the performance. But instead of scouring a junkyard we went straight to Nitro Gear & Axle for one of their Helical Worm Gear LSD units. With a savings of $800 versus a selectable locker (that savings only goes up once you start including labour costs, plumbing, and electrical components into the equation), zero maintenance, and predictable manners on the road and off, it’s a great option for us. 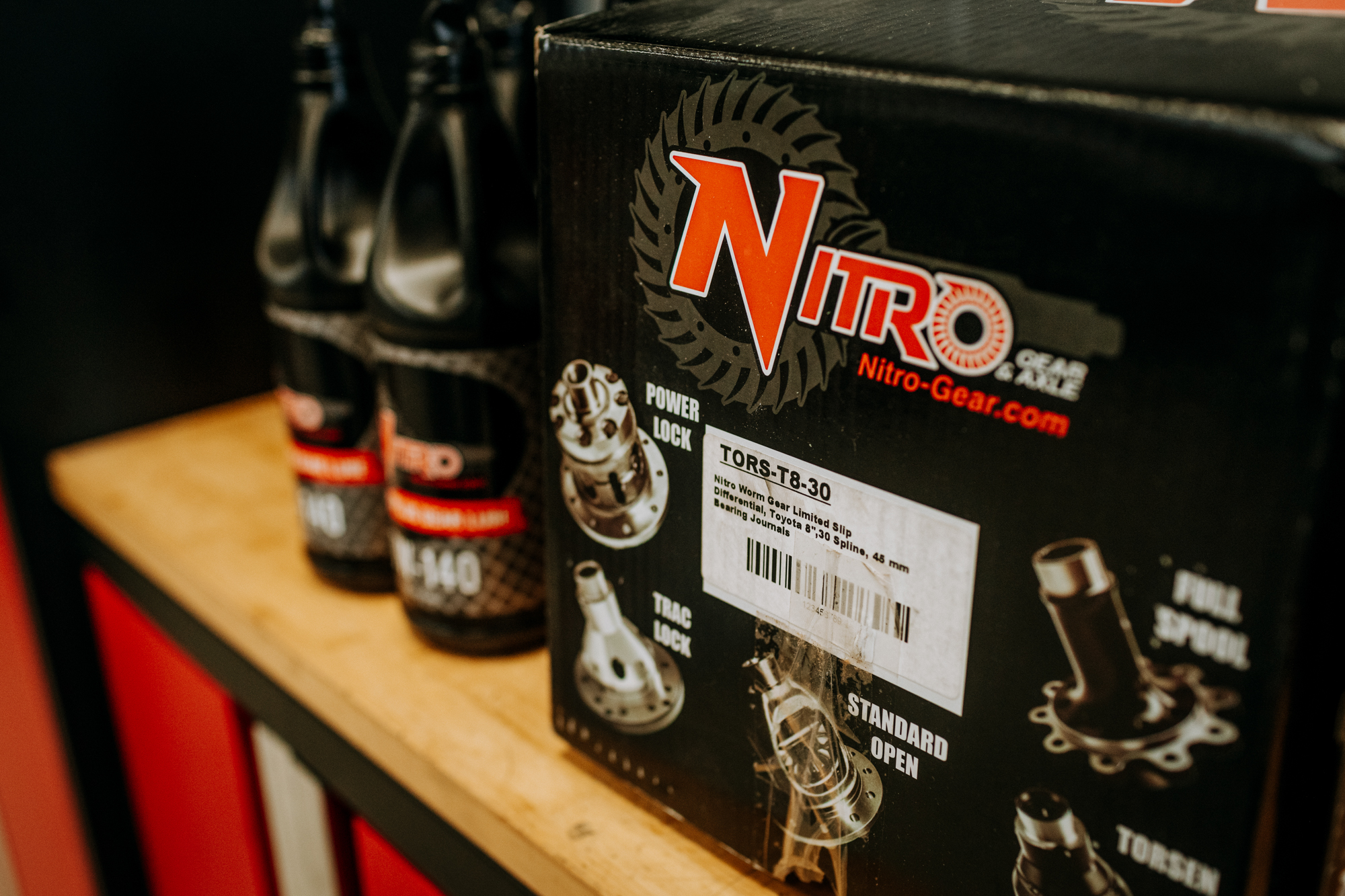 So, What is the Nitro Gear and Axle Worm Gear Limited Slip?

The Nitro Helical Worm Gear is a torque-sensitive mechanical limited-slip differential that uses worm gears and spur gears to dispense and distinguish input power between two drive wheels or front and back axles.

Just like any LSD, the Nitro Helical Worm Gear functions as a standard or open differential under normal driving conditions, allowing one wheel to spin faster or slower as necessary. When a wheel experiences a loss of traction, the gear separation forces start to take effect and distributes the torque to the high-traction wheel by increasing the helical-shaped gears mesh force until wheel spin is reduced or entirely stopped. Once the vehicle exits the low traction condition, the differential resumes normal operation.

What’s nice about the operation of a Nitro Helical Worm Gear LSD, is its characteristics; smooth, quiet and automatic. This LSD will engage without any driver awareness or require any action. It also has no wearable components and requires no maintenance, producing less time on the rack and more on the road. 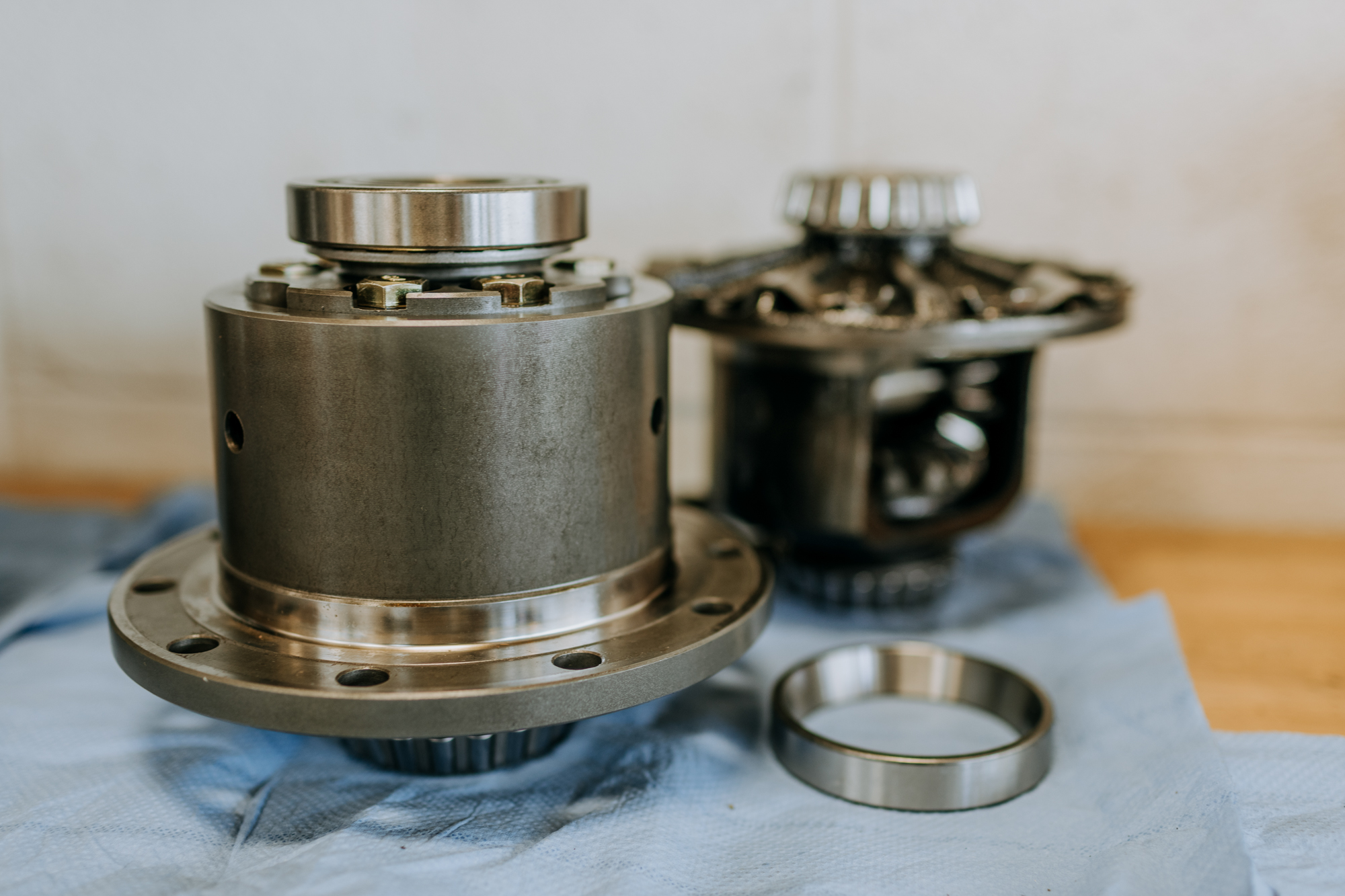 We rolled into The Gear Shop in Calgary, Alberta, to have the LSD installed. Colton bolted the ring gear to the Nitro LSD, checked the gear pattern on the previously installed 4.88 gears, made adjustments where necessary, installed the fresh center section (complete with KOYO bearings, provided by Nitro) in the factory 8-inch housing and slid the Longfield axles back into place. 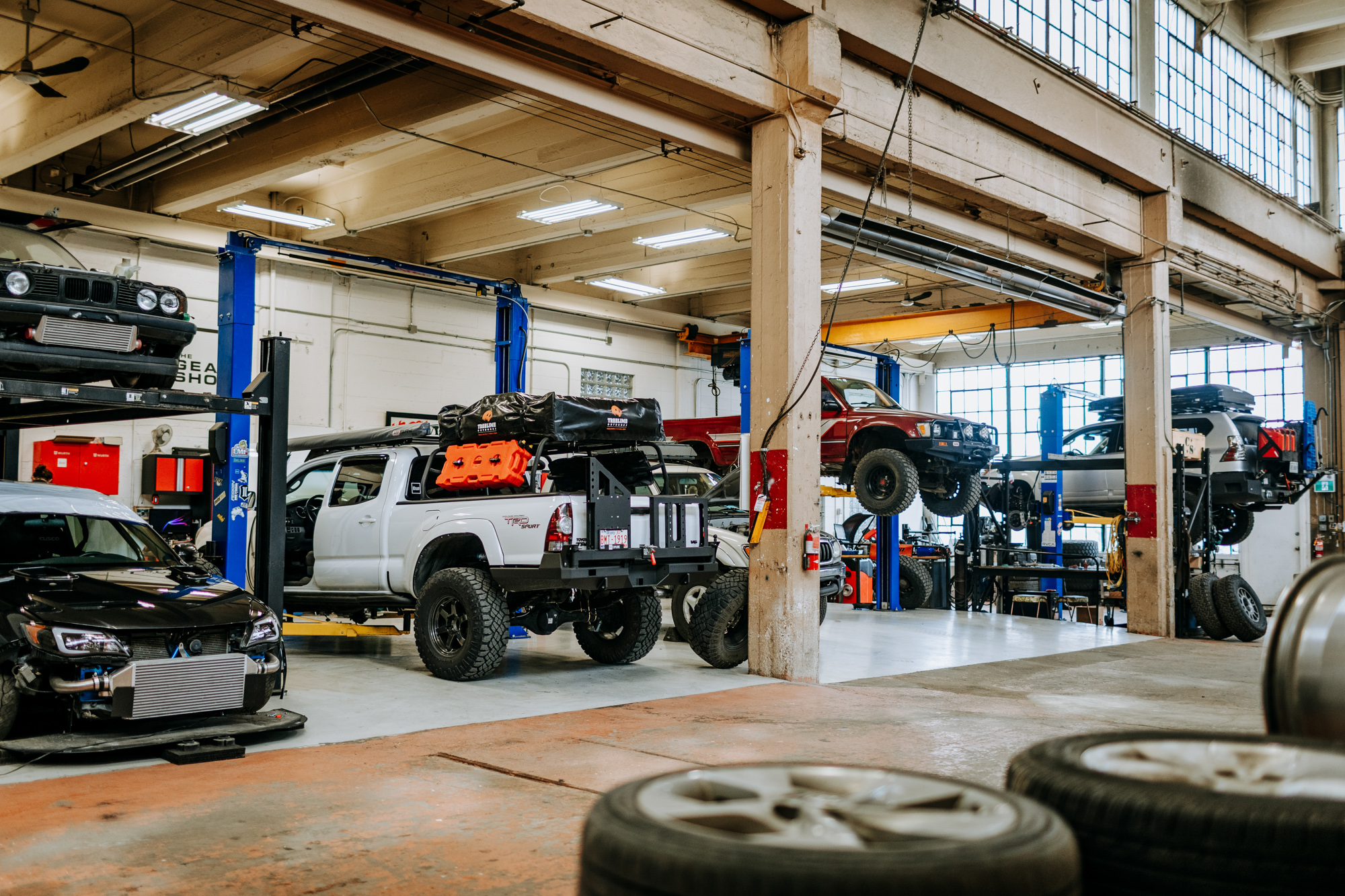 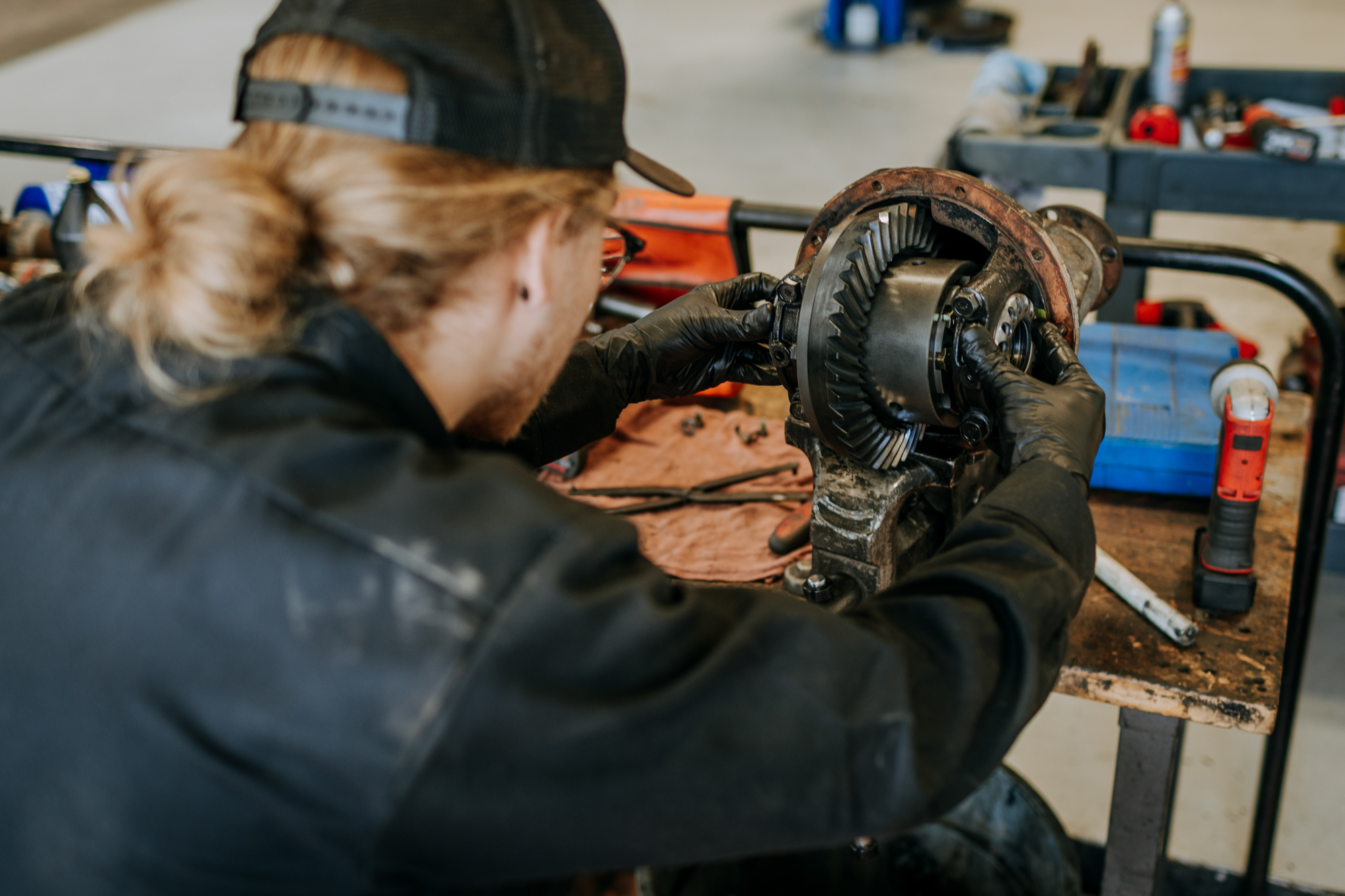 Since the gear pattern was adjusted and new bearings were installed, we swapped the differential fluid after 1,000 kilometres for some Nitro 80W-140 synthetic. It’s likely you’d be installing this at the same time as re-gearing your differentials, so please don’t forget to follow the gear manufacturers break-in procedure. 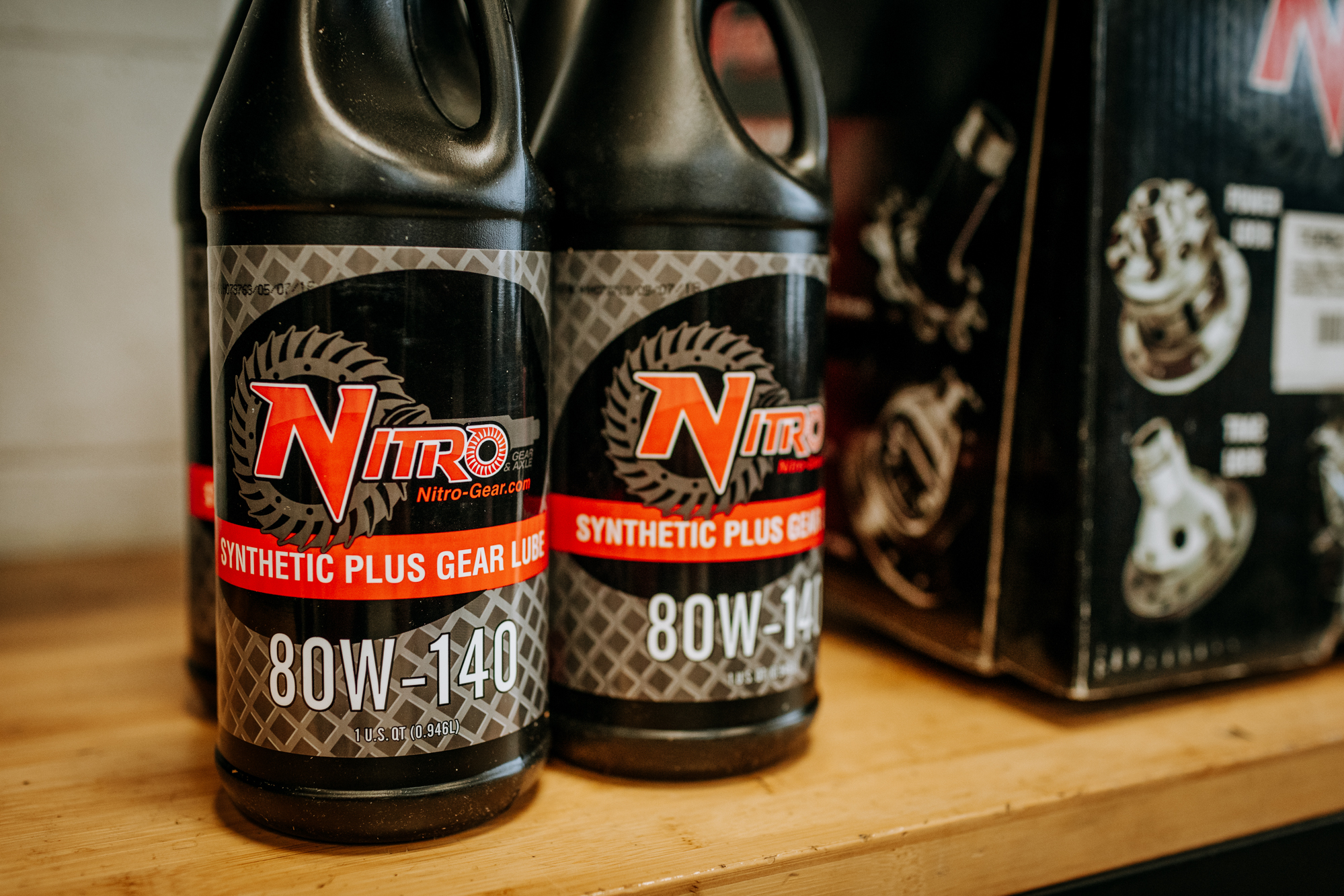 After leaving The Gear Shop, we noticed, well, nothing. The truck worked just as well as it did when we pulled it in. Upon rolling onto one of our local trails, however, the difference became immediately evident. The inside tire no longer spins at every hint of body roll, we can approach basic obstacles with less speed and momentum (saving the truck from unnecessary abuse), and the little pickup is way more predictable at speed on loose gravel surfaces. With the current configuration of the truck (no weight in the back), you can actually induce oversteer with the throttle for the first time in the 30-year life of this pickup. It sounds like it’s time for celebratory donuts to me!

A quick cost comparison shows a savings of around $800 (that’s 800 street tacos, folks) before factoring in labor costs. 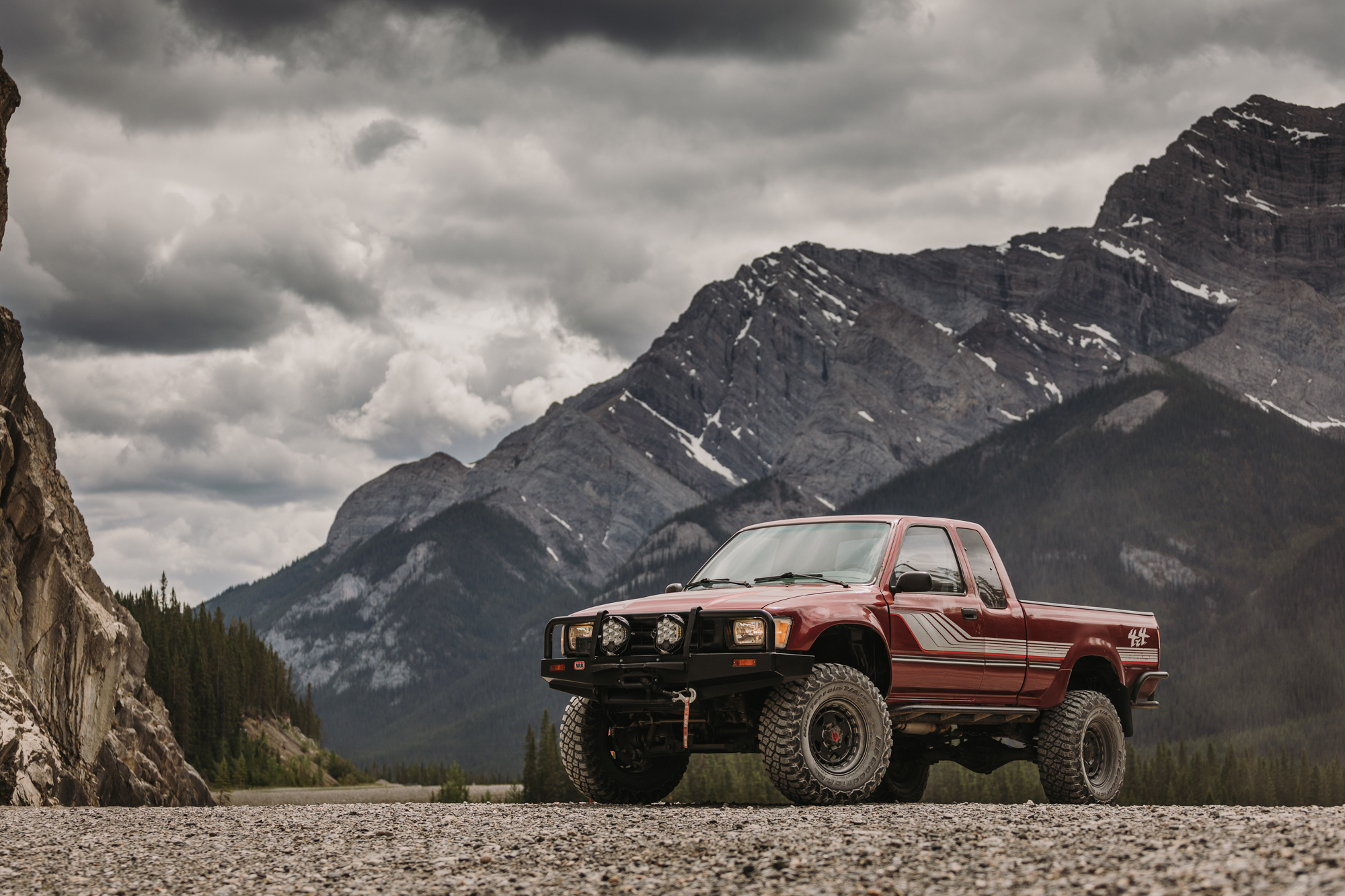