It has been a long, hot, and trying day. The rig has been behaving badly, the last of 20 checkpoints involved a locked and loaded Kalashnikov, your convoy partner has been very hard work, and there is a difficult multi-day remote mountain pass ahead. It is at times like these that all an overlander needs are a campfire, “Sleep Walk” by Santos and Johnny is on repeat, and an ice-cold, refreshing beer. 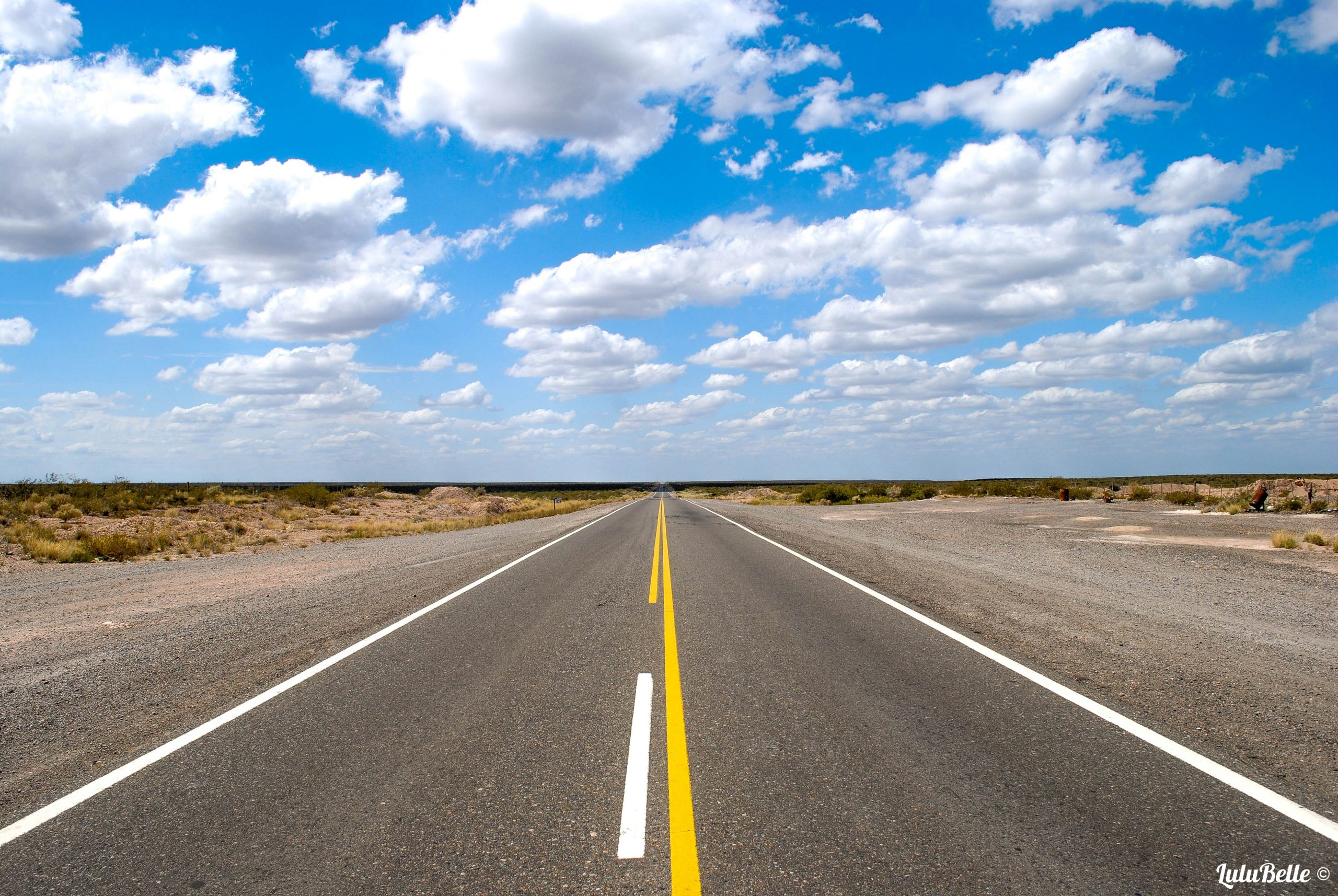 Beer is to this overlander what engine oil is to his Land Rover. Yes, I know, beer is the working man’s beverage, but that is exactly what I am, and some days on the road are hard work! Anyone who reads my books will know that often stories of life on the road end with the sentence: “We pulled into camp, made a campfire, and enjoyed a cold beer.” I will not apologise, that is the reality. Our journey around the globe has, in some ways, been a grand brewery tour as we have savoured brews from Cape Town to Kilimanjaro, Ushuaia to Bogota, Panama to Alaska, Florida to the United Kingdom, France to Turkey, Portugal to Namibia. Some days we will have a cold brew with dinner, or a few ales around the campfire, or a rip-roaring bonfire hootenanny with overlander friends in a remote paradise. Cold, delicious, refreshing, liberating, and usually cheap, beer is globally as ubiquitous as Coca Cola (except in many Muslim countries), and you can usually find a six-pack of the local brew in a small store days away from civilization, thankfully. Everyone loves beer. 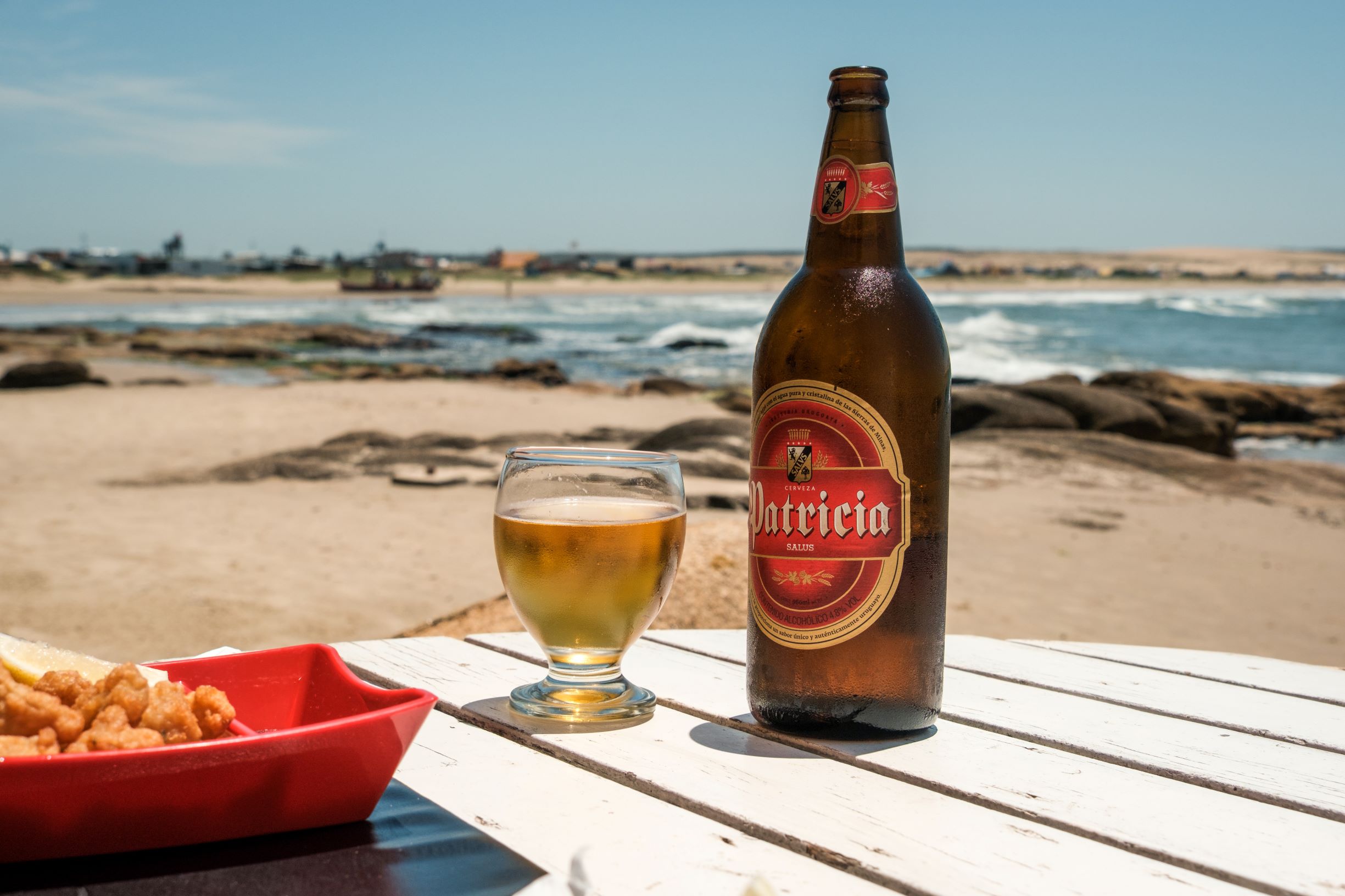 Beer in moderation is good for you—good for your heart and a source of nutrition. While on the road, we cook soups, stews, and soften meat with beer. We cook chicken on the fire upright with a can of beer nestled between the ribs. Historically, we collectively fed our children beer to help them grow big and strong (it worked), and beer has been central to our culture since we were Neolithic. It is safe to say that the golden brew has played a significant role in our history as a species, and is a cornerstone of our civilization. Some archaeologists suggest that the urge for alcoholic beverages is what motivated humans beings to focus on agriculture as opposed to being nomadic hunter/gatherers. And if it was good enough for Cleopatra, Alexander the Great, and the Vikings then, bloody hell, it’s good enough for us! 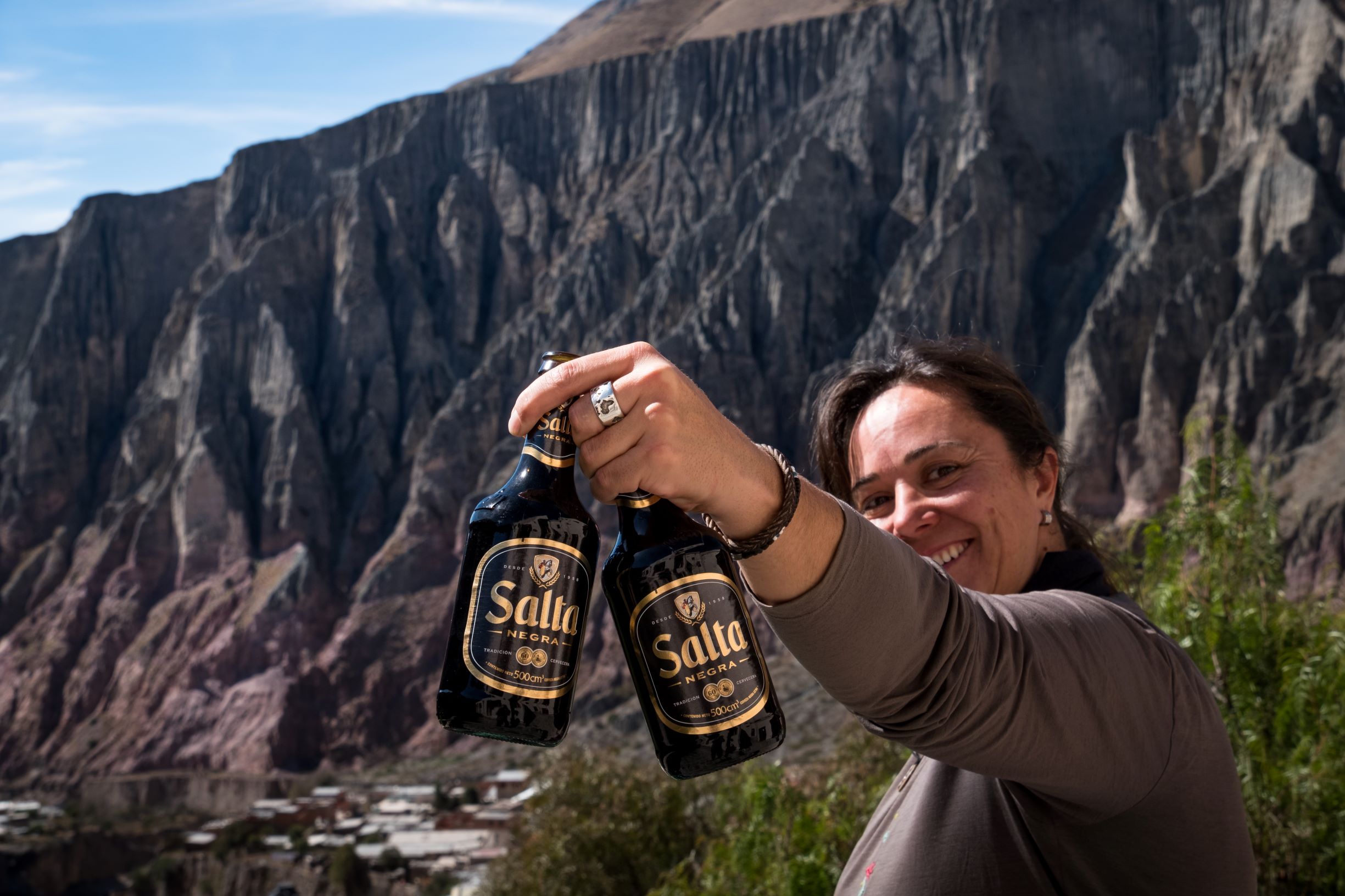 Beer travels well. A case of large cans can usually be found in our camper. We often slip four cans into the fridge before hitting the road in the morning, knowing that they may be called upon at sundown to provide relaxing relief after sun, sweat, dust, and adventure. Is there anything more rewarding than grilling some meat over a fire, your best friend at your side, and a cold brew to share? No, for us, there is not. A good evening will end with a shot of whisky, and a shot of coffee, as the fire turns to coals and the world’s problems have been solved. Sometimes the stress of the day, the problems of the future, and the doubt burning in your chest can be extinguished with a Yuengling lager, or a Helltown Hefeweizen, or a dripping Quilmes. When you forget to focus on the problem, you might find a creative solution. Sometimes a bit of Dutch courage makes the journey easier, sometimes the stars shine brighter, the fire burns warmer, and the conversation flows better when you are relaxed. The trick is not to overindulge (drunk is never a good look, ask the aforementioned Alexander the Great) since you become a liability to yourself and others when you are not in control or able to react to situations. 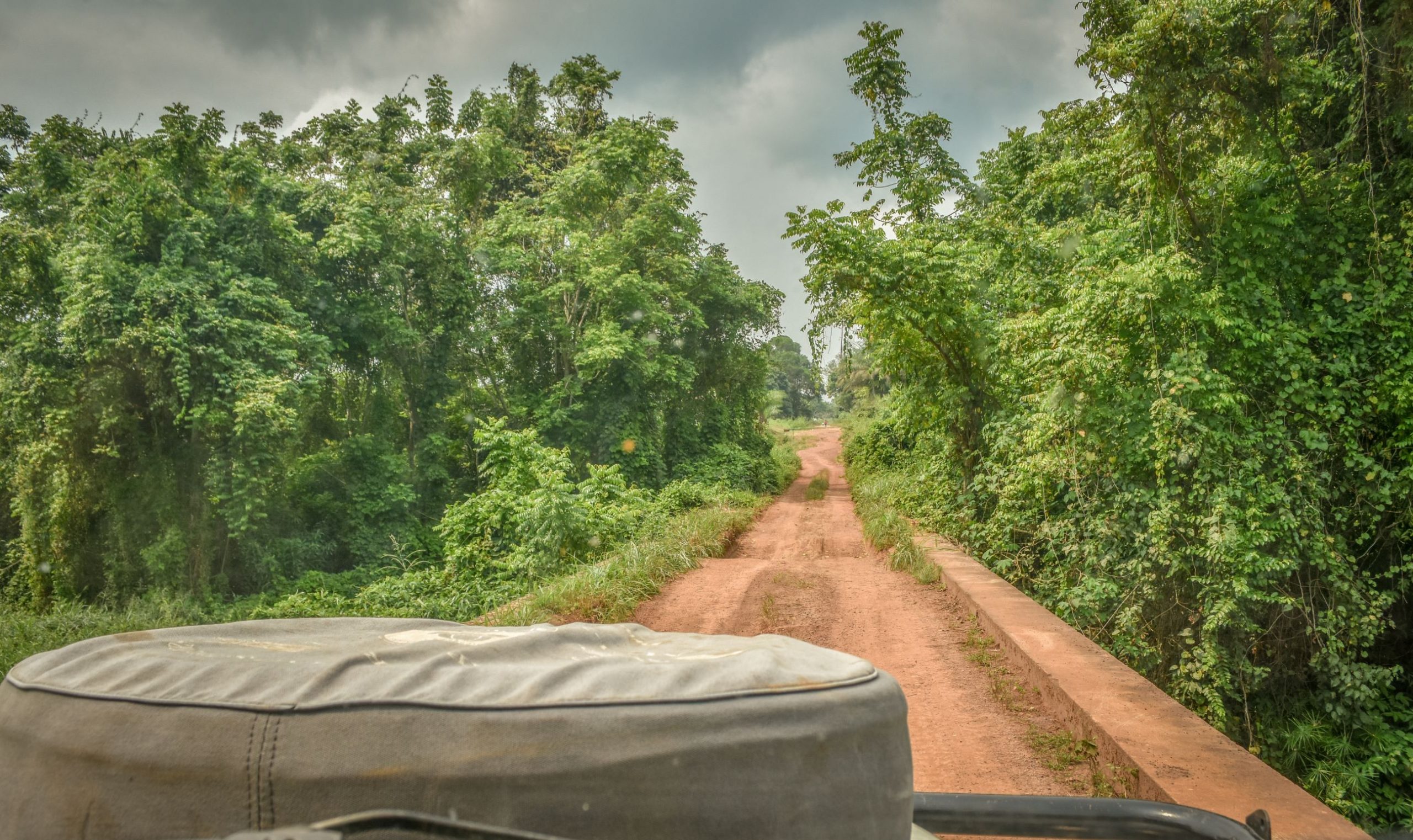 Here Are Some Tips Gleaned from Years of Travelling with Liquid Friends:

– Pack cans rather than bottles. They pack easier and are less prone to breakage, but be sure to store the cans where they cannot be punctured as they are not as robust as they used to be.
– It is advisable to wash the can before drinking if you want to avoid a bad belly in developing countries.
– The fewer ingredients, the purer the beer, and the better it is for you. Coors Light is not a great beer. Perlenbacher is as it is made to the Reinheitsgebot, the German purity laws. According to the Reinheitsgebot, beer should only be crafted with four ingredients: namely barley, hops, water, and yeast. Beers containing rice and corn syrup are a poor substitute for the real thing. But if you have no other option, what can a man do?
– Microbreweries are springing up everywhere. Perhaps carry a Growler and make brewery tours part of the itinerary,
– Snack on olives, gherkins, nuts, and jalapenos while enjoying a day time brew.
– In many countries, drinking in public is frowned upon or even illegal. Be sure not to run foul of the law.
– A fold-up cooler bag helps to keep the beer cold if you do not have a fridge or it is full of pesky food. Ice is usually available from gas stations in warmer countries around the world.
– If you are trying to keep the weight off but still want a bit of a buzz, drink fewer beers, but with higher alcohol content.
– A shandy (beer mixed with Sprite or lemonade) quenches thirst like nothing on earth, besides water, of course.
– Plastic cups ruin beer. You can always find space in the rig for a well-packed beer mug or glass.
– Never, ever leave home without a beer koozie or two.
– Don’t drink and drive, clean up after yourself, keep the music level down, know when to stop drinking, and always have a spare beer in case a friend pops round. 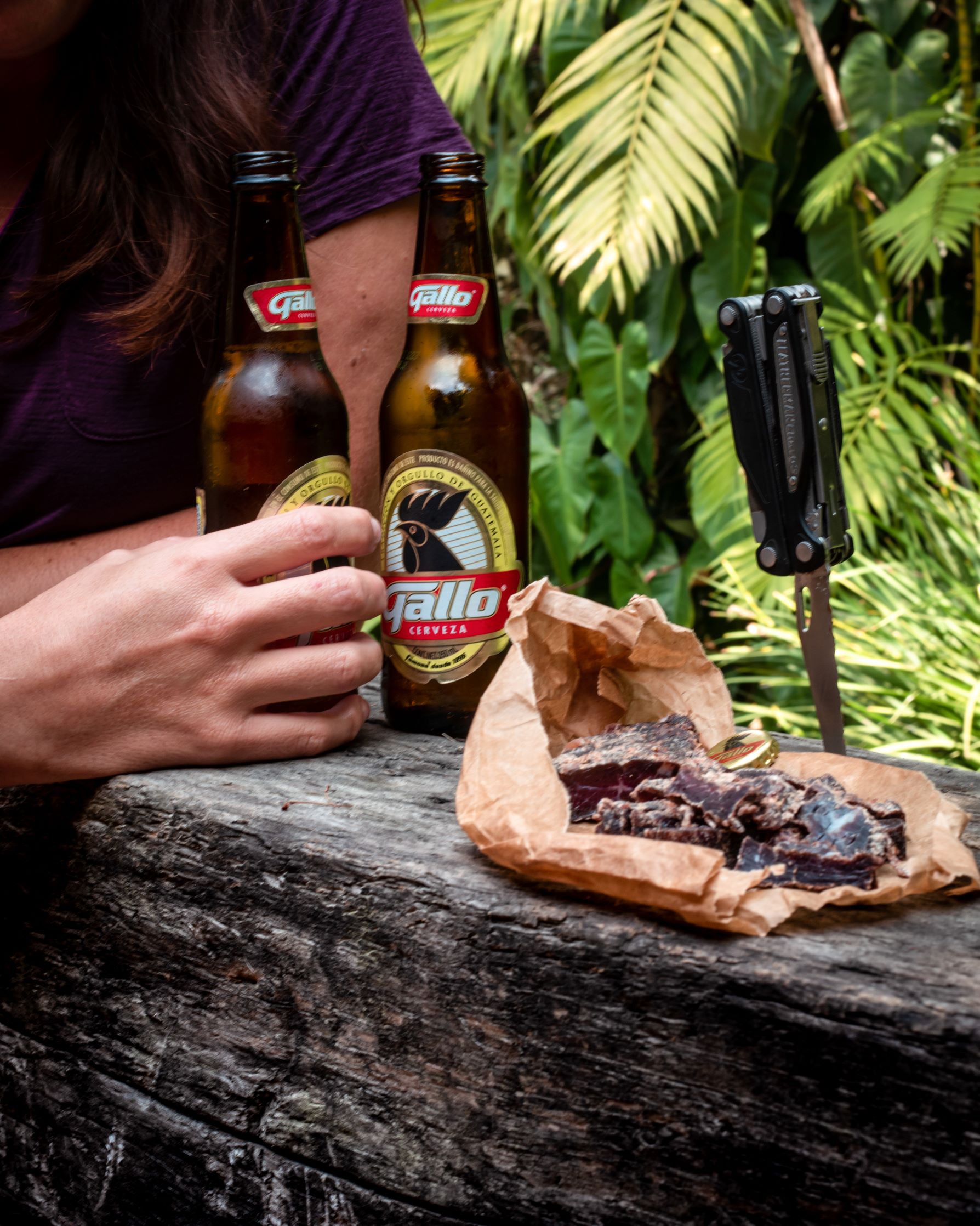 Cheers! Here’s to your health, and may we find each other out on the road soon.

Many thanks to our friends Michnus and Elsabie Olivier for the supplementary images, you can follow their two-wheeled adventures and enjoy more of their excellent photography at pikipikioverland.com. 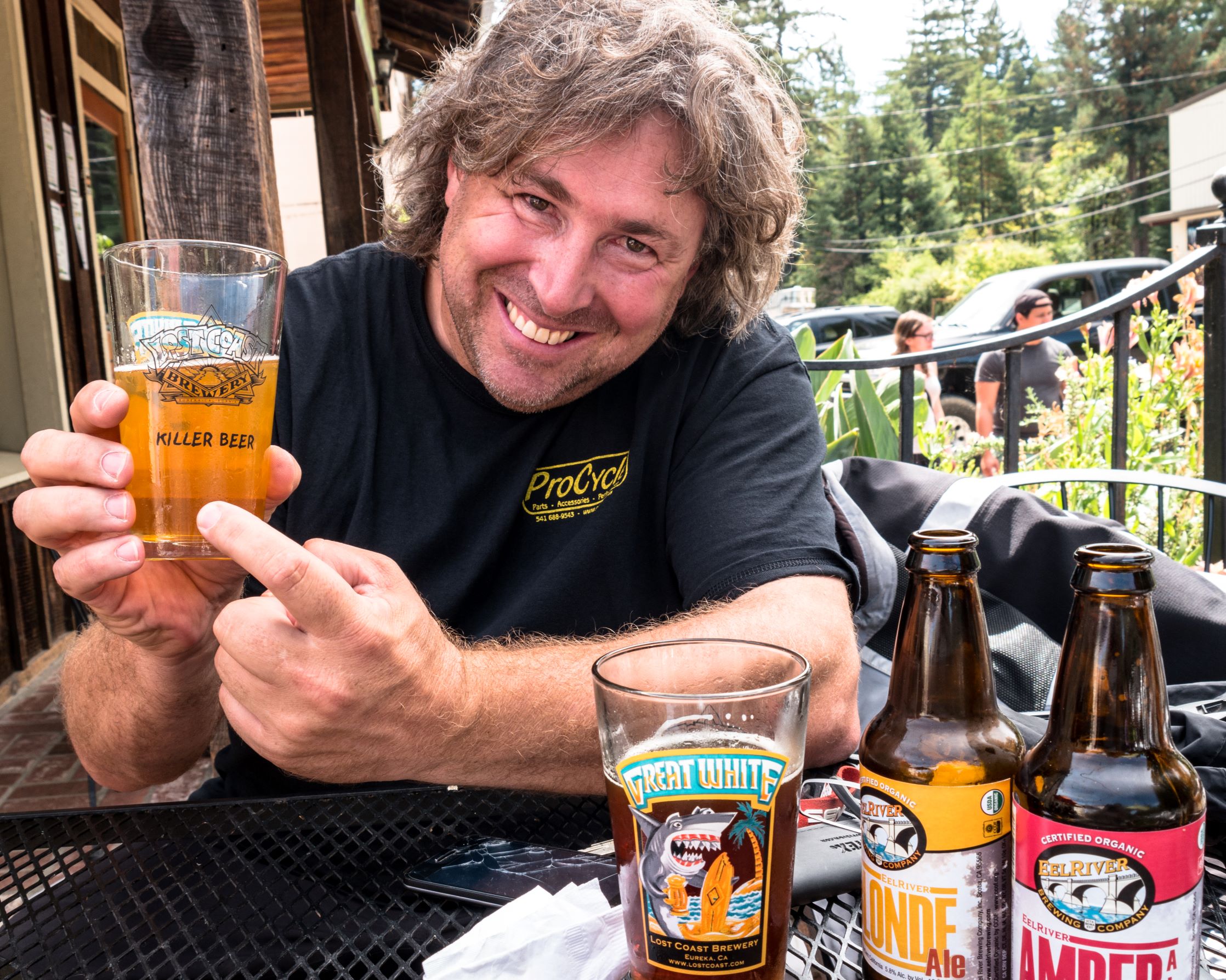 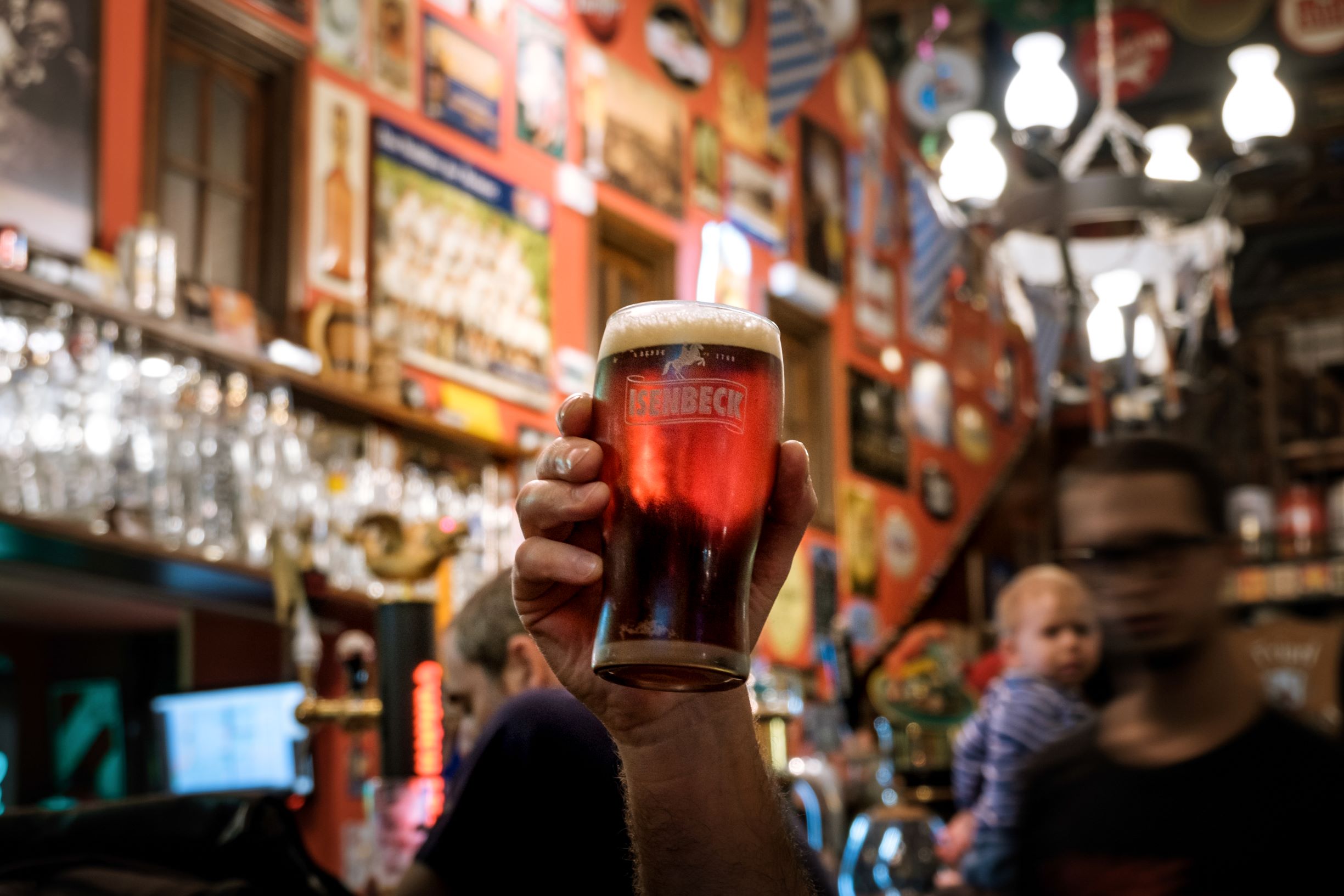 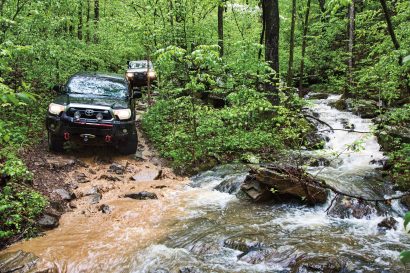 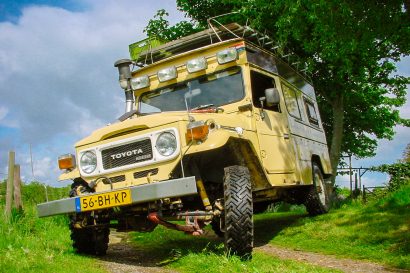 How We Began Our Overland Journey and What We Learned 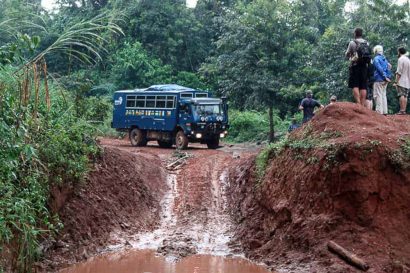