A few months ago I thought it would be cool to convert my turn signals and brake lights to LEDs. I had seen them on my friend Greg’s truck and I liked the crisp on/off quality. I thought it updated the look of the truck and, of course, LEDs use much less power and last practically forever. In this post I’ll tell you everything you need to know to make the switch to LEDs, and I’ll also tell you why I opted not to do it, for now.

First, check the dimensions of the LED bulbs you’re considering against the openings in the lens housings, through which the bulbs must pass. On my 1995 (Gen 2) Mitsubishi Montero I found that a millimeter or two made a difference. All of the bulbs I ordered were a hair wider than the stock bulbs and wouldn’t fit into the housings.

Another consideration is that older lens housings are designed to work with incandescent bulbs, i.e., they’re designed to reflect light from a 360˚ source. If you use an LED that projects only in one direction, light will only appear to come from a small part of the turn signal or brake light lenses. This is especially an issue with the marker lights on some models of ARB bumpers, as the bulbs in the lens housings do not face forward. Even a bulb with multiple LEDs that projects in 360˚, it won’t put out as much light as a standard bulb.

On the plus side, LEDs only draw 170mA, whereas an incandescent bulb will draw about 2 Amps. That’s almost 12x less power consumption. If you need to keep your parking lights, or hazards, on for long periods of time without running the engine, that’s a benefit.

If you decide to move ahead and convert to LEDs, you’ll need to replace your turn signal flasher module with one designed specifically for LEDs. A normal flasher uses resistance in the turn signal circuit to control the flash rate. Since LED bulbs have much less resistance, it throws the flasher off causing the turn signals to blink really fast (hyper flashing). Some sites suggest adding a resistor to the circuit but that creates heat and negates the LEDs low-power-draw benefit. A new flasher isn’t expensive, no more than $15. Some even work with both incandescent and LED bulbs.

This is what the flasher in my Montero looks like. It’s an “EBL” type. That has to do with the positioning of the connector pins. Figure out what type you’ve got and get that one. 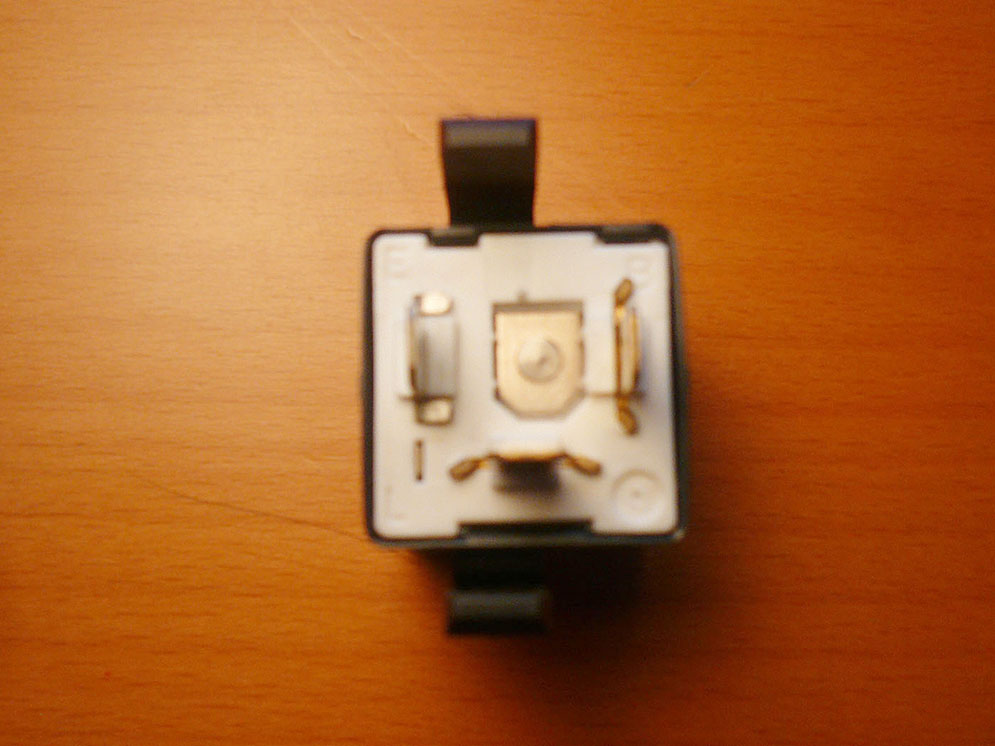 On the Montero, and probably on a lot of Japanese trucks, the flasher can be found on the interior side of the firewall between the engine and passenger compartments. Here I’m taking off the panel below the steering column. Note the opening for the speaker. 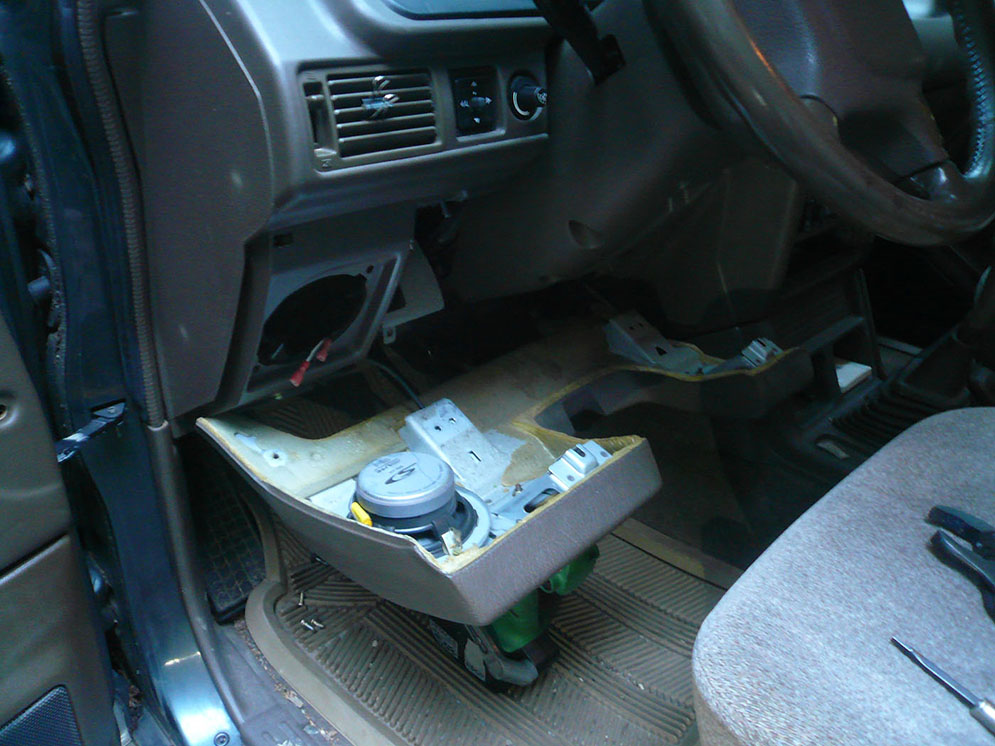 In this view, you can see the speaker opening on the left side of the image. The red arrow points at the flasher relay. The flasher has a pair of plastic hooks by which it snaps into, and holds itself, to its base. These have to be pried away from the base and unhooked in order to remove the flasher, which can be a little tricky. 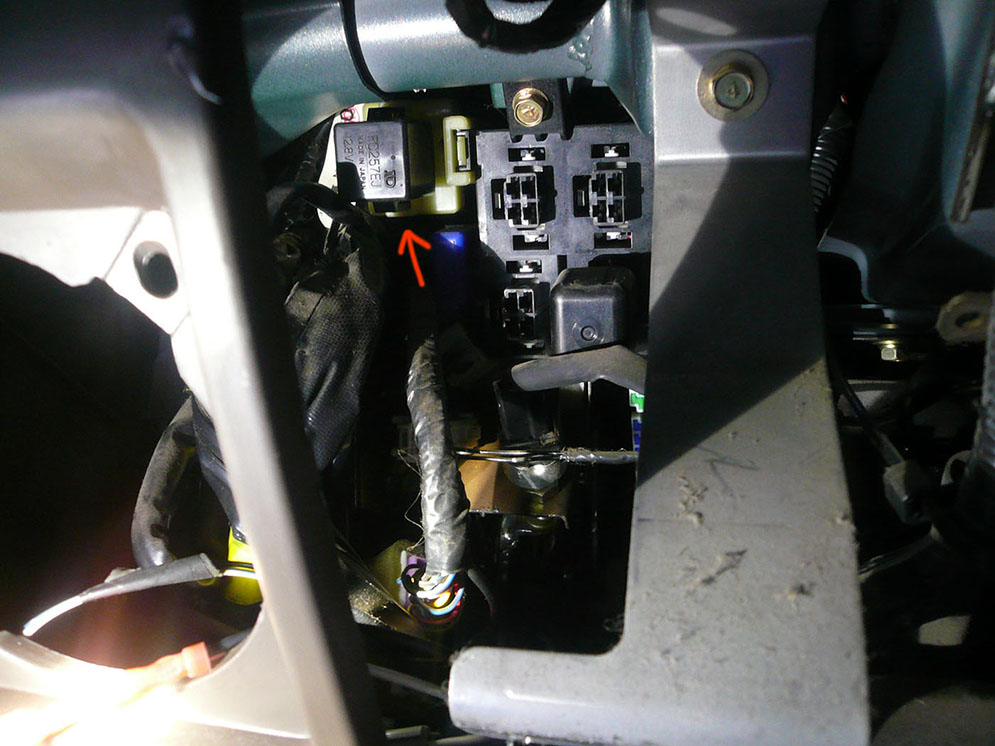 Once you have the new flasher installed, it’s a simple matter of changing the bulbs.