When William S. Harley and Arthur Davidson started selling Harley-Davidson motorcycles in 1903, little did they know how long the business would carry on. The Motor Company has endured for nearly 120 years, through the depression, changes in ownership, good years and lean. And with it, the Harley mystique and rumbling V-twin sound. Harley-Davidson’s Homecoming, a 4-day celebration of the brand’s 120th anniversary, takes place next July 13-16 in–where else?–Milwaukee, Wisconsin. You are invited to attend. See lodging suggestions and get ready to ride.

The Motor Company has had to roll with the punches over years, but they continue to develop new hardware and reinvigorate existing models. The Harley-Davidson Pan America, a water-cooled, 1250 cc V-Twin adventure motorcycle, has been given highest accolades from moto-journalists since its press launch in 2021 (see Heather Lea’s Pan America write-up). Their newest Pan America, in its 3 configurations, is sure to garner more sales, and more converts to the brand.

Plenty of Harley-Davidsons have spent time traversing dirt roads, but not many were made exclusively for it. Most of the company’s dual-sport and dirt bikes were not a 100% Harley’s design or product, nor were they popular here. As a teenager I competed against a few Aermacchi Harley-Davidson Bajas, an imported 2-stroke dirt racer, but a lot more Hodakas. At that time, Harley owned 50% of the Italian company that built the Baja. After buying the entire brand, they put their name on numerous Aermacchi-built 2-strokes. After selling Aermacchi to Cagiva in 1978, the company took a long break from selling multi-surface motorbikes. (Images of later AMF H-D 2-stroke racer courtesy of Harley-Davidson archives) 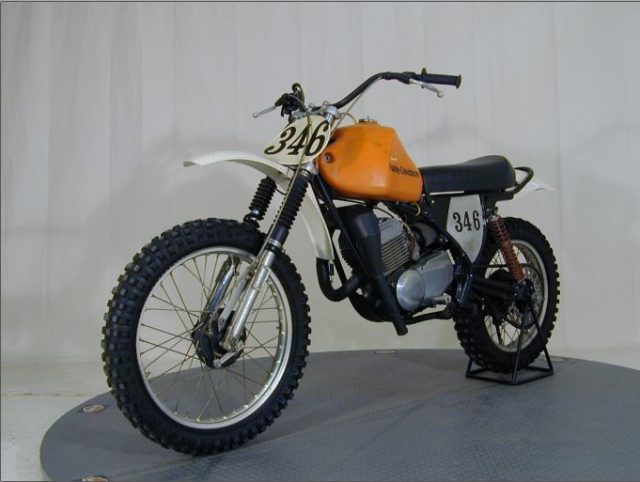 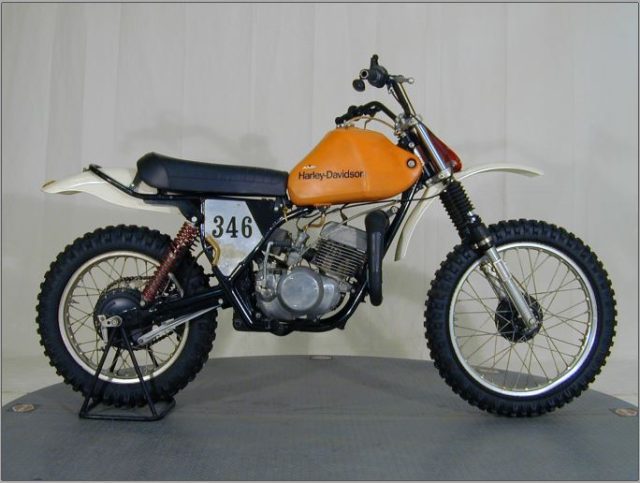 Harley-Davidson sold motorcycles to the armed services in WWI, and in 1941 produced the first military-only WLA model for the U.S. Army. A rifle scabbard, saddlebags, and undercarriage protection were standard equipment. Those that saw combat were likely to have had dirt under their wheels. 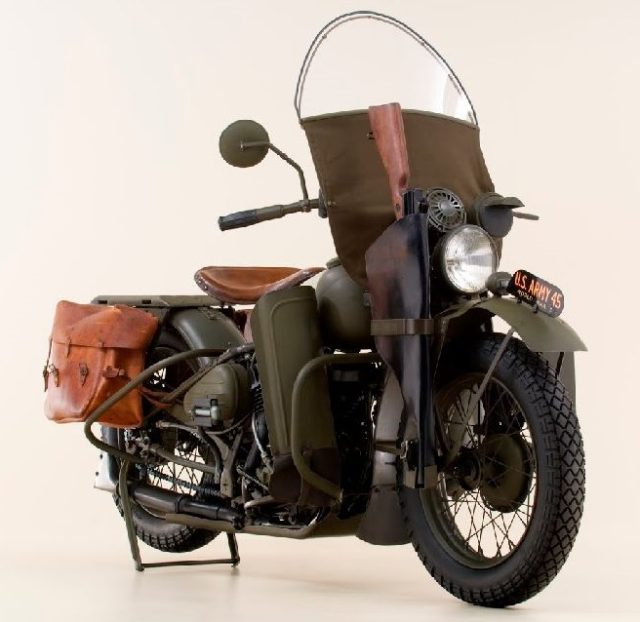 When the Adventure Bike bug bit American riders, it was obvious to Harley they were missing a growing market of younger riders eager to explore the roads less traveled. It’s been a long time coming, including a false start with the H-D Sportster-powered Buell Ulysses, but Harley-Davidson made a bold move in design and purpose in 2021 by introducing the Pan America. And by all measures, a good one. That’s something to celebrate. 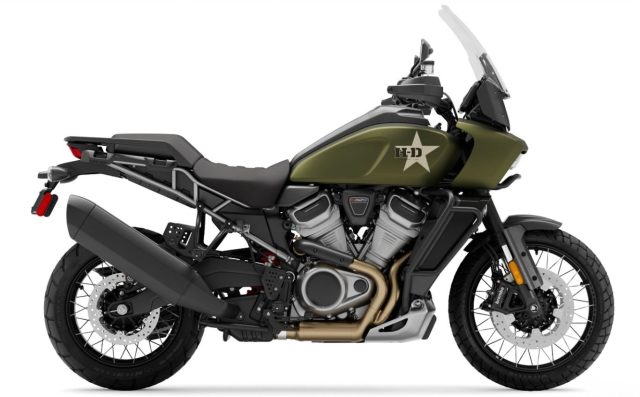 This year, the Motor Company launched their G.I. Enthusiast Collection, “which honors the legacy of Harley-Davidson riders who have served or actively serve in the U.S. Armed Forces,” according to Jochen Zeitz, Chairman, President and CEO Harley-Davidson. One of the first bikes in the collection is a version of the the Pan America,

Riders, enthusiasts, and fans from around the world will gather for a Harley’s four-day festival with food, music, and plenty of motorcycles. Ogle the Mineral Green Denim Deluxe paint on the G.I. Enthusiast Pan America, or take a test ride on something out of the ordinary, like the 121-horsepower Sportster-S, also a 1250 cc V-Twin.

Harley-Davidson’s 120th anniversary Homecoming event will only happen once, and they do know how to celebrate. 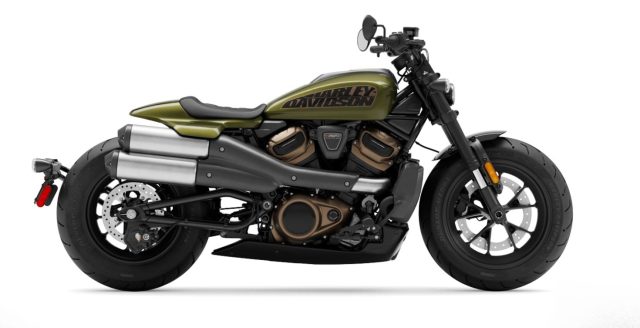 Arden has been riding loaded dual-sports and adventure bikes into the backcountry since high school, following his goal of camping in the middle of nowhere. With stints as a whitewater river guide and National Park Service seasonal in Utah behind him, Arden favors the red rock country, but also enjoys the Mojave Desert and wide open spaces of Nevada. Based in Santa Barbara, California, he has shared stories of his adventures, as well as tests of motorcycles and accessories, in print and on the web for the past 25 years. He's currently riding a Yamaha Ténéré 700 and his aging Suzuki DR-Z 400S.