When you think of Harley Davison motorcycles, do you imagine mud, sand, and mountain roads? Do you think of straight-lining up a sandy slope, or drifting a dirt corner? No? Well, you should because Harley Davidson just added Adventure Touring to their website, where you’ll find the newly revealed Pan America 1250.

If you are now trying to picture a gleaming, growling Harley rocking up a logging road, you’re way off. Harley has gone back to the roots here; back to what their motorcycles were first made for. 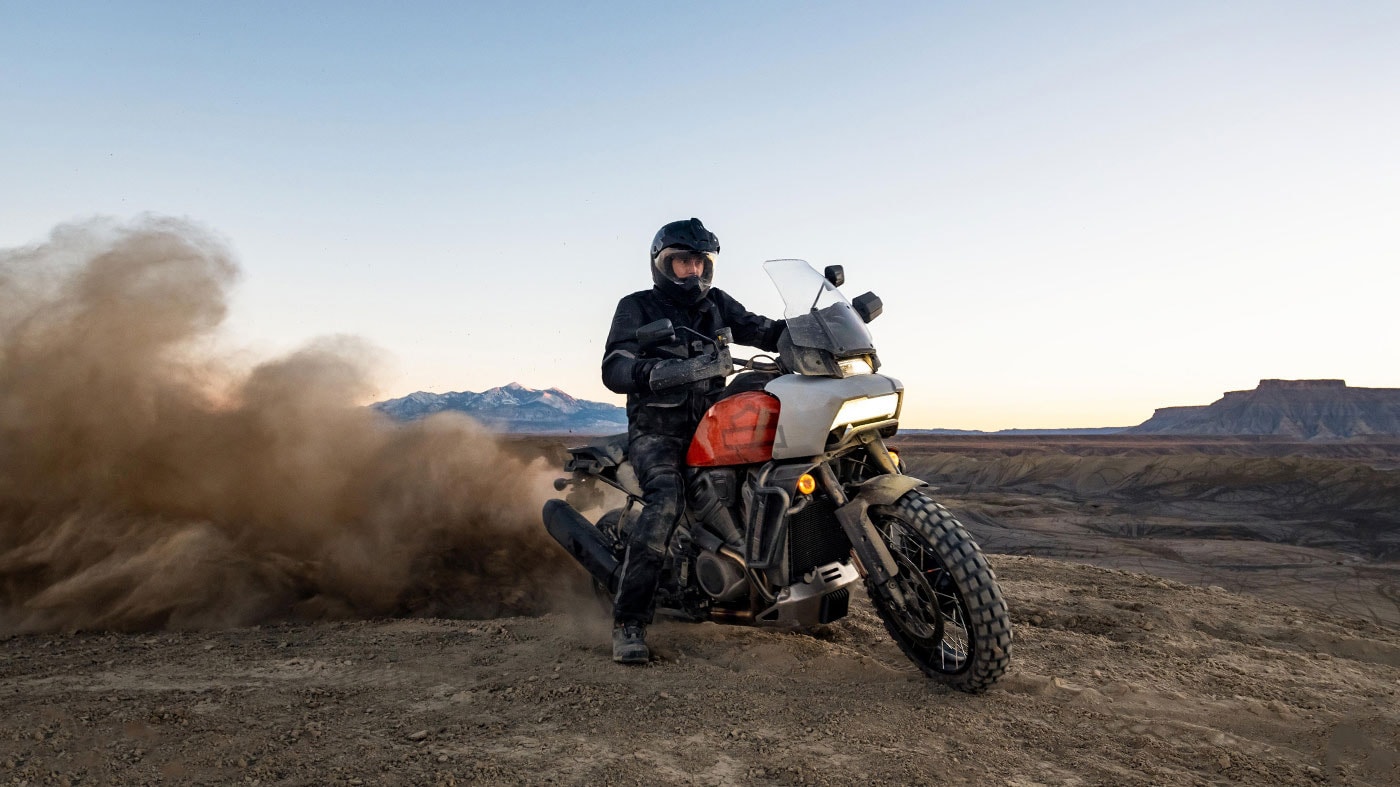 At the end of the 19th century, paved roads weren’t a thing. Vehicles bounced along rutted, washed-out, muddy, uneven surfaces—the type of roads Harley Davidsons were originally built for. In fact, Harley motorcycle sales competed with the horse and buggy. Harleys were used in both world wars and in 1975, Ivan Stewart won the Baja 500 on one. When the ’80s came along, riders wanted something luxurious and cruisy, so Harley filled the demand. Now, the company is reclaiming its adventure travel status from the good old days.

Because the Pan America concept hadn’t been done before, Harley had a lot of creative freedom; but they still wanted to do it the Harley way. The concept design was to keep the engine visible, and also make it stiff enough to be a central member of the frame. The Pan America will top 135 mph fully loaded and is said to corner like a street bike. With the handy touch of a button, riders can turn the Pan America into a sport-mode or cruiser. 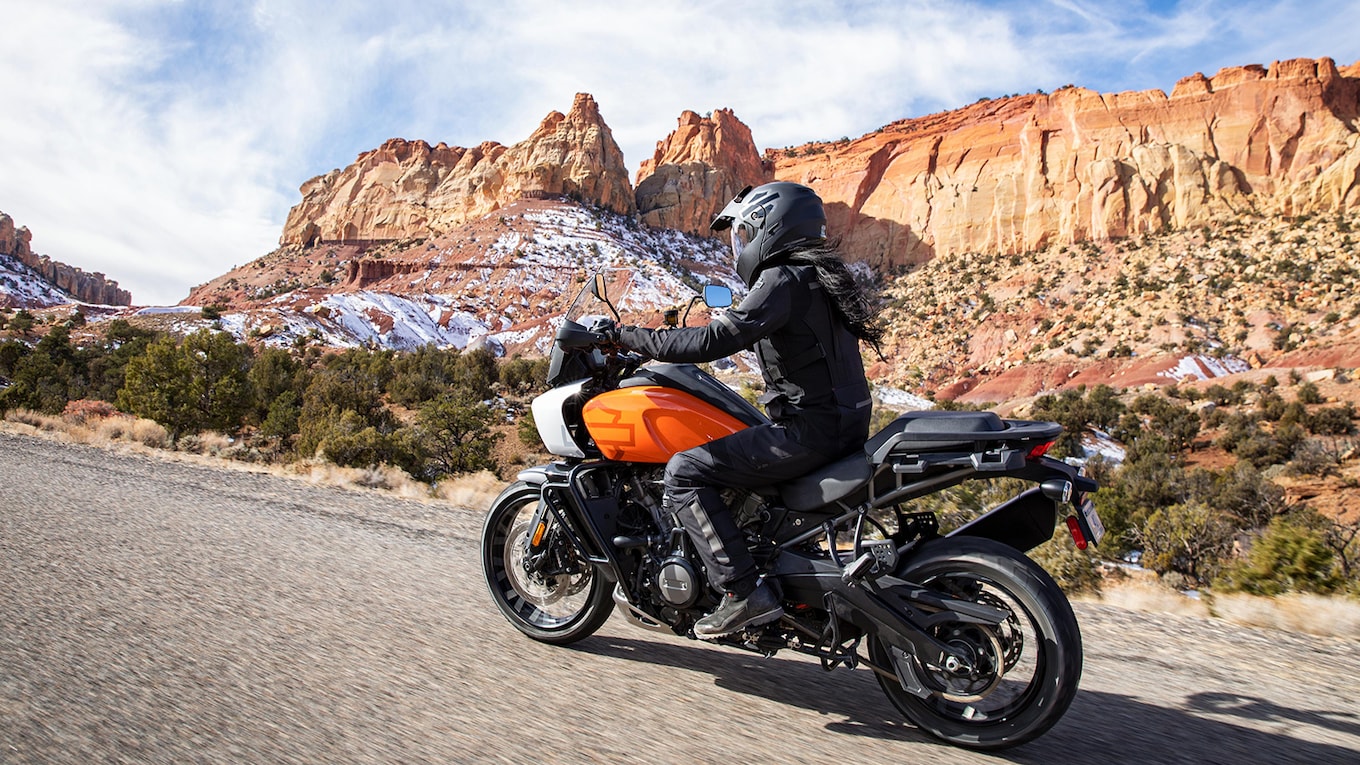 As the first manufacturer to incorporate Adaptive Ride Height in a motorcycle, Harley appeals right off the bat to those of us on the shorter side. The system lowers the bike when the rider stops, then builds pressure through a pump to rise again on lift-off.

The long-standing company appears to have thought of everything when going after the adventure rider market, including: 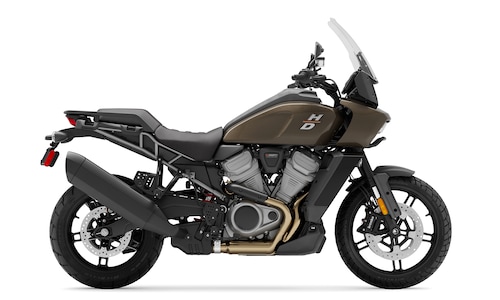 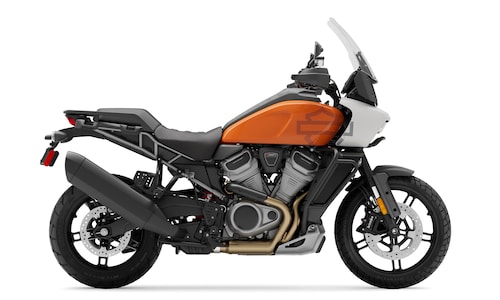 Riders can get suited up for adventure at the dealership with bike protection like engine guards, along with off-roading gear from head to toe. Three different types of luggage systems are also available, including aluminum hard cases and Harley-branded soft bags.

I’m interested to see how the Pan America 1250 is received by the ADV crowd. For one, the weight at 547 pounds might be too heavy for some. The starting price tag is steep, but competitive with BMW’s 1200 GS.

In the end, one thing is certain: this is not the Harley you clean and polish daily. As Bill Rodencal, Harley Davidson Museum Collections Lead, says: “What’s a road? To a motorcycle, what isn’t?” 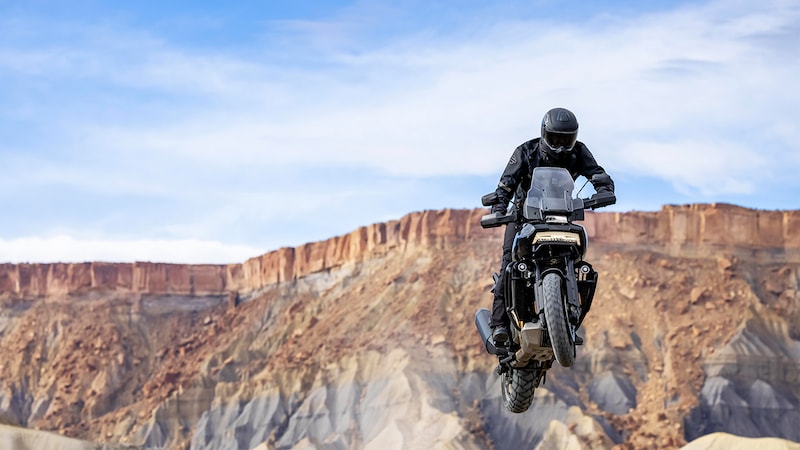 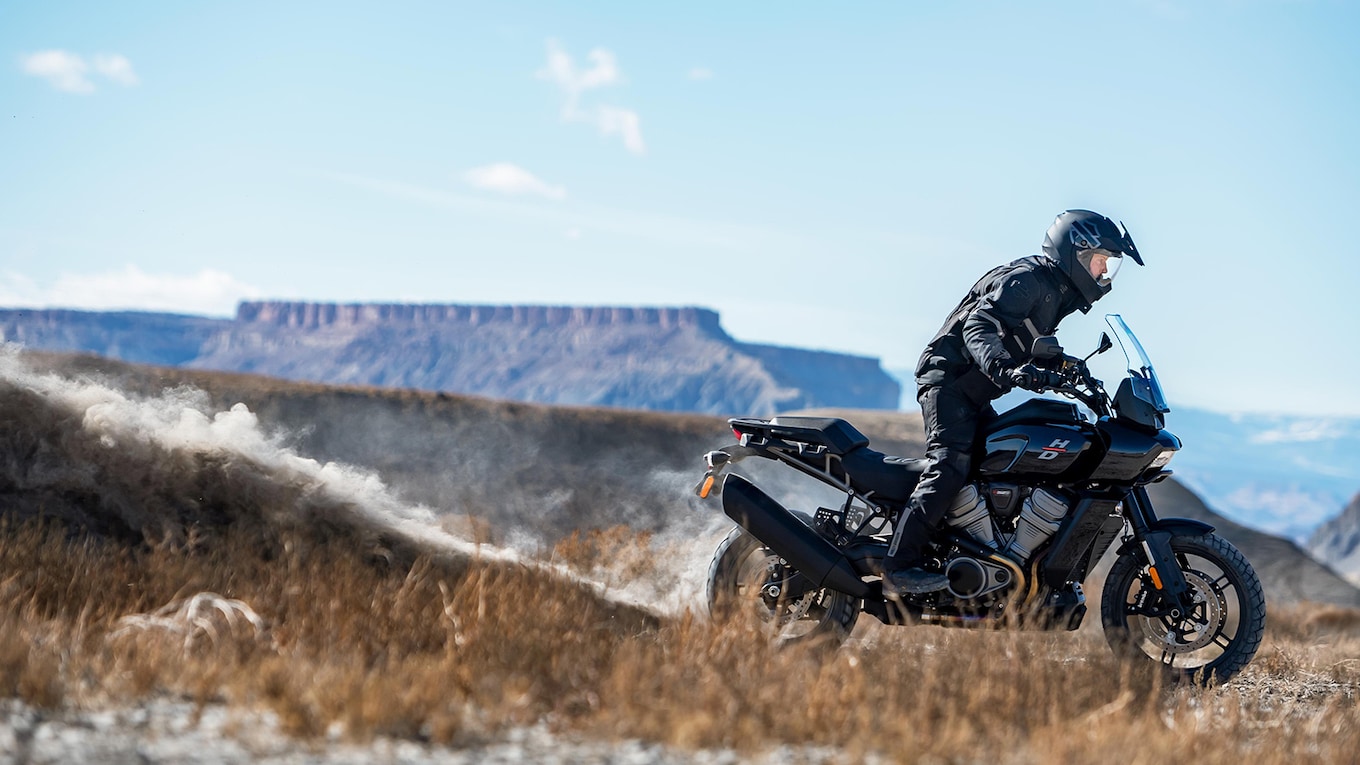 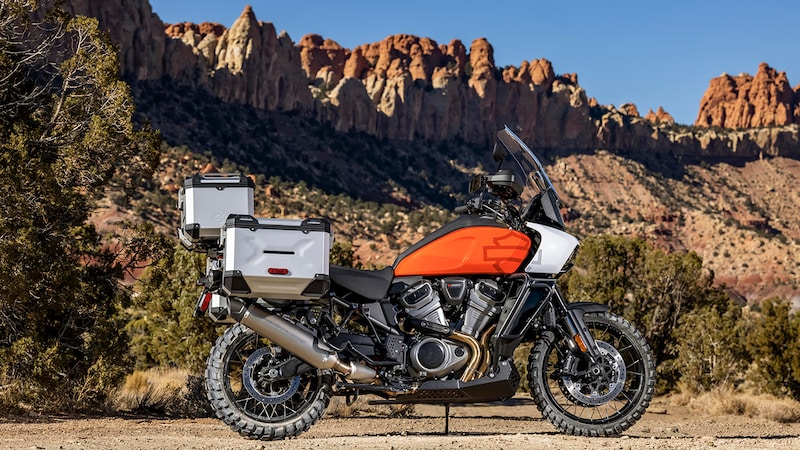 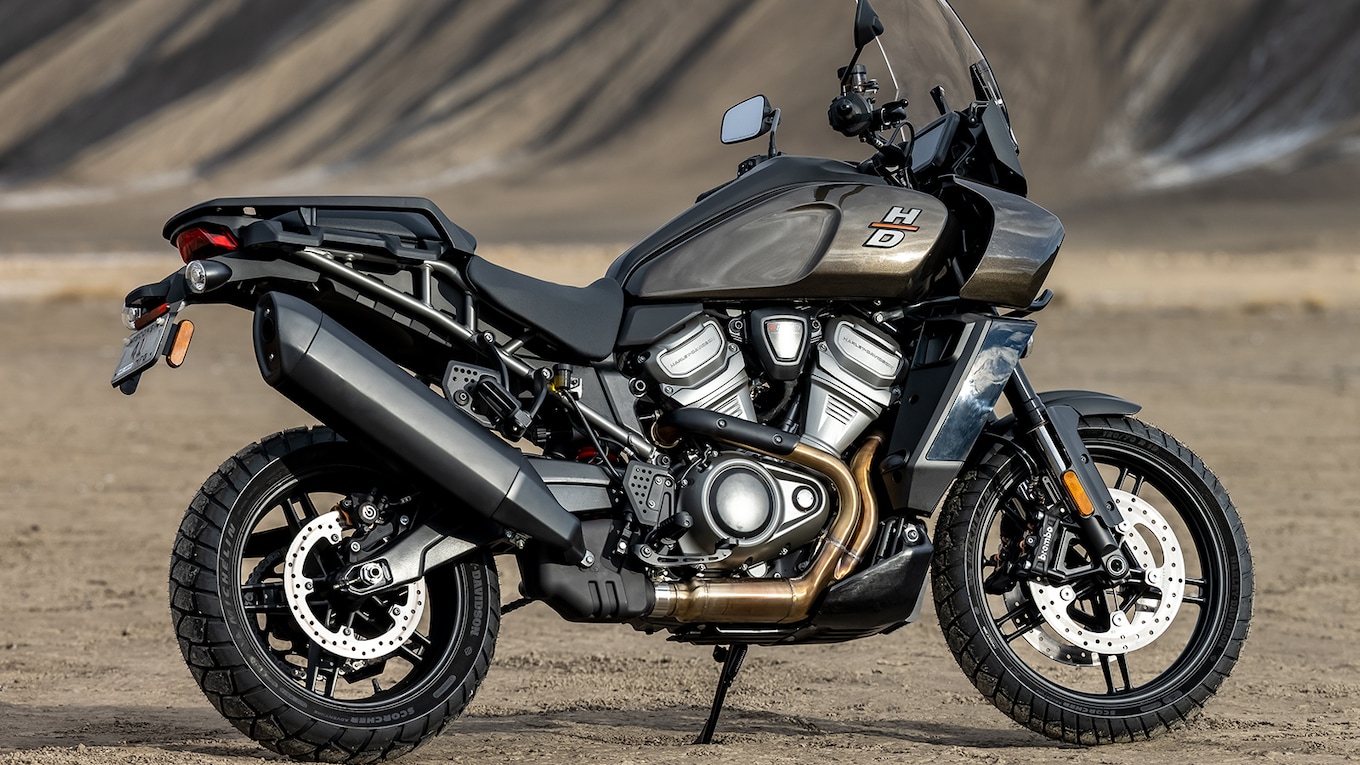