It took a lot of dirt to raise Jon Birkmire. A lot of water, too.

As a child growing up in Florida, there’s hardly a river, beach, or dirt road he hasn’t explored in the peninsula state known for its abundance of coastline, swamps, alligators, and snakes. So ten years ago when he discovered Florida had no adventure trail, he made it his mission to create one. On November 1, that GPX route is being made available to others who want to overland in a state that many people claim isn’t overlandable. 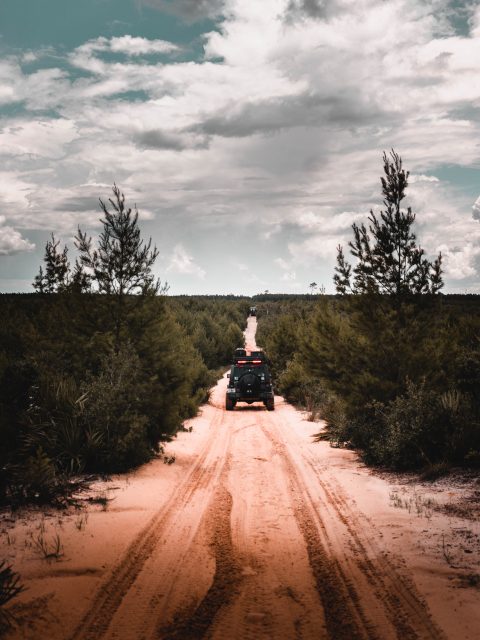 “At that time I really wasn’t into overlanding. I was into racing,” says the 31-year-old pastor from Newberry, Florida. “I was into motorcycles but not dual sport bikes.” Back then, Jon lived in the rural panhandle town of Crestview. “There was literally nothing to do there. At the time I had a Jeep, and so I started driving into the woods at Eglin Air Force Base and through the Blackwater River State Forest.”

Jon had examined the South East Adventure Trail but says it lacked any substantial coverage in Florida. “It’s a really big route that goes through five or six states, and it says it goes into Florida, but it only dips down about ten miles inland. It doesn’t really go into Florida at all.” 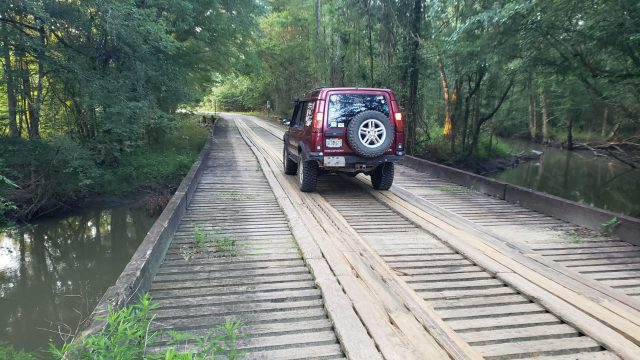 That’s when the mapping started. Jon began to document the roads he traveled in his youth, retracing the paths and connections he had explored growing up as the oldest of four siblings.

Scouting was daunting at times, he says. “This is diverse terrain. All along this route, you’re going to experience flat gravel roads, lime rock roads, gnarly sugar sand, mud, and clay,” he says. Once, a friend helping him entered a river with an unknown hole in the intake tube of his Land Rover Discovery II, and Jon had to tow him out. “It was only about a mile, but it was nothing but mud hole after mud hole.” 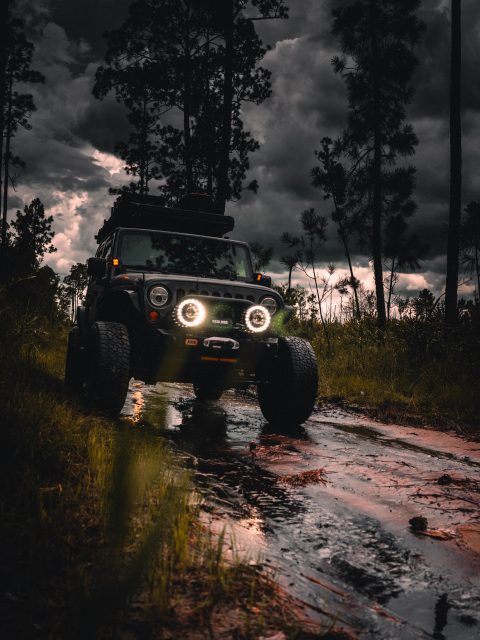 The route is just under 70 percent dirt and offers some 35 significant deep water crossings, but Jon says he created bypass routes for adventure bikes. Deep waters can be dangerous, especially after heavy rains, so do not attempt deep water crossings unless necessary. “These aren’t mud puddles. They’re creeks and rivers. There’s an iconic one in Osceola that’s deep and long and wide and pretty intimidating.”

Mapping was hindered by public road closures due to logging and the time it took to visit the more than 100 campsites logged on the trail, along with fuel and food stops, and the like. 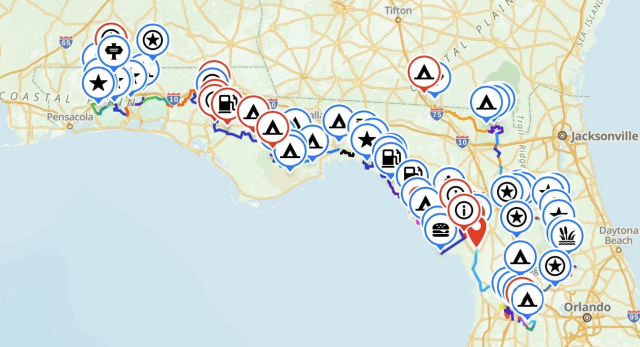 “That was Step 1. Then came Step 2, which was connecting these roads in a way that isn’t inconvenient. I did a grid system where I’d do 40 or 50 lines of gridded roads, then I’d go out and drive all of them, take notes, come back and put them into my system,” he says. “Thousands of miles and dollars later, and with the help of friends who helped me scout, Florida has an adventure trail.” 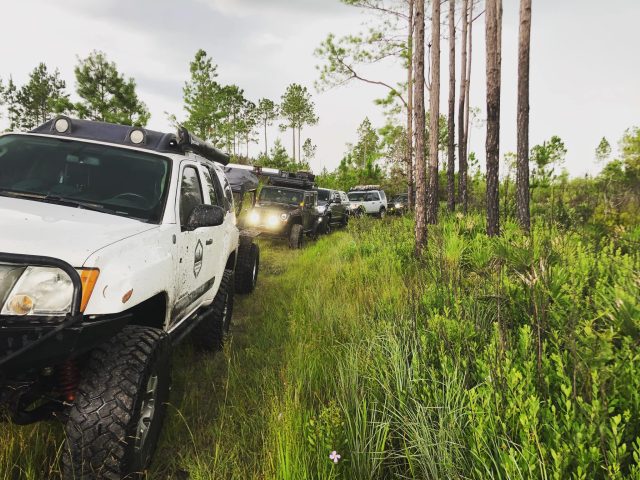 The most difficult trails are clearly marked. “It’s important to remember that Florida gets tons of water in different seasons,” Jon says, noting the ride will take at minimum five to six days to complete. 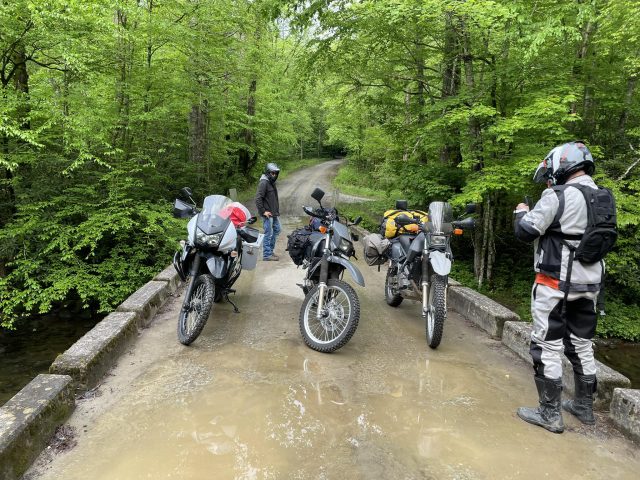 These days, Jon travels the back woods adventure trails with his wife, Ashley, and two dogs, Cody and Jake in their 2010 Nissan Xterra Pro-4x. On some days, he heads out on his GPX 250, riding the trails he cut his teeth on as a boy.

“My dad grew up super poor in Ohio, and his dream was to live in Florida. So, when we moved here, he said, ‘We’re doing all the Florida things. We’re going to go to all the springs, and we’re going to canoe the entire Wekiva River.’ Well, Florida has a million springs with tons of history and little towns, and as a kid, we would go and do these day trips and weekend adventures. We’d go into the Ocala National Forest and ride dirtbikes, and we did canoe the Wekiva, but I’m not sure we actually knew what we were doing. I’m super grateful to him.”

Jon says he hopes to dispel the myth that Florida isn’t for overlanders. 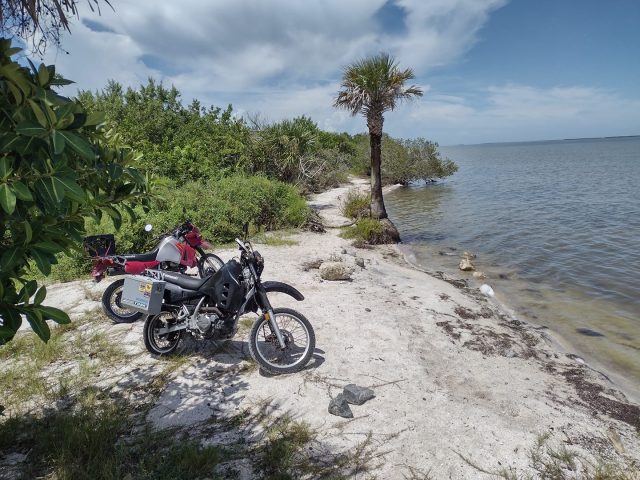 “People think the only places to see here are the Ocala National Forest and the Citrus Wildlife Management Area,” he says. “But I love all the places nobody knows about, like the west coast that goes up into the Big Bend Wildlife Management area. That whole section, there’s no road closer to the Gulf than on this road. The section through Tate’s Hell State Forest with its history, and the section through Apalachicola is really cool as well. 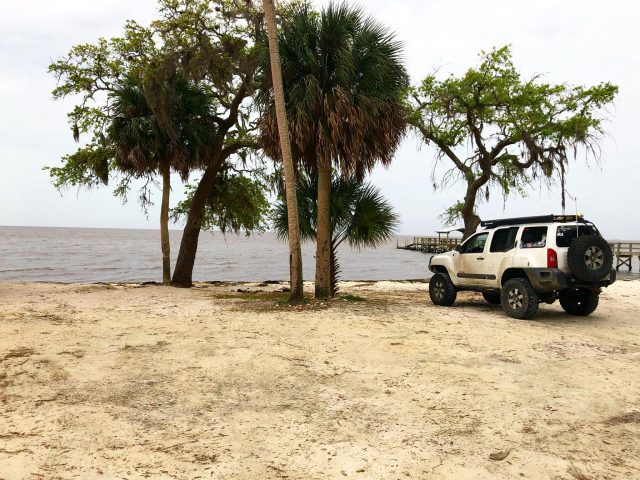 “The further you get into the panhandle, you’re in the southernmost Appalachian divide. The flora and fauna totally begin to change here. The terrain becomes different, and now you’re along the ocean. The east coast of Florida is still populated, but the west coast is still wild. There’s no light pollution, and there are great beach camping spots. It’s a good mix of trails of beautiful hard-packed stuff where you can get out and rip on a bike, and then there’s more technical stuff for serious off-roaders.”

Preserves here include coastal dune lakes populated with birds, fish, bears, bobcats, deer, and more. These lakes are so rare that there are only 25 in existence worldwide. The vegetation is so abundant with flowers that in 1513 the Spanish explorer Juan Ponce de Leon, gave the state its name, meaning “Feast of Flowers.”

His favorite areas are the Richloam Wildlife Management Area where there are points of interest, such as historical landmarks and unique restaurants, and the Town of Micanopy, the oldest inland town in Florida. 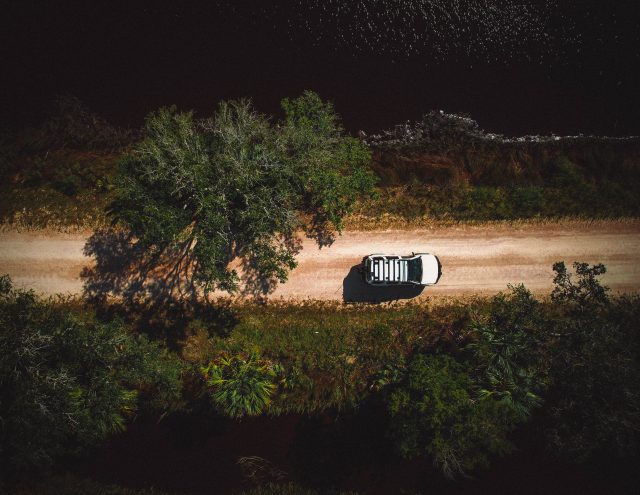 “People think there’s nowhere cool to adventure in Florida, that there’s no good camping, that you have to go to Utah or Georgia or North Carolina for that, but that’s not true,” Jon says. “There’s an adventure in your own backyard, and you just have to find it. A lot of people sit at home for years because they’re planning on doing the TAT (Trans America Trail), but they miss out on really cool adventures while they’re waiting.” To explore Florida’s coastal panhandle area further, see Expedition Portal’s feature on 30A here. 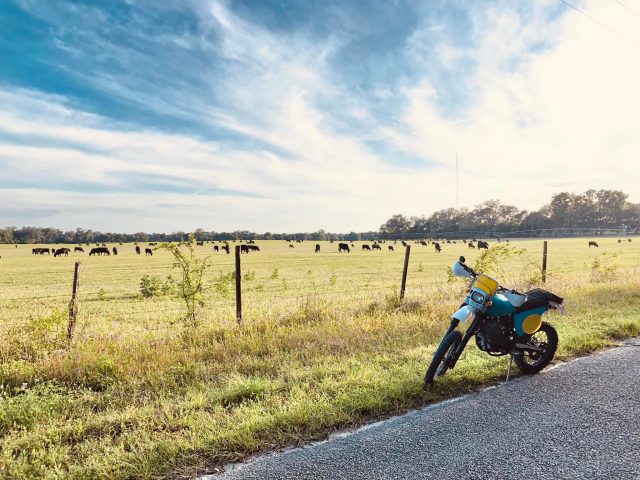 Although the route is sold for $20, Jon isn’t making much money on the project. Proceeds benefit the Wounded Warrior Project, and already the FAT has donated $500 to that cause. Proceeds are also used to clean and maintain trails. “We show up with a keg and some food and stickers and do quarterly clean-ups based on region. I have friends who live in each of the four regions who help out with that.” 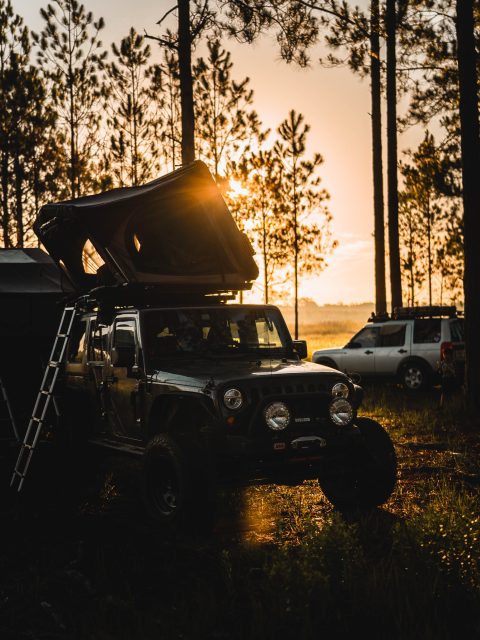 “This isn’t cinema-quality,” he says. The videos are rugged and down to earth. “I would much rather be in the woods, camping or riding adventure bikes or dual sports, putting food on the grill or spending time with my family than editing video.”

Still, the videos offer a series Jon calls Waypoints to direct adventurers to campsites, gas stops, eateries, historic sites, and other points of interest. “All the things we think you need to see. There is amazing stuff in these southern areas, and I hope that over time people from out west can experience what the south has to offer,” he says. “As a pastor, I sit across from men and women who don’t have hope and who miss out on a life that can be so good. When we connect with the outdoors, it makes us feel alive.”