In late June 2005, expeditionportal.com (known as ExPo) went live, serving initially as a community forum, and now as one of the world’s largest online overland resources for the vehicle-based adventure traveler. While the website has grown continually since 2005, growth has accelerated in recent years because of the rising popularity of overlanding.

“The goal of the website has always been to support the overlander with a moderated community forum and daily home page editorial. Being travelers ourselves, we are passionate about the subject matter, and live it on a daily basis. The Expedition Portal team has traveled across all seven continents and has explored over 160 countries. This collective experience is unique in the industry and helps ensure quality and well-informed editorial.” says Scott Brady, Founder and CEO. 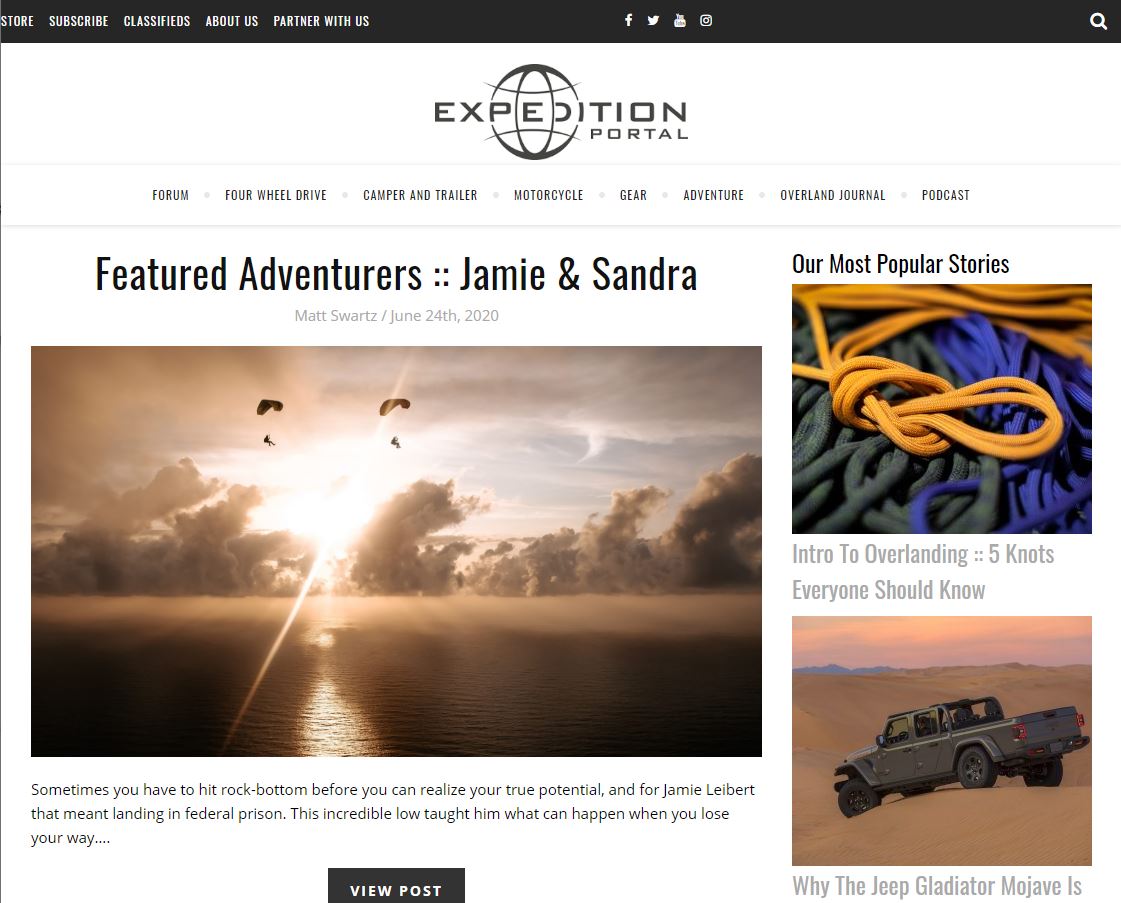 The site’s scope and technology continue to evolve with the growth of the overland industry, including a recent migration to XenForo forums, and significant improvements to both SEO and editorial scheduling. Those changes have helped ensure expeditionportal.com remains the most visited overland resource on the web. According to Overland International’s Chief Technology Officer Christian Pelletier, “For the past 18 months, we have focused on refining and improving our technology infrastructure, which has resulted in better performance and Google rankings. We have several exciting new technologies coming on line in late 2020.”

Business development has also followed suit, with Expedition Portal becoming a preferred advertising resource for the overland industry. “Our revenue growth has been positively influenced by our industry-leading traffic numbers. We focus on tailored advertising opportunities for our clients, serving highly targeted digital campaigns. In addition, we also tightly control the quality of the products and services being advertised, while also having a strict No Advertorial Policy. This ensures the readers are always served ethical journalism,” says Overland International’s Chief Business Development Officer Brian McVickers.

Scott Brady wrapped up his thoughts on the 15 anniversary with “Expedition Portal wouldn’t exist without the hundreds of thousands of members and millions of readers. Forum members often help other members with subjects as broad as crossing the Darien Gap, or what suspension should be installed on a Toyota Tacoma. Our Administrator, Dendy Jarrett has worked tirelessly to support the needs of the members, as have the numerous moderators, editors, and contributors.”

The future remains bright for the overland industry with rapid expansion into both the general outdoor and automotive consumer segments. The Overland International team is grateful for the last 15 years and looks forward to the next decades of sharing overlanding with the globe. 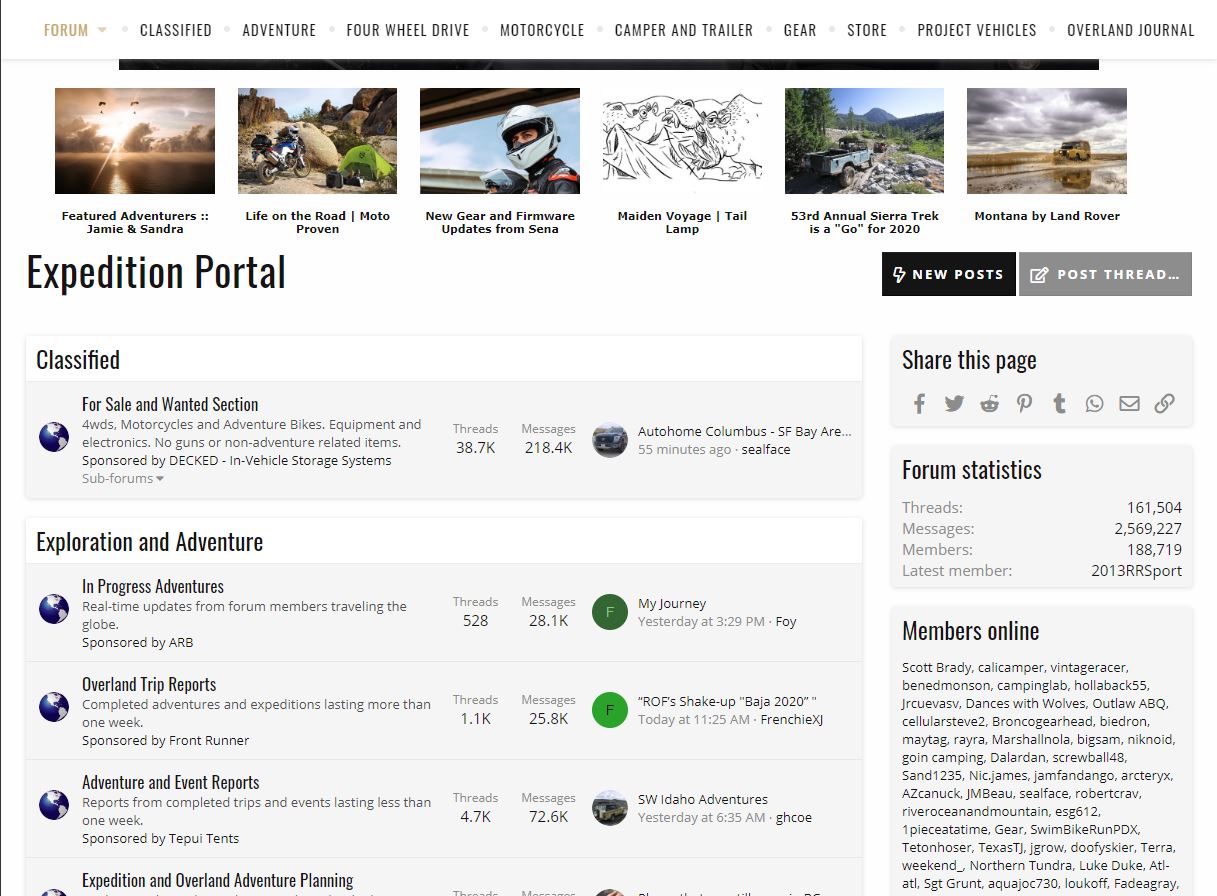 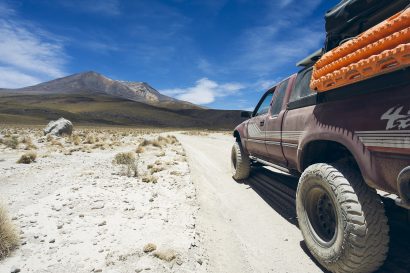 Desk to Glory: The Lagunas Route 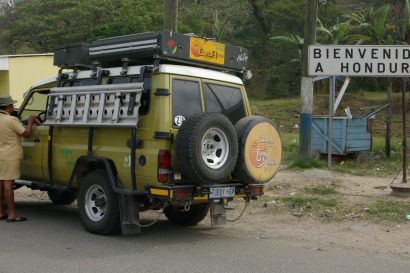 The Americas with Tubby Explorer: Part 16 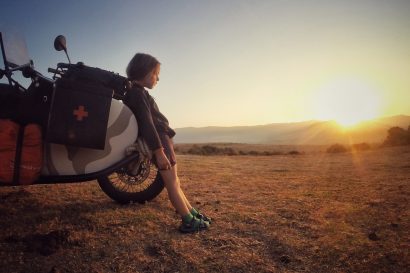