I have seen more KLRs used for around-the-world adventures than any other motorcycle. In fact, the KLR is so common for serious travel that I would bet it has the next most popular model beat five-to-one. Sure, you see the occasional BMW Dakar, but the big adventure bikes seem to be, well, conspicuously absent. This is not to say that a 1200GSA is not appropriate for big trips, but they are typically used in tagalong tours or on higher profile productions. For individual travelers or small groups, the KLR owns the crown.

While testing the new Kawasaki during a 600-mile trek in the Mojave Desert and Death Valley, I contemplated the factors that make this motorcycle so perfect for a circumnavigation or meander down the Pan American. The KLR is the ideal blend of value, reliability, durability, fuel range, and capability. For $6,500 USD you get a Japanese motorcycle nearly ready to ride around the world—and at that price you would not commit hara-kiri if it were stolen in Turkmenistan or fell off a ferry in Siberia. At one point during the testing our group was bombing down a beautiful section of pavement and my mind drifted towards the cost of this particular bike and a global circumnavigation. With a few rough calculations I was pretty certain that one could not only buy the KLR650, but also outfit it for expedition travel and actually ride it around the world for the same price as a new GS Adventure. Turns out you can. 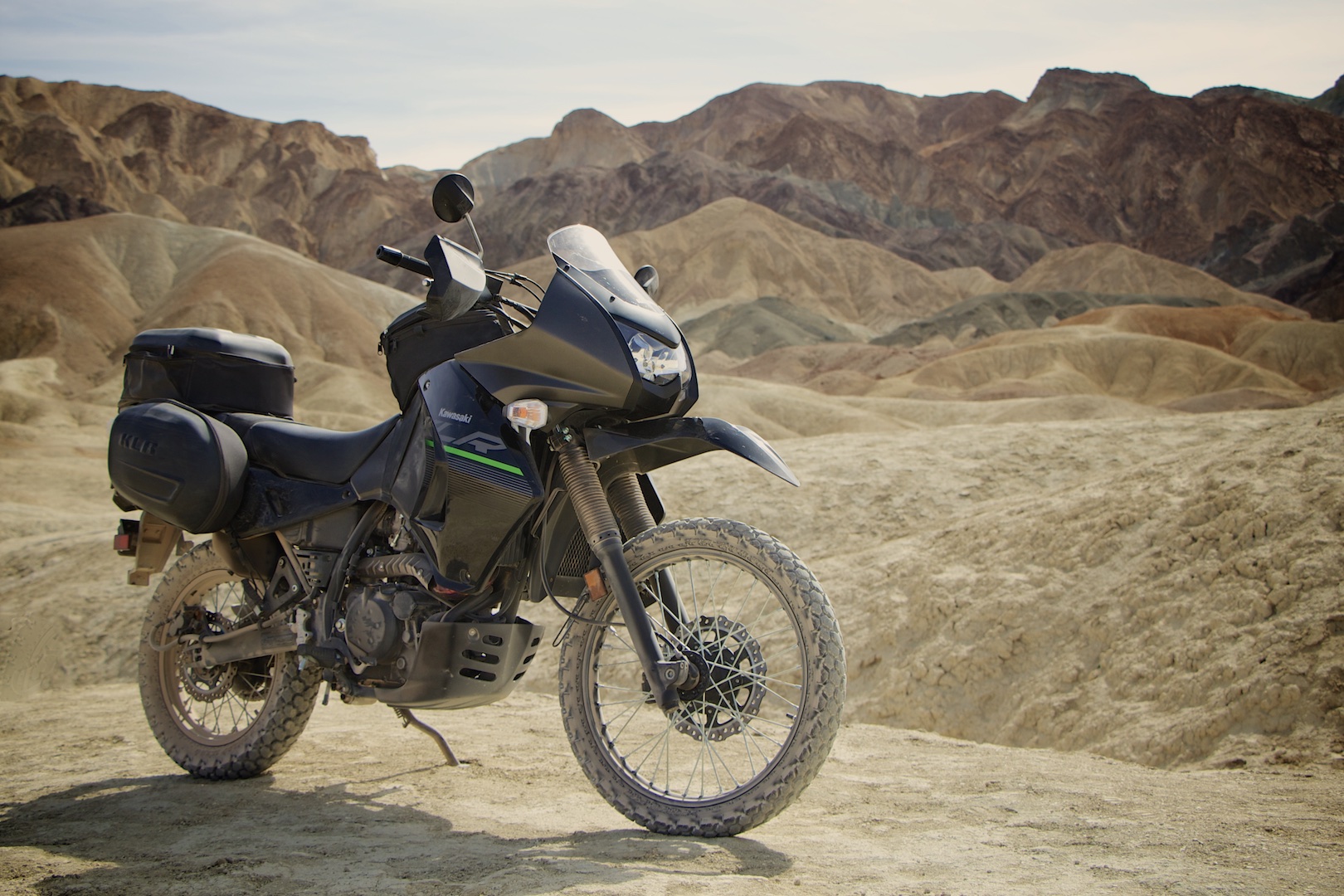 In more challenging terrain the need for a few modifications becomes apparent, particularly a wide traction foot peg and bar risers. An aftermarket metal skid plate will do a better job of protecting the soft bits, but otherwise, the KLR is ready for anything from the Trans-America Trail to the Wakhan Corridor.

Prudhoe Bay and Uzbekistan
My travel daydream drifted further into the details, and I considered the route I would take. Starting in Prudhoe Bay, Alaska (of course), I would need the 6.1 gallon fuel tank to make the 240-mile distance between Coldfoot and Deadhorse; this is just within the range of the KLR on a gravel road with a full load. The KLR’s range would also be tested in Central Asia where fuel is scarce, such as in Uzbekistan, and along the Pamir Highway and Wakhan Corridor. On my last trip there we went 450 miles between fuel availability, so even with an MSR bottle or two, the KLR is likely to come up short, and the GSA would have an advantage. But sourcing fuel is often where the adventure really begins, stopping at little shops and markets searching for those last two gallons of unleaded. With black market gas, the KLR is also a win, as any fuel found will likely be mixed with unmentionables; its Keihin CVK40 carburetor should gulp it down just fine. 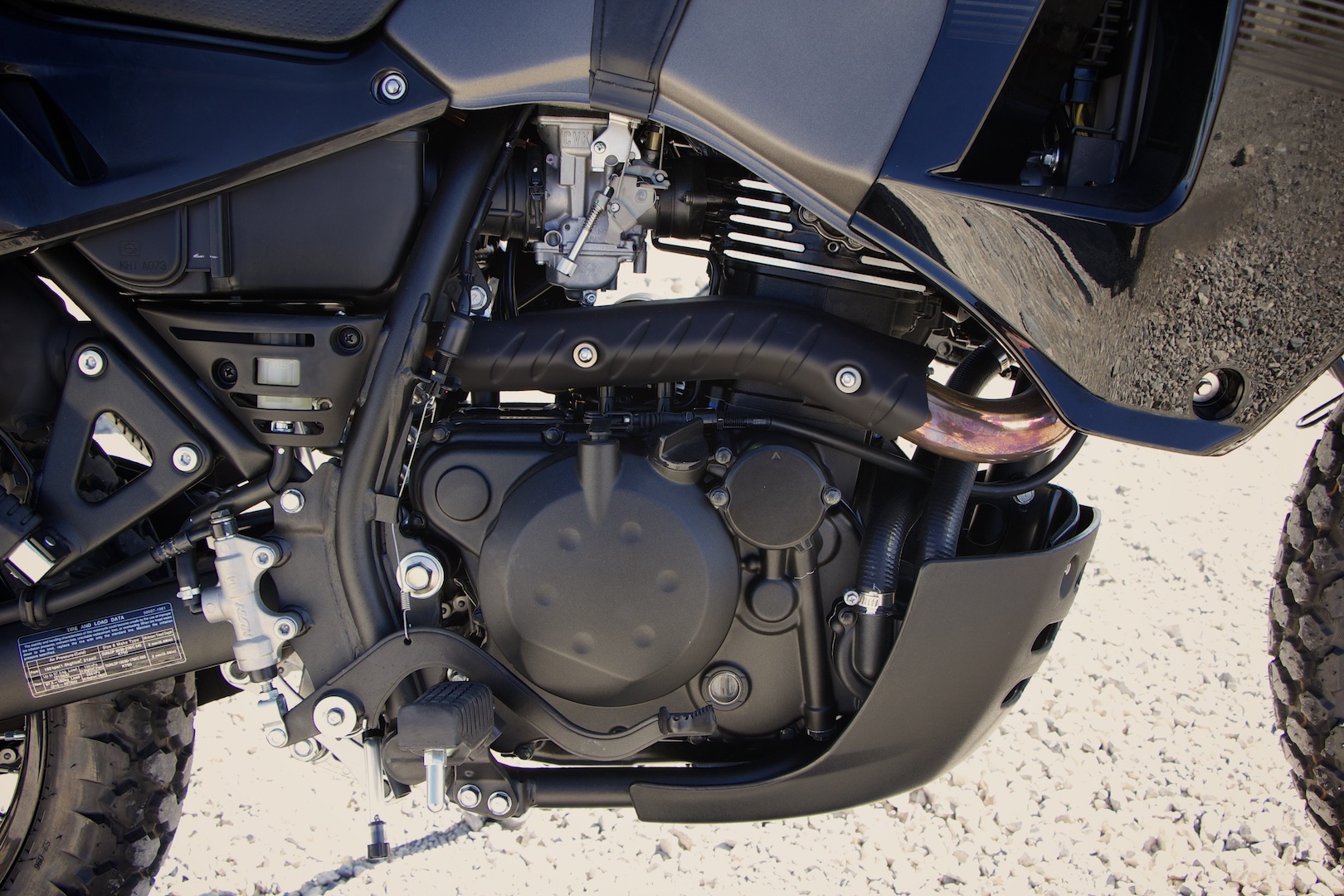 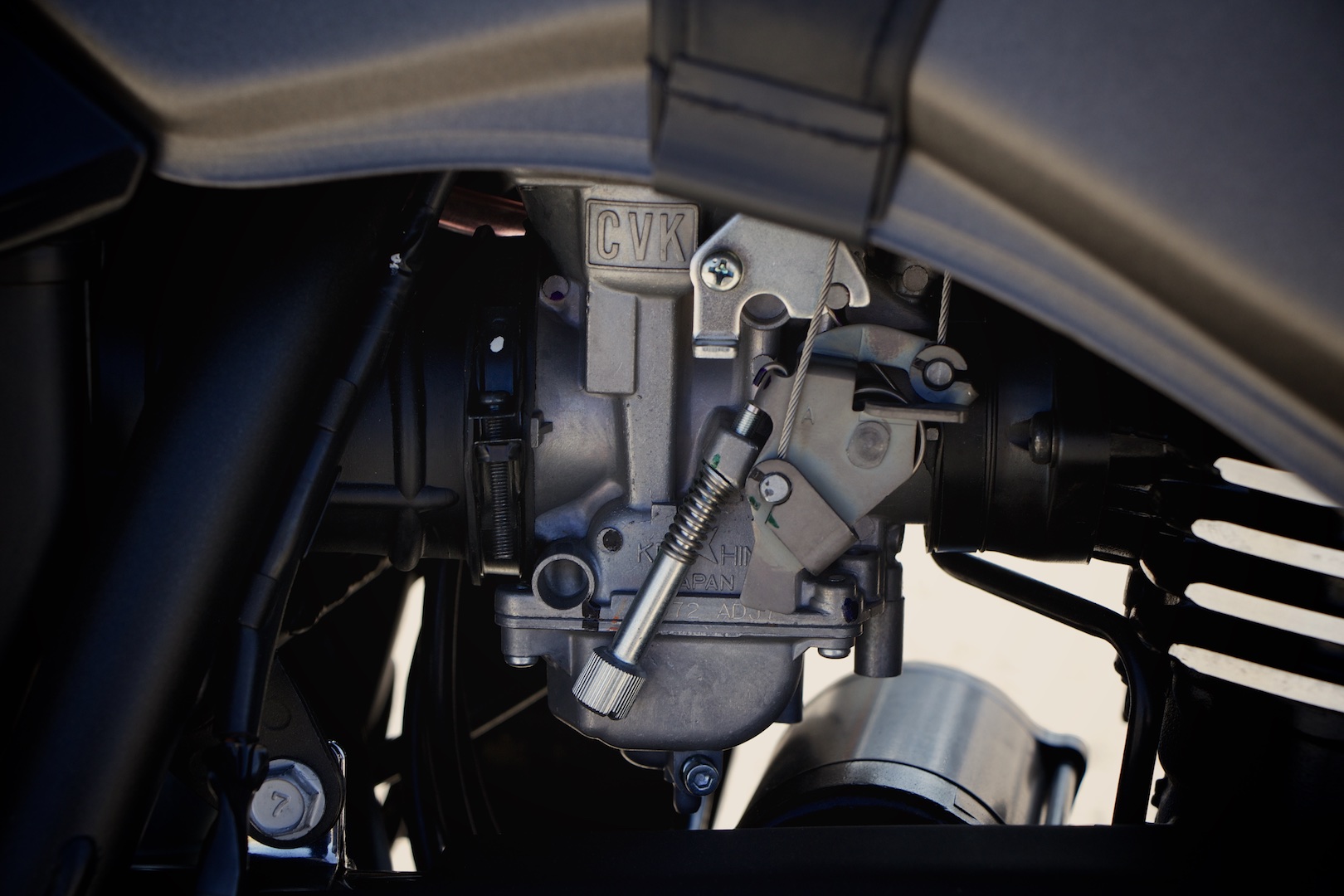 The 651cc DOHC 4-stroke is simple and proven, and it is not uncommon for KLRs to run reliably for over 100,000 miles—not to mention they are infinitely more field serviceable.

Crossing North America
A ride across North America involves a lot of smooth highway miles, interspersed with brilliant backcountry challenges. With a little extra time the route could also include one of the greatest overland routes in the Americas, the Trans-America Trail (TAT). For this challenge the dirt performance of the KLR would show its mettle with a proper 21-inch front wheel, nearly 8 inches of suspension travel, and 150 pounds less heft than the big BMW. Having ridden the TAT on a KTM 950, I believe the KLR would be a great choice and more than suitable. However, this is where the first few modifications would be required, including 30 mm bar risers for better standing comfort, and wide traction pegs for grip and leverage. It would also be a good idea to install a Touratech skid plate to protect the engine case—the factory plastic plate would only survive a few glancing blows before contributing to the landfill.

On a route like the TAT, the upgraded suspension of the 2014 model will make a huge difference. With a loaded KLR on technical terrain, the 40-percent stiffer front springs and 63-percent stiffer rear springs (over the 2013 model) will help keep the bike from bottoming out, while the firmer valving will help improve control and line holding. First gear is low, and the big thumper provides as much torque off-idle as a John Deere; this is a big plus when negotiating the high mountain passes of Colorado and Utah. 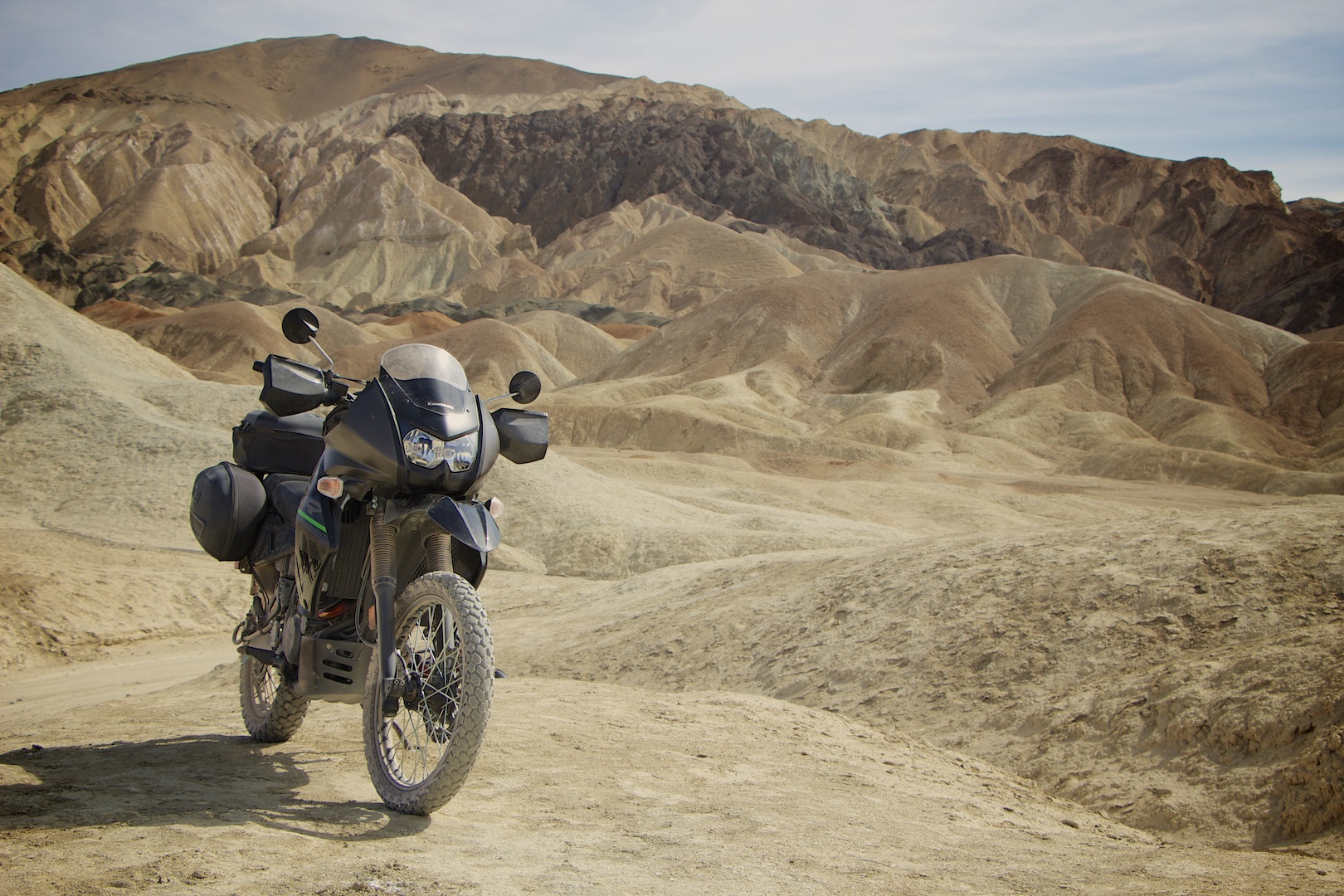 Europe and Asia
Crossing Europe requires a lot of highway miles and there are limited opportunities for off-pavement forays. For this type of travel the KLR’s new seat is a bonus. It is wider and more supportive at the back, with thicker foam and a higher quality cover. It narrows considerably at the front, which improves movement while standing, and makes it easier to get a foot to the ground. The new seat impressed me during a 200-mile highway run in Nevada and is a huge improvement over the outgoing version. On the interstate, the 650 held its own, easily maintaining 80-mph speeds with minimal wander and good stability in crosswinds. Vibrations are kept in check but are still there, the result being more frequent stops than when riding a big adventure tourer. Once out of Europe the need for more power would fade away, and the smaller, more nimble characteristics of the Kawasaki would be a welcome attribute en route to Samarkand and Ulan Bator.

In Central Asia and Mongolia the simplicity, durability, and repairability of the KLR would be a distinct advantage. Kawasaki has improved the KLR’s cam chain tensioner (doohickey), and contrary to recent trends, retained a carburetor. I view a carburetor as an advantage in remote regions, particularly where questionable fuel quality is present; repair shops along the northern route through Mongolia will also know how to repair a Keihin carb and replace a chain. Once into Russia, as the route continues into Vladivostok and the shipment home; there it is all about dodging potholes and drunk drivers. 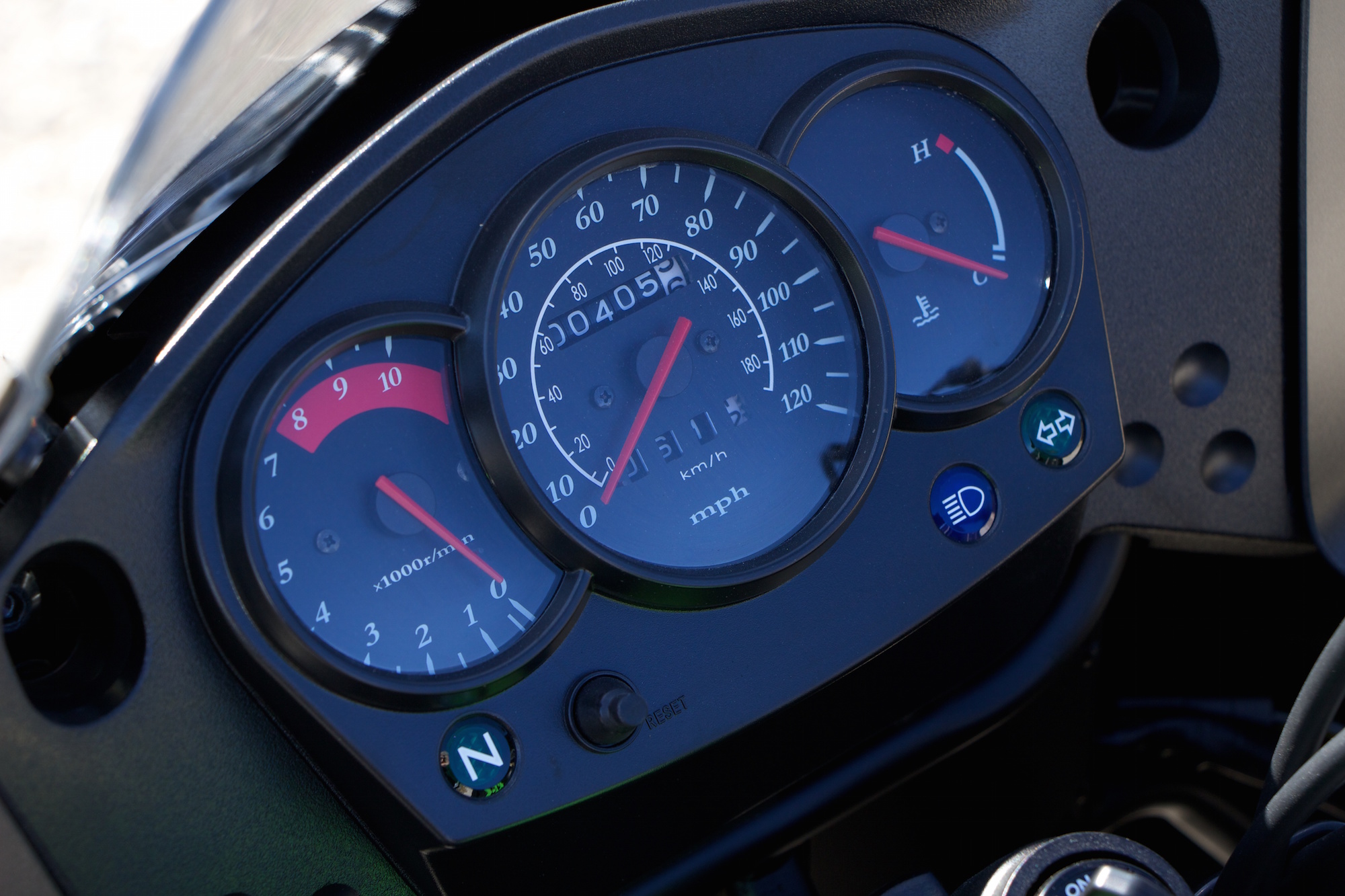 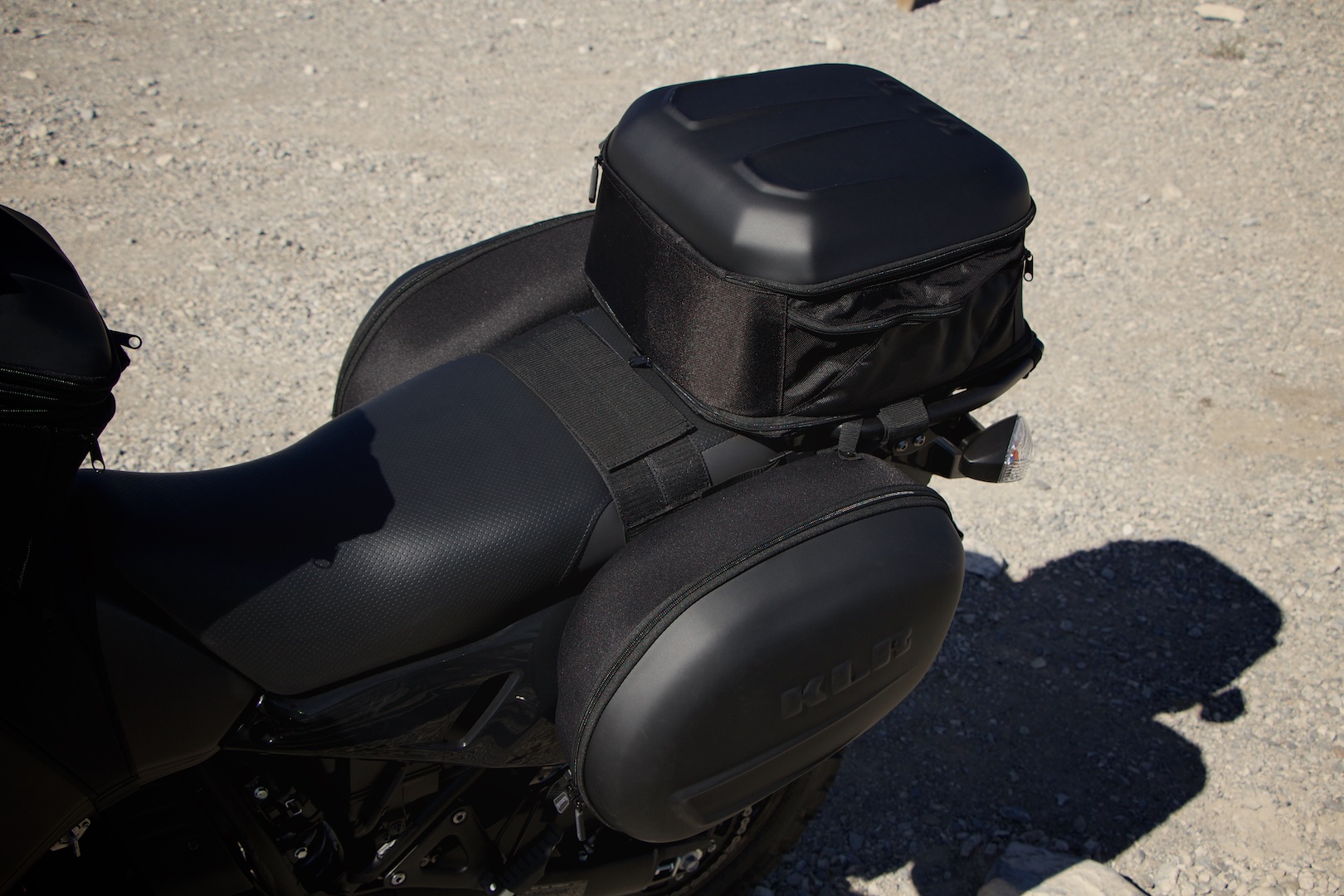 The gauge cluster provides basic information, is easy to read, and there is room to install switches, power ports, and a voltage meter. Factory luggage is inexpensive and surprisingly functional, but lacks durability and security. For the big trip install some Jesse bags.

Conclusion
The new KLR takes all of the great things about the 650 and makes it better; the new suspension is the most notable change. After four days and 600 miles I was genuinely impressed with this motorcycle, especially if the purchase price is considered. Though I believe the KLR is a great choice regardless of price, there is not another new adventure bike under $7,000 more suitable for global travel. I find it a fascinating prospect to consider buying a new Kawasaki, kitting it out, and riding it around the world for the same price as the purchase of a premium adventure tourer. In fact, I think this whole idea has some real merit, and I am willing to pay $1,000 in fuel sponsorship to the first person who takes a new KLR and does just that…you can call collect from Vladivostok (928-777-8567)


Editorial Update: Our team has just acquired a 2014 KLR, so let the modifications begin. Look for updates in the pages of Overland Journal and on expeditionportal.com 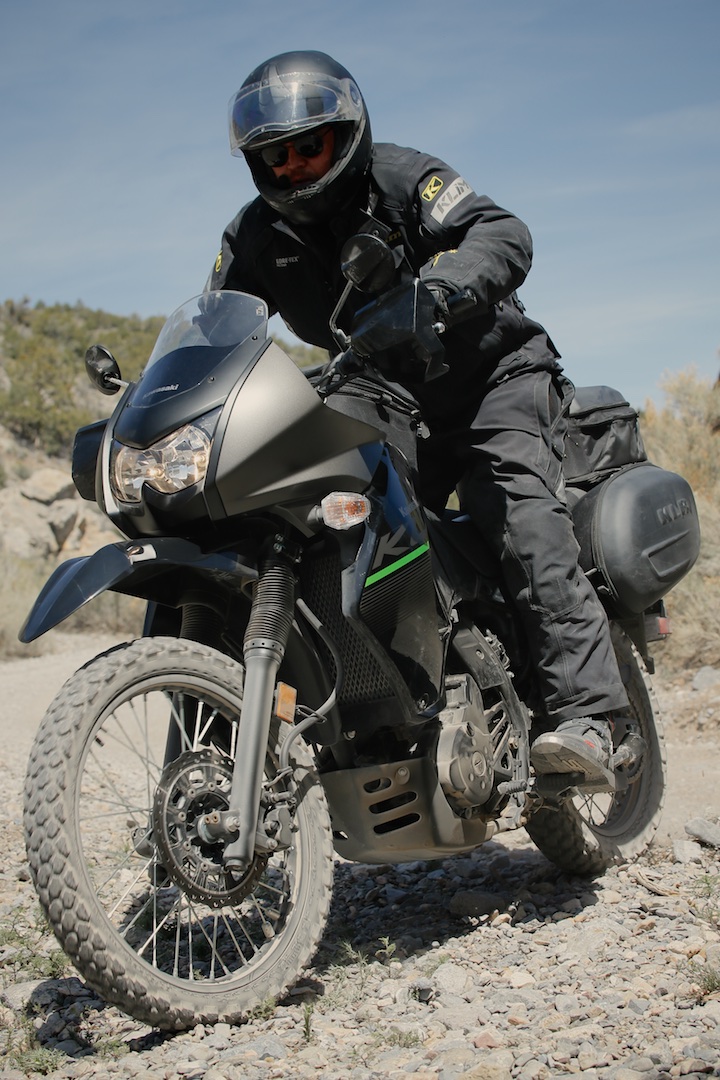 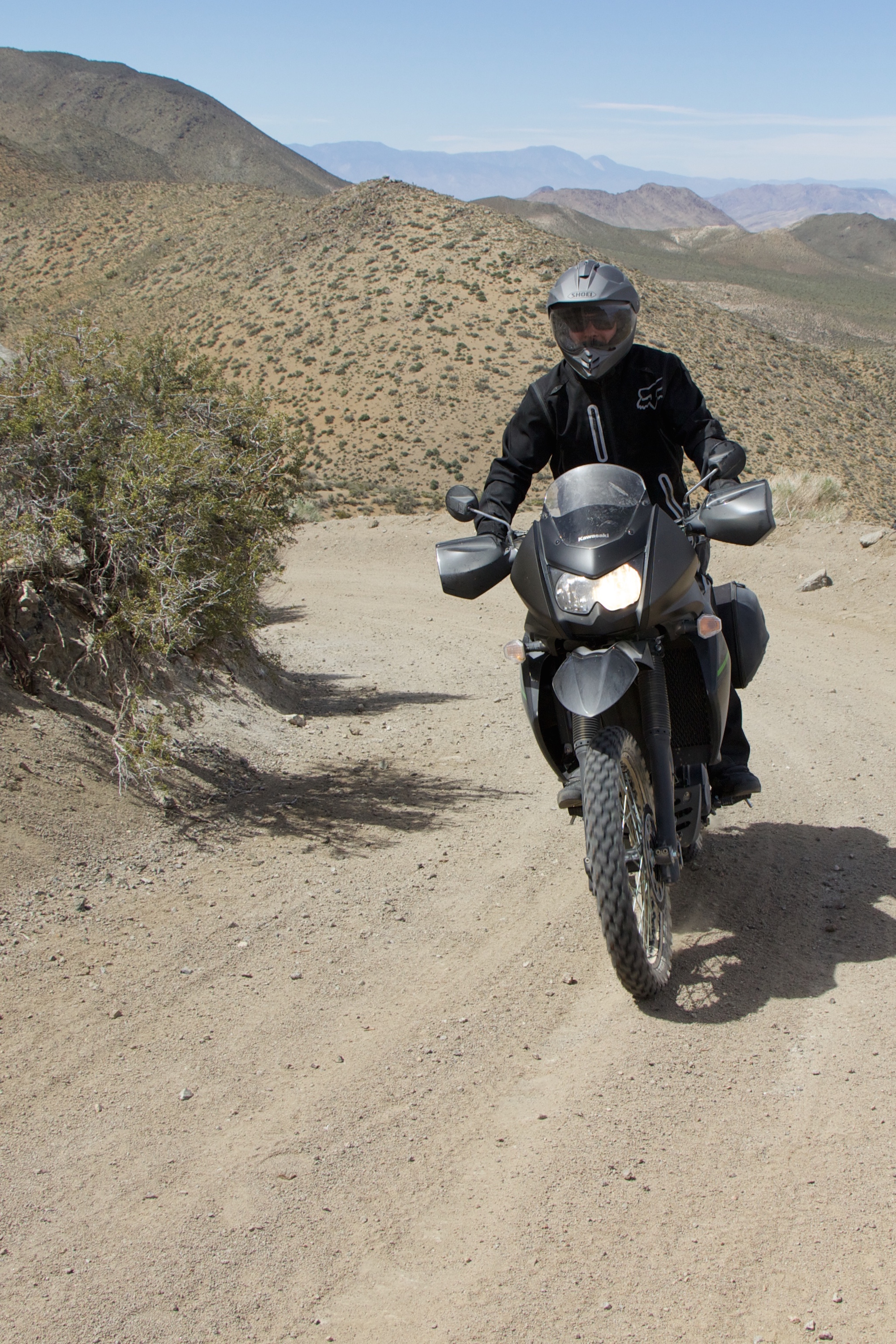 The KLR is understated yet handsome, and has a proper fairing and sufficient wind protection.