Twenty-one days in, I can’t help but laugh a bit when reflecting upon our departure from Paso Robles, California. While other teams would be conducting gear layouts, checking and double-checking vehicle documentation, and ensuring that they’ve packed their toothpaste, we were half a bottle of whiskey in, spending time with good friends. In the months leading up to our expedition, all of our spare time had gone toward dialing in our route, organizing reforestation efforts, and arranging biodiesel shipments. It was nice to step back, take a deep breath, and revel in what was coming our way—the trip of a lifetime.

Our first stop was Overland Expo West. It was a bit out of the way, but we had a blast the year before, so we decided to go anyway. The expo is a great spot to make connections within the overlanding community, scope out new gear, and pick up fresh ideas for your rig. 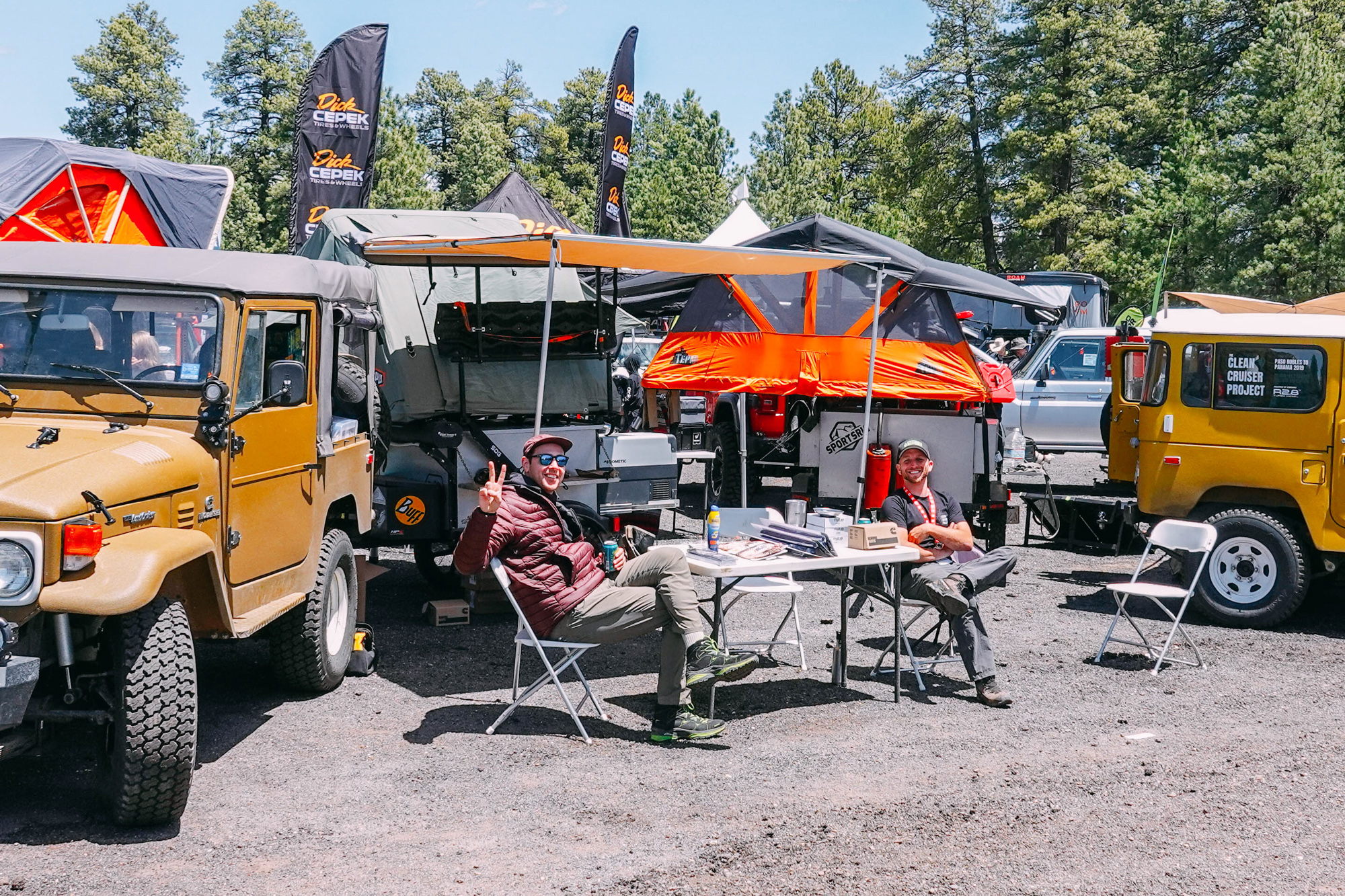 If your planning skills are anything like ours, starting an expedition from the expo is a wise thing to do. We failed to pack water filters for our trip; luckily, Outer Limit Supply had our backs and provided our team with a killer 5-gallon Life Saver jerry can water filter. 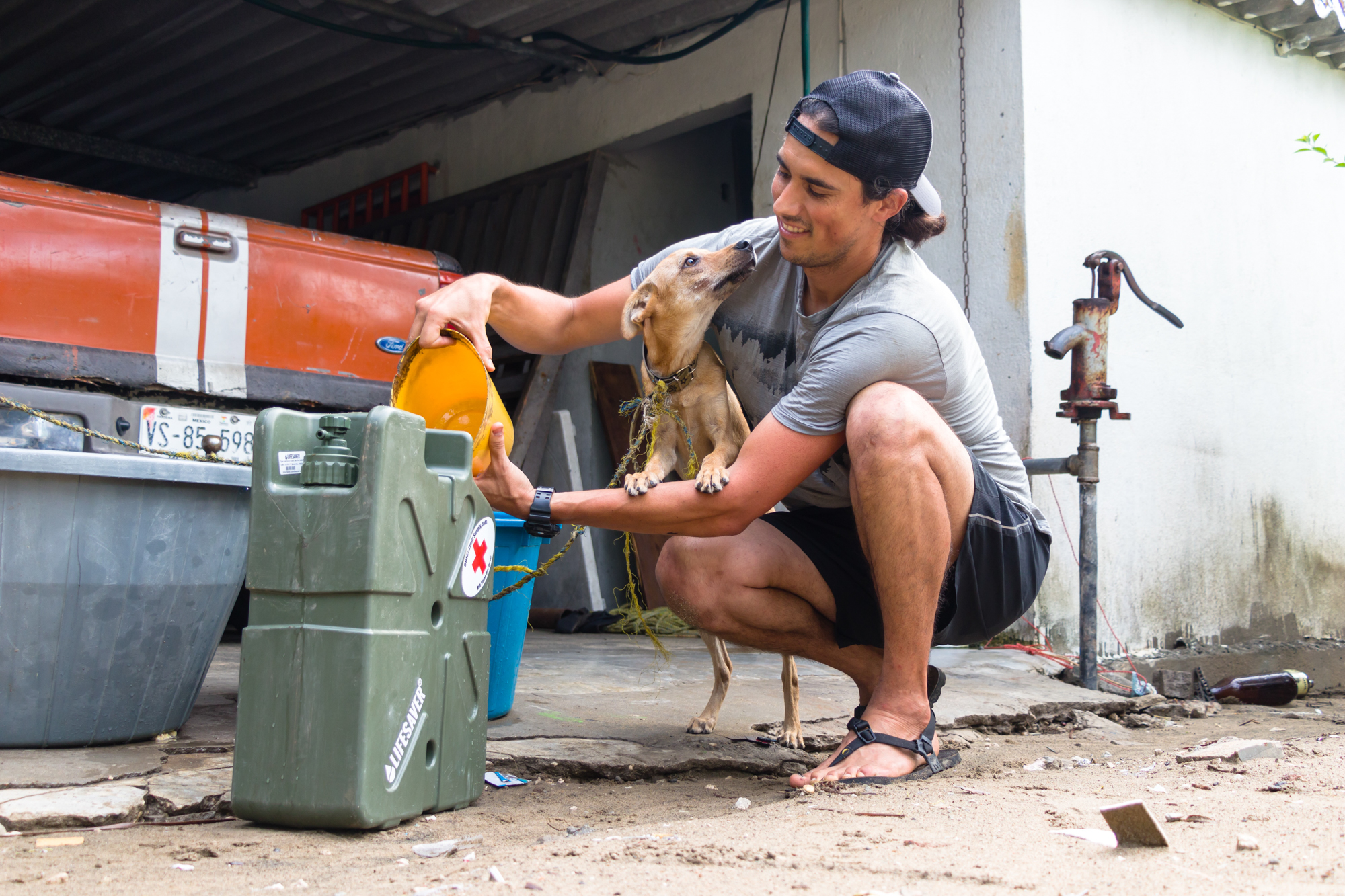 At the close of the expo, we booked it down to Ensenada, via the Tijuana border. We met up with Mauricio, a close friend of Nathan’s who owns Lost In Baja, an off-road tour company based there. Together, we convoyed through some challenging terrain, arriving at a desolate fishing village near Punta San Jose. 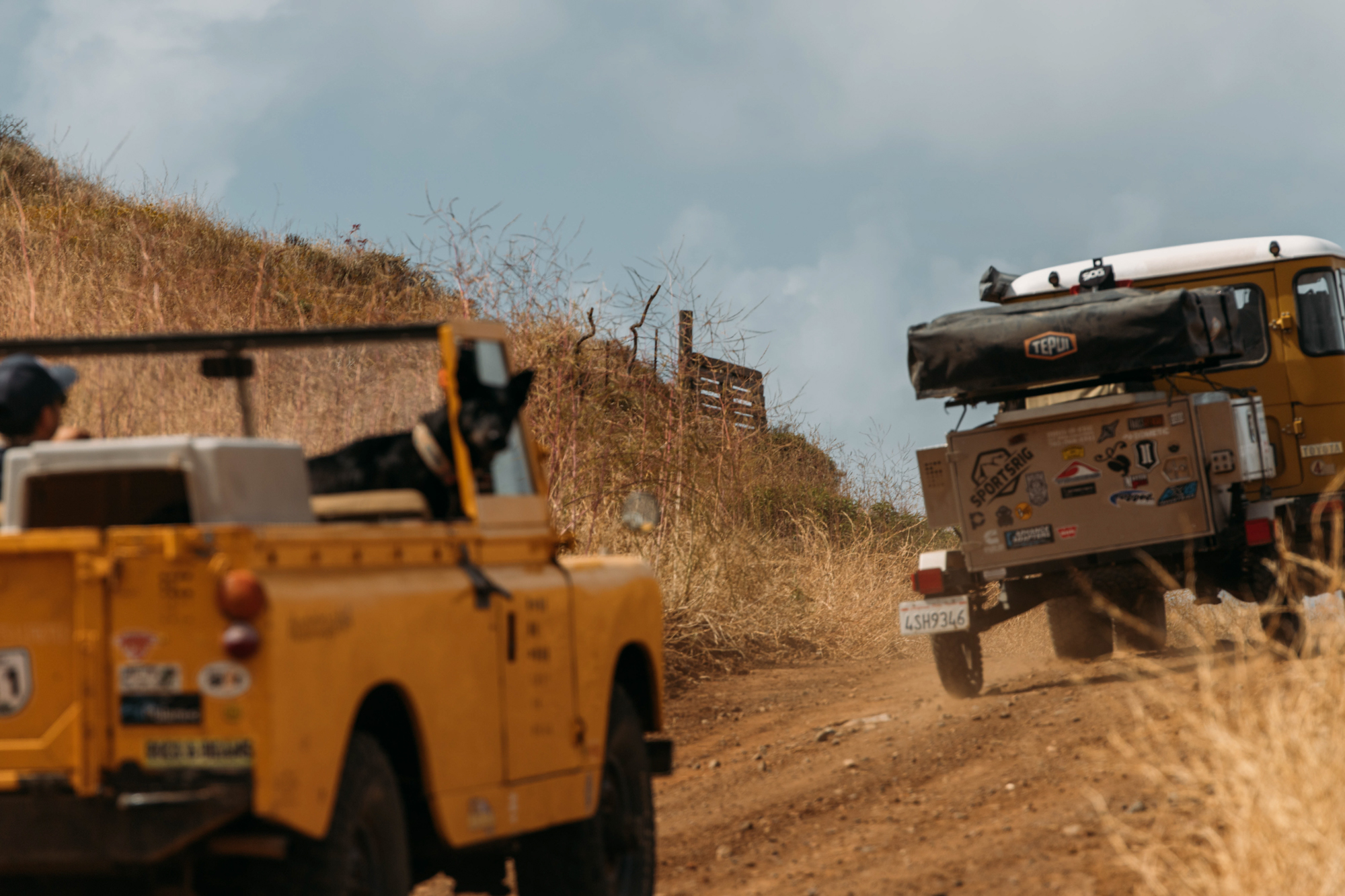 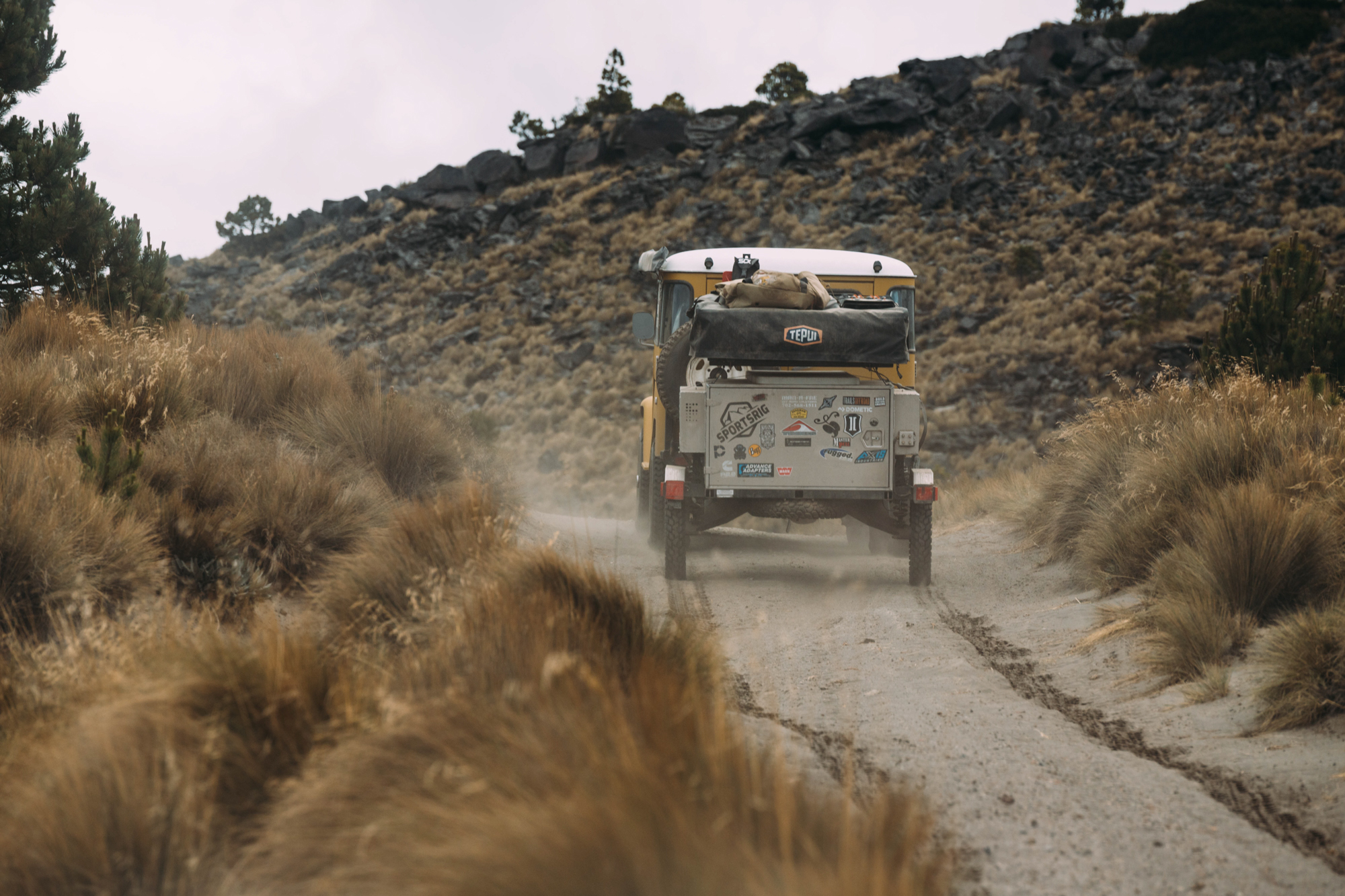 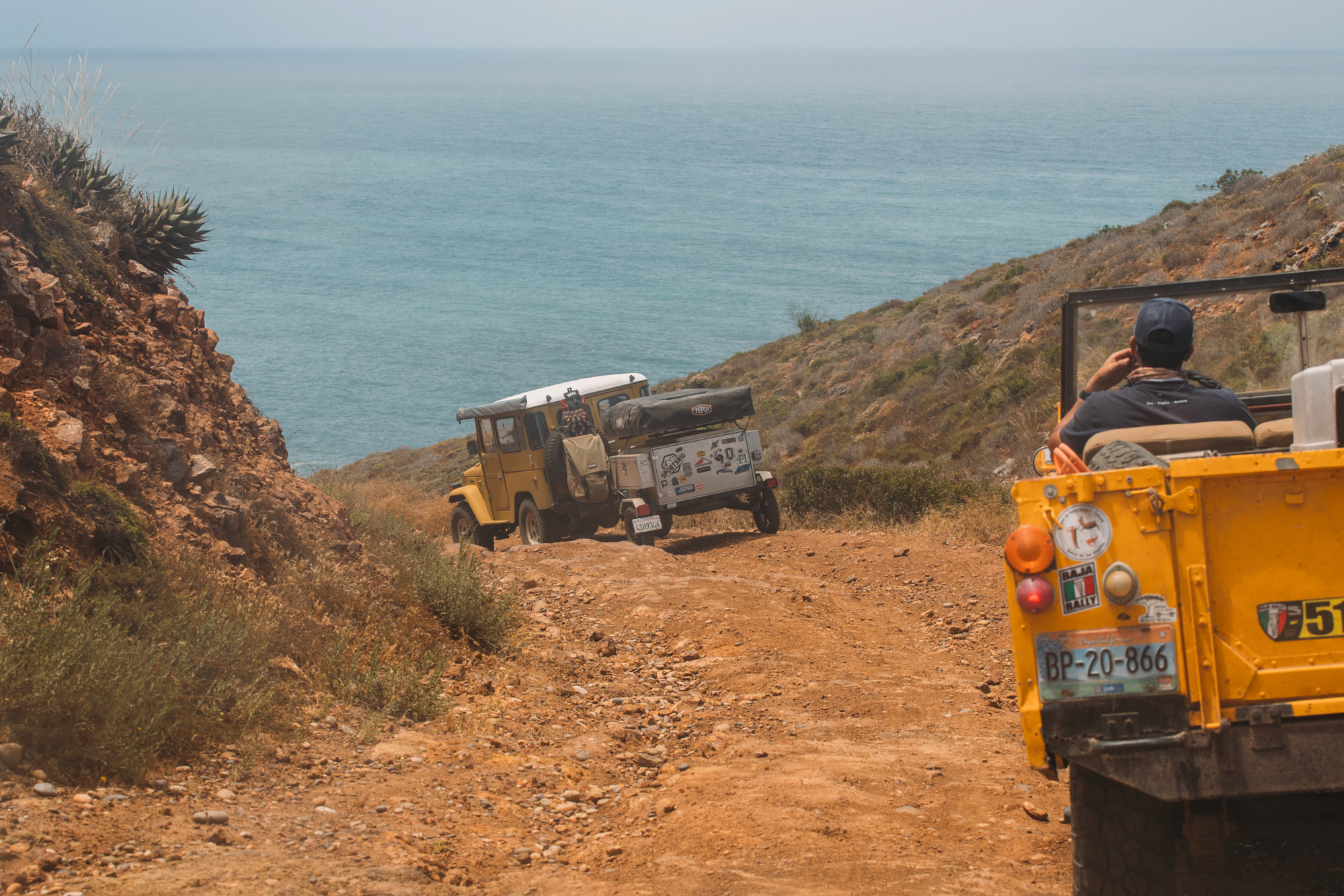 This was my first time driving through Baja California, and it left quite an impression on me. The main road roads are tight, shoulderless, and full of semi-trucks. Those in search of a unique experience should take advantage of Baja’s vast network of dirt roads. We camped on deserted beaches and amongst endless fields of cardón cactus. 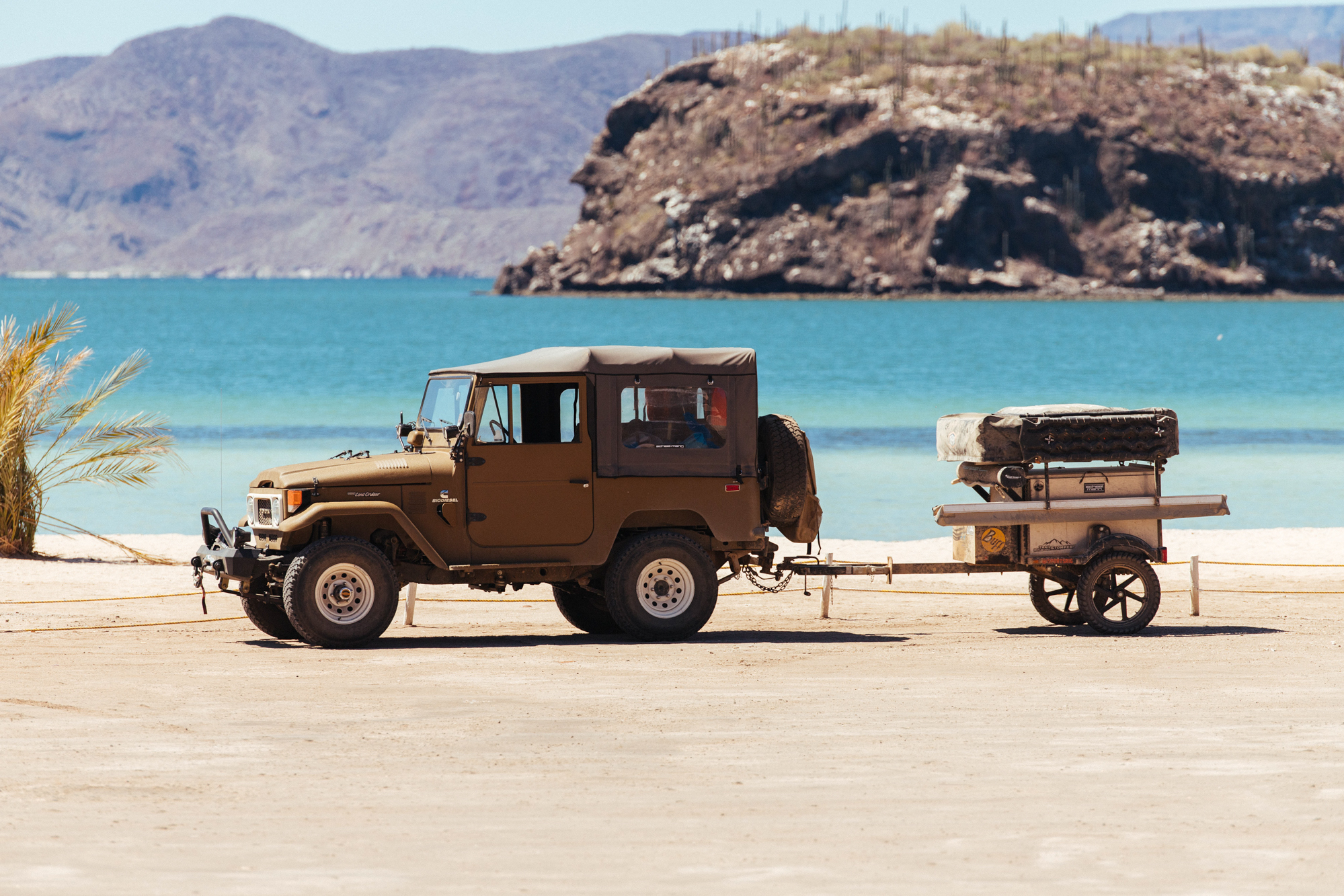 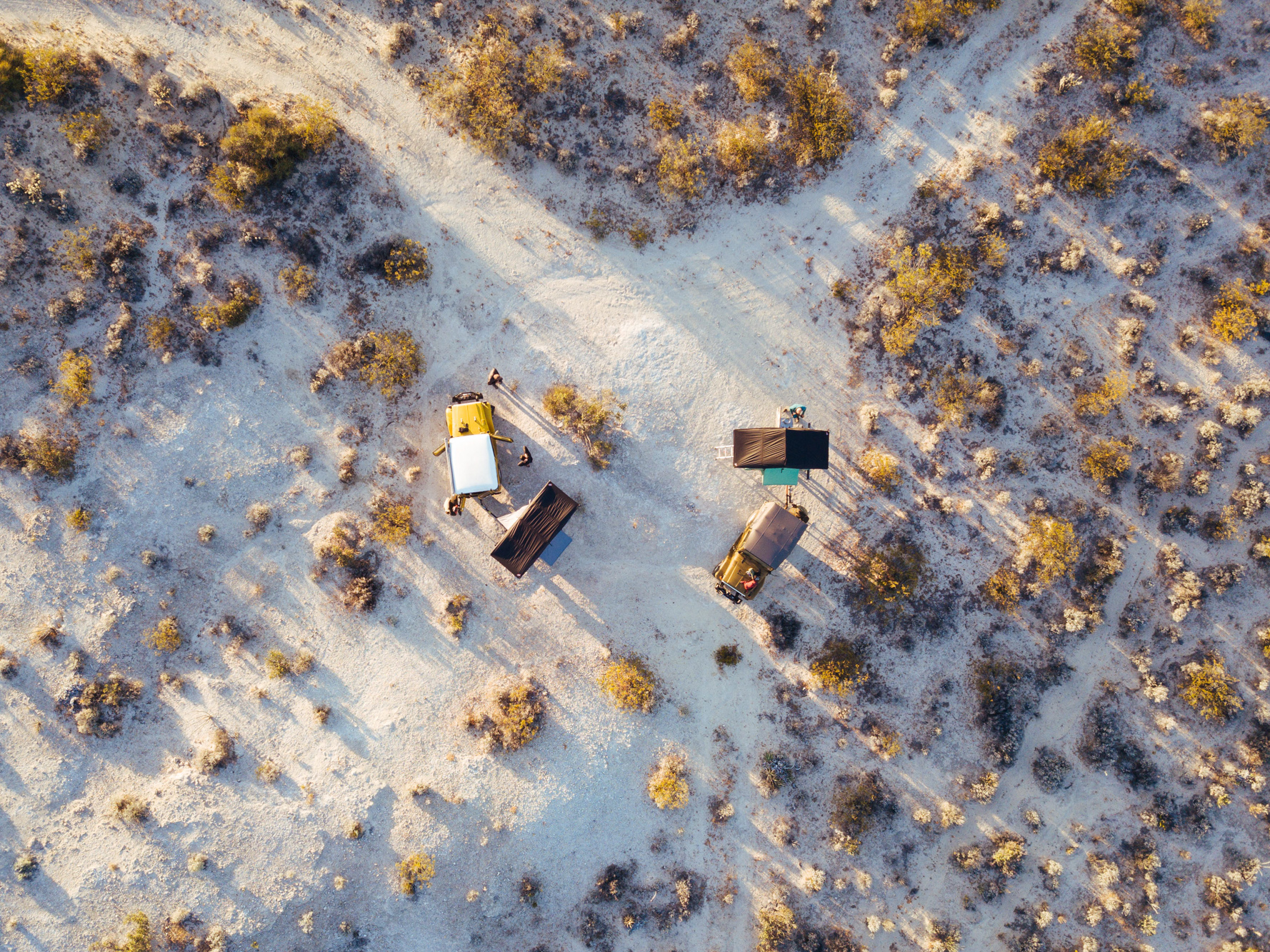 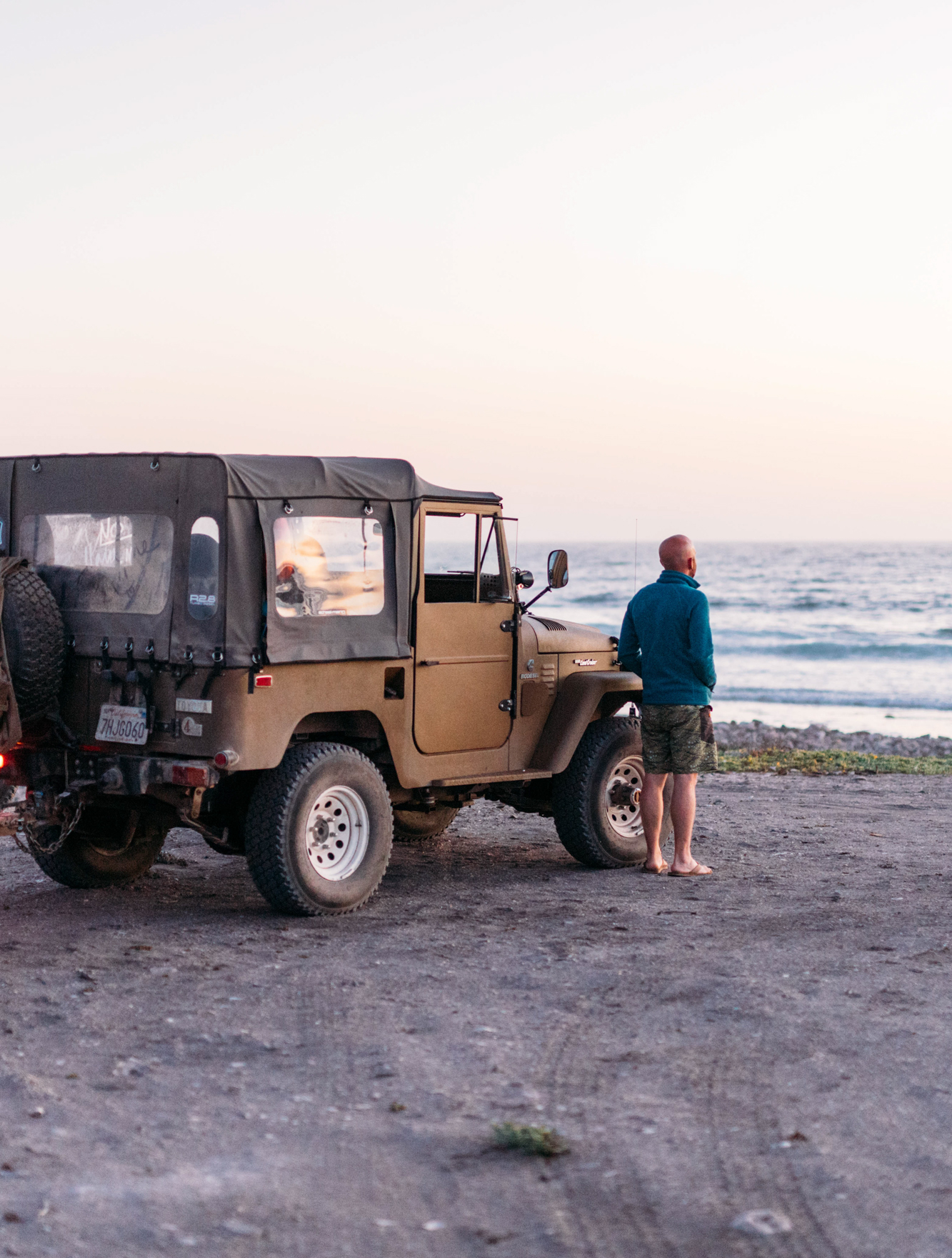 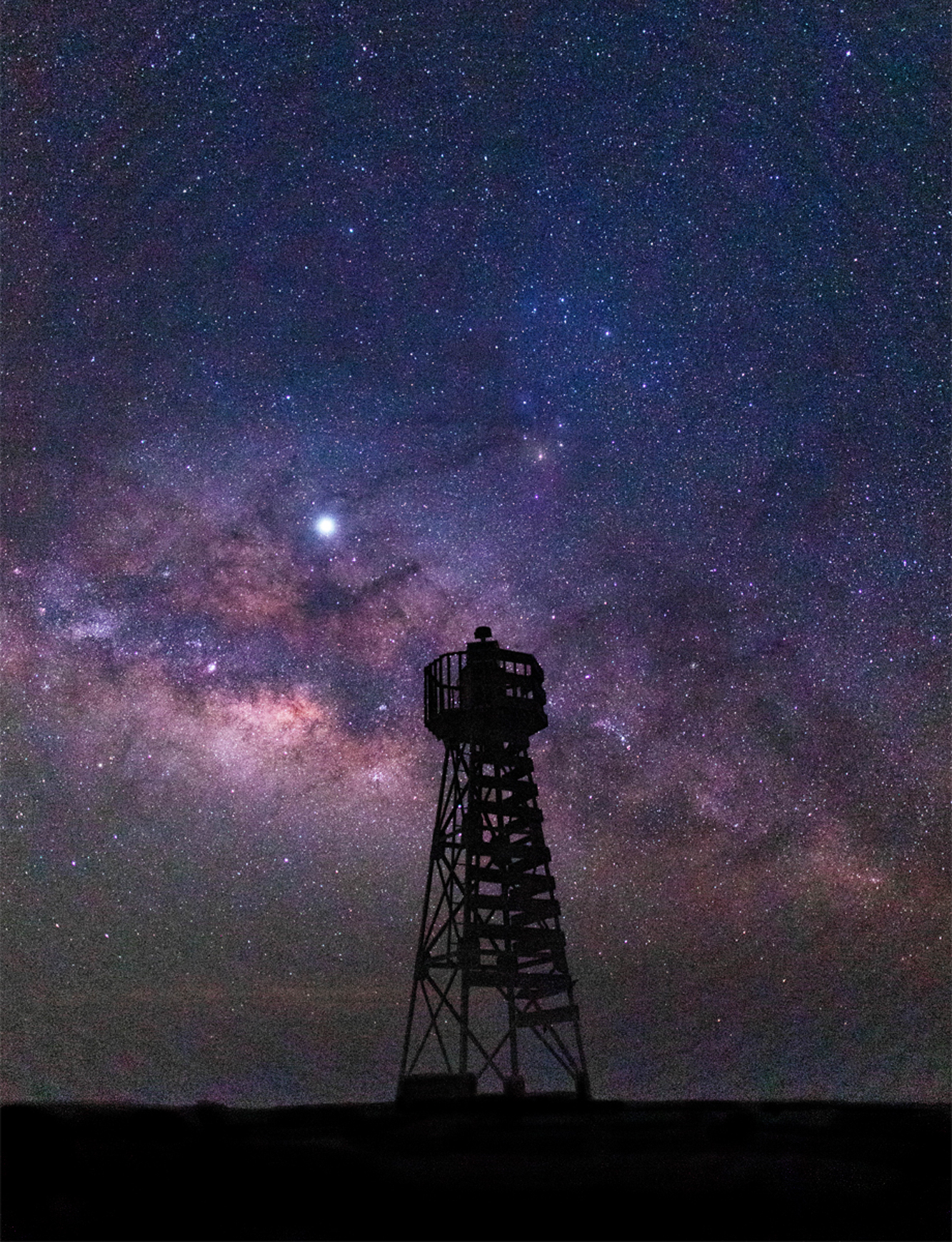 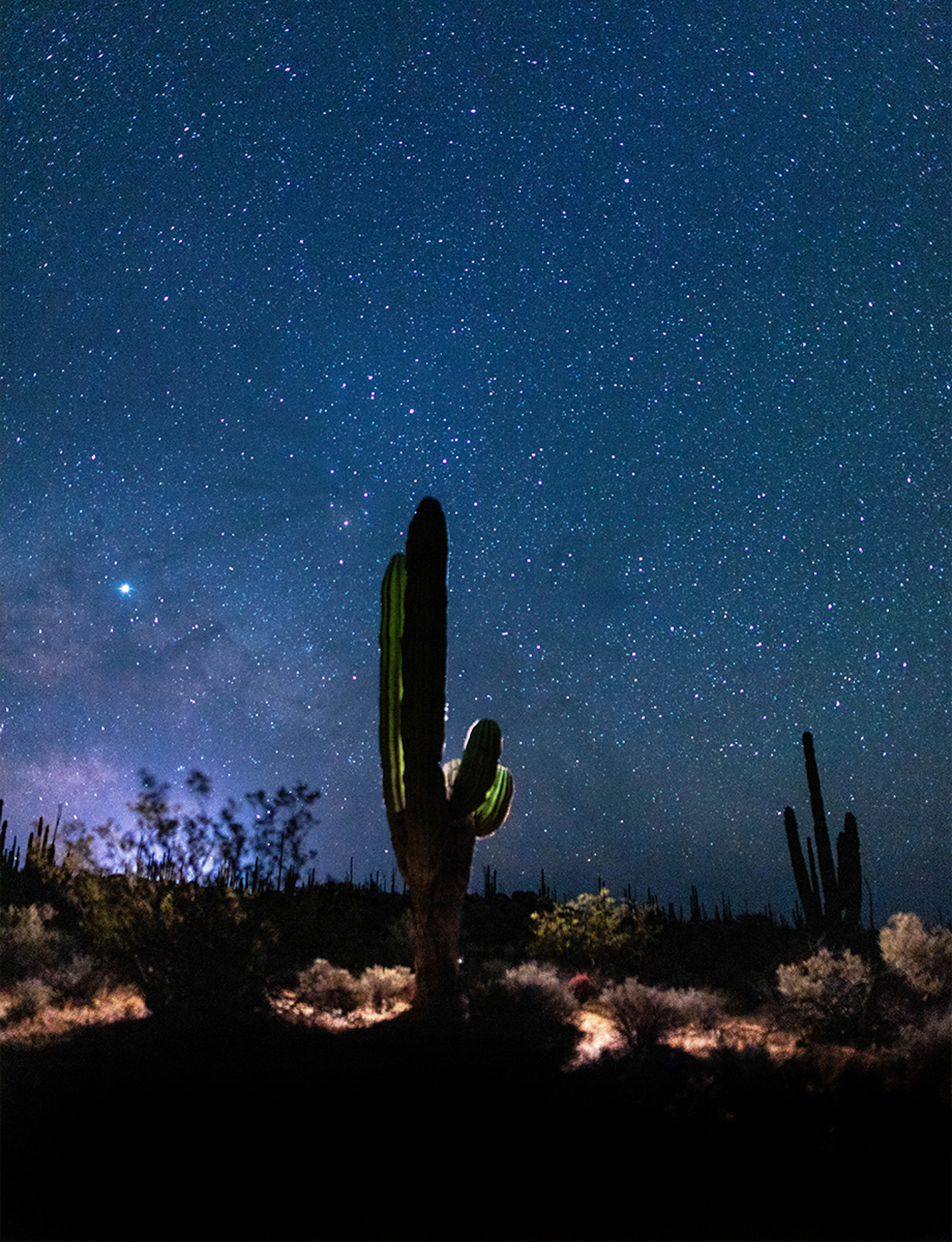 Between the two trucks, we can carry 36 gallons of pure biodiesel. With the help of Cummins and the National Biodiesel board, we have staged four caches of biodiesel throughout Central America. With a handpump, we blend four gallons of 100 percent biodiesel into each tank before filling with regular diesel. Roughly, this provides us with a B20 blend which is available to many US consumers. 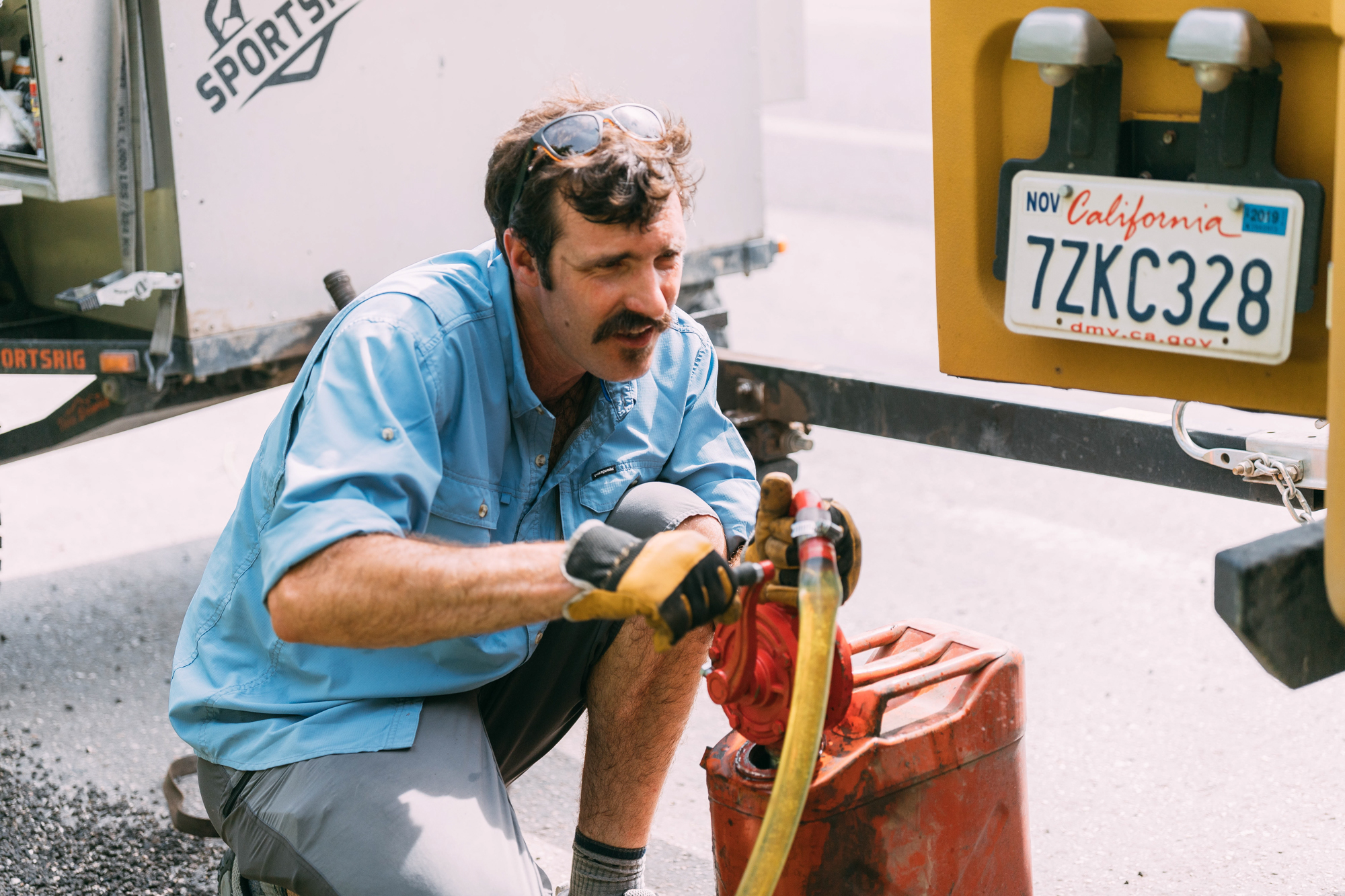 After seven days in Baja, we arrived in La Paz. Baja’s rugged roads had taken a toll, so we hit a welding shop for some quick repairs, then headed to the port just north of town. When we arrived, we were told that the non-commercial ship was full and that the next crossing to Mazatlán would not be until Tuesday. Nathan laid on the charm and got us onto the commercial vessel. We spent the 17-hour crossing with an unruly group of truckers, watching “shoot ’em up” flicks, eating cafeteria-style Mexican cuisine, and watching the dolphins launch in the wake of the massive ferry. 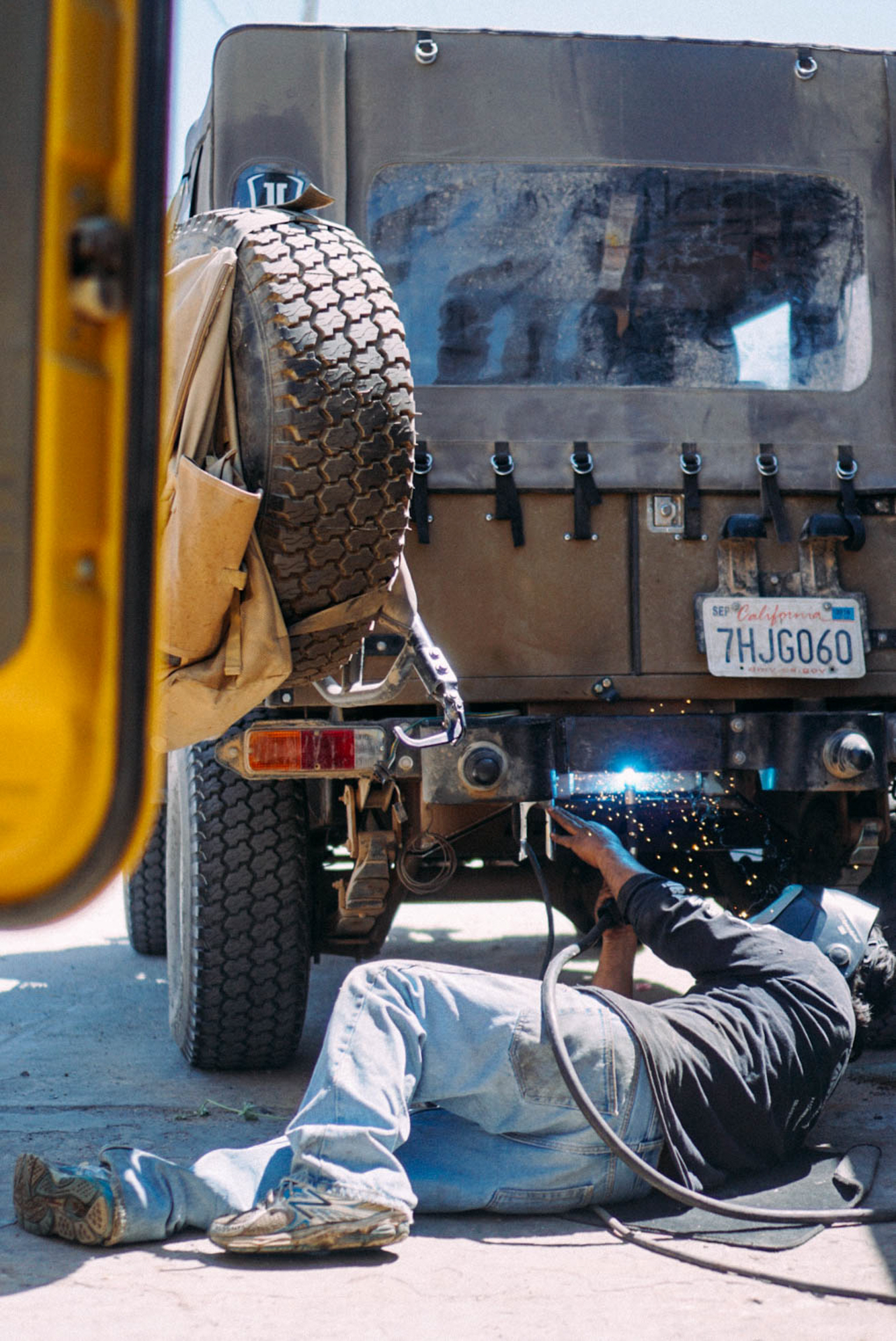 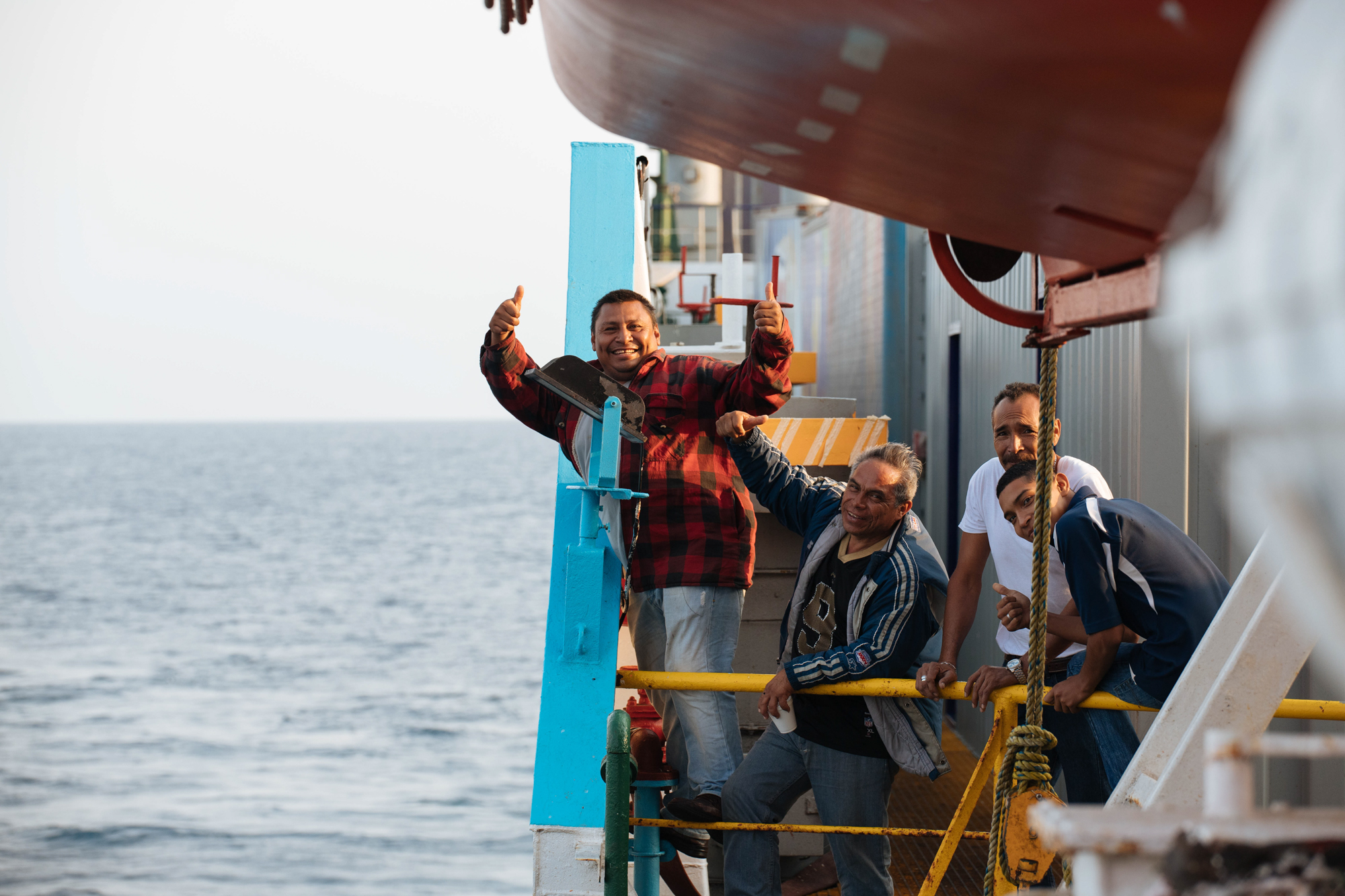 Once in Mazatlán, our next major goal was to get to the basecamp of Pico de Orizaba, the highest mountain in Mexico and the third highest in North America. It took us four days, and possibly $500 in tolls to get to the foot of the imposing mountain. 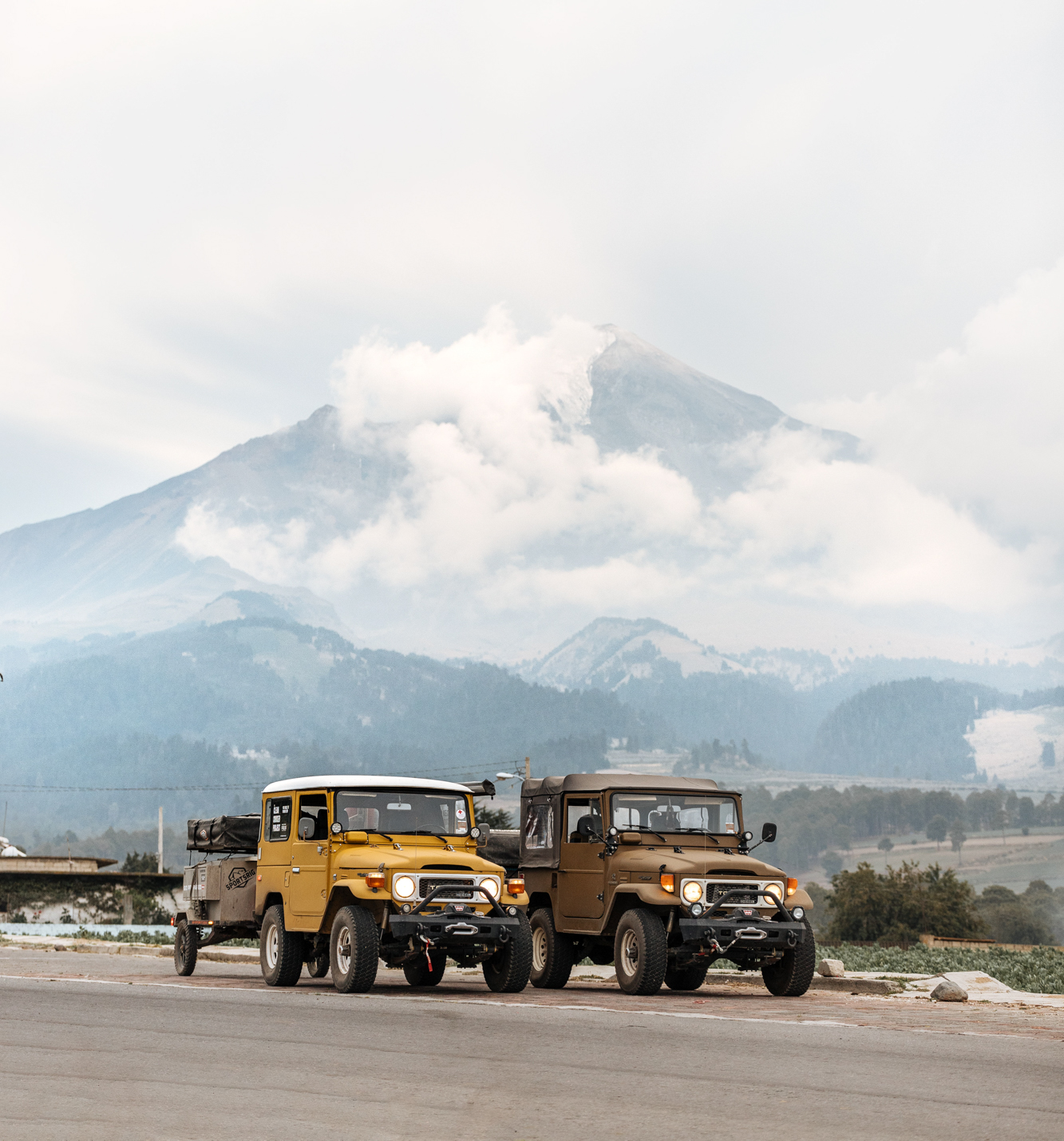 The following day, we set out just before sunrise. The road was rough, and we were forced to use our Treds several times. 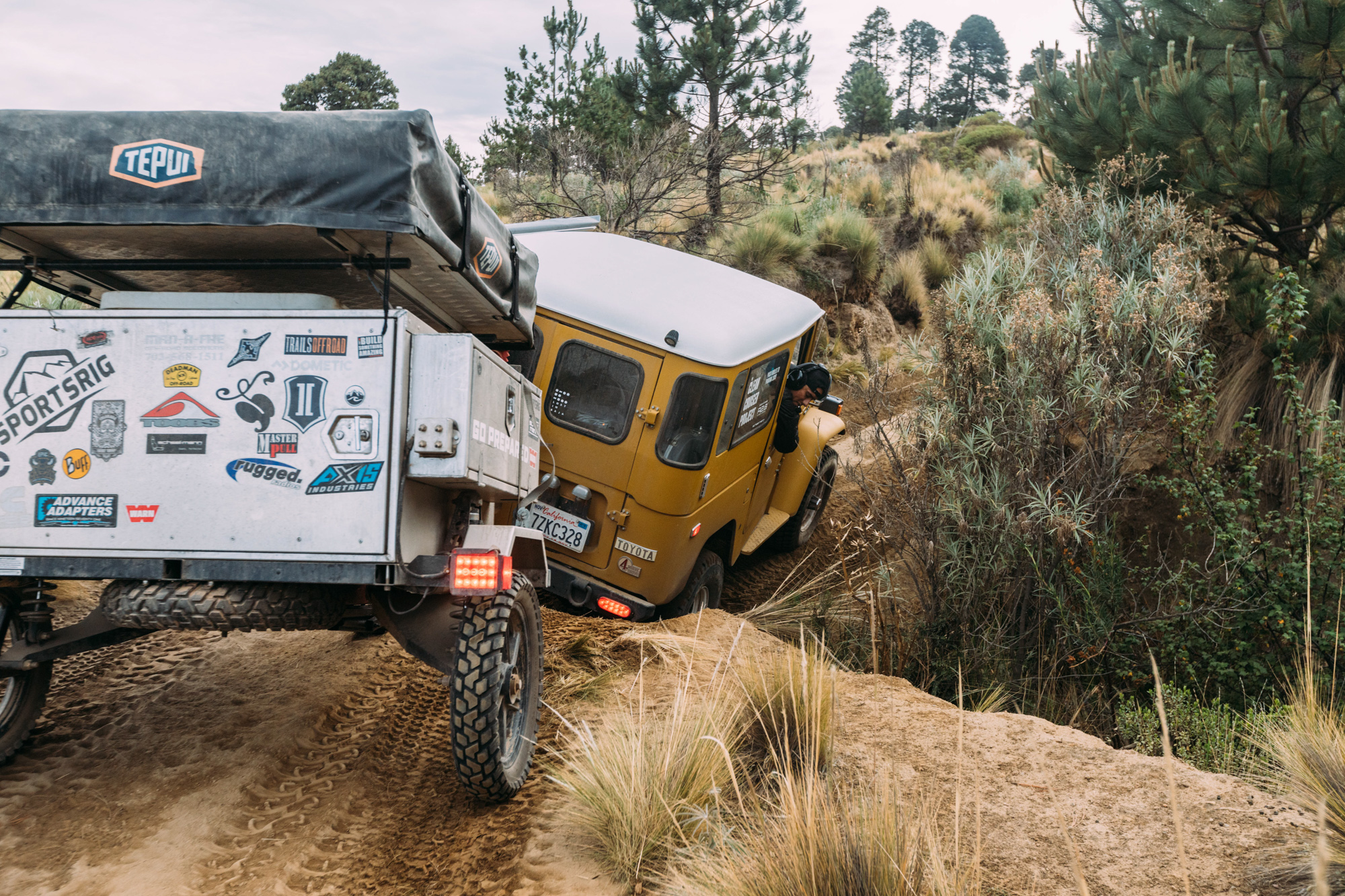 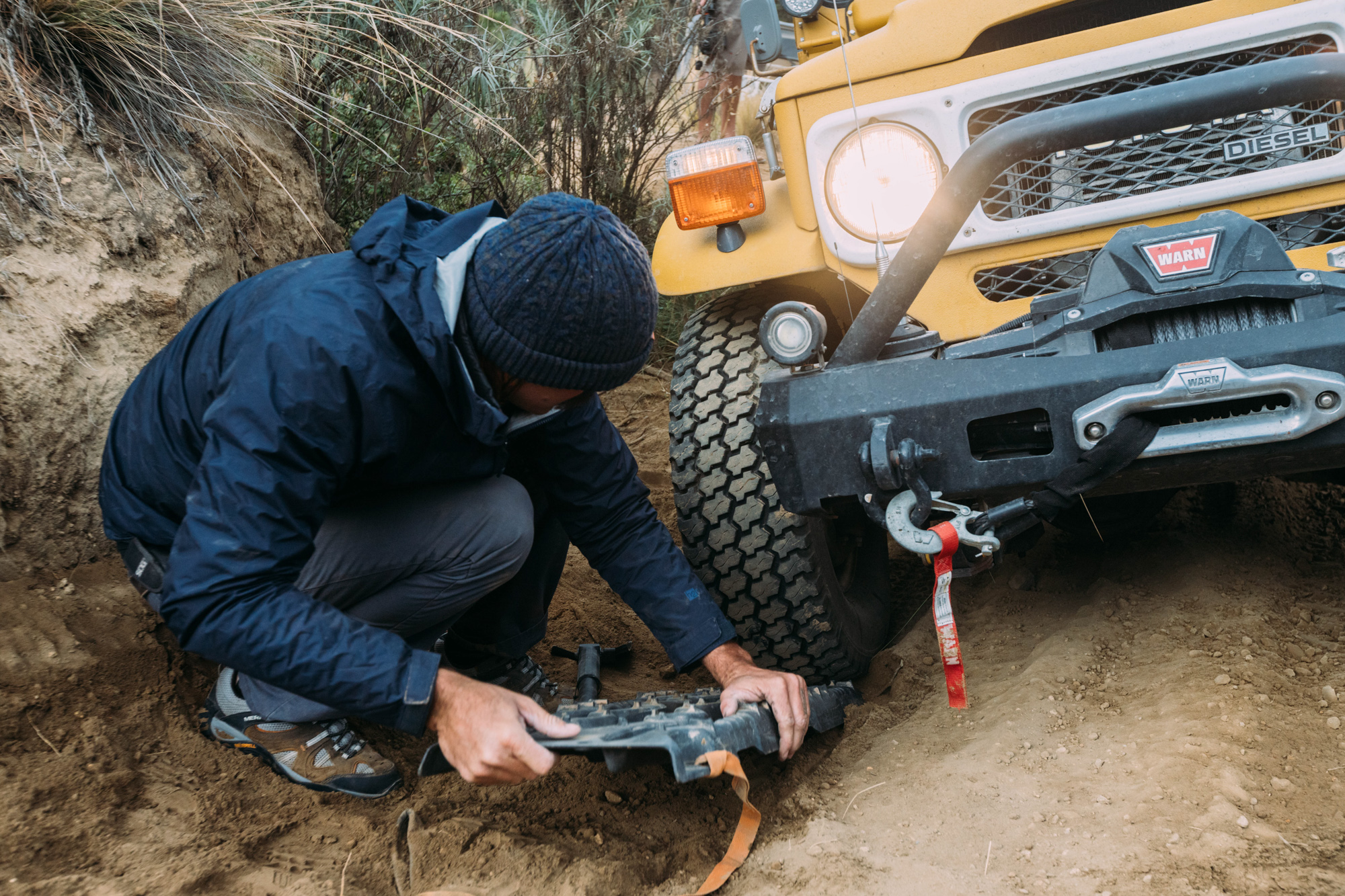 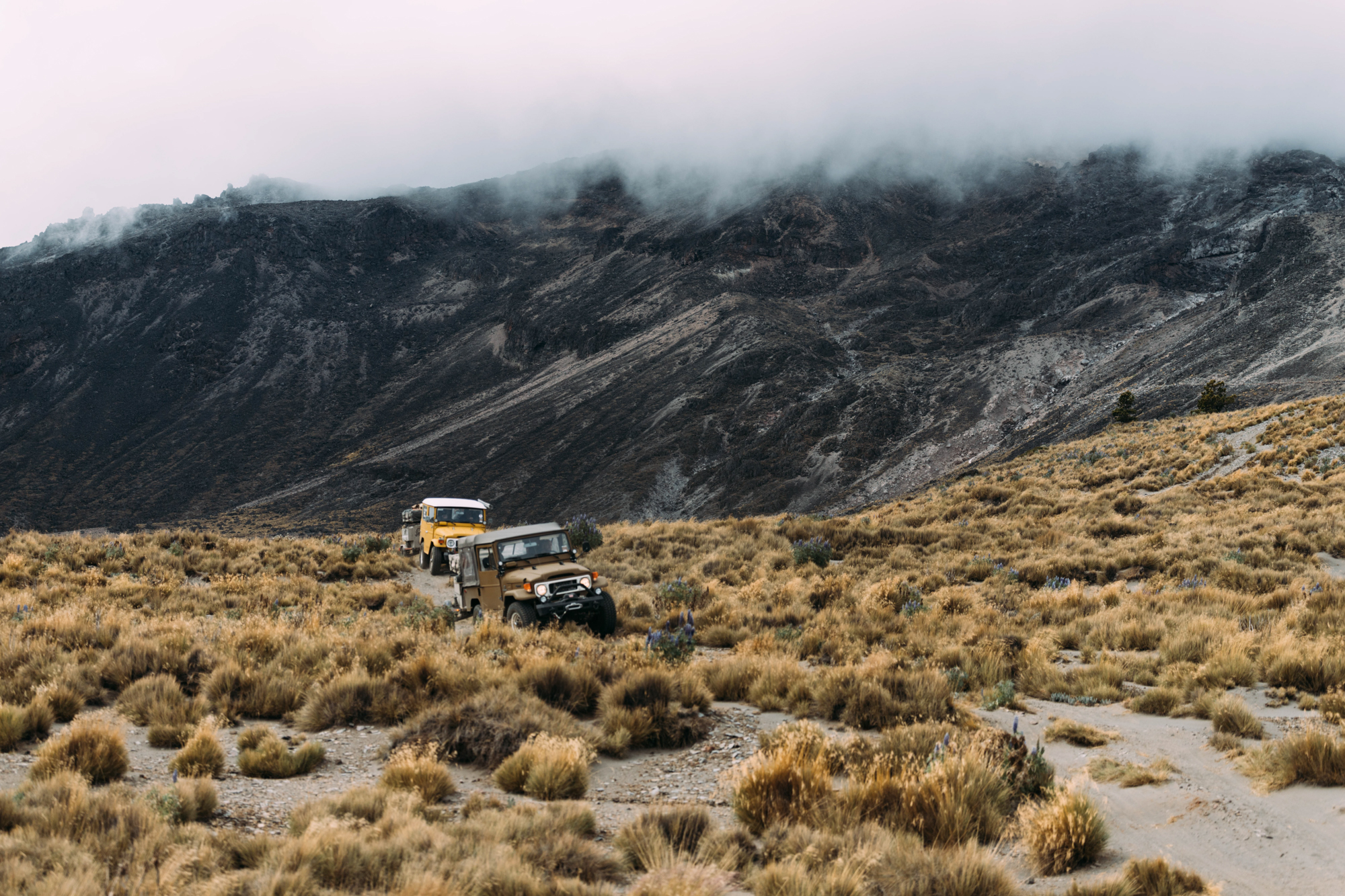 Reaching the basecamp was a milestone for our team in many ways. To our knowledge, this is the highest the new Cummins R2.8 engine has been—ever. This accent was also a testament to the structural integrity of our freshly rebuilt Land Cruisers. Beneath Orizaba’s massive glacier, we celebrated. 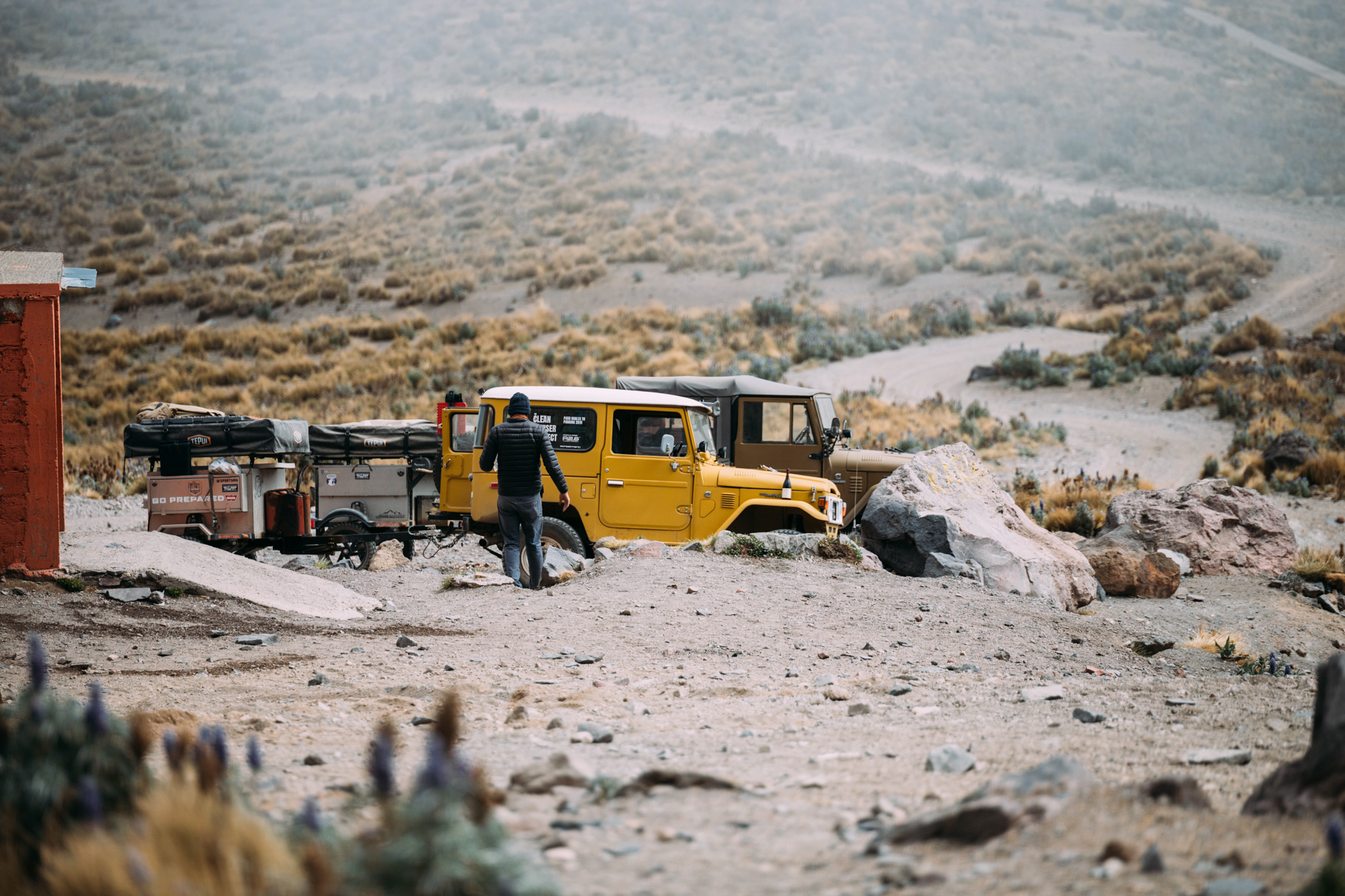 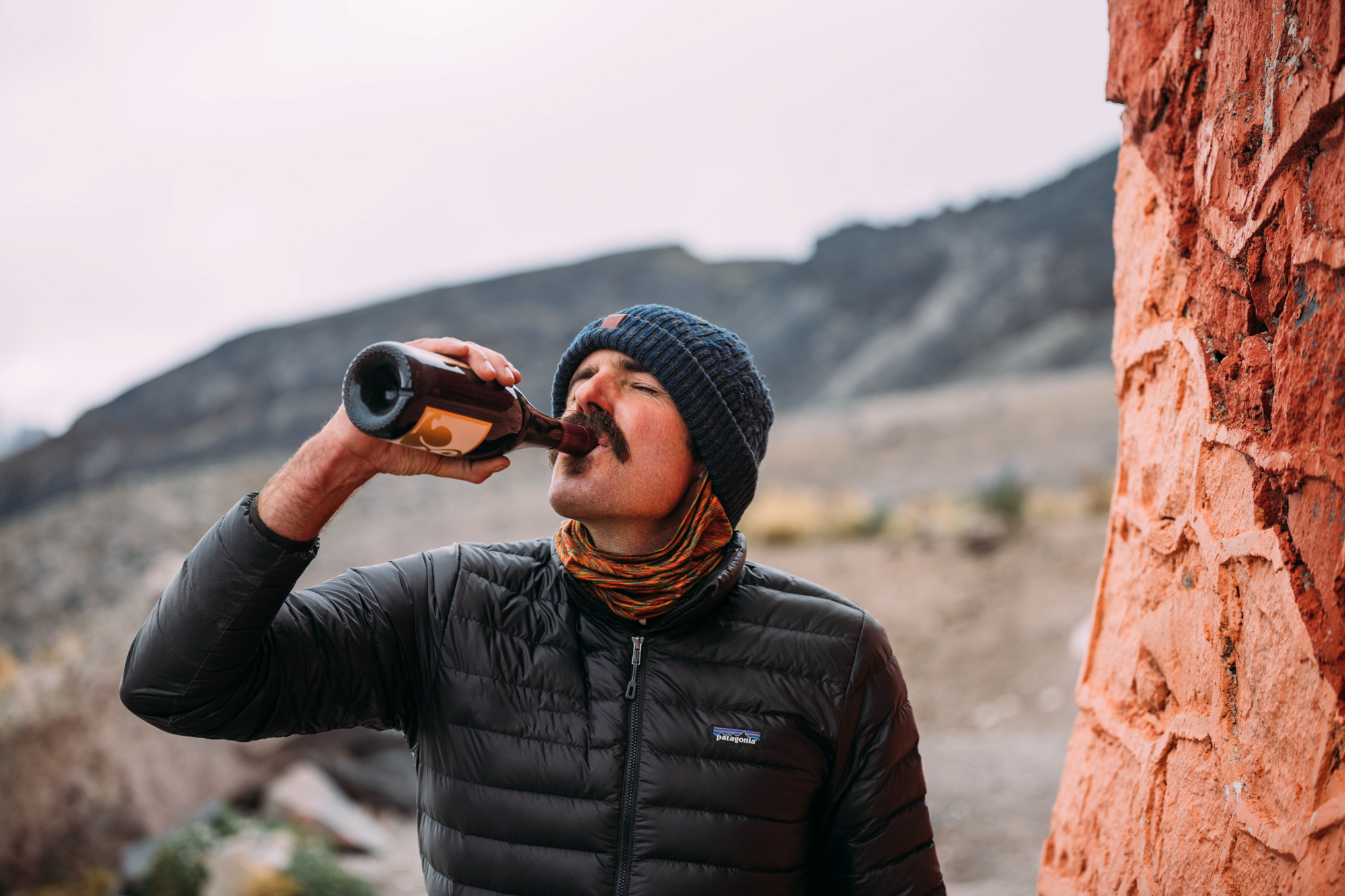 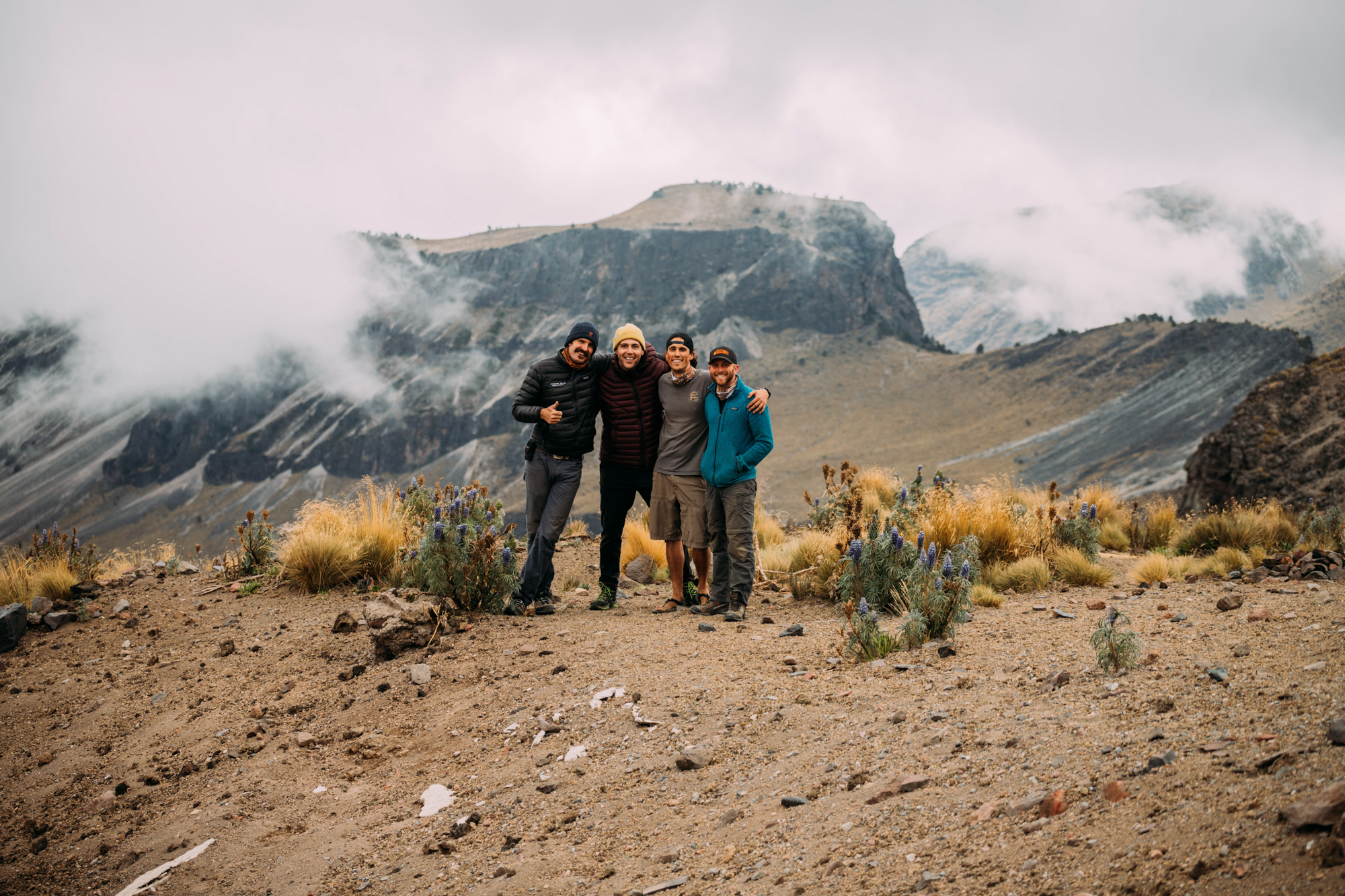 At a checkpoint just outside of Merida, Nathan’s truck began experiencing some issues. While troubleshooting, we discovered a large amount of water in the fuel filter. Water can be an issue down here, especially at fueling locations that are not frequented often. We drained the fuel filter, yet the problem persisted. Ultimately, we discovered that a small crack in the feedline had developed which was allowing air into the fuel system. 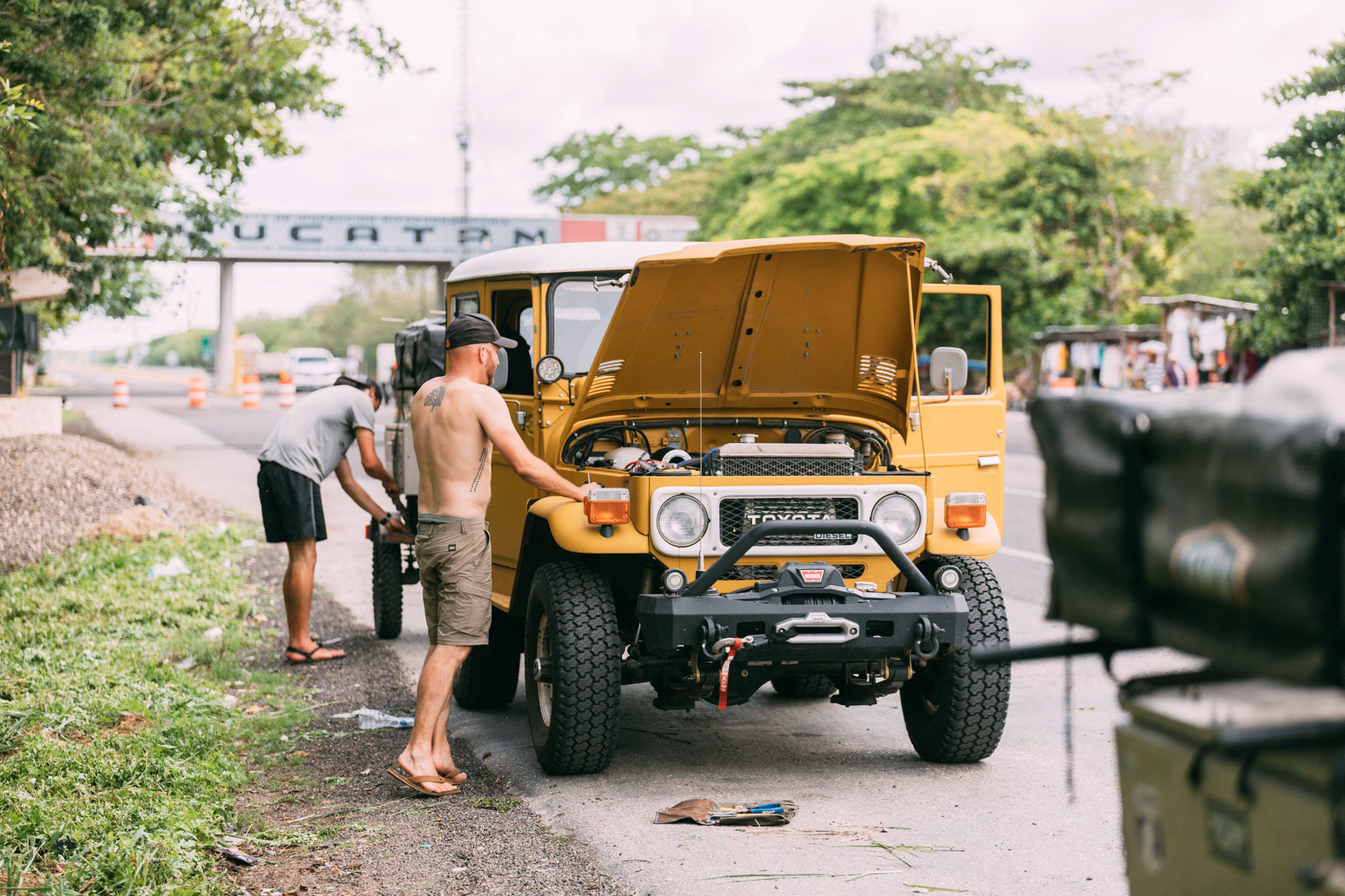 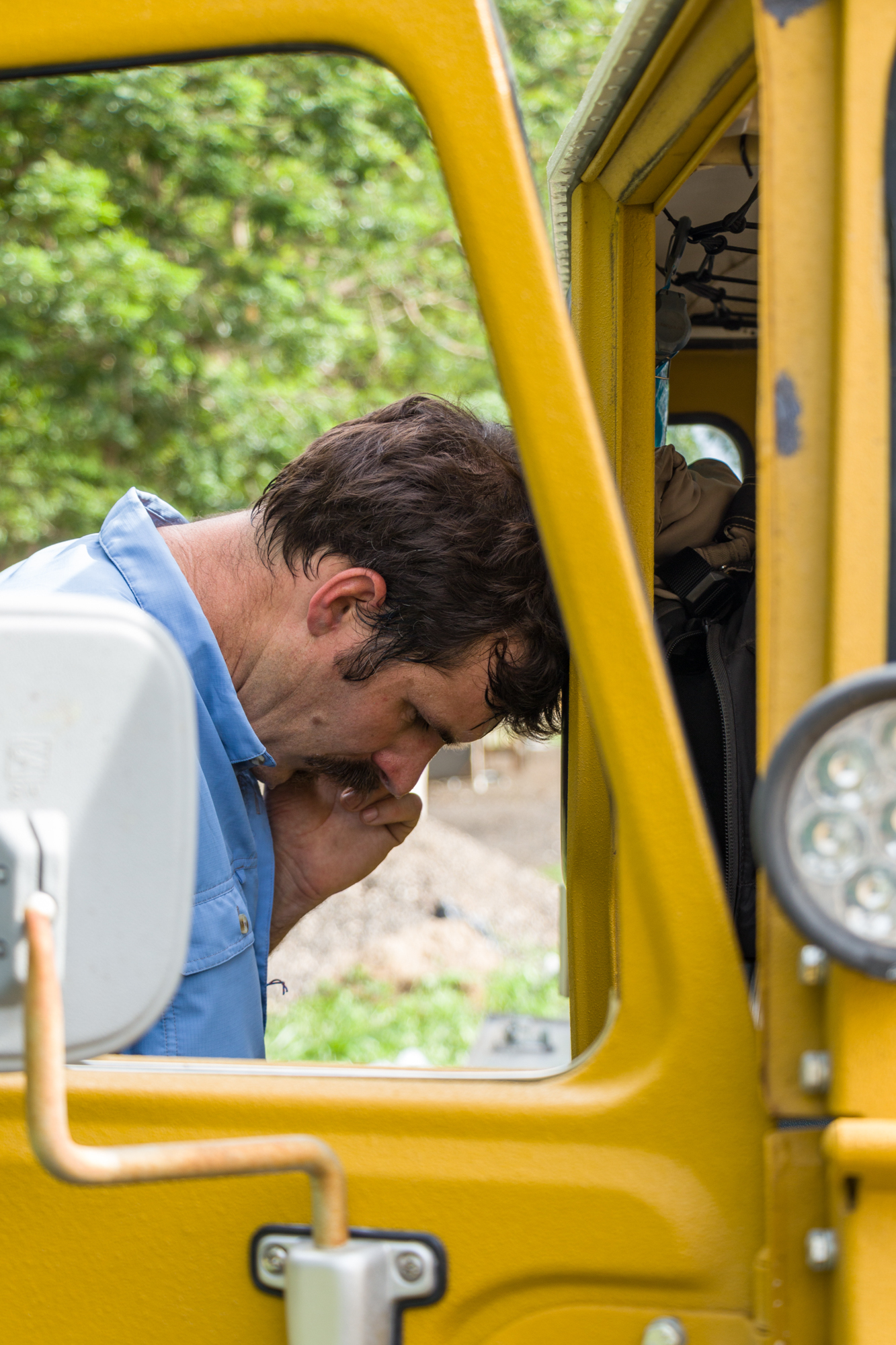 If you’ve never been to Merida, I highly recommend a visit. The city boasts a massive 16th-century cathedral built with stone from a deconstructed Mayan temple and impressive colonial architecture throughout. It’s a lively city known for its fantastic food and nightlife. 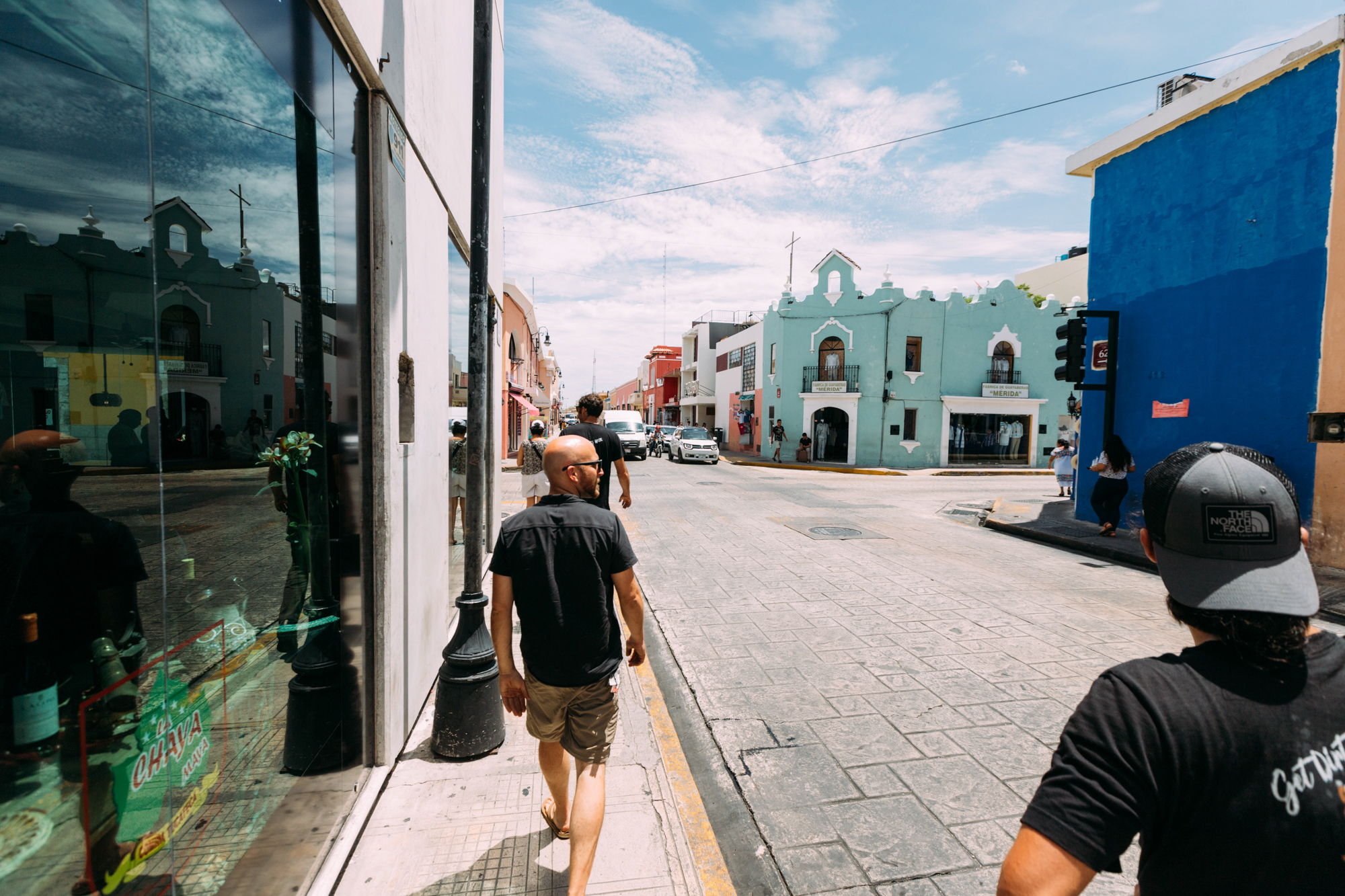 The following day was a whirlwind. The first half of our day was spent at an extravagant event held by Cummins Megamak. Our vehicles were on display, while local media interviewed our team. 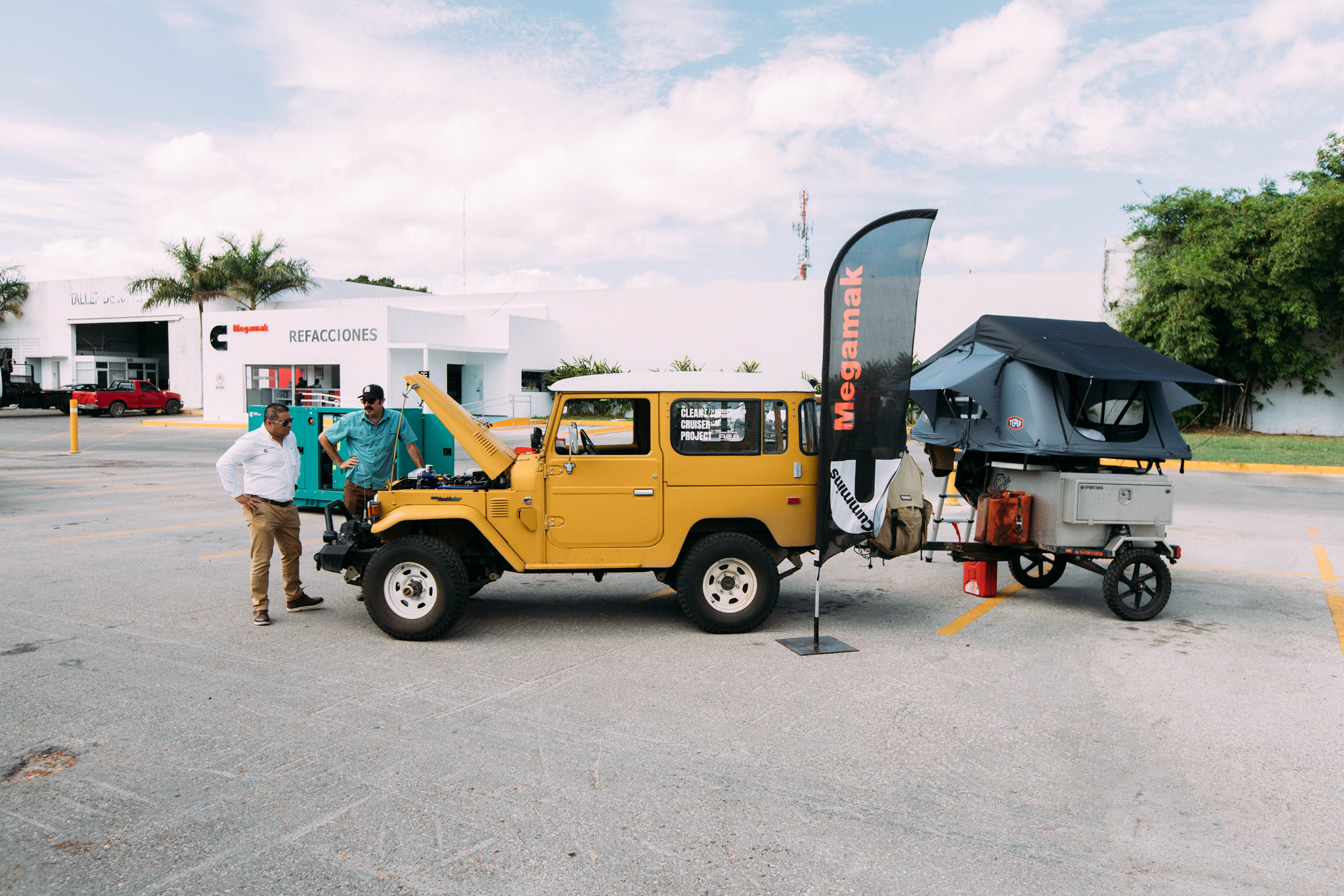 Later that day, we met with our friends at Kanan Kab. They walked us through their impressive greenhouse and educated us on the importance of urban reforestation projects. We packed the Land Cruisers with 200 saplings, which we planted in a nearby park. 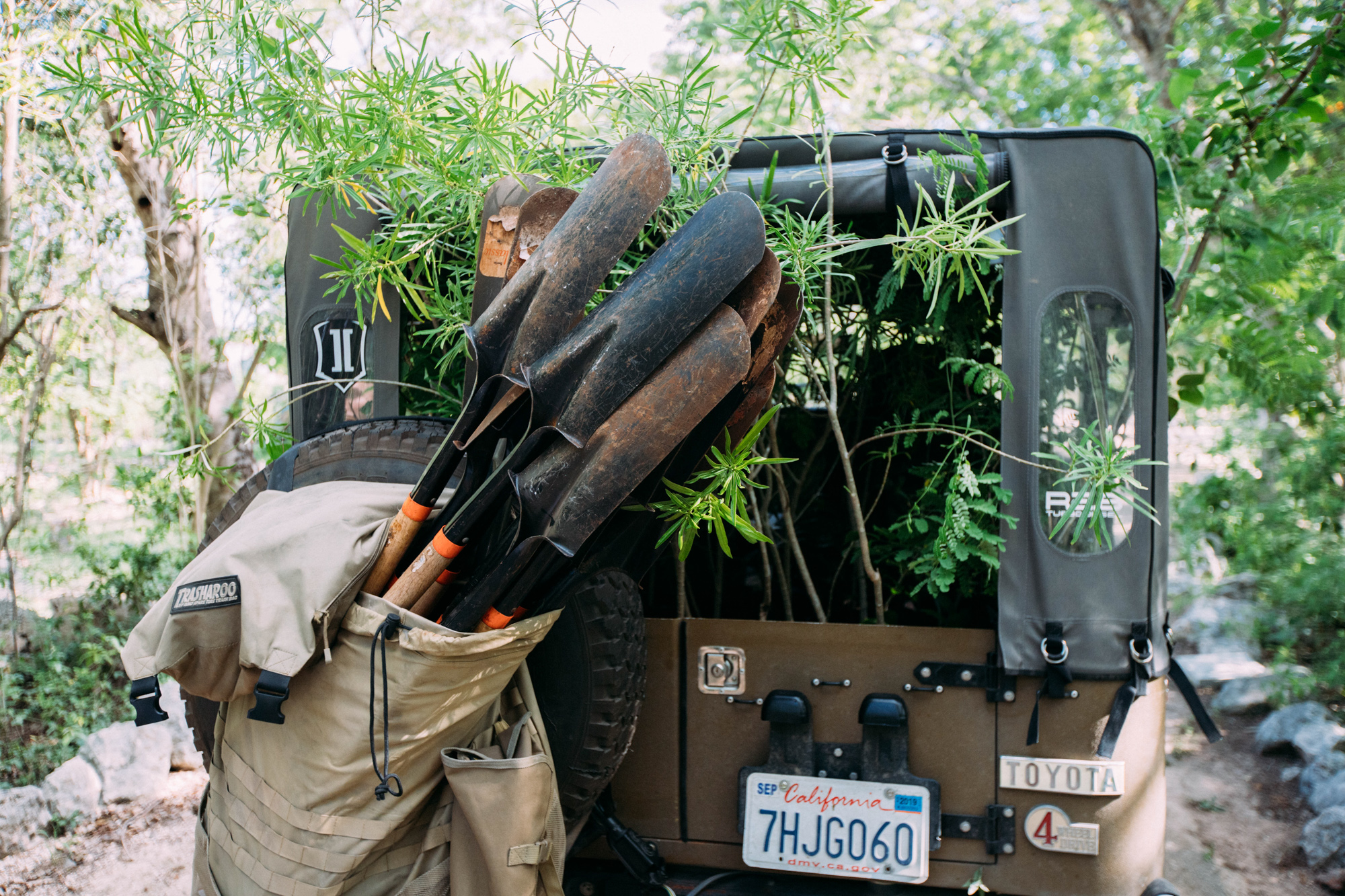 We received a warm welcome from the local community, and about 20 volunteers joined in the reforestation effort. 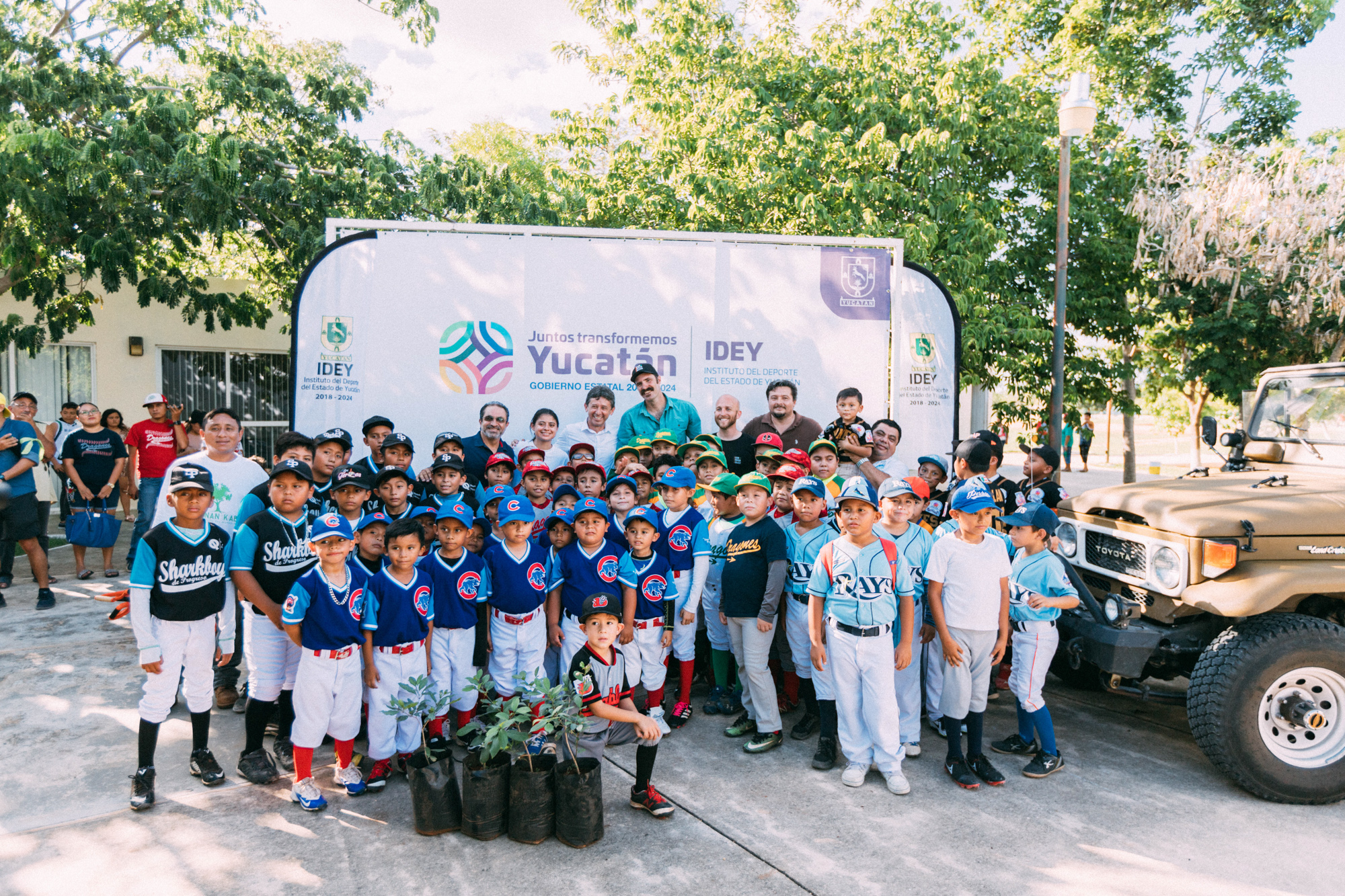 Leading up to this adventure, I was concerned that we wouldn’t have enough time to really enjoy this trip. Sixty days to Panama and back seemed overly ambitious. Yet we’ve managed to fit in so many meaningful experiences in between the miles. Undoubtedly, the next two-thirds of this trip will be equally amazing.

Steve is a 32-year-old Army veteran and accomplished adventurer from Merced, California. He has set foot in over twenty-five countries, and just as many states. In 2017, he racked up over 2,600 miles of backpacking on the Oregon Coast and Pacific Crest Trail. When Steve isn't venturing into the wilderniess he's crafting songs. Nathan is a 36 year old Central Coast native. At 18, Nathan moved to Mexico where he lived and worked for 12 years. Throughout those years, he traveled extensively, learning the intricacy of Mexican culture. In 2011, he moved back to his hometown of Paso Robles where he took a job as a ranch manager. Locally, he has come to be known affectionately as "The Shepherd." Nathan is an avid surfer and videographer when he's not at work.