Had you talked about Vanlife in the United States with anyone 10 years ago, it would have been almost certain that images of a VW Westfalia would have come to mind. Movies and TV shows depicted them cruising down the California coast or through the redwoods, outdoor brands printed them on T-shirts, and they dominated the #vanlife scene on Instagram. In just about every metric that mattered, Volkswagen owned the camper van space without even trying, which made it seem oh so obvious to introduce their new pop-top camper vans here. Of course, we all know how that turned out. Instead of giving North America the van we all wanted, VW named it the California, and then sold it just about everywhere but. Their logic? Americans simply won’t pony up the cash for such a vehicle. Well, sorry, VW, but Mercedes thinks you’re wrong.

In Volkswagen’s glaring absence from the space, Mercedes has gone on to take over with vans of every color, size, and shape. Four-wheel-drive Sprinters fetching base prices over $60,000 are on backorder, and RV manufacturers like Storyteller Overland and Winnebago are selling Sprinter-based rigs for $150,000-$200,000 all day long. Based on that rather obvious logic, they’ve now deduced that Americans can and will pay for a campervan, so they’re going to beat Volkswagen to the punch by introducing a small, versatile, factory pop-top Metris dubbed the Weekender. 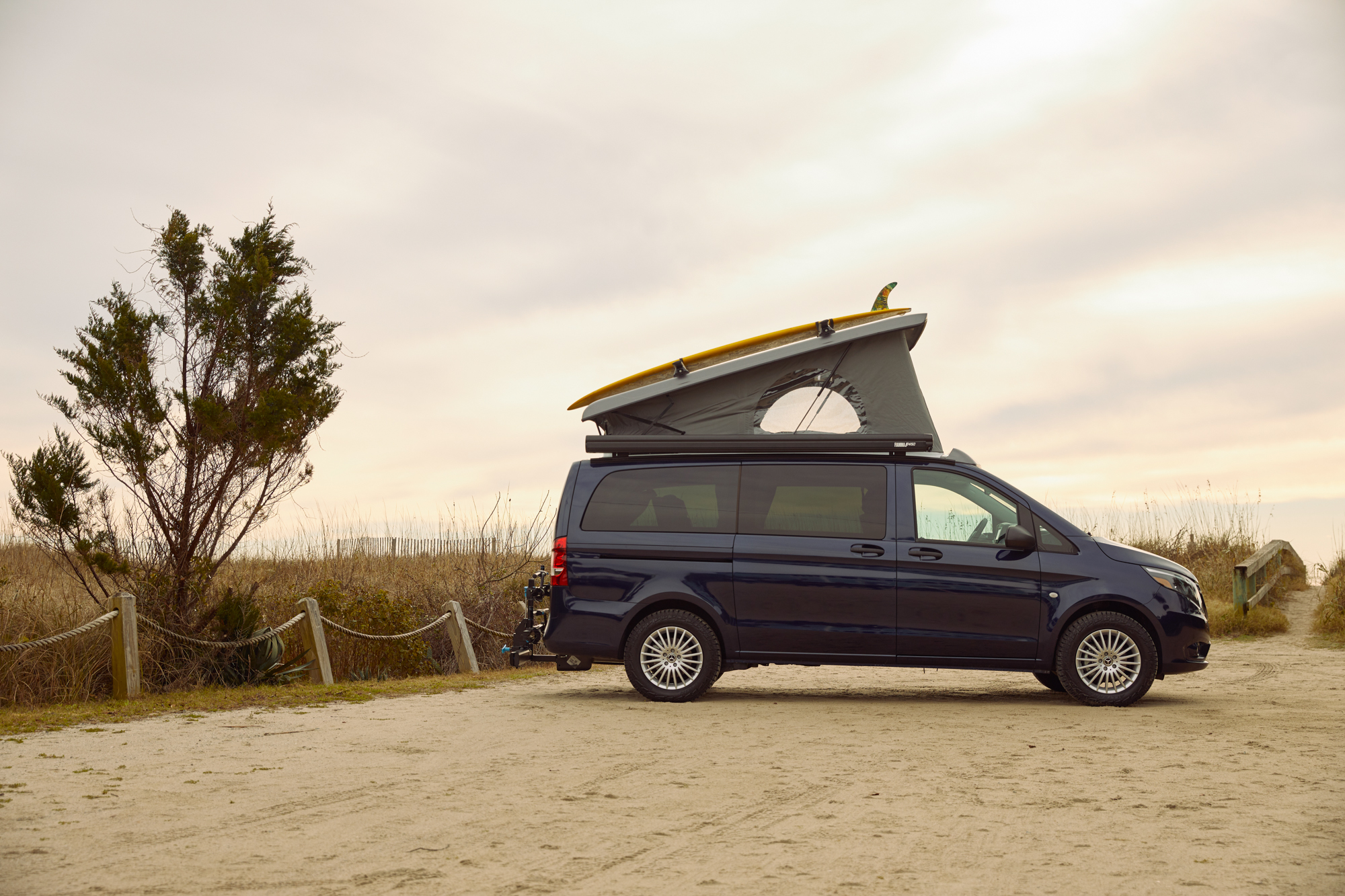 “Pop-up campers are iconic and highly functional vehicles, “ says Vice President and Managing Director Robert Veit of Mercedes-Benz USA Vans. “We have known for a long time that this market need was unmet as evidenced by the high demand for aging existing camper vans still on the road. With the help of our partners, Peace Vans and Driverge, we have utilized the Metris to create a product suited to those who seek adventure, but also need a versatile and comfortable vehicle for their day-to-day lives.” 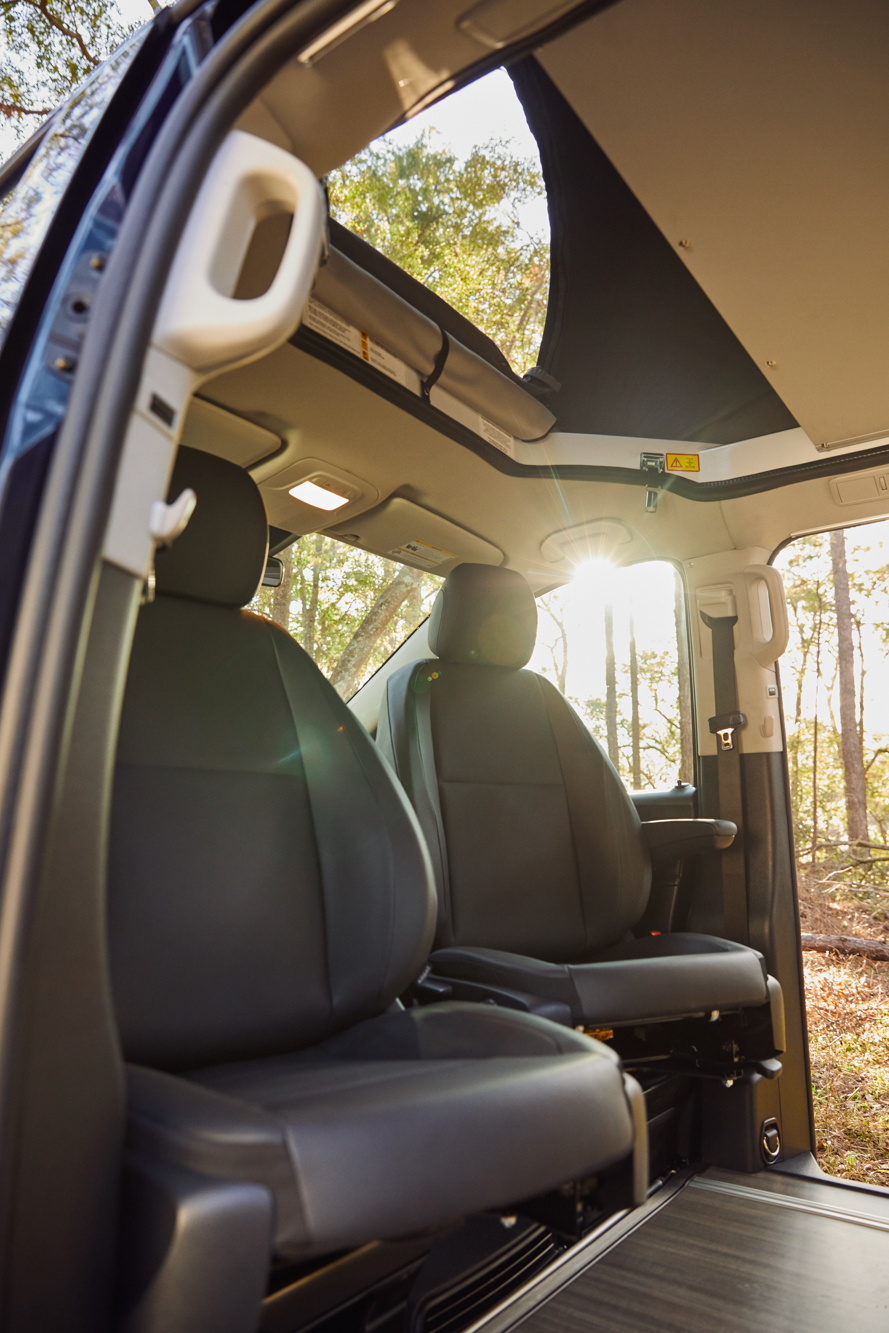 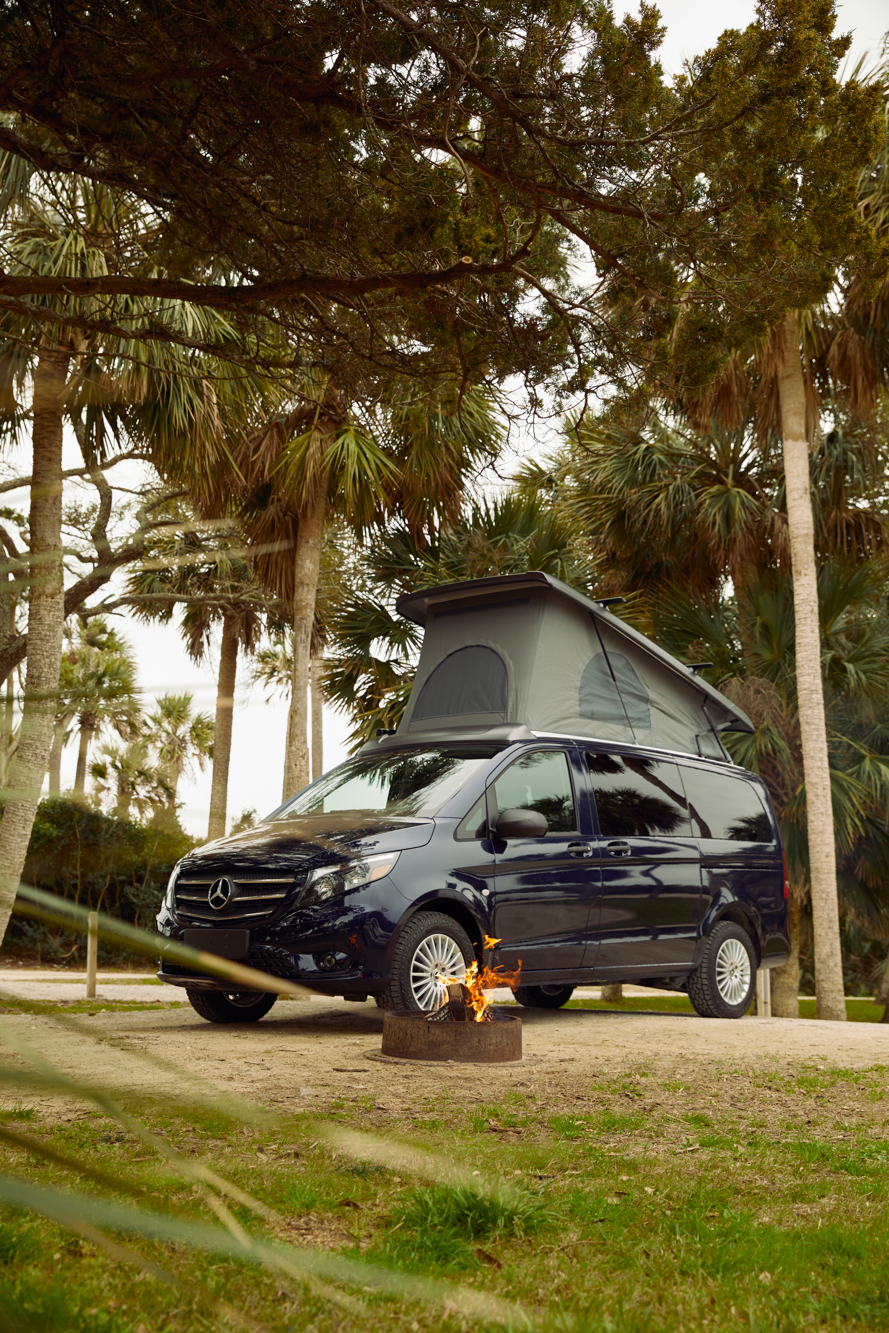 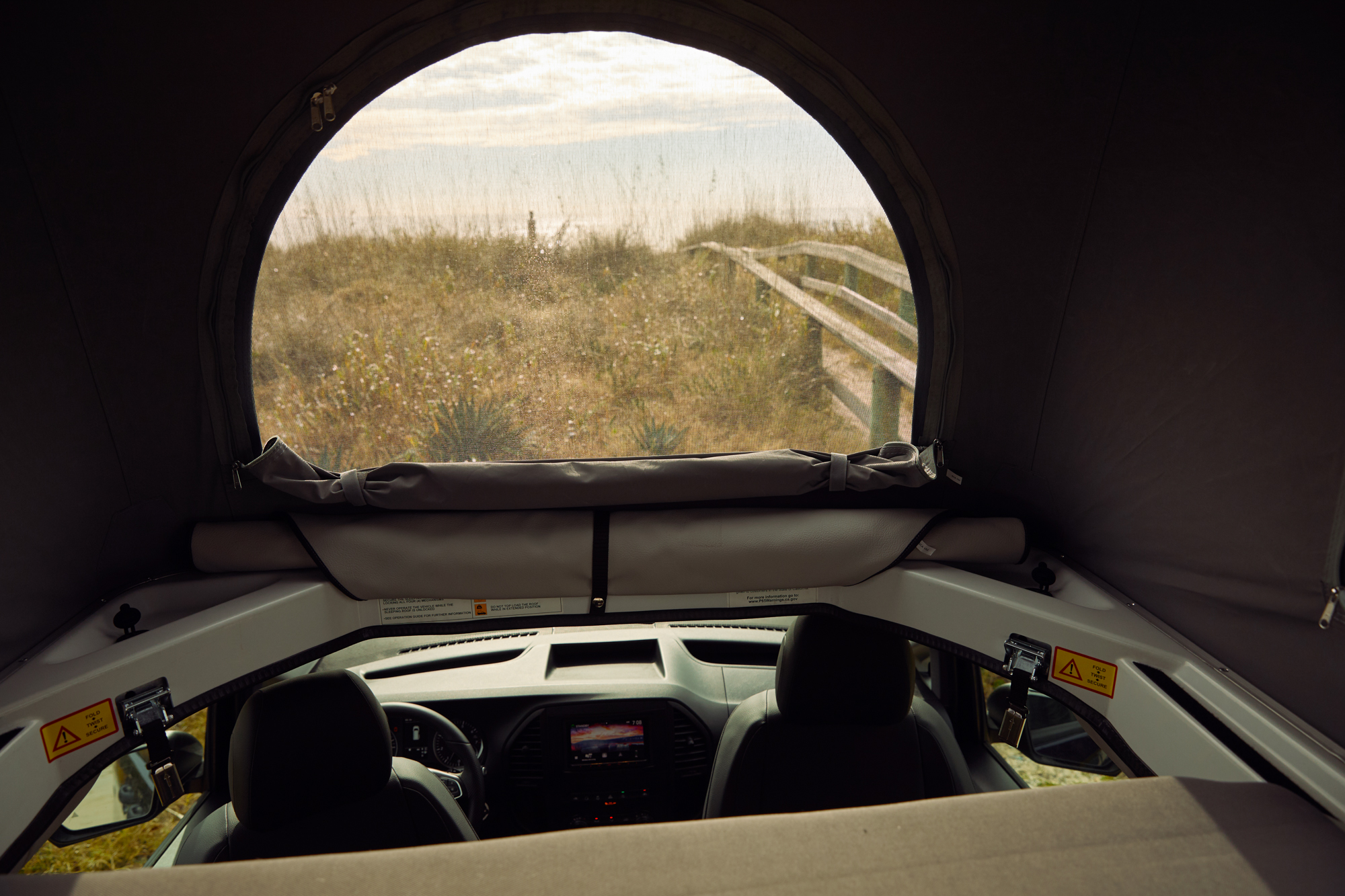 Now for those of you thinking that a pop-top was already on the market for the Metris, you’re right. There are several manufacturers who will cut your roof off and slap a sweet-looking tent up there, but there’s something to be said for a factory-supported option that you know has been done right. That’s why Mercedes paired their engineers with the experienced crew at Driverge Vehicle Innovations, who are part of the MasterSolutions program with Peace Vans. As you can imagine, there are a lot of factors at play when you’re cutting a massive hole in a brand new Mercedes, so partnering with one of the largest classic camper van repair and restoration shops in the United States just made sense. 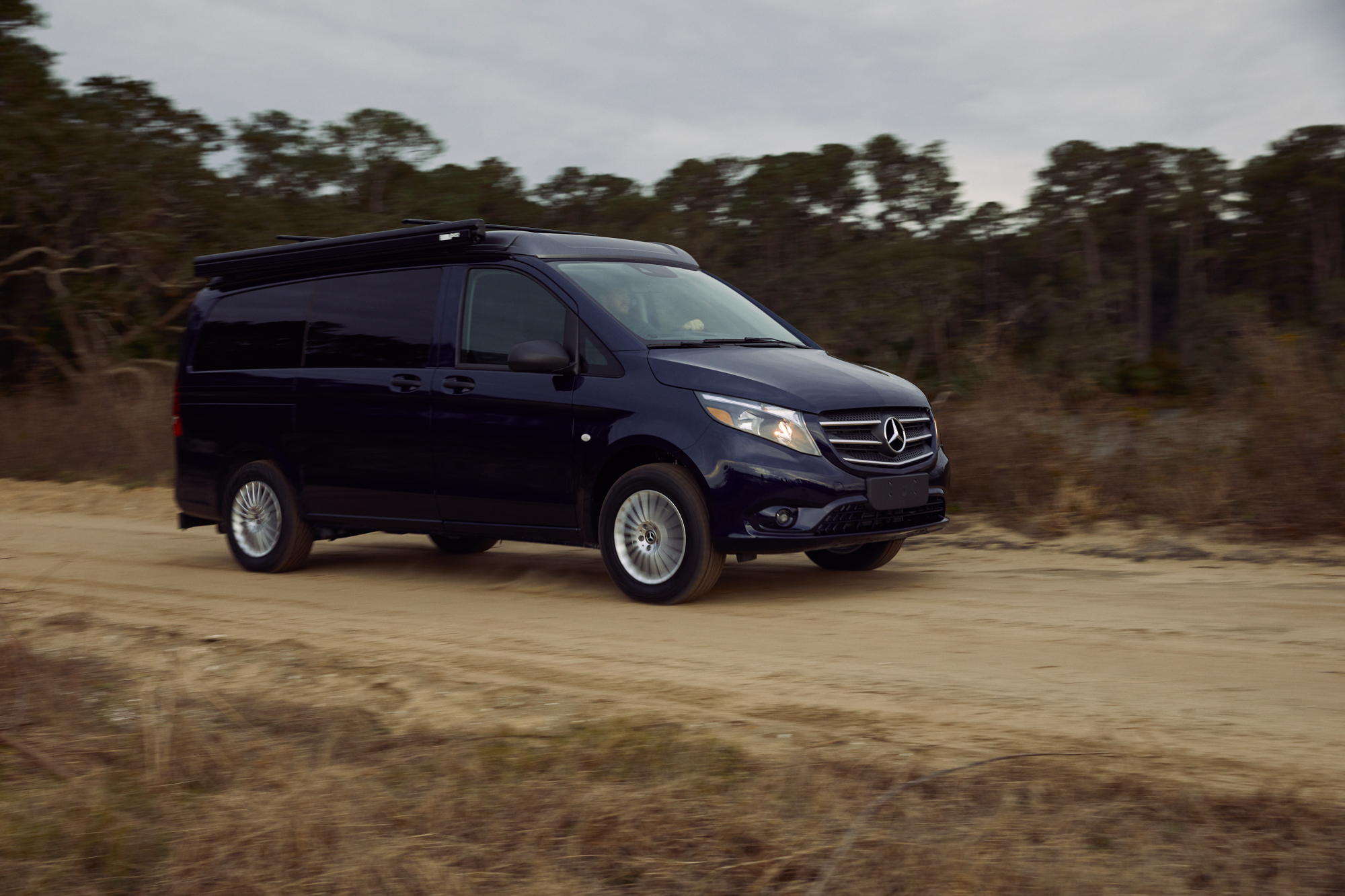 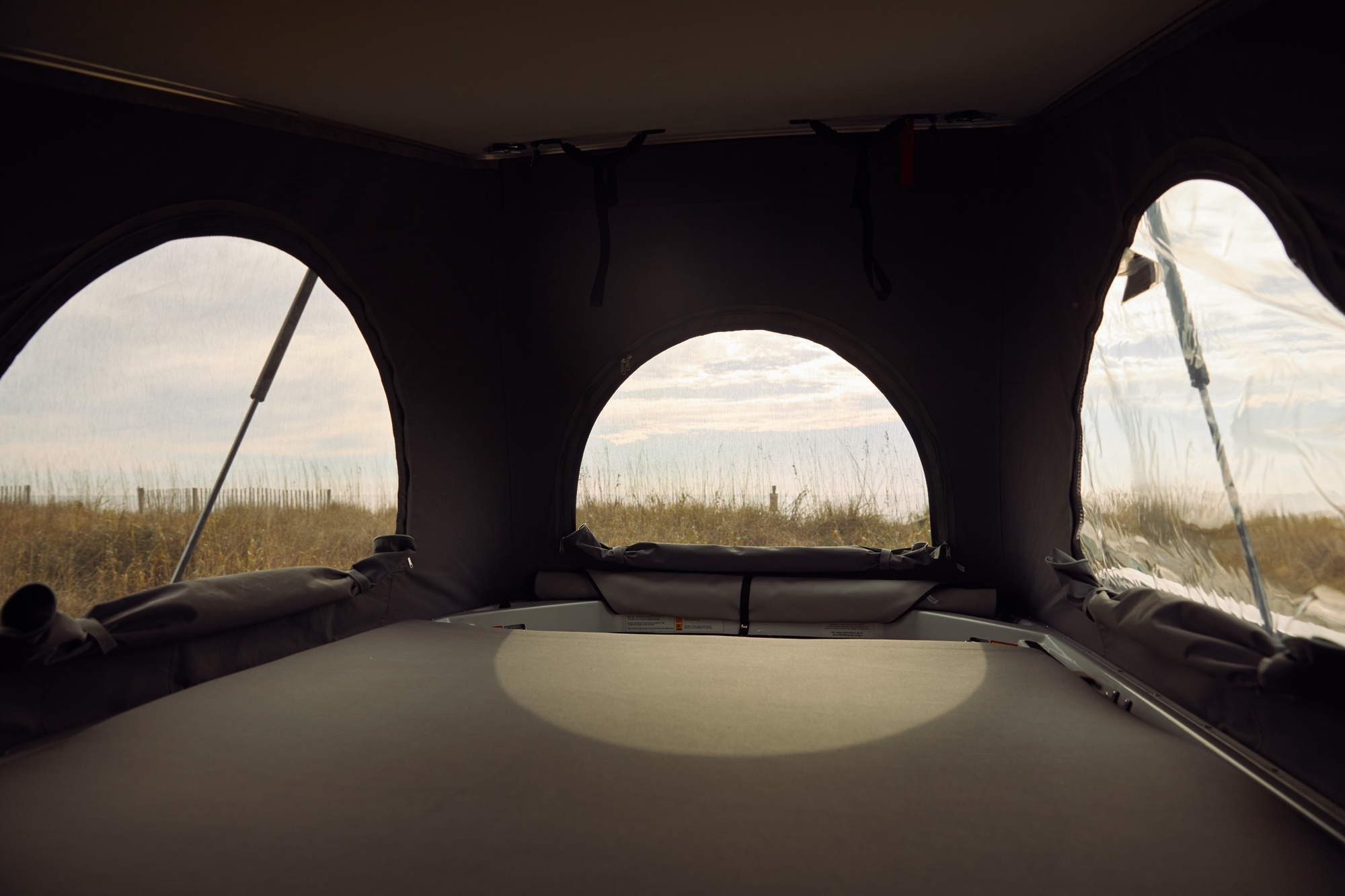 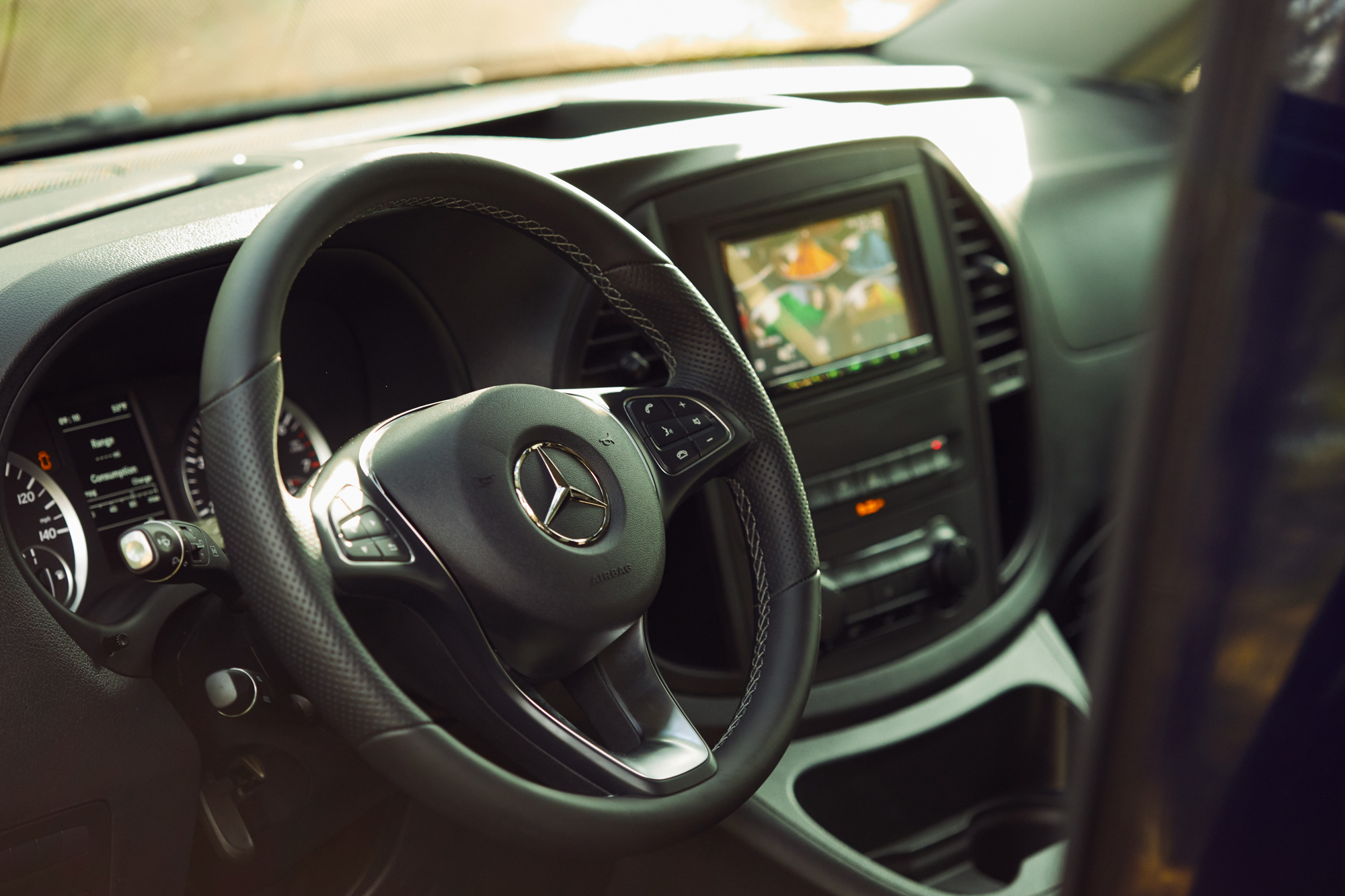 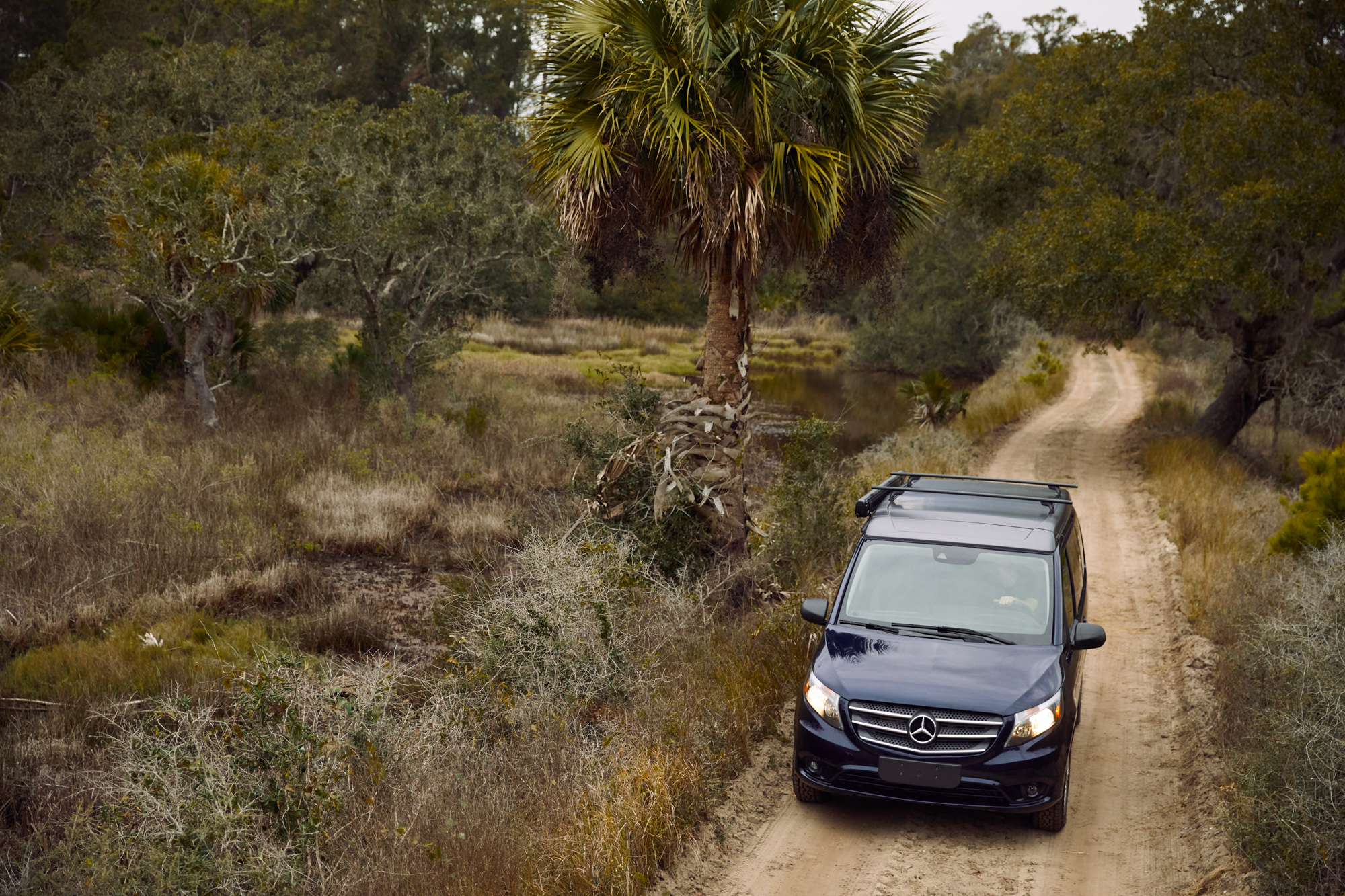 So what does the Weekender get you? Well, we can say it’s a whole lot more than just a pop-top. 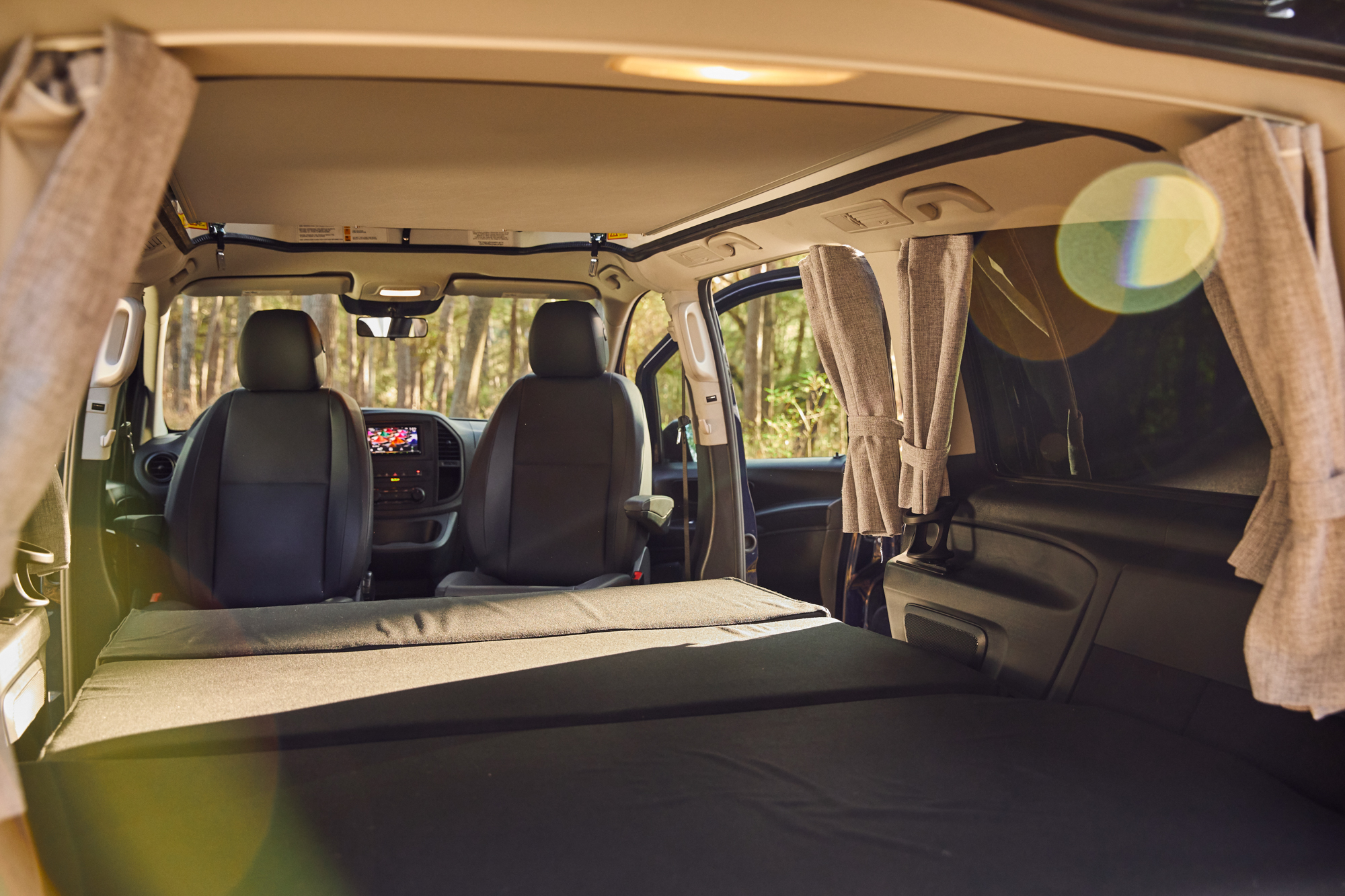 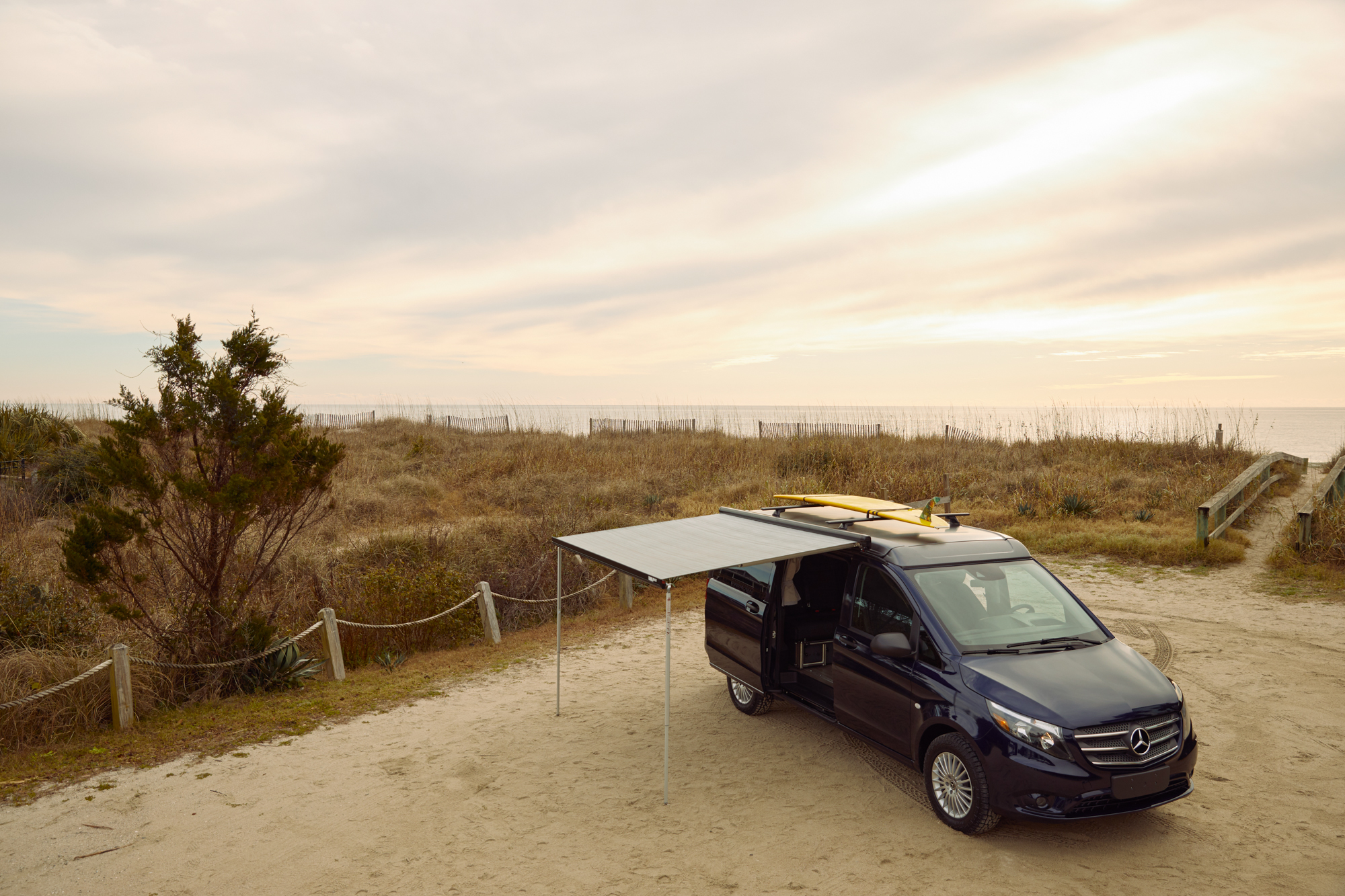 While Mercedes doesn’t list it on their press release, their partner Peace Vans does offer a 1.5-inch lift kit for the Metris, which allows it to run larger tires for a total improvement of 2+ inches of lift. As of now, it says they will not retail it separately, but I imagine demand with these new campervans will be high.

If you really want to get crazy, though, you could always call up the team at Iglhaut Allradfor a permanent all-wheel-drive, low-range, triple-selectable diff-lock conversion—just saying. 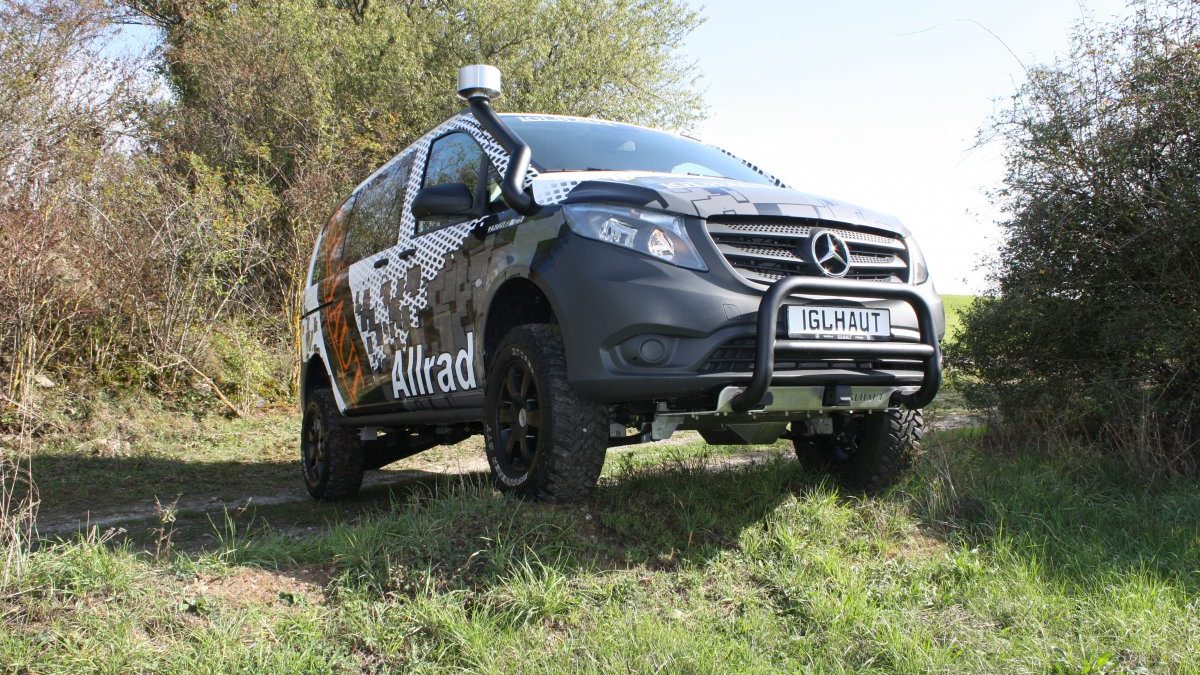 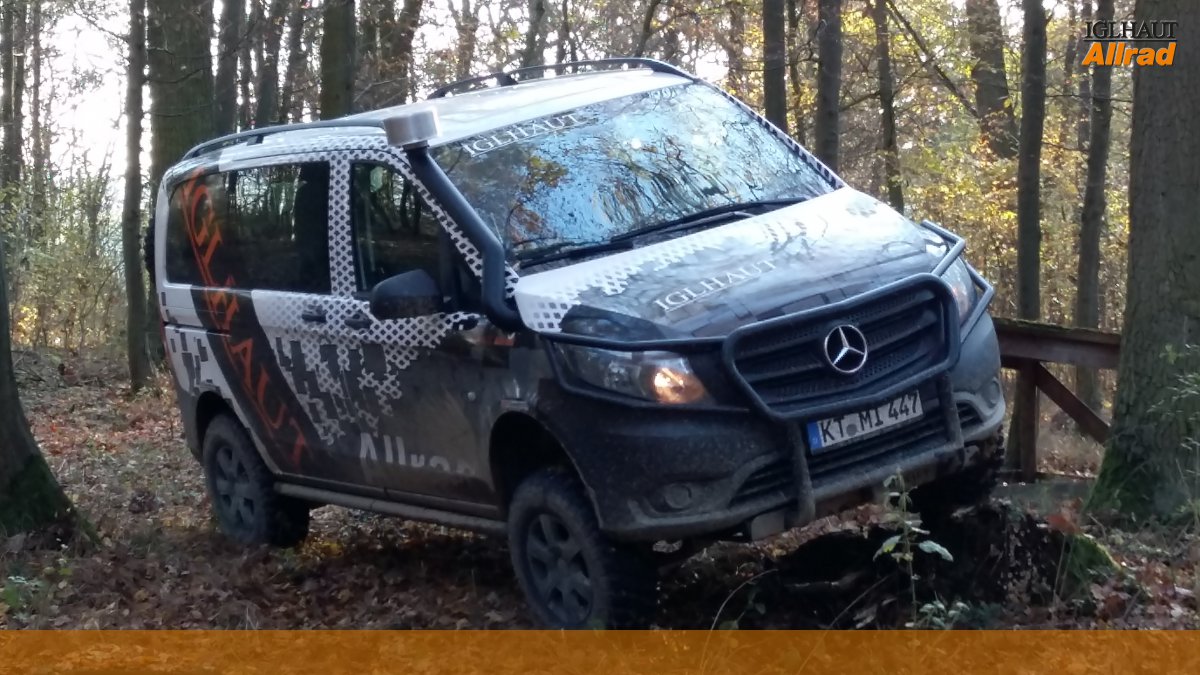 While the possibility of ordering a brand-new Metris from the Mercedes dealer with solar, a second battery, and a pullout rear kitchen is beyond exciting, I’m sure there will still be some diehard fans out there holding out for the VW. Having owned a Vanagon, I get that, but I also get the pain of leaking fuel lines, overheating motors, and one too many tow trucks. For people like me who just care about getting out there, driving a brand new van with all of the comfort and safety features of a modern vehicle is going to be an enticing offer. So enticing, in fact, that if VW isn’t careful, the vans that have dominated our culture in the past may become just that, a thing of the past.

To learn more about the new Weekender, check it out on the Mercedes website here. Where the Mountains Meet the Desert

Meet Aloha Wanderwell, the first woman to drive around the world 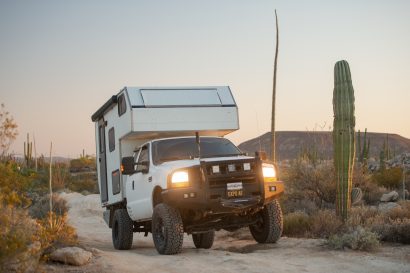 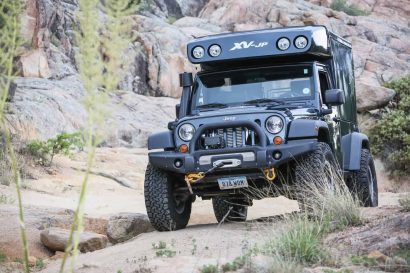 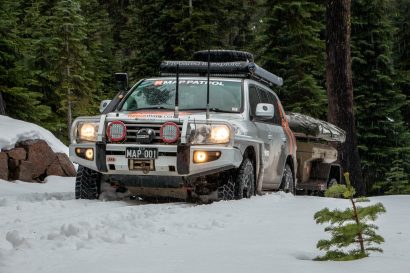