In the furthest reaches of Siberia, after visiting the ghost town of Kadykchan (see article here), the Dneprovski GULAG camp was next on the list. Situated about 200km north of Magadan, a Stalin-era gulag camp rots at the end of a forgotten road 30km off the Road of Bones. The dirt road wound its way into an open valley, following an ambling river. Fording the river and negotiating deep mud holes, we eventually came to the ruins of a gulag camp and tin mine.

Stalin established gulags to house political prisoners in the early 1930’s, using them to provide free labour to the metal and uranium mines in Siberia, particularly in the Kolyma region. The Soviets in the west set up a large construction trust called Dalstroy (a Russian acronym for Far North Construction Trust) that would manage all construction and mining projects in the region. The operation grew to encompass all facets of economic management: surveying, transportation, port management etc. Dalstroy established approximately 80 different Gulag camps in the Kolyma, using hundreds of thousands of prisoners over the years. Like many of the more isolated Gulag operations, the camp population was a mixture of political prisoners and ordinary criminals. The port city of Magadan was constructed in 1939 to further ease the extraction of the regions valuable deposits and to more effectively transport prisoners in from the west. 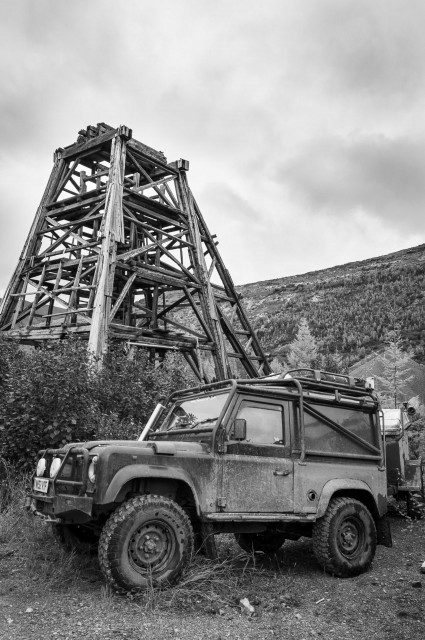 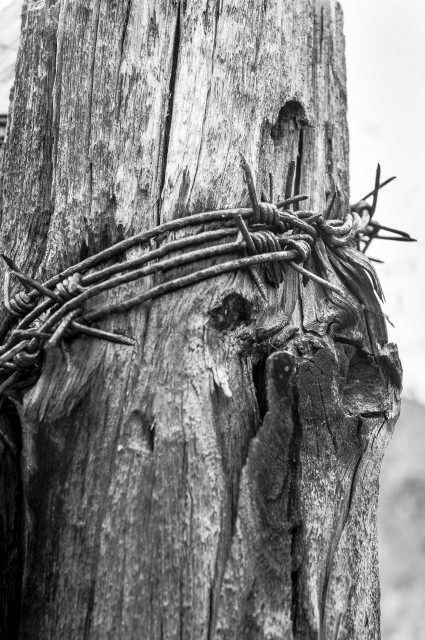 Prisoners were treated terribly, being forced to work long hours in temperatures as low as -50°C. They slept in rudimentary cabins with little protection from the elements and they were fed the minimum amount of sustenance to keep them alive under normal conditions. Those that survived the grueling regime still had the threat of being shot for not working hard enough (Solzhenitsyn once quoted a camp commander as stating ‘We have to squeeze everything out of a prisoner in the first three months — after that we don’t need him anymore’). Thousands of prisoners died, often left where they fell; in the case of road construction in the Kolyma region, those who perished often became part of the foundation for the road itself, leading to the now infamous name of “Road of Bones”. The M56 project lasted the entire 21 years of Dalstroy Gulag operation. 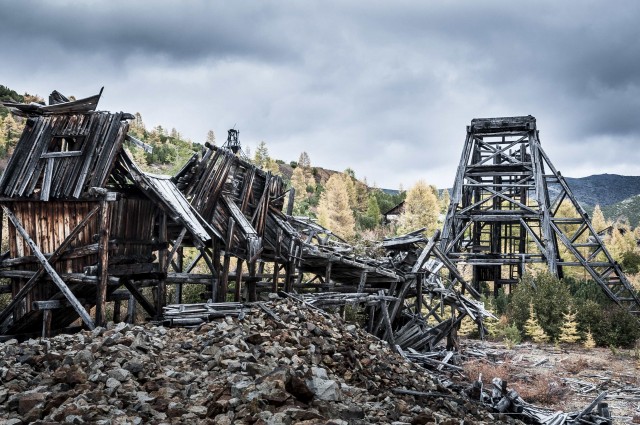 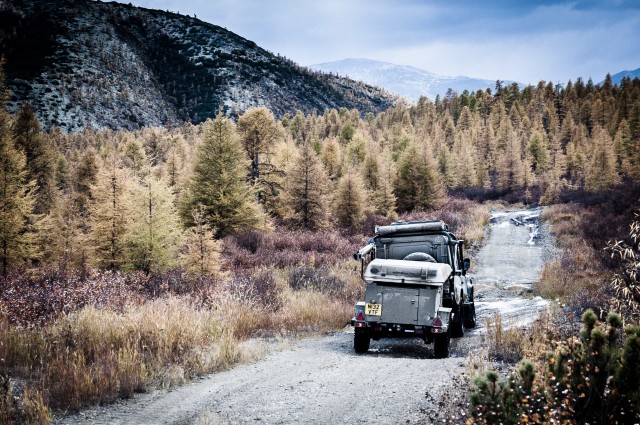 The first indication that we were close was the sight of a disused conveyor belt descending the long hill from an abandoned mine shaft above. But we were still some way off from the camp itself, a distance that would have added considerable time to an already long day for the prisoners working the mine.

At first, it was hard to make out the buildings, but a few disused watchtowers scattered across the hillsides indicated the site of the camp, which was located at the end of the valley, surrounded by hills and watchtowers on all sides. We wandered into a couple of derelict buildings that were still relatively intact; one could have been an administrative building, as it seemed better constructed than the rest; the other looked like accommodation. Most of the buildings were inaccessible as they were at best overgrown, at worst downright dangerous. Unlike Kadykchan, little evidence of the camp’s previous occupants remained. Nature had reclaimed so much of the former prison that it almost felt as if centuries had passed, not merely decades. It wasn’t a nice place to be, but there was no ominous feeling surrounding us either. 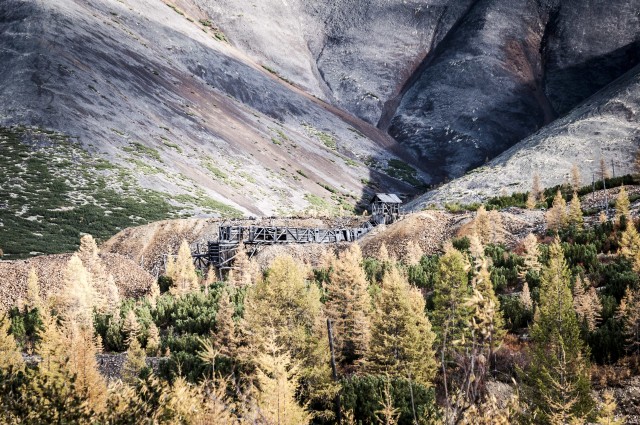 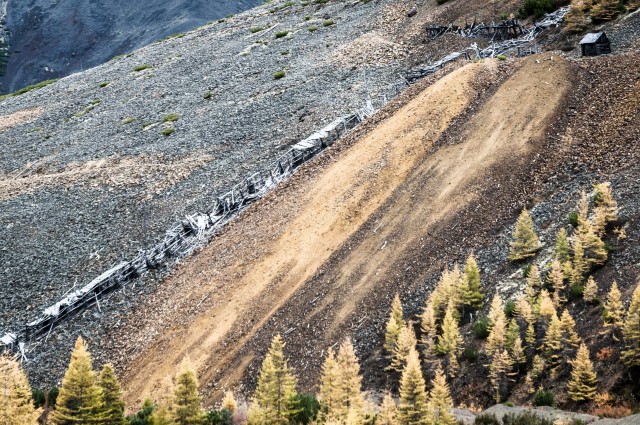 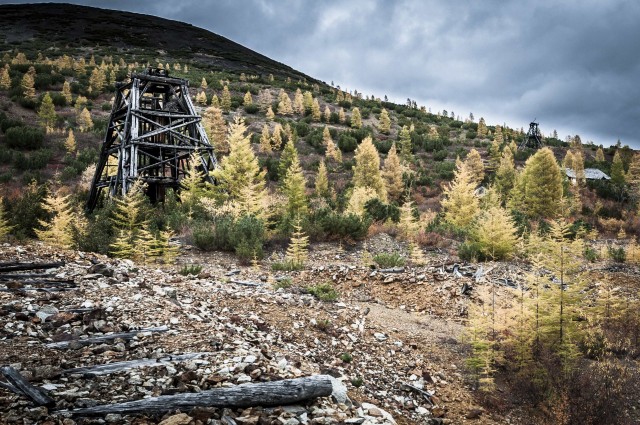 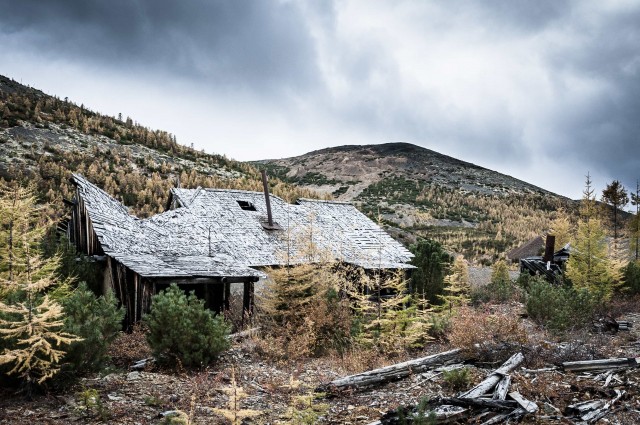 As the sun began to set and the valley grew cold we decided to retrace our steps and head back out along the forgot gravel path to the Kolyma Highway and find somewhere to camp for the night before heading to Magadan, our final port of call.

Note – An estimated three million prisoners were sent to the gulags in the Kolyma region alone, with 700 000 recorded deaths. Over 12 million prisoners passed through the gulag system throughout the USSR, political prisoners and criminals alike. After Stalin’s death in 1953, most of them were closed down. Those mines that were still profitable were transformed into paid employment; with wages higher than elsewhere in Russia, a steady flow of workers moved to the area with their families.