via West County Explorers Club: I went on a nice little solo trip up to the Sierra Nevada this past summer, found some great back country camp sites, and thought I’d share them with you. Keep these in mind for next summer when the snow clears.

This site, on the edge of a meadow at about 8000′ feet elevation, lies east of Bear River Reservoir (which is off Highway 88). It’s a beautiful, quiet spot. The road there though is one of the roughest I’ve driven. I’d say a 6 out of 10. Parts of it didn’t even look like a road. 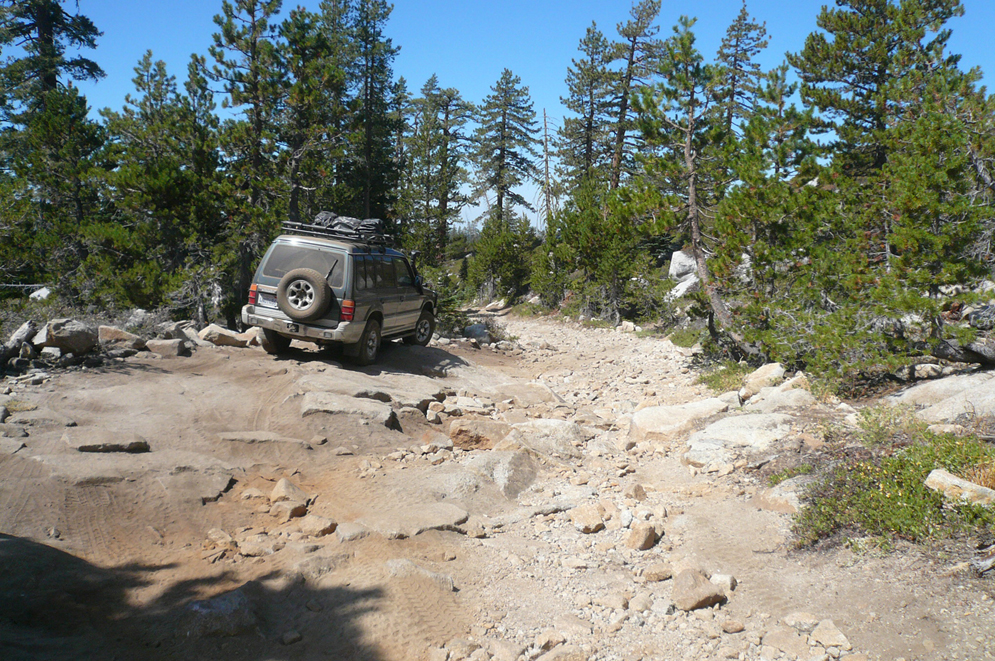 If you go, you’ll need a good map. I recommend the 7.5 minute USGS map “Bear River Reservoir, Calif.” The camp site is very near the spot on the map marked “Upper Pardoe’s Camp.” 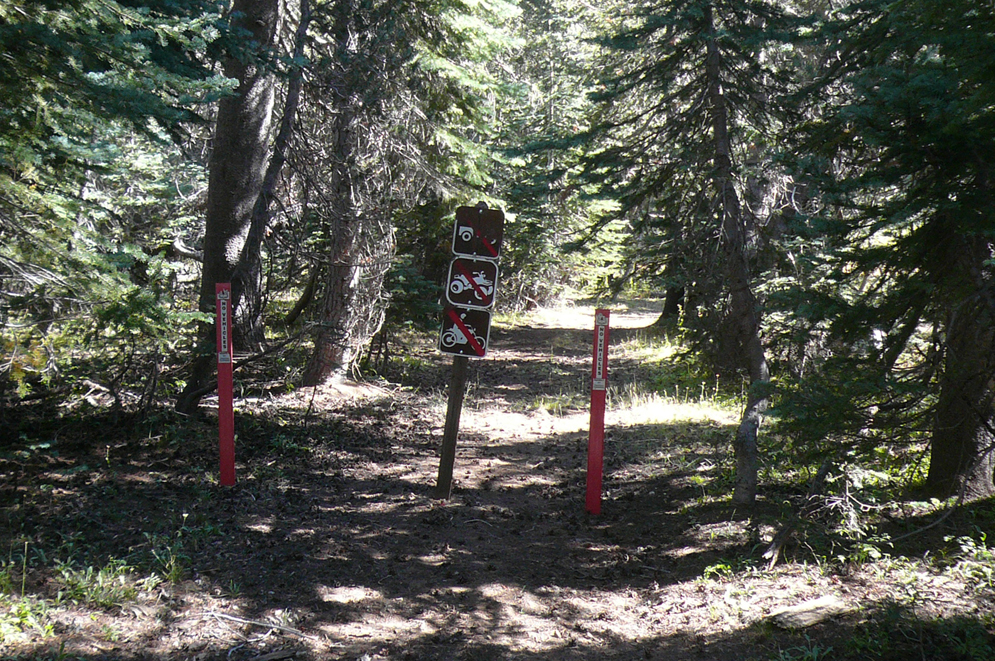 The road ends before you can get to Upper Pardoe’s Camp, but there’s a nice little clearing there where you can pitch a tent. Walk up into the meadow and you’ll see the source of a tiny spring. 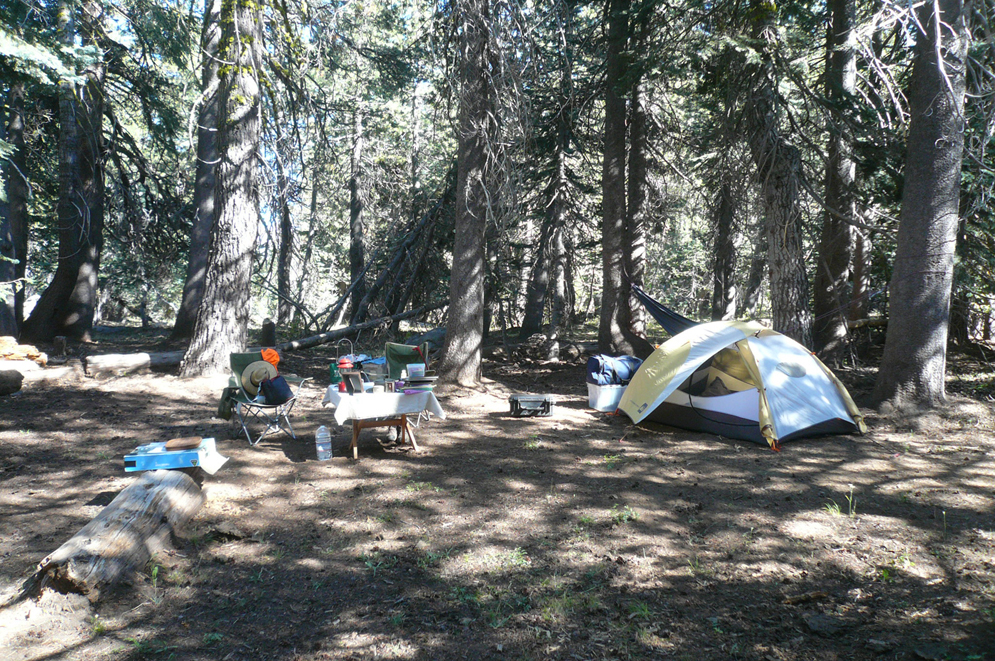 Talbot Campground is the last in a string of campgrounds heading northeast from French Meadows Reservoir, which lies west of Lake Tahoe about halfway between highways 80 and 50. If you keep heading to the right once you’re in the campground you’ll end up at the last site, which is situated on the Middle Fork of the American River. There’s a nice swimming hole there. I’m not going to say the water isn’t cold but it is refreshing.

The roads in are mixed pavement and dirt, not difficult. 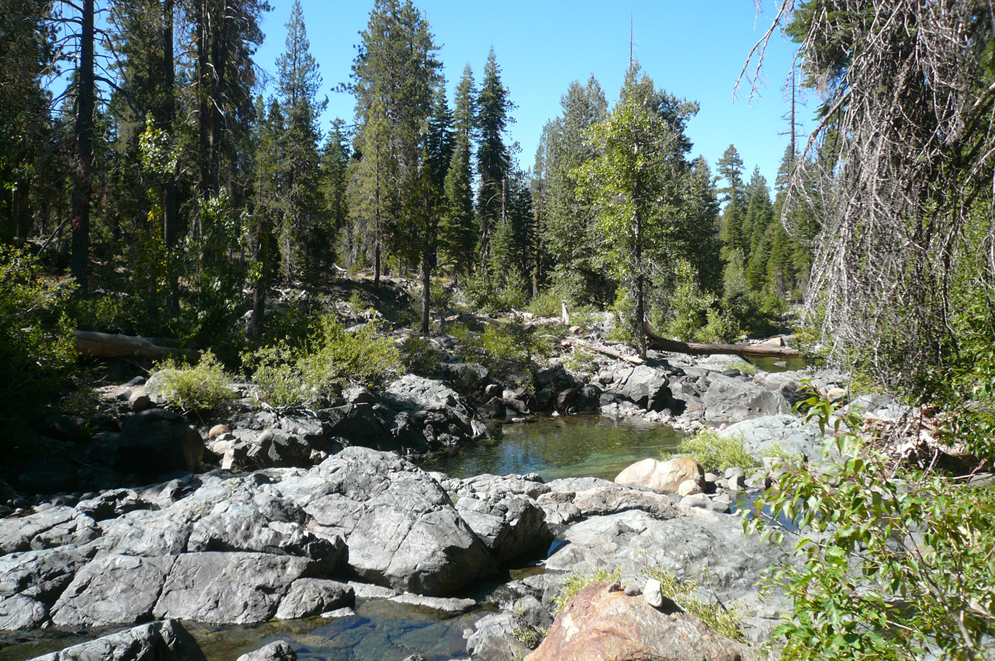 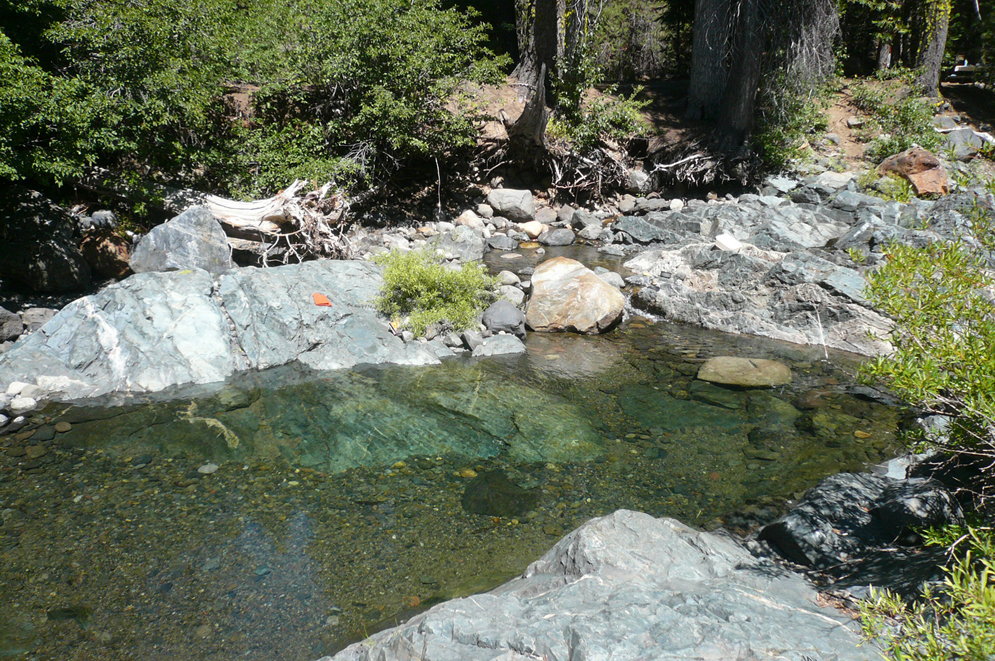 Head west from Talbot over the Red Star Ridge and you’ll end up on Foresthill Road. Near the most northern point of the road, north of Macedon Ridge, you’ll find Secret House camp. You’ll have to pay close attention to your map though, because it’s not sign posted.

Once you’re in the camp, head west and south and you’ll find what looks like a big turnaround area. There’s a nice big, quiet site there. Yes, there are spent shell casings lying around. Yes, a couple of the smaller trees have literally been mowed down by gunfire, but if you can go when there aren’t a bunch of guys tossing back beers and shooting up the forest, it’s a really nice spot. Try to hit it on a weekday.

The road to Secret House is paved. 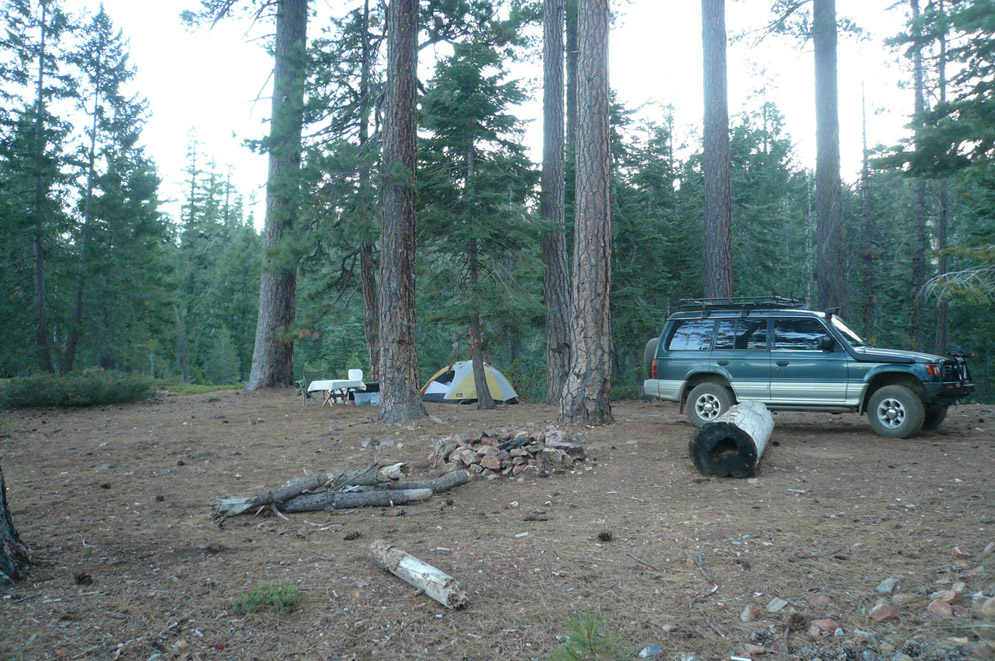