Technology changes everything and provides the types of innovation that ushers in the future. Not long ago, drivers bemoaned fuel injection, then ABS, and, more recently, traction control, and vehicle stability control. All of that technology has transformed vehicle reliability and safety while also (in most cases) improving performance. With current-generation ABS systems, each wheel can be slowed or stopped independently of the others, a capability that even the best driver cannot achieve. Having said that, I still have my Luddite principles and want to turn it all off—when I feel like it.

The next frontier of overland suspension technology will usher these same outcomes, providing highly variable and fast-adapting damping at each corner of the vehicle, the response algorithms being controlled by numerous inputs from the host vehicle and augmented sensors. While these types of systems are available on some sports cars, it has not been available for off-road applications until the recent release of the E-CLIK ® from Suspension Direct, Inc. 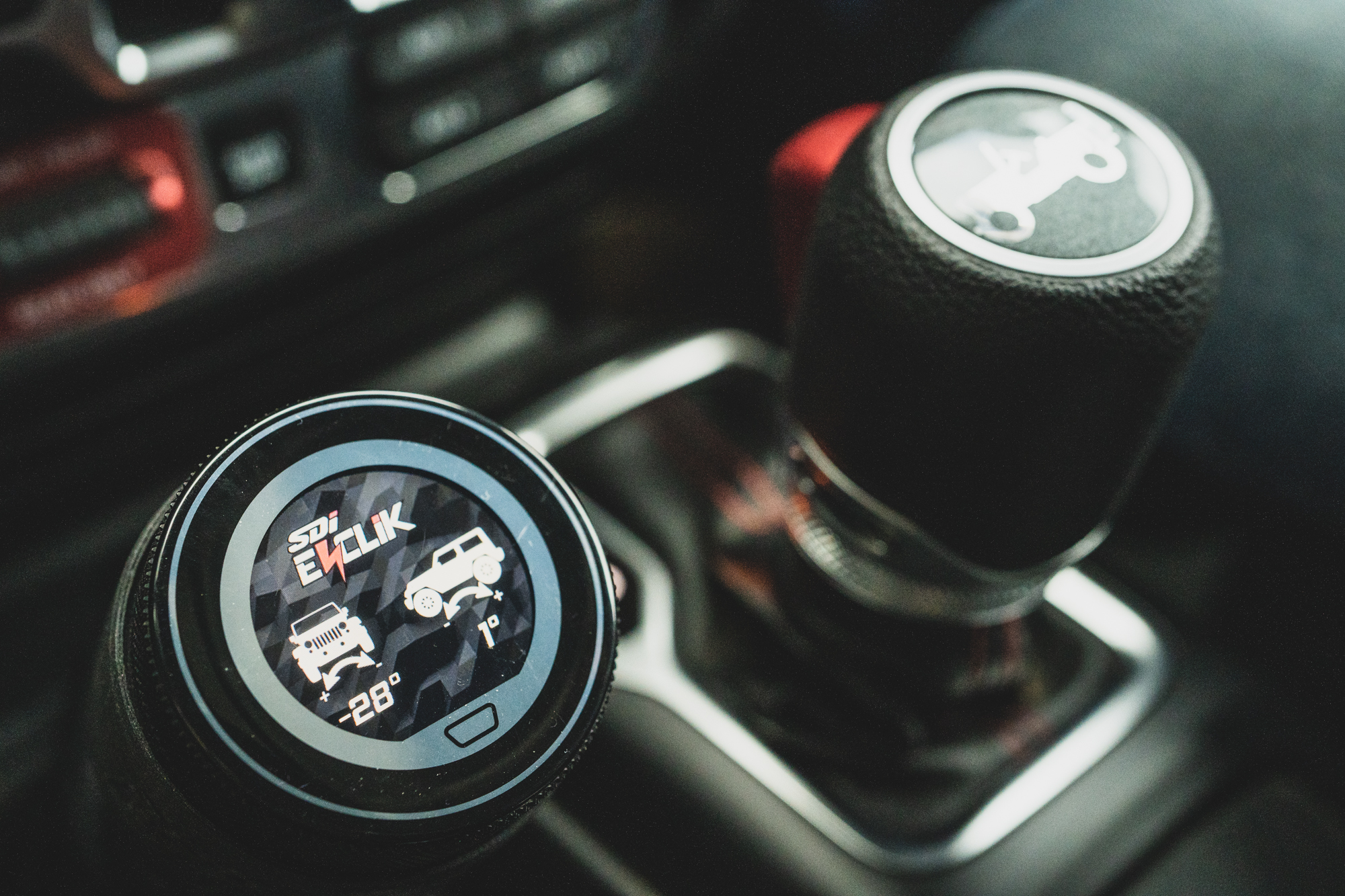 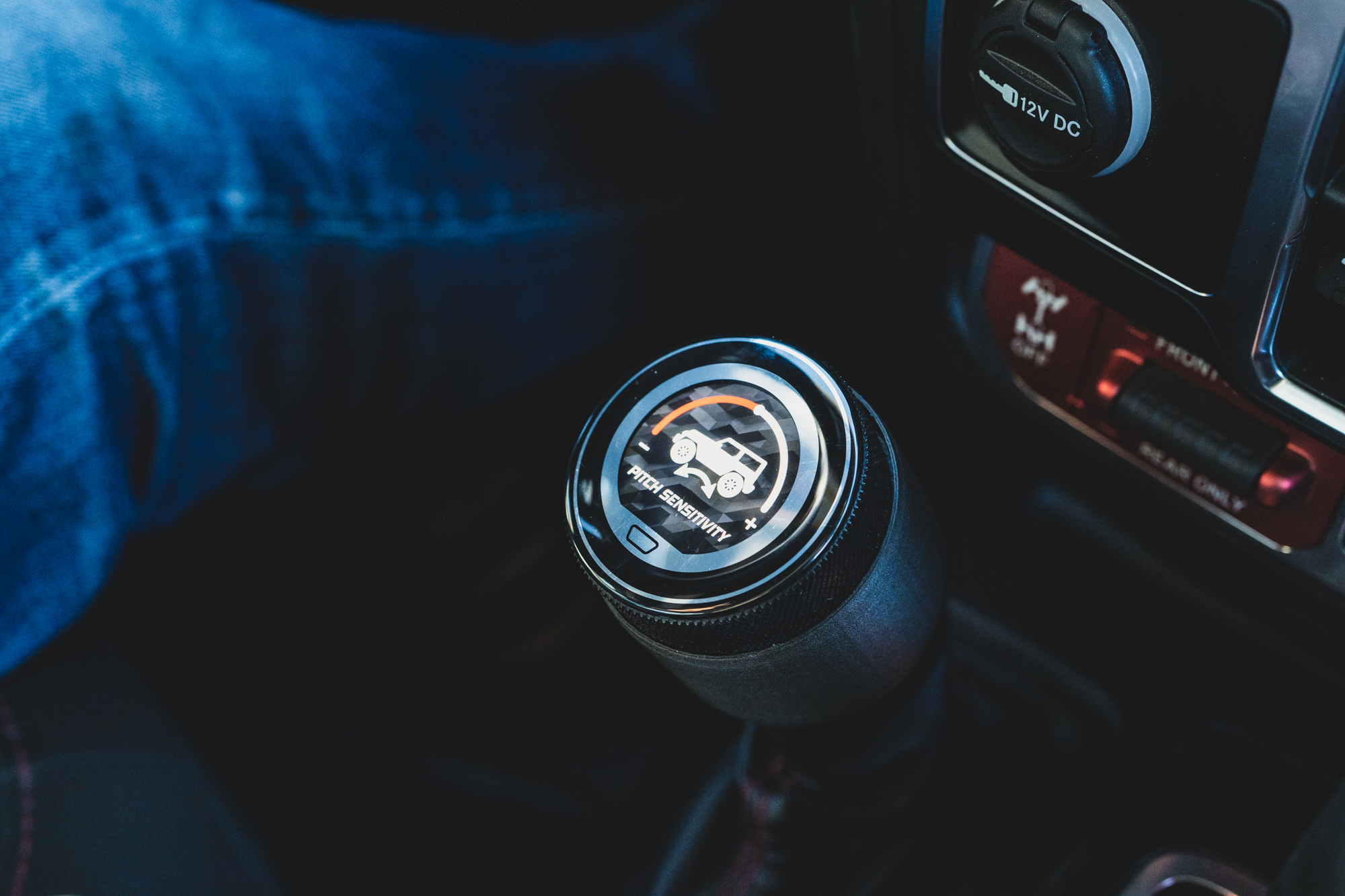 At Expedition Portal, we have been fortunate to race everything from the Outback Challenge in Africa to the Baja 500 in Mexico, which has been formative to both our appreciation and understanding of vehicle dynamics. An overland vehicle that does not handle properly on the road was not built properly. Even with a higher center of gravity (COG), increased payload, and even a roof load, there are principles of improving suspension effectiveness. 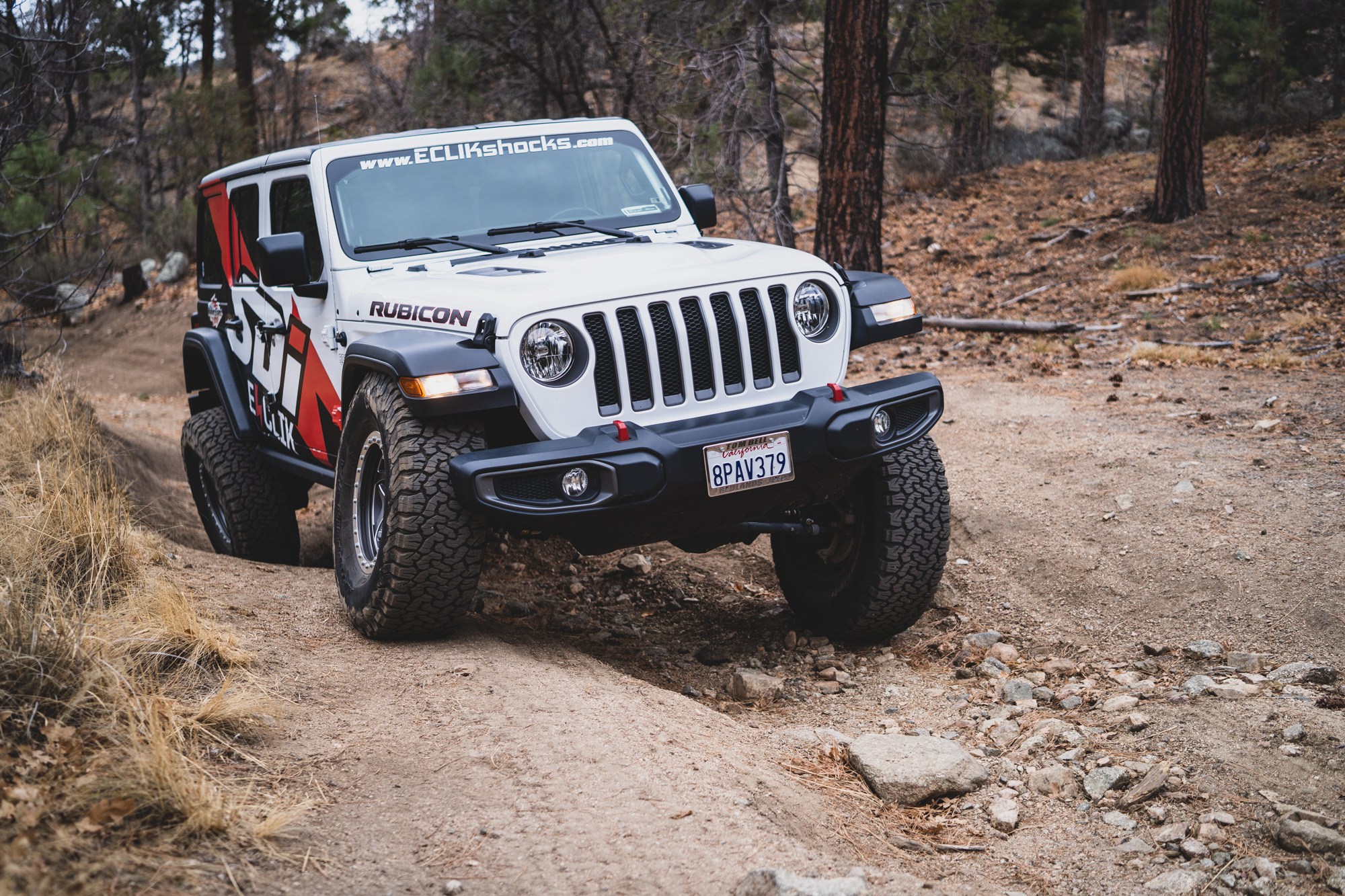 To improve road and trail performance, several attributes need to be considered: 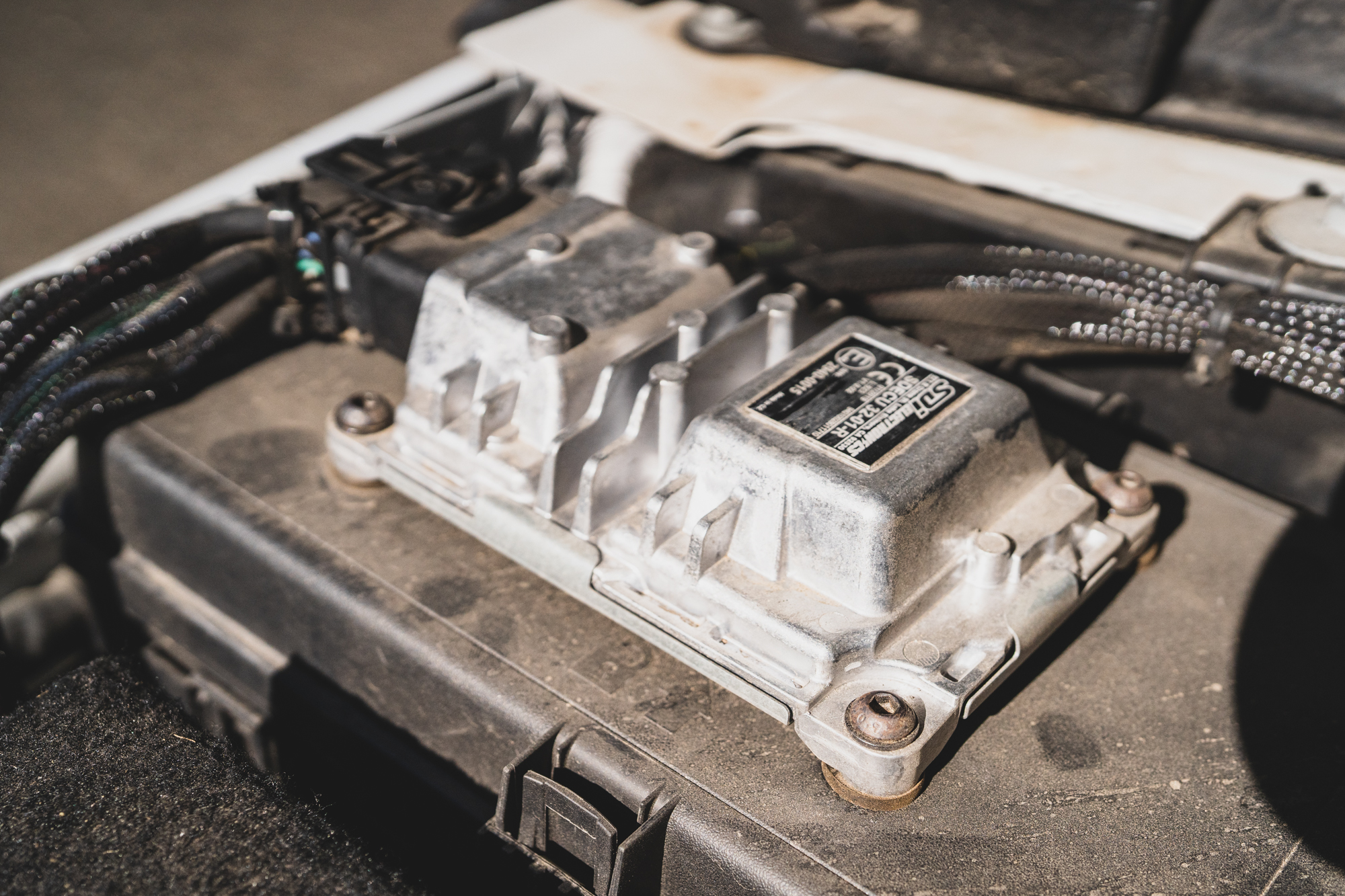 For a vehicle like a Wrangler, it is easy to find springs and geometry correction solutions from quality companies like AEV, OME, Icon, and others. Finding a quality shock is also possible, but most of these dampers are set to a compromise of compression and rebound that meets the needs for the middle of the bell curve. There are driver-adjustable systems as well, but only the E-Clik makes active valving adjustments within 1/250th of a second. That statement may come across as overly complimentary, but being first to market with something that really works is rarified air. 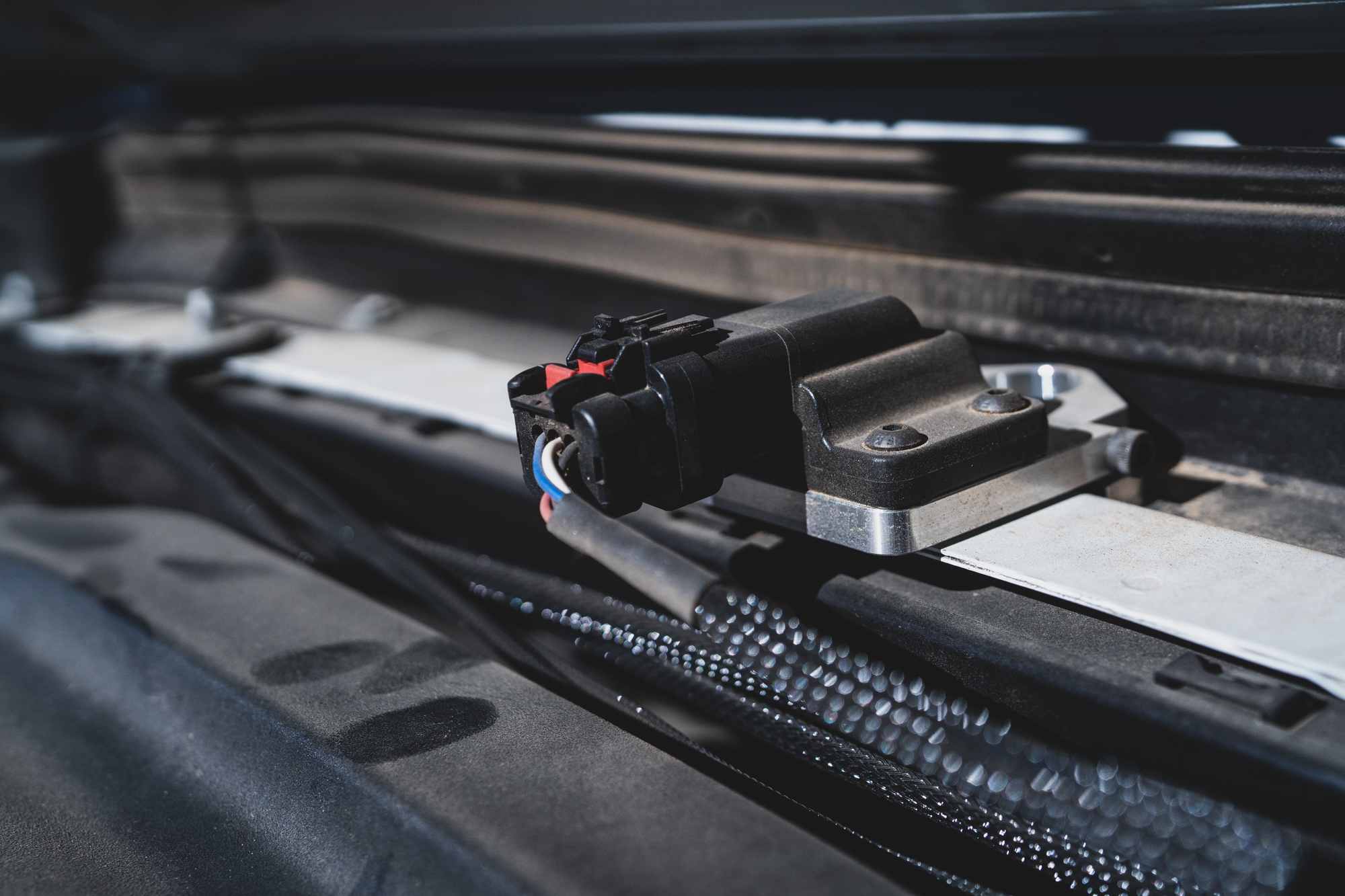 The Inertial Measurement Unit installs inside the engine compartment, at the top of the firewall.

It would be easy to write a few thousand words of technical copy on the features of this system, but I want to focus on the use cases. To summarize the features, it starts with a Made-in-USA shock, manufactured and assembled by SDi using a combination of in-house (and locally machined) parts, and adapted electronic components. Next is the proprietary touch-screen controller that replaces the transfer case shifter on the Jeep JL, incorporating a touch screen and dial configuration to review and change settings. The system is controlled by an ECU that gathers data from 12 different inputs, including the supplied 8-axis inertial measurement unit (IMU). The system adjusts the damping of all four shocks in real time, autonomously and transparently, with no input needed from the user. Additionally there is a user selectable Road Mode and Trail Mode. For advanced users the system allows extensive manual (via the touch screen) adjustability and sensitivity biasing. 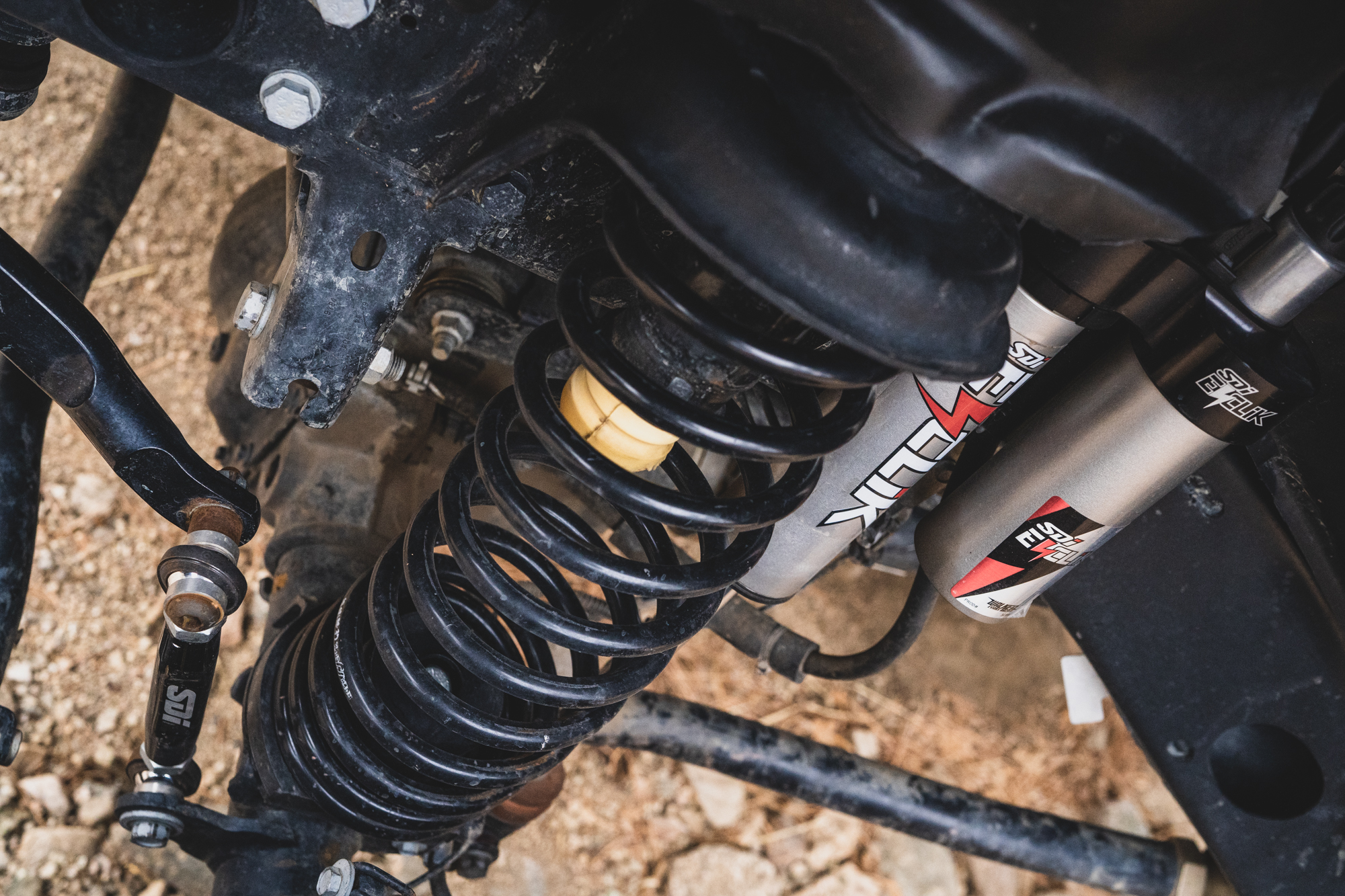 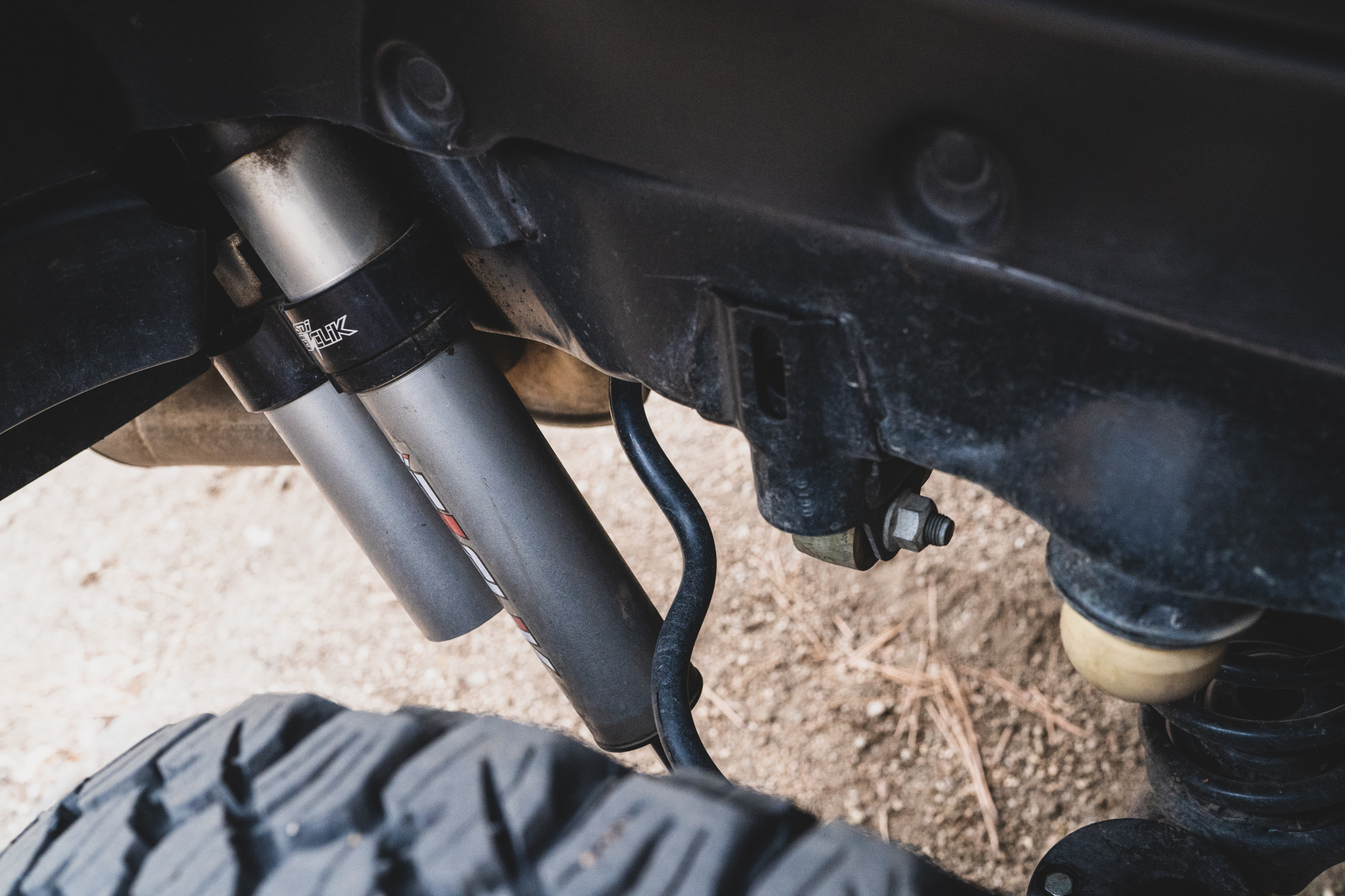 The system installs easily, with additional time required to install the ECU, IMU, and run the harness to each of the dampers. Each shock has an integrated electromechanical valve that controls the rate of fluid flow between the main shock body and the reservoir. This valve has full proportional control, which permits variable control throughout the entire valve range. 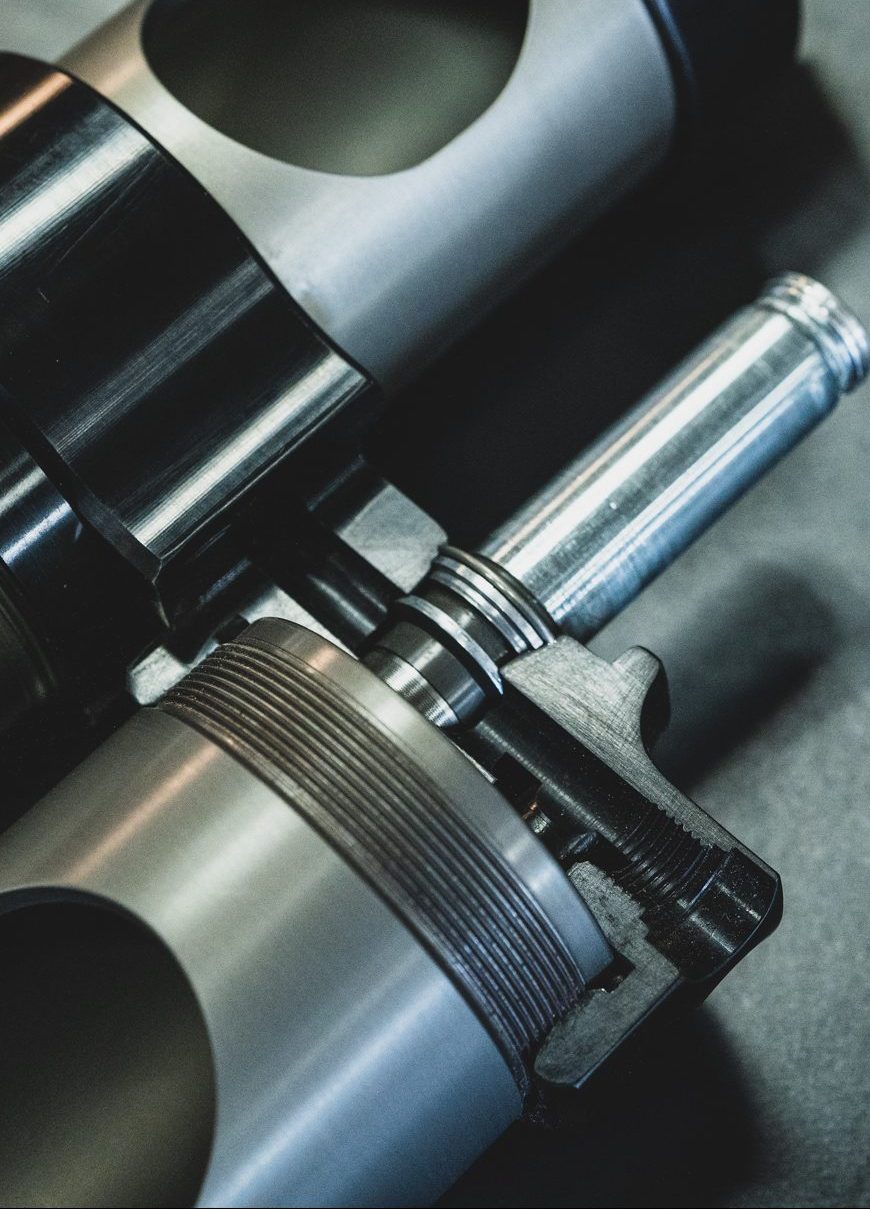 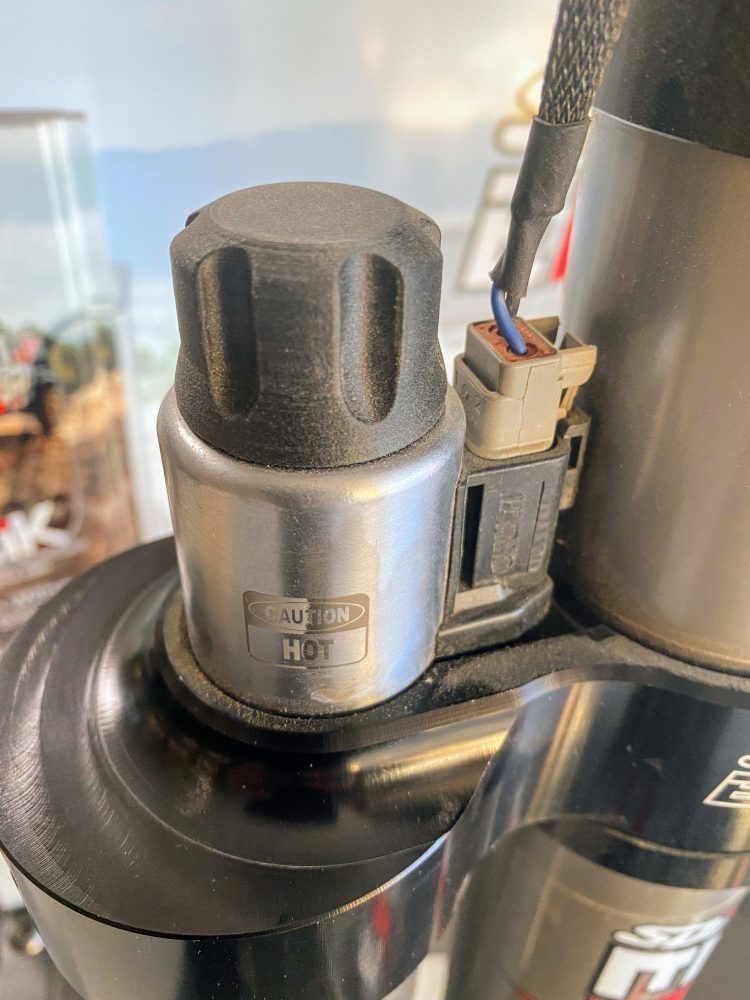 Overland Payload:
Many travelers are not overlanding; they are overloading (grin). Payload just comes with the territory as we stock our vehicles with camping gear, recovery equipment, and tools/spares, resulting in a vehicle like the Jeep Wrangler being at or near GVWR. To accommodate for this, the E-CLIK has a provision to adjust the rear valving based upon a percentage of available payload. It’s a significant advantage for backcountry travel as the Jeep can run daily driver duties with little gear onboard and then be adjusted for a travel load. 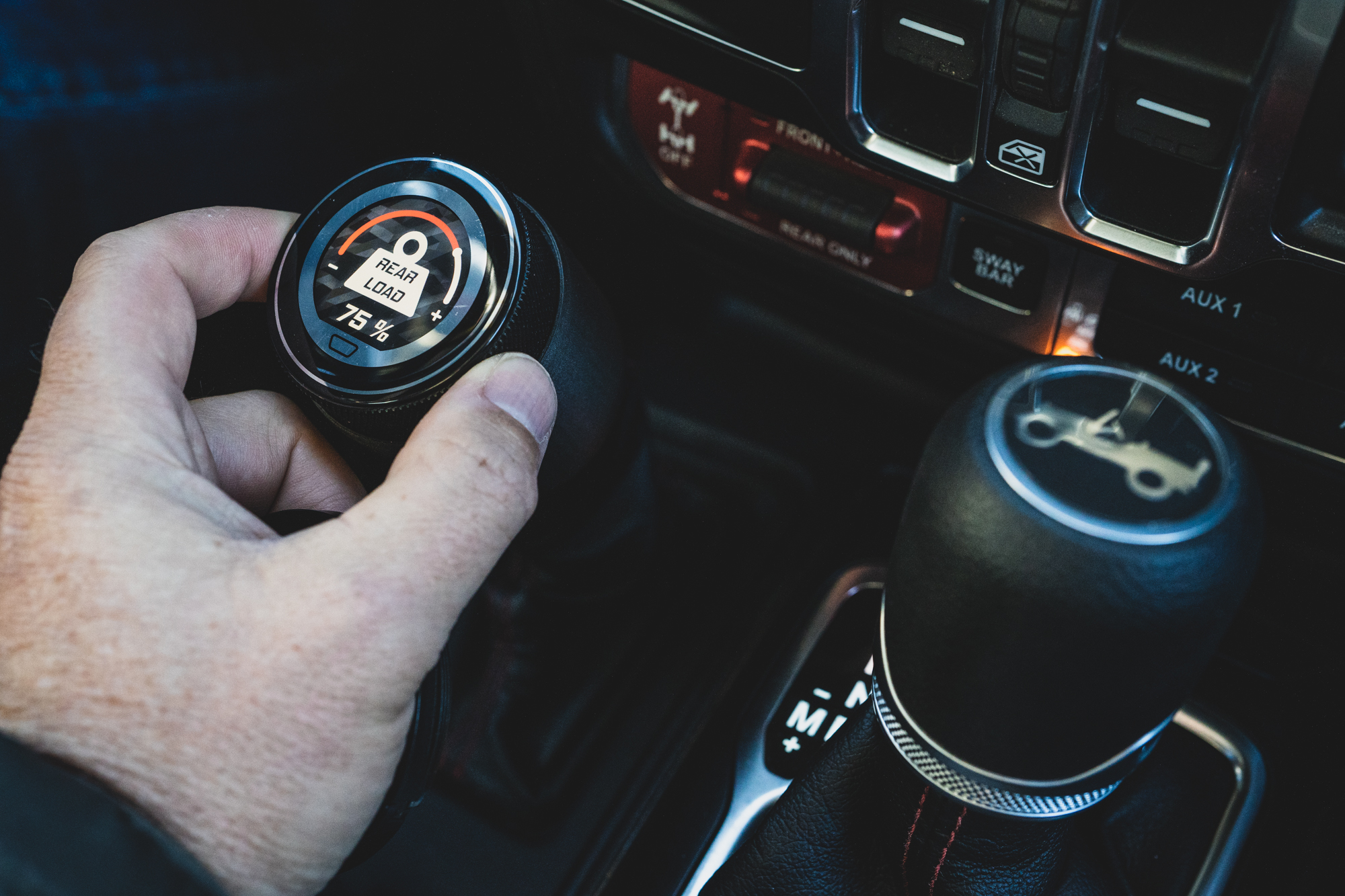 Another use case that immediately came to mind is a dynamic roof load. During my testing of the E-Clik, I conducted a series of tests to help simulate dynamic handling scenarios and body control conditions. This included higher speeds on the dirt with the sway bar disconnected. With a loaded roof rack or a roof tent (hopefully never both), the E-Clik is able to adjust the dampers automatically to limit sway and help keep the hood flat through transitions at speed. It is particularly noticeable with the rear suspension, as most roof loads will have a rear bias. I was able to adjust the system by increasing the pitch sensitivity and upping the rear load percentage.

In cross-axle terrain with the sway bar disconnected, it was impressive to watch the system actively adjust throughout an articulation event, firming a corner as it dropped into a hole and loosening a lightly loaded corner. This was also evident during side slopes, where the system would firm the downslope dampers to minimize compression of the loaded (downslope) springs. We pushed right up to a 30-degree side slope at various speeds to gauge effectiveness, and it was confidence-inspiring.

On the Road:
Overlanders drive a lot, and many of those miles are on paved roads or improved dirt routes, which means higher speeds and greater consequences for a poor handling vehicle. In a high COG, lifted 4WD with large-diameter tires, the result is usually some degree of “lively” handling and a lot of driver fatigue. The right spring rates and suspension geometry can make a big difference, complemented by effective shock valving. The challenge is striking a balance between comfort to reduce fatigue and the firm valving needed to manage dynamic events. This is where the E-Clik shines, providing relaxed valving while cruising along but adapting within 1/250 of a second during an emergency lane change. I pushed the JL through multiple limit handling events, including hard braking in a turn, lift-throttle events, lane changes, and more. During each of those scenarios, the Jeep remained predictable and composed. The E-Clik cannot overcome physics, but it does move the limits much farther to the edges. 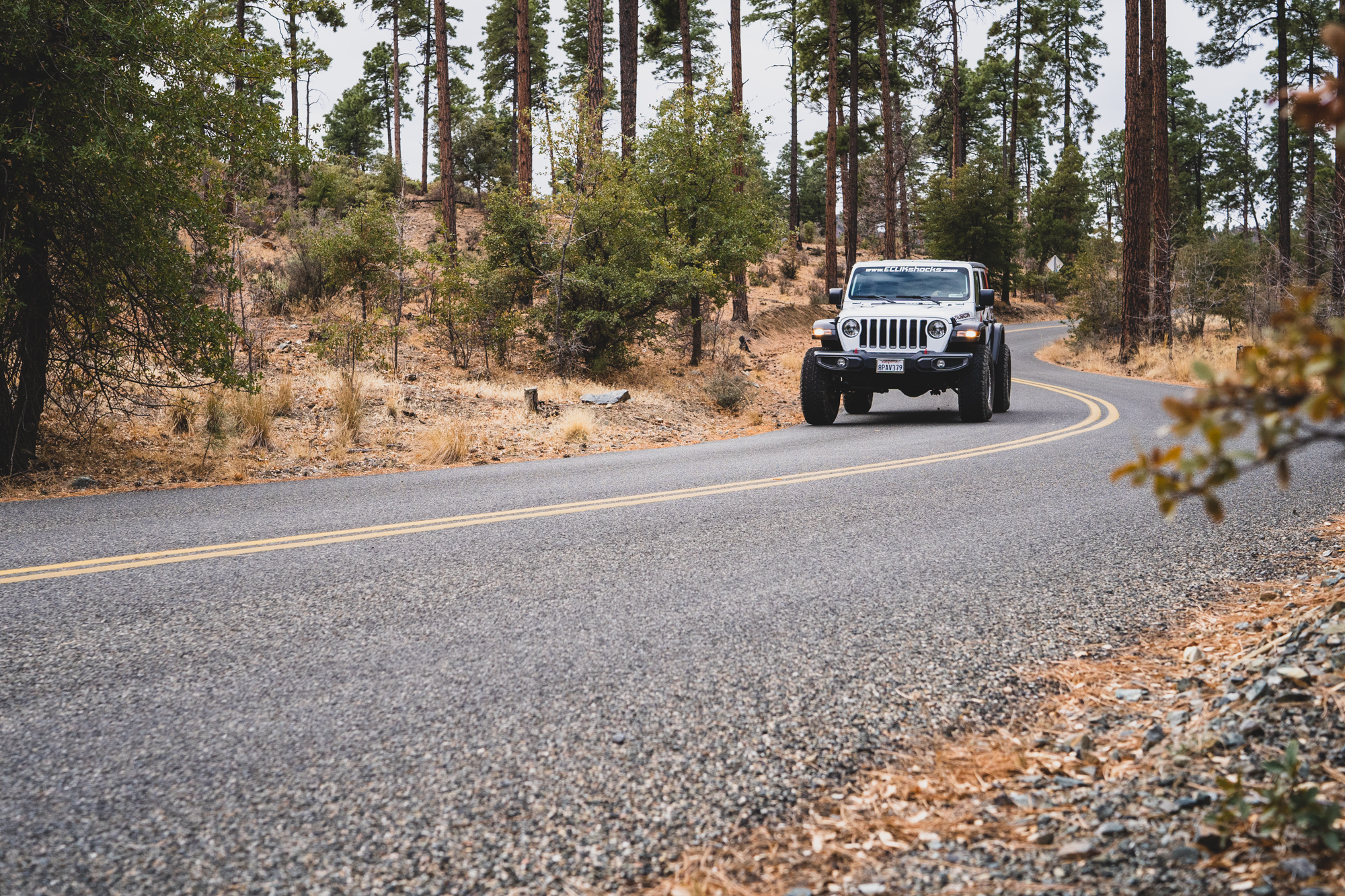 Overall, the SDi E-CLIK system is genuinely revolutionary, incorporating technology not currently available in the segment. They are also actively creating solutions for other platforms, which is very exciting to hear. The improvements in handling and ride quality are noticeable on every surface and condition I tested. My strongest takeaway is the increased breadth of comfort and capability that the shocks afford, supported by the ability to adjust for payload changes and driver preferences. While all drivers would benefit from their technology, its greatest effects are at the two ends of the bell curve, giving more comfort and better handling across the widest spectrum. The system does increase complexity, but it has several redundant modes and can default to a fully mechanical damper if the system completely fails. As a last consideration, the Pro system is an investment, something that should always be weighed against the goals of the traveler. Technology at the fringe of the future is never cheap—but it can make all the difference.

Pros:
Quality of construction and components
Integration of controller in the shifter
Payload and roof load adjustments

Cons:
With the small screen, manual adjustments are best made when stopped
Rebound control is on the light side (which makes sense given the active compression but will be more noticeable as loads or spring rates increase)

Killer App: Active damping adjustments within 1/250th of a second 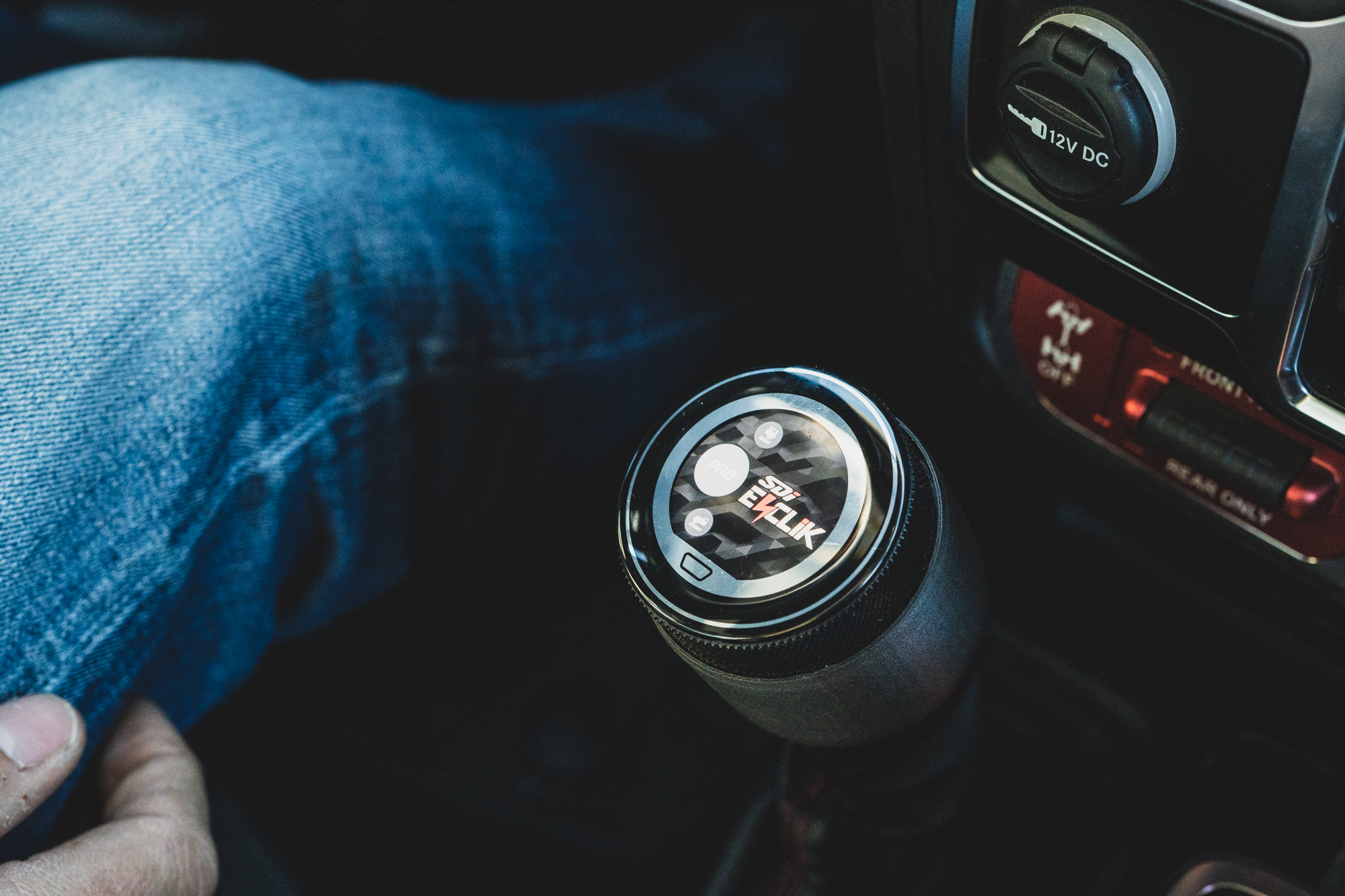 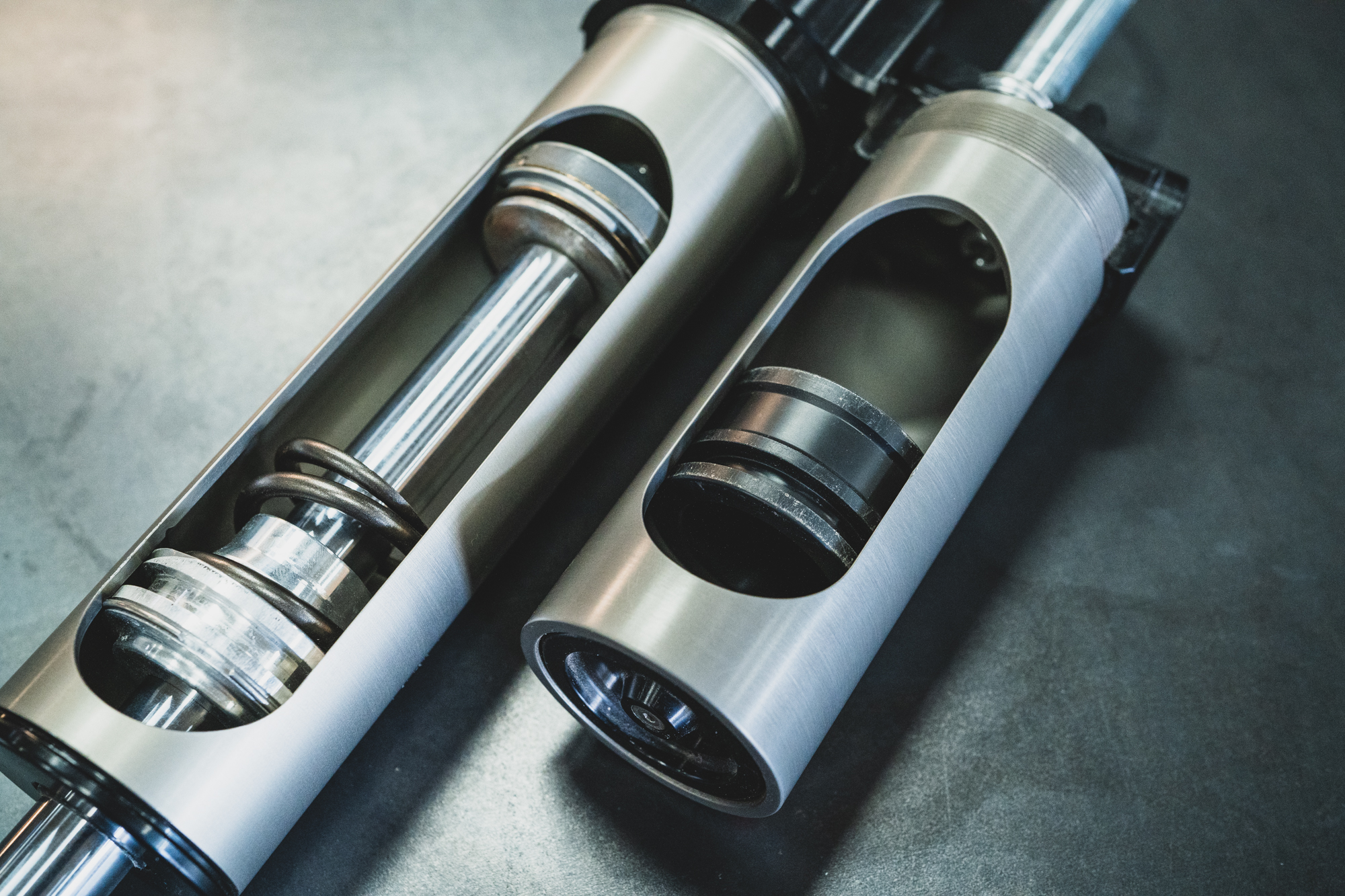 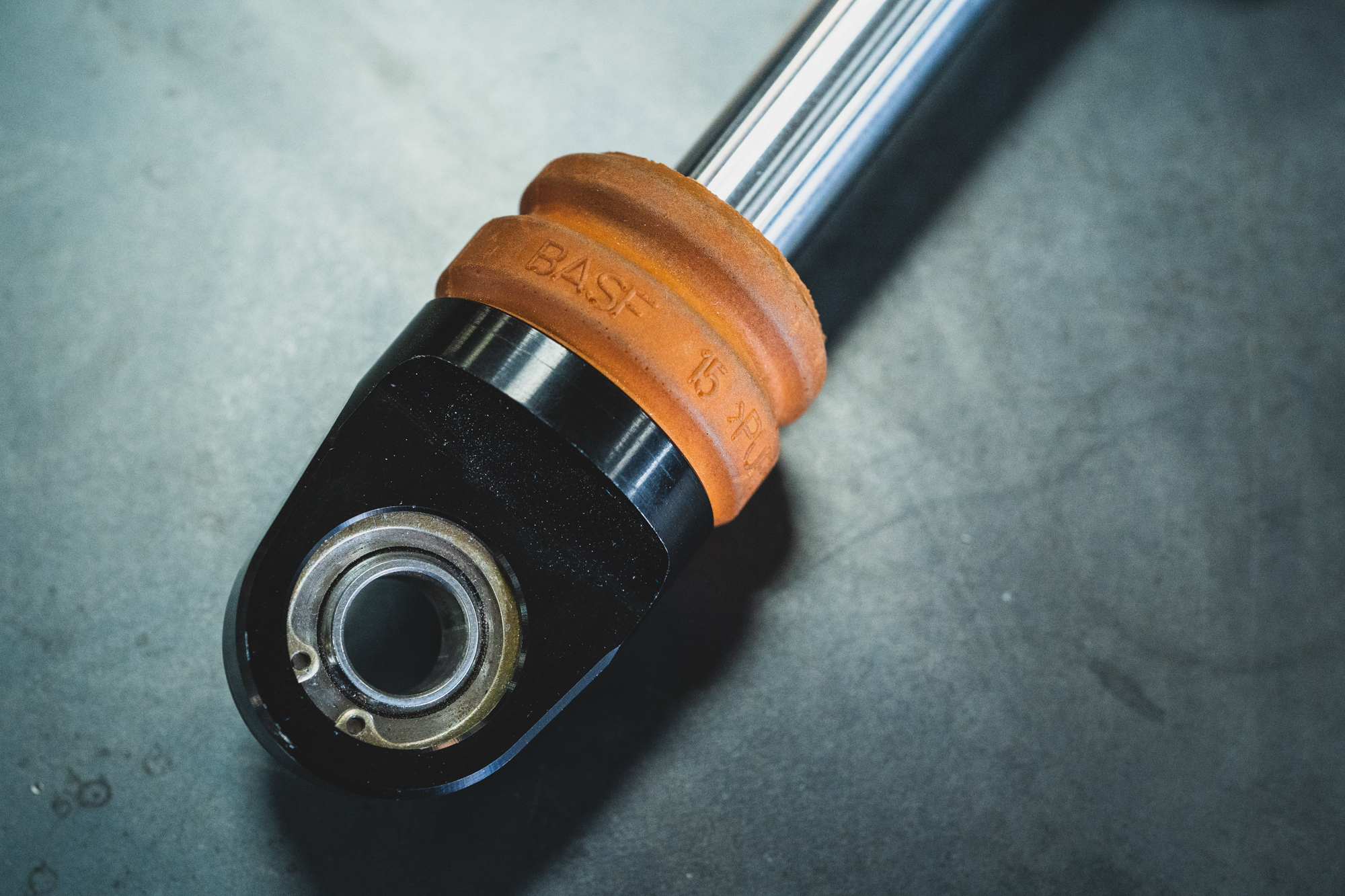 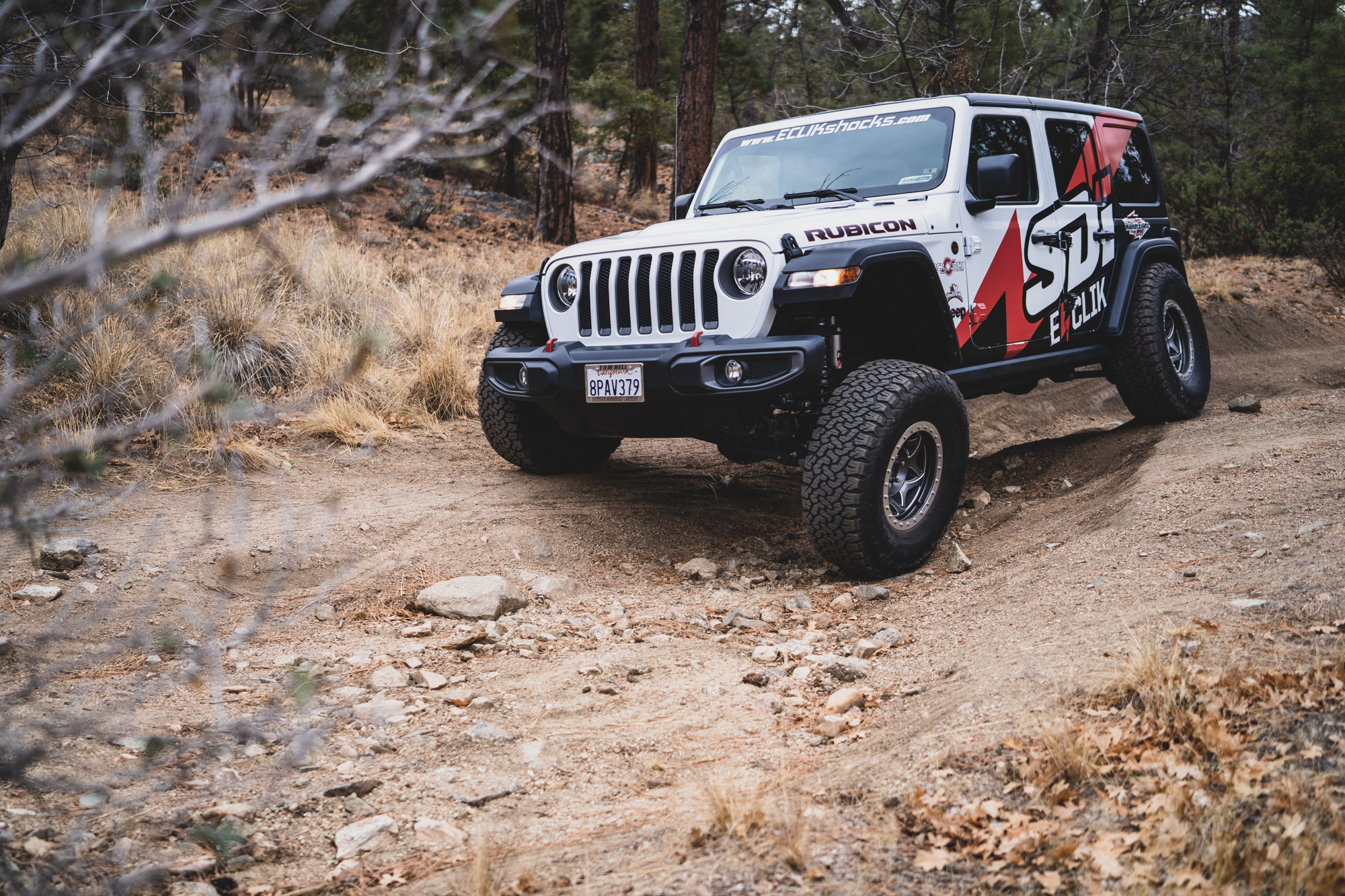