For many overlanders, the ability to travel comes with strings attached. Those are the tethers that keep us connected to the world at home, to work or family obligations. As much as we would all love to unplug completely, sometimes it isn’t in the cards.

Over the last couple of years I have lugged my mobile office everywhere including a 2,000 mile motorcycle trip with a laptop on my back. This fall, as I prepared for a week long walk into the Himalayas of Nepal, I decided I needed to rethink my system and not only shrink it, but make it more powerful.

My objective was to assemble a quiver of devices that would not only provide maximum utility, but versatility as well. I needed the power of a full-featured office suite with additional functionality aimed at the traveler. I required something I could use for:

Not to add to an already extensive list of demands, this kit needed to work in places where power was limited. It also had to have basic communication capabilities anywhere in the world. It was a tall ask, but modern gadgets being as advanced as they are, was easily attainable. 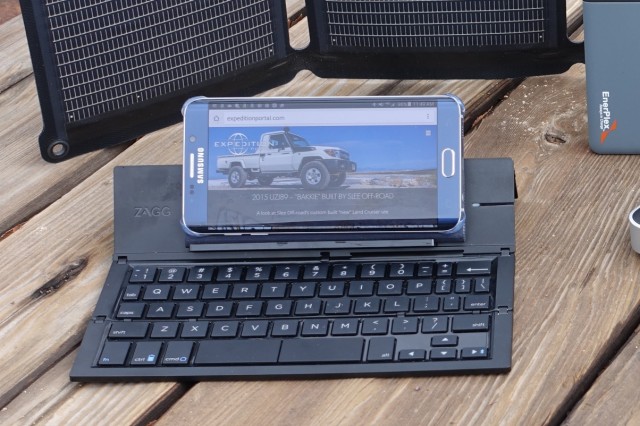 Phone selection is a highly personal choice, one often influenced by brand loyalty. As an Apple fanboy it was a leap of faith when I made the switch to an Android phone from Samsung. I could not be more pleased. The 5.7-inch display with 2560×1440 resolution and curved edges is absolutely gorgeous. It makes viewing images and text files easy on the eyes and ensures maximum accuracy when doing mild edits. The 16MP camera produces amazing images and the RAM rate is double that of most phones in its class. With good battery life and Android’s powerful operating system, it is a pint-sized computing tool with more functionality than most phones or tablets. 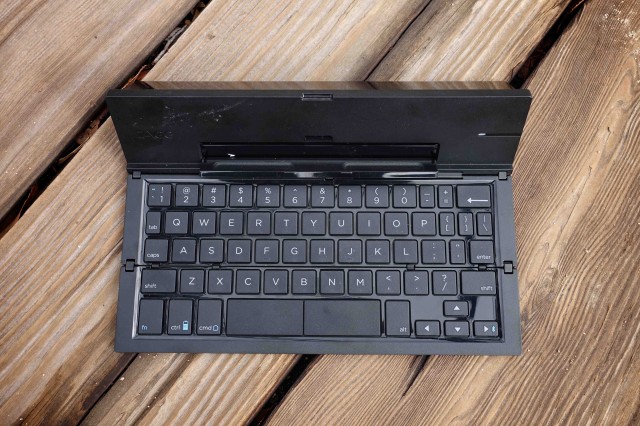 At only 7 ounces with a folded size of just 9×2.5×0.5-inches, the Pocket Keyboard is small enough to carry anywhere. With roughly 85-percent of the size of a regular keyboard, I find I can type at full speed, albeit with a little practice and extra concentration. The keys are noticeably shallower than a normal keyboard and require a little extra force to depress, but they have a positive tactile feel. The battery is claimed to store two year’s worth of charge, but I find I need to top it off every few months. The built-in phone stand is a nice touch and the Bluetooth signal connects to my phone quickly every time. If I had one minor quip, it would be with the delicate build of the Pocket Keyboard. It has to be handled with some care. www.zagg.com 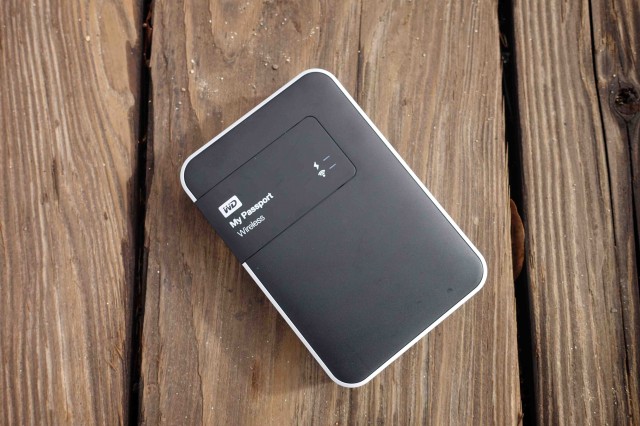 Despite 64GB of storage on my phone, some of my trips require big data dumps. I can rack off as many as 3,000 large image files in a single outing. That’s far too much to cram onto a mobile phone. I also cringe at the thought of losing any images, so backing up my data is a critical aspect to my workflow. It’s probably overkill, but I went with Western Digital’s My Passport Wireless hard drive with a whopping 2TB of storage capacity. It not only has its own built-in power supply, it has full WiFi connectivity. What really sold me was the ability to directly upload image files to the device via an SD card slot. To backup my image files, I simply insert my SD card and the device automatically initiates the download. Once copied to the drive, I can view my image files on my high-resolution phone display. www.wdc.com 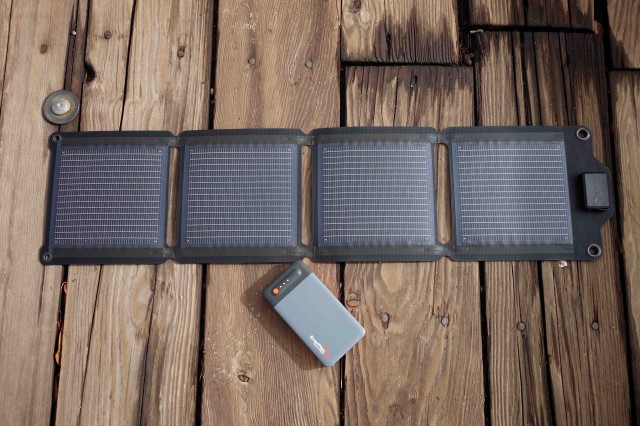 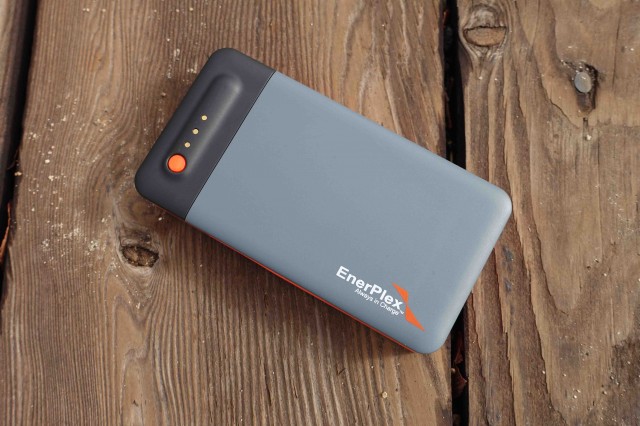 A device without power is worthless. Phones and hard drives are energy thirsty gadgets, so keeping them topped off is challenging. Over the years I have tested dozens of charging tools and found many leave much to be desired. My favored solution is the EnerPlex Jumpr Stack 9 power pack and the EnerPlex Kicker IV solar panel. This feature rich combo has provided me with endless reserves of power in a durable, convenient, and compact package. For trips with extra power demands, I can carry an extra Jumpr power pack and stack them together for added juice. The flexible solar panels are light, small, and easy to deploy. The Jumpr pack has built-in Lightning and micro-USB charging cables, a feature I can’t seem to live without anymore. www.goenerplex.com 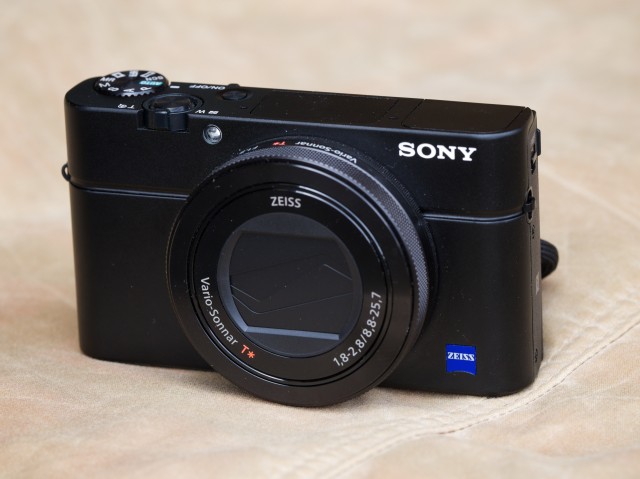 In keeping with my small and light objectives I have chosen two small camera systems. In addition to using a compact Fuji XT-1 camera system, I also carry Sony’s power-packed RX100 IV point and shoot. With 20.1 megapixels and true 4K video recording it is capable of professional quality images that defy its diminutive size. The Wifi enabled interface allows me to use my phone as a remote, or as a means of viewing and managing video and still images. I can then upload photos to the internet for use in social media or right here on Expedition Portal. www.sony.com 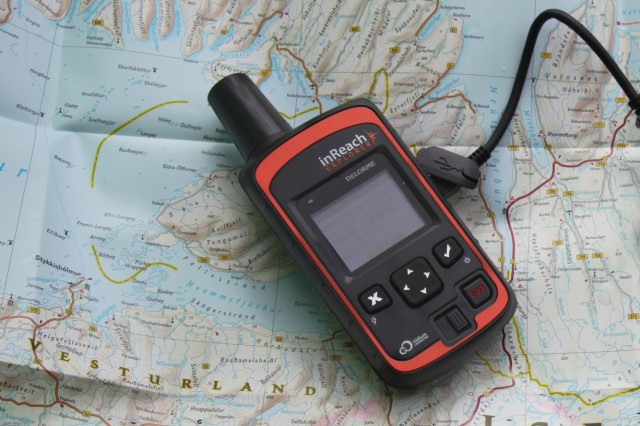 I’m an unabashed advocate of this device and have used it all over the world from the glaciers of Iceland to the edge of the Amazon Basin. It never misses a message and can be used as a stand alone communicator, navigation tool, or emergency beacon. When cellular or Wifi signals are not an option, I always have my inReach.

I’ll be the first to admit, I carry a lot of hardware, but then again, I don’t know what more I would need. I can perform 95% of my work duties from nearly any corner of the globe. All I need is a Wifi signal from time to time and I’m in business. Some may think such tools erode the spirit of travel. As someone who spends several weeks, if not months on the road, I disagree. Without these tools I would be forever chained to my desk. It’s only because of my mobile pocket office that I can slip out the door.