Roebling Road Raceway was first opened in 1959 and still maintains many of its simple charms today. The paddock primarily consists of grass and dirt with the exception of a small paved route that carries cars to and from pit lane. Approximately eighty percent of the track is surrounded by a small pine forest with several trees remaining inside the paddock. I was there providing track support along with my former employer, Autometrics Motorsportsfor a host of Porsche wielding clients. This is when I first met Leh Keen, resting in a camping chair in the shade of a tall pine. He was sitting quietly with the latest copy of turbo magazine in hand while his father circled the track in his beloved Bitburger 993 Cup car -retired from the Supercup Porsche Cup Car series. His father, McGrath Keen was heavily into Porsches. 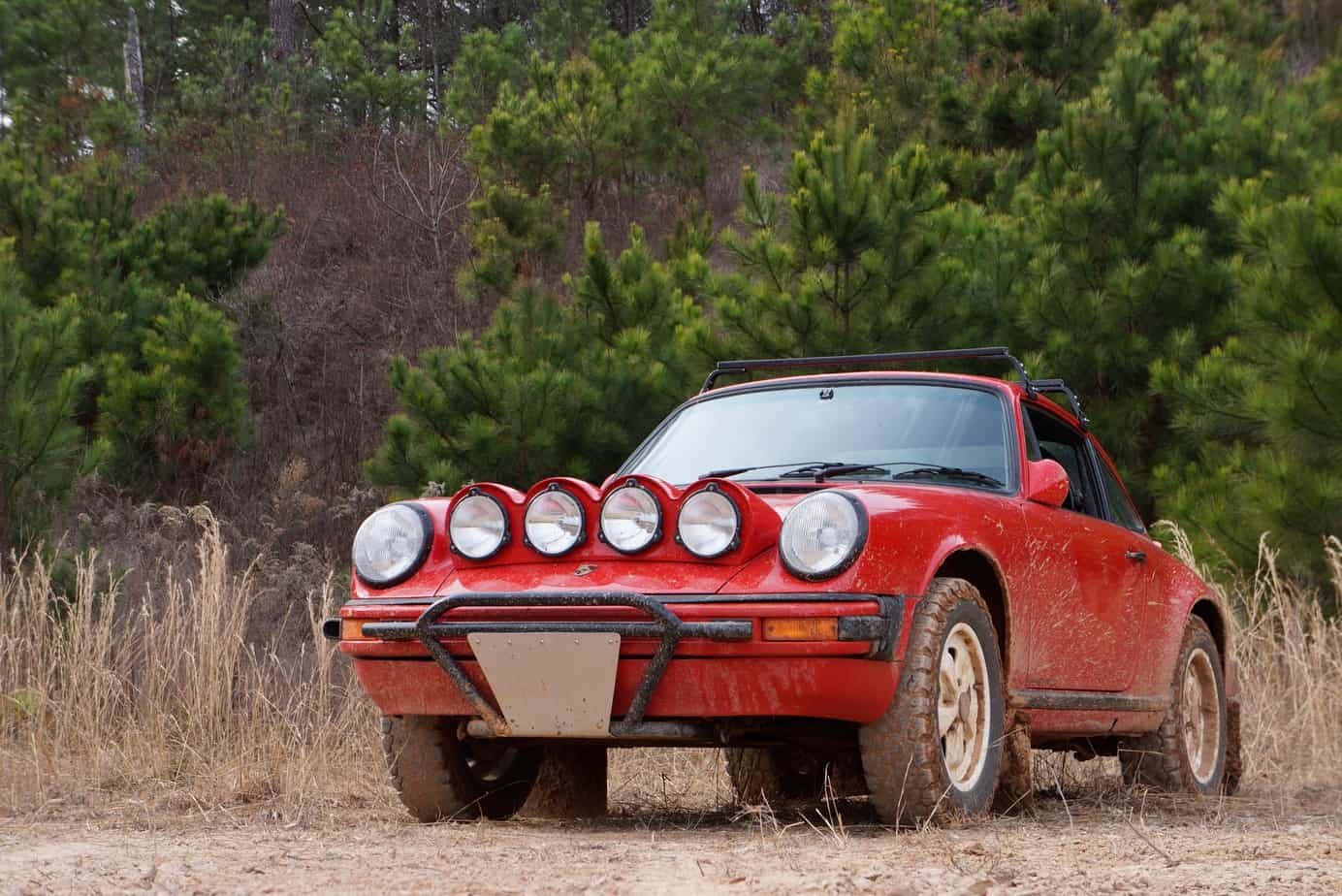 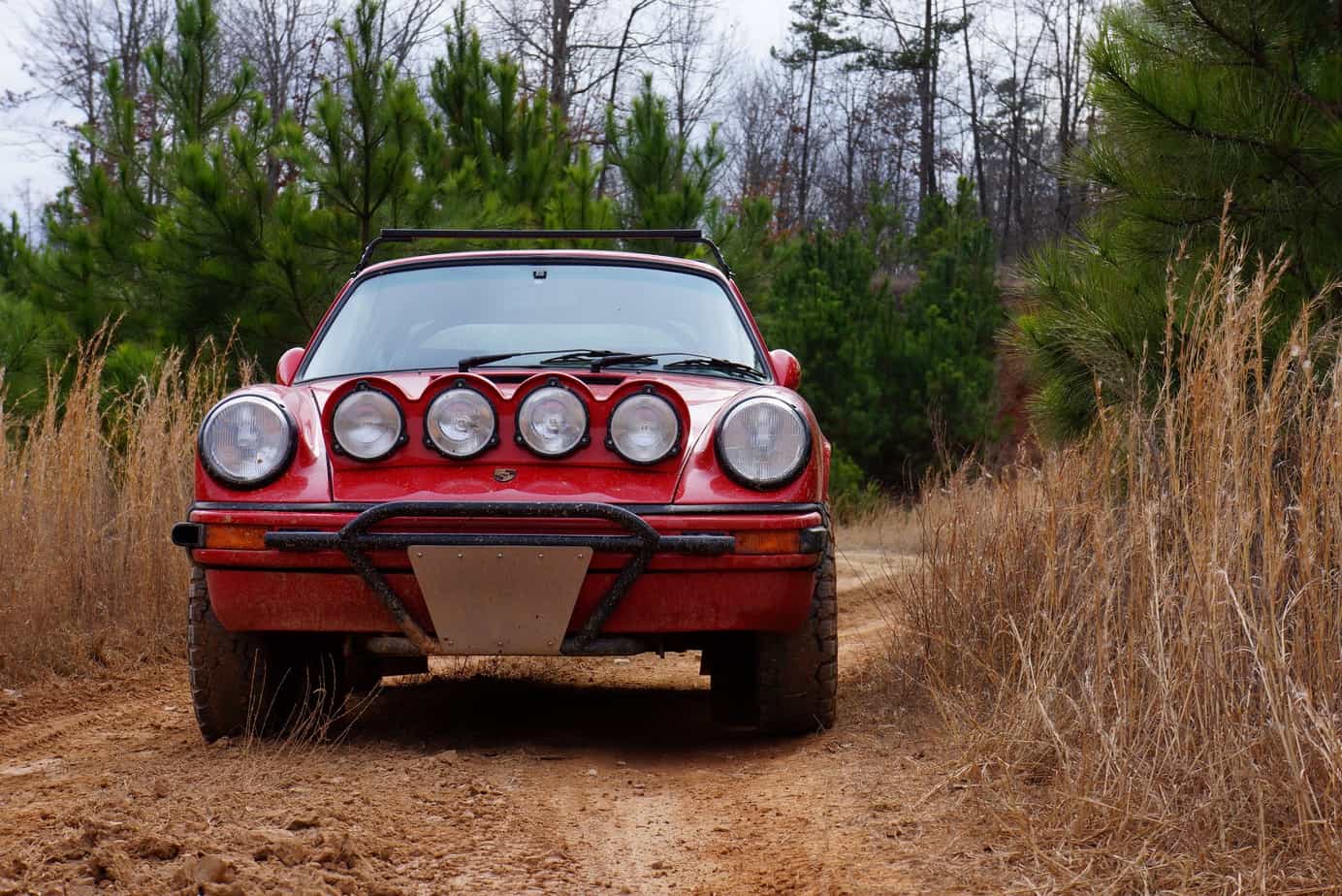 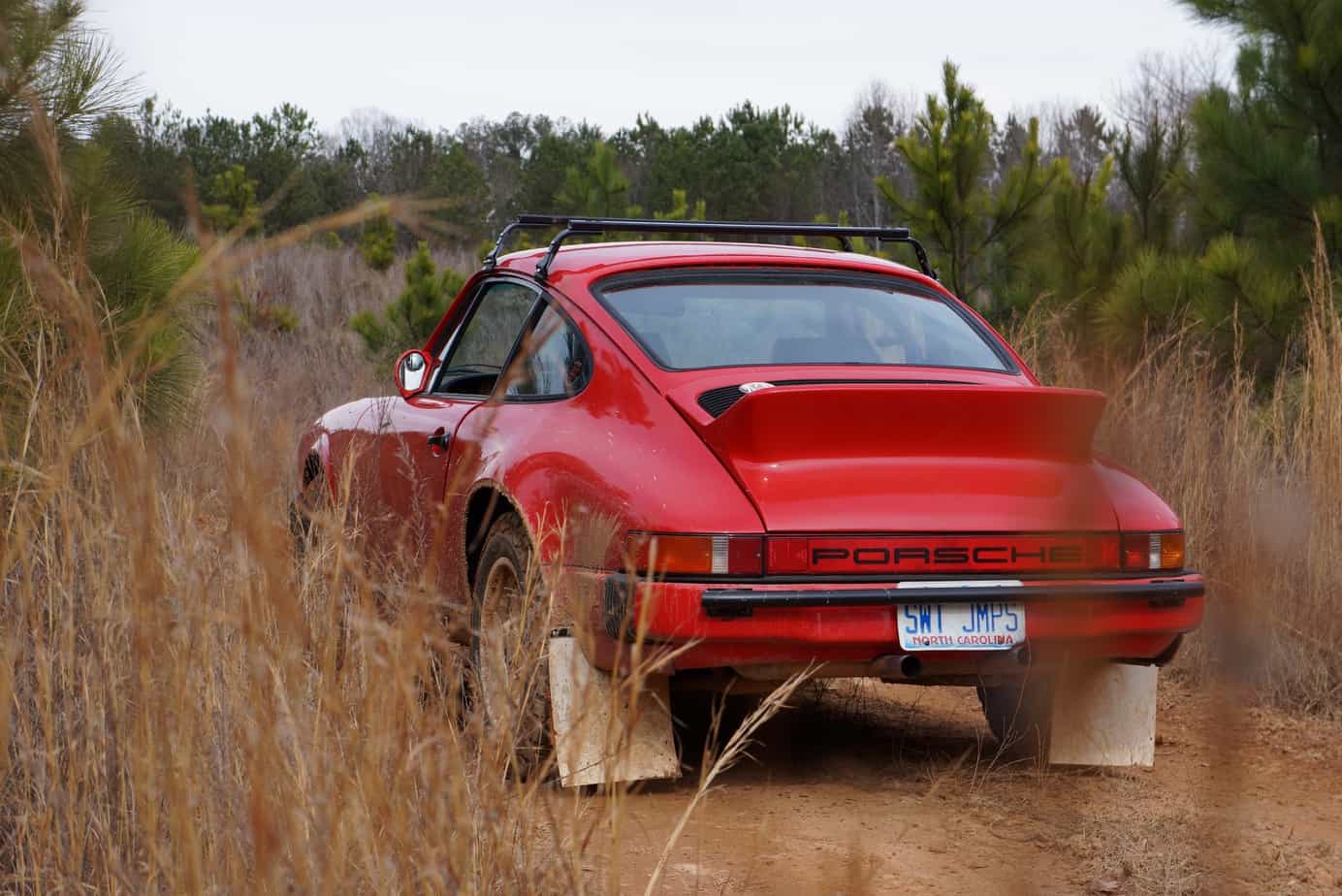 To his chagrin Leh had an affinity for Toyota Supras. It’s hard to blame him, it was 2001 and the sport compact car craze was nearing its peak with TheFast and the Furious movie debuting later that same year. He went through this Japanese car faze for a handful of years (secretly harboring a love of Porsches) owning both a 700 hp Toyota Supra, and a 1991 Nissan 240 SX completely transformed into its JDM counterpart, the Silvia. Both cars were highly modified and provided Leh’s first brush with the speed bug. Actually, that’s not completely true. McGrath also owned a retired Ex LeMans Factory 993 GT2 race car, and had a friend with a small airport -you can probably guess where this is going. The combination of these two elements led to Leh’s first driving lesson, and high speed Porsche experience -one of many to come. 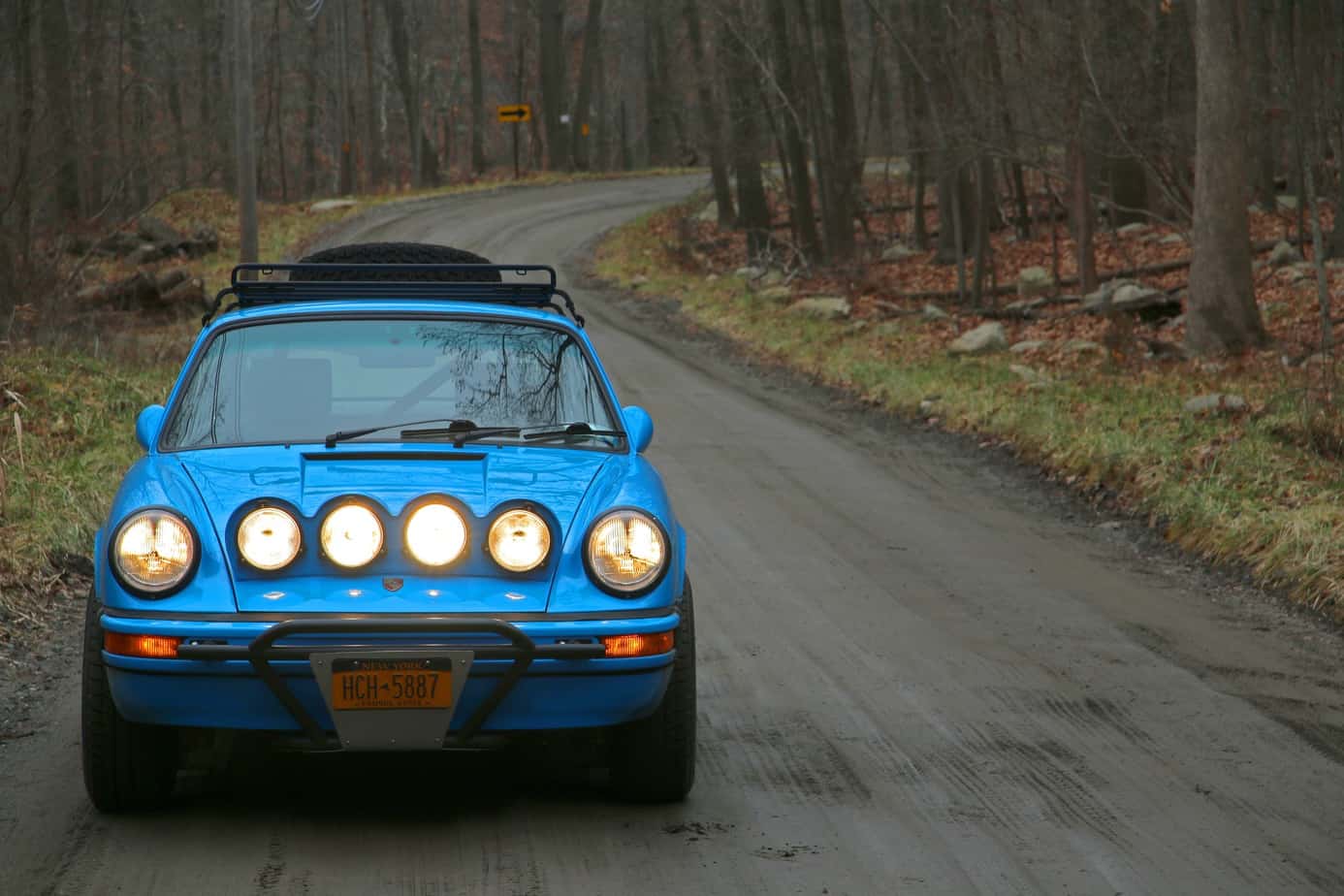 Airport runways are relatively flat, have nearly zero surprise visitors, and nothing to run into. I cannot imagine a more perfect environment for a father to pass on the Porsche bug to his son. That deeply bedded seed may have taken some time to mature, but Leh eventually made the transformation from a Porsche fan to a professional driver for such companies asBrumos Porsche, who Leh helped lead to a Championship in 2011. The list of Leh’s racing accomplishments is extensive and the culmination of this experience has led him to hisnext endeavor, The Keen Project. 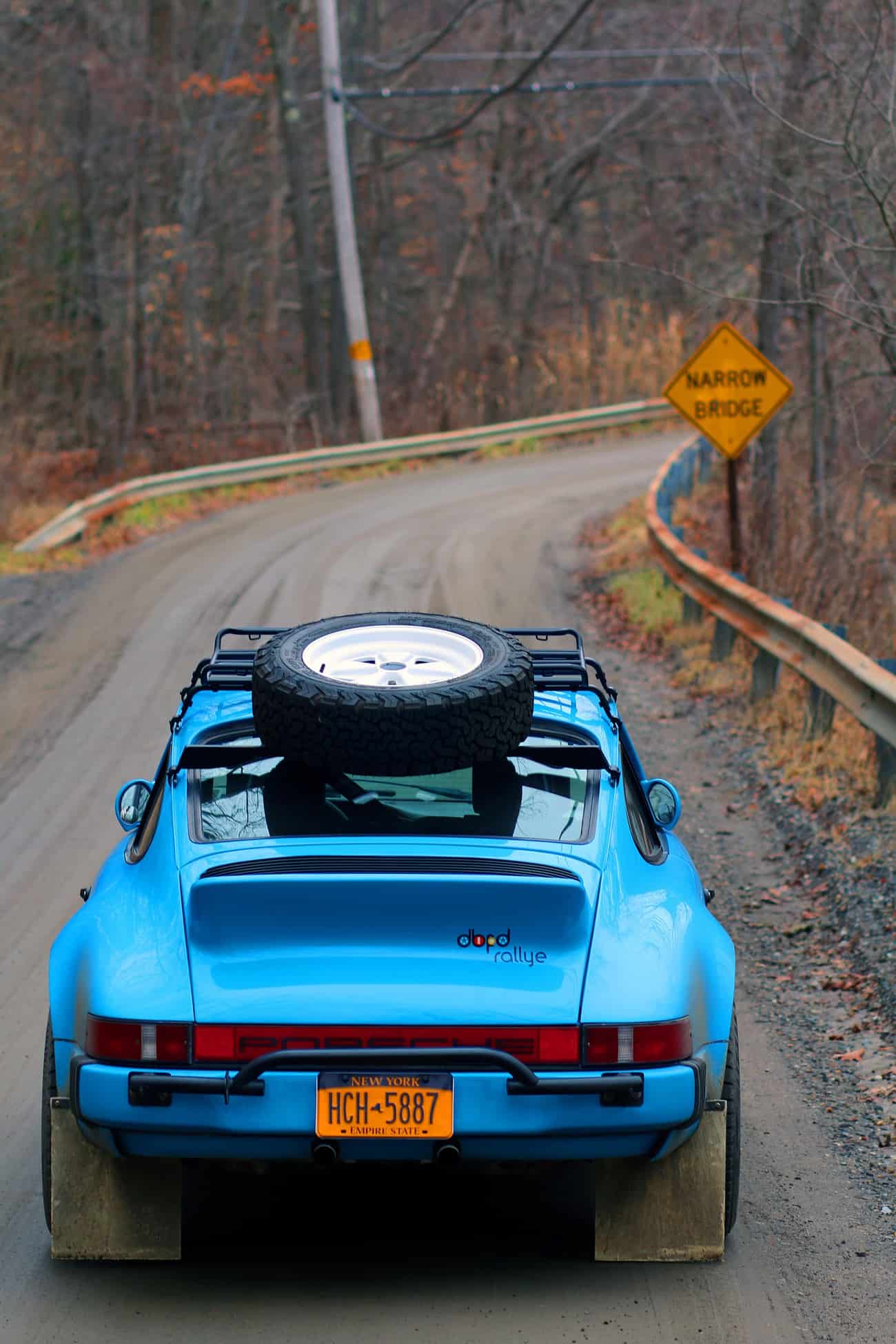 Having spent over a decade attacking the tarmac on tracks around the world, he has aimed his sights at dirt and gravel, recreating the Safari 911 in his own image. To be clear, Leh doesn’t spend his days spinning wrenches, he leaves that for the highly qualified individuals and shops that he personally cherry picks for each stage of the build. The builds tend to go something like this: A clean example of a 1978 to 1989 911 Porsche is located, vetted and delivered. Once the car receives Leh’s approval, he and the client sit down to hash out the details. What color do you want it? What unique fabric to highlight the interior? Whale tail spoiler or ducktail? Would you like a rally style light pod on the hood, or no? The options are vast. 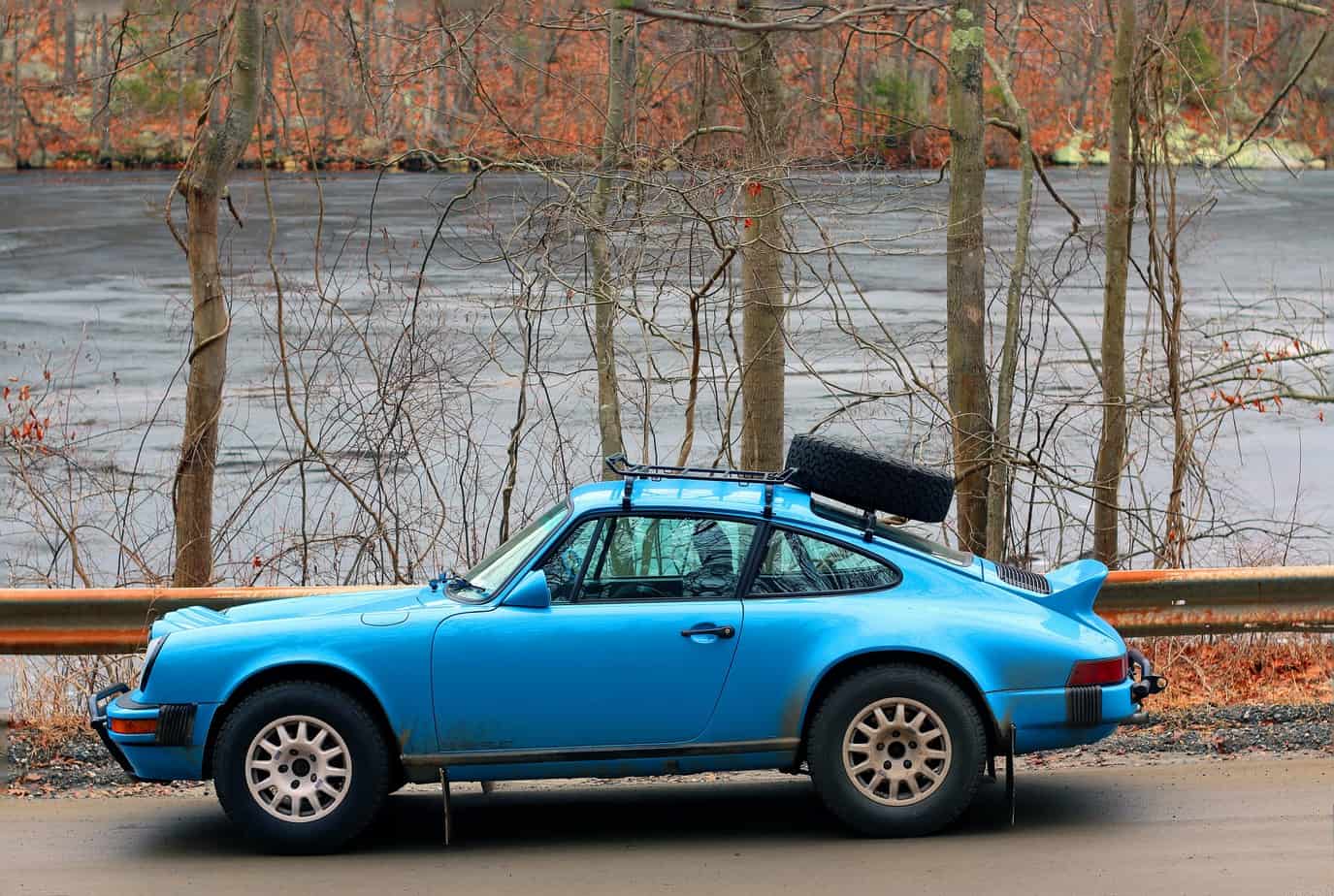 As far as the power-plant goes, Leh likes to keep things simple and reliable. Normal maintenance is covered such as valve lash adjustments and minor leaks are addressed. While the motor is out, the transaxle is separated from the crankcase and the stock flywheel-clutch combination is replaced with a light weight assembly. The factory heat exchanger is replaced with an SSi unit and a Dansk muffler finishes out the exhaust modifications. The final piece is a K&N filter which Leh says is much easier to clean than the factory filter. These simple mods allow the engine to breathe a bit better but, more importantly, bring that highly desired classic-air-cooled-flat-six symphony to life. The suspension setup continues with the simple yet effective theme. Leh works directly with Elephant Racing who provides modified struts to increase ride height and suspension travel. The torsion bars are upgraded and a set of heavy duty ball joints are placed up front. Adjustable camber plates are then mounted in the strut towers to finish things off. Leh personally drives each car to ensure that the entire setup is well balanced both on and off road. The exterior is where things get interesting. 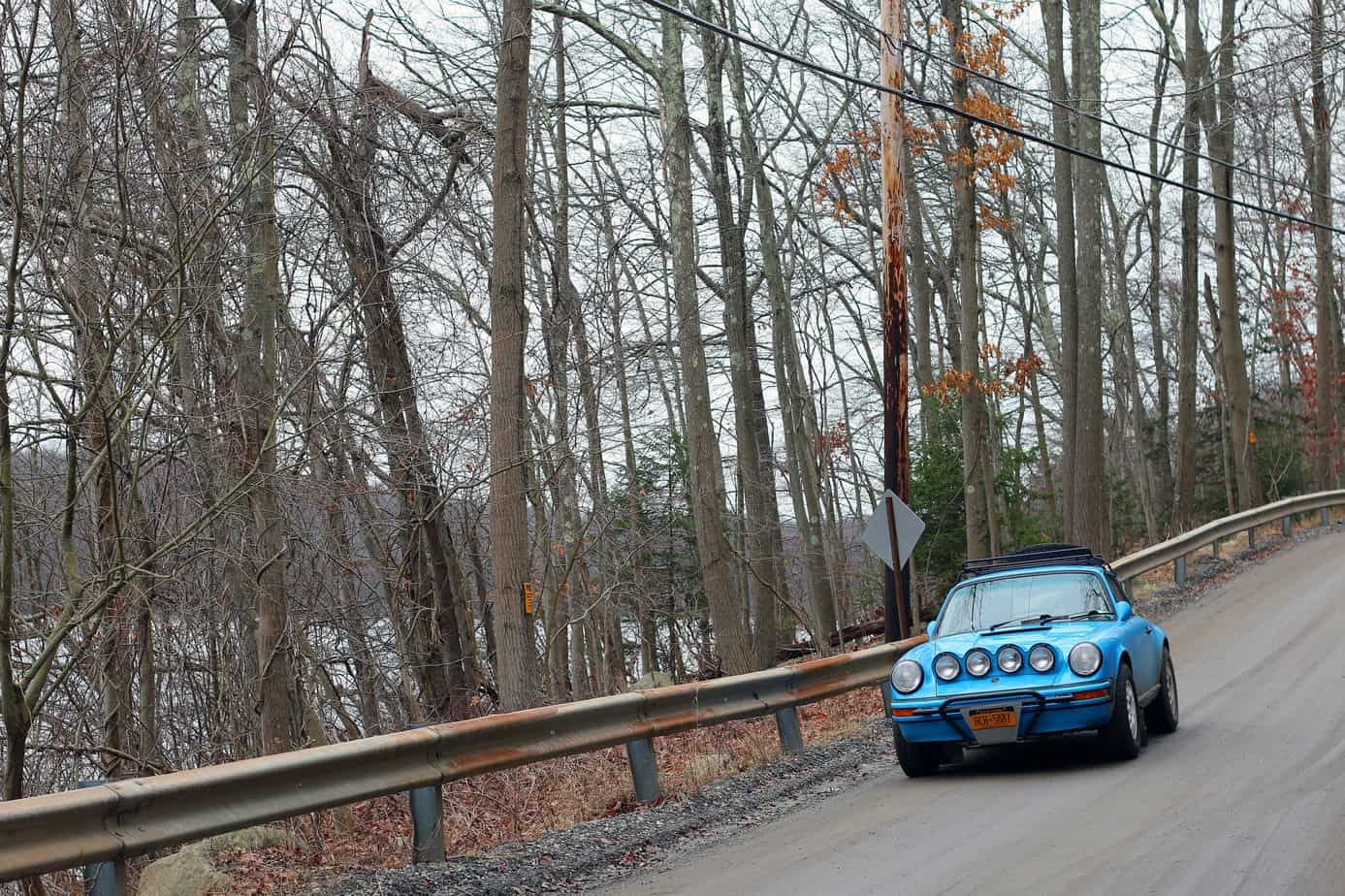 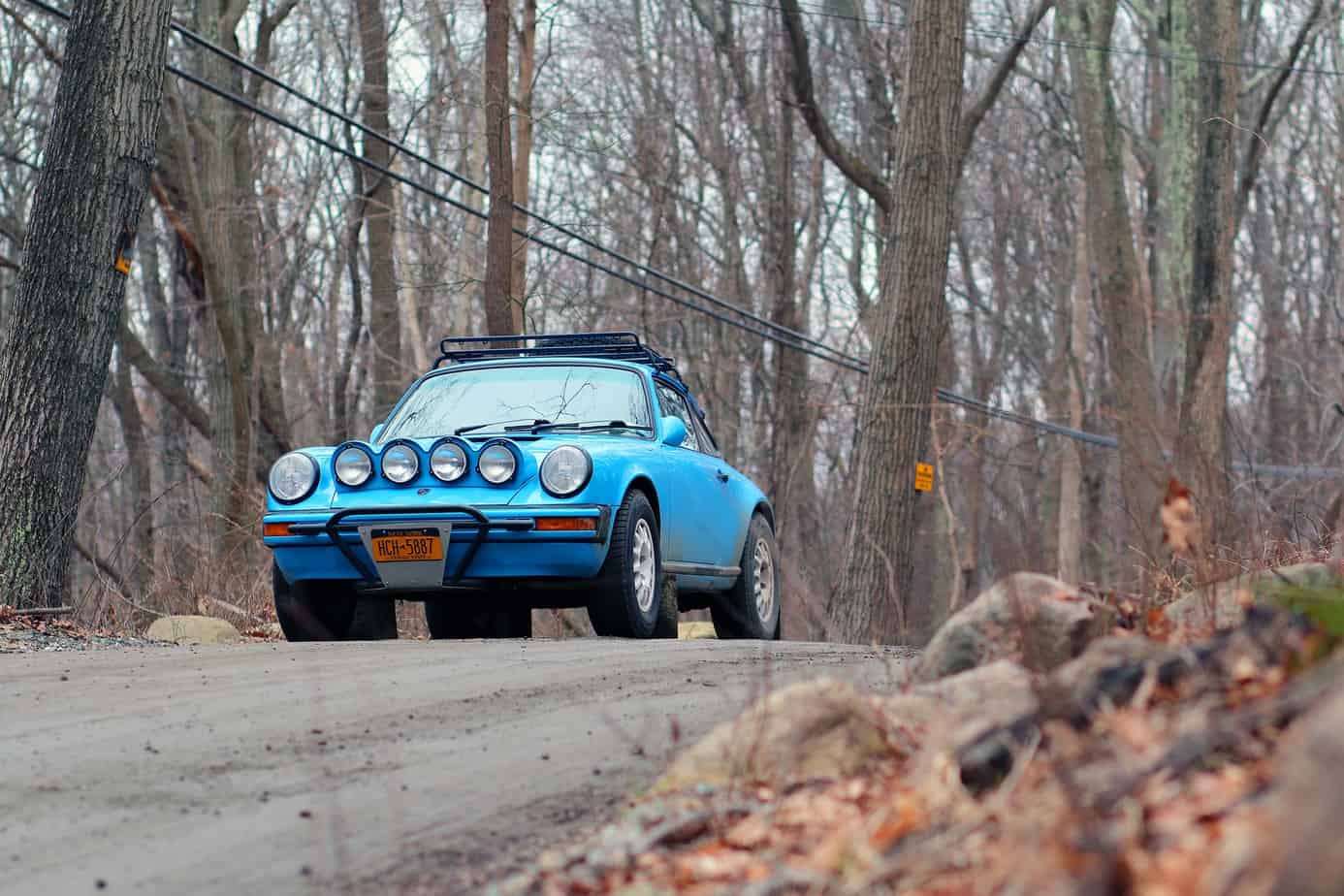 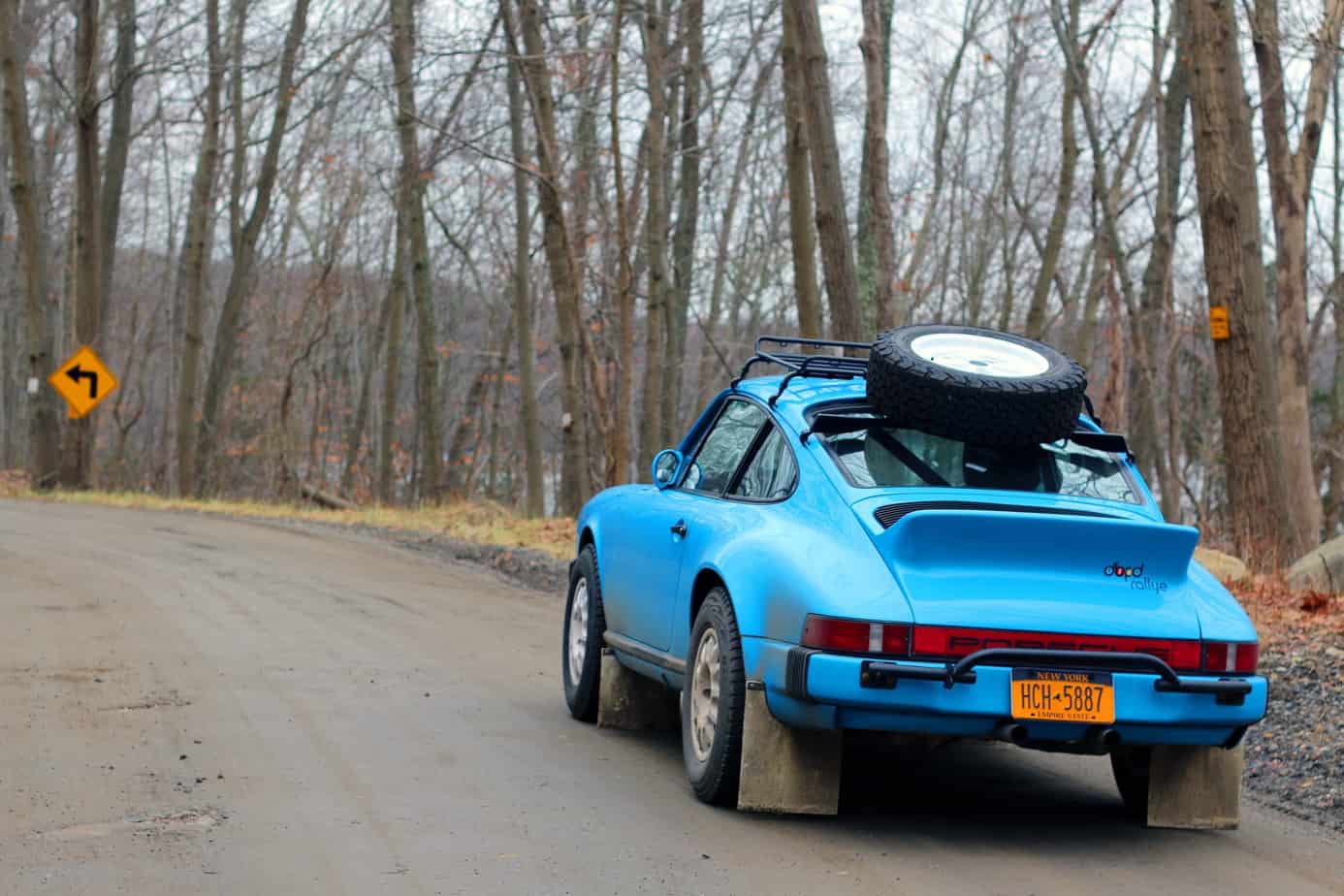 In traditional Safari form and function, there are a slew of modifications and upgrades available to look the part. The large rally style, hood mount, light pods provide more than just looks, they are outfitted with four round off road lights. The outer lights are fog pattern while the two center lights are spot beams. This provides more than enough light for backroad fun at night. There are a few different options for toggle switches to meet the needs of each client. A tube bar was fabricated to protect the front end from bumps and scrapes and is mounted directly to the chassis for strength. Mudflaps are bolted through the body for a clean look and to protect the chassis and other vehicles from flying debris. 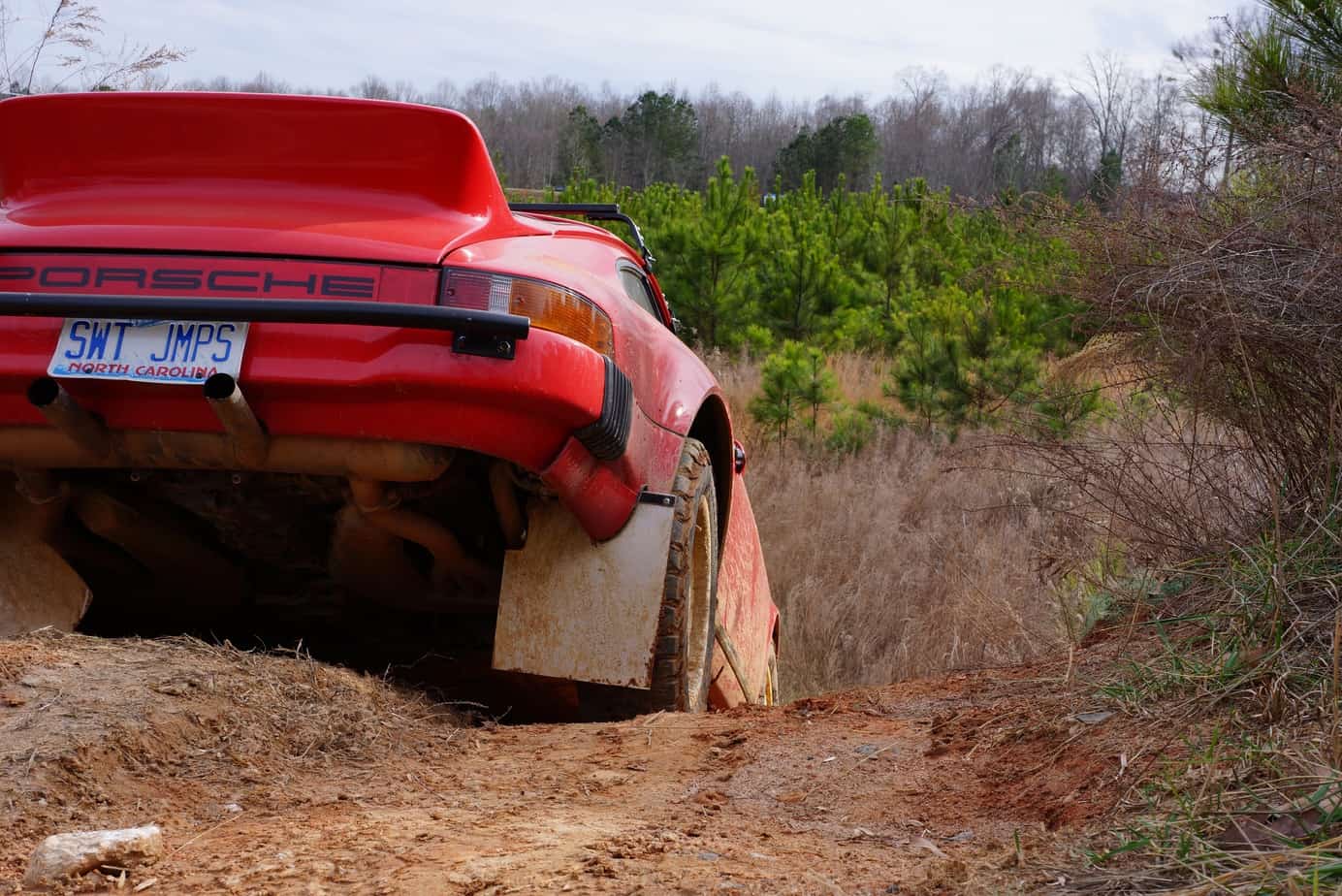 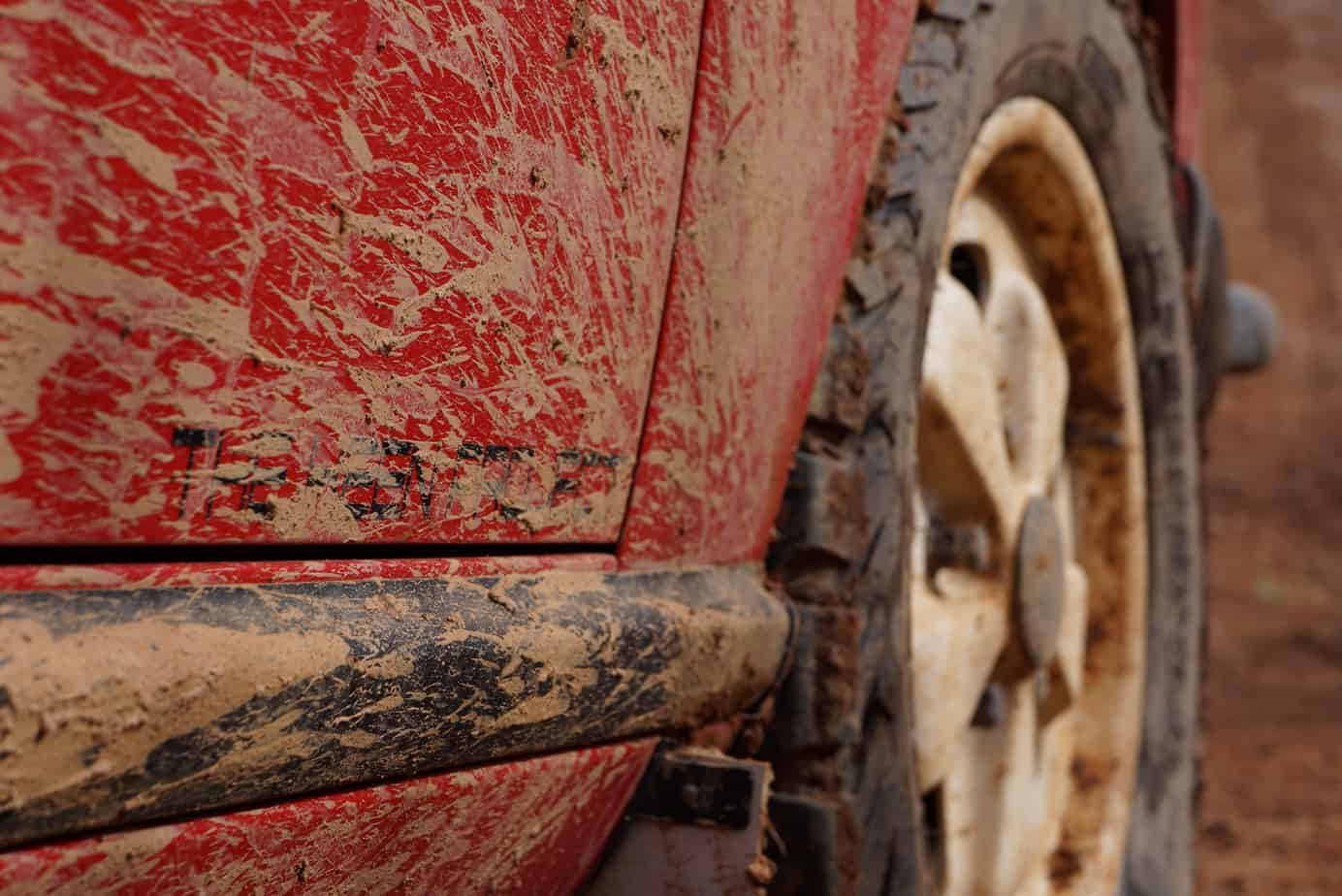 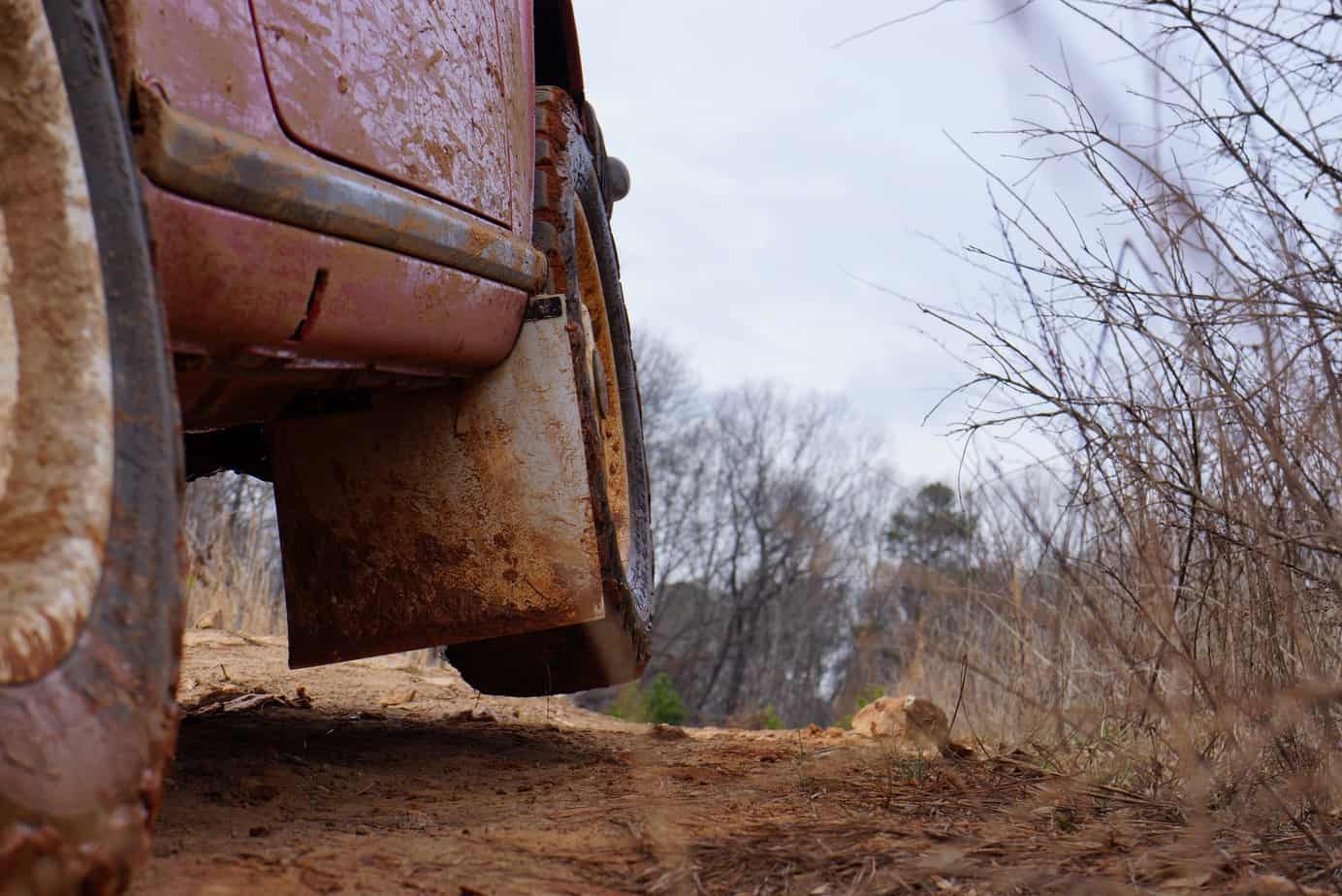 The rear deck-lid can be configured to meet the client’s tastes (I personally love the classic looks of the ducktail). A set of BFG KO2’s are mounted to the standard Fuchs wheels, but there are many other wheel options available as well. The rest of the exterior is setup based on the needs of the client with options such as roof racks, fuel can mounts and rear lighting available. 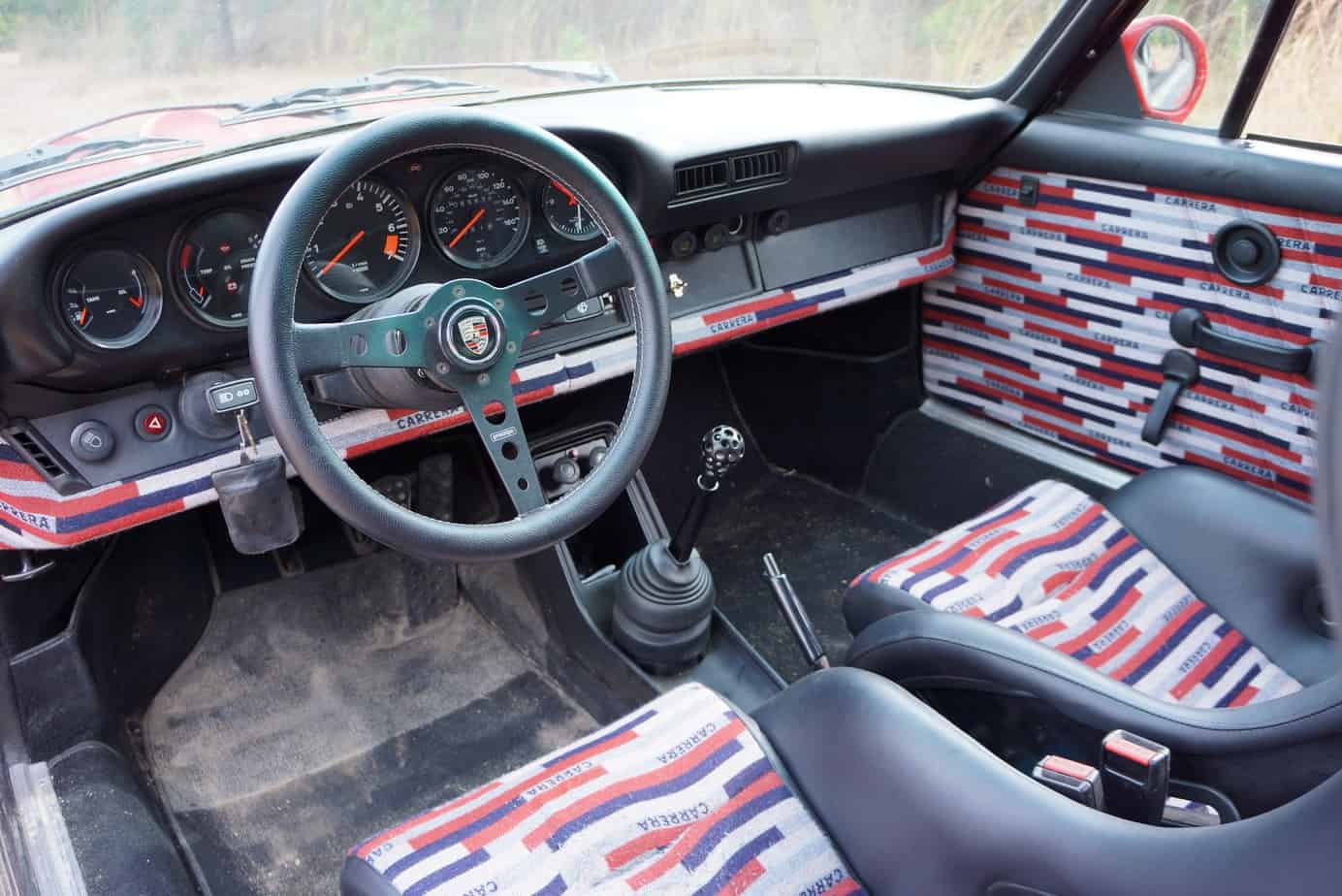 The interior is kept clean and period specific with vintage bucket seats and a roll bar. To save weight, the rear seats are removed and replaced with a factory RS delete kit. The vintage bucket seats are then wrapped in 1970’s Porsche factory tartans and new old stock factory Recaro prints. The lower dash is wrapped in matching material and topped off with a new steering wheel and matching shifter combination. All of these changes come together to create a true driver’s car.
The completed project is extremely fun to drive and highly capable while looking the part -without standing out too much. The Safari is one Porsche that doesn’t mind a few scratches or dents, which is what I think makes it so great. Leh is currently starting on Safaris #7 with several more in the hopper. If you are interested in owning one of your own, you better act fast, because the line is getting long. 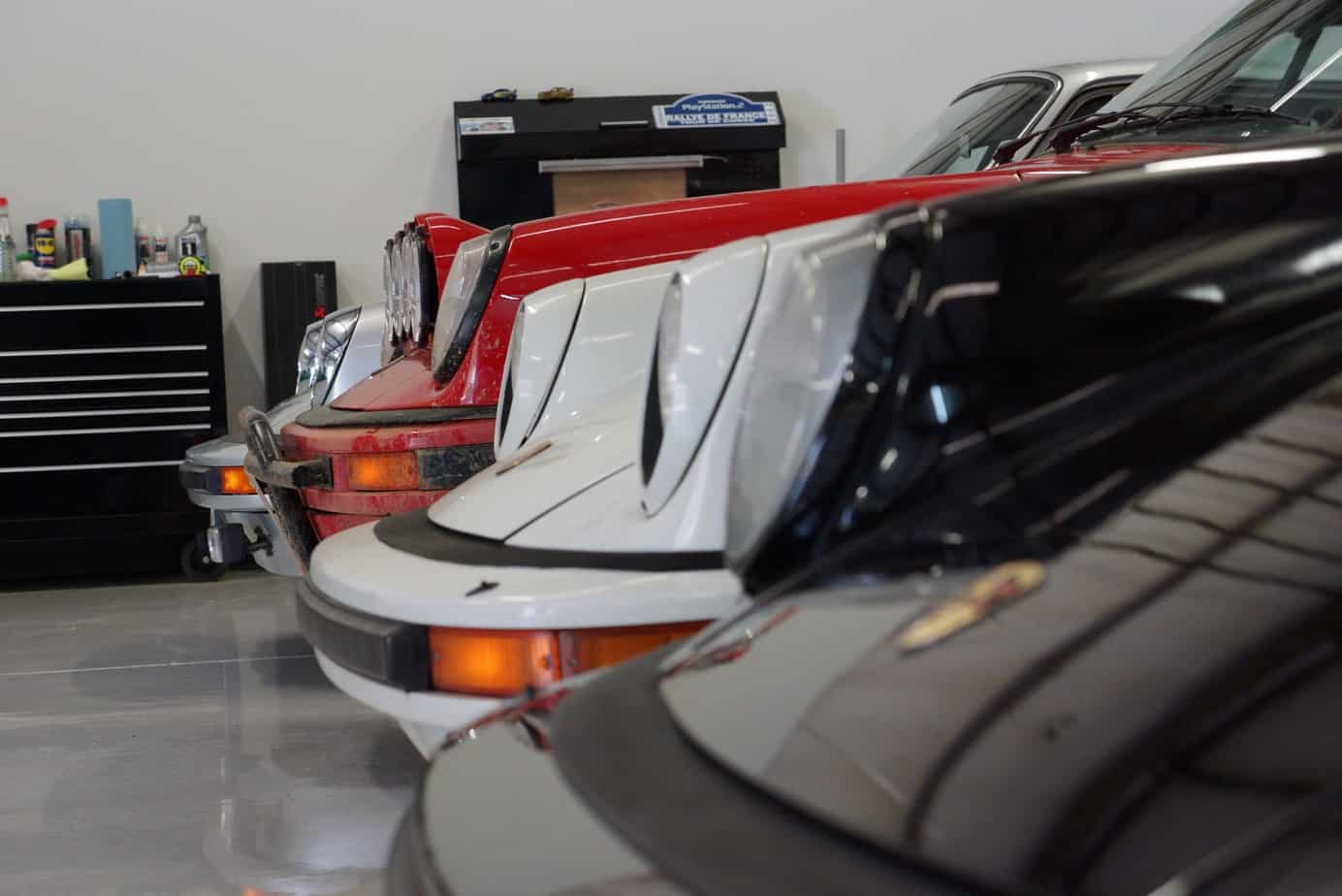