We love to camp as a family, but my husband was travelling for much of this summer. We decided that rather than miss out on a camping season, we would simply proceed without him.

In writing this article, I have broken one of the cardinal rules in my life which is to never give unsolicited advice. I have, of course, masked this under the guise of “tips” in my writing and “sharing my experience” in my mind. With confession out of the way, I can now launch into full-blown advice-rendering mode with the 8 easy tips below.

Once you have decided to camp without your partner, you will be surprised by how many annoying little negatives try to get in the way of you actually camping and that is just what they are, annoying little negatives. Stride over obstacles like they are mere dust bunnies. That is the only way to do it. I told my camping buddy, Bianca, that I will be fine as soon as I am in the truck driving. After that, nothing matters. But before that, there were numerous little negatives that popped up. Like when the kennel owner told me that she was fully-booked till after the long weekend. “Fine, if I cannot kennel the dogs, we will camp with them.” It had taken me a long time to decide to camp without Ray and we were not to be stopped by this trivial hiccup. Never mind that I sometimes find our two shepherds overwhelming; now how do I put this delicately? One dog is “gifted” and the other is “special needs”, therefore making them both high maintenance.

This is a follow-up to Tip #1, if you are going to stomp over things that get in your way, you might as well see the positives in the outcome. So great, I don’t have to pay to kennel 2 dogs, thereby saving a small fortune. We will use that money on something else or save it. And with 2 shepherds in camp no one in their right mind would try to mess with us, including the bears. 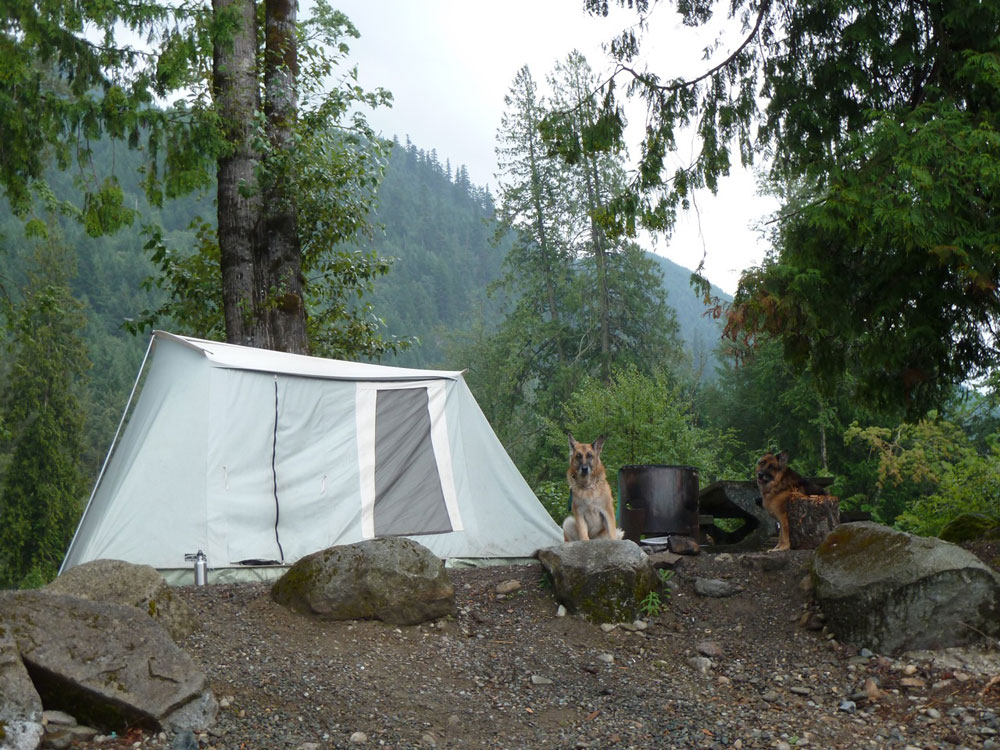 In this case, control over everything from choice of campsite to what is brought. The latter was simple, since I had no idea how to use recovery gear I wasn’t going to bring it. I also thought, “Wow, for the first time, i am going to pack the truck and no one is going to undo my work.” Oh, if I had a buck for every time Ray came home from work and I had already packed the truck and he said, “Do you mind if I repack the truck?” Sure, go ahead, knock yourself out. Never mind that it is nine in the night and we have to be up at 3am to throw the kids in the truck in order to meet our friends at the border crossing at 4.” I don’t think I pack the truck badly, just not the way Ray would pack it. 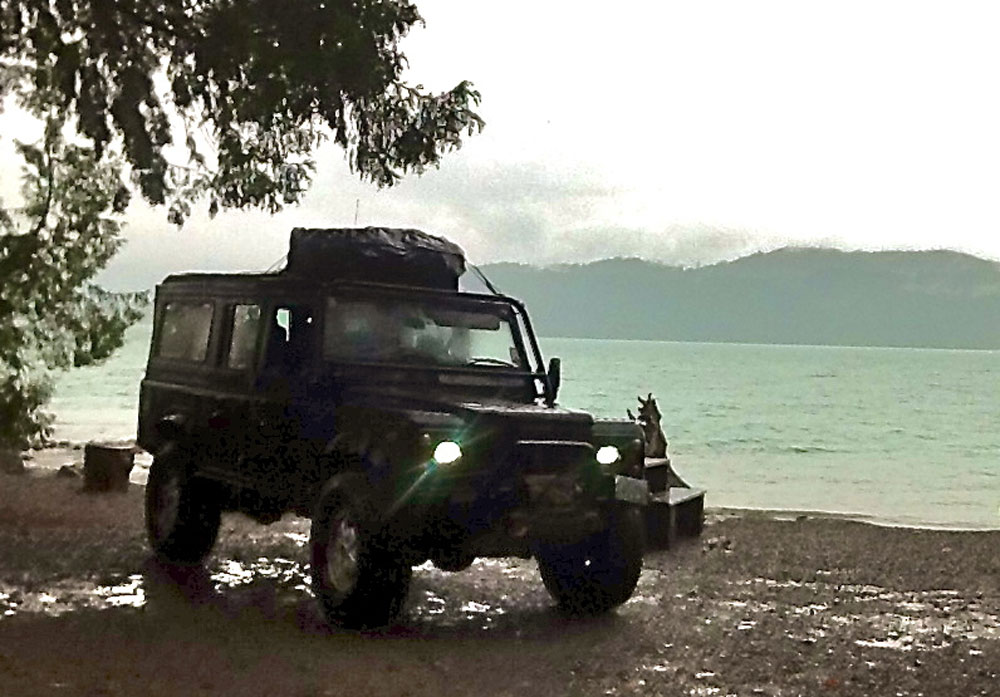 Delegate as much as possible. Now that they are getting older, I can make a list for my boys and they pack their bags. I do a verbal check with them. As much as a I like and do start to prepare for camping a few days in advance, there are some things which can only be accomplished closer to the estimated time of departure. It is amazing how a few more hands just lighten the work. For the night before, we were to make pizza for dinner and the leftovers were to be for breakfast. Pizza is great travel food and since we were scheduled to leave at 8am in the morning, I wanted food that my boys would eat in the vehicle. I know most families go for granola bars but the only bars my boys eat are chocolate bars and no way was I going to serve that for breakfast. As it turned out, it was getting late and I could do with help getting the pizza out. The boys were mobilized. All four of us quickly became an assembly line, one person rolled the dough out, another grated cheese, someone else cut the ingredients and the last person assembled it. We made shortshrift of the work. 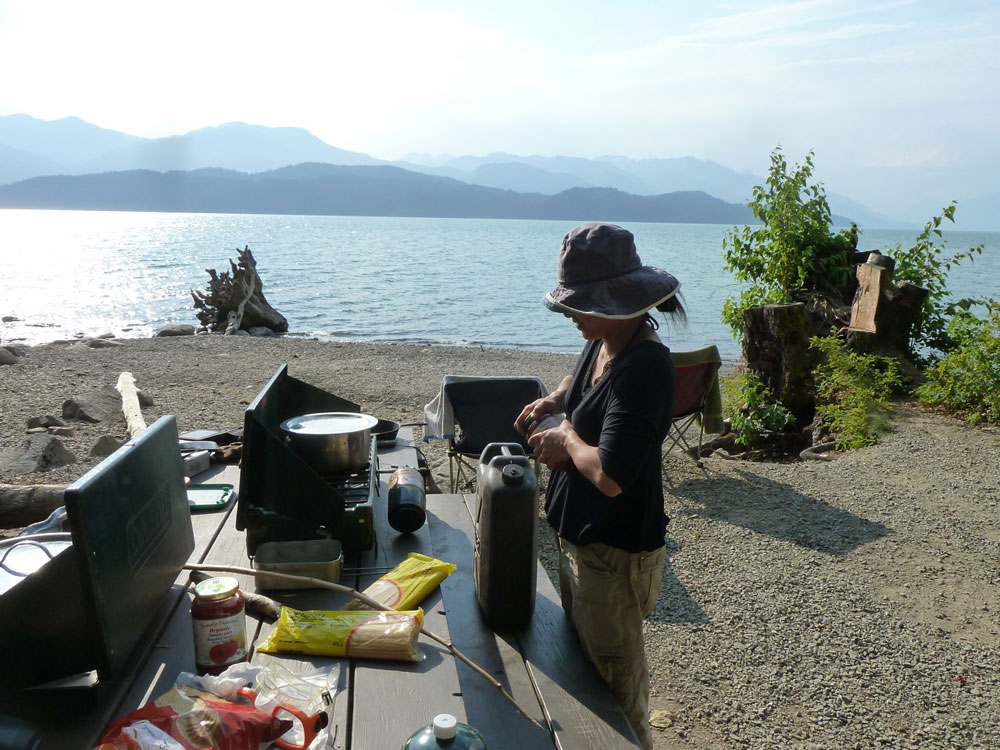 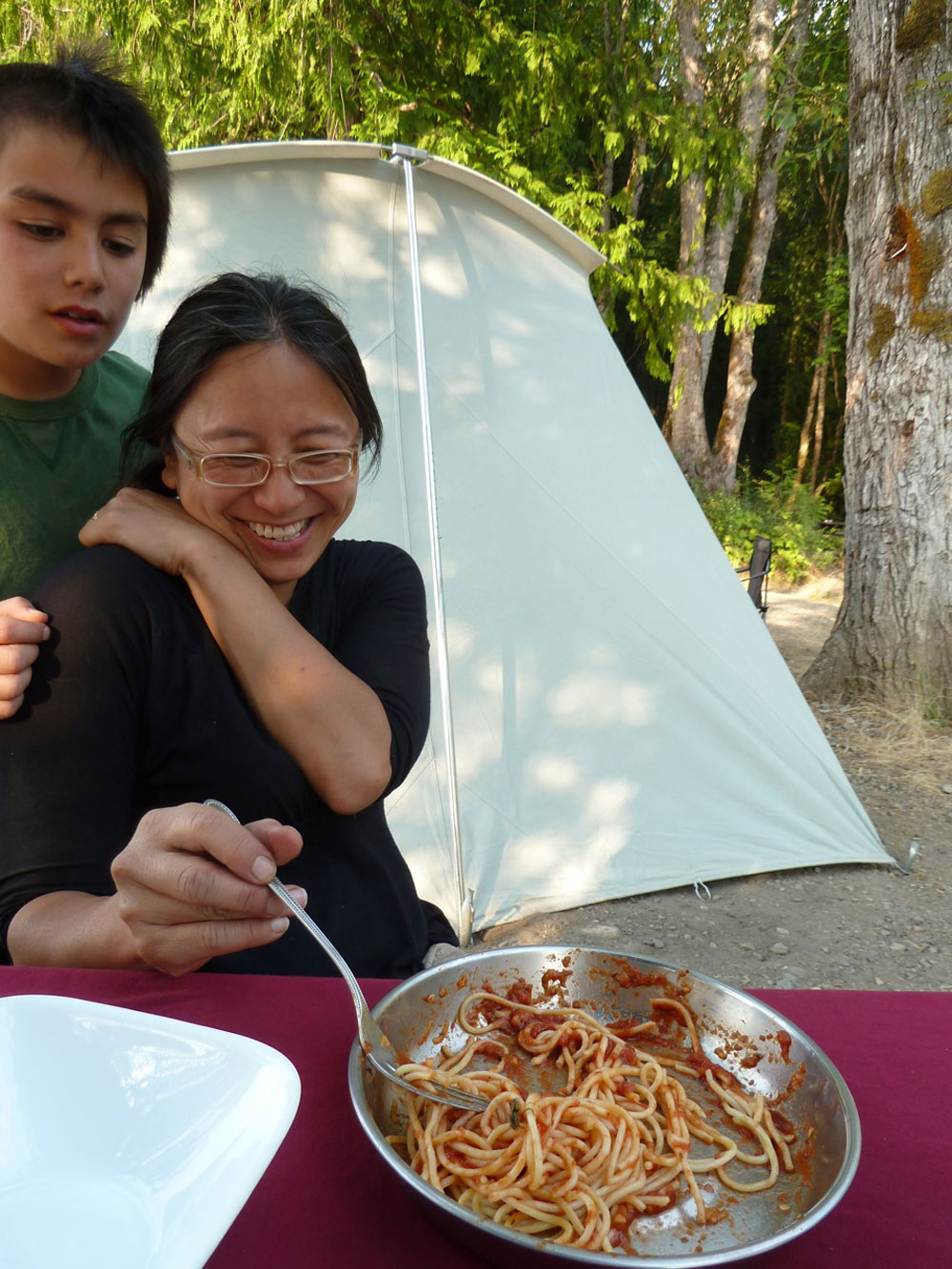 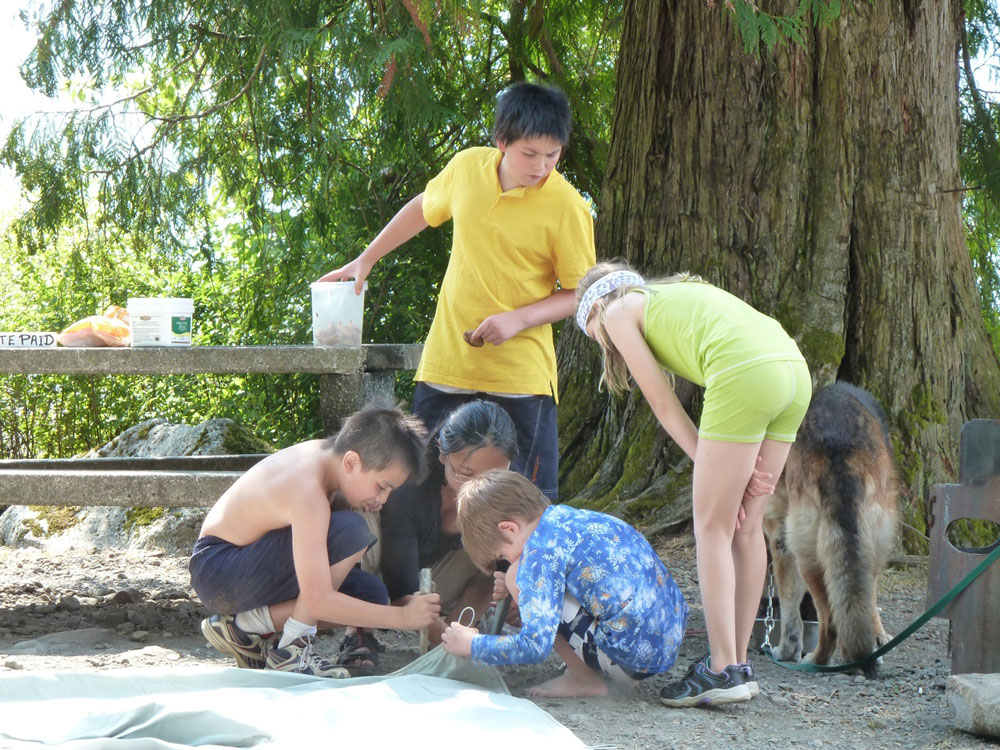 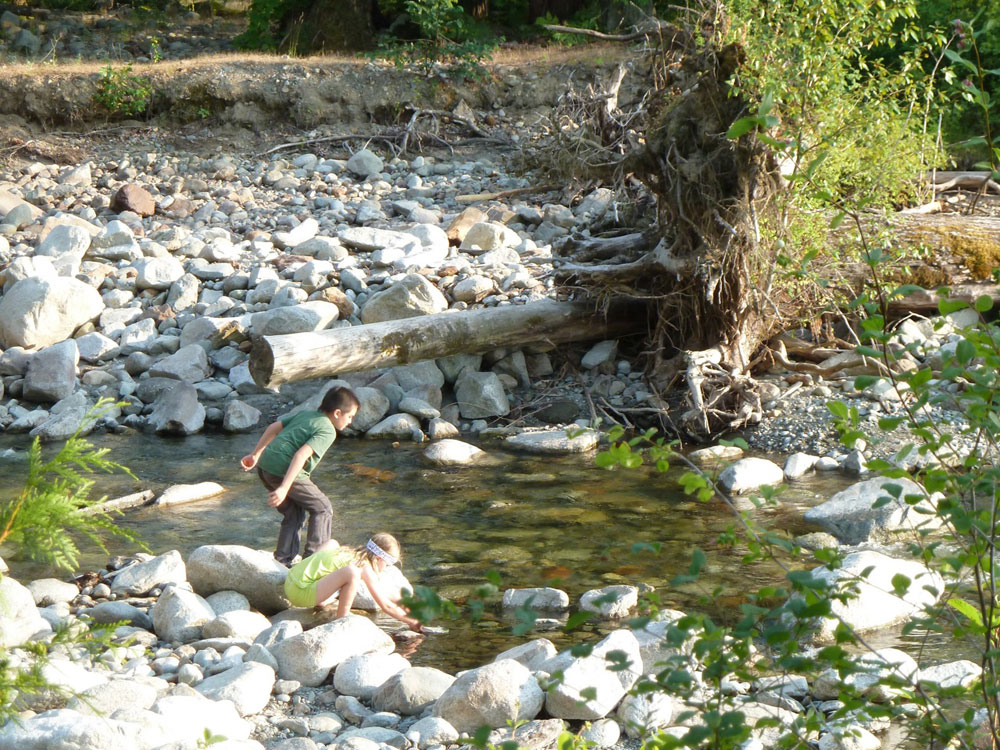 We camped with a family we hang out with every week. We could not ask for better folks to camp with. As the other mom said, “All my kids like all your kids,” and vice versa. 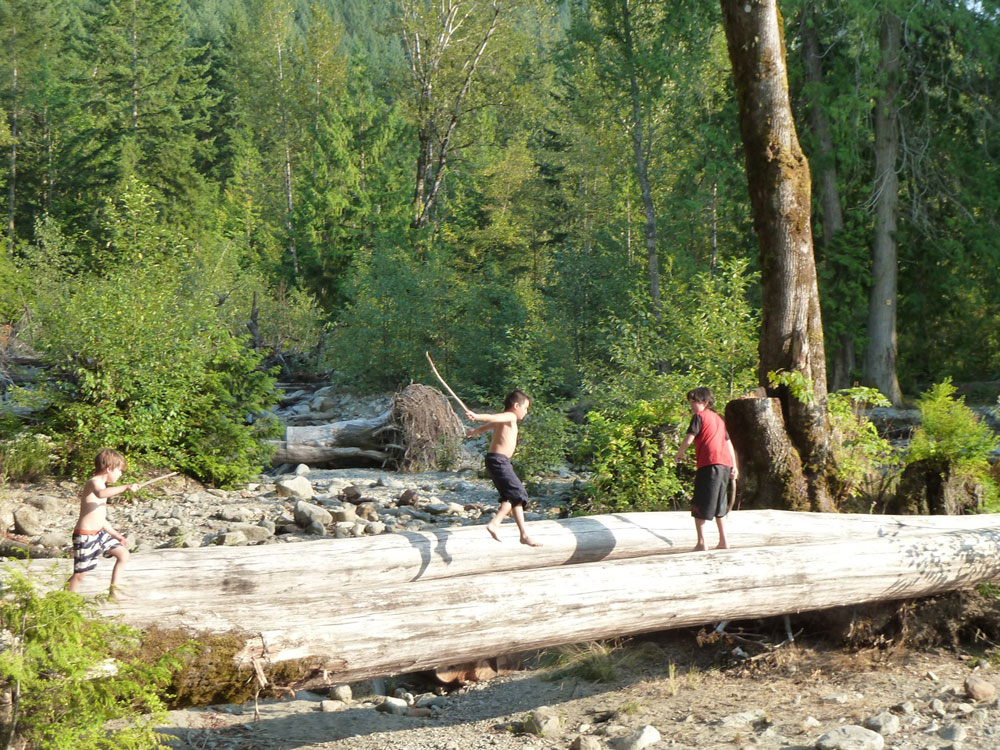 Tip #6 Pick a spot that works for you

The other mom and I both spent our younger years growing up on an island. Now living inland in British Columbia, the one thing we both wanted was the ocean. We missed the waves and wanted our children to experience them while camping. Imagine our shock and horror when we discovered that in order to camp by the ocean, it would cost each family almost a hundred dollars one way by ferry to get to the island we chose. Refusing to succumb to daylight robbery, we revisited our camping goals. We finally decided on camping closer to home, but by a large lake, not the ocean. We reasoned that we actually live in “vacation land”; city folks drive to where we live to spend their holidays. We did not need to spend money and drive long distances unnecessarily for us to camp. Our new campsite was about half an hour from where she lives and an hour and fifteen minutes from where I live. It worked for us and let me tell you, the morning I drove to the campsite, I was grateful I was not driving three hours to get on a two hour ferry and then driving another two hours. 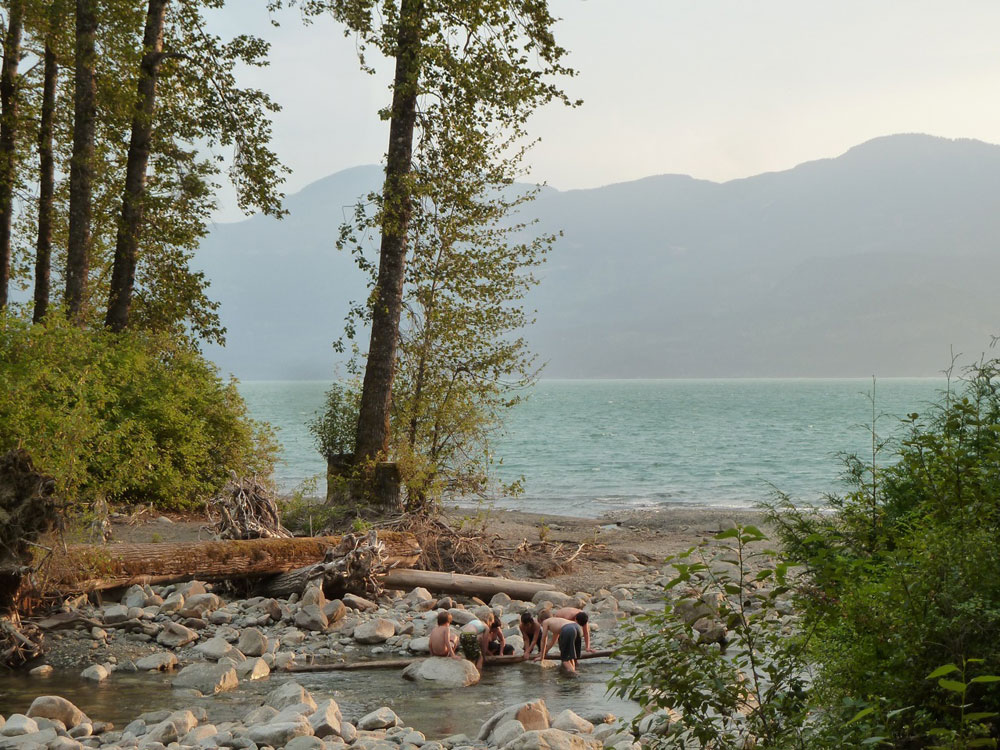 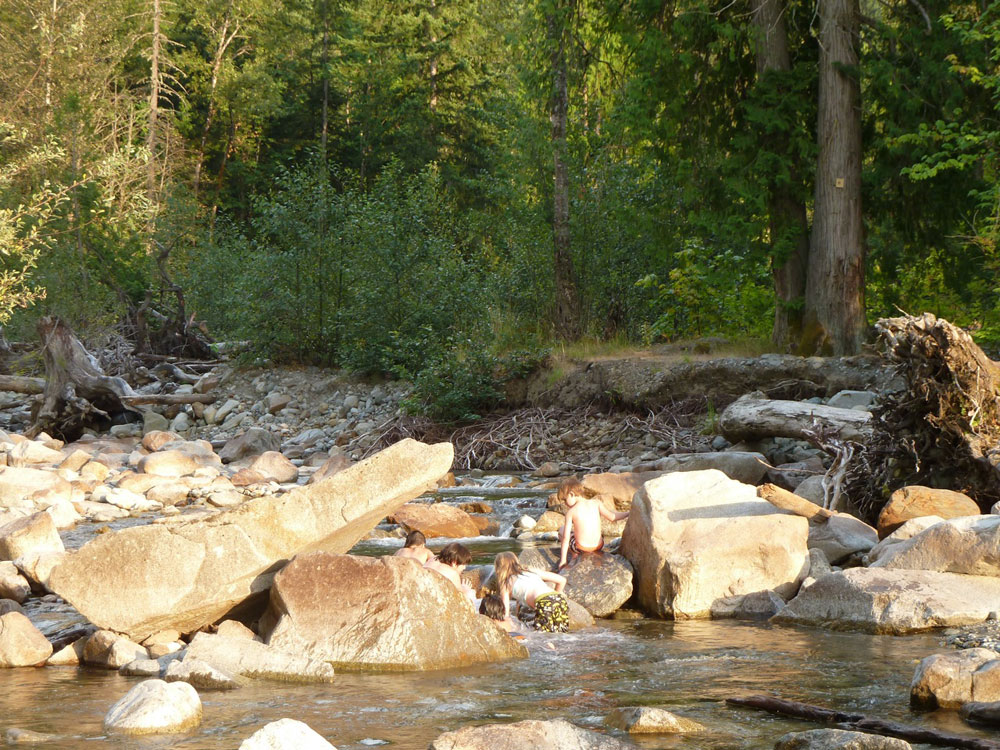 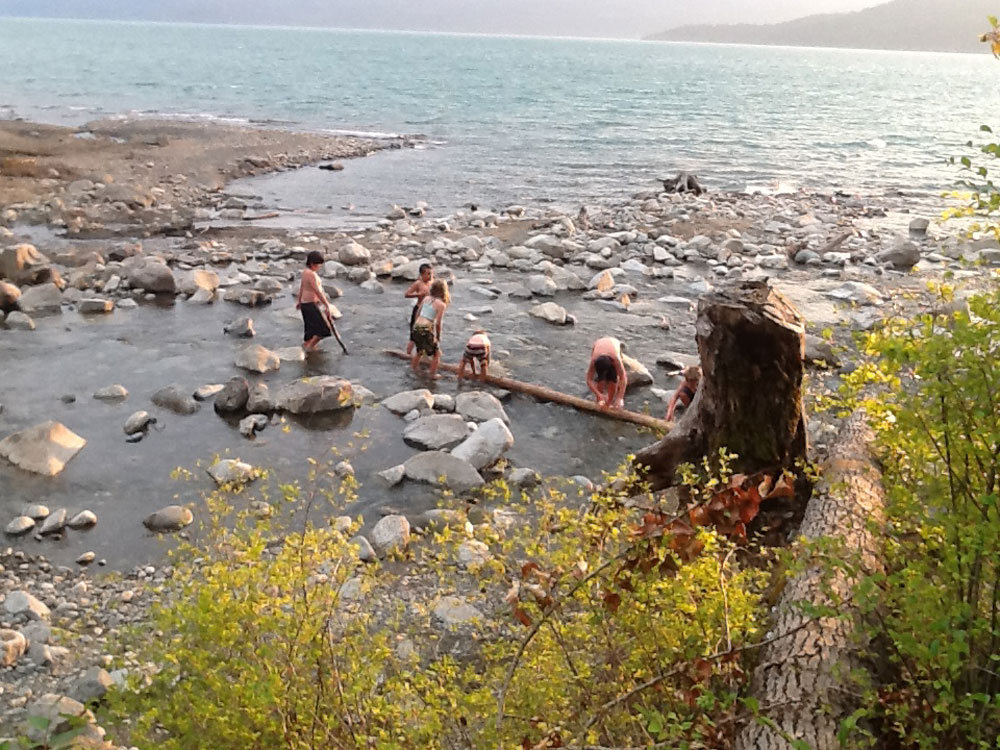 Tip #7 Remember why you camp and enjoy it

This was by far the easiest thing to do. The boys were happy; they were outdoors; they had friends they loved to be with. Oh, to see your children happy, to see them drag a big, heavy log over a rocky creek all the way to the lake and then to watch them paddle the log like a kayak or try to find the equilibrium so it just balances when there are 3 of them on it, to watch them try to steer the log amidst waves that push in the direction they do not want to be going. There are few things that can compare to that joy. 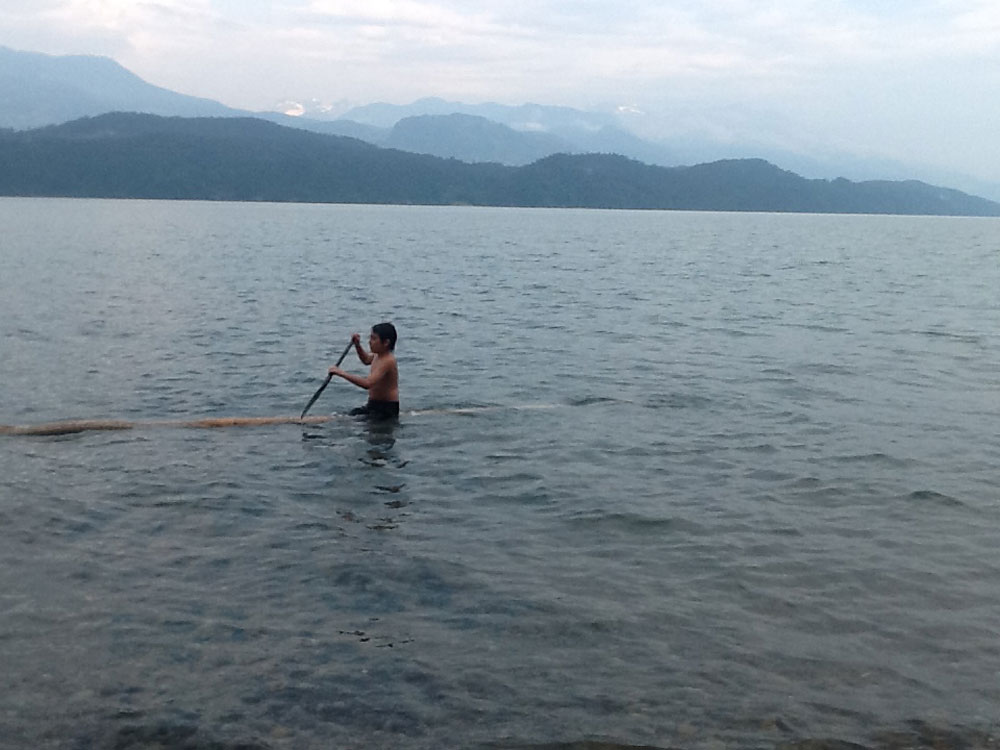 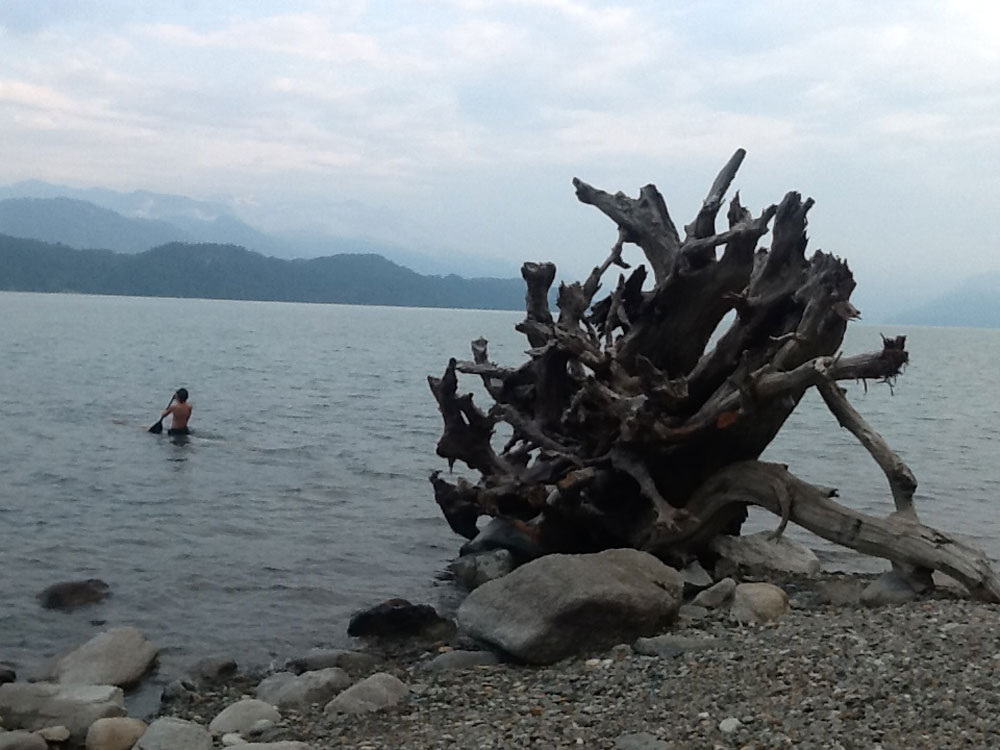 Tip #8 When things go awry, deal with it and it will work itself out.

On our second evening it started to rain; my wish was for there to be enough sun the following morning that our huge and heavy canvas tent would at least dry out. My worst nightmare was having to bring home a wet tent and having to either set it up in the yard to dry or find a way of drying it in the house. My worst nightmare came to be. It stopped raining in the middle of the night only to start again in the morning as I lay in the tent listening to the slow pitter-patter which I hoped was drops falling off the leaves because the wind had blown. When I was sure that it was rain, I poked my head out of the tent to see how long the rain would last. The sky was a solid grey and I made up my mind there and then that we would just pack up and head home that morning. The Fraser Valley had broken records this year with the highest number of days with no rain in July and on the days we chose to camp it rained. Anyone who has owned a canvas tent can tell you how heavy it is, even when it’s dry. It took my older 2 boys and I to lift the tent into the truck, and all the while I am thinking, “how am I going to dry this sopping wet tent in the house” because I was not going to set it up in the yard. Then I had an idea: The night before we left for camping, a friend was going to pick up an old fridge we had. I know, night before camping and I had to clean this fridge which I was going to giveaway and I also needed to clear a path in our very messy sunroom so that the fridge could actually leave the house. I had many things I needed to do but my friend needed rhe fridge before I left for camping. Well, it was now fortuitous that I had cleared that space in the sun room because that was where the tent was going to dry. I put our oil heater in there and kept moving the tent and the oil heater about until the tent dried. It worked.

I am happy with how our first camping trip sans Ray worked out. My friend and I have decided that this camping trip needs to be an annual event.

So, if your partner, husband, or usual camping buddy isn’t around don’t despair, just jump in your vehicle and head into the woods. You may enjoy it more than you expect.

Long Way Down: An Epic Journey By Motorcycle From Scot...
by Ewan McGregor, Charley Boorman
From $1.69From CAD$38.5 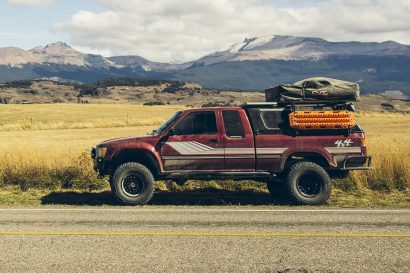 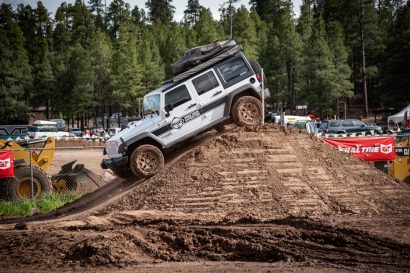 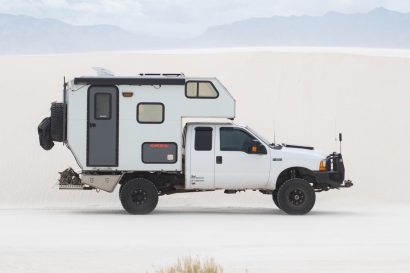