The Camel Trophy, which was also known as “the Olympics of 4×4”, was, without doubt, a stroke of marketing genius. The sight of international groups of Tom Selleck lookalikes plowing the world’s greatest 4WD vehicles across jungles and rivers, and deserts were enough to inspire every schoolboy and his parents while cementing the reputation of the Land Rover Defender in particular (which was the primary vehicle of the 1984 to 1989 events). The event was so spectacularly successful that, thirty years later, it continues to motivate and inspire. The Camel Trophy was a product of the time and could never truly be repeated, but we can still dream. 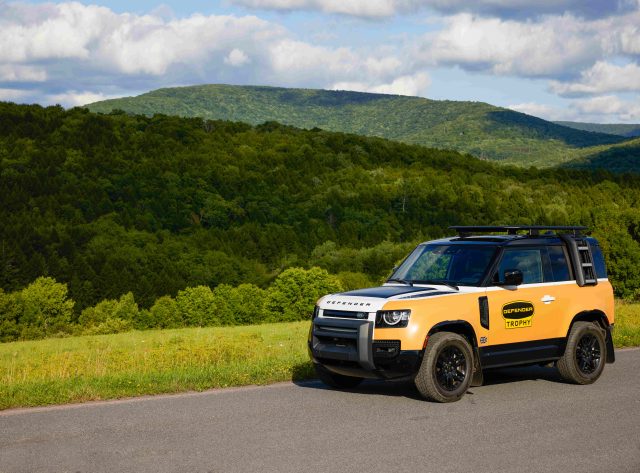 250 Defender Trophy Edition vehicles will be sold exclusively in the U.S. and Canada (220 US/ 30 Canada), and each will come with an opportunity for a two-person entry to a one-day off-road adventure in the Defender Trophy Competition, the exclusive adventure competition held at the Land Rover Experience Center in Manchester, Vermont. 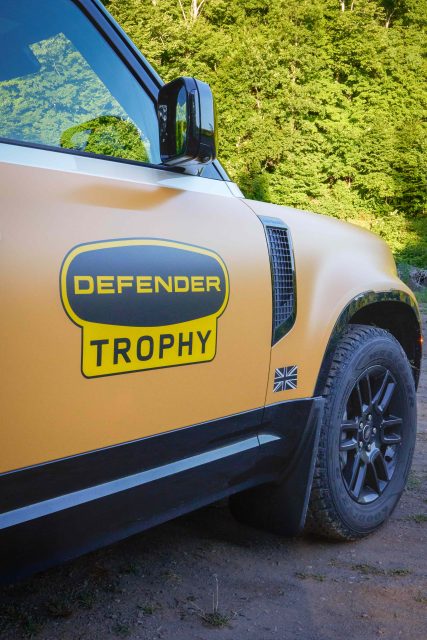 The Defender Trophy Edition is claimed to be designed to tackle some of the most demanding endurance challenges, and additional all-terrain equipment includes an expedition roof rack, deployable roof ladder, electronic winch and winch accessory pack, front and rear classic mud-flaps, integrated air compressor, deep-sided mats, and load space rubber mats. It will be up to you to add cloying mud and thorn tree pinstripes. 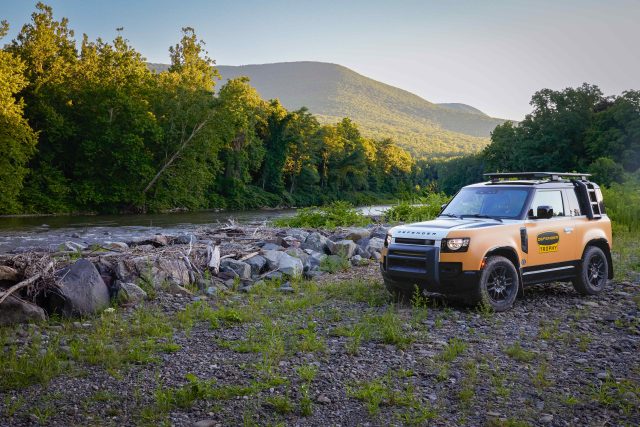 Up to 90 teams (six waves of 15 teams maximum on a first come, first served basis) from the U.S. and Canada will compete at the Land Rover Experience Center in Manchester, V.T., starting from October 8, 2022. The winning team, to be determined by a judging panel, will go on to participate in the Classic Land Rover Trophy Competition in challenging terrain in the United Kingdom, which will take place in Spring 2023. In addition, returning participants of the 2021 Defender Trophy Competition can enter the Trophy Competition at the cost of $5,000 per team. The winning team of returning Defender Trophy participants will be rewarded with a trip to the U.K. for a unique off-road driving experience. Competitors will face a number of on-and off-road challenges, including physical and team-building obstacles; expert one-on-one coaching will be provided as part of the adventure, giving customers a unique opportunity to develop off-road driving techniques and skills in their own vehicle before putting that training to the test.

The Defender Trophy Edition will be available in August 2022 with an MSRP of $95,000 and can be purchased at certain Land Rover retailers in the U.S. and Canada.