Garmin says, “the Tread series is purpose built for powersports enthusiasts seeking adventurous rides off the beaten path and for overlanders planning to take their rigs off-the-grid for long expeditions.”

This translates to glove-friendly touch screen operation, turn-by-turn trail navigation for unpaved roads and trails, and built-in inReach technology for keeping tabs on your group members as well as for satellite-based communication with the outside world.

“We’re excited to offer overlanding and off-roading enthusiasts the best of both worlds with these new additions to our rugged Tread lineup,” said Dan Bartel, Garmin vice president of global consumer sales. “Adventure seekers and off-roaders now have the freedom to explore and put their minds at ease thanks to built-in inReach communication so you can always be in touch no matter where your adventure takes you, plus the brand new trail routing and group ride features can help you stay connected with friends in more remote areas.”

The Tread Overland and Tread XL Overland come in 8- and 10-inch sizes, respectively. They feature a robust feature set including: 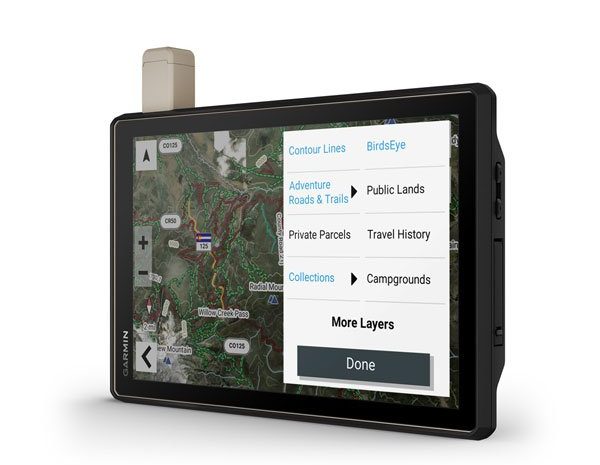 Garmin’s 8-inch Tread SxS edition was specifically developed for side-by-side users and comes standard with the Group Ride Radio to facilitate effortless communication on the trail. The SxS Edition includes all of the aforementioned features of the other Tread Series navigation devices, but goes one step further in terms of durability, featuring a military-grade drop test rating.