Early last fall I made the decision to upgrade my aging and much-used Goal Zero Extreme 350 with the brand’s newly released Yeti 400. I have used Goal Zero products since they first entered the market and for the sake of full disclosure, have not always had a uniformly positive experience. It was then quite a leap of faith to commit to the $489 Yeti 400. For my application, I needed a power system which could perform a variety of important tasks. I primarily needed a backup power system to run an ARB refrigerator from time to time. I wanted something I could use in the field to charge my growing inventory of electronics from camera batteries to GPS units, tablets, laptops, and of course my precious little iPhone. What I needed was a powerful system, ideally with a built-in inverter, featuring a wide variety of charging ports. The Yeti 400 appeared to be the ideal solution. 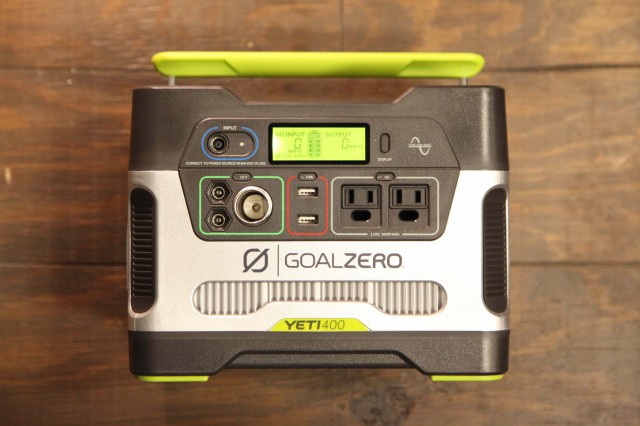 Built around an AGM Lead-Acid battery with 400Wh of peak capacity, the Yeti 400 can be charged in roughly 5 hours with the included 110V wall charger, or in 13 hours when plugged into a 12V outlet. Should I opt to purchase a Goal Zero Boulder 30 Solar Panel in the future, that accessory will bring the Yeti 400 to full charge with 26-52 hours of daylight. I seldom stay put for that long, so I doubt the solar panel will factor into my system anytime soon. The face of the unit includes a brightly lit display to monitor inbound and outgoing charging levels. It also features a full compliment of charging ports, something that makes a gadget laden geek like me feel warm and fuzzy. There are three 12V ports, two USB plugs, and two 110V outlets. On each side of the Yeti 400 is an additional Anderson plug port which can be used to chain multiple power packs together. The unit also has a large, heavy-dutycollapsing handle for easy carry and secure lashing. 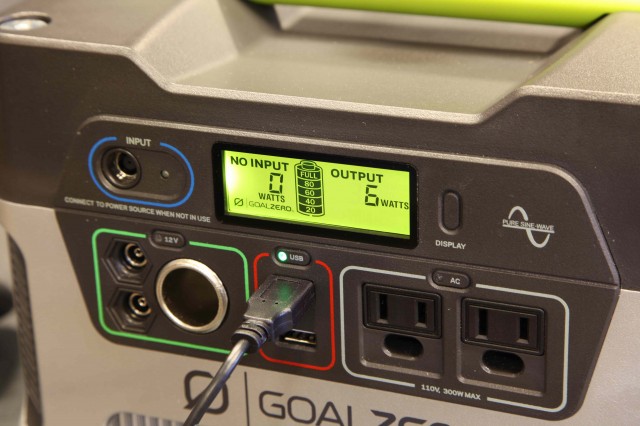 For my application, the Yeti 400 is compact enough it fits neatly under the passenger seat of my Jeep. I keep it plugged into the 110V outlet on my console, and then plug my accessories into the Yeti 400 as needed. Anytime my ignition is running it serves to top off the power pack. Consider it a very basic plug-and-play dual battery system. In evaluating the performance of the Yeti 400, I have to say it has exceeded my expectations. Although we have yet to enter into the warm days of summer, I’ve found the Yeti 400 has ample juice to keep my refrigerator chilled for up to 48 hours, more with optimal conditions. It can run my battery-efficient laptop for over 40 hours, and charge my iPhone once a day for up to a month. It packs more than enough charge to keep me mired in emails while on the road for days and even weeks on end. 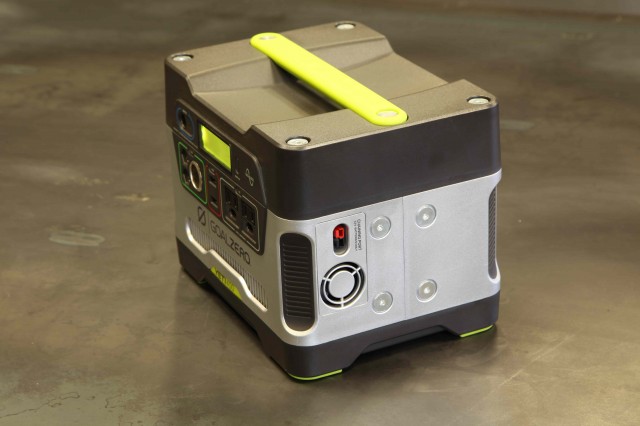 There are a couple less obvious positives to the Yeti 400, especially over previous units from Goal Zero. For starters, the built-in inverter seems to be more efficient with less noticeable heat build up. The fan doesn’t run nearly as often as it did on my Extreme 350, nor does that fan sound like a struggling hovercraft. The inverter on my Extreme 350 also made an unnerving buzzing noise that made me less likely to leave it unattended when in charging mode. The Yeti 400 seems to have evolved beyond these earlier woes. It has been easy to use, packs plenty of power, and maintains a charge better than expected. In short, I couldn’t be more pleased with the Yeti 400.

This brings us to the obligatory discussion of value, something I feel coerced into doing lest the comment box catch fire. I admit, $650 is a lot of coin for backup power, or is it? Similar systems like the ArkPak go for $489 without the actual battery component installed. A National Luna system is over $500 and doesn’t include anything more than a 12V outgoing port. When you factor in the price of a battery, inverter, and full compliment of USB and other charging ports, the Yeti 400 starts to look like a reasonably priced product given its utility and thoughtful design attributes. For that matter, it makes the Yeti 150 at $200 look positively cheap.

Six months into testing the Yeti 400 I have to say it scores well on every metric making me quick to laud it as one of my favorite products of the last year. The product spec sheet claims the battery is good for “hundreds of cycles.” Given how much I use it, I’m sure I’ll be reporting on the longevity of the Yeti 400 sooner than later. Case and point––my laptop is plugged into it right now. 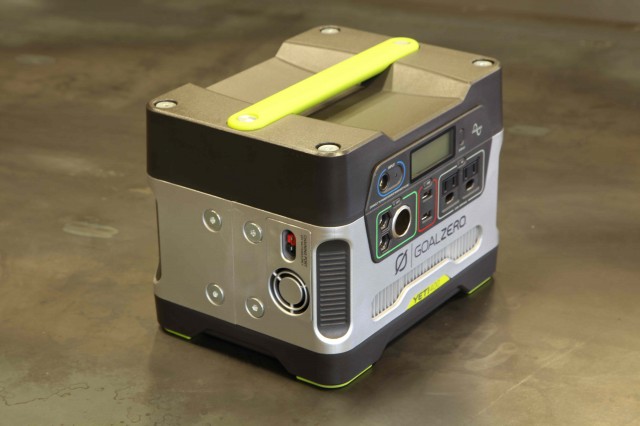