We’ve seen several excellent Nissan NV builds since the platform’s release, but this 2013 has to be one of our favorites. What began as a basic 3500 HD high-top cargo van has slowly been converted into a true overland vehicle, complete with all the niceties you’d want in a home on the road. The owner says that only top-shelf components were used, and despite their love for this van, shifting life priorities are forcing its sale.

“My wife and I have shifted our priorities and are now wanting to pass this amazing vehicle on to someone who will truly love and appreciate the uniqueness of this van.” 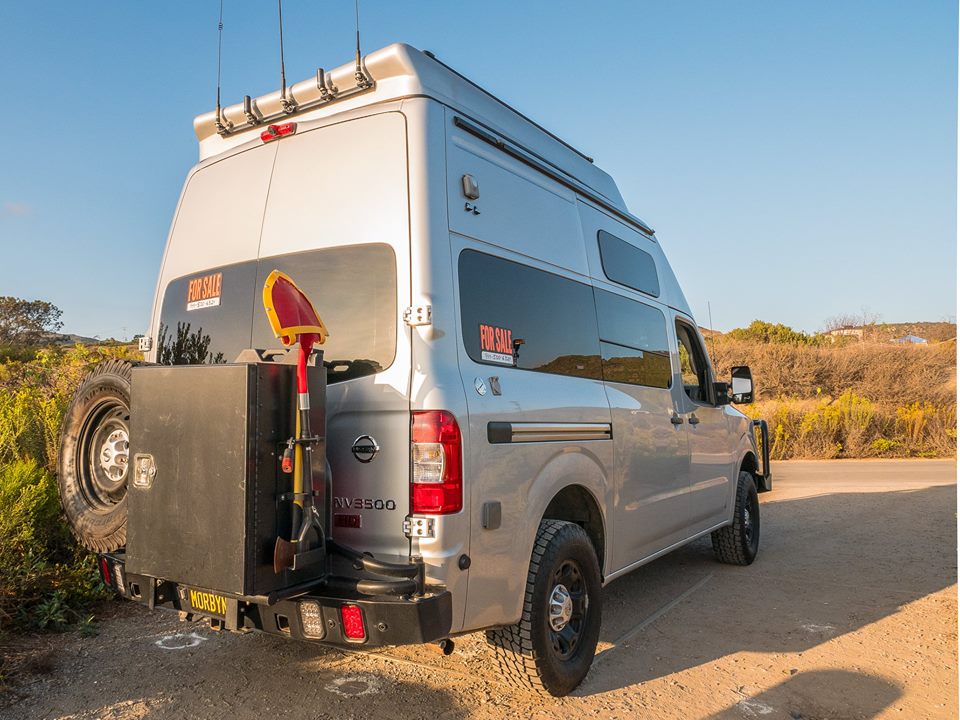 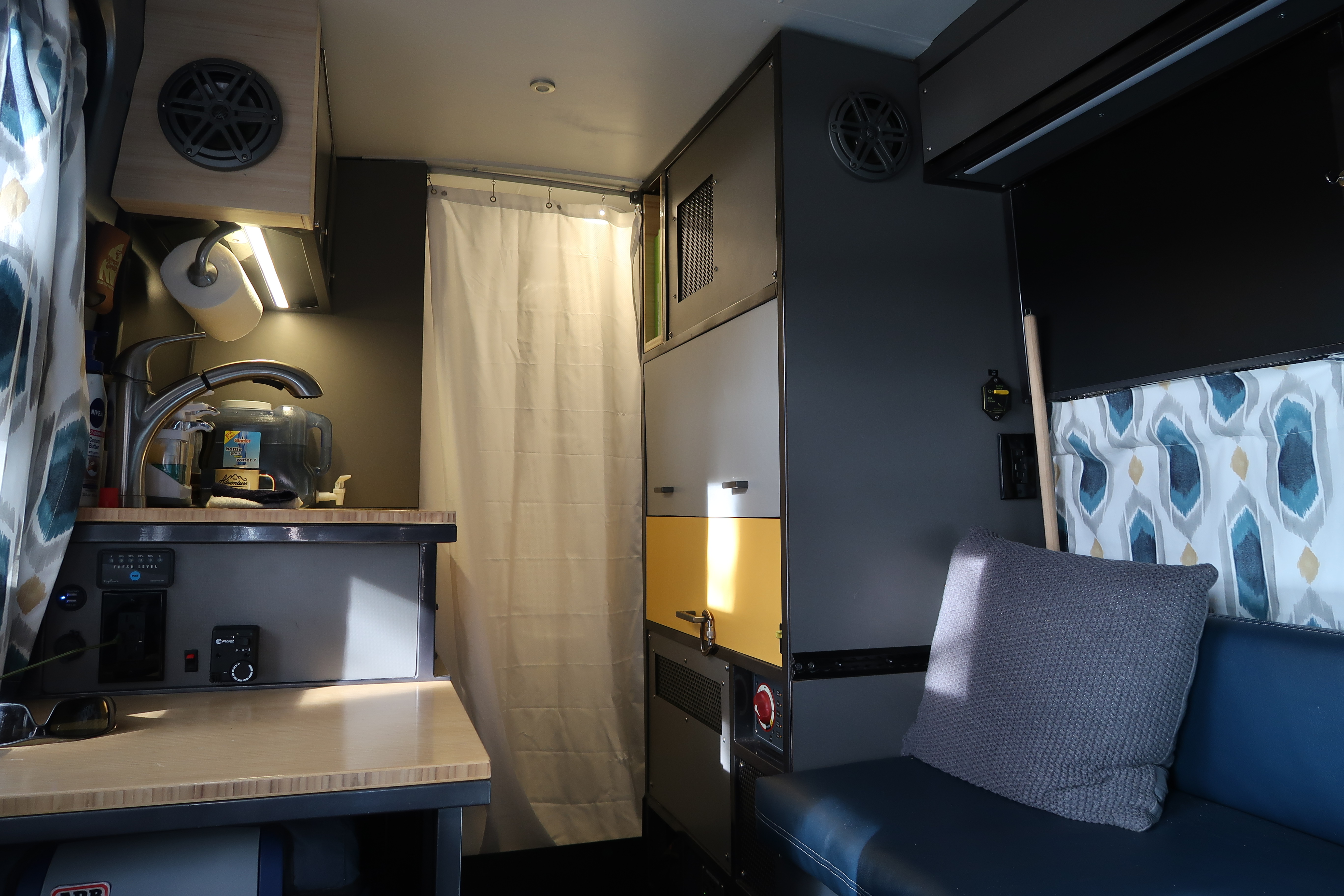 According to the seller, this Nissan was converted to four-wheel drive by Advanced Four Wheel Drive back in March of 2014. It later received 2.5 inches of lift by using Icon coil-overs and 2.5-inch Titan lift blocks which were both installed by Nisstec Lifts. Firestone rear airbags were also installed in order to help the vehicle ride more comfortably and safely under heavy loads. 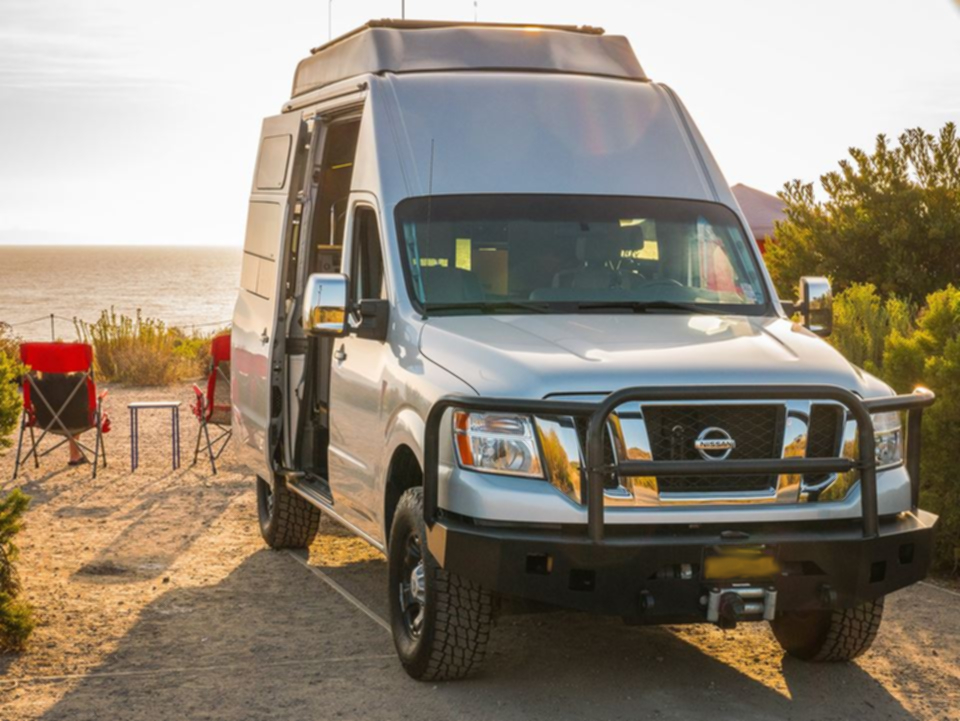 The pop-top and integrated bed were installed in July of 2014 by Colorado Camper Vans. This provides plenty of room to stand up and move around and moves the bed into the roof so that the rest of the van’s interior can be utilized for kitchen and working space. While they were at it, new windows were installed to give the van plenty or natural light and unobstructed views of the outdoors.

Since the owners wanted this to be a four-season van, they opted for the Arctic insulation package on the pop-top, which they backed up with dual Thinsulate and low-e reflective insulation throughout the cabin. A Propex HS2800 LP furnace and 3.3-gallon tank were also installed for guaranteed warmth and comfort on even the coldest of days. 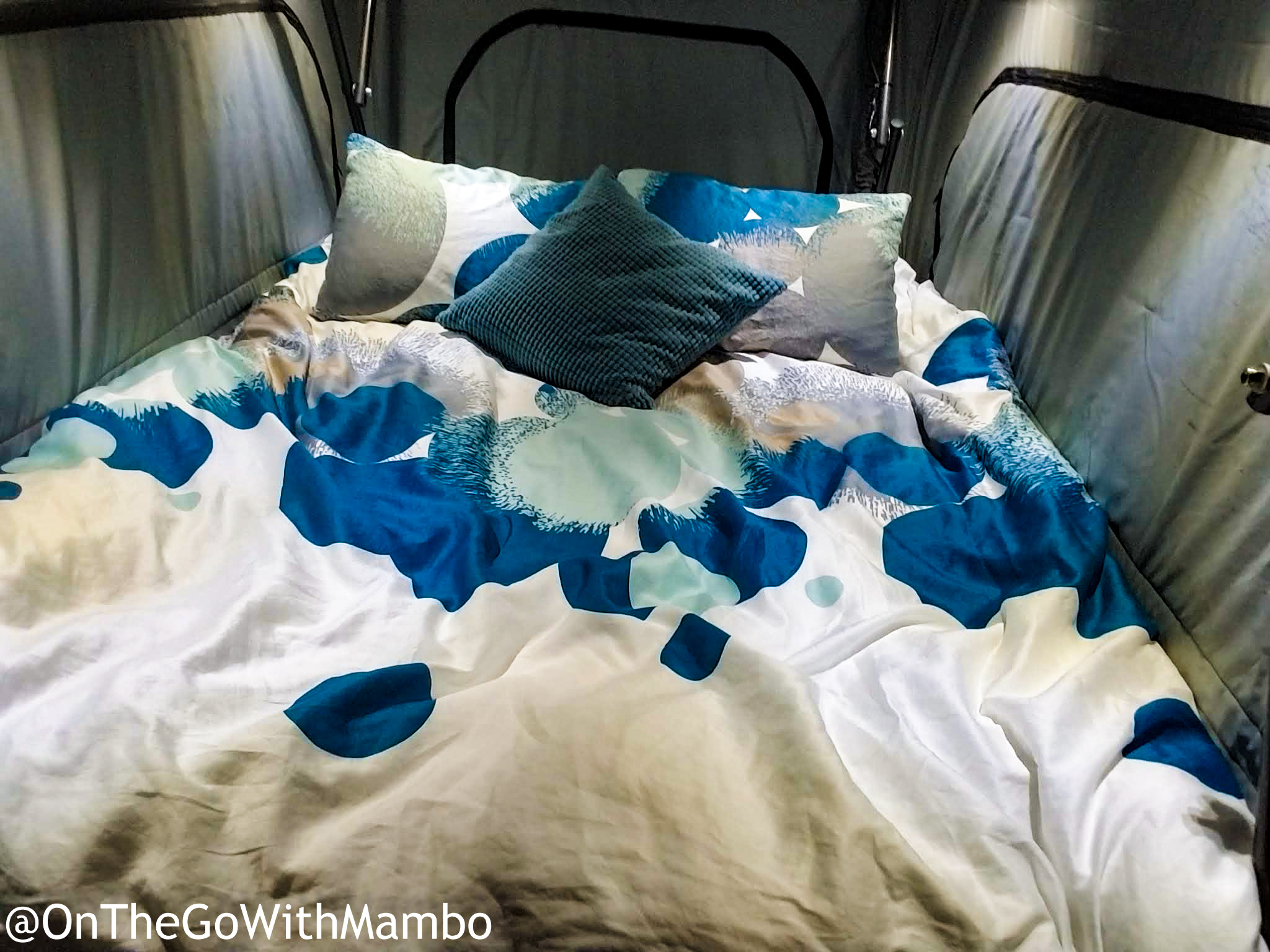 Of course, four season camping means the van needs to stay cool in the summer as well, so a 7500 BTU Dometic air conditioner with a heat strip was installed. They state that this system can run off of batteries or shore power depending on your needs. A 3-gallon 120V Whale hot water heater is perfect for showers in the indoor enclosure, or outdoors using the exterior faucet. Both draw from a 38-gallon freshwater tank located inside the van, which prevents any damage on the trail or freezing during winter conditions. Current water levels are monitored by an ElectroSense gauge, so you won’t have to guess at how many gallons you have left. 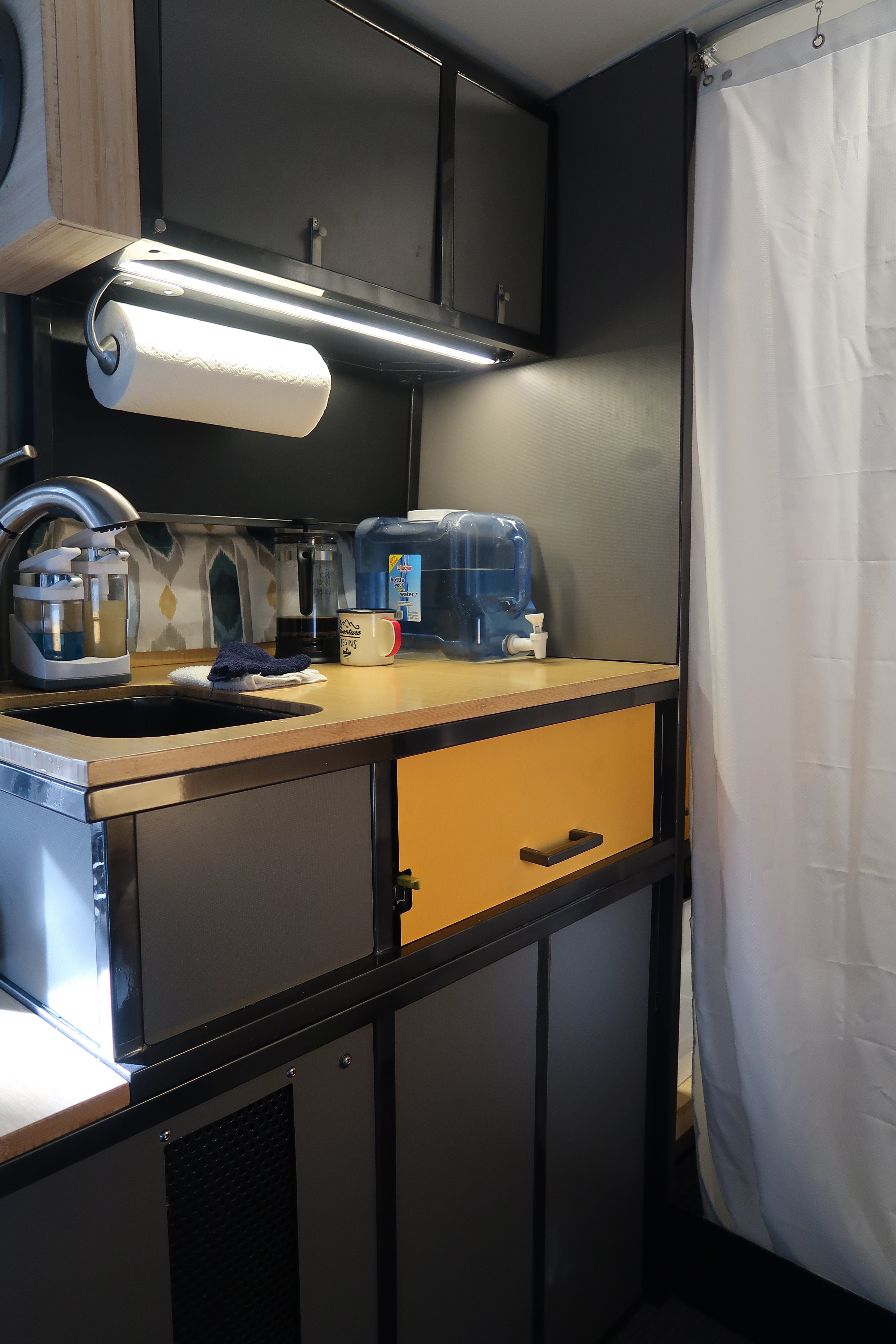 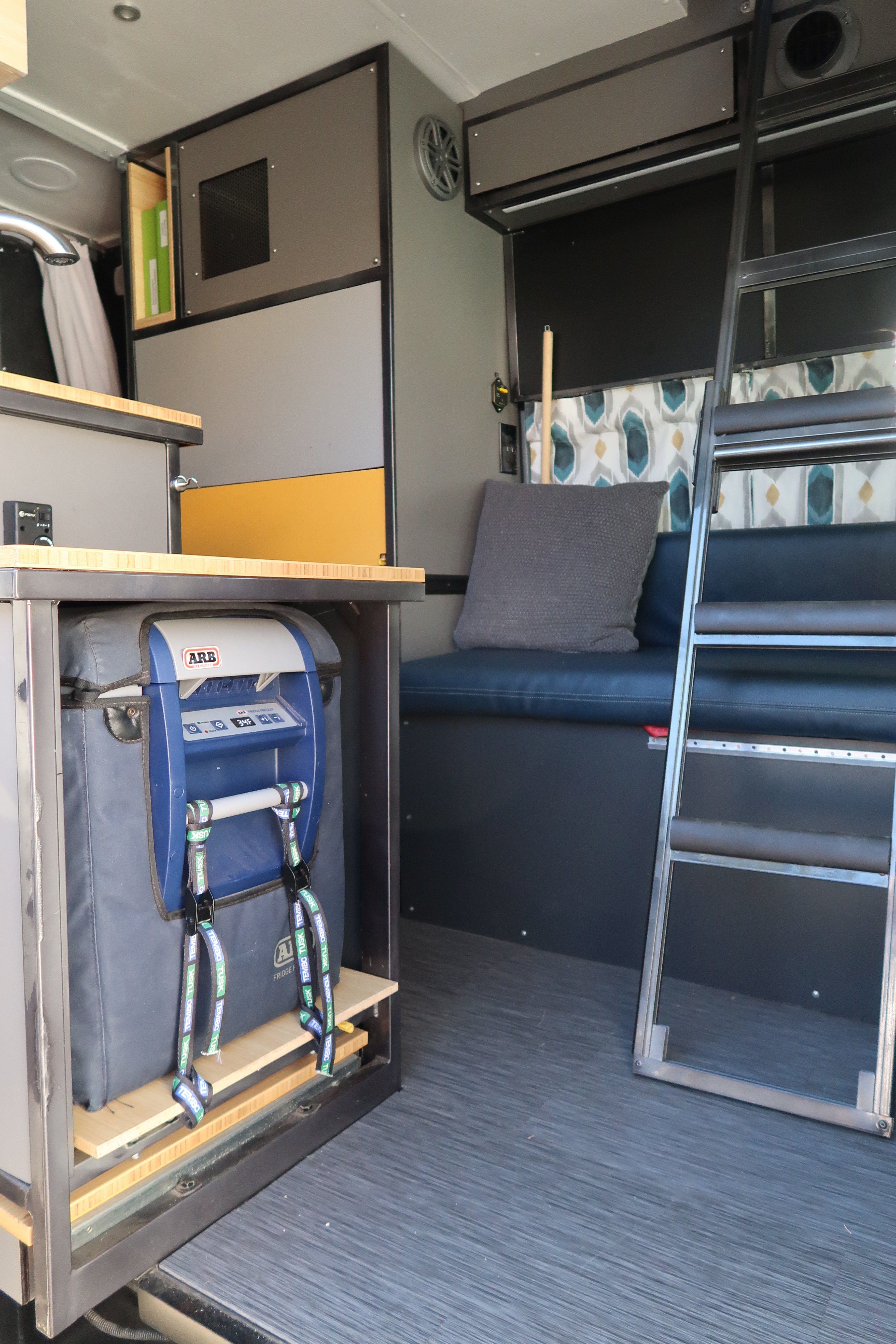 A fridge slide is included that fits all the common 50-liter options, but it does not specify that there is actually a fridge mounted in it. Buyers will certainly want to clarify. All the kitchen and storage drawers lock in or out, the passenger seat rotates to provide a living room setting in the cabin, and the interior lights are all LED to conserve power. There’s even a Nature’s Head composting toilet system for when you need to use the facilities but don’t want to grab a shovel. 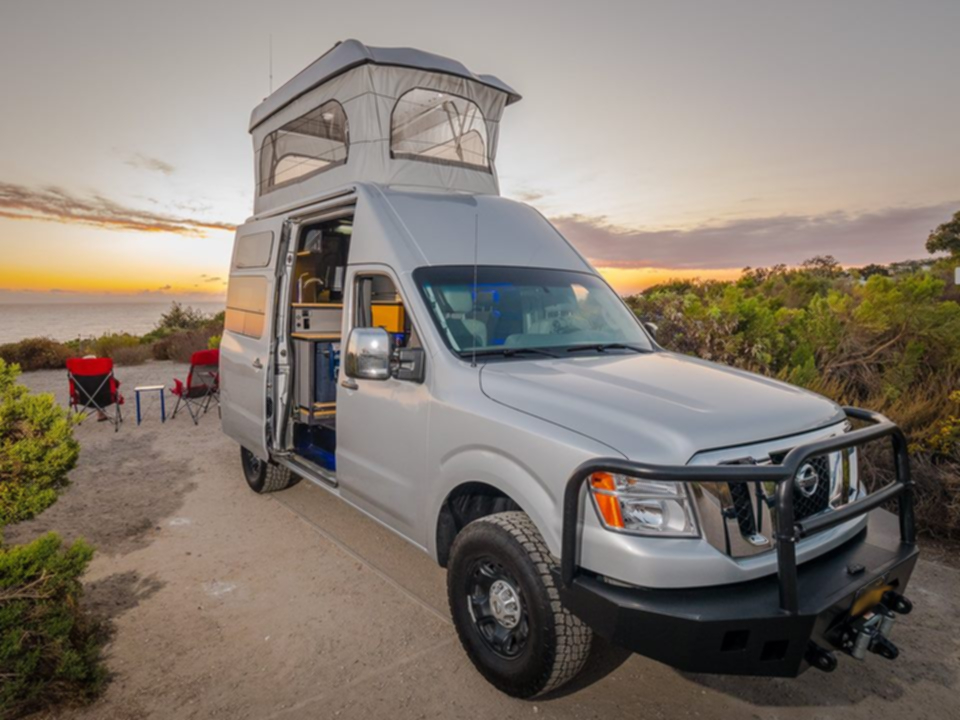 Both the front and rear of the van are armored with Aluminess bumpers, and the front houses a Warn 16.5Ti winch for recovery situations. The wheels are still stock, but have been powder coated black and wrapped in Nitto Terra Grappler LT285/70R17s which now have roughly 16,000 miles on them. 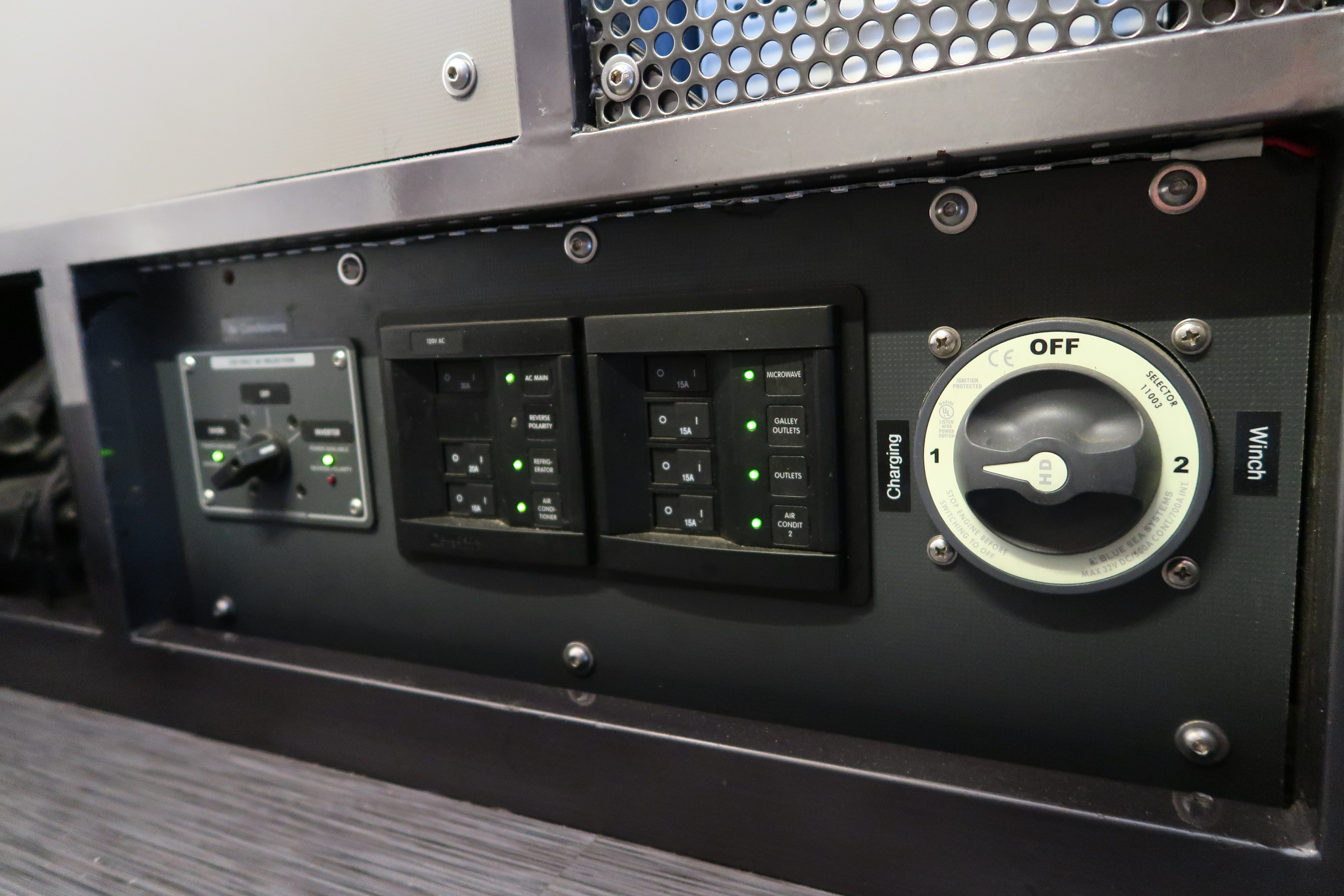 Powering these systems, and the rest of the van’s large array of electronics, are the following components:

It probably goes without saying that this van appears to be in great condition, but the owner backs this up with a collection of maintenance records, manuals, and receipts dating back to the original purchase. The total is in excess of $110,000 USD, which makes the asking price of $60,000 USD seem fairly reasonable, especially when compared to the price of a new Sprinter. So if you’re looking for a four-wheel drive camper van that is ready for any adventure you throw at it, take a look at this Nissan NV before it’s gone.

To learn more, visit the original advertisement on the Expedition Portal forums here.