The Hasselblad is a compact, durable, and exceedingly elegant travel camera.

The dust in the Namib is extreme, a vast expanse of the oldest erg system in the world. We had stopped the diesel 2020 Defender 110 for a moment to investigate a roadside stand of Himba, their handcrafted wares besting anything from Etsy. There were two young boys running around the legs of the table, occasionally peering up at the strange vehicles and even stranger humans. I bought a few bracelets for family back home and then asked permission to take a few images. Crouching down, I shook the hands of both boys and brought the viewfinder of the Hasselblad to my eye. 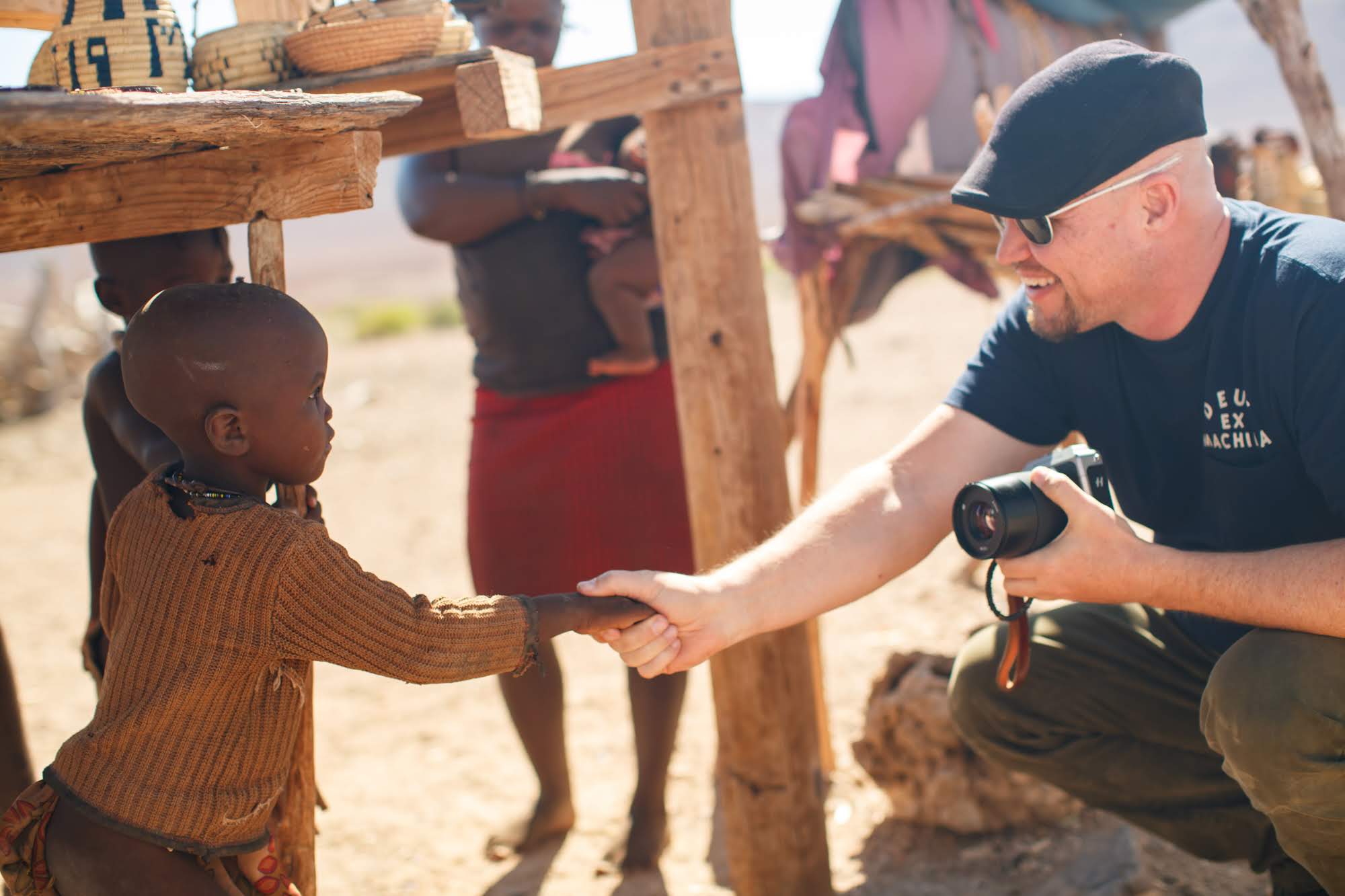 (Image above by Nick Dimbleby)

The heavy leaf shutter fell, and in a moment, a memory was captured. The future king was immortalized in my mind and as an image, and I thanked his parents for their grace . Even as I write this, I acknowledge the great generosity of this family for permitting me to take a photo of their son. 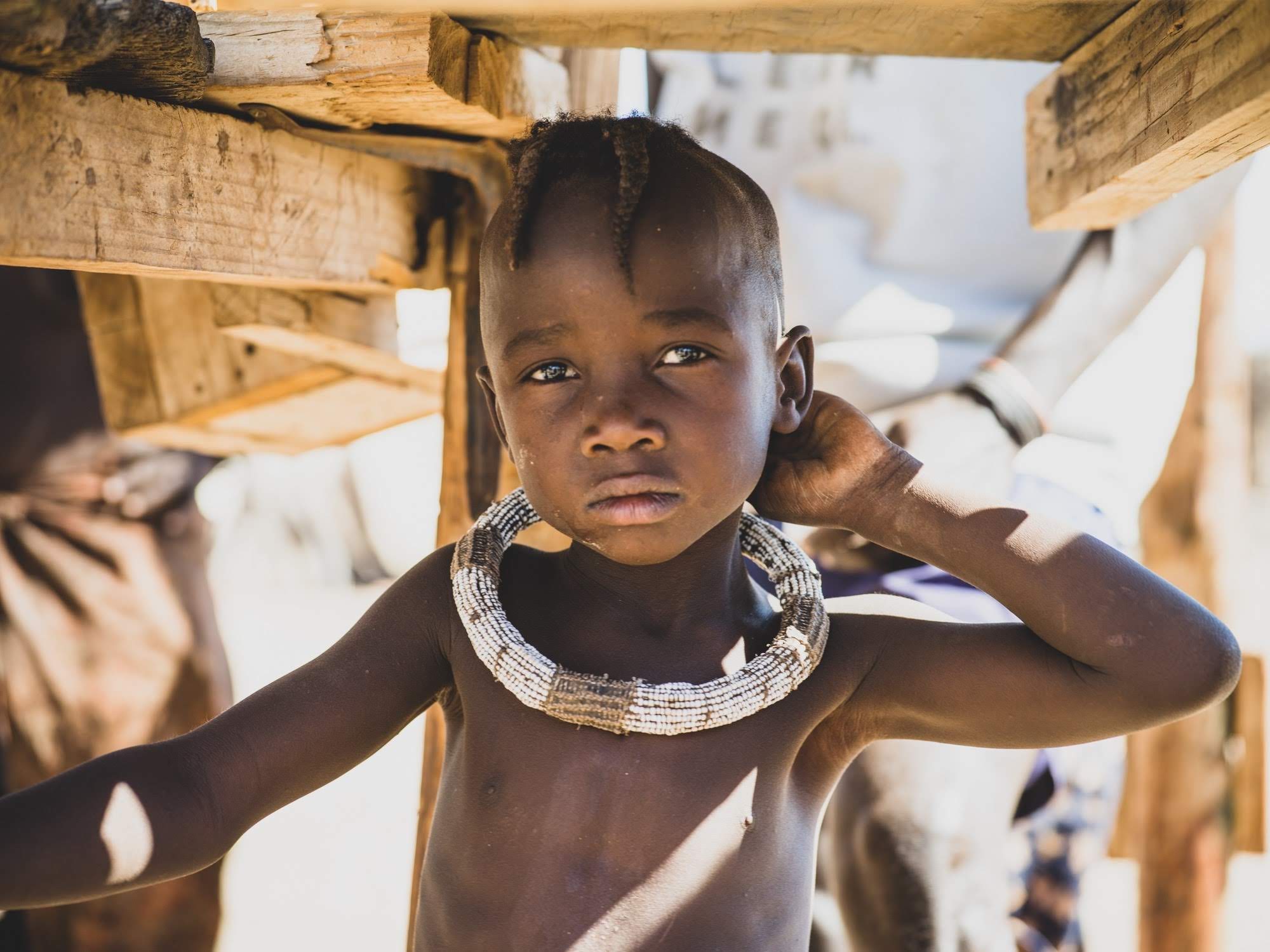 It is these moments that deeply reward the traveler, the serendipitous intersection of privilege and grace, the holding of the breath and the click of the shutter.  Minutes later I stepped back into the Land Rover and drove off toward the Skeleton Coast, the wild shoreline harboring shipwrecks and some of the largest dunes on the planet. For this trip, I had elected to bring along a Hasselblad X1D, a camera I had long admired and wished to test in the field. That opportunity finally came to fruition just before I left for Namibia, when a demo unit arrived with a 45mm lens. Knowing I would want a longer focal length too, I purchased a used 90mm prime.

As a Travel Camera
While the X1D is good at many things, I believe one of its greatest strengths is that of a travel camera. Despite the massive sensor, the body is barely larger than most mirrorless full-frame units, and the lenses are similar in size as well. It is heavy, but that is reflective of the sturdy aluminum construction and handmade (in Sweden) build. The body and associated controls are refreshingly minimalist, allowing the photographer to emphasis the art of the capture, not the frustration of an overly-complicated layout. The rear LCD is brilliant in both display and function, the menus easy and intuitive to navigate. The touch features are useful. The battery is massive, but it needs to be, as the sensor and LCD consumes so much power that the body heats noticeably to the touch. Be sure to bring an extra battery along. 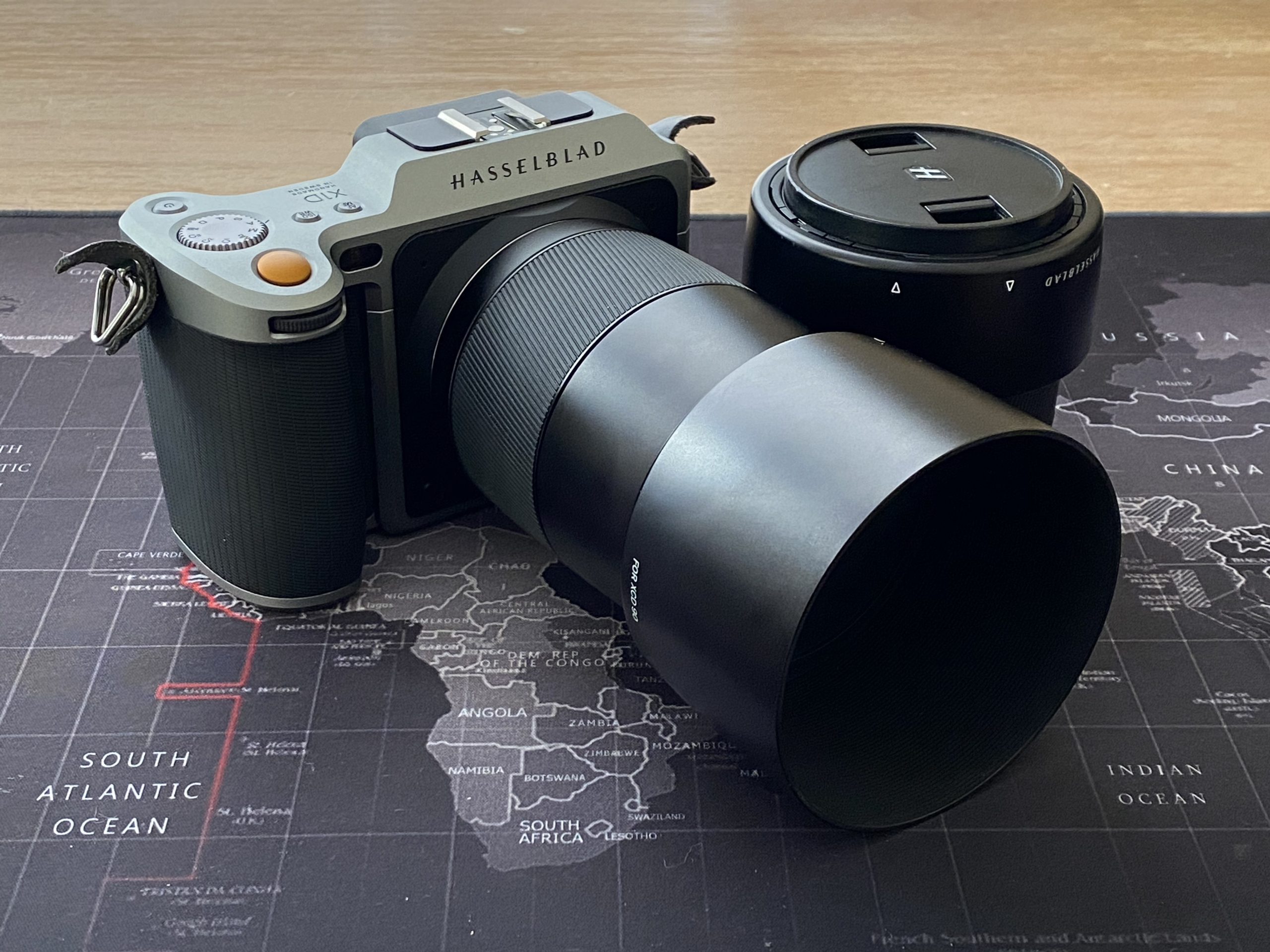 In the Field
Carrying camera equipment on a motorcycle is a challenge, but it is even more difficult on a Scrambler with a single duffel strapped to the rear rack. After my trip to Namibia, Swaziland (Eswatini) was on the short list, including some serious backcountry travel through the dense forests and rocky hillsides of the rugged north. The bike, rider, and camera all needed to endure these conditions. 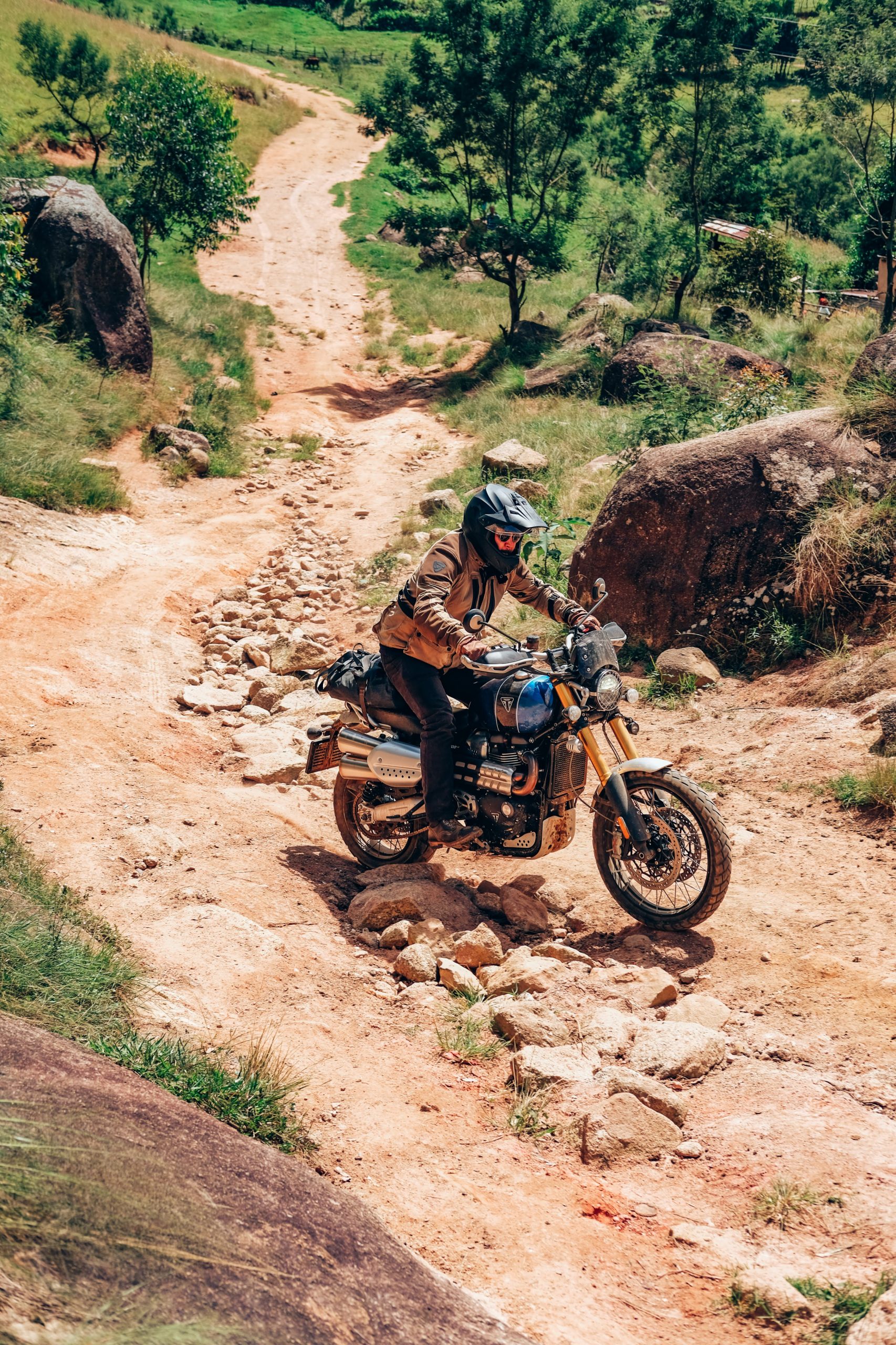 In the field, the Hasselblad was not only durable, but resilient to both trail vibration and heavy weather. I used the camera despite the condition, and it never complained, the body and lenses both sealed against dust and moisture. I also found the Wi-Fi connectivity to the Phocus app on the iPhone to be reliable and easy to use; so easy that I used it regularly for social media posts. The built-in GPS is also a significant advantage to the travel journalist, geotagging the photographs and allowing for detailed location recording of the places those memories occurred.

The challenges I had with the X1D were restricted to the startup time and the delay between images. To photograph fast moving motorcycles was difficult, and required good timing (something that improved with my time shooting the camera). The startup time was particularly challenging as the camera does not really “sleep”, but consumes battery power at high rates anytime the power button is on. This meant turning the camera off after each use, but then suffering the slow powerup while the elephant often meandered out of frame. 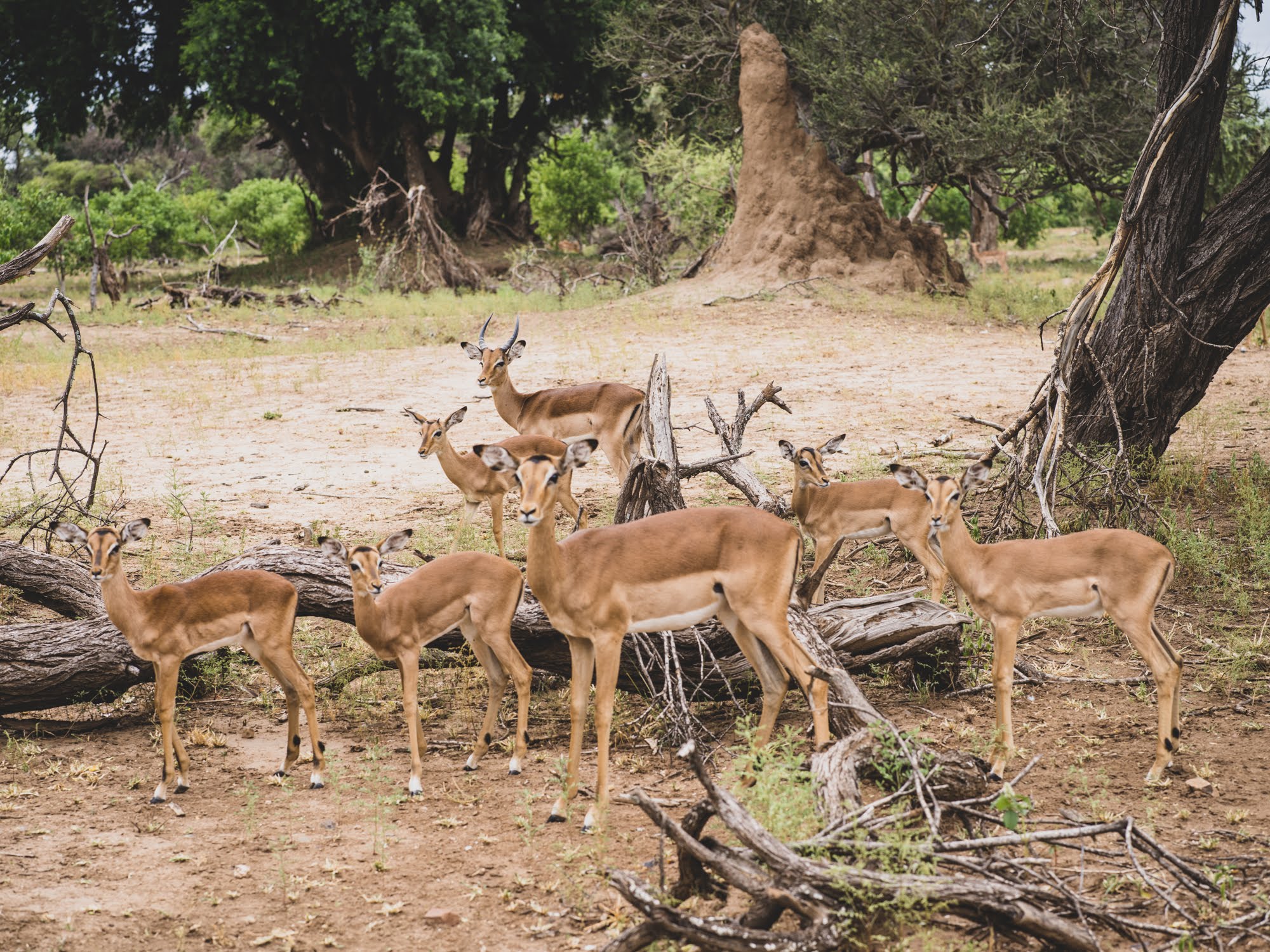 While entering the Mlilwane Wildlife Sanctuary from a rarely used (and rugged) dirt track, we encountered a game warden relaxing with the local priest. We spent some time interacting and discussing our plans of riding motorcycles along roads shared with lions; they decided we were entertaining enough. This gave another opportunity to capture a memory, the Hasselblad powering up, my broad smile covered by the body of this very special camera. My finger found the shutter release and squeezed another memory into my heart. 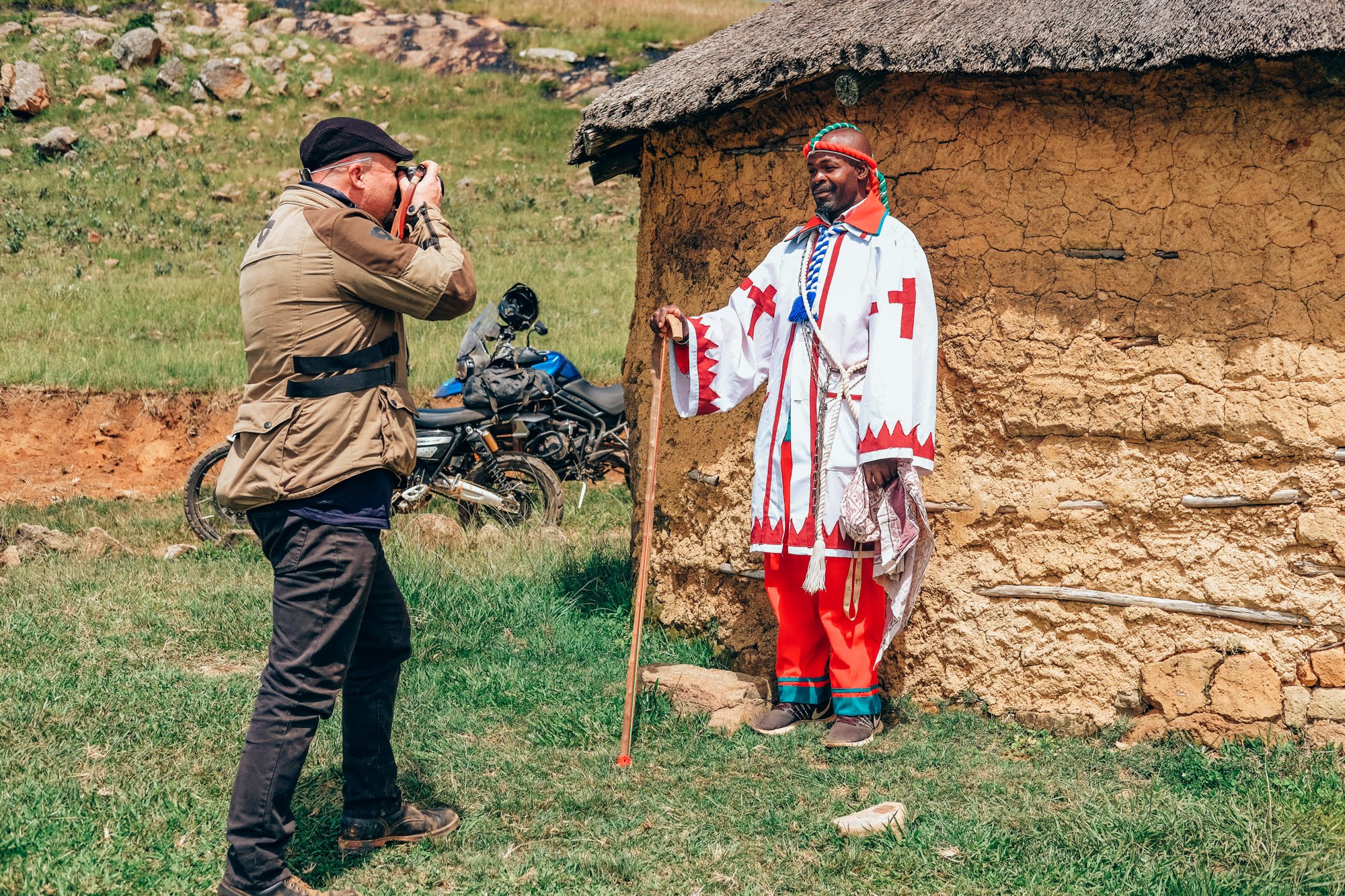 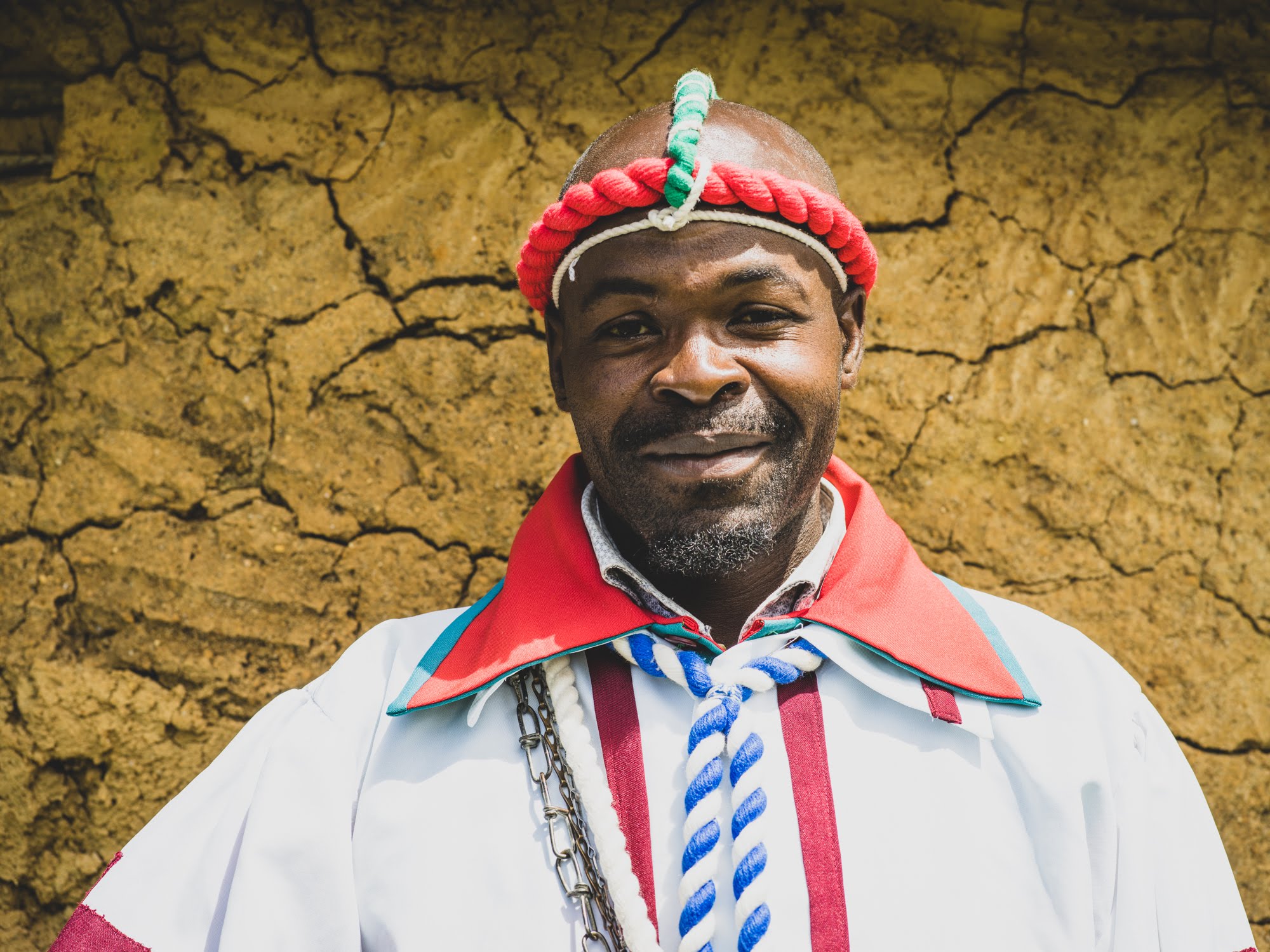 For more information on the Hasselblad X1D
hasselblad.com

Disclosures:
A test camera with 45mm lens was provided by Hasselblad for my trip to Africa. We purchased the 90mm lens used on Ebay. We received no compensation from Hasselblad for the production of this article or review.

Building A Wrangler For Someone Who Gives 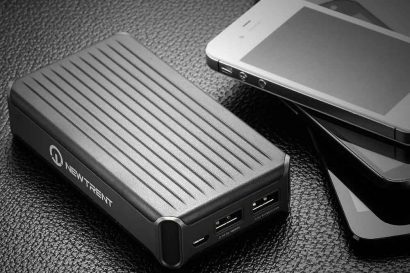 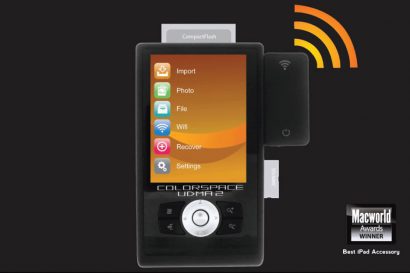 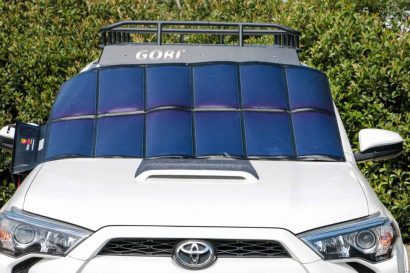