BMW Motorrad USA is collaborating with Backcountry Discovery Routes (BDR) on their newest project in the west, Oregon. The ORBDR brings the total routes created by the non-profit BDR organization to an even dozen. It is the second with BMW as a partner, the first being the Wyoming BDR.

Save the date: February 4, 2023. On that day, the BDR folks will unveil the route via a film premier in Portland, Oregon. Next, it will show at certain BMW dealers. In addition, BDR plans to hold 70 more screenings at dealers and clubs throughout the spring. 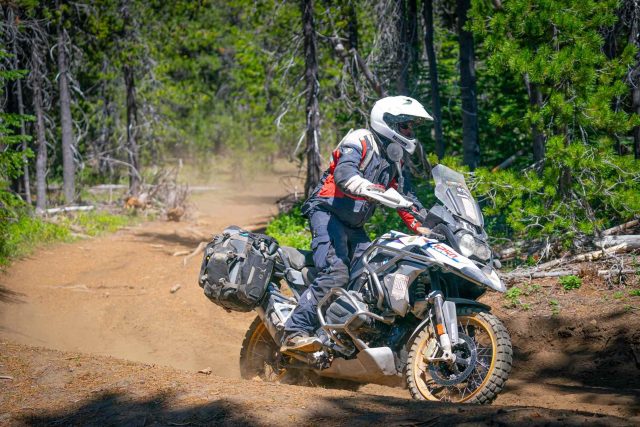 BMW Motorrad celebrates its 100th anniversary this year, plus 43 years of manufacturing its famous GS line of motorcycles. Luciana Francisco, Head of Brand and Marketing, BMW Motorrad USA, noted that, “This is the perfect time to share our passion for the adventure and dual-sport riding communities and show our continued support for the BDR organization and what they stand for.”

Oregon from East to West

The BDR film will follow the first run of the ORBDR by a coterie of project team members, plus riders from BMW, Mosko Moto, and Edelweiss Bike Travel. Watch as the group negotiates the back roads of Oregon from the high and dry southeast to the drippy wet Cascades. The route covers 750 challenging miles of varied terrain. 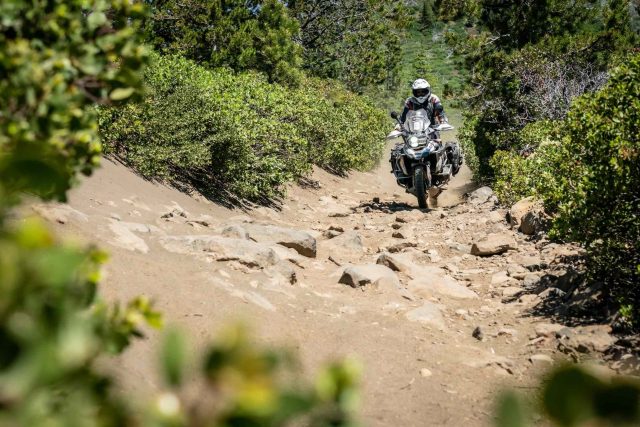 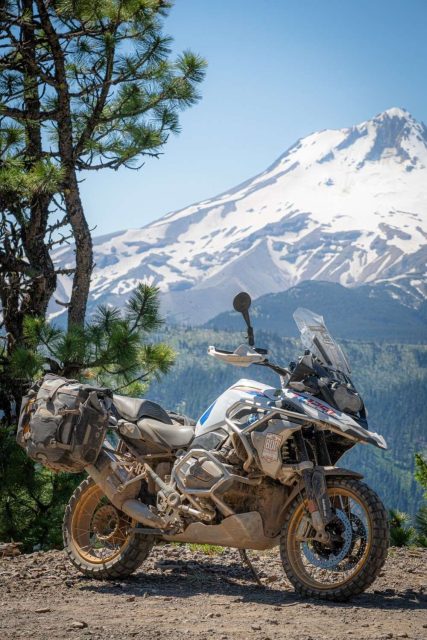 Bryce Stevens, who grew up in the Pacific Northwest and is the Oregon Route Architect and a BDR Co-Founder described the ORBDR as: “…a route filled with natural wonders of the volcanic kind. We designed the ORBDR to show off different regions of the state and keep the route ever-changing. Oregon has vast high desert in the southeast, sparse pine forests in the central part of the state, and densely forested mountains in the Cascade Range. It almost feels like three BDRs packed into one.”

Ricardo Rodriguez, Lead Motorcycle Instructor at BMW’s U.S. Rider Academy in Greer, SC, Represented BMW on the inaugural ride. After graduating from the BMW International Instructor’s Academy, he became an instructor there. Rodriguez has taught numerous types of motorcycle skills and safety courses for the past 13 years. 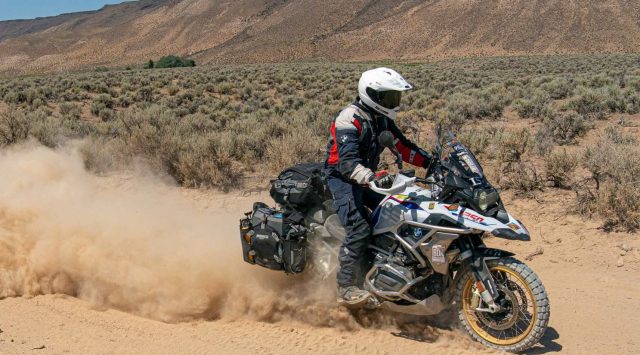 Luciana Francisco summed up the feeling of the entire BDR community this way: “We look forward to both new and experienced off-road enthusiasts being inspired by the scenic routes of the ORBDR.”

Find a nearby screening or visit the BDR website to view the trailer for this exciting film. It’s winter now, what better time to plan next summer’s ride?

Arden’s first motorcycle was a Yamaha Enduro, obtained while in high school. It set the stage for decades of off-pavement exploration on dual-sports and adventure bikes. Camping in the middle of nowhere became his favorite pursuit. As a former whitewater river guide and National Park Service seasonal employee, Arden believes in wilderness, wildlife, and being kind to the earth. A self-taught writer who barely passed English classes, he has contributed adventure stories and tested motorcycles and accessories for Rider Magazine and other outlets for nearly 30 years. In that time, he’s worn out two KLR 650s and is currently following the road to the middle of nowhere on his Ténéré 700 and an aging but reliable DR-Z 400S.