I remember Dave Soza leading me from the Tern Overland office into the workshop where he grabbed a scrap piece of composite material as well as a hammer. Placing the panel on the concrete slab between us, he began striking it, repeatedly, clearly putting some serious effort into the demonstration.

He turned to me, heart rate elevated from his effort, and smiled as we examined the material. Despite some superficial indentations, it was largely unharmed despite his efforts. “We’re designing an ultralight truck camper out of this”, he said, with a clever smile flashing across his face. 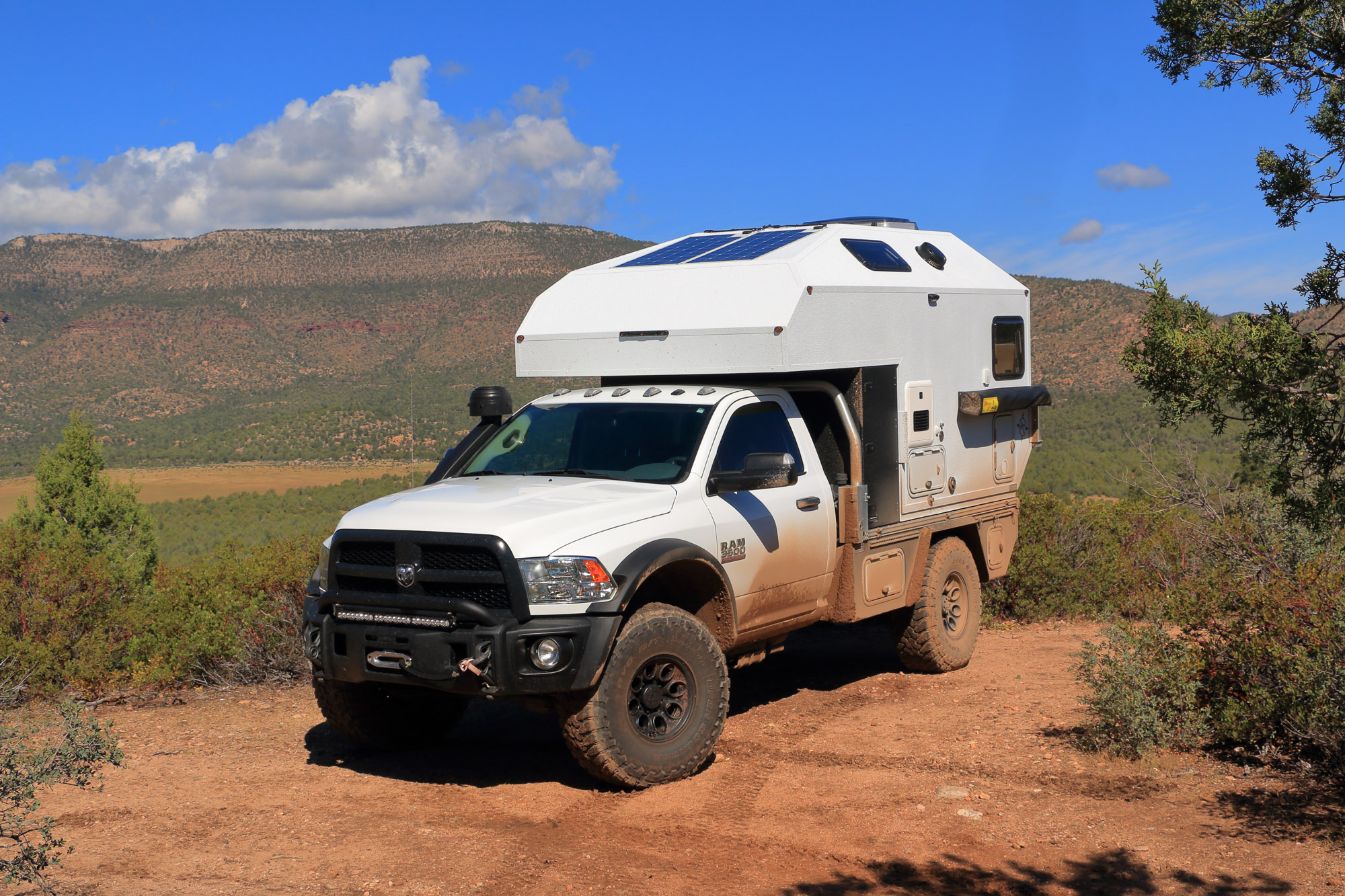 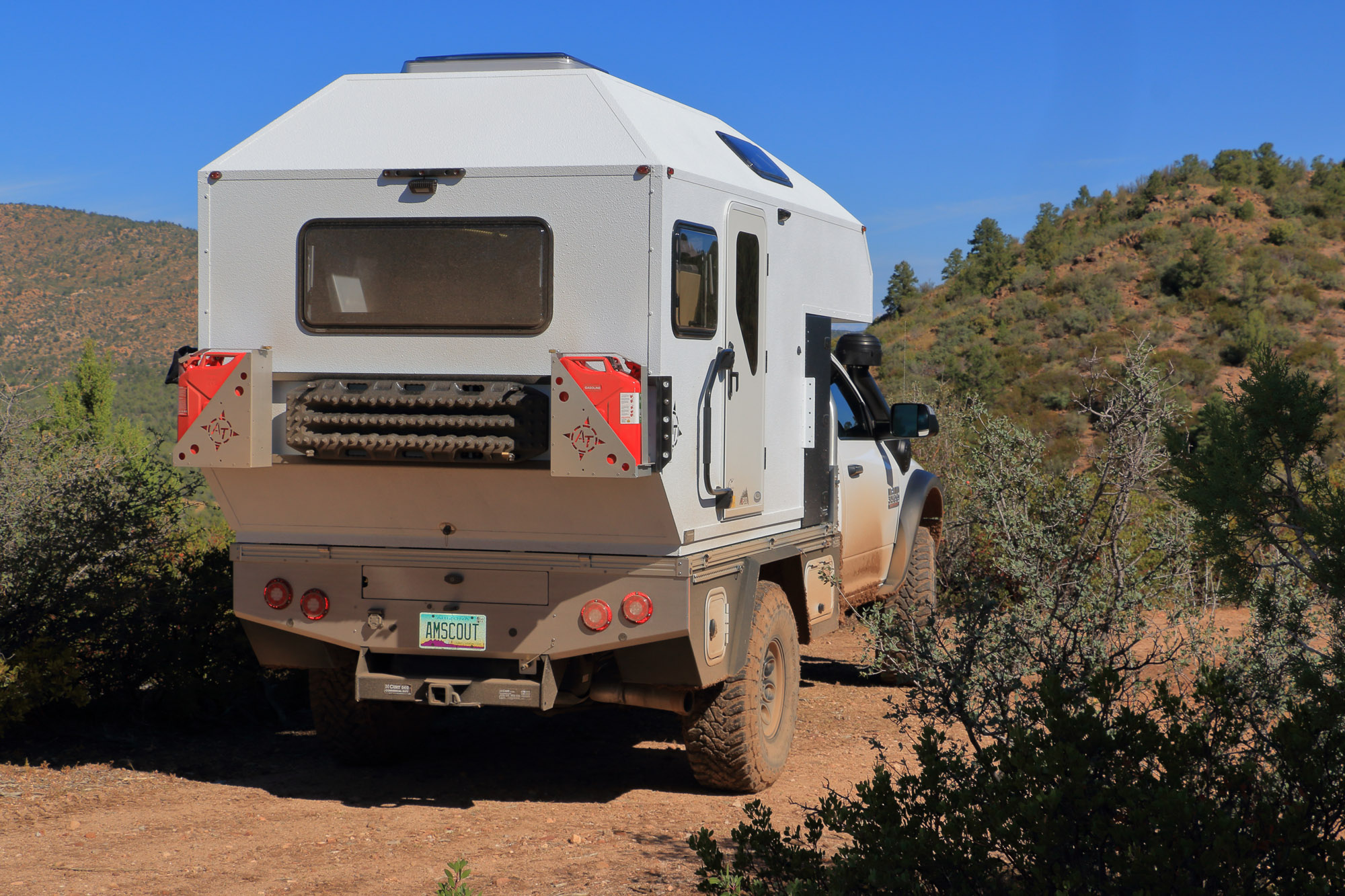 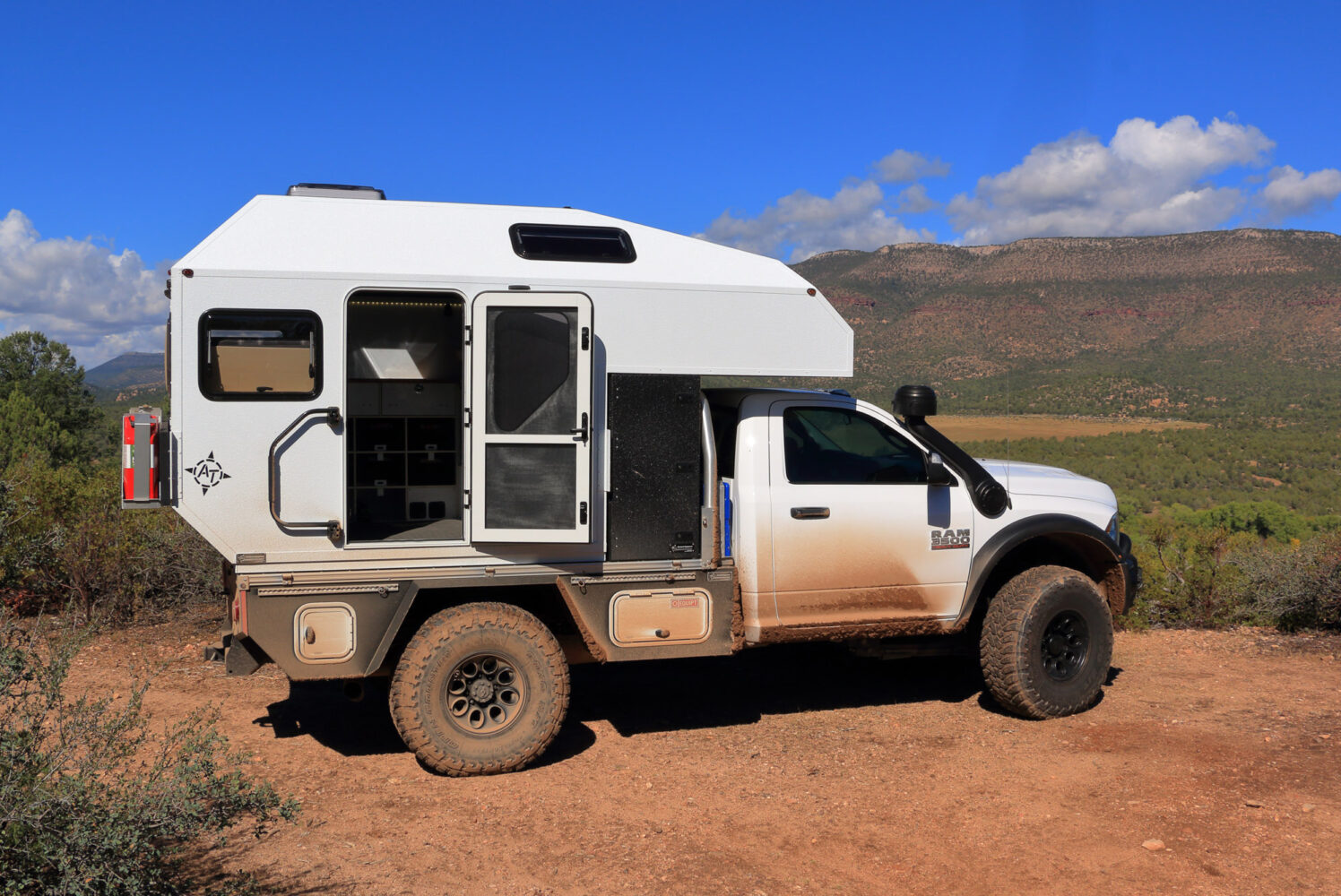 The Aterra XL flatbed camper is a collaborative effort between two household names (and leaders) in the overland industry: Tern Overland and AT Overland, both based in Prescott, Arizona.

The engineering behind this project was spearheaded by David Soza, the founder of Tern Overland. David is an individual with decades of experience in the world of fabrication and custom automotive projects. He’s been designing unique projects since the 80’s when he traveled around the country in a Honda civic. That experience inspired his first expedition vehicle which subsequently went on to compete in Four Wheeler Magazine’s Top Truck Challenge where it won the category of best engineered.

But designing a camper and manufacturing them are two different prospects, and this is where AT Overland comes into the picture. AT is a well-established outfit, with over 20 years of experience building expedition-grade equipment for overland travel. They’ve won awards for their other products which include the AT Atlas, AT Summit, and AT Habitat campers. The ATerra XL will be their first flatbed offering.

Regarding Tern’s collaboration with AT Overland on the Aterra XL project, David had this to say:

“AT Overland has a long history of excellence in manufacturing, innovation, and customer support. Through our partnership, AT Overland will be exclusively building and offering the innovative Aterra camper.”

At its core, the ATerra flatbed camper is a 61,000 cubic-inch living space constructed from coated honeycomb composite material (remember the hammer test, above?). It features Arctic Tern double-pane windows and thermal air exchange which deliver maximum thermal efficiency and provide comfort in both hot and cold environments. 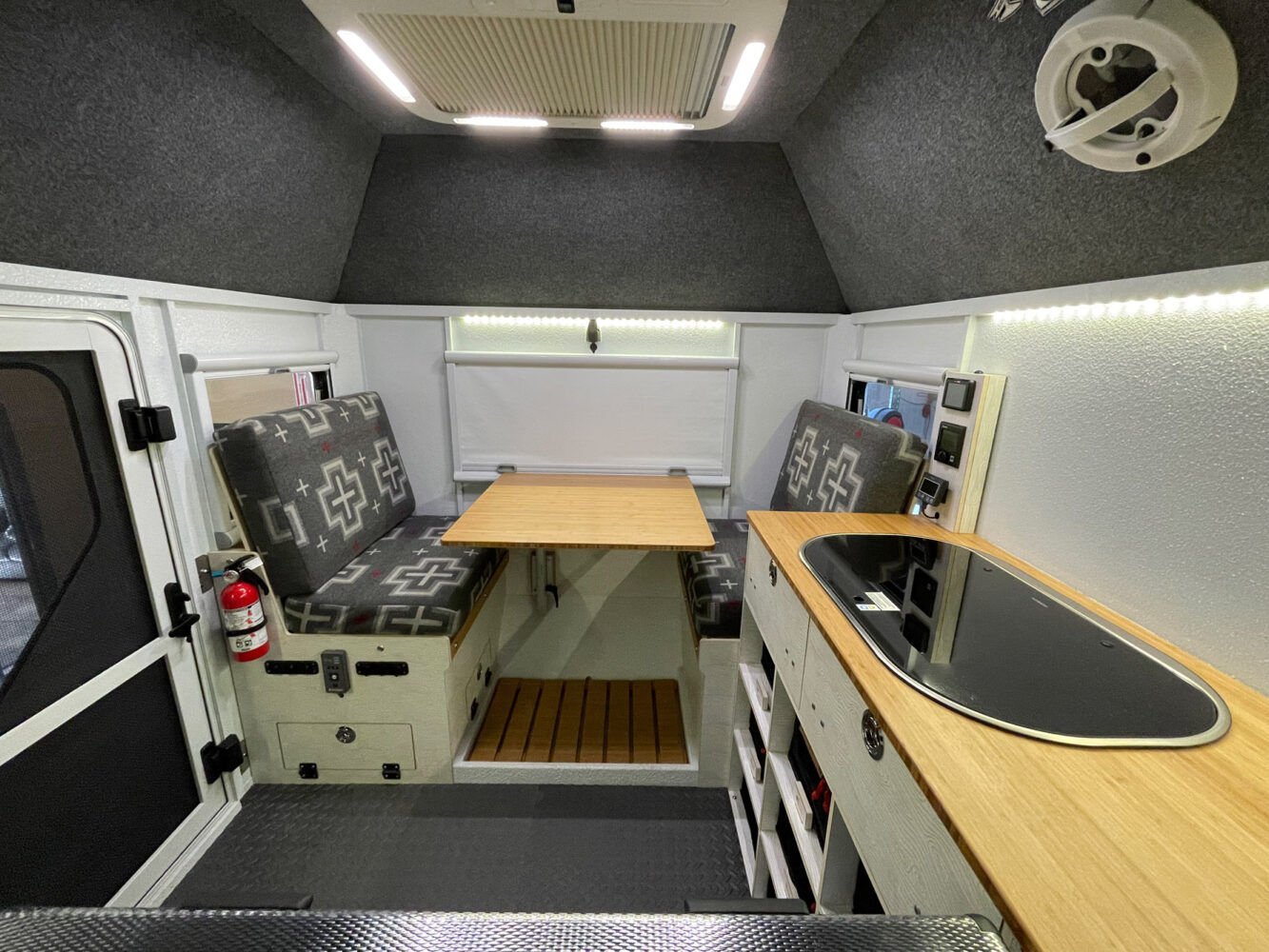 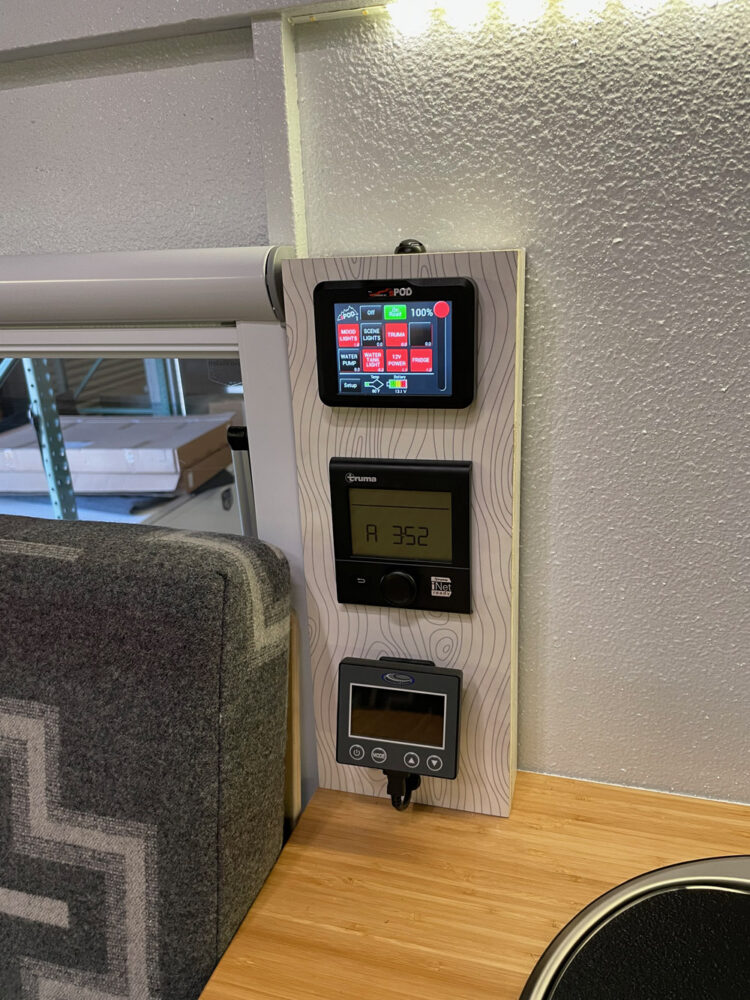 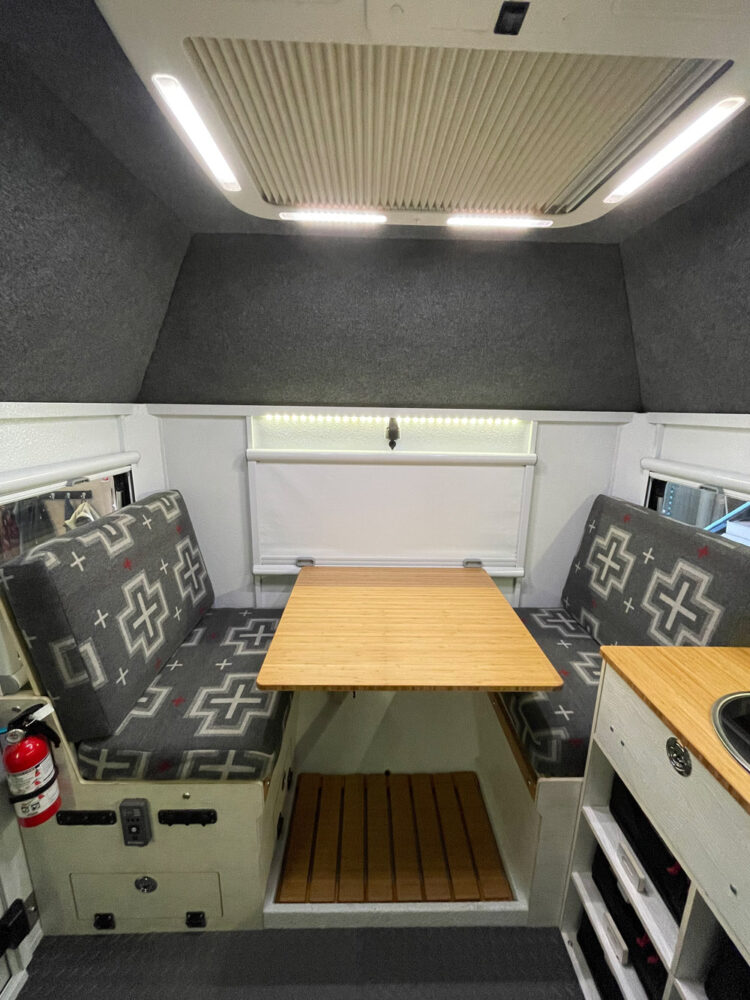 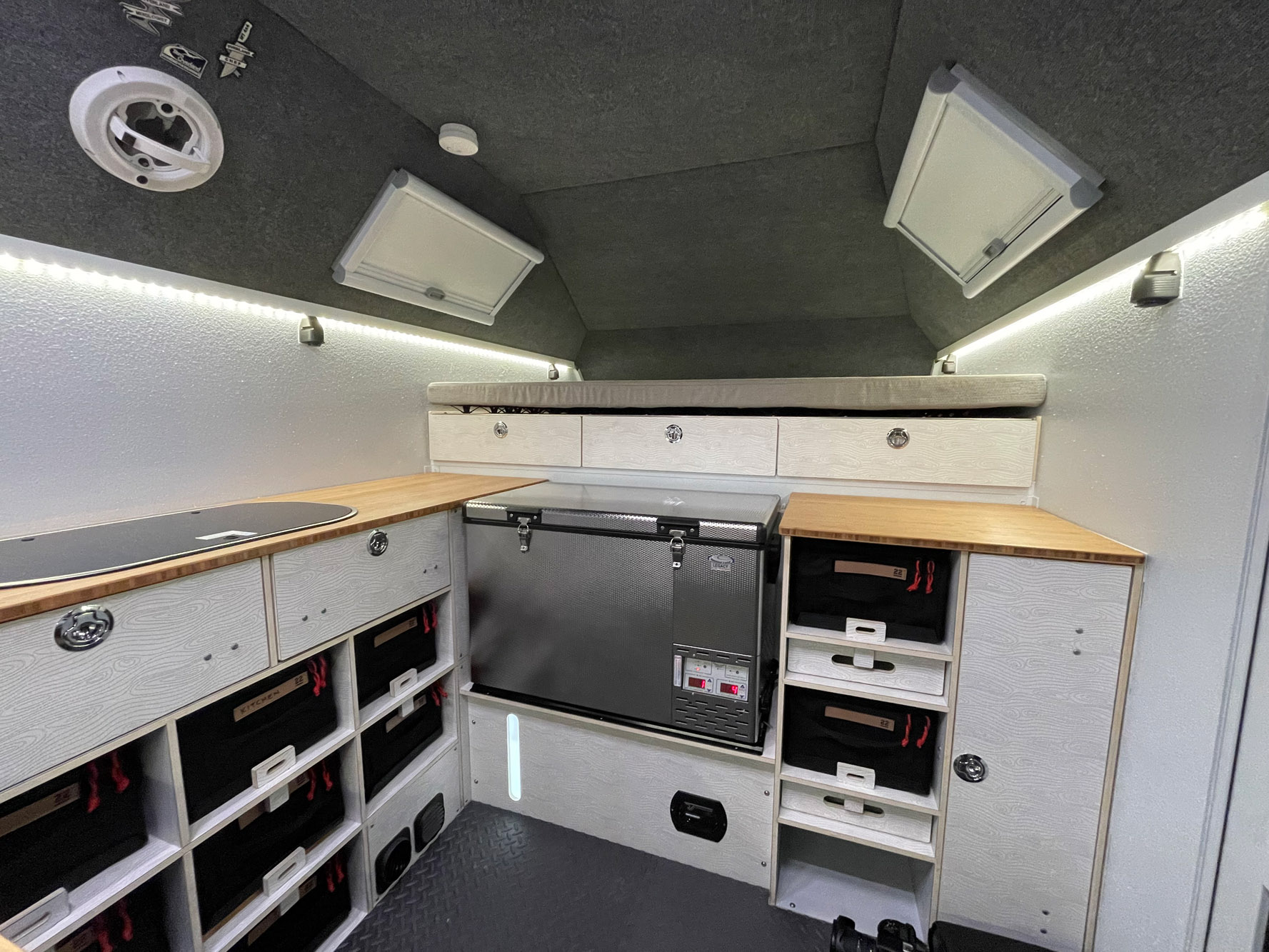 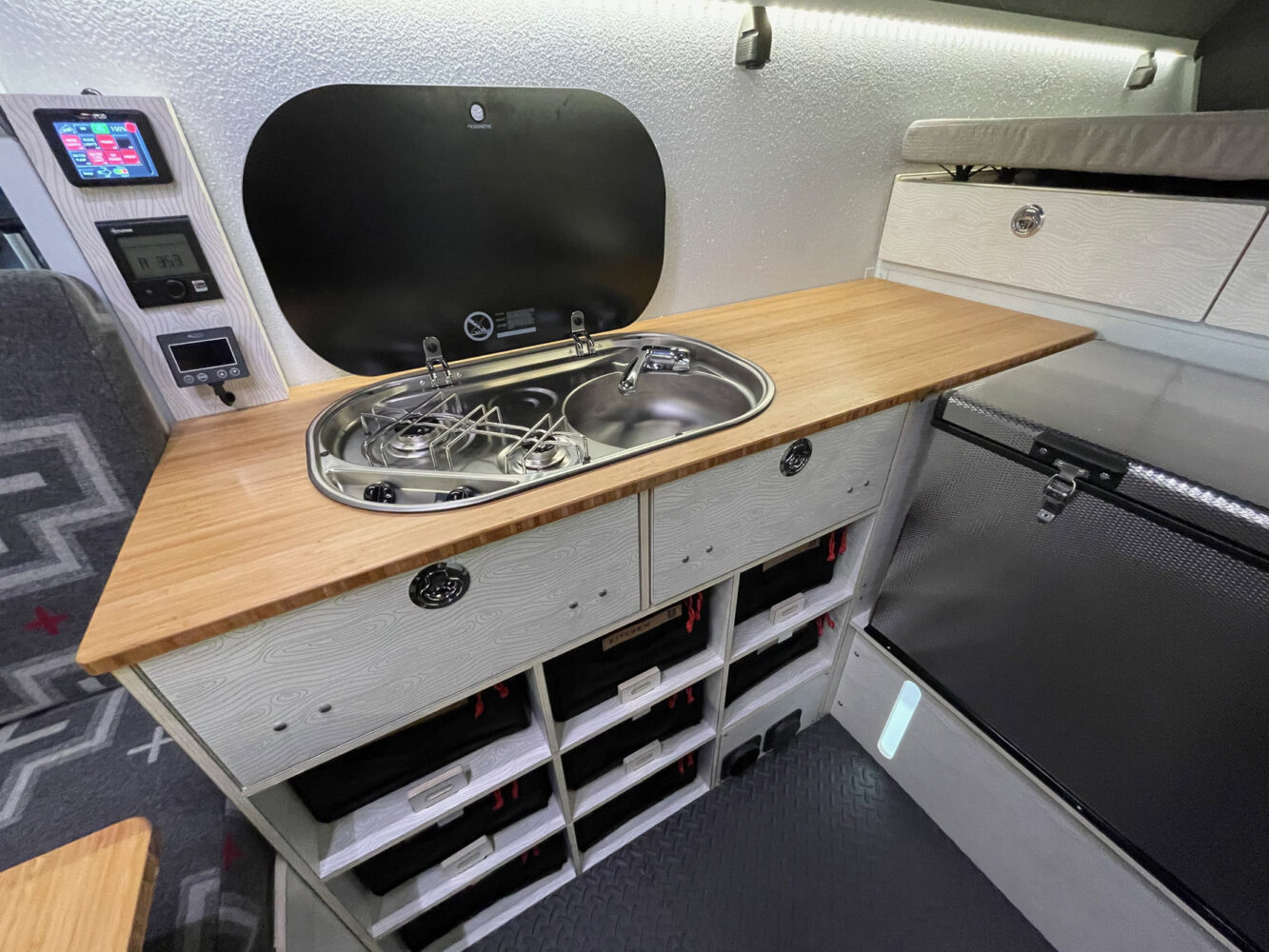 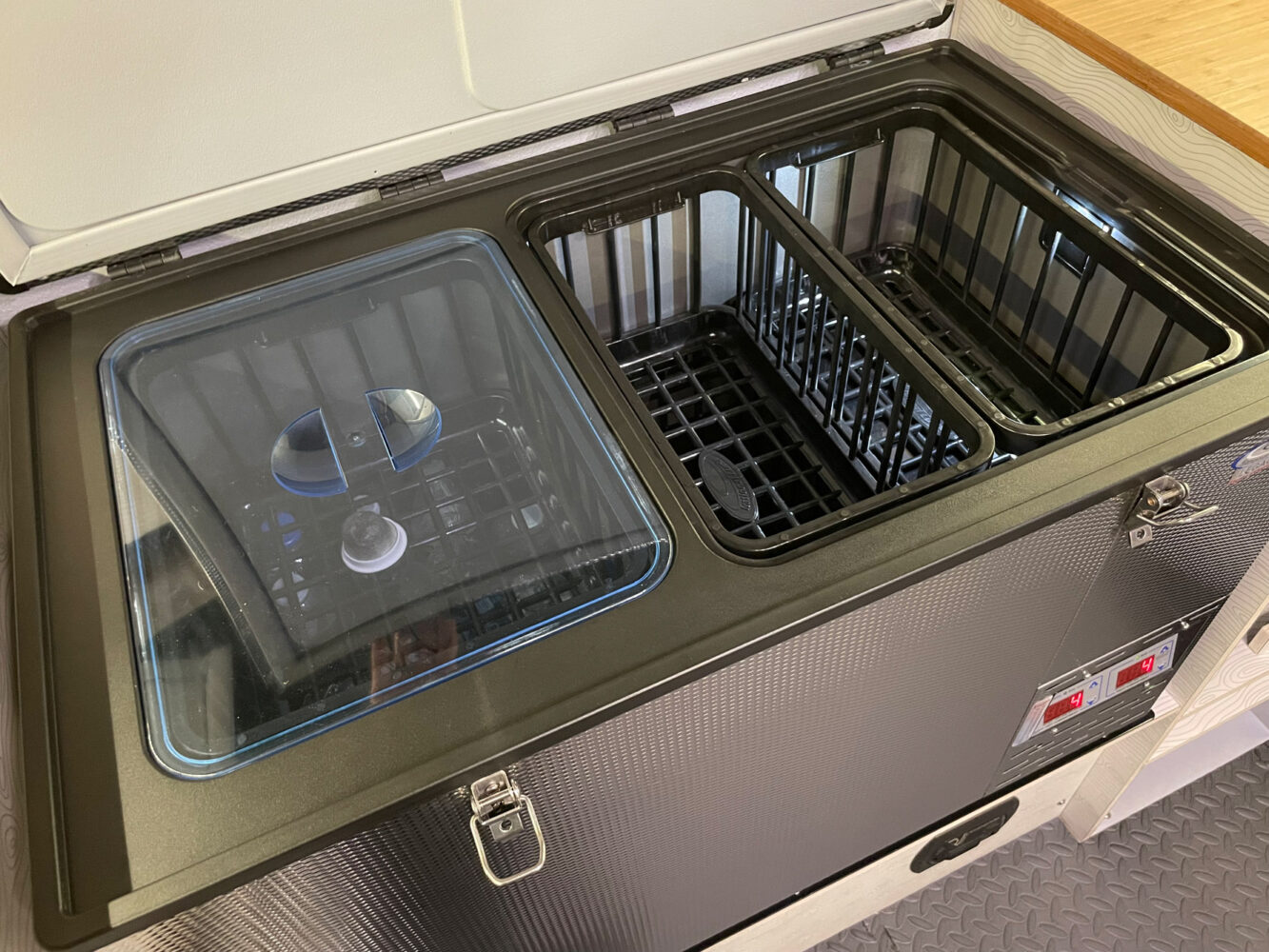 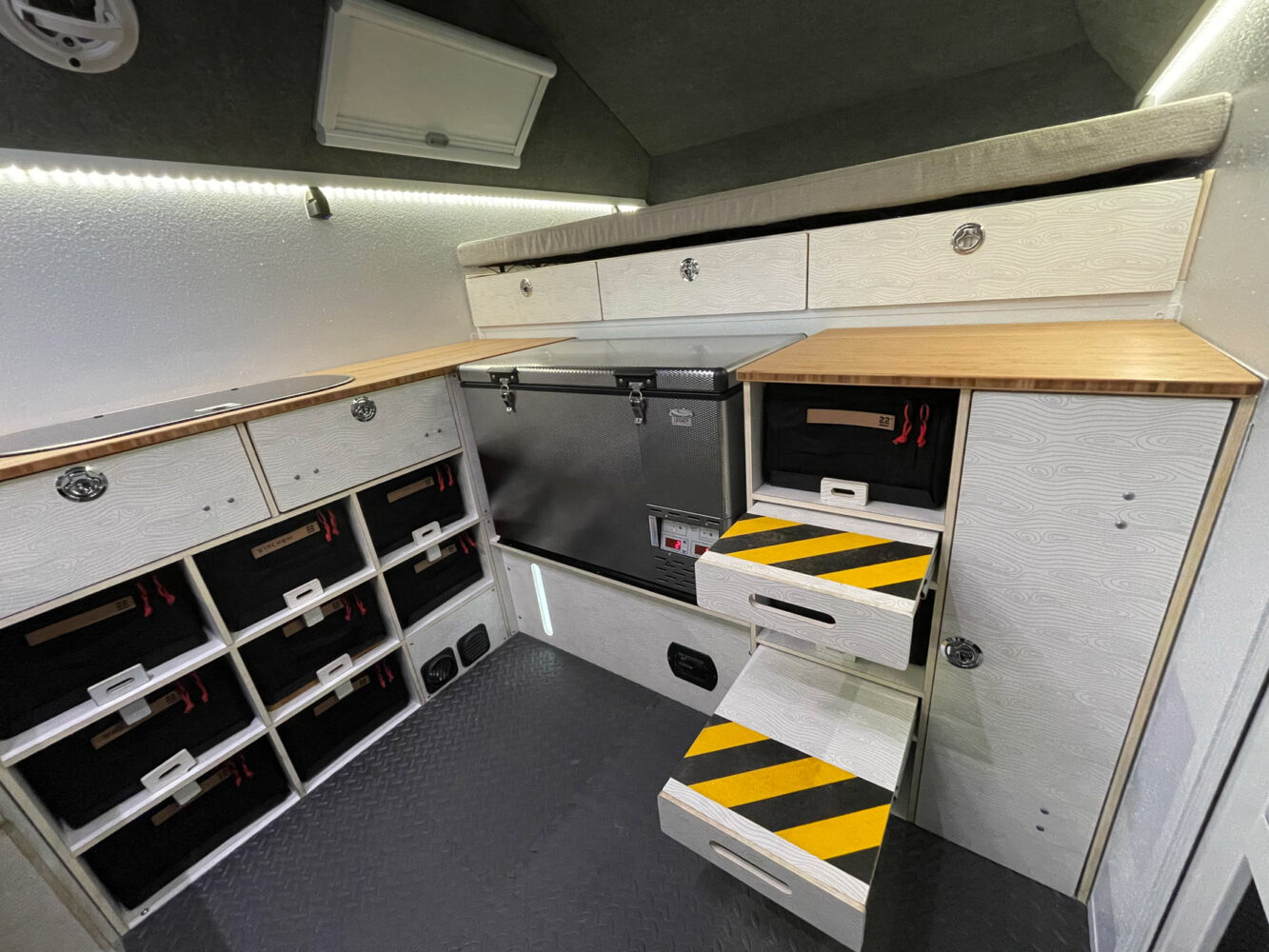 The Aterra features appliances from leading brands in the industry including Truma, Dometic, National Luna, Wrappon, and more. It has all of the systems that are needed for extended travel and features a 20-pound propane tank, 30-gallon fresh-water tank, 105-amp-hour lithium battery system, and 400 watts of roof-mounted solar panels. A king-sized bed, awning, mechanical jacks, and additional battery capacity can be added a-la-cart to provide additional comfort and function.

“The Aterra XL is the lightest-weight, fully-equipped camper in its class that you can buy, period,” explained Mario Donovan, founder and President of AT Overland. “We are super excited to introduce it.”

Learn more about the Aterra XL on AT Overland’s website.