As the first solid axle model vehicle ARB Engineers tackled for skid plates, the Jeep Wrangler JK presented many new issues that needed to be overcome. Among those, the skid plates panel had to mount in such a way that it allowed full movement of the front axle and all of its locating components during suspension cycling. Next it had to allow for the many different suspension systems and aftermarket control arms available on the market for this popular vehicle.

Being the longest skid plate panel manufactured so far, this panel is designed to virtually cradle the entire engine oil pan on all sides, providing the maximum amount of protection while still allowing access to the engine oil drain plug. Toward the rear of the panel the surface area was kept as narrow as possible so as to allow for the fitment of aftermarket long arm kits.

To support the panel, a new cross-member has been developed that bolts between the two engine mounts. Special attention had to be paid to the design to allow the front suspension control arms to travel up fully (under suspension compression) in an area that was very compact and didn’t allow a lot of freedom in design. In addition to engine oil pan and transmission protection, the Jeep also has a vulnerable charcoal canister (part of the vehicle emissions system) that hangs low towards the rear of the vehicle for which a separate skid plate panel has been developed. 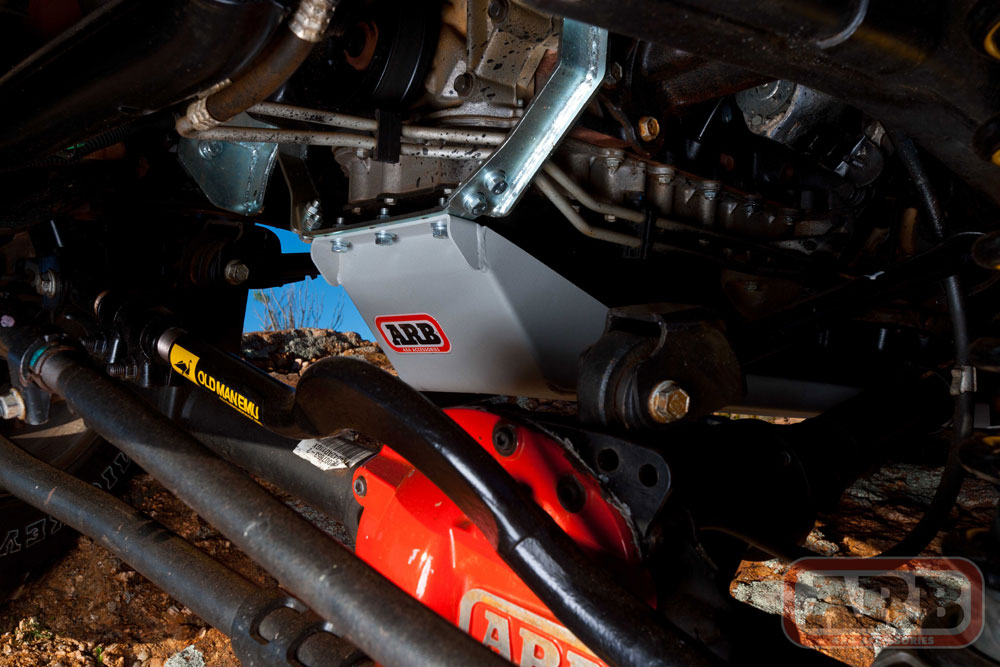 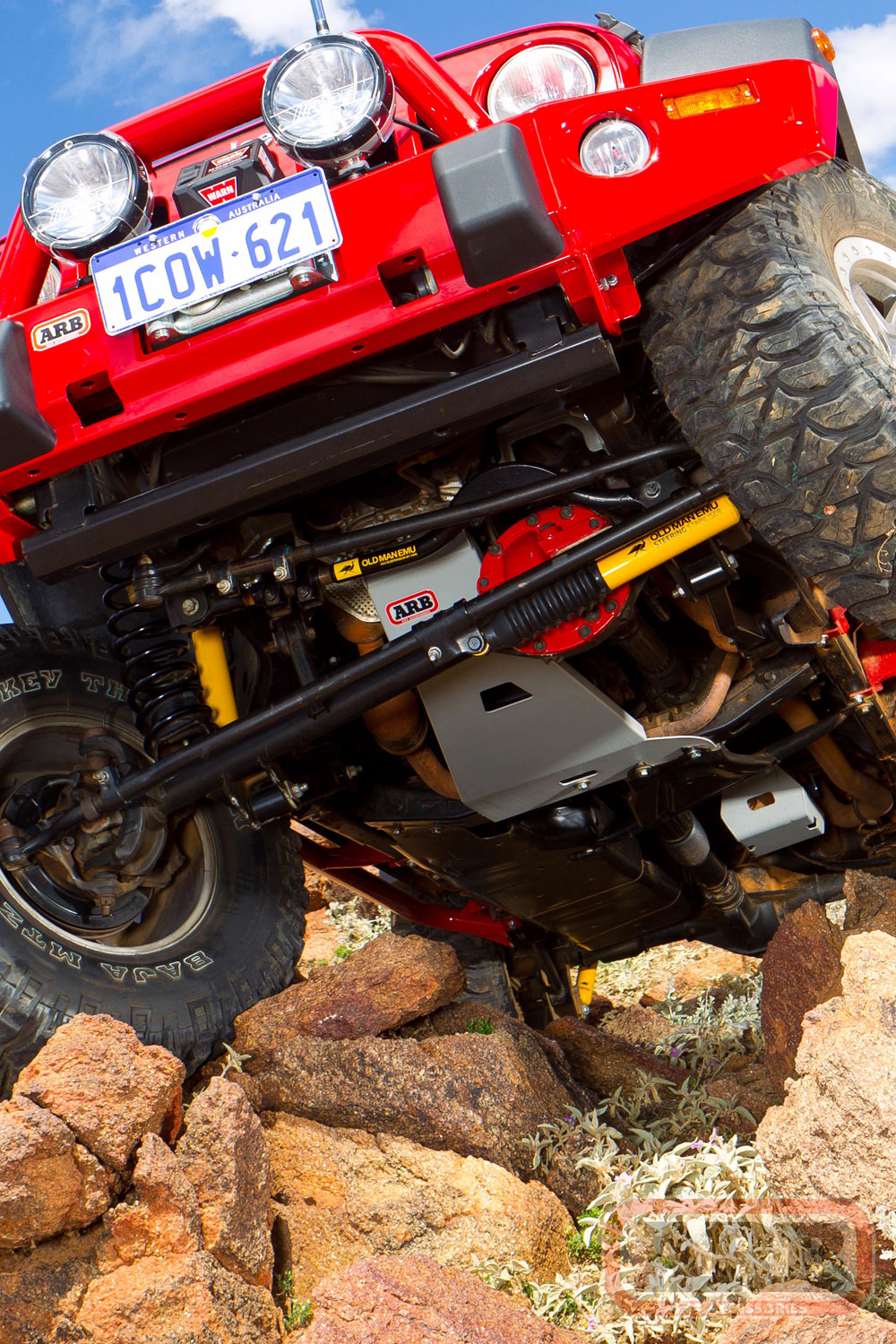 Developed with extensive field testing, ARB skid plate panels give protection to vital underbody components with vehicle specific models protecting steering, engine oil pan, transmission and transfer case where applicable. Panels are easily removed for vehicle servicing and where practical, include access to oil pan drain plugs. Each panel has recessed mounting bolts in vulnerable areas to ensure ease of removal even if the panels become damaged from severe off road service. Skid plate panels are fully compatible with all ARB products such as Bull Bars, Side Rail & Steps, Airlocker and OME.