In case you haven’t already spotted it, Jonathan Hanson, a co-founder of the Overland Journal and now co-director of Overland Expo, writes an excellent blog called Overland Tech & Travel.

He recently posted an in-depth article on airing down, in which he explains the ins and outs, as well as reviews the most well-known tools to help with the job. He covers, among others, the ARB E-Z Deflator (a valve core removal tool coupled with a pressure gauge), a set of second generation Staun deflators, and the Mil-Spec deflator from CB Developments.

Both the Staun and CB Developments deflators screw on to the tire valve and stop deflating at a predetermined pressure. The cutoff pressure for the Stauns (they come as a set of four for about $80) has to be set using a tire inflated to the desired cut-off pressure (from 3 to 50 psi). The CB Development deflators (sold individually for about $100) can be dialed in to the desired pressure directly (from 10 to 20 psi). He covers deflators by Trailhead as well.

The article is well written and the products sound like they were well tested.

Photo: Airing down on our way to Laurel Lakes, near Mammoth, California

By day, Nik Schulz creates illustrations and infographics for the country’s top magazines and ad agencies (L-Dopa Design and Illustration). By night he blogs about his twin passions, vehicles and adventure travel, on both the site he founded, West County Explorers Club, as well as on Expedition Portal. He’s based in western Sonoma County, California, where he lives with his amazing girlfriend, Natalie. Together, and with friends, they explore the west in Nik’s modified Mitsubishi Montero. This summer they will live and work from a sailboat while exploring the Pacific Northwest’s Salish Sea. 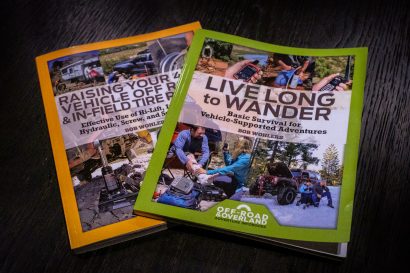 Build Your Skills With These Off-Road & Overland Adventure Books 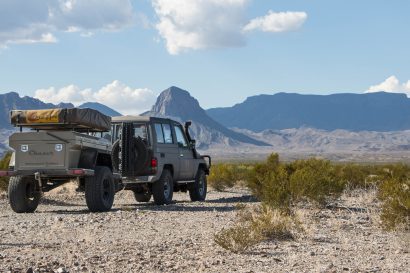 Is an off-road trailer really for you? 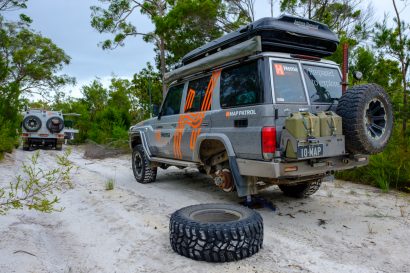 The Overland Vehicle Inspection Checklist You Should Be Completing