American Expedition Vehicles (AEV) is well known for producing tasteful four-wheel drive accessories and upgrades with an OEM-level of quality. Their offerings span from wheels and suspension systems to turn-key vehicles and motor swaps, but now they’re applying their focus to the lighting market with the 7000 Series Off-Road light.

The 7,000 is designed with the overlanding community in mind, featuring a hybrid beam pattern for long-distance visibility, shoulder illumination for hazards like unpredictable wildlife, and an aluminum housing designed to endure a lifetime of abuse. AEV tested the lights to an output of 9,900 raw lumens and 8,000 eLumens. This eLumen rating is more realistic, and factors in real-world electrical, thermal, and optical losses as opposed to the theoretical lab-produced lumen count used by many manufacturers.

Each 7-inch light is shrouded in a cast aluminum housing and bezel with a Lexan 123R lens. They pass IP69K rating requirements, which is the highest ranking on the Ingress Protection scale for shielding against the intrusion of water, dust, and dirt. They’re also shock tested for additional safety, and then mounted on vibration-reducing brackets which improve the longevity of the lights and reduce the micro-movements of the beam pattern on the road ahead.

Pricing is set at $999, and you can learn more by visiting the AEV website here.

Retracing the Butterfield Route Across Oklahoma

The VW Multicamper Is the Modern Westy You Actually Want 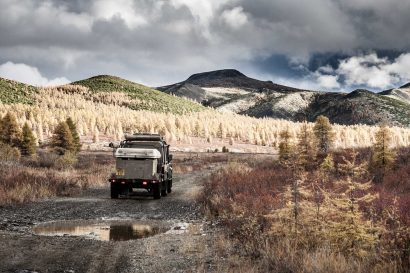 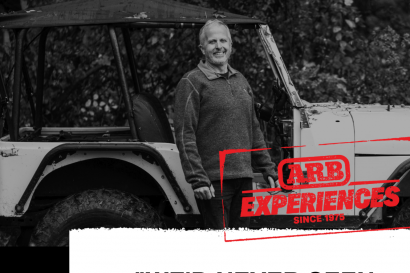