Many would not consider taking a Subaru down the Mojave Road, the famous track in California, but alas, I did. A few weeks ago a group of us headed out for a fast run of the Mojave Road. We traveled light with only 4 vehicles, a Discovery II, a Range Rover Sport, a 4Runner with trailer, and a Subaru Forester.

We made an early morning dash for the boarder and passing through Laughlin we stopped for a quick snack down by the Colorado River before airing down and hitting the Mojave Road. While the morning proved to be reasonably uneventful, I had the opportunity to begin to understand how capable the Subaru actually is. I discovered the one downside to this trip, I had to drive slower than the Subaru’s potential due to the other 4wds. 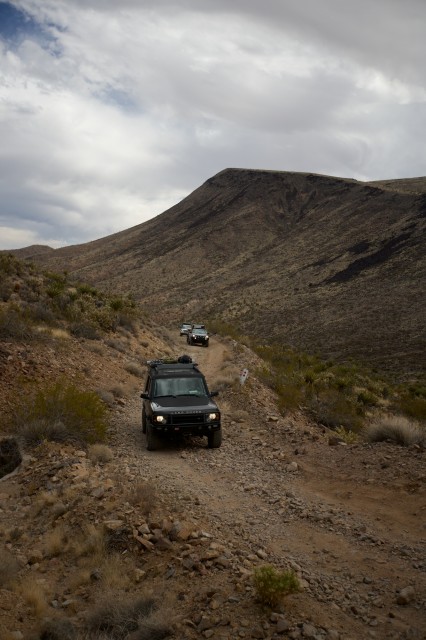 After passing one or two obstacles, and stopping for a roadside lunch, we came to a mountain pass, a slow rocky climb that required a bit of careful driving. The Subaru jumped to the front of the pack as a bit of extra pace was required to make the rough ride a bit more comfortable. We made good time heading up the pass, and I even had to wait for the others to catch up at one point so I could take a few photos. 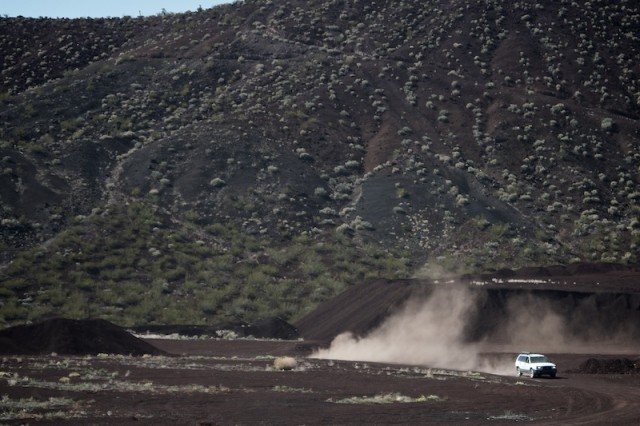 The rest of the afternoon was reasonably uneventful until we hit camp. We camped that night at the Penny Tree, a great little campsite just off to the side of the road. We made one oversight for the night, lack of firewood! With a long night ahead and a serious fire bug in the group, me, this was problematic. We decided to do a run to the nearby campsites to see if we could find any left over wood. The best thing about this was that I now had the Subaru, no other cars to contend with and I knew the roads that we were driving on. Needless to say I had a bit of fun, we went back as far the bus but didn’t find anything useful. 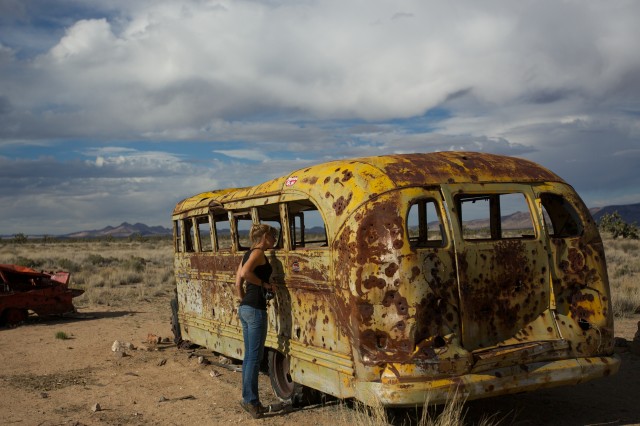 Much of the evening was spent with cameras in hand. With four people out of the nine having cameras they wanted to play with, it was guaranteed we’d get some fun images of the weekend. The night was very relaxed as we knocked back a couple of White Russians and a few rums while sitting around the fire, albeit a small one, and talking smack. 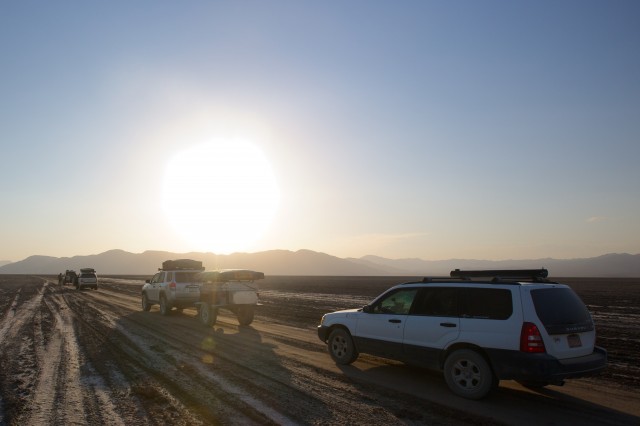 Saturday saw a reasonably slow start to the day, getting up and having a light breakfast before making our way to Kelso Depot. This was the section that tested the Subi the most. We hit a small section of downhill that had even the most capable of the vehicles lifting wheels in the cross ups. The Subaru, while it has as much flex as a steel beam still just meandered down these tracks, lifting wheels all over the place. I found that due to the cars lightness it was still controllable without the addition of low range.

Stopping to get out of the car for a bit, I had my first sighting of a rattle snake. While he only seemed like a little fella it was still pretty cool, and yes I did just call seeing a deadly snake cool. Kelso depot was not the most exciting place to stop for lunch, but it was good just to chill out for a while.

After Lunch I again got to let the Subaru loose, with a long straight track that ran along an old phone line, with the track running just a bit wider then the car it was very invigorating to have the bush running past so closely. Both my co-driver and myself had a run at this section, which would have been about 15 kms total of almost straight track. 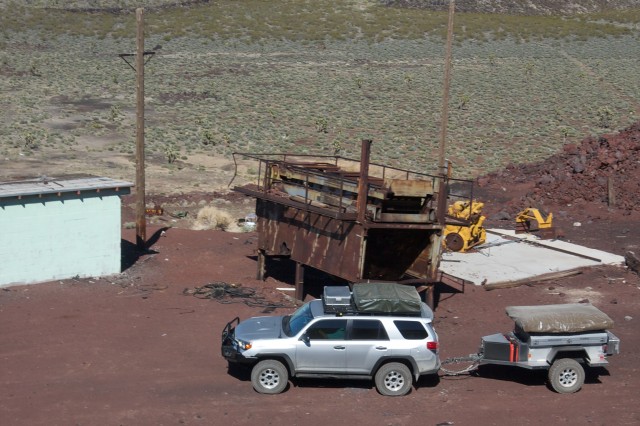 We also headed to an abandoned mine later on that afternoon which allowed for a bit more fun again; with large open areas with a nice loose surface there wasn’t much that you couldn’t do. And to be honest the Forester lapped it up and loved every minute of it. 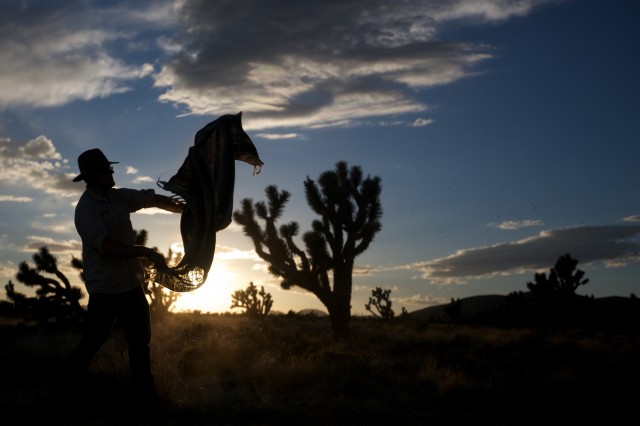 The intention for that night was to sleep on the shore of the Soda Dry Lake and cross at sunrise to get photos on the lake with the first light of the day. However when we arrived we found that a strong wind had blown up and we were unable to find any suitable protection from it. We abandoned our original plan and crossed the lake. On the other side we found a slightly sheltered campsite, however as the night drew on it did not make much difference and we were continually battered throughout the night.

I left bright and early the next morning as I had to make it back to Prescott in time to leave for Moab around two that afternoon. Overall I had a great experience on the Mojave Rd and would do it again in a heartbeat if I could find the time. The Subaru performed admirably and not once did I feel it was in over its head for the terrain. In fact in most places it was perfect. 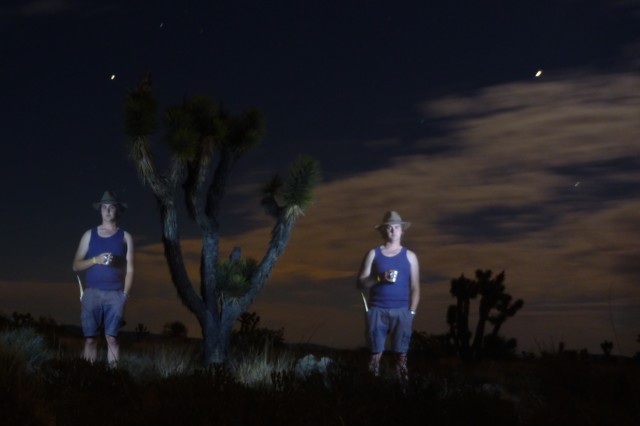 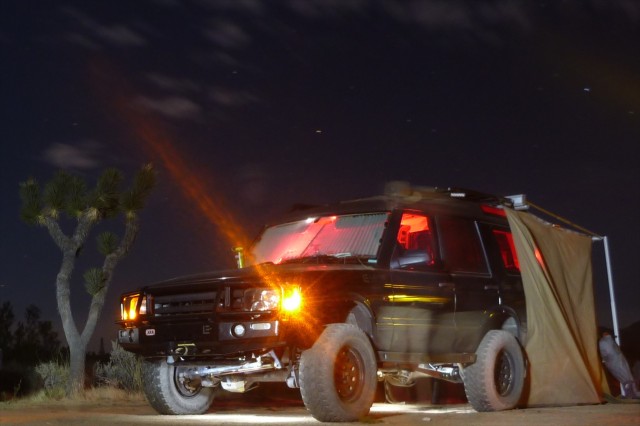 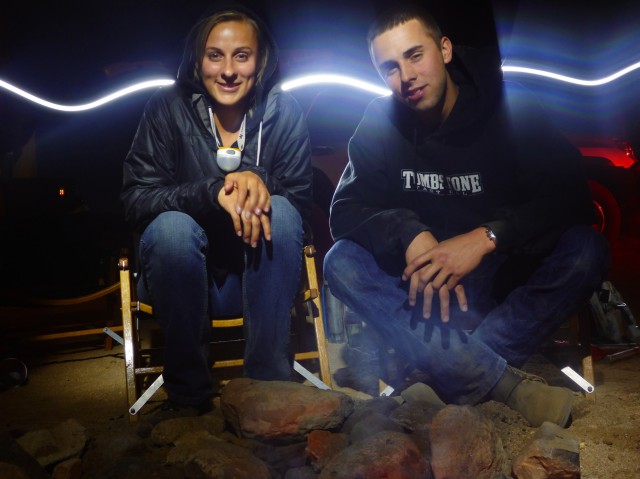 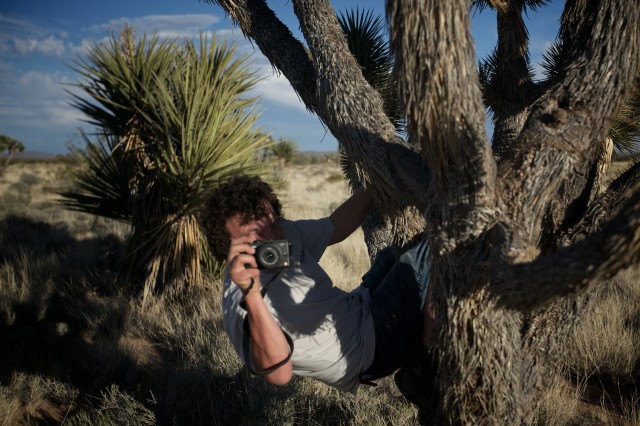