I bought my first 35mm film camera from a charity shop on the outskirts of London for £20, a Canon AE-1, along with a note from the previous owner: ‘Take good care of me, I’ve been on many adventures, and hope to see many more’. It came into my life at a time when I was unhappy, lonely, and struggling to find direction. I’d graduated from university and made a move to London, despite my reservations, because it seemed like the thing to do. However, city life wasn’t for me, and after a few years, I desperately wanted out. I’ve always been, in the words of Skynyrd, ‘a country boy’, and despite my best efforts to assimilate into this fast-paced concrete world, it left me feeling anxious and unfulfilled. The AE-1, released in 1976, represented a largely analogue world when people didn’t have their heads buried in their phones, live music ruled, and social media didn’t exist. This 35mm camera gave me a burning desire to explore the planet and reaffirmed that life should always be viewed optically, in person, not electronically. Shortly after, I left London and the security of a good job, bought my Syncro, and moved into it full time in Scotland. 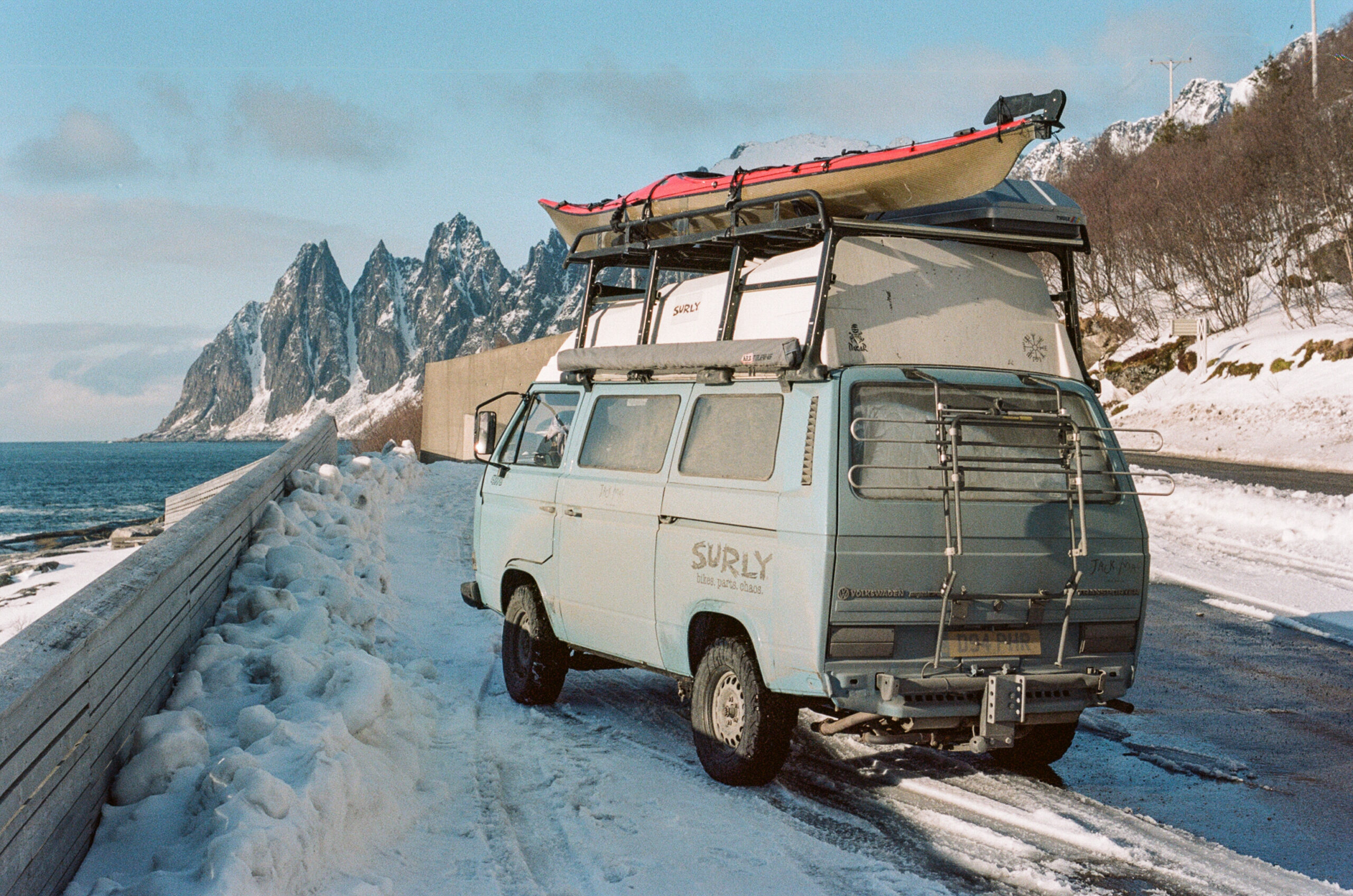 Mongolia, Kyrgyzstan, Scandinavia, the Alps—these are just some of the places I didn’t see from my pot-washing job in the Scottish Highlands. It actually took a number of years to find my feet on the road, but that didn’t deter me. A lot of people assume you need to be a remote-working guru to pursue this life, but that’s not the case. Seasonal positions allowed me to live in beautiful locations all over Europe, earn enough money to get by, and crucially offered freedom to explore new landscapes. Sure, it wasn’t always glamorous, but I was making it happen, step by step. 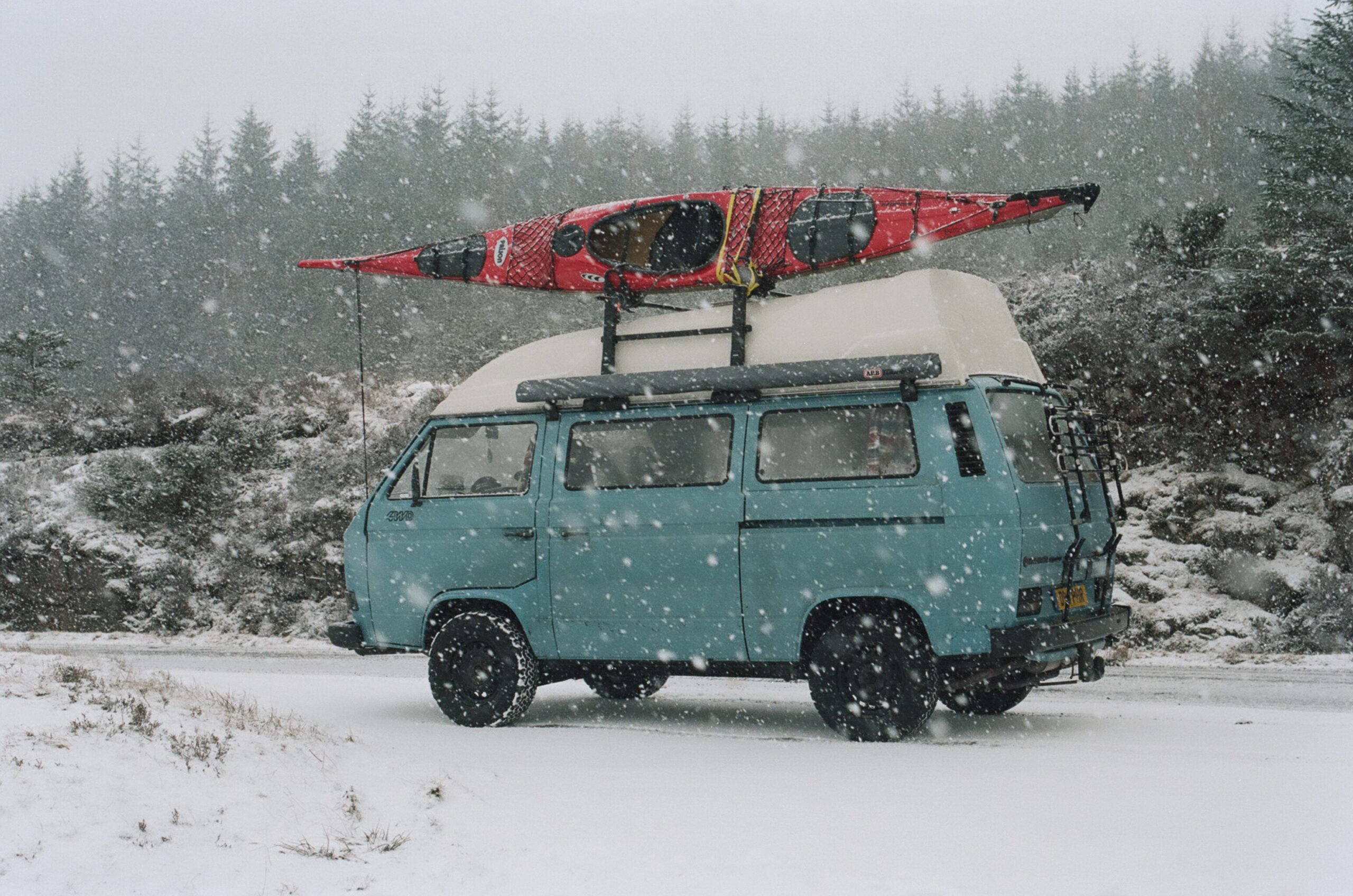 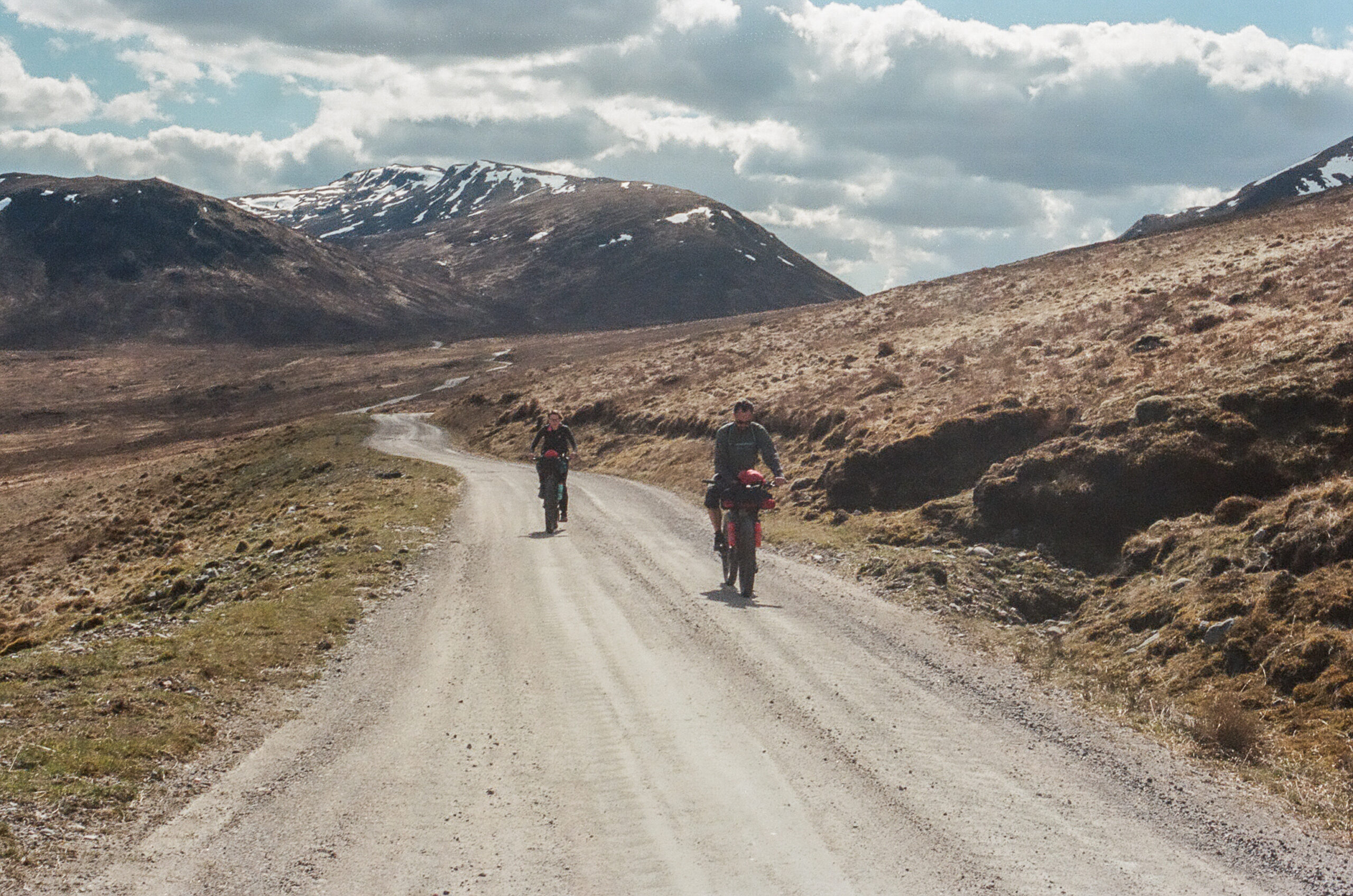 The AE-1 lived on my person and was enjoyed daily, the finite number of shots teaching me to take my time and savour the moment. Digital cameras are incredible, but the ability to burst hundreds of photos on one scene somewhat distracts from the experience. Furthermore, as a photographer, you’re not really held accountable, you simply adjust your settings, and the initial overexposed photo is forgotten forever. Film photography doesn’t allow anywhere near the same margin for error. You need patience to analyse your surroundings, meter the scene, and manually focus carefully to ensure optimal sharpness (film cameras are one of the best ways to learn about the fundamentals of photography). 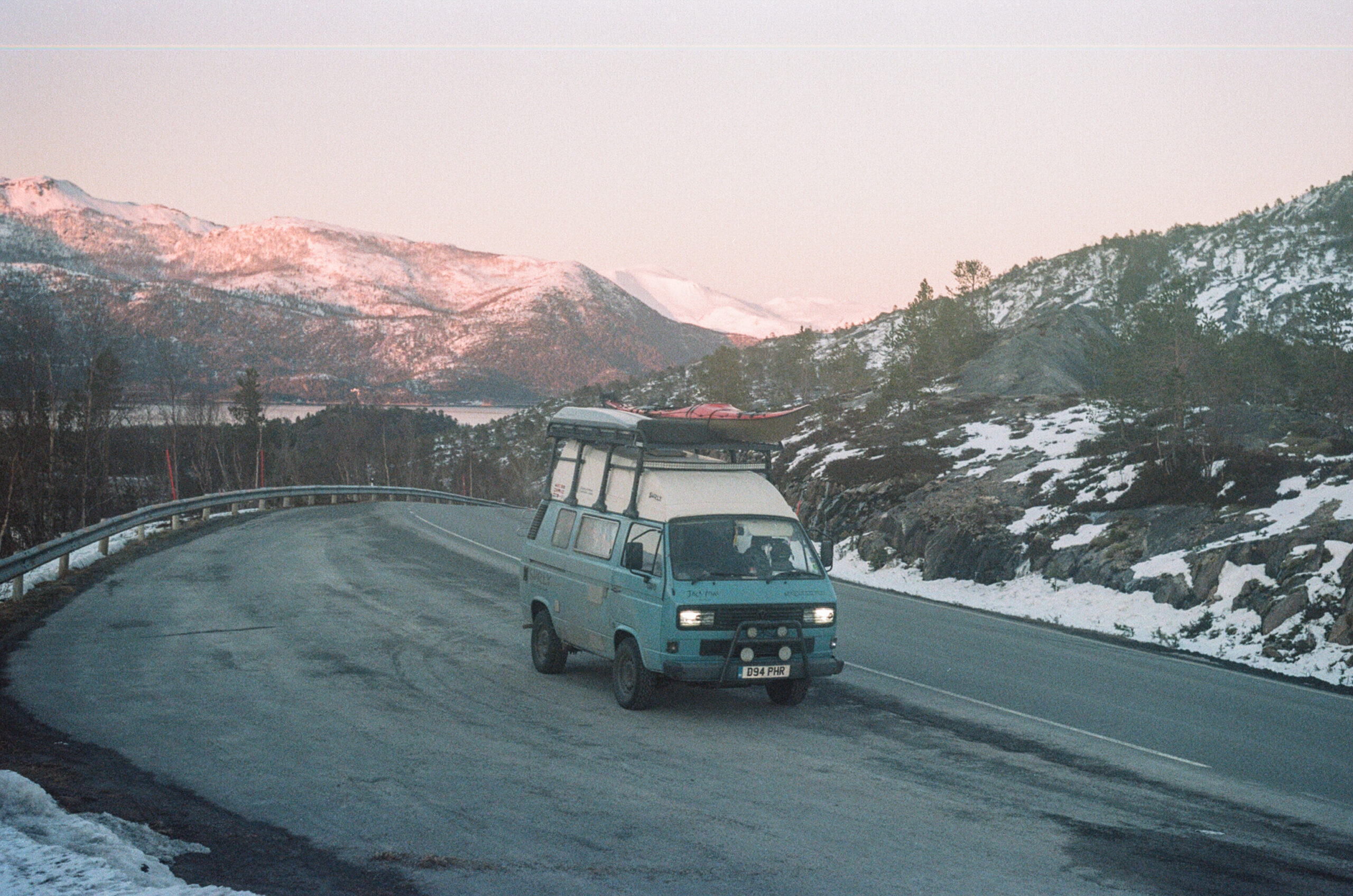 Inevitably, sometimes you get it wrong, and a roll you expected to be 35mm gold turns out to be 30 shots of disappointment. However, these same failures ensure success is all the sweeter when finally, you develop a roll that brings to life treasured memories. The world these days is fast-paced; everything’s expected with next-day delivery, social media encourages constant engagement, propaganda churns out news even before it’s happened, consumerism tracks your every move, and we’re bombarded with advertising. It’s so crucial under these circumstances to disconnect (see my article “Escaping a Digital World”) and slow down. The process of shooting film helps me relax and is as much about the experience as the photography itself. Thus, when I head out into the mountains on an adventure, I’ll always pack a film camera. 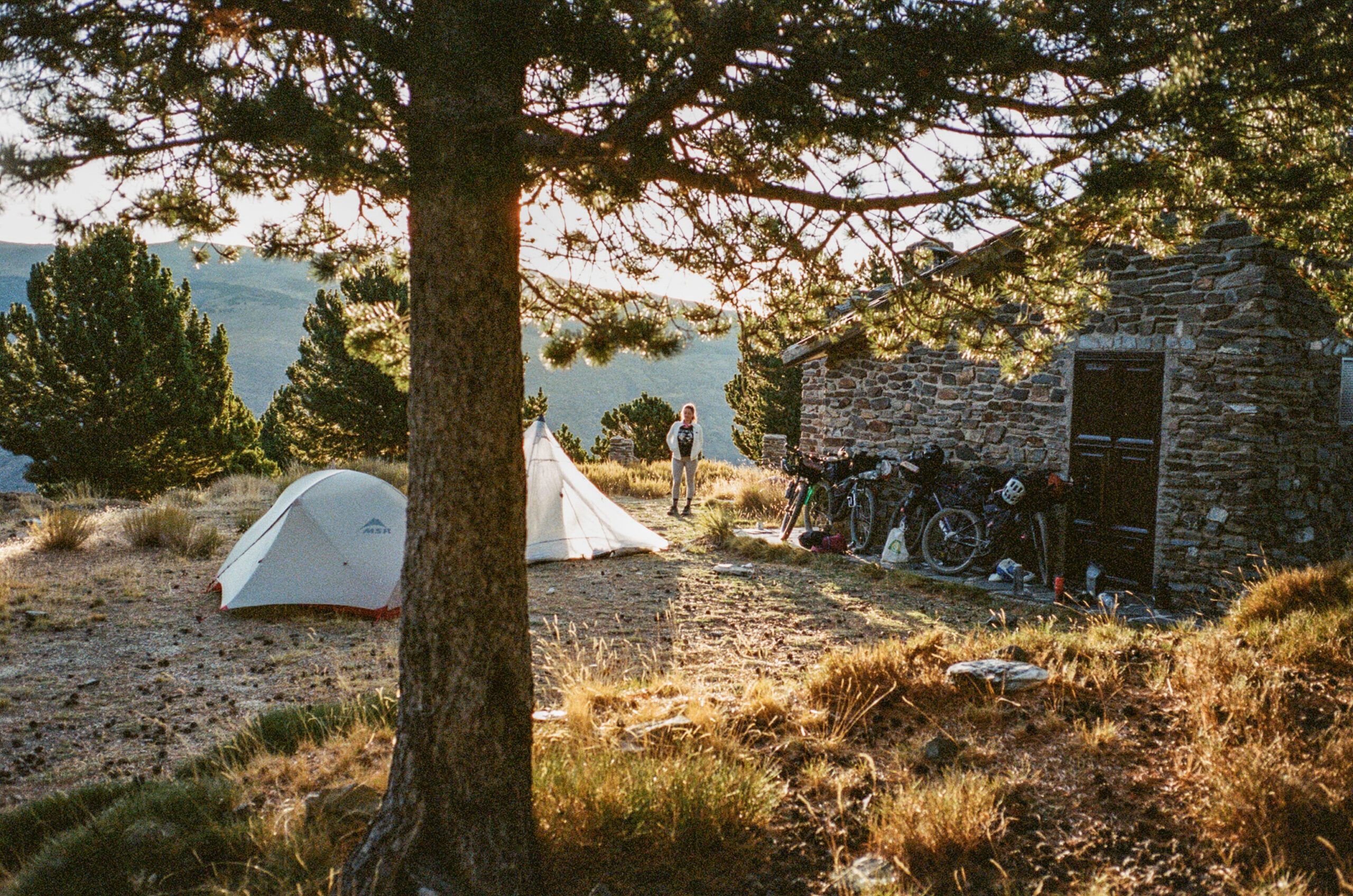 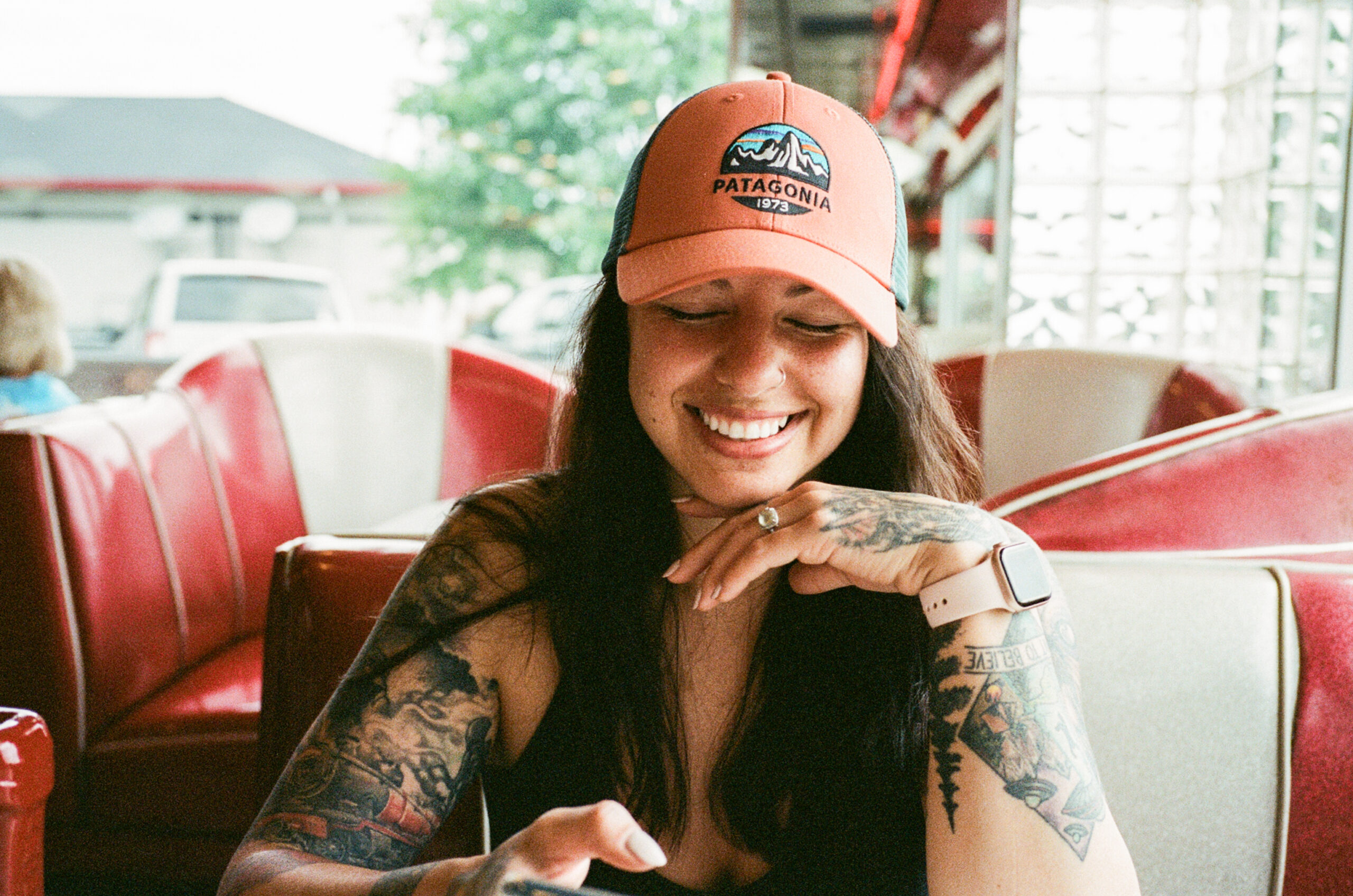 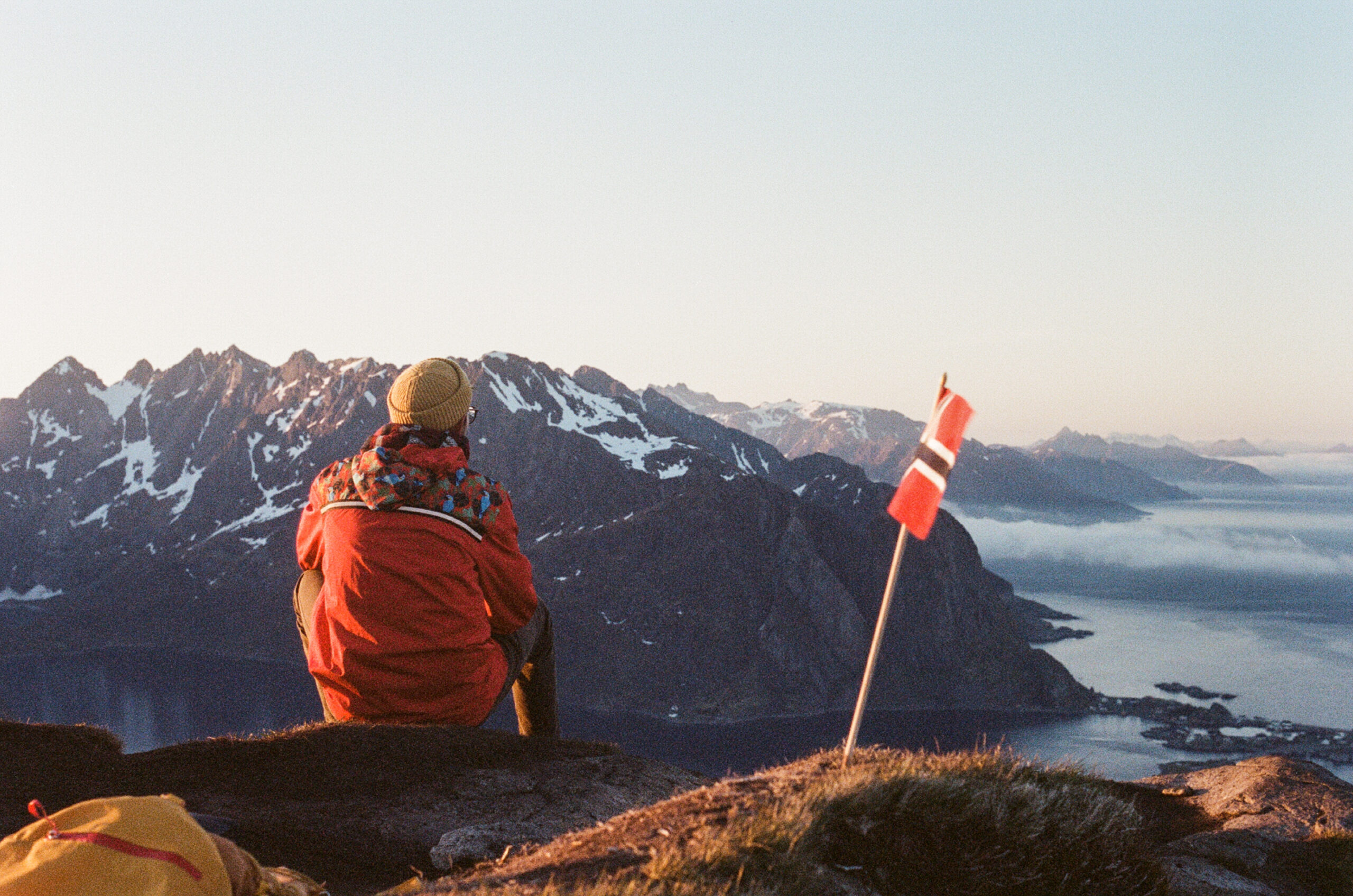 The AE-1 joined me on every trip for the best part of five years, stuffed in rucksacks, compressed in drybags, on the bike, crushed inside my carry-on, and riding shotgun in the van. It documented a period of time where I discovered who I was and what made me truly happy. As the years progressed, so did my infatuation with analogue cameras, and one name, above all, became my obsession: Leica. 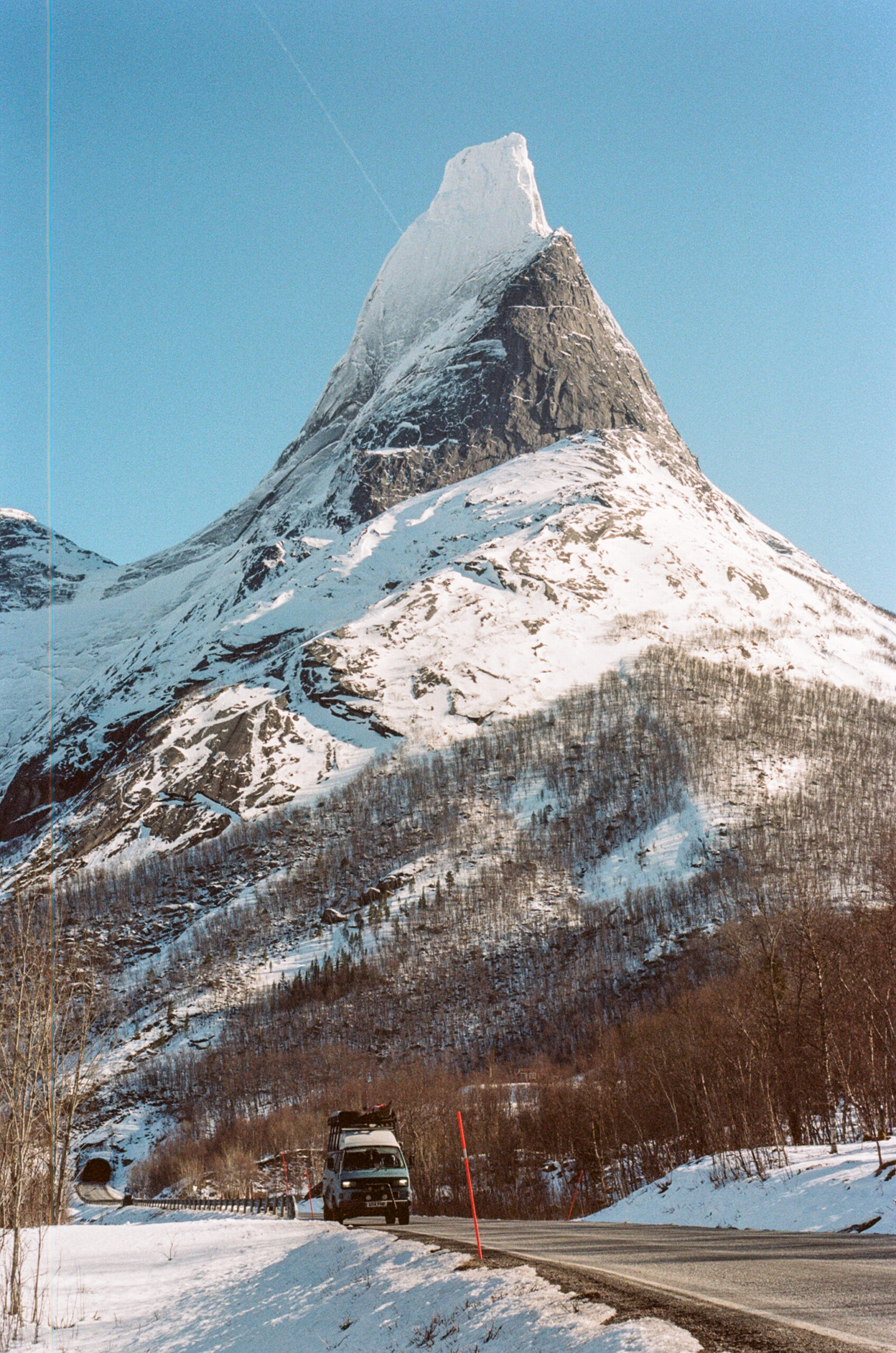 The Leica M6, released in 1984, quickly became one of the company’s most iconic models and remains so today. I mean, where to start—this camera is a masterpiece. The unparalleled craftsmanship, quality of glass, and aesthetic perfection are just half the story. The photo quality is excellent, but I don’t think this is the primary reason these cameras are so popular. The success of the company is largely due to its unwavering obsession with the shooting experience. In other words, every aspect of taking a photo on a Leica is magic: the ergonomics of the magnesium-alloy body; feel of the shutter-speed dial and Summicron aperture ring; the clear and concise film counter; a well-lit rangefinder; and finally, the almost silent click of that all-mechanical shutter. Perfection. 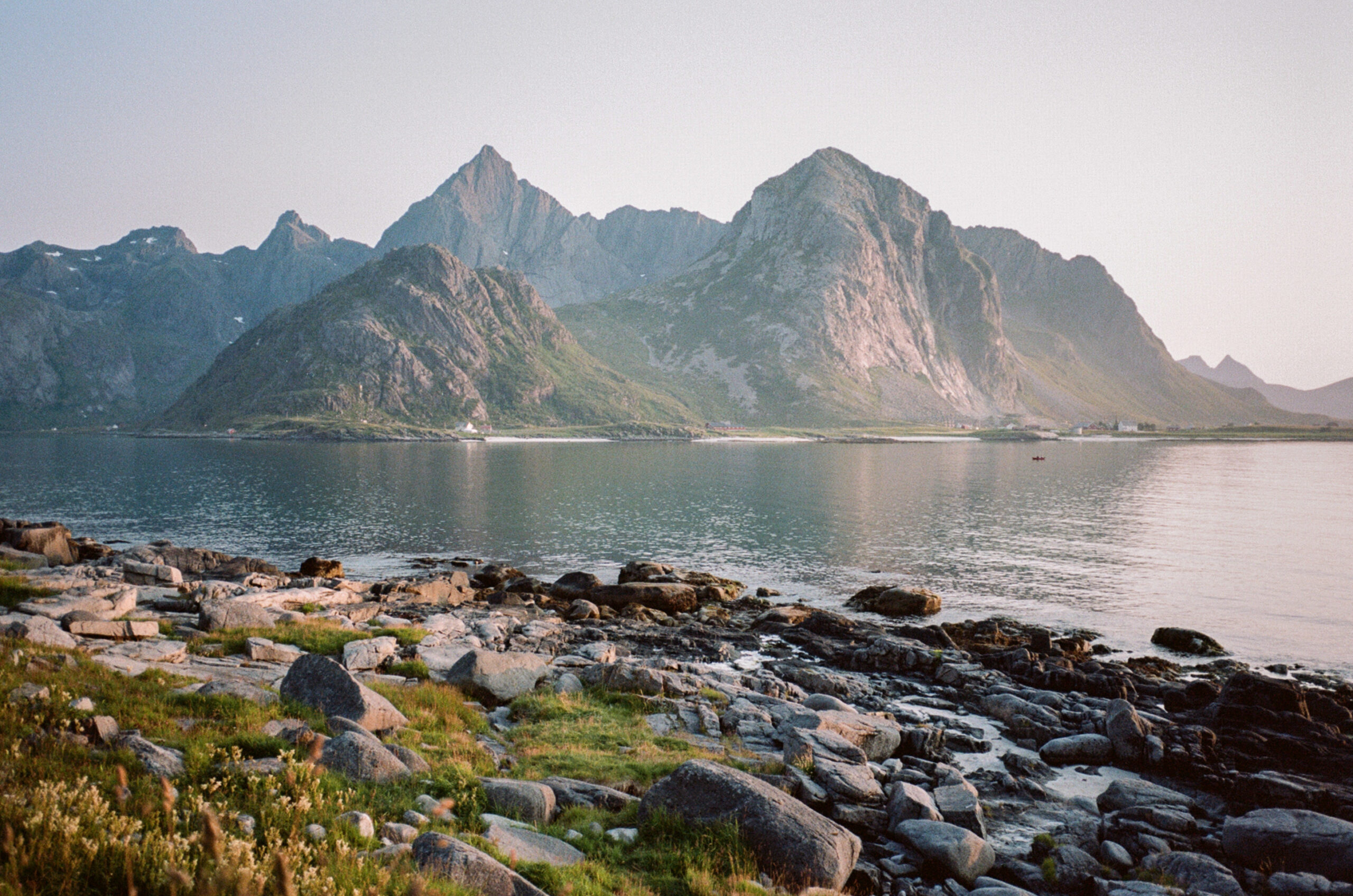 Leicas are horrendously expensive, and quite honestly, the technical specifications are often disappointing compared to comparable cameras a third of the price (or less). So, does that stop me from wanting the latest M10-R? Nope, not one single bit. Leica, for me, confirms that photography (especially shooting film) is about experience above anything else and enjoying a little more time in the moment before taking a photo. On adventures, the M6 ensures I’m completely immersed in my surroundings, offline, allowing equal time to assess the scene with both my eyes and the viewfinder. On expeditions, there’s generally always an objective, which can sometimes distract from the journey itself. Film photography forces me to pause and give nature my undivided attention. Well, how about the photos themselves? 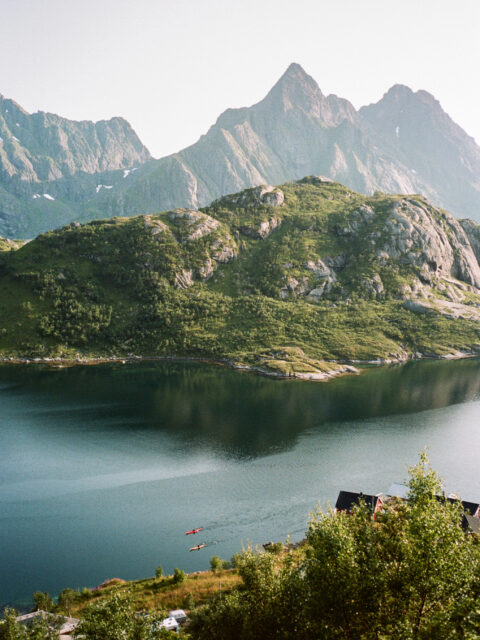 The best way to understand why there’s been such a resurgence in film photography over the last 10 years is to open up Instagram. The entire exploration/adventure photography scene is awash with digital photos edited to have the same aesthetic as film. It’s a rather strange phenomenon, whereby crisp high-definition digital photos are intentionally downgraded to emulate the grain and soft colours of film. I interpret this as society’s yearning to escape the digital world and relive the good ole days. A time when camping out with family/friends was free from technology, and good conversation filled the evenings. I think it also reaffirms that beauty is imperfection and that by being slightly grainy, soft, and overexposed, it is at least real and thus relatable. Whereas something computer-generated would be flawless. 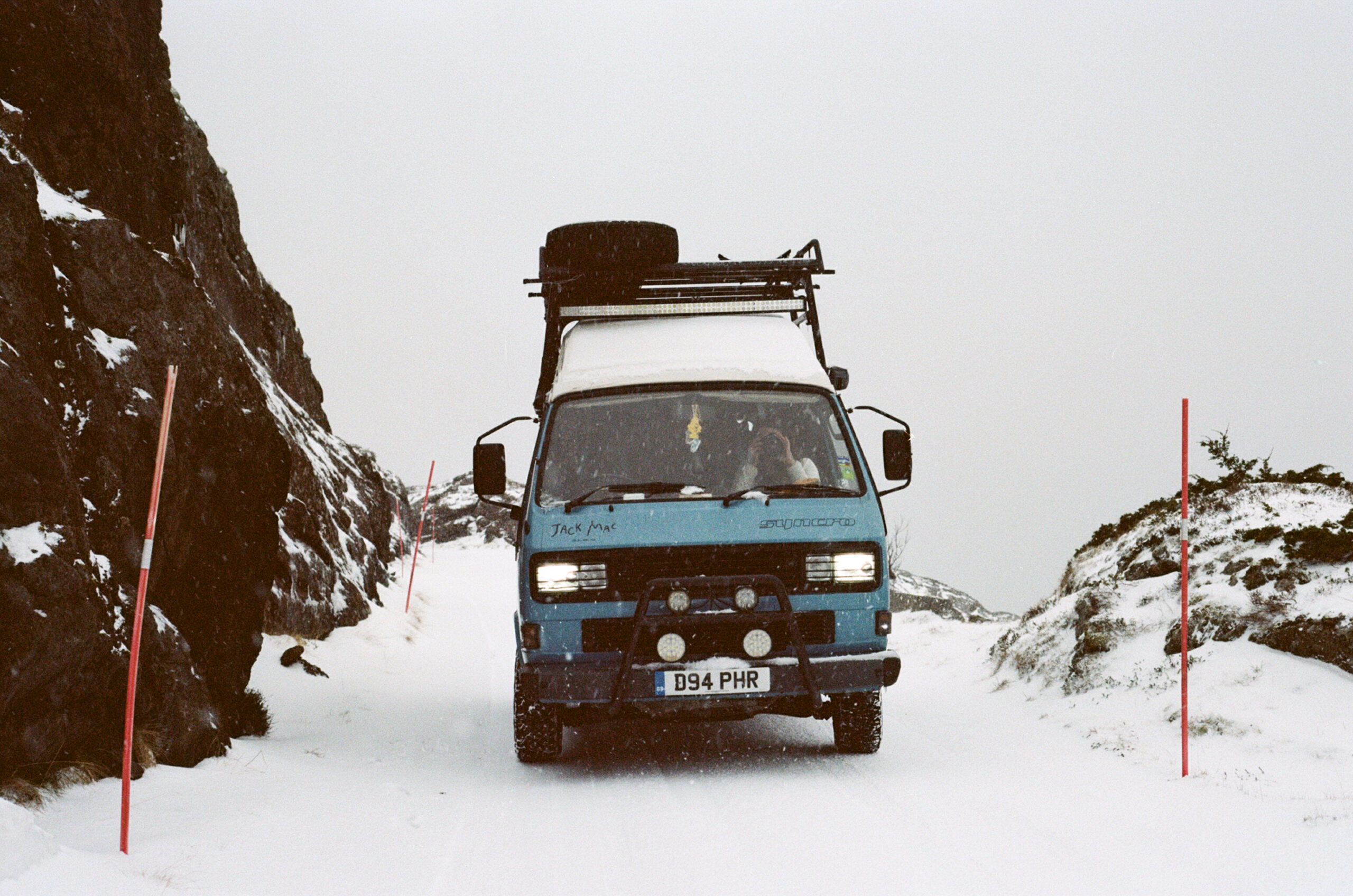 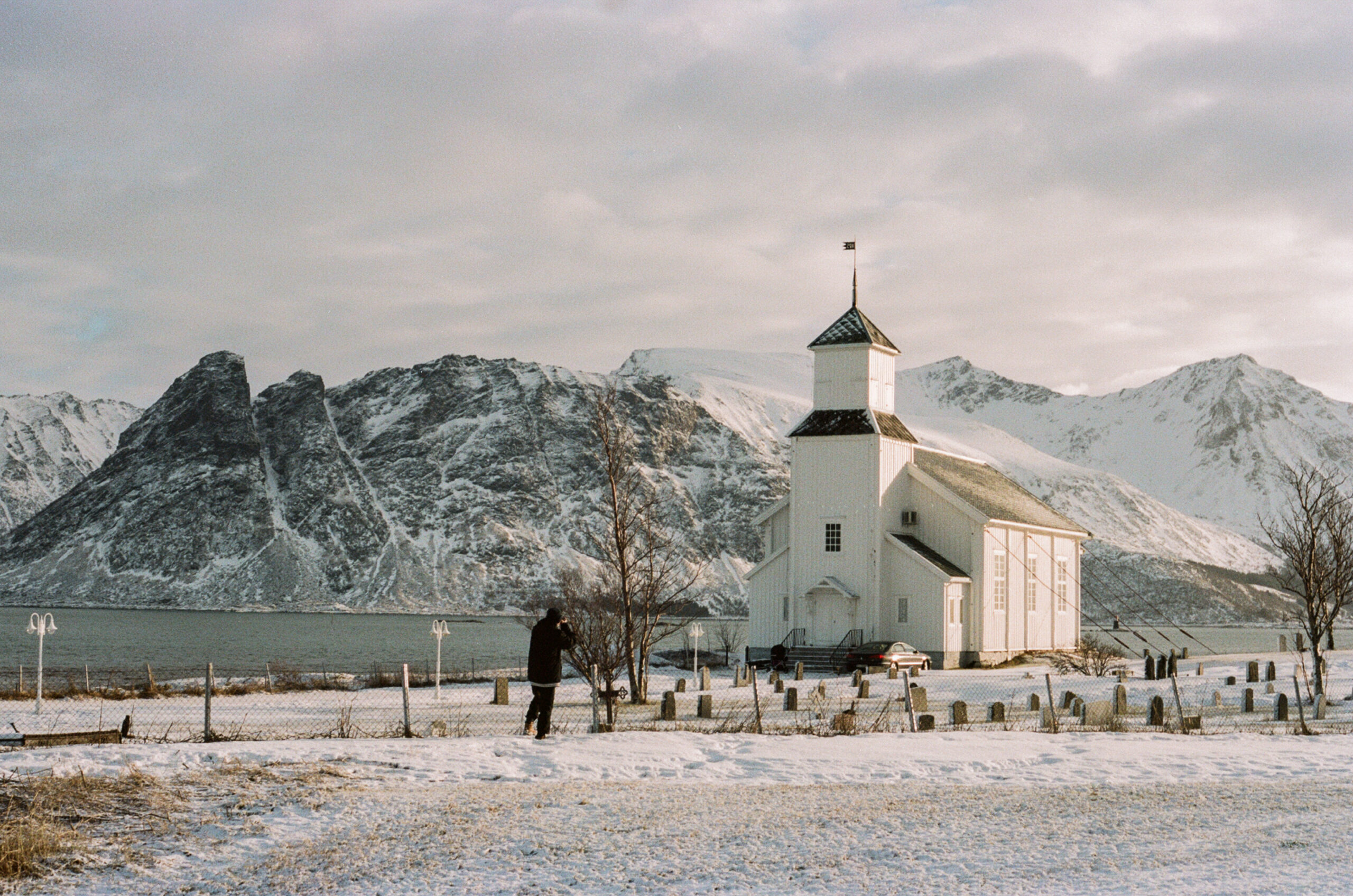 Similarly, the feedback, accidental harmonics, and off-notes in Jimi Hendrix’s rendition of ‘Bleeding Heart’ (Albert Hall, 1969) make my hairs stand on end, more so than the technically flawless guitar work of Guthrie Govan on his album Erotic Cakes. Humans need to feel a connection with reality, for good or bad, and I think film photography encapsulates that. The photos out of my AE-1, M6, and Mamiya 7 take me back to the moment. And their soft colours, over/under exposure, and grainy composition creates a sense of adventure and magic that I don’t get from the glossy, ultra-sharp, and perfectly exposed digital DSLR shots. 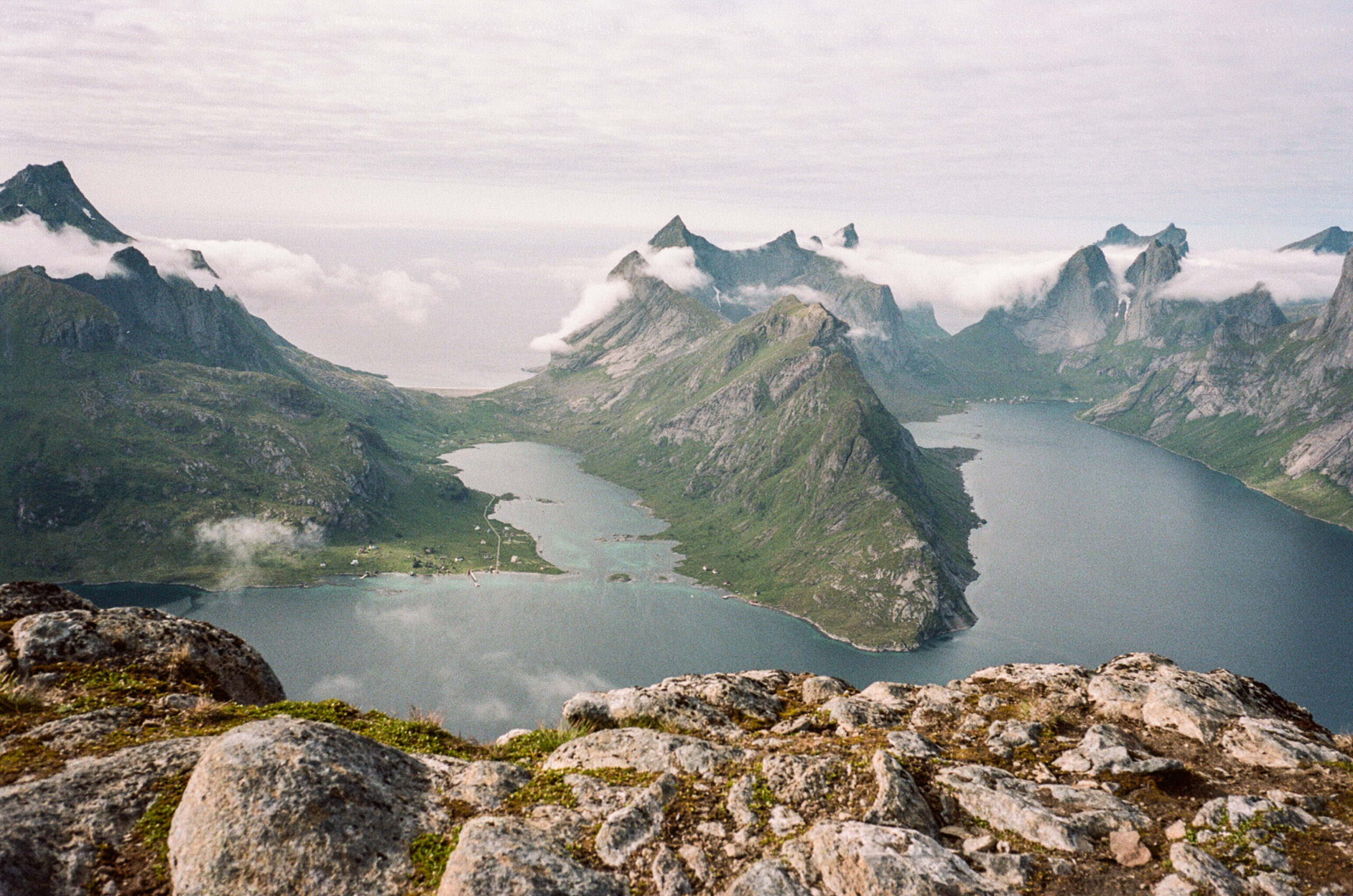 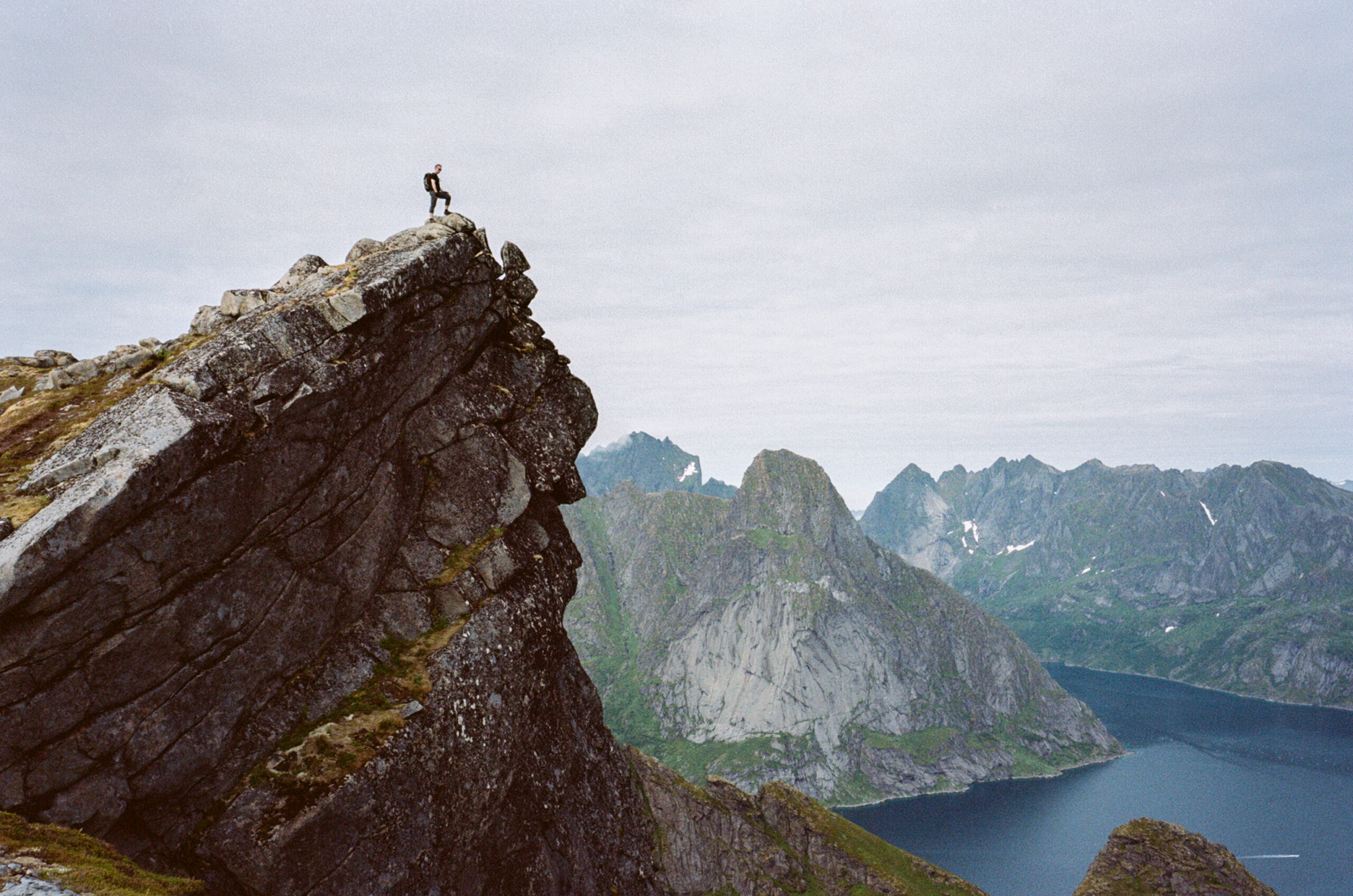 I photograph expeditions in film because it heightens my connection with the surroundings, forces me to stop and fully appreciate nature, puts emphasis on the journey rather than the destination, and produces photos with a timeless aesthetic that’s difficult to emulate digitally. These feelings are my own, and it’s important to mention I also love my digital Canon 5D MKIV. I guess the difference between my 5D and Leica is that the former is a tool of work, the latter of passion. 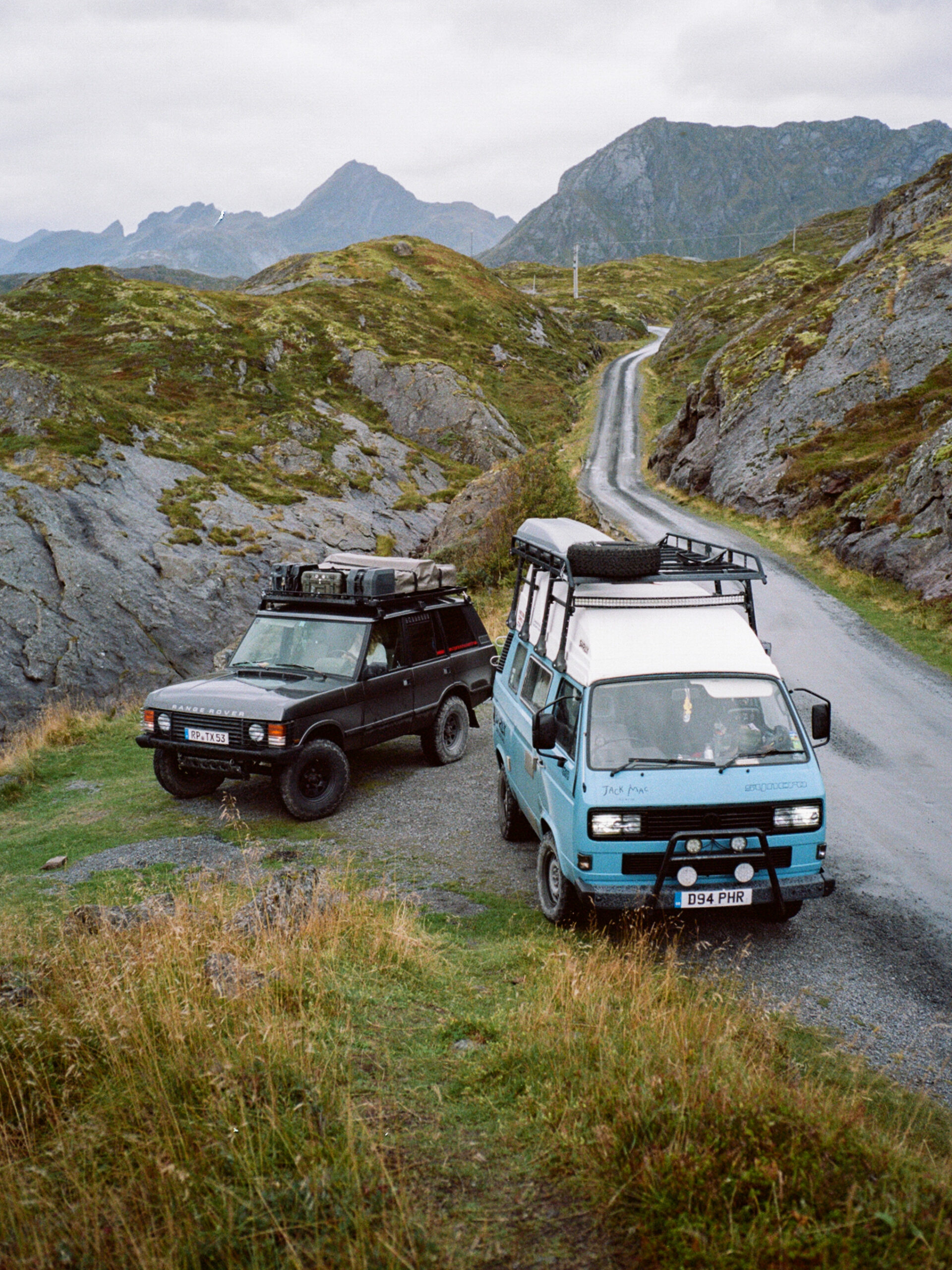