Australia is filled with poisonous shit that’s constantly trying to kill you. But it’s also filled with the world’s best four-wheel drive vehicles. Yeah, basically everything the little off-road enthusiast inside of you has ever wanted is here. And I just moved here in order to drive it.

We’ll start from smallest to largest. 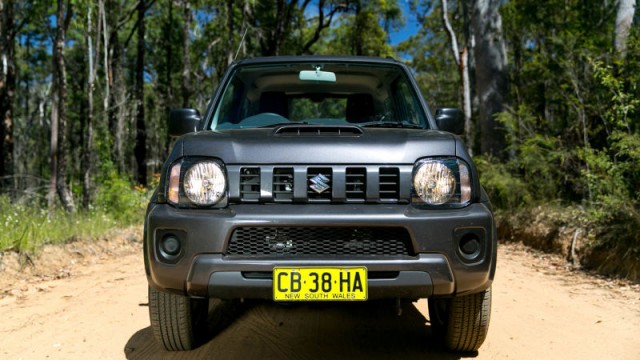 You could compare the Suzuki Jimny to a mini-horse. It’s a proper four-wheel drive with all the correct bits in the right places, just smaller. It’s also adorable, just like mini-horses. Packing 1.3-liters of fuel-injected gasoline fury, the Jimny might not be as slow as you’d think a solid axle, body-on-frame 4X4 would be, but it’s not exactly fast. With its 84 horsepower, it has no problem cruising at around 65mph, but I wouldn’t exactly ask it to do much more.

While it’s one of the cheapest Japanese-made four-wheel drives on the market, it doesn’t feel cheap. In fact, it’s actually fairly well made. At this price point, you wouldn’t expect aniline leather, but the (abundant) plastic feels solid — like it’s built to last a lifetime of teenage abuse.

Did I mention it gets 33mpg? 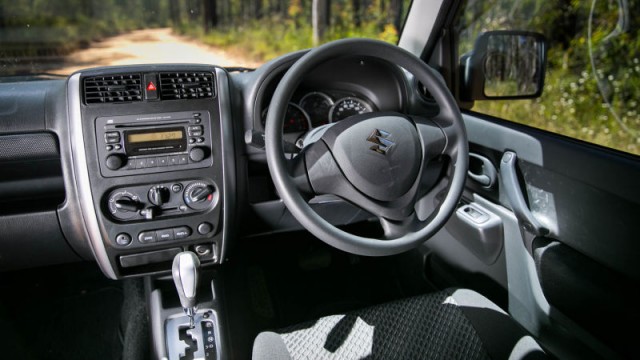 It’s probably about as safe as a tin can, and about as powerful as a Chevy Spark, but it’s cheap and has a proper low range gear box with solid axles at both ends. At the current conversion rate, the Suzuki Jimny would start around $15,990, and I think there are plenty of ‘Zook’ diehards that’d pay the price. At least it would make their lineup less boring, but then again, Suzuki would actually have to sell vehicles to have a lineup.

You can read my full review in Unsealed 4X4. 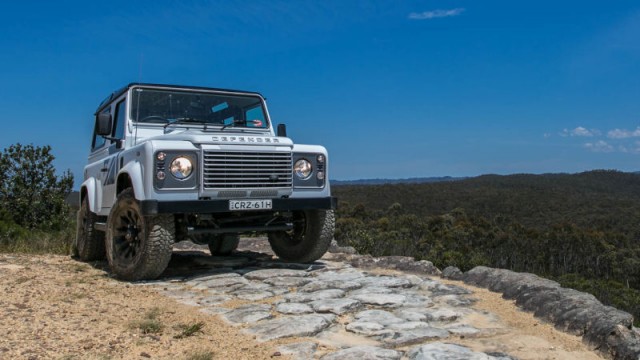 Because pedestrians can’t be responsible for their own safety and European politicians don’t have the balls to tell people to look both ways before crossing the street, Land Rover is killing off the Defender this year. Which really sucks for everyone that didn’t have the chance to drive the latest — and possibly greatest — Defender ever.

The newest Defender is fitted with a Getrag 6-speed manual gearbox from the Mustang GT, and an incredibly torquey 2.2-liter turbo-diesel engine from the Ford Transit (albeit slightly reworked). It’s a sign that Land Rover is finally starting to realise they need to stop involving themselves in anything complicated which is designed to contain oil, though it’s too little too late. 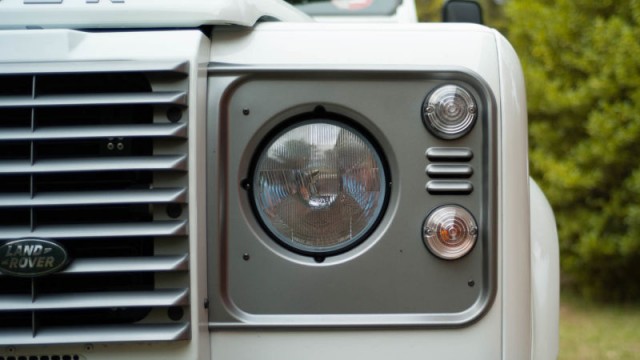 It has air conditioning which works, a slightly revamped seating position that doesn’t require you to permanently have your arm out the window to fit in the car, and the same LR3-inspired dashboard which has been around for a few years. Off-road it’s nimble thanks to its short wheelbase, and controllable courtesy of its modern traction control. It’s also the sexiest box to ever be put on four wheels.

Land Rover need not look further than the cackles of Jeep Wranglers flying out the door at exorbitant prices to realise they shit the bed. (The Defender is Land Rover’s most basic model, and it’s not uncommon for a Wrangler Unlimited to rival the pricing of base LR4 models.) Land Rover stopped selling the Defender because it was too expensive to fit airbags and safety restraints, and the U.S. D.O.T required them after 1997.

Here’s the rest of my thoughts about the Defender. 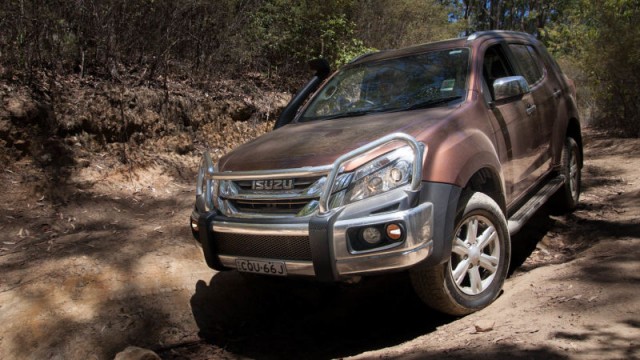 You probably don’t know what the MU-X is, and you probably won’t care because it’s not exactly one of those four-wheel drives made from unobtainium and hen’s teeth. But it’s probably the only proper diesel four-wheel drive that ever has a chance of coming to America, so listen up.

The MU-X is a 7-seat SUV based on the D-MAX pick-up, which shares a lot in common with the Holden Colorado, which is essentially the Chevy Colorado that America just got. It has a flexy coil-sprung, solid axle rear end a coilover front-end, and an available rear differential lock, factory bull bar and snorkel. Its 3.0-liter Isuzu diesel will comfortably return 25-28mpg on the highway, and at least for Australia, it’s relatively affordable; priced at around $40,000 (at current rates) for a range-topping model with leather, navigation, dual-zone climate control, and a drop down 10-inch DVD screen for the kiddos. 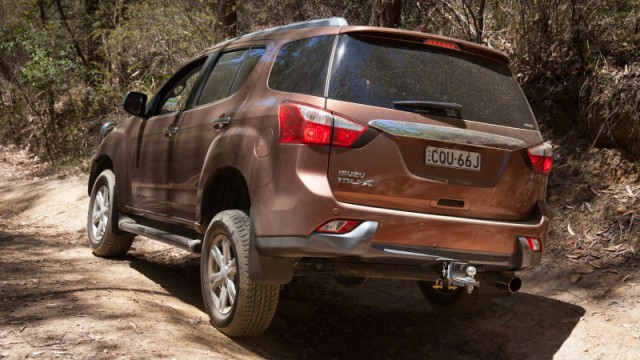 Provided the stereotypical mid-sized SUV buyer in America grew some balls and decided to stop buying car-based SUVs, I think it’d sell like hotcakes. It’s a great size, it returns great fuel economy, and it will actually go off-road. There’s no reason the Chevy version shouldn’t be sold here.

I compare it to the venerable Toyota Land Cruiser 70-Series in my full review. 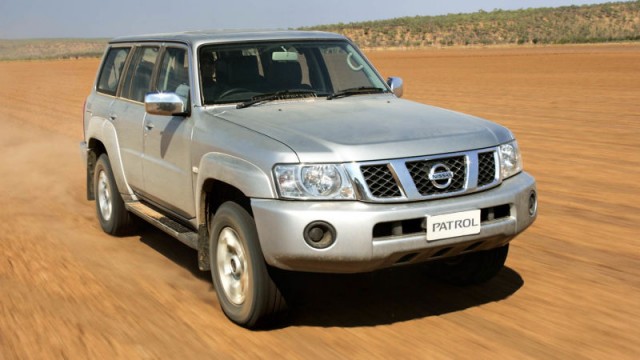 For those of you who don’t know what the Nissan Patrol is, you could think of it as a vehicle similarly-sized and equipped to the Land Cruiser, without the Toyota Tax. It has one of the strongest drivelines ever fitted to a four-wheel drive wagon, and it’s quite sharp looking too, some would say more aggressive and better-looking than the Land Cruiser.

It’s equipped with solid front and rear coil sprung axles and has an optional factory rear diff lock. They even offer it in a pick-up form with a single cab, and if you so require it, leaf springs for better towing and weight carrying ability. So you’re probably thinking that it sounds like quite a nice vehicle, maybe something you’d like to own. But I haven’t told you about its 3.0-liter engine yet, which is about as good at being a diesel engine as a cat. It’s terrible.

I think it would sell about as well in America as gun control would at an NRA convention. The interior on most models is that awkward type of chenille fabric only found in ‘80s Chrysler K-cars, hardly what American buyers would expect for the roughly $50,000 (converted) price tag. Oh, and the 3.0-litre turbo-diesel puts out a paltry 160hp and 280 ft/lbs which is…barely sufficient to move the 5500lb beast. On the plus side, it gets 24mpg. 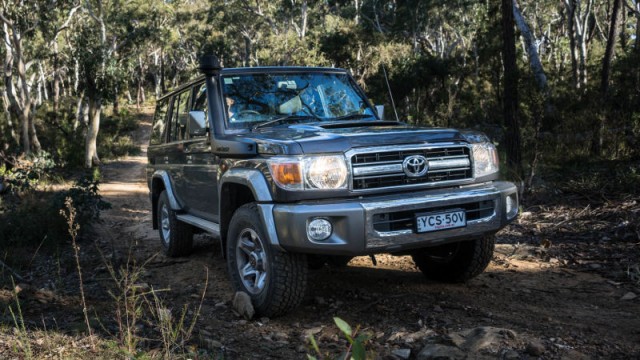 So many people want the 70-Series Land Cruiser in America that they’ve actually started a Facebook page which has almost 7,000 likes. It’s the direct descendant of the iconic 40-Series Land Cruiser, and an icon in its own right, having been in production since 1984. The latest versions are available with a powerful, yet economical turbo-diesel V8, and a coil-sprung front end for ride comfort.

This is a car that you buy for utility (air conditioning is optional) and is as far as you can get from the bloated 200-Series Land Cruiser that Toyota offers for sale in America. It has vinyl floors, crank windows and a factory-fitted snorkel. There’s also the option for front and rear electronic differential locks and twin factory diesel tanks. You’ve probably seen them in war torn countries on both sides of the fence, serving as the vehicle of choice for the United Nations, and rebels alike (who enjoy the ability to mount anti-aircraft weapons in the back). 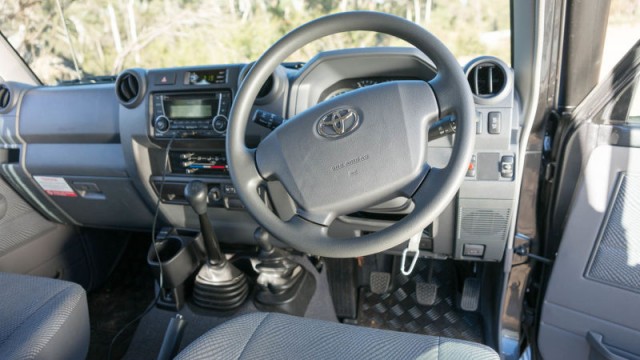 Well, if there’s one thing for sure, it’s that the current Land Cruiser offered for sale in America certainly doesn’t sell. But that’s because it’s uninspiring, bulbous, and a bit bland. The 70-series could be perfect for the guy that doesn’t quite need a 3/4 ton pickup, but still wants the diesel grunt, reliability, and off-road prowess.

Dear Toyota, please stop spending millions and millions on vehicles like the FJ Cruiser in an attempt to show us you have a soul, and just give us the damn Land Cruiser you already make. 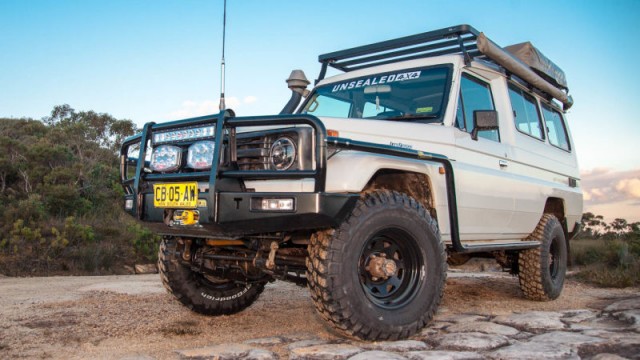 By the way, here’s my 70-Series. We’ve named it Snoopy and we’ve built it up for some serious outback travel.