It had been raining for days, maybe weeks. We were in Seattle where I grew up, where my father still resides. We were parked in front of his apartment on a narrow street, lined with cars on one side and apartments overlooking Lake Union on the other. Our van, a 2008 Ford Econoline E-150, was sandwiched between an orange VW Beetle and something silver and sedan-like. It was cold. It was wet. It was October. And we had been in the city for far too long. 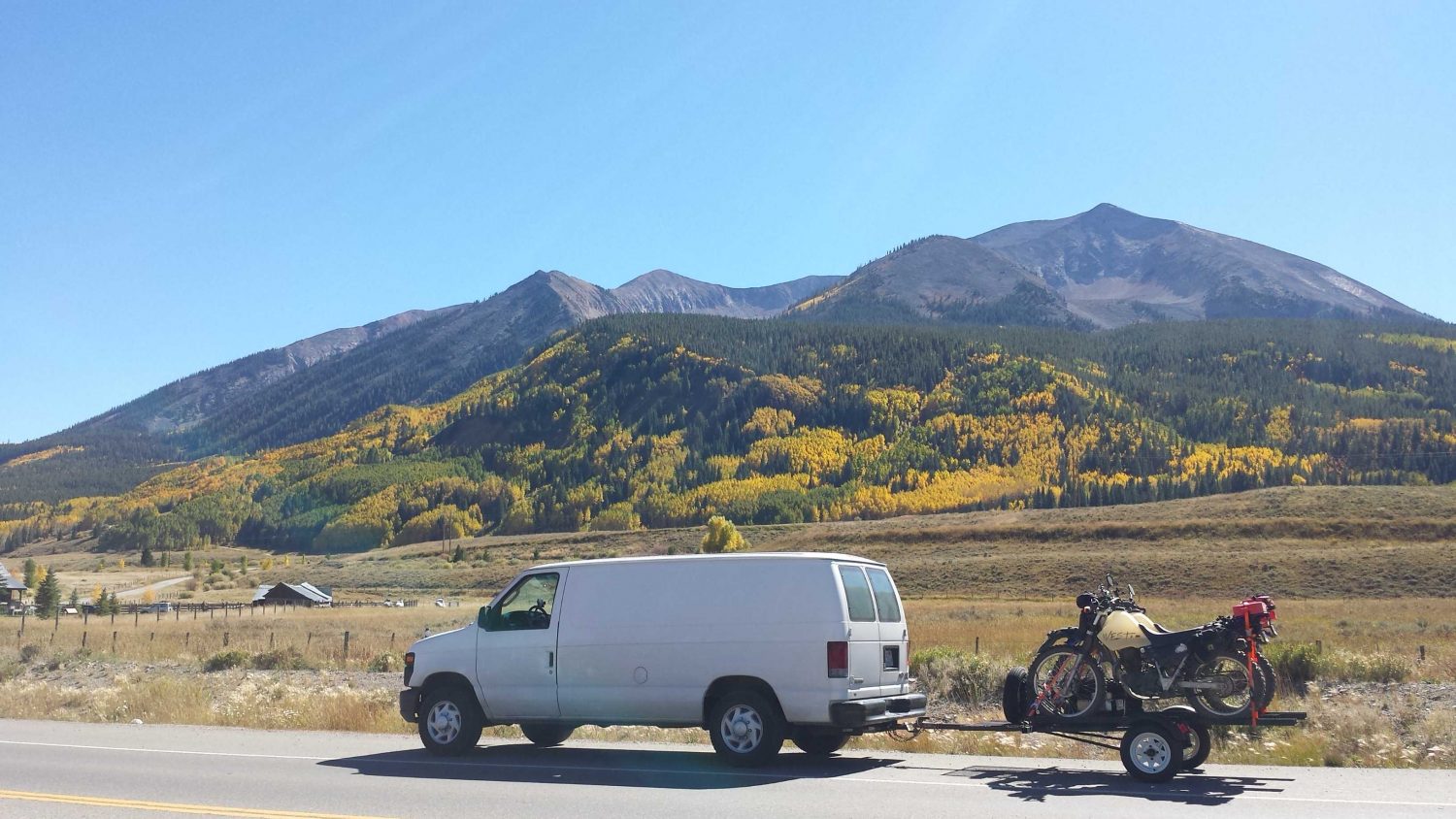 Living in a van, or out of one in our case, is a romantic idea to many millennials—traveling here and there, making a living off the Internet, parking at picturesque campgrounds overlooking the ocean or on great swatches of land, where your lady can do yoga and you can brew up a cup of freshly ground coffee on your camp stove. At least that’s what Instagram tells us #vanlife is all about. But I’m here to tell you about the harsh realities of living this nomadic life, when it’s no longer a “journey” and instead just life lived in a van, maybe down by a river.

When you’re moving, the van feels like a fine place to stay. You log a bunch of miles, pull into a parking lot somewhere, climb over your crap and into bed. In the morning, you look for a place to grab coffee, maybe a muffin, and then hit the road, front end aimed at something you’ve been excited to do. Eventually though, you need to park the rig, maybe pay some bills, do some laundry, and sleep on something that isn’t an air mattress. And that’s when it hits you. Parked outside of your parents’ apartment, or on a side street in San Clemente, you realize, after about a week, that you’re no longer a nomad, you’re just homeless and living in a van. And that realization is harsh. Like the smell of patchouli oil and old Volkswagen. 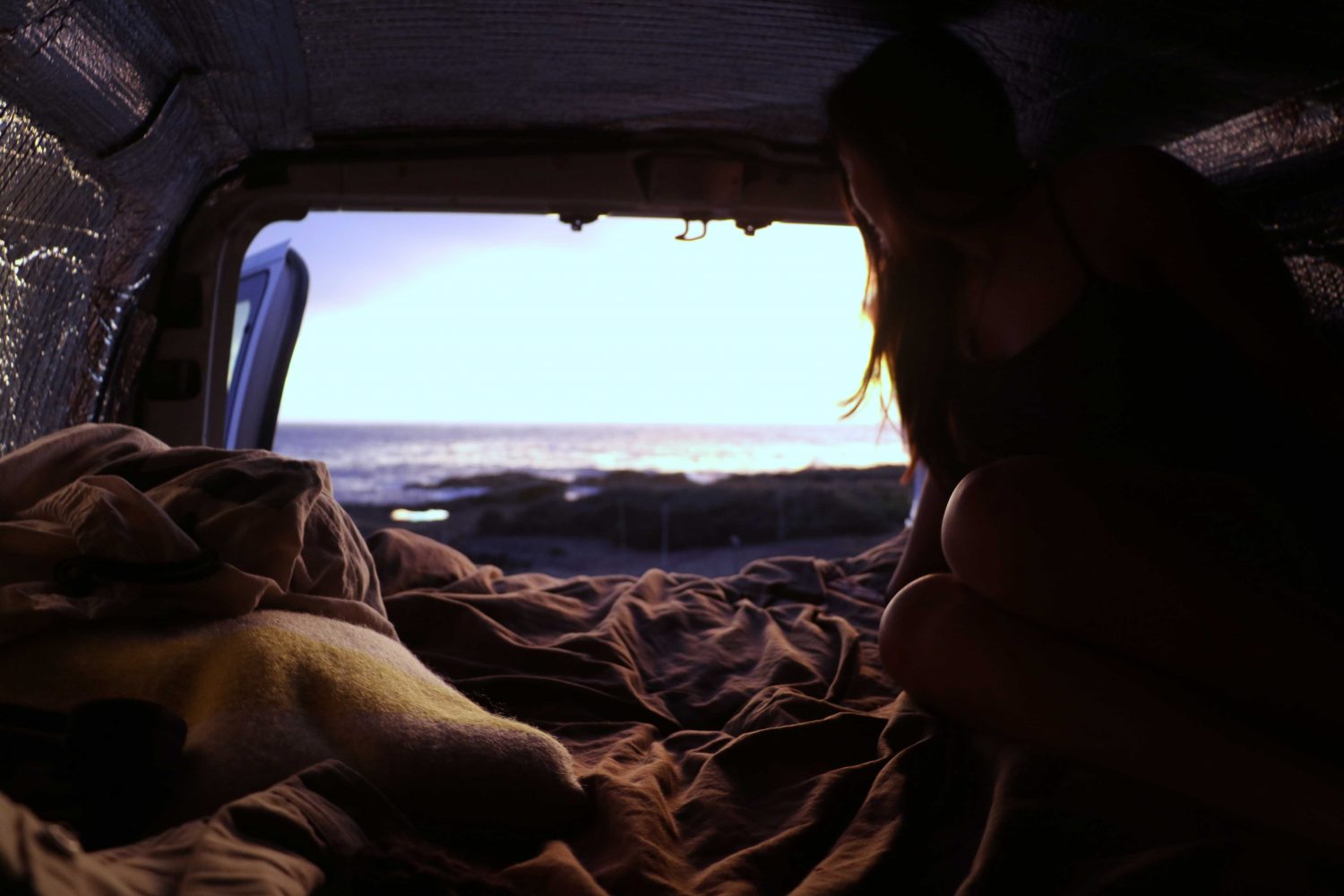 Kyra reached over me and pulled back the wool curtain that covers the back windows of the van. She peered outside and groaned, “It’s still raining.” Eventually, we unraveled ourselves from our sleeping bags, fought for space to get dressed (a van loaded with surfboards and other accoutrements for two people leaves little room for things like standing), then pulled open the sliding door and unveiled the outside world. A wet, overcast world. We were in Seattle, killing time before we were scheduled to head south towards Baja. In an effort to save a bit of money before our Baja “journey” and have access to a shower and a warm place to work, we had parked our rig outside my old man’s place. But as the days dragged on, I got restless. “Let’s go out to the coast for a few days,” I suggested.

In a former life, I worked at a desk, lived in an apartment, had a couch, and spent my weekends looking for waves. Now, however, I was perpetually in motion—and would be for the next 3 years, unbeknownst to me. No longer burdened by the 9-to-5, I could surf on a weekday, when less people would be in the water. Glorious. But again, the realities of #vanlife can be a hard pill to swallow at times. Yes, we could wander out to the ocean, surf, camp and return to town. But with minimal access to the Internet and not a cell signal in sight, our days would have to be limited. Because as much as we’d like to think we’re living this untethered life, free from rent and couches, we are instead reliant entirely on the Internet and her sweet, sweet nectar. And so, we surfed for 2 days, just like I did when I was a desk jockey, then returned to town, muscled the rig into a parking space on the same street, and stumbled inside of my father’s apartment to shower. 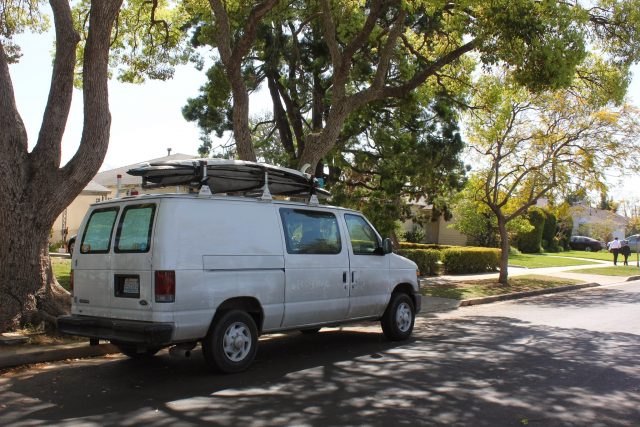 You can do all of this better, by the way. This #vanlife business. You can acquire a more comfortable rig, like my buddy Zach and his wife, Beth, who spent a year traveling aimlessly around America in a Four Wheel Camper perched on the back of a big lumbering diesel-powered Dodge. You can install solar panels and get something with a shower. You can do a “build out,” and document it on Instagram. Stained wood paneling, cabinets with clever handles or latches, LED lighting, et al. And then when your “journey” commences, all of the complaints I’ve made will fall on deaf ears. But if you’re broke, or working on a minimal millennial budget, like many of us, the reality is that your rig will not be badass. Instead, you’ll buy a shitty old Vanagon (don’t!) and spend most of your time keeping it running instead of exploring. Or, you’ll grab an Econoline like I did, outfit it with the basics—a bed built of 2×4’s and a plastic IKEA cabinet you find on the side of the road and secure with a pair of bungee cords—and then hit the road.

But soon you’ll notice something. You’ll spend 6 or 8 months wandering about, visiting national parks, surfing, maybe going to a festival, or whatever people do. And then you’ll park on a side street in San Clemente, and you’ll walk to a shitty laundromat to clean your clothes, and dance gingerly around the shower at the gym you are a member of so your feet don’t touch something that looks like a mix of boogers and hair. And then you’ll lose your parking spot when you go looking for a coffee shop to get that Internet fix you need, and when you’re driving in circles around a neighborhood looking for a flat place to park, you’ll realize you’re just a homeless guy in a van trying to notch one more night into his belt. Then suddenly it clicks, or at least it did for me. You’re not adventurous. You’re not unique. No one cares about your Instagram account. So you’ll get on craigslist and start browsing apartments for rent. – JC

Crossing The Congo: Over Land And Water In A Hard Place
by Mike Martin, Chloe Baker, Charlie Hatch-Barnwell
From $17.64 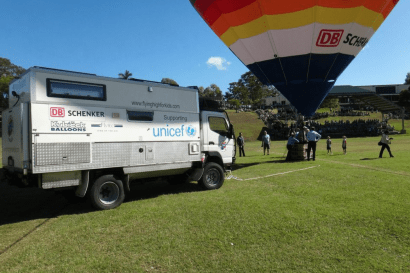 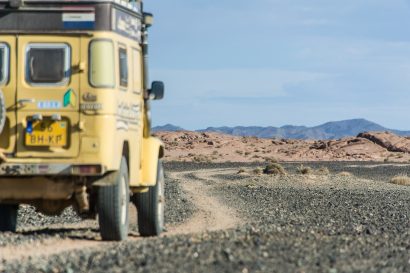 A Search for Petroglyphs in the Gobi Desert 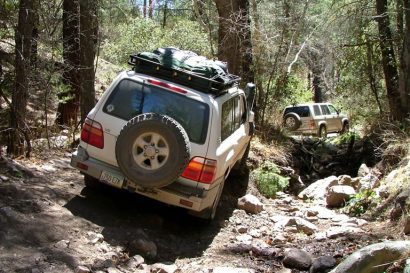