A warm sunny morning greeted us on the drive to meet our Tsé Bii’ Ndzisgaii (Monument Valley) guide at the town of Tes Nez Iah, little more than a fuel depot along side the bone-dry Walker Creek. Up to now our journey through Navajo country had been both inspriring and educational, but in spite of the weather lacked the element of uncertanity that brings true adventure. That was about to change…

The open desert faired far worse through a harsh winter than the mountains and canyons we had visited thus far, and all trace of the tiny two-track trails leading to our destination had faded from existence. While wandering through the sand in search of a route, adorable twin puppies came bounding up out of nowhere—after a few miles our guide finally gave in to their cuteness and adopted them. Cautiously we made our way down the cliffs of Tséyík’áán (Comb Ridge), breaking ground on a new trail to reach the valley floor. 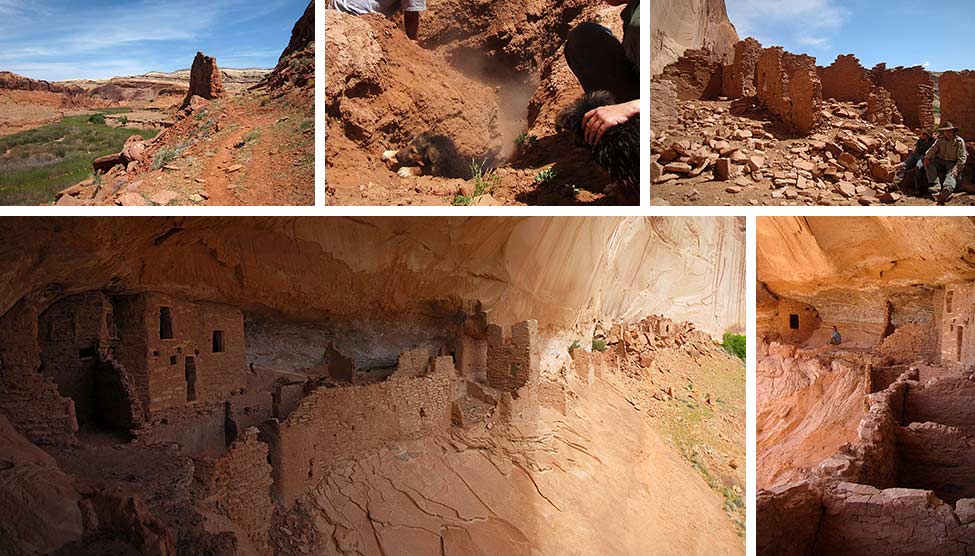 As we approached Chinle Creek the narrow trail to Poncho House came into view, and we set off on foot for the ruins. A difficult climb awaited us at the end of the hike, but the adventure puppies were committed. By far the largest and most well preserved of the ruins we were able to visit, Poncho House was a highlight of the trip. While exploring the ruins, Carlos (our guide) found an acousticly perfect spot against the canyon wall and proceeded to fill the alcove with the sound of traditional Navajo song.

From Poncho House we tracked west under darkening skies, again drifting through the sand in search of the back road into Monument Valley and our camp for the night. When the towering spires of the valley did finally come into view it was like rolling down onto the set of a John Wayne movie. Our large overland vehicles appeared as mere insects next to the massive rock formations of the valley.

We awoke to the stunning sight of Rain God Mesa towering over our tiny camp, a feature we missed during our pitch black arrival the previous night. My camera, which had been acting up since the Poncho House hike, began to signal it’s impending doom during the sandy drive to Hunts Mesa with random splotches and occasional over-saturation.

Reaching Hunts Mesa with a sandstorm hot on our heels we quickly climbed the plateau with the hope of getting above the storm—it was not to be. The sandstorm cleared briefly while crossing Hunts Mesa… just long enough to take in the enormity of the mesa we’d been traversing, and the massive wall of approching sand which dwarfed it.

Scurrying like rats down from the ledge of Hunts Mesa, we abandoned our plans for a cliff-side camp and retreated to the shelter of nearby Mexican Hat for the night… and a much needed shower.

“I’m pretty tired. I think I’ll go home now.” And just like that, my runnin’ days was over. – Forest Gump 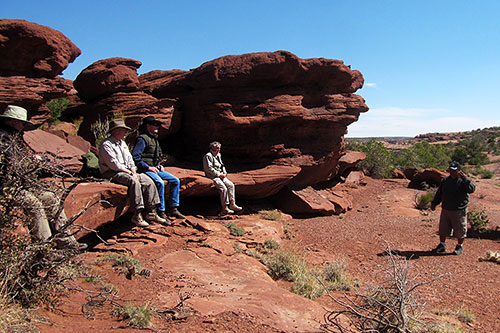 In the morning we regrouped over breakfast before returning to the base of a sunny Hunts Mesa for a tour up Mystery Canyon. The alcoves of the canyon are dotted with dozens of smaller ruins, many dating back to the Ancient Puebloans. The warm morning sun didn’t last long…

As we rounded the base of the canyon to re-enter Monument Valley, instead of massive stone spires we were greeted by another wall of weather—this time snow. In a single day the afternoon temperature had plummeted 70°F from high 90’s to snowing, simply amazing. Monument Valley itself proved nothing short of spectacular, with the snow only serving to enhance the contrast of the scenery, and the experience. 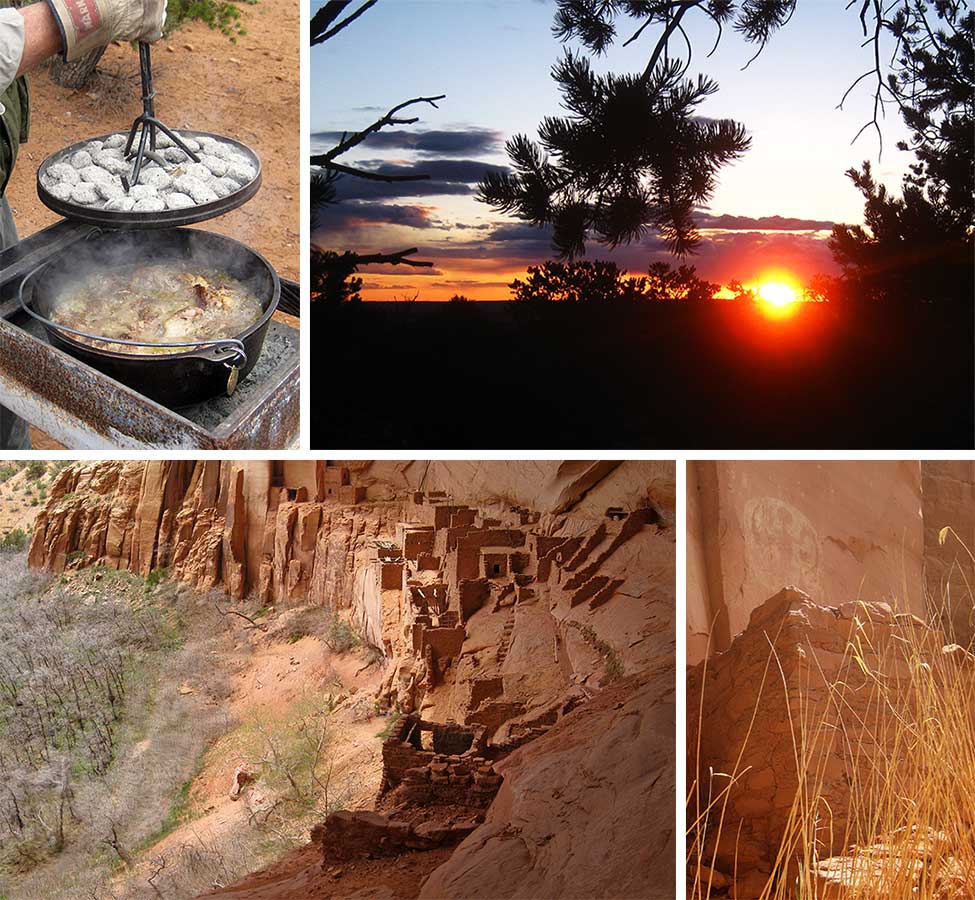 The next day we headed for Navajo National Monument for a much needed day of rest before the hike to Betatakin. Betatakin is a partially restored cliff dwelling managed by the National Park Service, and is an excellent introduction to the area for folks without the time or resources for a longer exploration. We awoke to another dusting of snow on our last morning in Navajo country, ensuring a beautiful drive home. 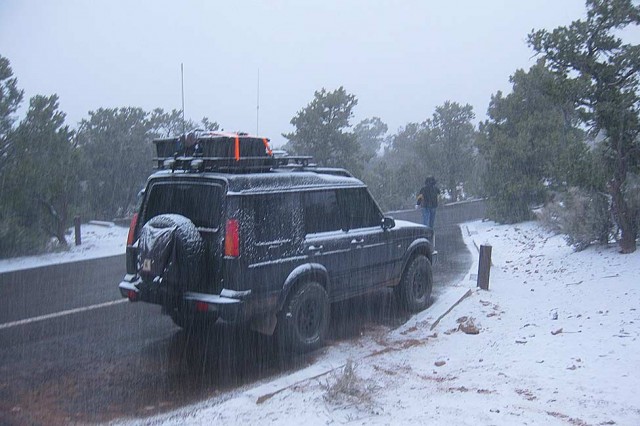 Many thanks to Dave at OAUSA for putting this trip together, Carlos at Simpson’s Trailhandler Tours for leading us on an adventure through the Navajo land and culture, and the Navajo people for their hospitality. For information on this and other adventures organized by OAUSA, visit their site.