I read somewhere that life on two wheels finds you free from walls and windows, which creates a vulnerability that breeds as much spontaneity as excitement. Fortunately, this has become true for us – I’m Lisa Morris and my partner is Jason Spafford, a pair of wanderlust seekers from Nottingham. We’ve sold our house and most of our belongings in order to finance a once in a lifetime trip ‘bottom up’ through the Americas. It’s very liberating when you liquidate your assets and pack your life up into a few boxes; it’s our time to break free from convention, be free as a bird and fly through space at the twist of a throttle. We’ve scuba dived the globe over the last fourteen years together, by-products of which can be seen through our videography, photography and travel writing. We’ve got an explorative appetite and it feels good to diversify, integrating our passions into something fresh. Riding from Argentina to Alaska for 12-18 months will be full of flavour to bite into.

We decided on the Americas because neither of us have been, apart from a scuba diving expedition to the Galapagos Islands. A Passage de Carnet is not necessary to travel anywhere in the Americas and most of the countries we’ll be riding through are fairly stable politically, so it just seemed like a perfect starting point in which to get a taste of motorcycling adventure.

In exchange for £2,400 each, we rode onto a Grimaldi container ship and accompanied our bikes across the Atlantic from Belgium to Montevideo, Uruguay. The crossing took twenty-seven days, incurring only a two day unscheduled stop to seek permission to unload cargo off the coasts of West Africa and South America. Friends asked beforehand if we needed to work our passage or sleep in a container – er, no to both! We saw it as a poor man’s cruise; passengers were secondary to the cargo although we were assigned a decent cabin with en suite, served three meals a day with good table wine and enjoyed the company of two other passengers. It was relaxed and we had ample time to dolphin-watch, indulge in some light exercise inside the basic gym on board and learn some Latin American Spanish.

Our initial aim saw us shooting down at full tilt on Ruta 3 from Uruguay to Ushuaia, the southernmost tip of South America, leaving after a fortnight just before getting snowed in. The pace slowed right down thereafter, meandering all the way up on the west coast crisscrossing through Argentina and Chile to see the best of both. Beyond Chile, we’d like to reach Brazil for Iguazu Falls rather than the World Cup, experience the natural phenomenas of Bolivia and Peru, soak up some greenery in the Amazon and scoot through Central America before hitting the States. Diving the kelp forests in California as well as visiting Yosemite and Yellowstone national parks will be high on the ever-evolving itinerary. The rurality of Canada and remoteness of Alaska awaits us thereafter. 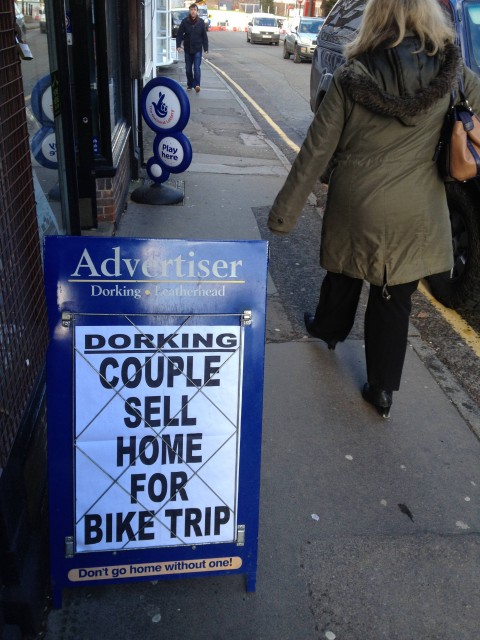 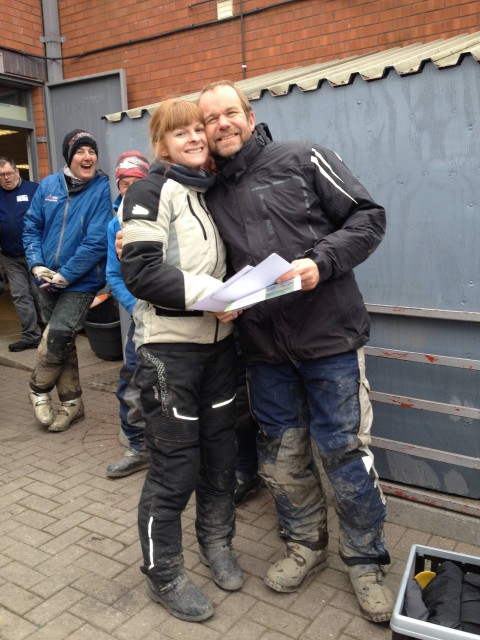 I’m in the saddle of a 2001 BMW F650GS that’s factory lowered and more affectionately known as Pearl. Pearl was a bike sourced on eBay at the right price so I took a gamble. Granted, she appeared in better condition in the pictures, although with a bit of hard graft in between umpteen cups of tea, Jason transformed Pearl into a shiny new penny. A trusty companion; she’s great fun to ride, has an additional sump guard over the original belly pan, heated grips and a radiator guard. Although Jason drooled over his R1200 GSA, a brilliant bike ‘two up’ when we toured through Europe for example, he felt it wasn’t the weapon of choice for the Latin American dirt roads we had in mind. Hence, he acquiesced and downsized. He now adores his BMW F800GS despite the two niggles he had, which were the rock-hard seat and un-fit for purpose screen. Opting for an Airhawk seat, an inflatable cushion gives Jason around twice the mileage before his derriere goes numb. Investing in a Touratech fairing cost a pretty penny but performs well in shielding him from the wind. Jason has further modified his bike with a custom belly pan and heavy-duty engine bars. The F800GS is a tall bike against Jason at 5’ 8” – the engine bars are doing a remarkable job for the number of times he drops it! 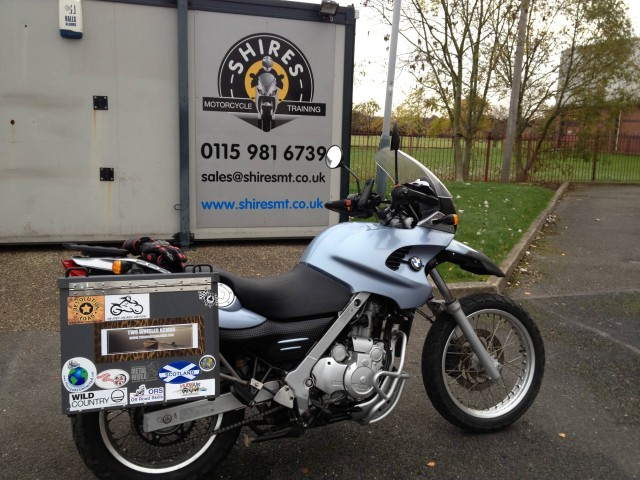 Meeting travellers, the locals and fellow motorcyclists en route – spending time with new people, sinking into a place and their way of living for a while draws the biggest appeal of a trip like this. That and the Bolivia’s Salar de Uyuni salt flats, in fact anywhere there is big desolate spaces in which to go astray for Jason. We’re only three months and 6,000 miles in and already the Argentinian hospitality has touched our lives in a way we never dreamed possible. Personal growth and travelling go hand in hand, we are becoming the happiest and friendliest versions of ourselves.

Jason has twenty-five plus years riding experience on me, in fact, before the start of 2012 I’d never ridden anything other than a bell-jingling donkey on Blackpool Beach. Perfectly contented as a pillion, I casually entered my name down into a competition at the NEC’s Motorcycle Live and won a ‘taster session’ on an automatic 50cc ‘My First Bike’! I never looked back. In a few short months, I went from zero to ‘Lets go!’ I passed my test first time with the highly professional Shires Motorcycle Training School across the Derby and Nottingham sites whose instructors and staff were nothing but patient, accommodating around my work schedule and approachable. Heartfelt thanks also goes to Simon Pavey’s BMW Off Road Skills School in South Wales – without his staff, particularly Jenny Huntley I’d still be nervous taking my bike off tarmac. I loved training in a mixed group of six trainees; it was superb fun to try and out-do the guys on some of the exercises! The off-road training transformed my road riding too. This endeavour – on all types of terrain – has become an addictive way of life. 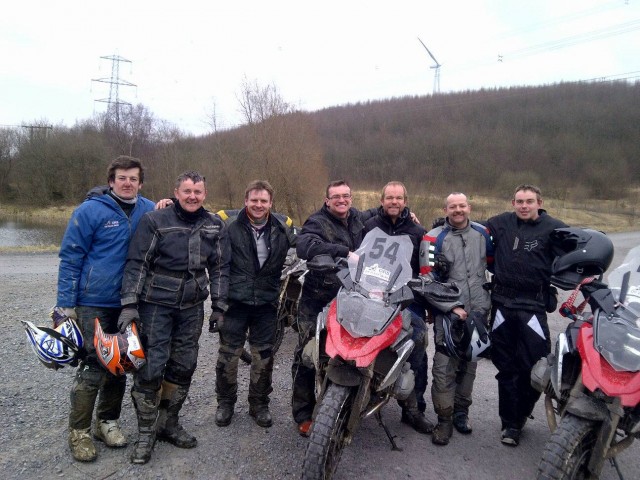 My fears differ somewhat to Jason’s apprehensions. Having only passed my test in 2012, I hope I can fully embrace the learning curve so my riding ability doesn’t end up dictating where we go. Completing the BMW Level 1 course with Off Road Skills is already reaping rewards for me when off tarmac. As someone that wasn’t a natural rider, getting in some practice beforehand was a must! Jason is a fairly relaxed guy and hasn’t had any real issues about the trip. It would be mortifying though if we weren’t able to accomplish the journey we’d set out to do because of a mechanical catastrophe or other unforeseen incident. Although I have to agree with Ted Simon – it’s often the interruptions not the destination that make not break a trip. 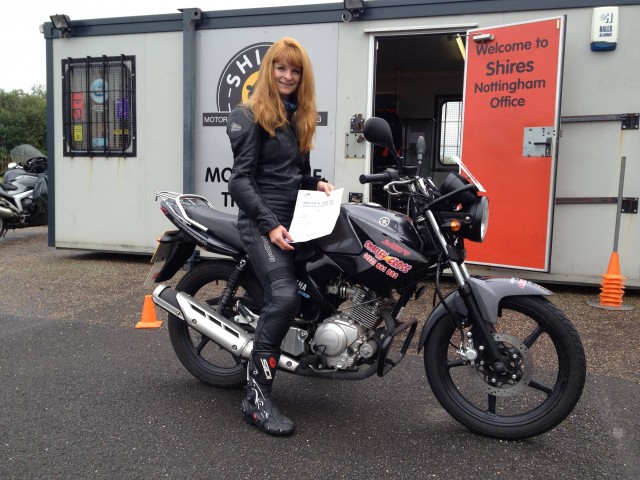 Our inspiration has to be attributed to the likes of Austin Vince and Sam Manicom. Austin Vince zoomed around the globe twice over, before Ewan and Charlie without any support vehicles carrying the bare minimum of gear. His wife Lois Pryce also gets my vote by riding through the Americas, by herself. And Sam Manicom’s Tortillas to Totems left me feeling that riding through the States should be on everyone’s ‘bucket list’ – all living legends.

In terms gear, we’ll be carrying lightweight camping equipment including a homemade ‘beer can’ stove, an adopted idea from Tom Allen’s bicycle trip. When we feel like wild camping, we can just push the side-stands down somewhere discreet for the night and pour a glass of red! In terms of tools, we’ll have only those in which to carry out basic maintenance and repair as space is at an absolute premium in two 38 litre Metalmule panniers and a roll bag each. Our specialist tools include a chain breaker/riveter, Motion Pro tool kit and bead breakers for changing tyres. Headlight bulbs, clutch and brake levers, brake pads, oil filters, clutch and throttle cable repair kit comprise our spares. A bag of zip ties, spare nuts and bolts, fuses, spare electric cable, gaffa tape and metal putty as the useful odds and ends. 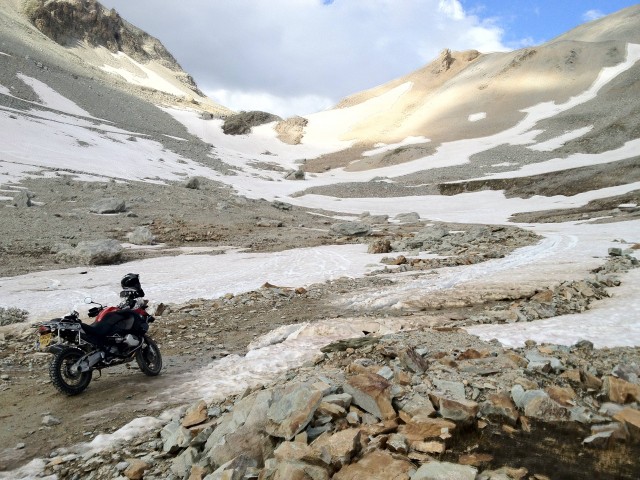 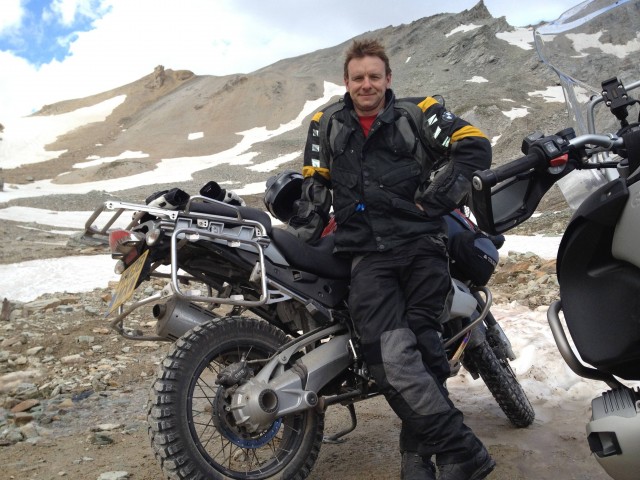 We’re relaying our experiences in a travelogue as they unfold and with the help of three GoPros and a Nikon D800, capturing the dramatic landscapes, diverse cultures and wildlife of the Americas. We both love travelling on and off road, in and out of the saddle; shooting aerial footage from our quadcopter – a remote controlled aircraft that enables a GoPro camera to film as it flies – is another great way we try to encapsulate the essence of why we should all travel.

As we’re now homeless, without off-spring and free from the 9-5 job, what better time to embrace some life-changing adventure. Over the next year and a half, we’ll wend our way up the Americas on from Patagonia to Prudhoe Bay. We’d like to see as many countries by means of the scenic routes and back-roads where possible, trying our best to stay off the freeways and highways. I have no idea when we’ll get to Alaska or what we’ll do when we arrive; I only know that the world is open and calling. Life is for living, why not live it loudly! www.twowheelednomad.com