Welcome to Part Two of our four-part series on our Land Cruiser Troopy Camper Conversion. We pick up the story in Cape Town, South Africa, as we kickoff fitment and begin working with Paul and the teams at R&D Offroad and Alu-Cab to transform our build requirements into detailed construction specs. We also make a trip up to the Kalahari Desert to break in Maggie and spend some much anticipated time in the African bush.

If you missed the first installment of this amazing project, you can find it here: Troopy Part One 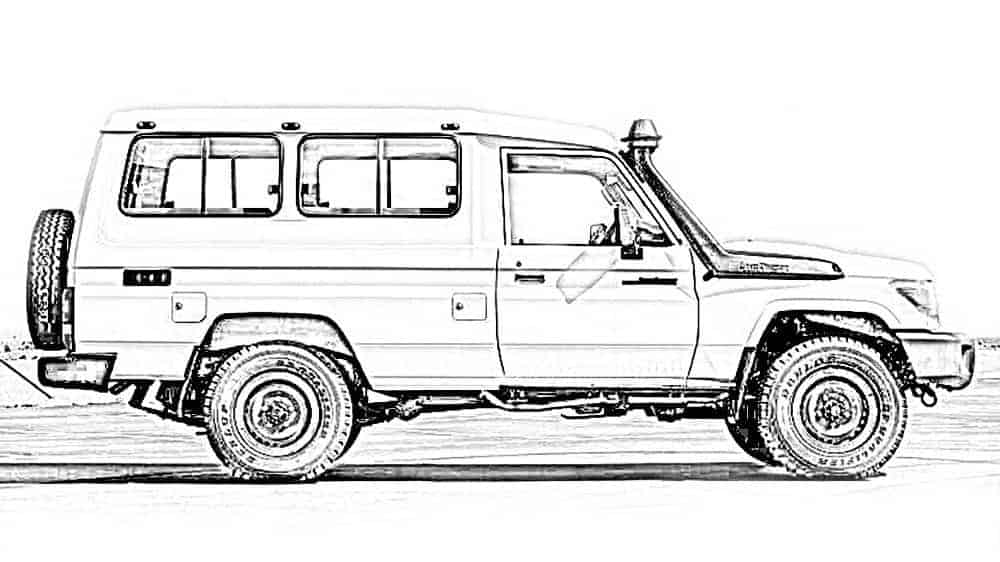 Work Gets Under Way 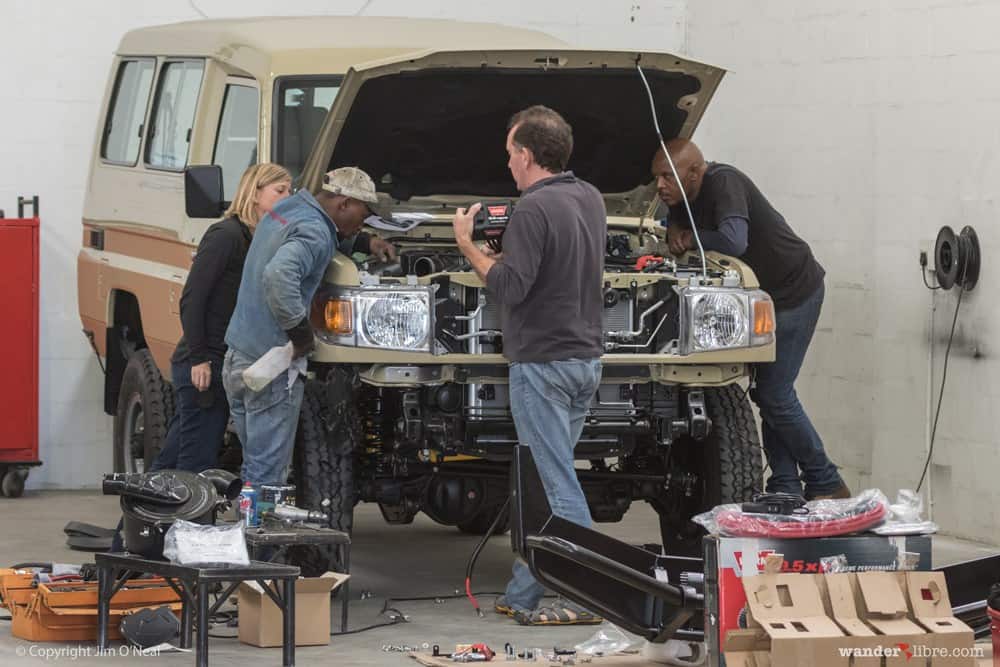 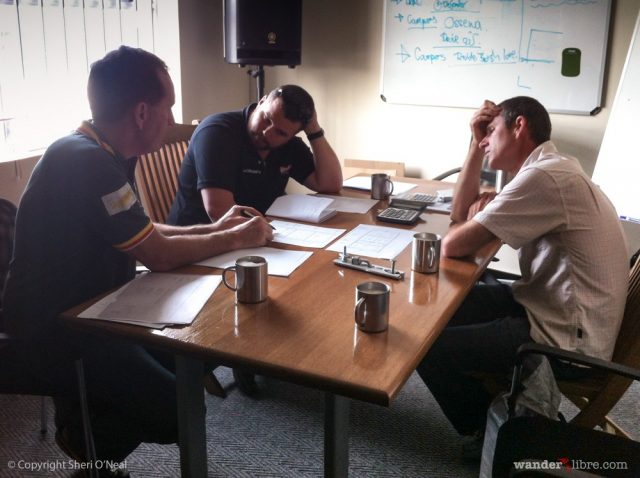 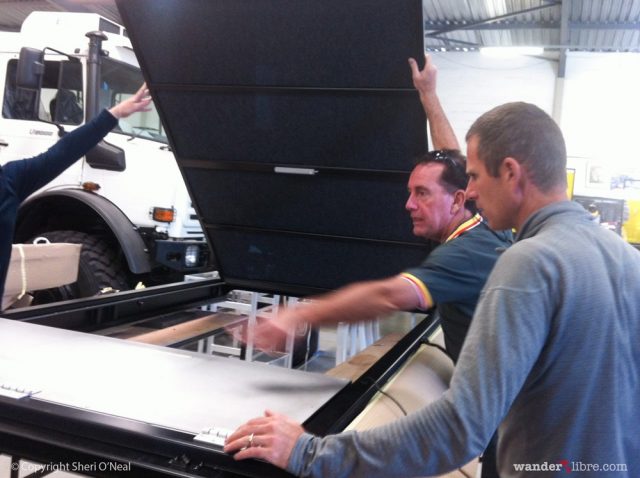 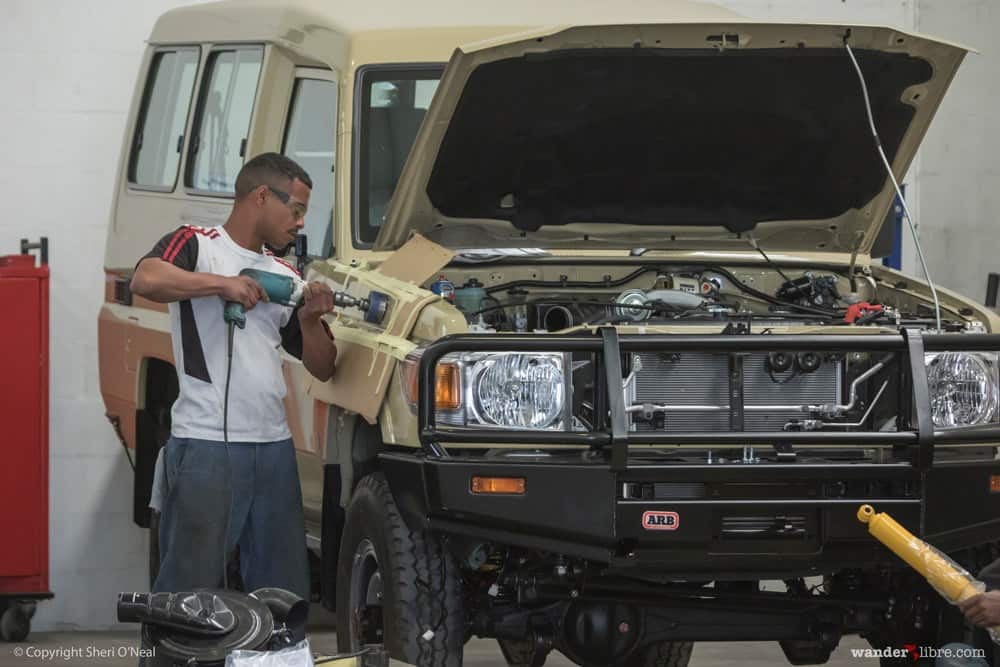 Our little Land Cruiser was far from ready for our upcoming trip, but she was starting to look the part. 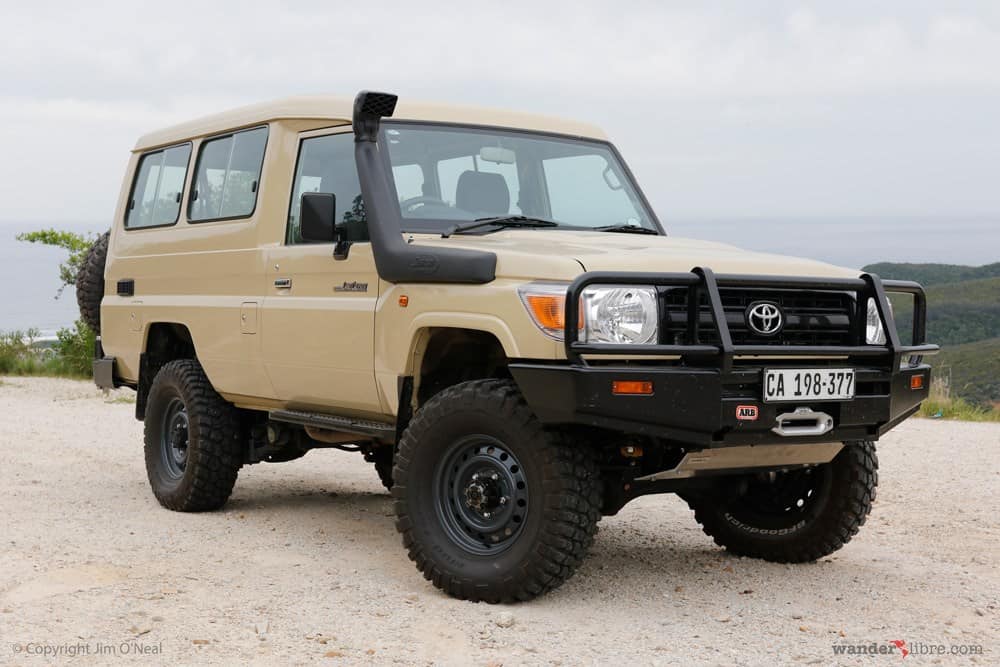 Fitment was mostly complete and it was time for a break-in run. For that, Sheri and I traveled to Kgalagadi Transfrontier Park. Straddling South Africa and Botswana on the southern flanks of the Kalahari Desert, Kgalagadi is on the wilder side of South Africa’s game reserves. Traversed by sandy tracks and teaming with wildlife, it was an ideal spot to test equipment and spend some time in the African bush.

From the moment we set off for Kgalagadi, we felt at home. Traveling in Maggie felt familiar. While only a short test run, it felt like we were traveling overland again in Betty, bouncing our way through the African bush. It was almost like picking up where we left off in 2008.

To be clear, Maggie couldn’t have been less overland ready. She may have looked the part, but she was far from the comfortable home we aspired to create. Not to put too fine a point on it, but our camp was an exercise in minimalism. We had no bed. No water storage. No kitchen. No shower. No toilet. And importantly, we had no bug protection. What we did have were two mattress pads, sleeping bags, and an alcohol camp stove. That’s it.

Now, in fairness, when Paul and Chris (the owner of R&D) heard we were headed for Kgalagadi, they produced enough camping kit to furnish a Red Cross field hospital. It’s the South African way. The only thing South Africans love more than their time in the bush is a comfortable camp. Within minutes, they produced a bedroll the size of a waterbed, a tent big enough to do service at a luxury safari lodge, and a refrigerator suitable for a commercial kitchen. They pulled out tools, recovery gear, and pretty much anything else we might need. It was most generous of them. But alas, we declined.

You see, we have a long history of car camping trips with less than optimal kit, and this was no time to up our standards. Once, Sheri and I went to the Tour de France with my brother and sister-in-law. Instead of using tents, we parked alongside the next day’s stage and slept on top of each other in our Euro sized rental car. Another time, we were invited to present at the Overland Expo in Prescott, Arizona. Everyone camped in well-equipped overland rigs. Except us. We, on the other hand, camped amongst them in a small two-door rental car and tiny ground tent. A tent in which we forgot the poles, which effectively meant we camped in a sack.

In Part Three, the heavy lifting begins as Alu-Cab gives Maggie a haircut to make room for her new pop-top roof and R&D Offroad fabricates her custom interior. – JO

To read this installment of the Wander Libre Troopy build in full, click on the banner below: