The awkwardly named Specialty Equipment Market Association is holding its annual bash in Las Vegas. It is one of the largest showcases of aftermarket automotive parts and accessories on the planet, which is why we generally eschew its full title for the shorter and instantly recognizable, SEMA.

However, SEMA isn’t just for the aftermarket any more. Over the last decade or so the big OEMs have started to pay more attention to the event, which now attracts 160,000 attendees, 3,000 members of the press, 70,000 retail and wholesale buyers, and over 2,400 exhibiting companies. All of this is spread out over 6.5 million square feet of indoor and outdoor convention center space. With numbers like that, it’s understandable why in recent years the likes of Ford, Chevrolet, Lexus, and Jeep have had a big presence at this big show. 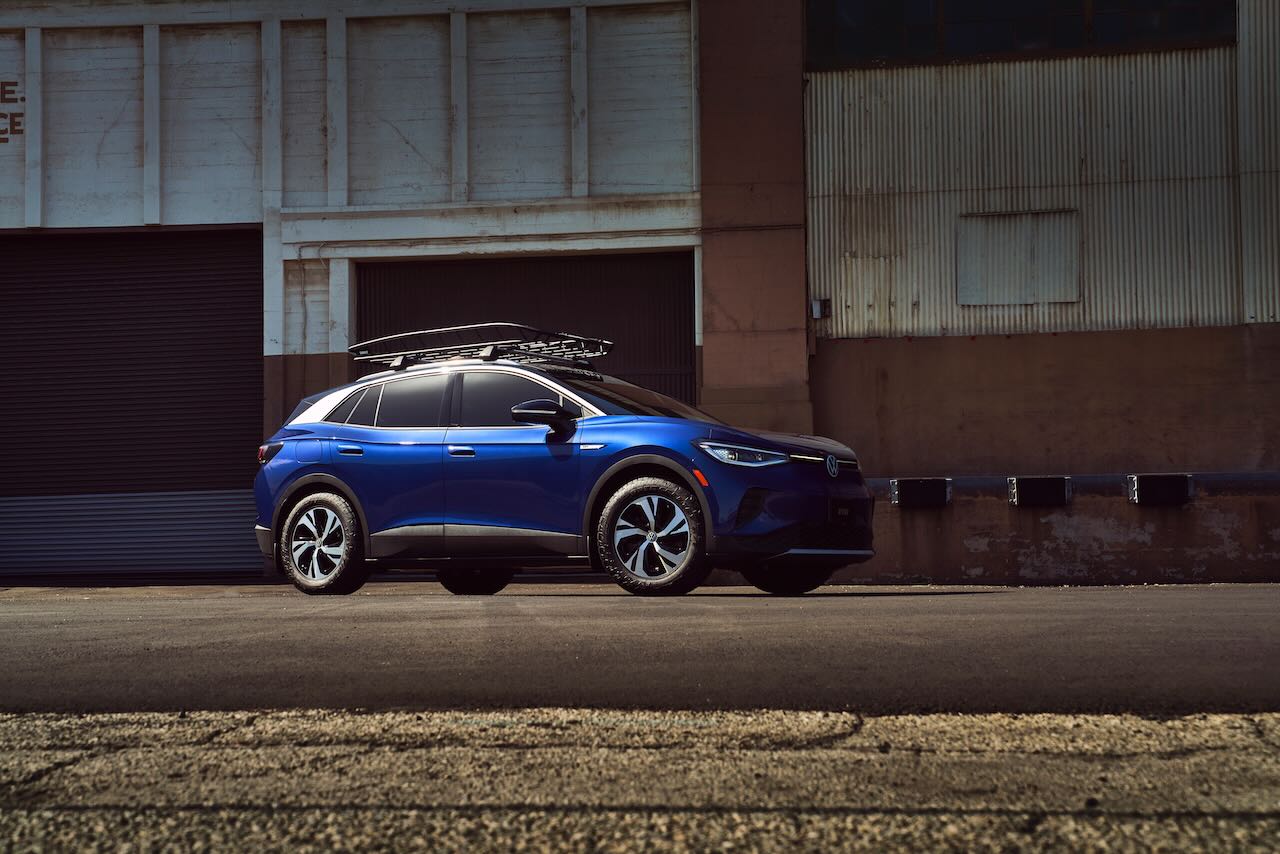 Another recent trend at SEMA has been the rise of the adventure travel and overland niches, both for the aftermarket and the OEMs. Increasingly, manufacturers like GMC, Subaru, and even Honda have been playing to this segment of the market by touting factory “overland builds”, complete with off-highway-friendly upgrades like beefed up suspension, skid plates, and onboard air compressors, as well as lifestyle accessories like roof racks and roof tents.

As Scott Brady reported, Toyota has brought the heat at SEMA 2022 with a number of impressive (one could even say over the top) overland builds. RAM and Jeep showed off some radical hardware in Las Vegas as well. Other brands are taking a more subtle approach, one of which is Volkswagen. 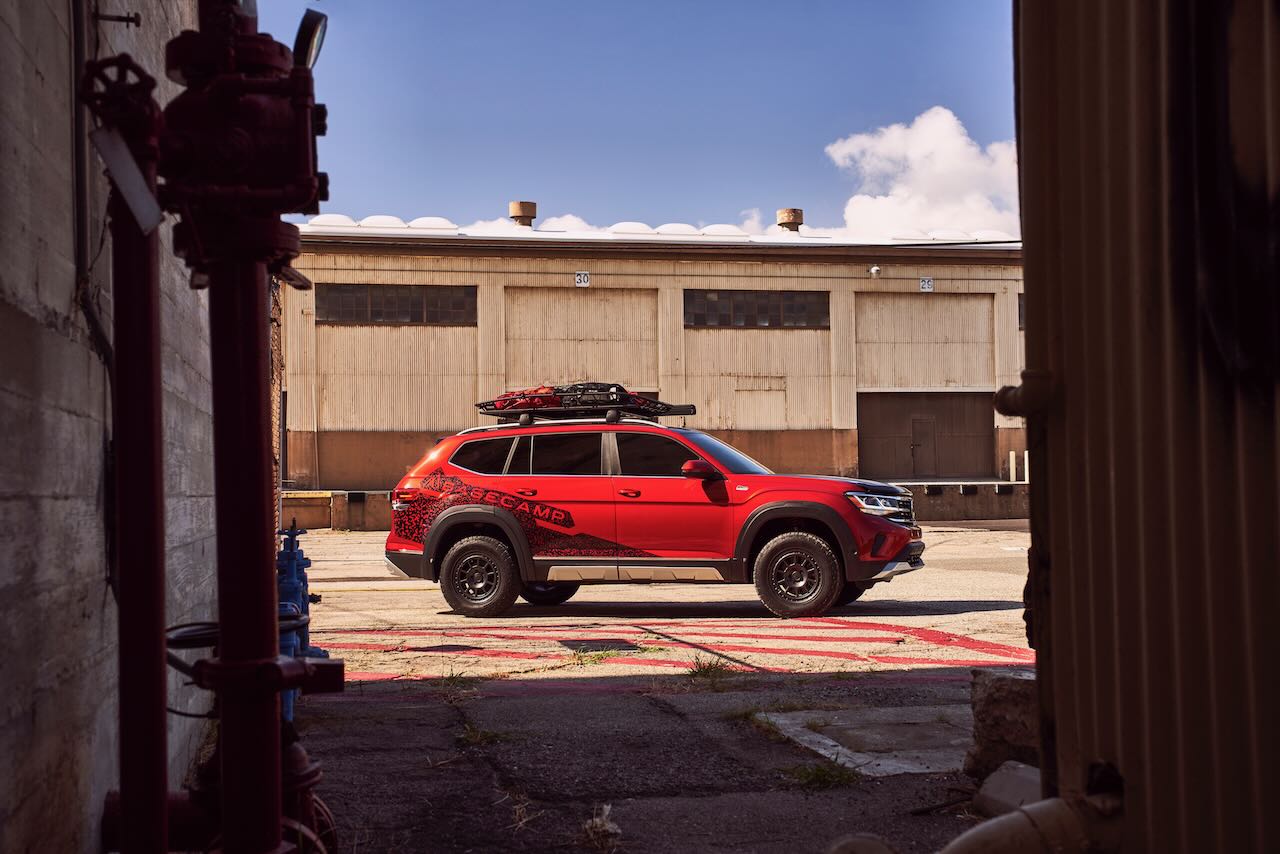 The Atlas, besides a toughened up appearance package, features an H&R raised suspension, utilizing Street Performance Adventure Lift coilovers and TRAK+ wheel spacers. Custom floodlights adorn the front end, and 17-inch fifteen52 Traverse MX wheels are wrapped in 245/70R17 all-terrain tires to add an aggressive look to match the off-road styling. To increase the versatility of the Atlas, the concept has a Volkswagen Accessories cross bar and Thule basket and side awning, as well as a prototype 2-in-1 Air Pump by NSV incorporated in the trunk area to inflate a camping mattress or sporting equipment. 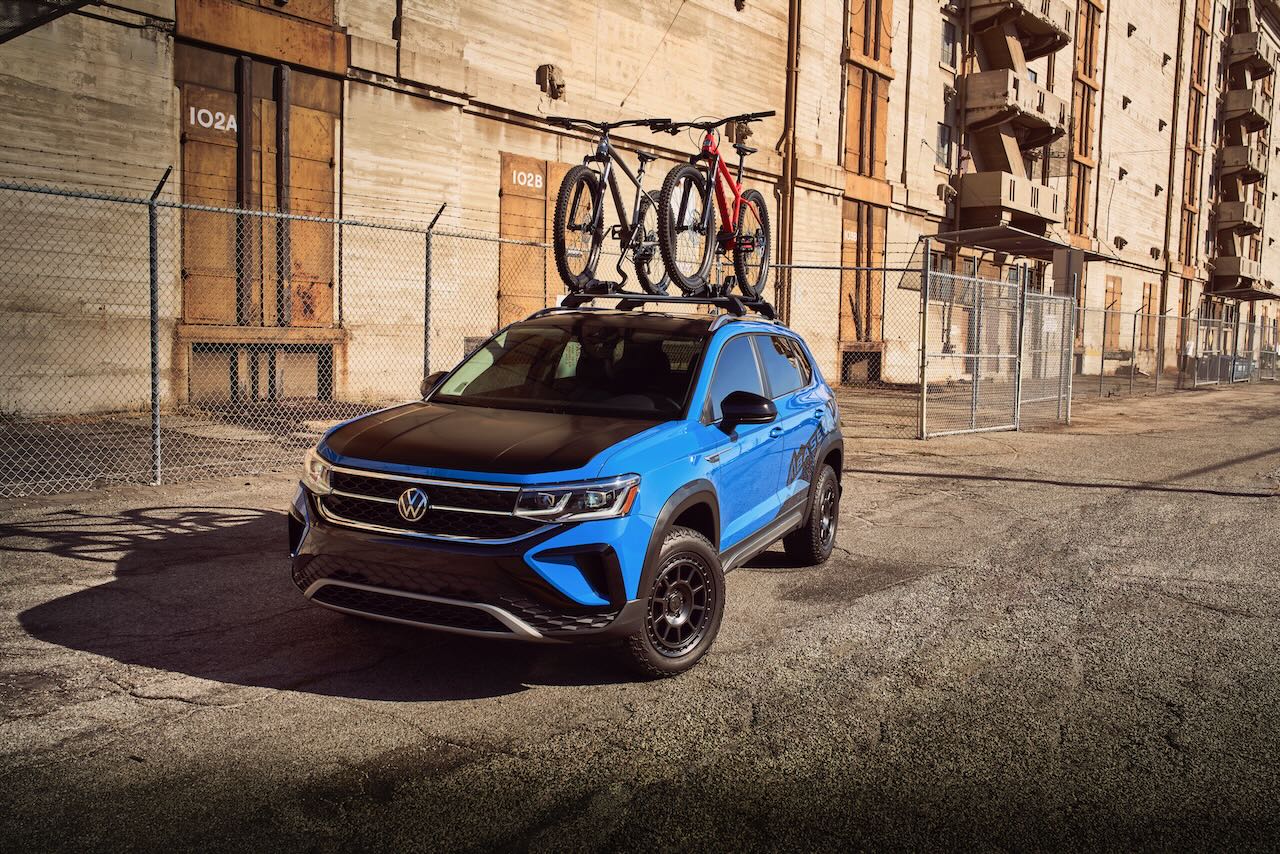 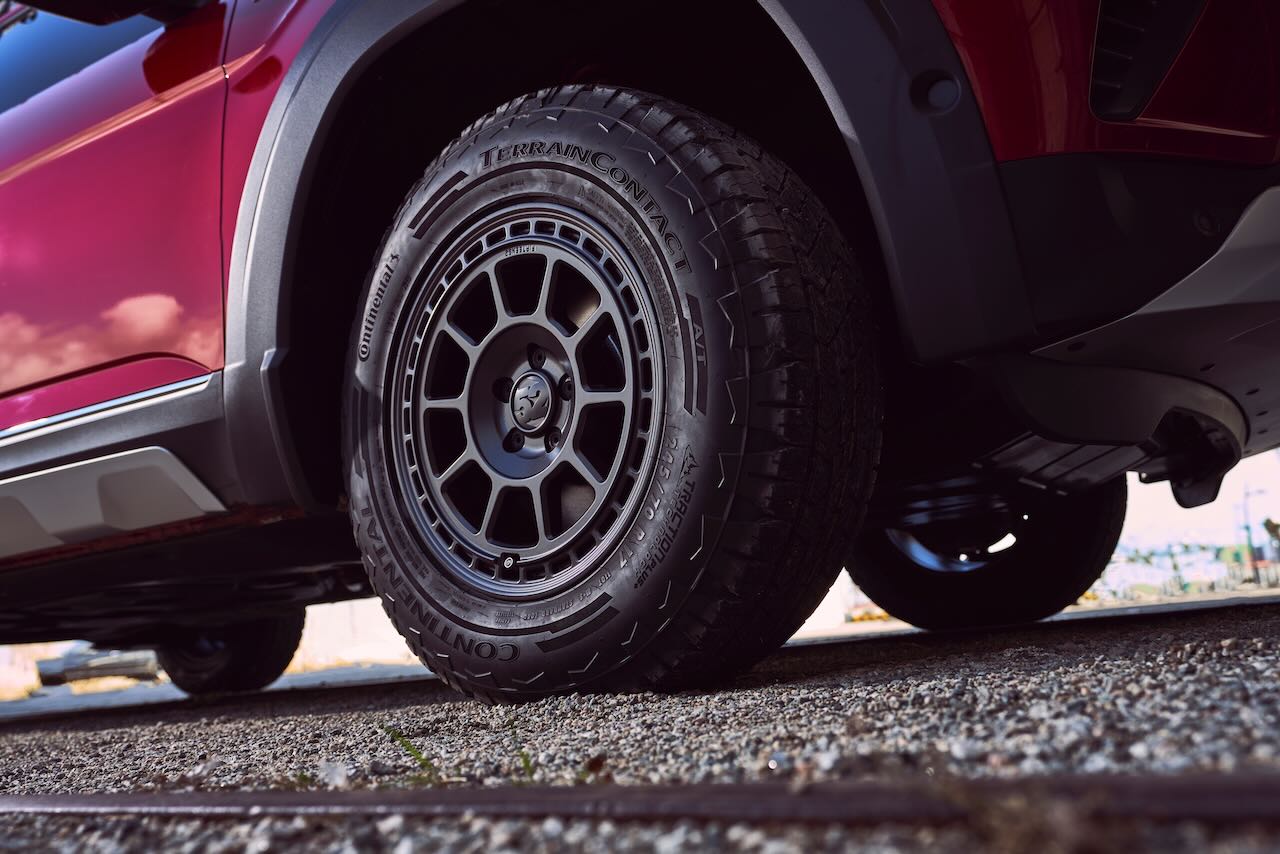 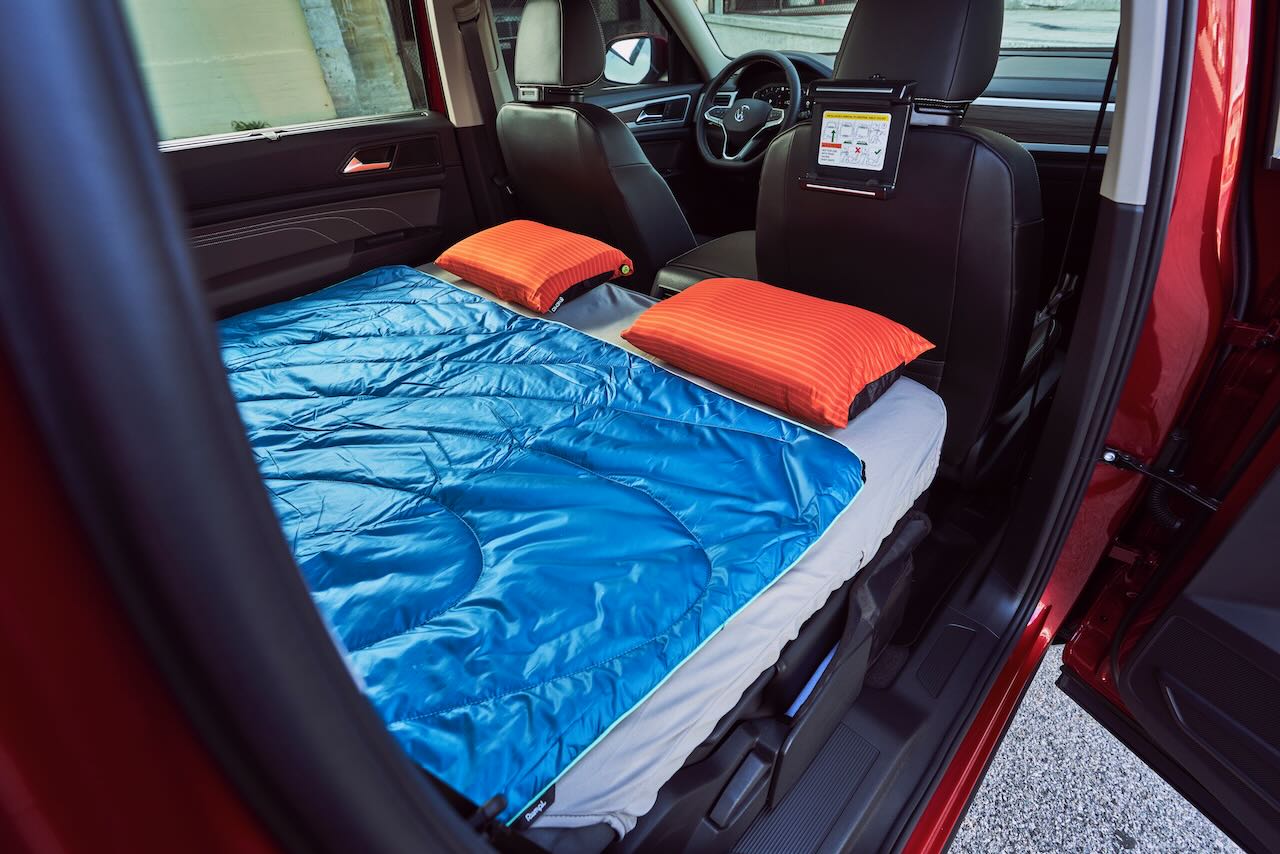 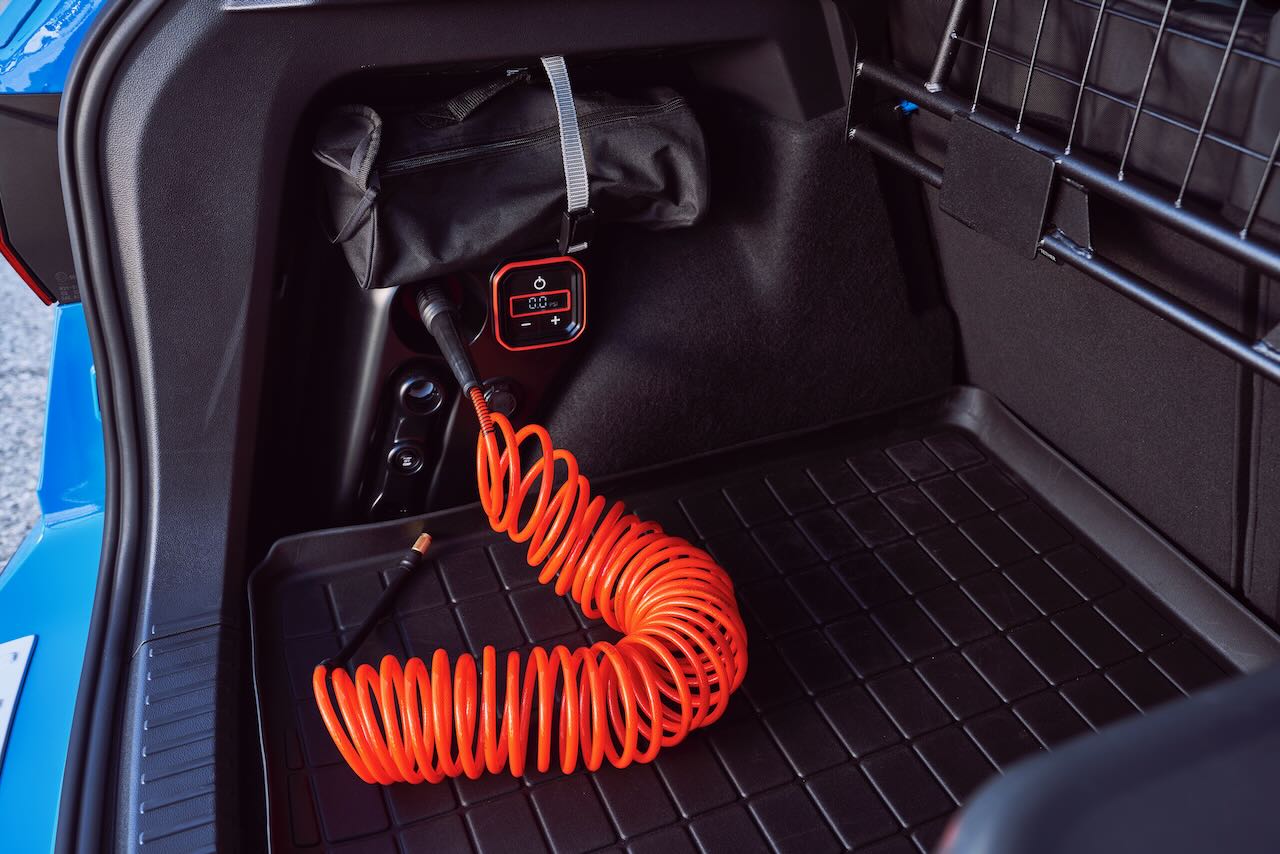 Radical rock crawlers these SUVs are not, but I think the aesthetics are an improvement over the more pedestrian Taos and Atlas models, and with VWs 4Motion all-wheel drive system they’ll be plenty capable for 90% of the trails most adventurous families will tackle. You can order Basecamp accessories and kits for your Taos or Atlas at your local VW dealer, which can also install them.

You can see more about the VW Basecamp concepts here.

Stephan Edwards is the Associate Editor of Expedition Portal and Overland Journal. He and his wife Julie once bought an old Land Rover sight-unseen from strangers on the internet in a country they'd never been to, and drove it through half of Africa. Currently based in Montana, he still drives that Land Rover every day. Stephan's travel and automotive writing and photography have appeared in Road & Track, Overland Journal, and Adventure Journal. Find him at @venturesomeoverland on Instagram.