Although it had been around for ages, it was high time for REI to retire the Novara bicycle line. Discerning cyclists never really warmed to the label, quick to dismiss it as an entry-level house brand. To be fair, that is essentially what it was. For 2017, REI made the decision to give their bike department a comprehensive reboot, and central to that was the launch of their new line of Co-Op bikes. Aimed at their core customer, the adventure rider with aspirations to traverse gravel roads and twisty singletrack, it is a focused assortment of bikes with approachable pricing.

Because I prefer to burn my miles on mountain trails, often over the span of several self-supported days, I chose to evaluate the top tier mountain bike in the Co-Op line, the DRT 2.1. With so many different wheel sizes available to the consumer, a selection process that gets confusing and even discouraging, the DRT 2.1 is shod with the relatively new 27.5 plus format. Not too skinny nor too fat, it has all of the large diameter advantages of a 29er with extra tire volume to soften the ride and provide a more reassuring contact patch for optimal control. I’m not a disciple of any particular wheel size, but I do believe 27.5 plus is the way to go for a bike designed to serve the adventure set. 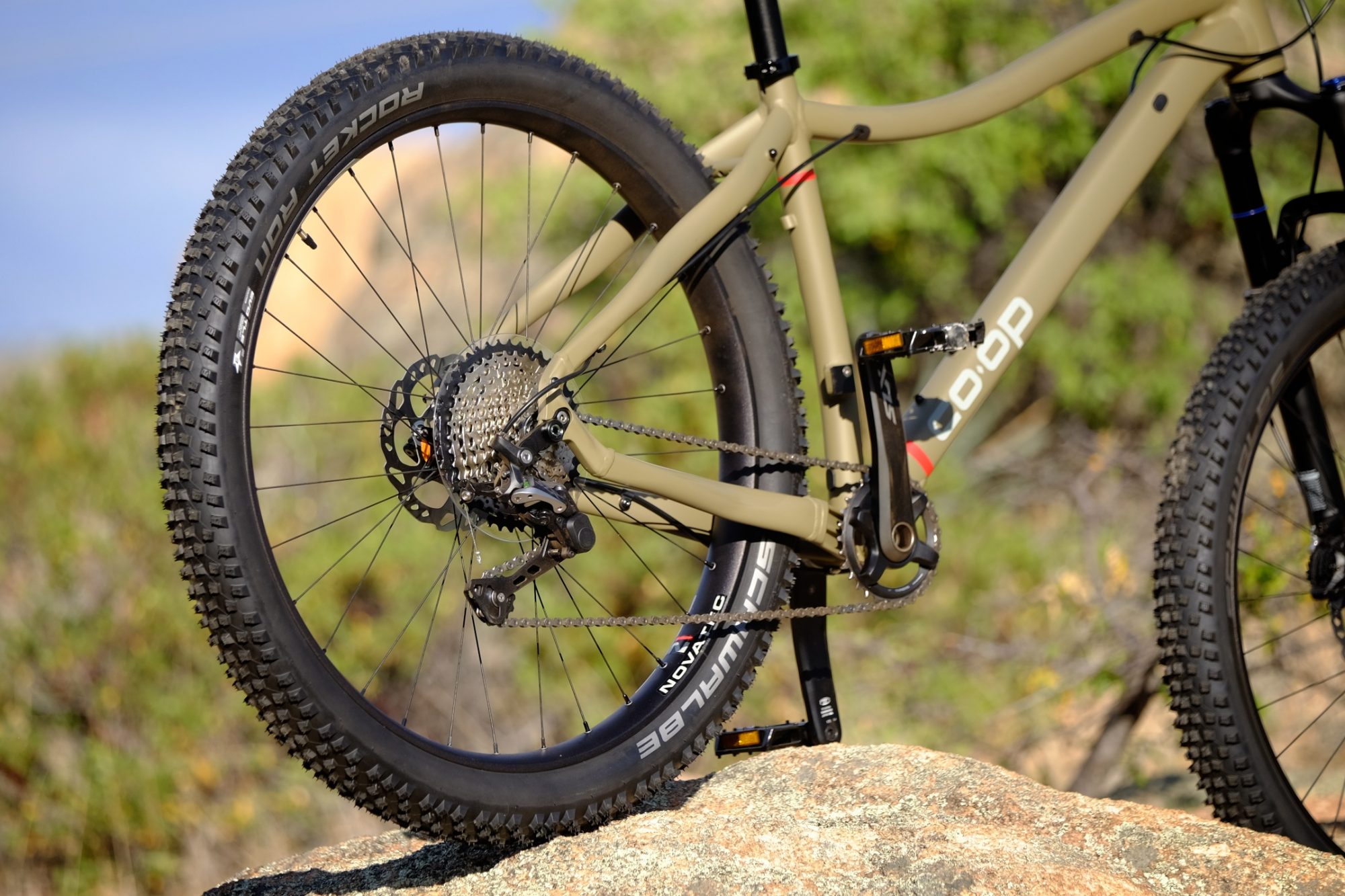 With an MSRP of $1,600, the DRT 2.1 isn’t cheap, but it is certainly not a bad value. Bike prices have sky rocketed into the realm of the absurd, so the bulk of Co-Op bikes are priced within reach of most consumers. For the spend the DRT 2.1 is well sorted with a full Shimano SLX 1×11 group including the crank and brakes. The SLX kit is virtually infallible and it’s nice to see Co-Op not succumb to the mix-and-match assortment many companies resort to as a means of trimming a few bucks off the final price.

The other major investment made to the build kit is the X Fusion McQueen 120-millimeter suspension fork fitted with an RL2 damper. I’ll be the first to admit I’m a relative newb to X Fusion forks as most of my bikes are fitted with stalwart offerings from Rock Shox and Fox. After a few modest tweaks to the setup, and time to let the fork bushings break in, I was impressed with the ride quality. The bar-mounted lockout lever is a nice touch and a feature seldom found on what I consider a well-priced fork. You can read that as “budget,” but the performance belies the price. 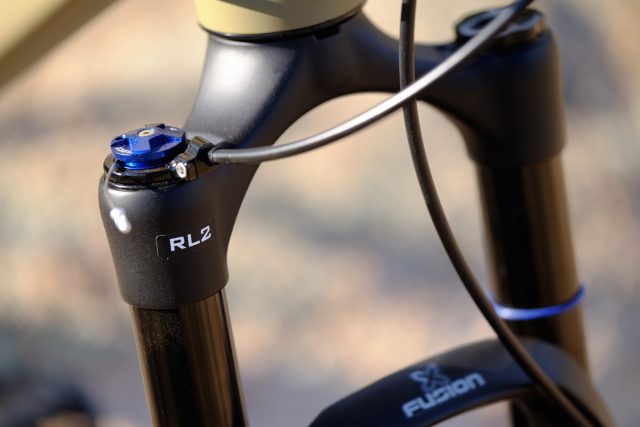 It’s important to note that REI is no stranger to bikes, nor are they new to product sourcing. When it came time to complete the buildout of the DRT 2.1 they opted to seek out their own bar, stem, post, and other trimmings. Badged as Co-Op components, they’re nothing exotic, but that’s what helps keep the cost in check. Maybe you can tell the difference between a $25 seat post and a $125 version, but my butt isn’t that smart.

The Schwalbe Rocket Ron 2.8 tires are some of my favorites for ride quality, but here in the Southwest where everything gnashes at tire casings, I’m inclined to swap them out for something a bit more durable, particularly if I ride many days with the bike fully loaded. The rims are Co-Op branded and paired to Boost spaced Novatec thru-axle hubs. I was pleased to see they left the seat-making to the pros and capped the DRT 2.1 with one of my favorite sitters: a WTB Volt Sport saddle. 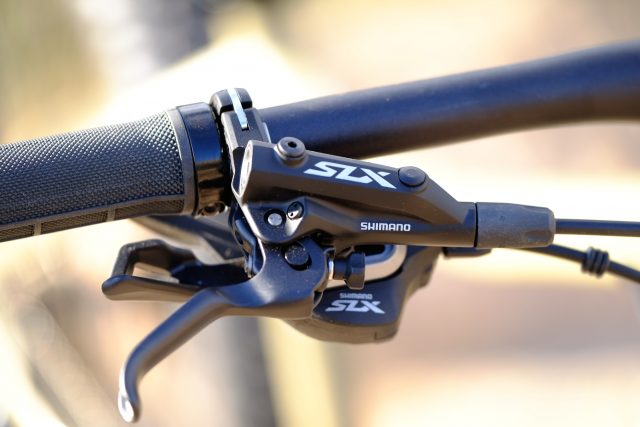 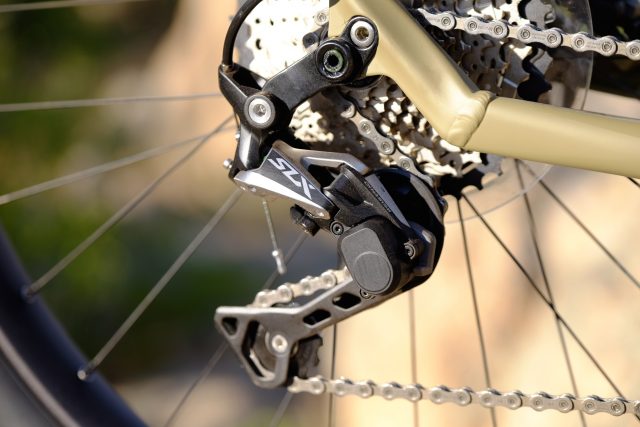 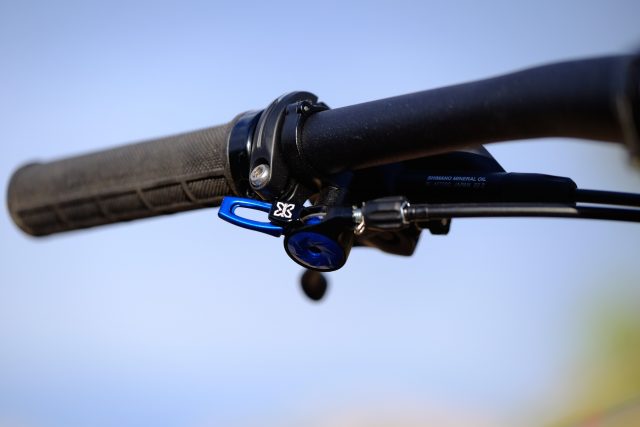 If you thought I was going to not mention the frame, it might be due to the fact there’s not really much going on there. I don’t want to imply it isn’t a fine piece of 6061-aluminum hydro-forming, but this bike is best appreciated as the sum of its parts—which includes the frame. I have a hard time keeping track of frame bend trends, but the downward curve in the top tube looks a little droopy. I also opine the loss of storage capacity it creates in the main triangle, an essential consideration when strapping a frame bag to that space. Fortunately, once atop the bike that saggy tube is out of view. I also realize I have beanpole legs so stand-over is seldom an issue for me. Some riders will benefit from the low stand-over.

There are nice touches to the frame details including internal cable and line routing to declutter the main frame. That makes bag attachment a little cleaner. The seat and chain stays have curvaceous lines to improve tire and heel clearance. Rack mounts are provided to support the adventure-mission, although the lack of bottle mounts under the down tube is a bummer. 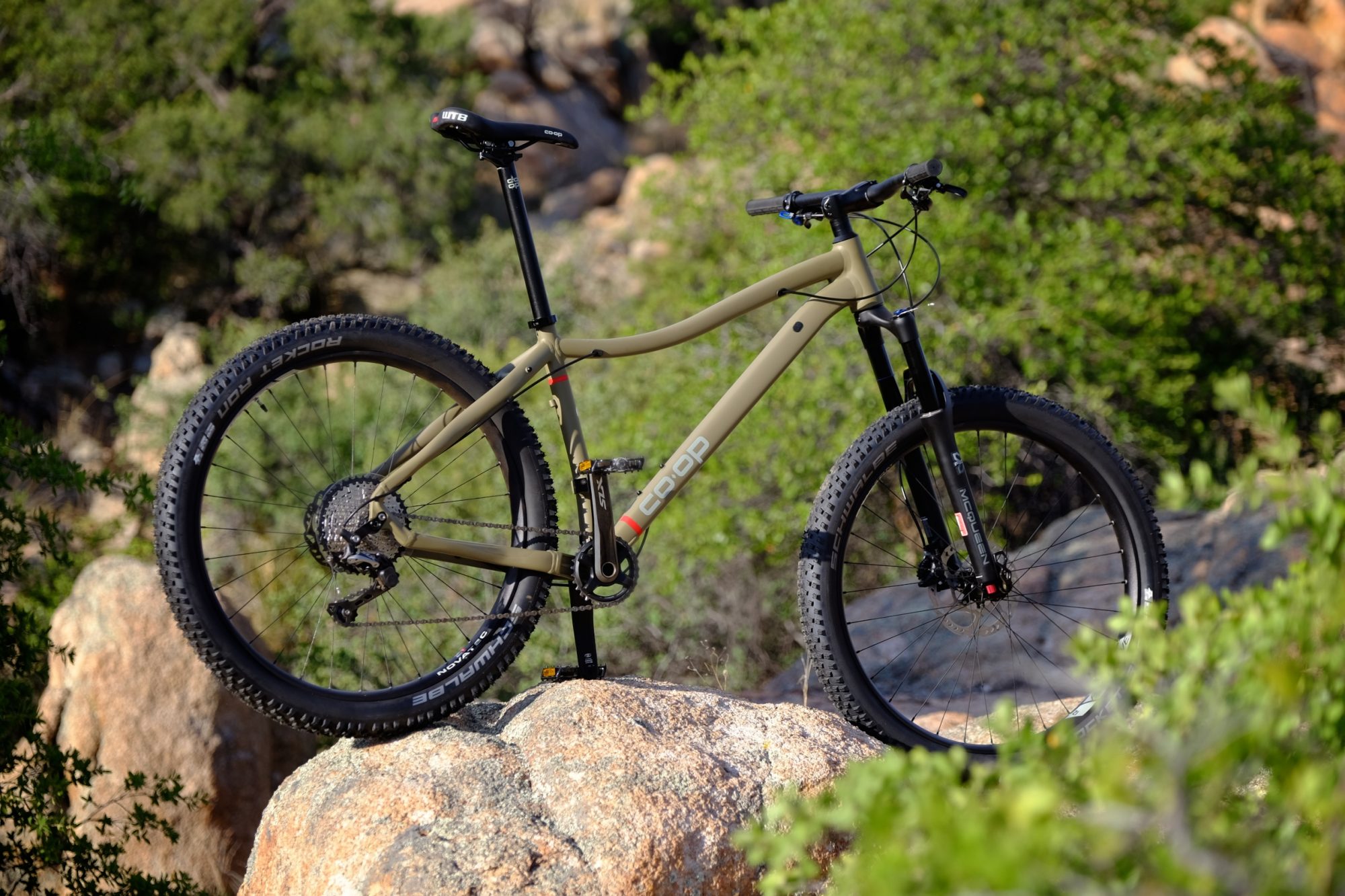 All of the above matters not if the ride doesn’t live up to expectations, and I’m happy to report it really is a fine riding machine. The first dynamic attribute I noticed was the slightly timid steering response, probably due to the 435-millimeter chainstays. I wouldn’t go so far as to say they’re long because they feel quite stable when the bike is loaded with a weekend’s worth of gear. Overall the bike is stiff, nimble, stable, and once again the fork greatly improved the experience. For that reason I would be reluctant to dip too far below the 2.1 in the DRT lineup.

With its 30-pound claimed weight, I wouldn’t call it a heavy bike, mostly because it’s very easy to put it on a quick diet. Removing the inner tubes and chunky pedals instantly cut several ounces out of the heft, but I’m not one to sweat the grams, particularly when I plan to use it as a high-speed donkey to shuttle my gear into the woods. Anyone inclined to complain about the weight is just being dramatic and would do well to lay off the doughnuts. 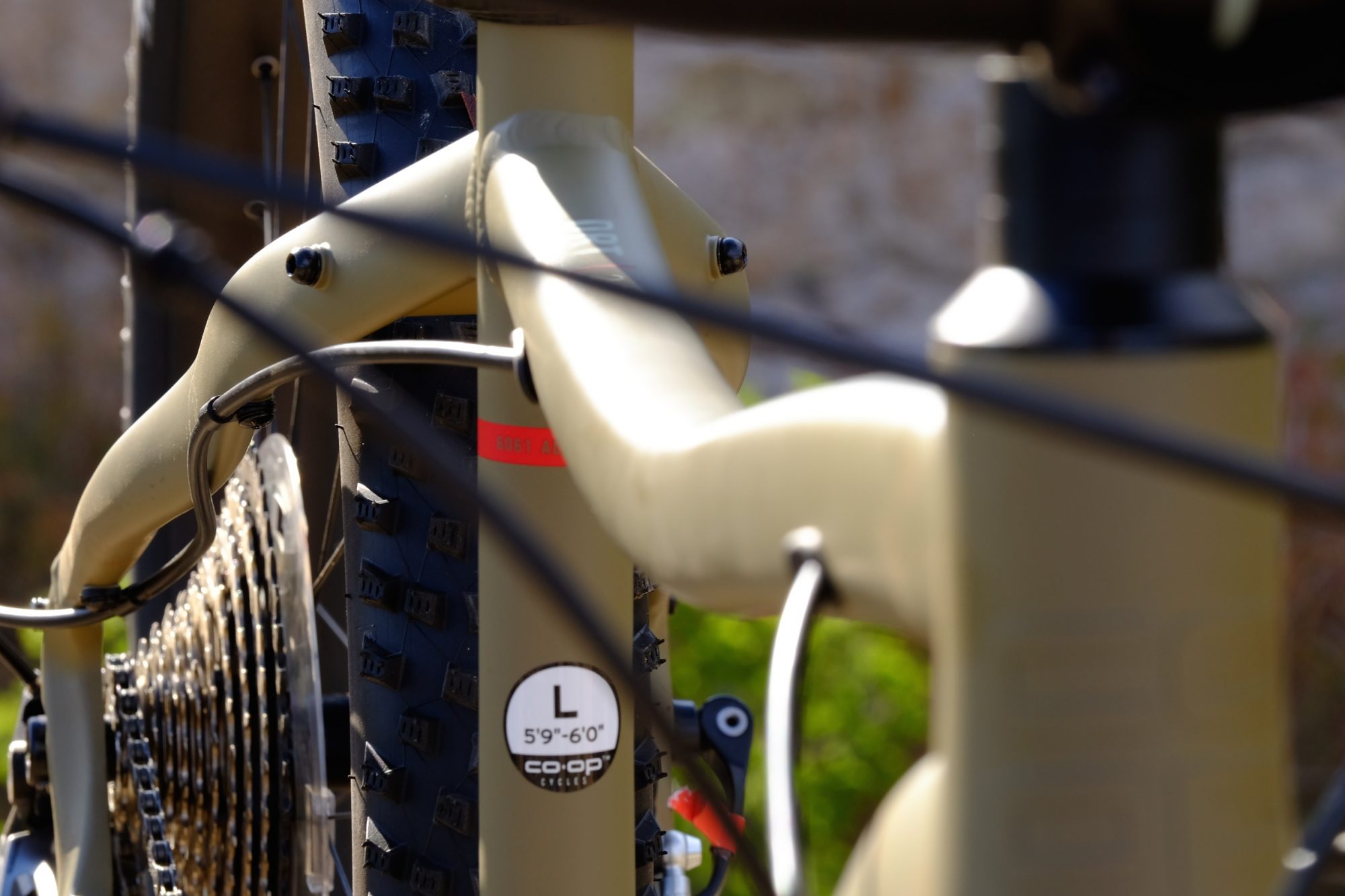 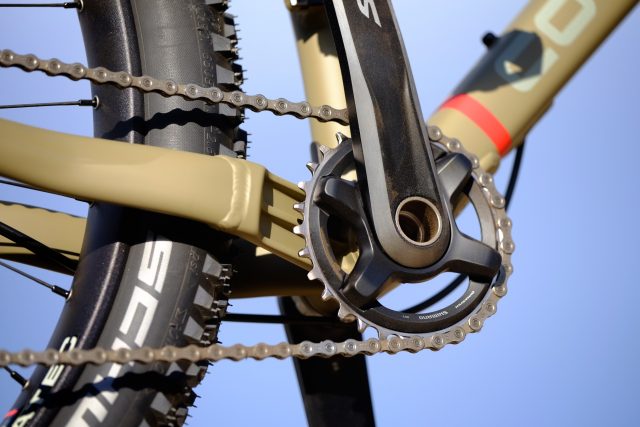 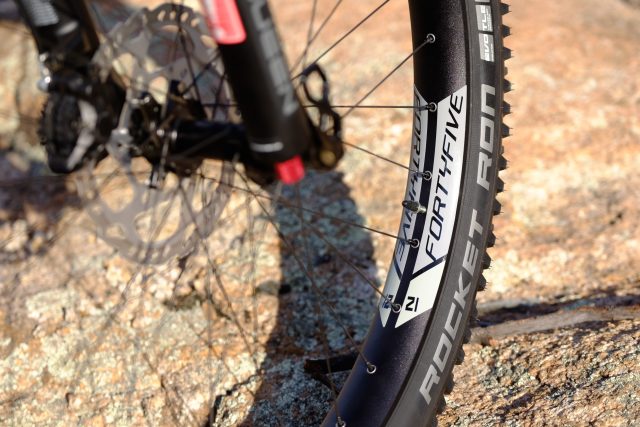 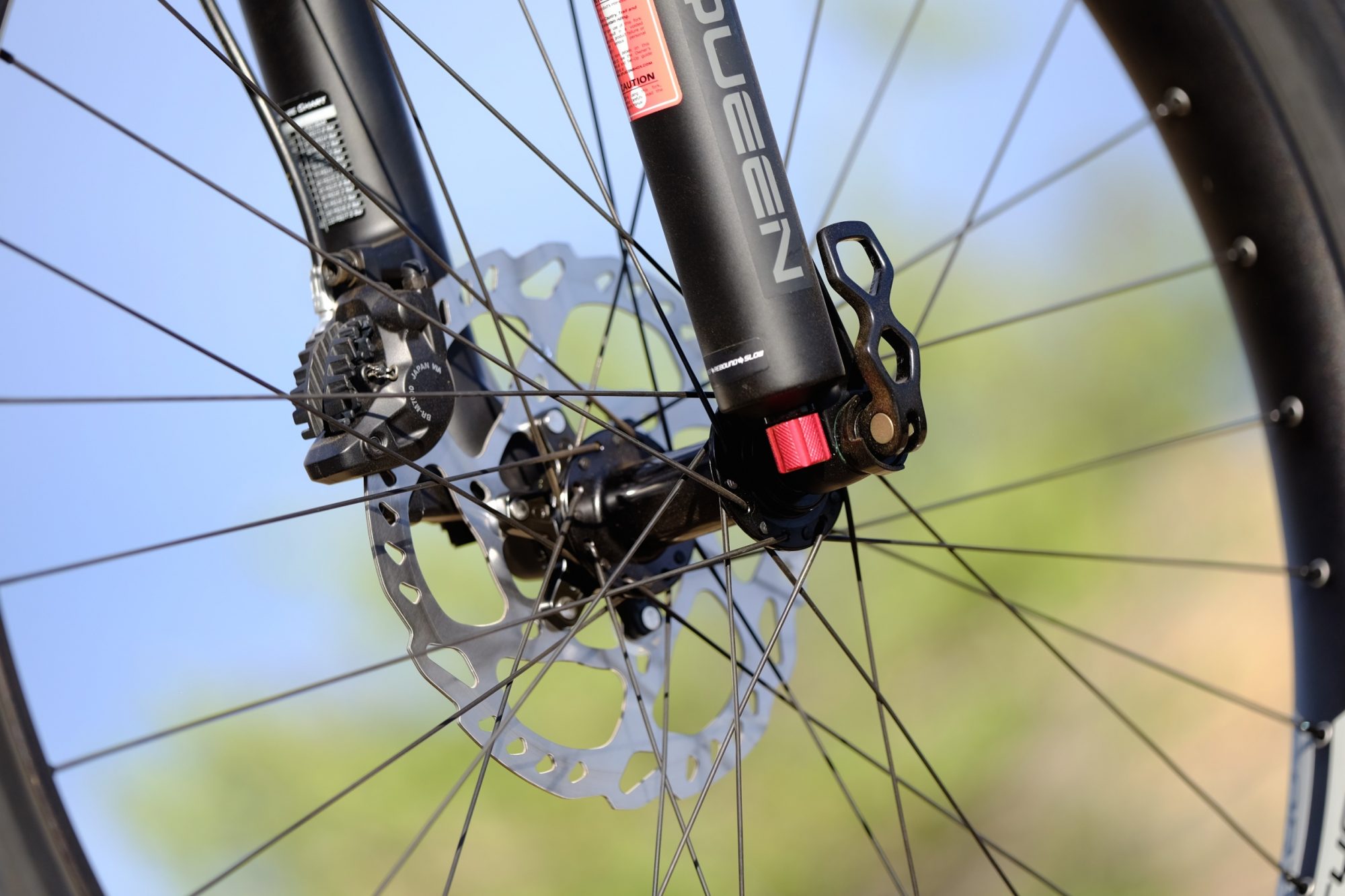 With just a few weeks under the tires, most of it knocking around my local haunts, I have to say I like the DRT 2.1. After ripping around my favorite trails in Sedona I found it likes to be pushed, the fork allowing it to tackle terrain seemingly above its pay grade. I’ve only put one short bikepack trip aboard the bike, but I have no doubts in its ability to provide a comfortable and confident ride for days on end with no reliability issues to fret. It is solid. Reliable. 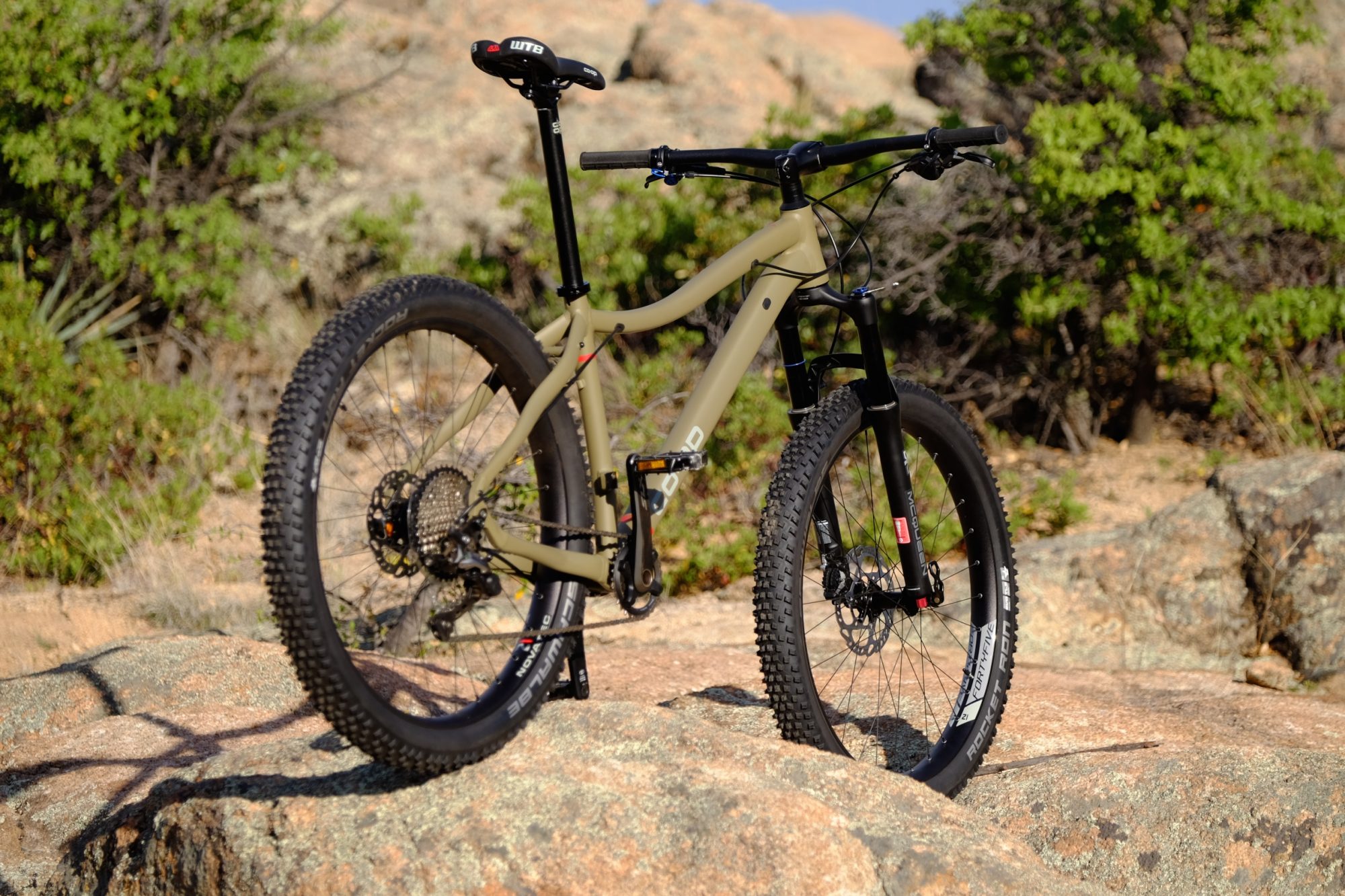 From a value standpoint, there are similar bikes which might clock in a few bucks under the $1,600 asking price, but that’s not factoring in REI’s membership proposition and the end-of-year dividend buyers receive. That puts roughly 10% of the purchase price back in the buyer’s pocket. With 145 REI stores nationwide, there’s a substantial network available to get your new Co-Op bike purchased and serviced.

I’m just now getting acquainted with the DRT 2.1 and so far we’ve become pals. In the coming weeks I’ll put it to a proper test with a trip into the Rockies under the weight of a full load. Until then, I’ll be tearing up my local tread beds. www.rei.com 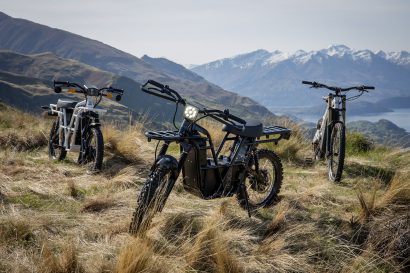 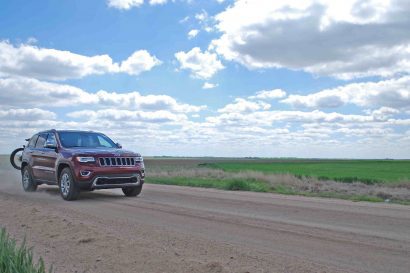 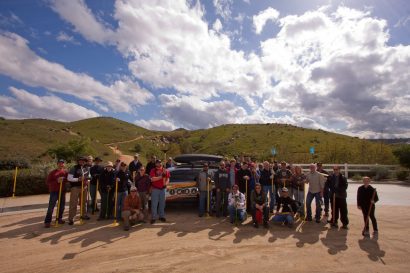