Camps for prisoners are a sad page in the history of the USSR. It wasn’t just criminals who went to jail. The NKVD or secret police arrested those who disagreed with the policies of the Communist Party and arrested scientists to use them in secret developments. Ordinary people, according to the denunciations of neighbors who wanted to take possession of their rooms or simply out of anger, were sent to prison. And it was the prisoners who built most of the country’s major facilities. Echoes of those times still fly over the northern lands of Russia.

Armed with two Toyota SUVs, we went to one of these places, known as the Kargopollag camp chain. The name of the network of camps comes from the nearest large settlement, the city of Kargopol. It is no longer a workplace, but traces still remain. 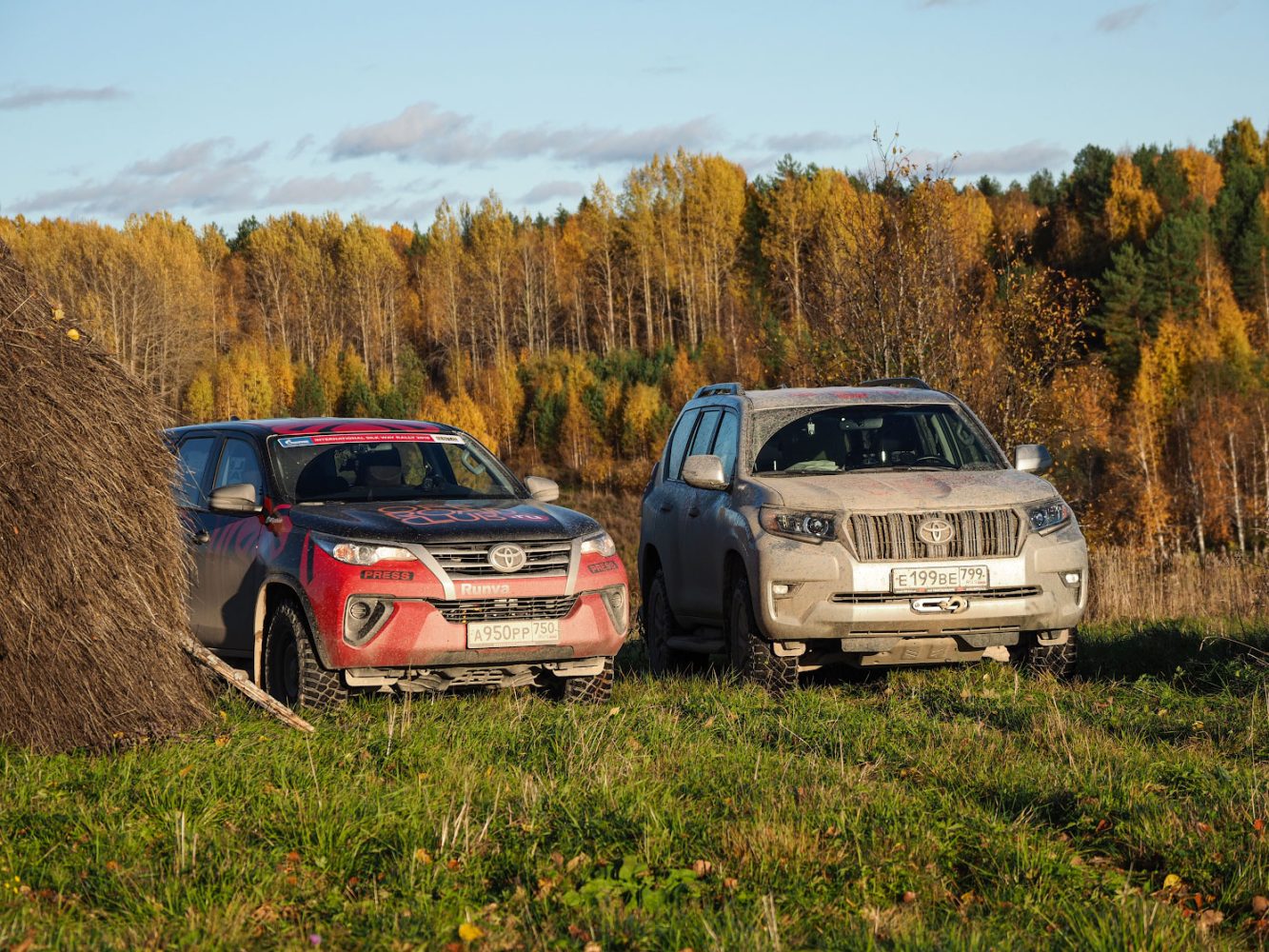 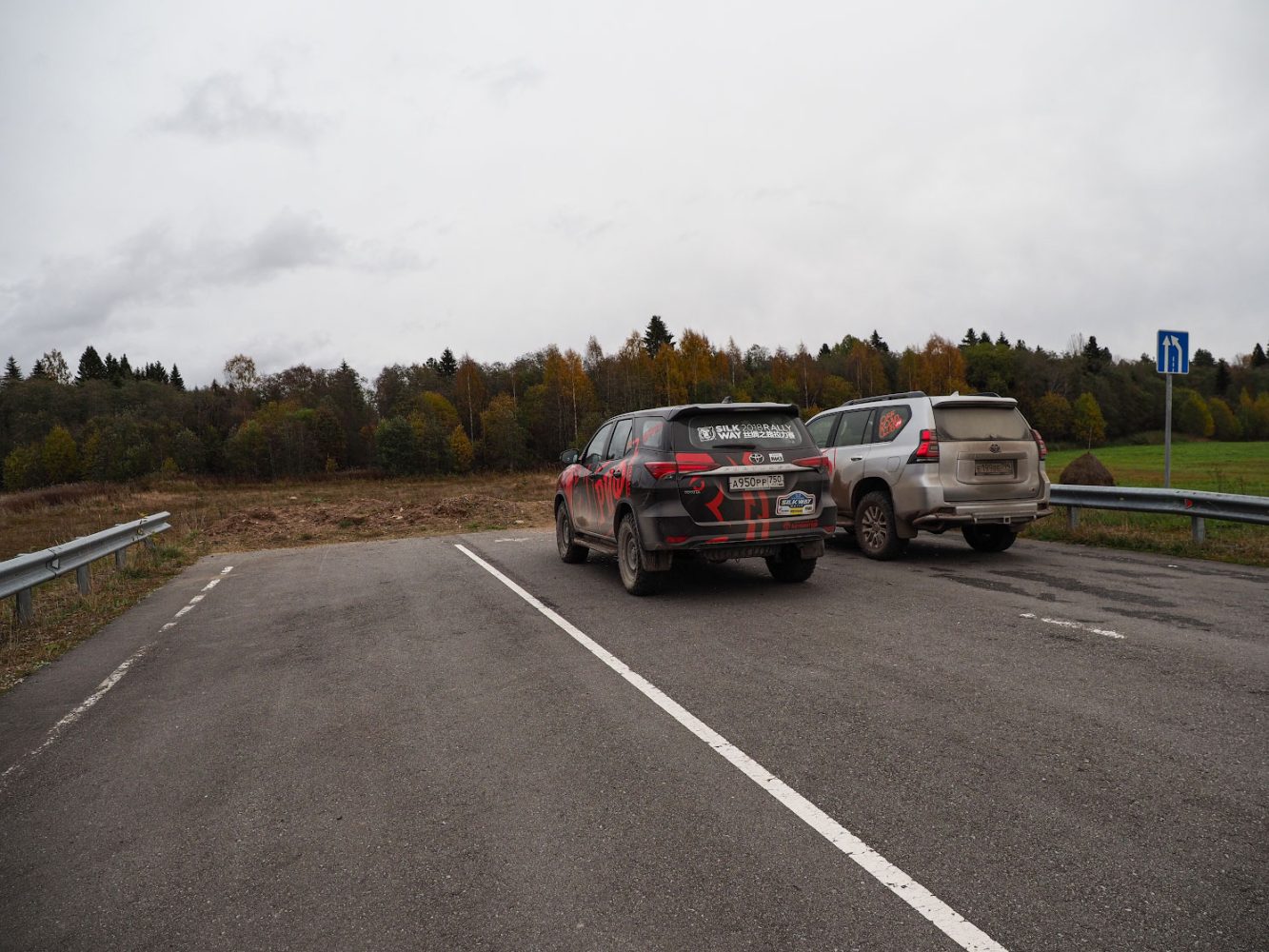 End of the Road

If an asphalt road goes beyond the horizon, it does not mean that it will lead you somewhere. It can end as suddenly as a person’s life in these harsh places at a time when prisoners were entitled to very little food and warm clothing.

Our Japanese cars looked strange on the edge of the asphalt. The road had just ended. There was no dirt road ahead, or even a rut from previously passed cars. But to our left should be a dirt road leading to an old wooden bridge over the Indomanca River. We were going to go there, but we didn’t know that we were in for a surprise. 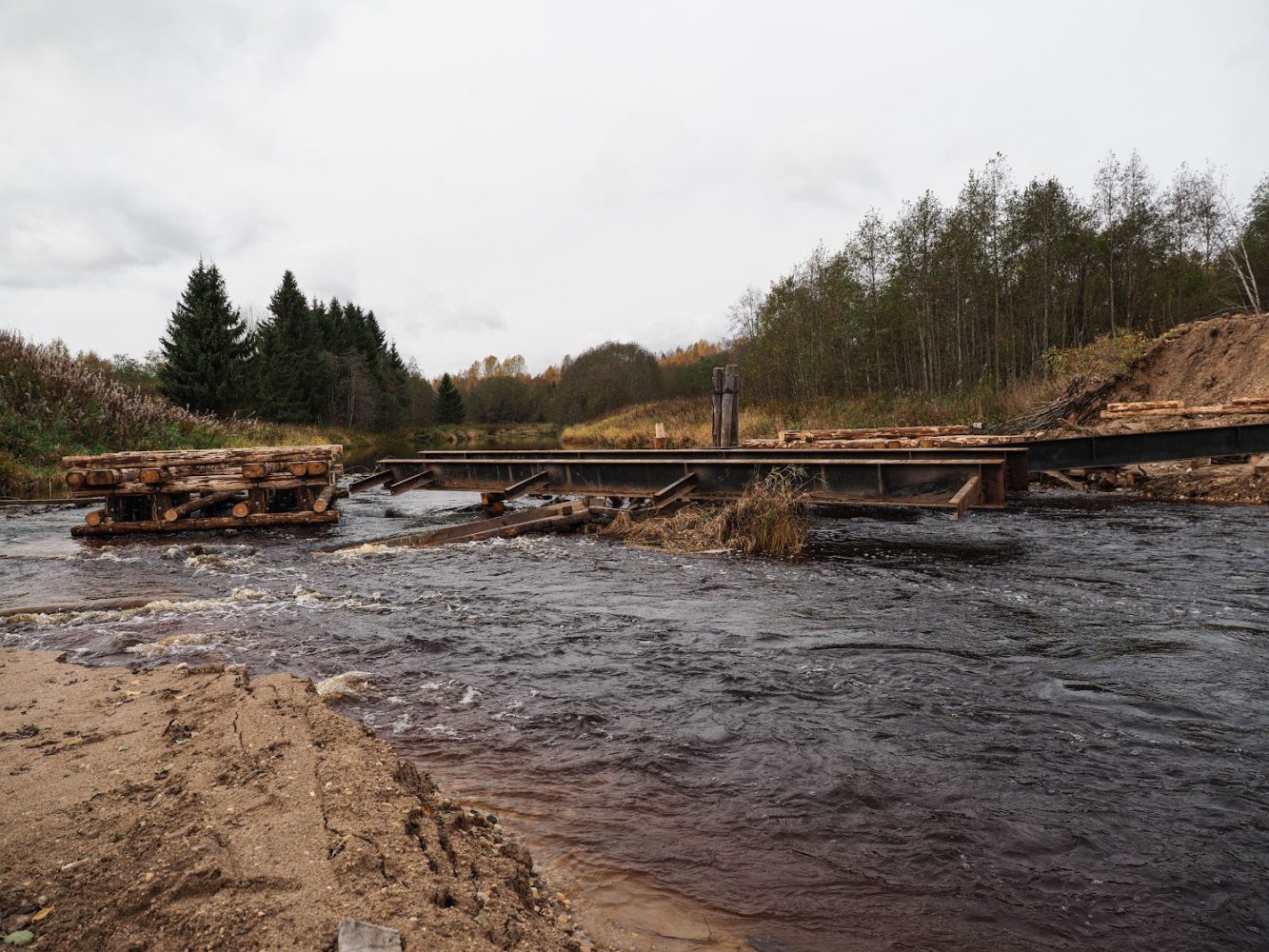 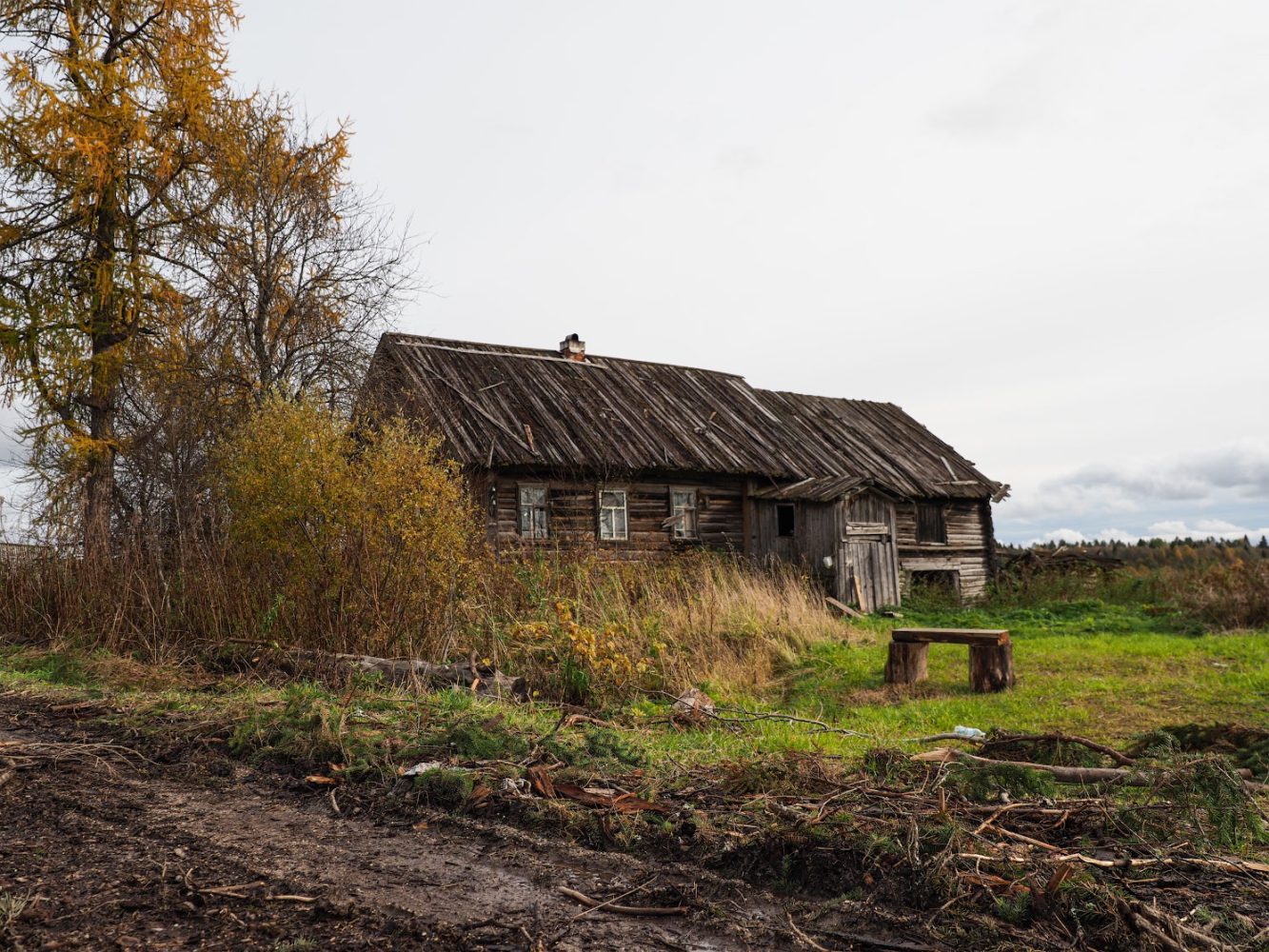 The road to the bridge passes through an abandoned village. Several surviving houses still remind of her, but life will not return to these places. And imagine our surprise when we stumbled upon a ruined bridge with no way to cross it, requiring a very long detour.

We later learned that the bridge had been destroyed by a heavy truck that decided to drive along the road marked on the map, not expecting this road to quickly turn into a forest trail and a very old bridge. But now this bridge is being repaired in order to somehow maintain a connection with the other bank, upon which residential settlements are located. 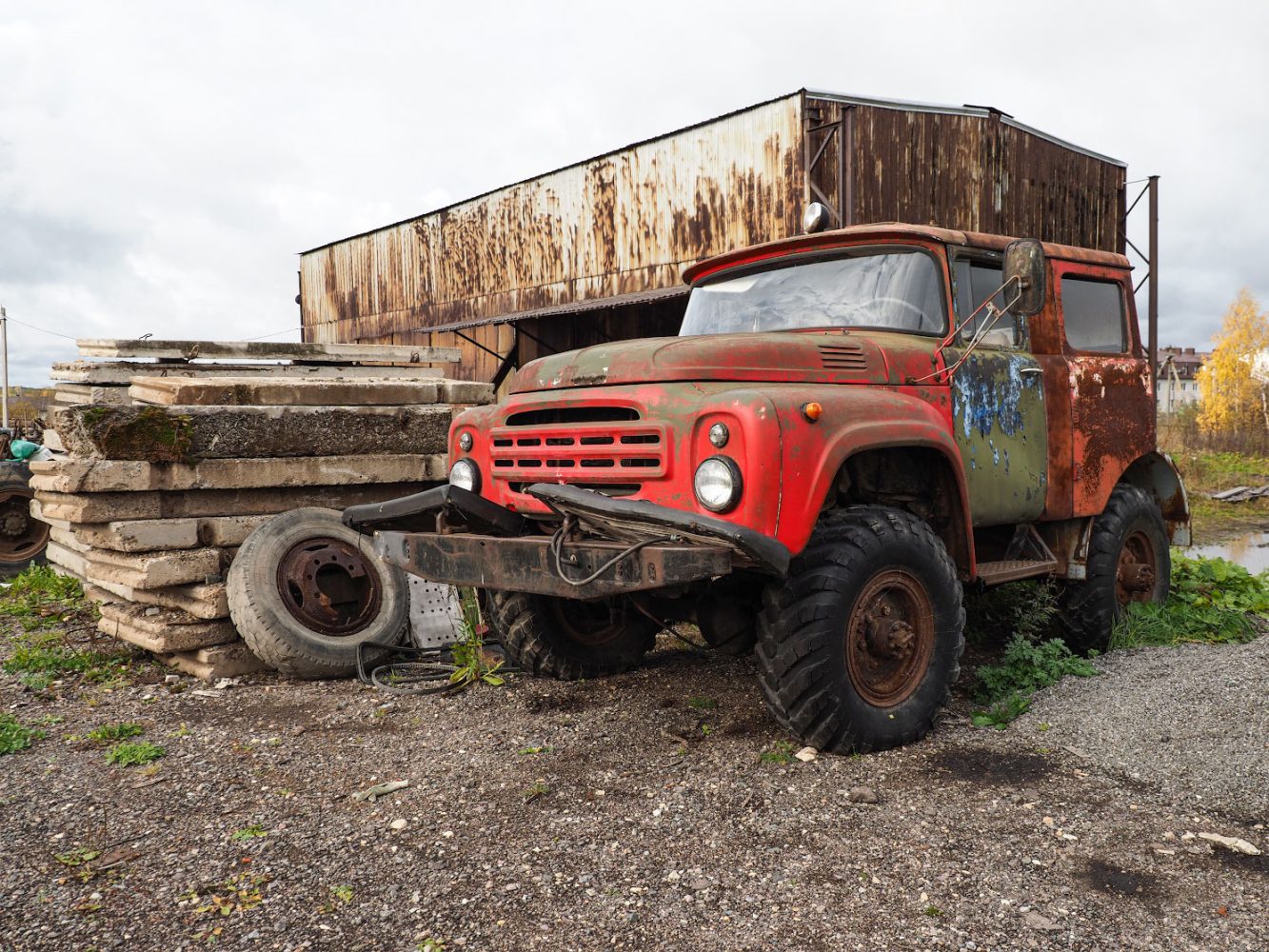 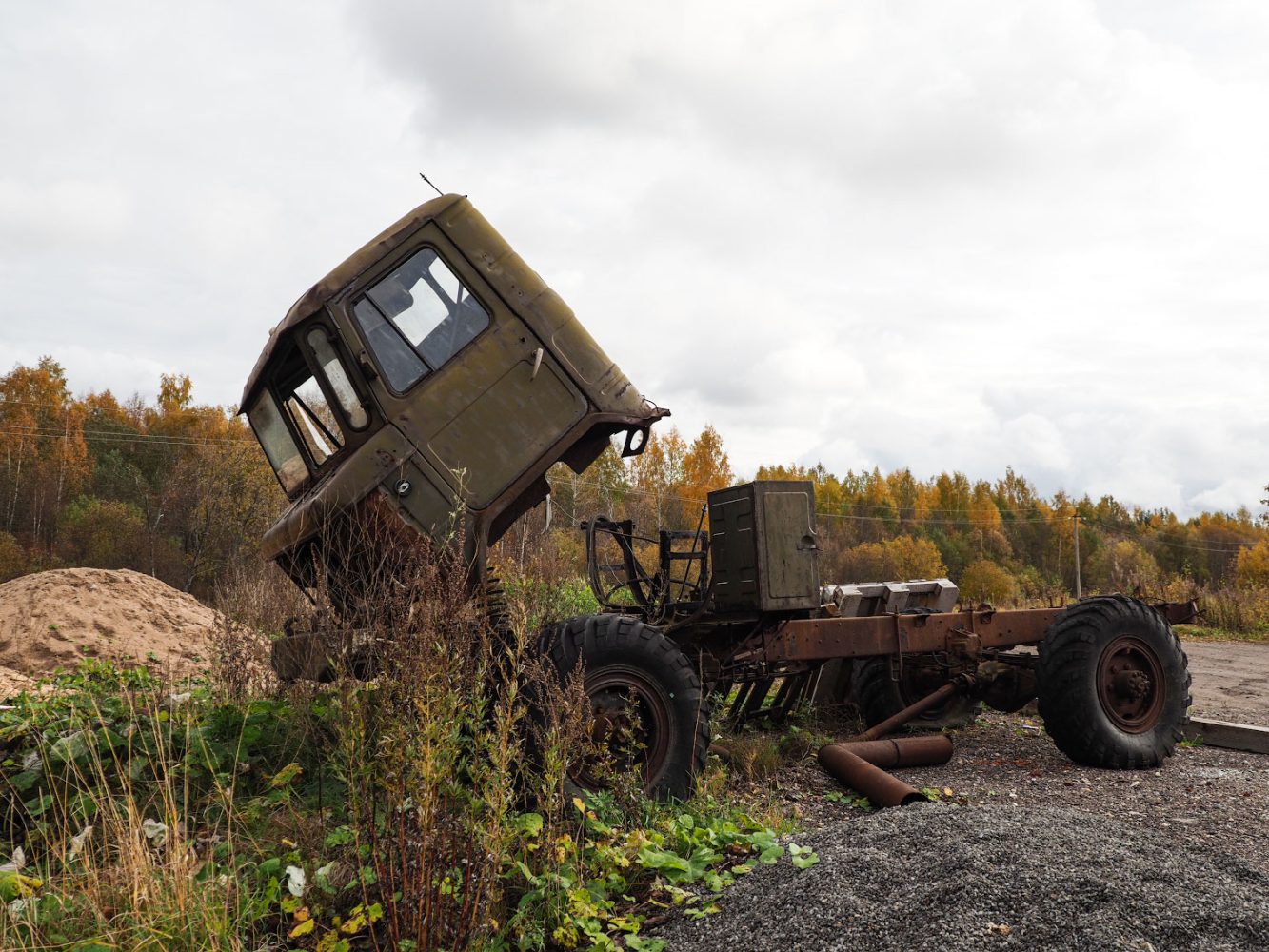 Probably, there is not a single family in Russia that was not touched by the horrors of Stalin’s repressions one way or another. Relatives mined wood, built roads in the tundra, laid the White Sea Canal. Few managed to live to better times. Hard work on hard land did its dirty work. 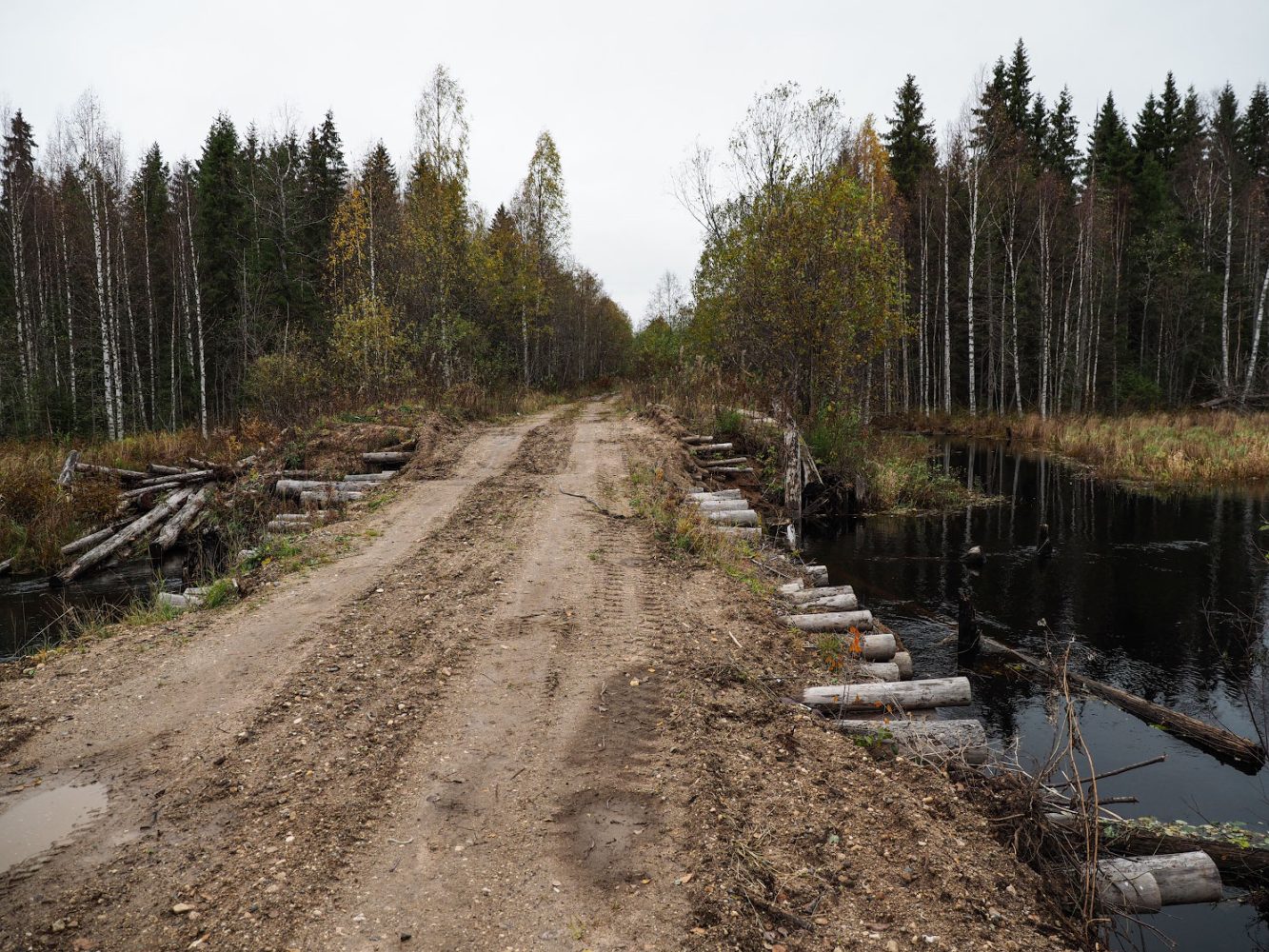 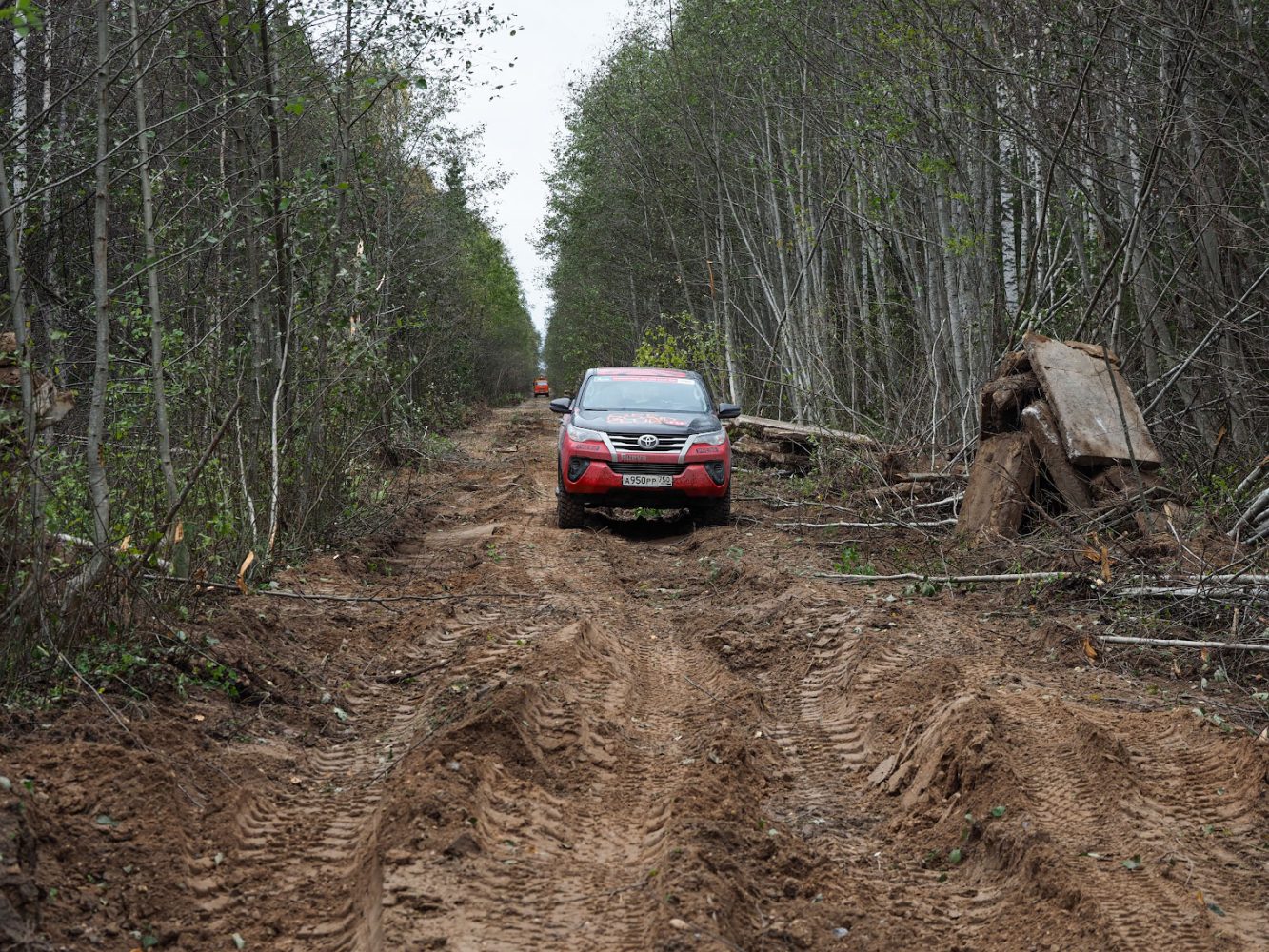 We pass through the swamps, through which a bulk road is laid, also built by the forces of prisoners. More recently, the concrete slabs with which it was covered were removed from here. Surprisingly, the concrete has been preserved in excellent condition, which indicates the high quality of the materials of that time. If someone did something wrong, they would come here as just another work unit. 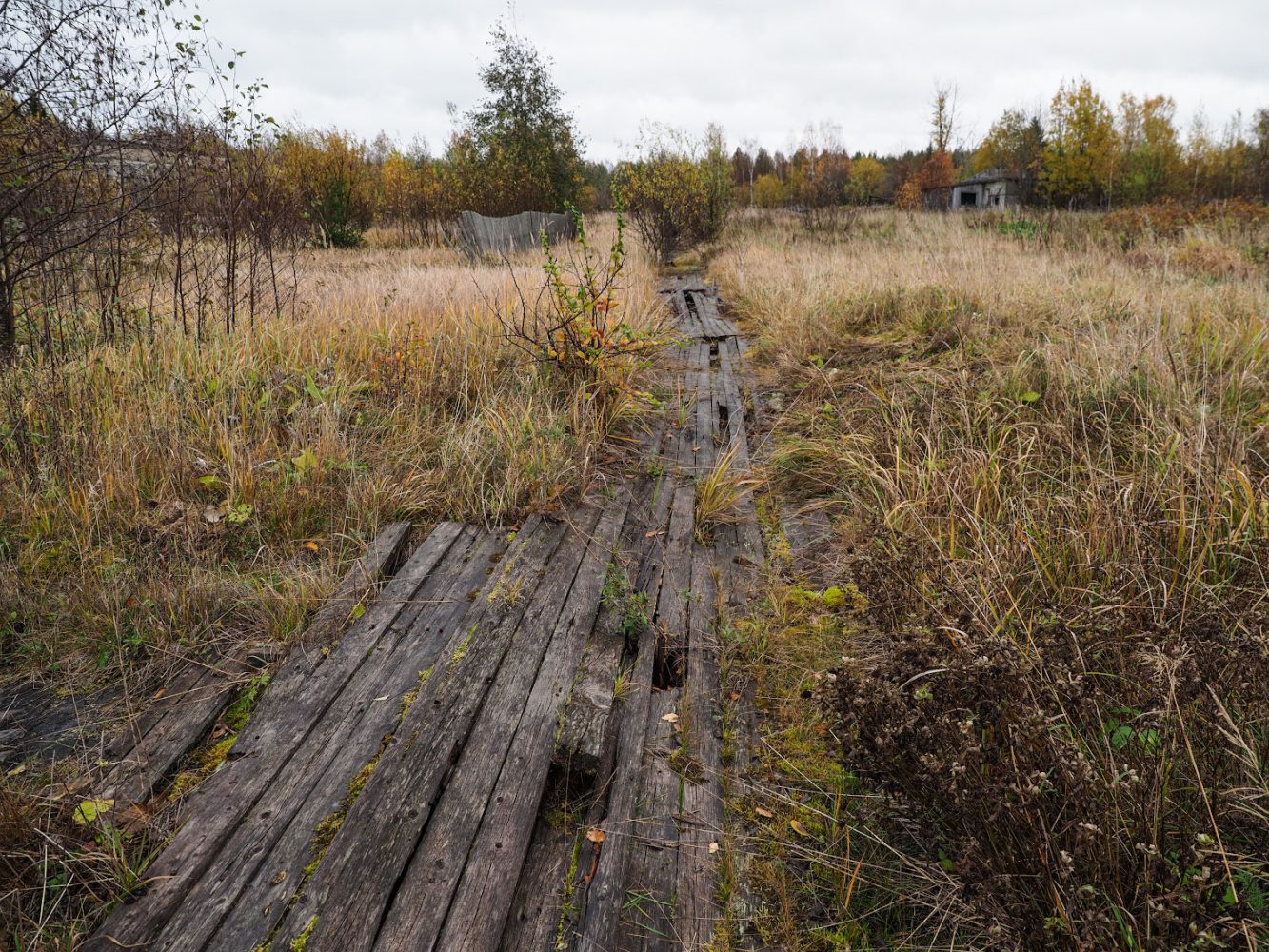 The two wooden bridges leading to the “zone” are a pathetic sight. We managed to cross one bridge without much risk for cars, the second one swayed even under the weight of one person. We decided to leave the cars and take a walk.

To understand the scale of the camp area, you will need a drone or have to walk a lot. This is a whole city in the middle of the taiga, surrounded by swamps, and standing on a swamp. It was for this purpose that wooden sidewalks were provided here, so as not to drown in the mud. 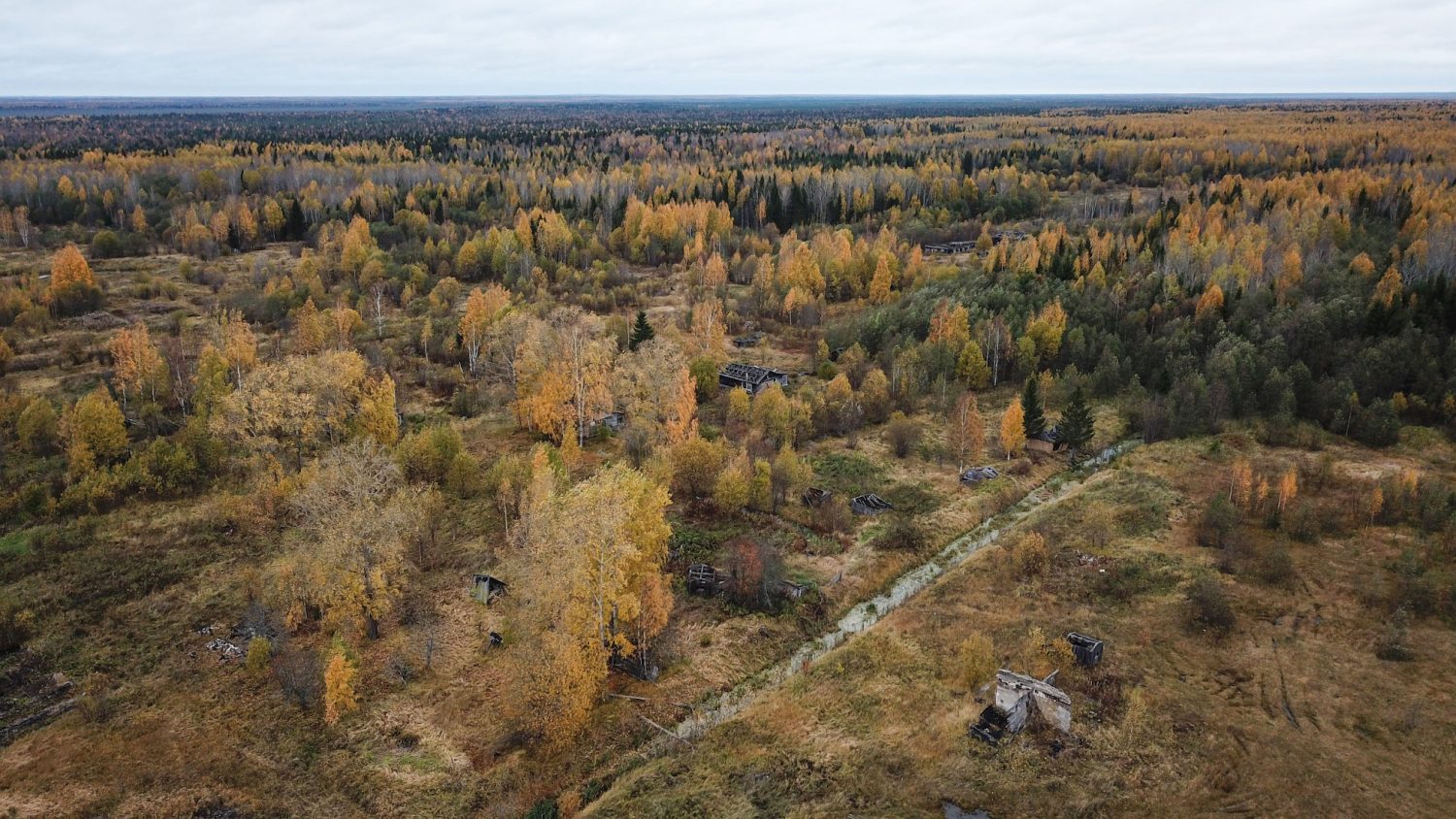 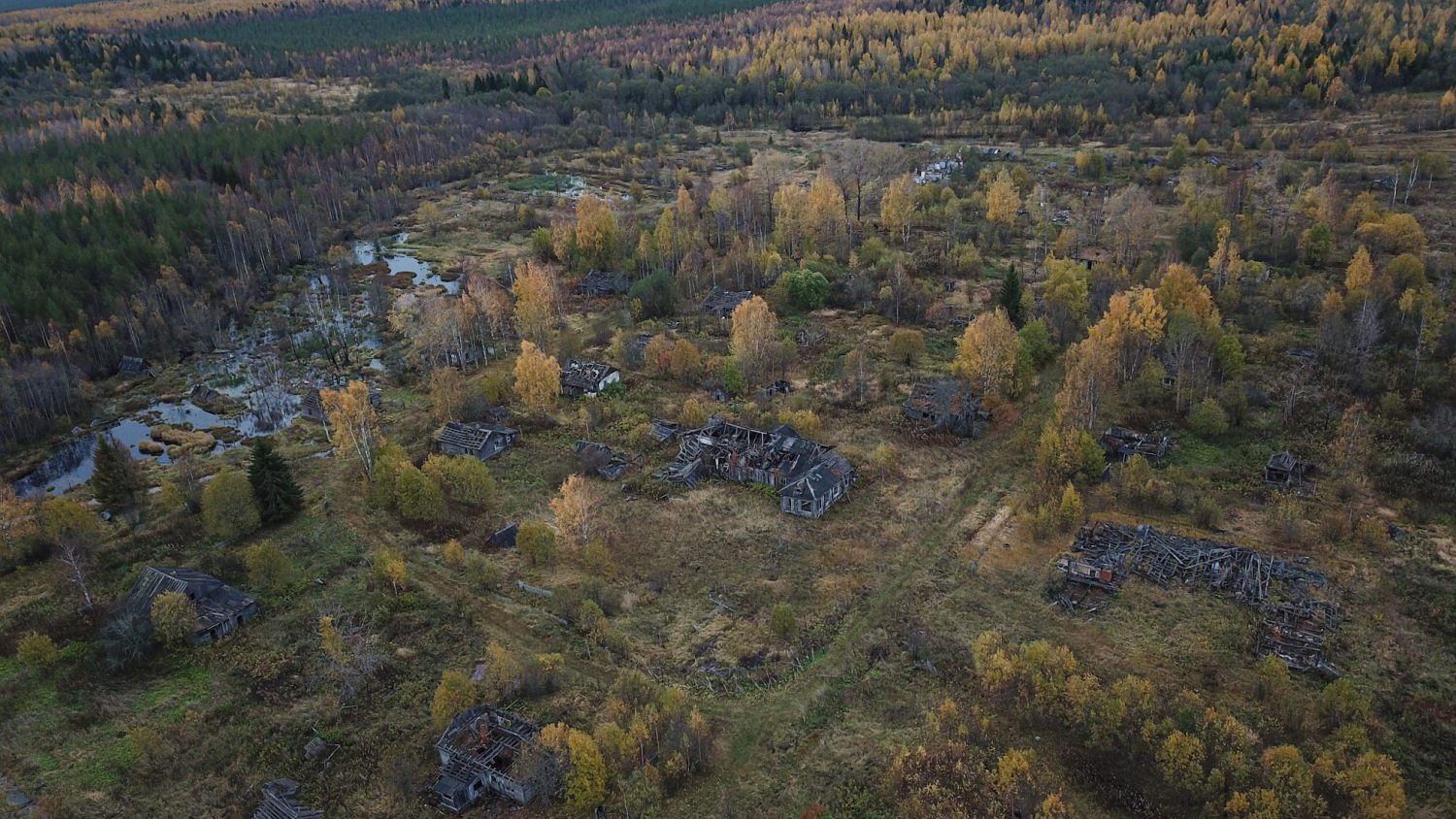 Nothing remains of the prisoner barracks. Apparently, they were burned first after the camp closed, so that there would not even be a reminder. The houses of the “free settlers” have been partially preserved, but after a few years they will disappear into the swamp. And then there will be no reminder that this was the territory of evil, sorrow, and death. 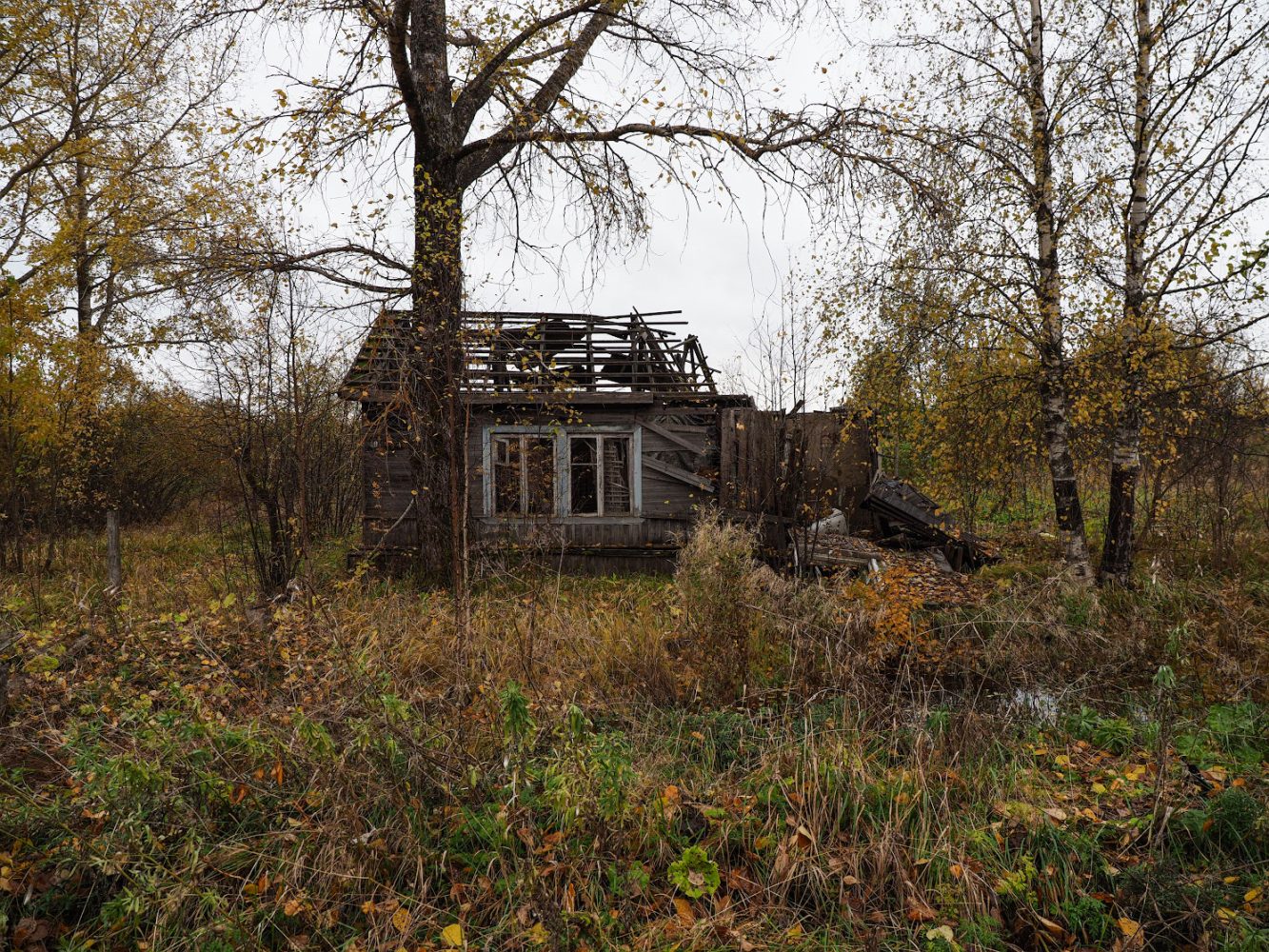 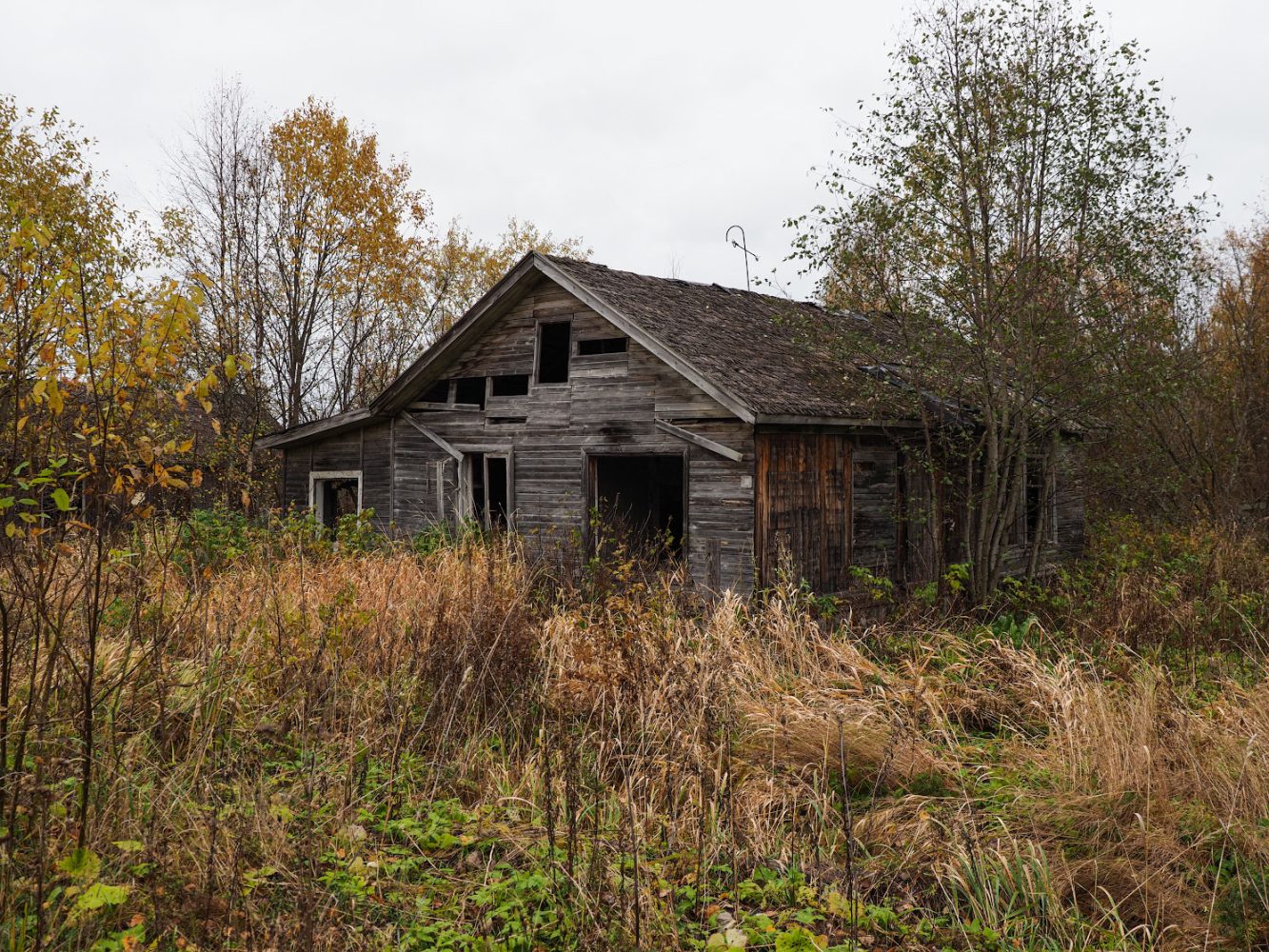 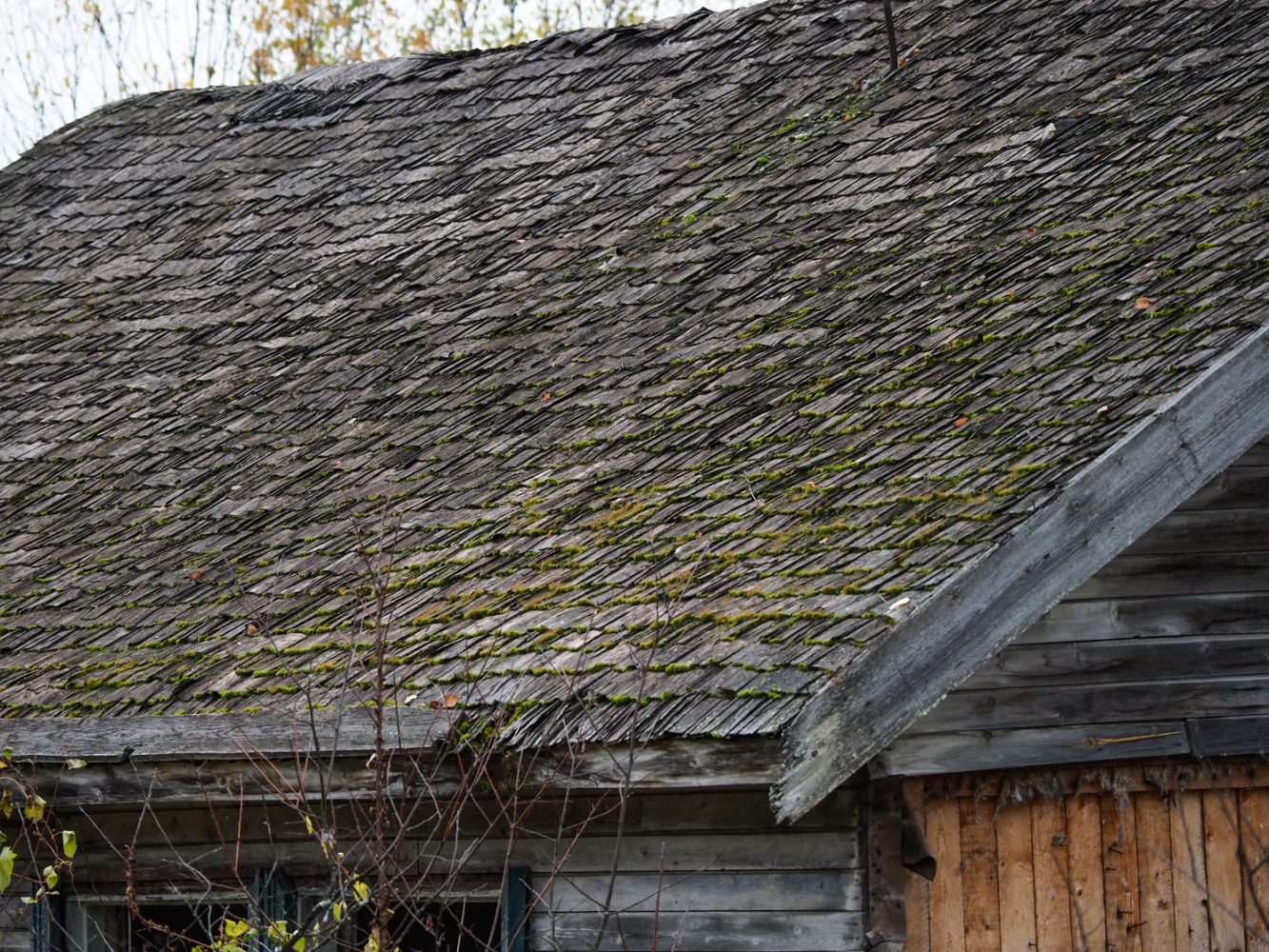 Once upon a time, one of the branches of the railway approached here, connecting the “big land” and several camps. However, in the ’90s, the rails were dismantled for scrap metal. The only way to get here is through the old road through the swamp. After the dismantling of concrete slabs, it will also begin to collapse with rains and will soon cease to exist. 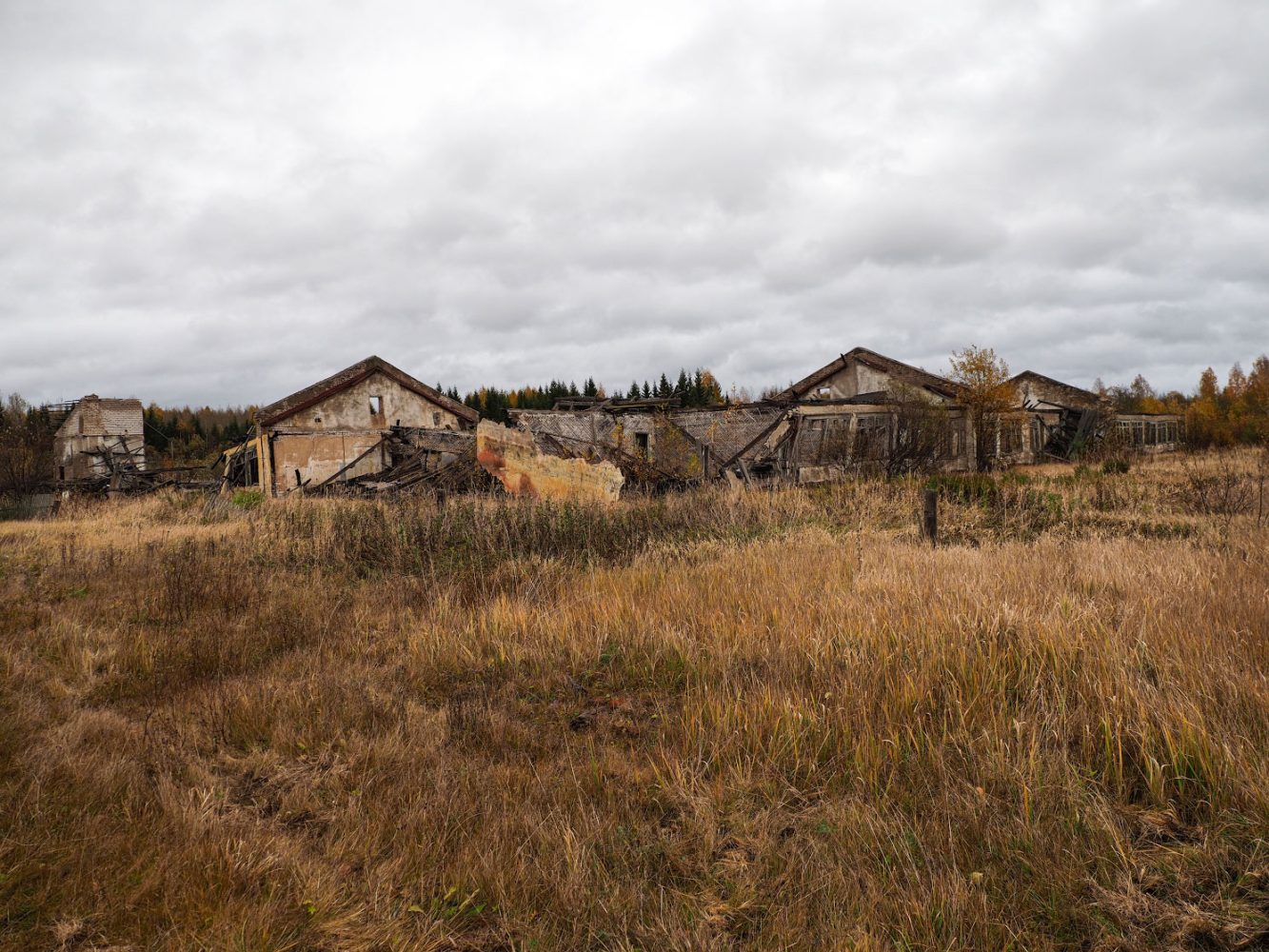 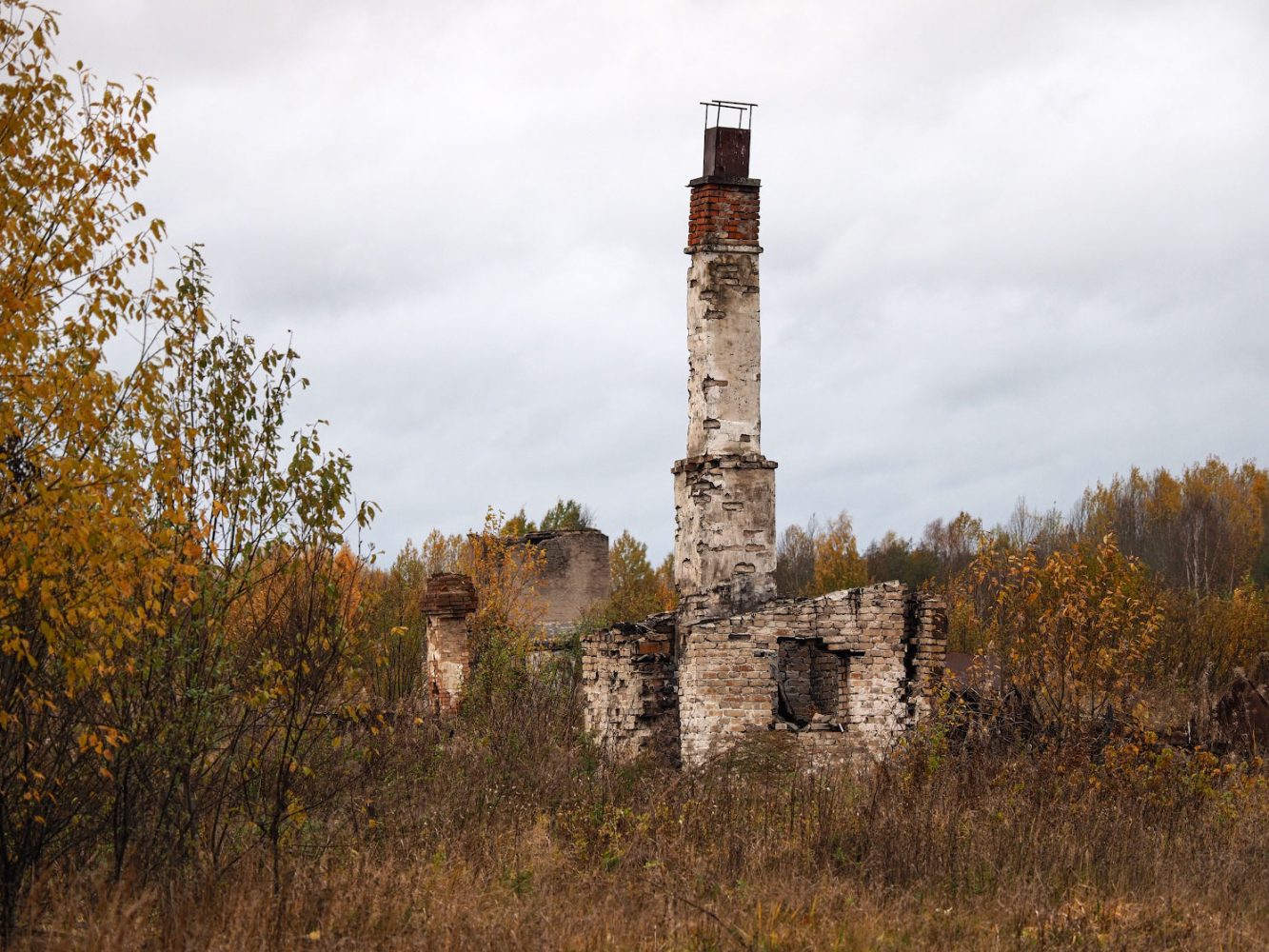 To Freedom with a Clear Conscience

This saying was used in all prisons of the USSR. I can’t imagine what it was like for innocent people to hear this, those who only said something wrong or were victims of fabricated cases.

We had no desire to spend the night anywhere near this bad land. From a psychological standpoint, it’s too hard, but it’s also unpleasant and dangerous: the midge flies from the swamps, and bears roam the forest, fresh traces of which we met. 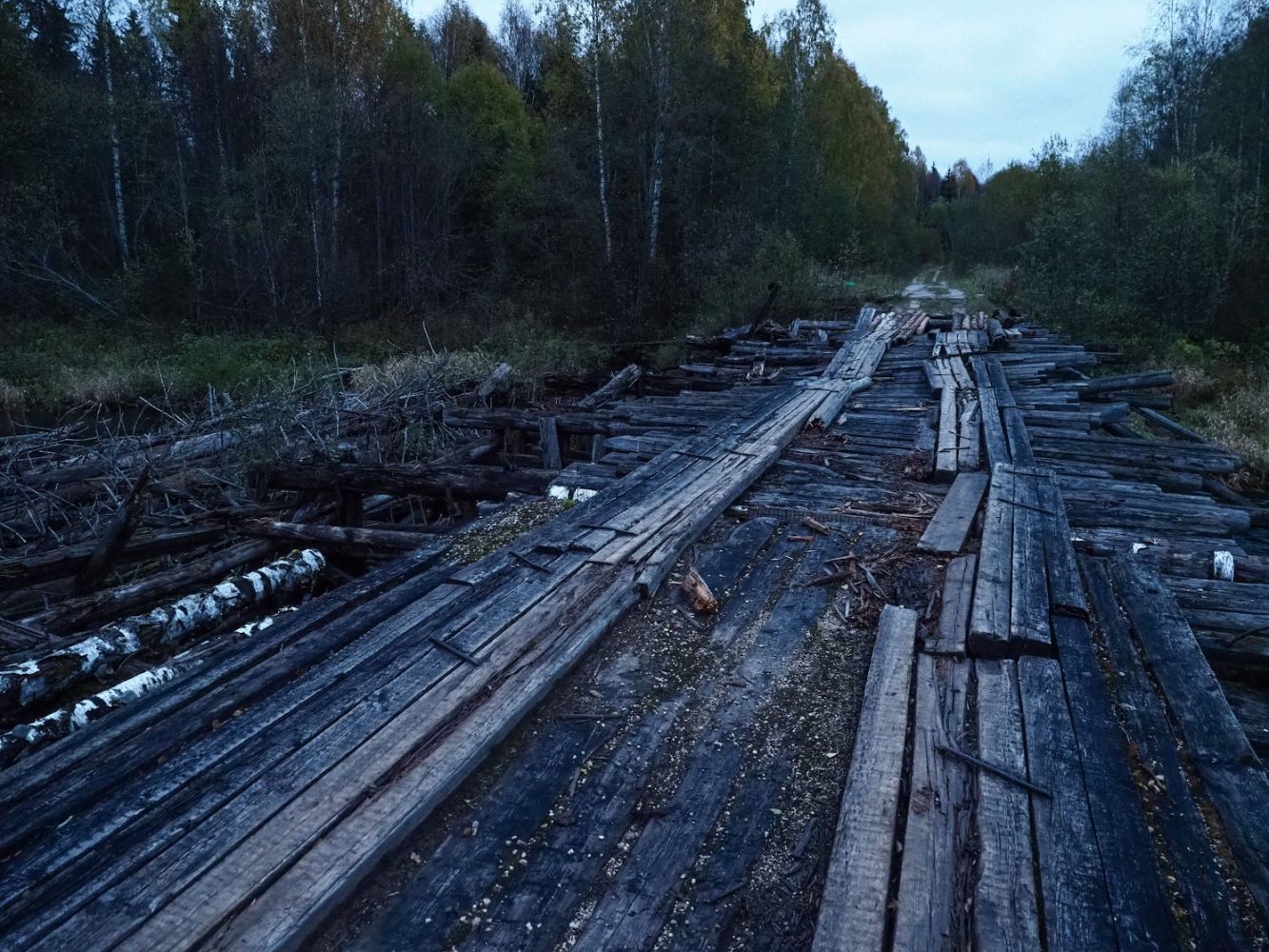 So, we walked a couple of kilometers to the cars and went to more pleasant places, leaving behind all the sad thoughts. However, these thoughts will not leave us for long, each time reminding us of the scale of the city of prisoners that we have seen. And there were a lot of such zones throughout the USSR.

Read more: Humanity :: From Russia with Love by Heather Lea

Since 1998, Mike has been traveling by car around Russia and the world. Twice he drove a rally raid from Russia to China through the Gobi Desert, Mongolia, and Kazakhstan. Mike has traveled to Asia and Africa, and participated in an expedition to the Far North of the continent in a closed area for visits. As a journalist and photographer, he prefers off-road travel, which allows him to get to interesting places and capture unique photos. Mike shoots motorsports, and publishes materials about cars and travel in the media and personal blogs. He was the editor-in-chief of an off-road magazine, a consultant for the SEMA Show, and an ambassador for the Isuzu brand. Mike has participated in off-road competitions for the official Isuzu and UAZ teams. You can follow him on Instagram @MRyabinin.