I purchased my first Warn winch, an M8000, from one of the original 4Wheel Parts stores in Gardena, California, back in 1984. I didn’t know anything about proper winching techniques, but I knew I needed one—and Warn had the Xerox reputation of the industry. Though I’ve had a variety of winches on my vehicles (all Warn), and put them to service hundreds of times, I’d never had a chance to visit the Holy Grail of winch production until a return trip from the 2015 Northwest Rally.

I met with Systems Technician Chad Schroll at their headquarters in Clackamas, Oregon, and was thrilled to learn that the company has a boots-on-U.S.-ground staff of over 600. During our three-hour walk through the 200,000-foot facility I talked with dozens of machinists, welders, assembly technicians, and quality control specialists. I was impressed to find that many have been with Warn for more than two decades, and some for more than three. 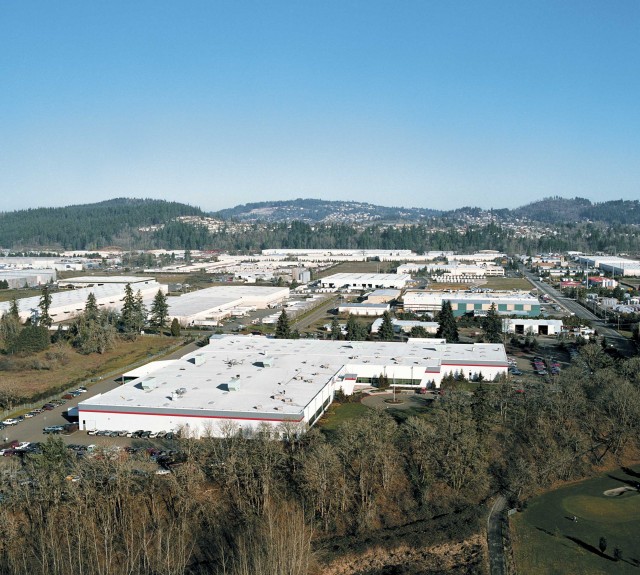 From the catwalk of a 20-foot-tall gear-cutting broach, one gains a bird’s-eye view of dozens of CNC mills, plasma tables, welding bays, and wiring assembly stations. At the far end of the building (more than a football field’s distance) is a full-scale powder coating facility. Beyond the far wall is a warehouse reminiscent of the U.S. Archives building in the closing scene of Indiana Jones.

During the past few decades, the shift to outsourcing production overseas (yes, China) has put considerable pressure on U.S.-based companies to follow suit to remain competitive. Though offshore manufacturers are capable of producing high-quality products—why not, they purchased nearly all of America’s tooling equipment back in the ’80s—the trend is toward the low-cost option (bean counters come into play here).

A few yeas ago, when Warn announced their “price point,” or entry-buyer offering, the Vehicle Recovery (VR) Series, I voiced my patriotic made-in-USA concerns to marketing manager, Ken Scuito. He assured me that the VR was not intended to compete with the $299 discount company products. Some parts would be outsourced, but machining, assembly, and quality control would be performed in the U.S.

I asked Chad about Warn’s stance on outsourcing. He said, “Much of the foundry work is still done in the U.S., and we cut almost all of our own gears and do most of the machining work and assembly here in Oregon. It is a delicate balance. We do have some parts made overseas, but we have full oversight of every step of the process, as well as full control of QC (quality control).” He continued, “The reality is, with electric motors for example, we can’t get them in the States anymore.” 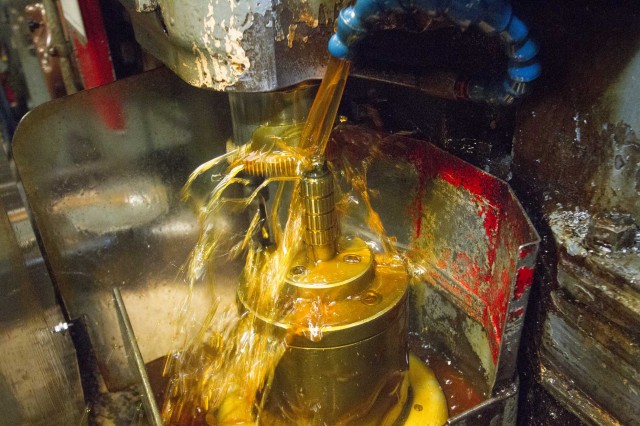 The facility has dozens of  CNC gear-cutter mills, and it was fascinating to witness the Warn team transform carts of parts into a functioning recovery winches. 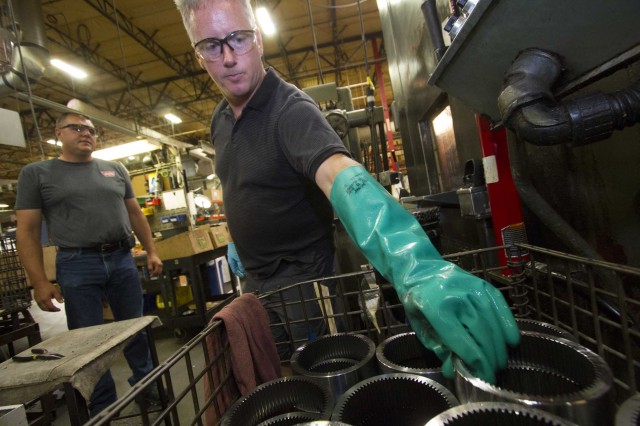 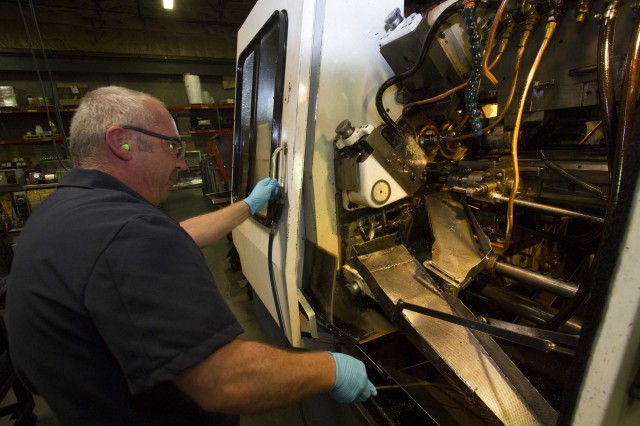 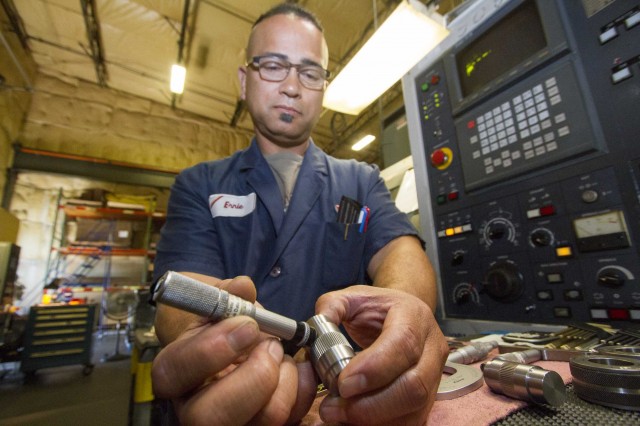 As I walked through the building I witnessed Warn’s various product lines being transformed from neatly organized carts of machined parts to freshly powder-coated winches, hubs, and accessories ready for a box and a bow tie.

I’m sure that Arthur Warn, who founded the company in 1948 with a single product (locking hubs for WWII surplus Jeeps (Willys), surely never dreamed that his upstart enterprise would become a world powerhouse in the sector. In 1959, Warn introduced their first winch, the venerable 8274, and have continued to expand offerings to include everything from UTV and MIL-SPEC 30,000 winches, to bumpers, auxiliary lights, and recovery kits.

Though Warn is not the only name in town when it comes to quality recovery gear, I’ve always felt confident that their winches would answer the call to duty, and they have. As the company nears its 70th anniversary in 2018, I’m excited to follow its continued success and delighted to know its 600 employees will still be churning out some of the best products in the industry—right here in the great Pacific Northwest. warn.com,  800-543-9276 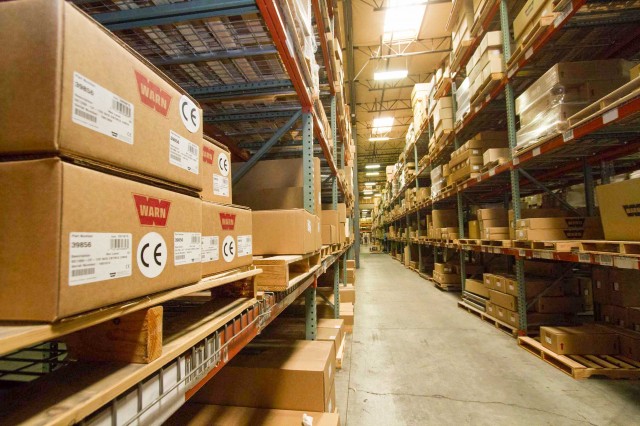 The Warn warehouse is reminiscent of the U.S. Archives at the end of film, Indiana Jones. 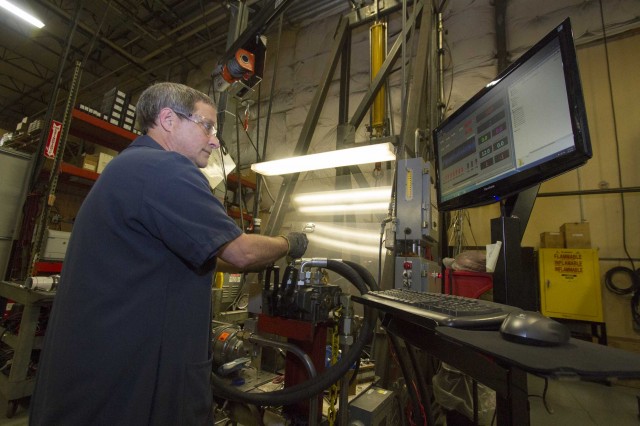 Quality control is one of Warn’s top priorities. They have a fulltime staff dedicated to not only testing their products, but those of their competitors as well. Here, Pat Platt, who has been with Warn for 26 years, runs a winch drum through an array of load tests. 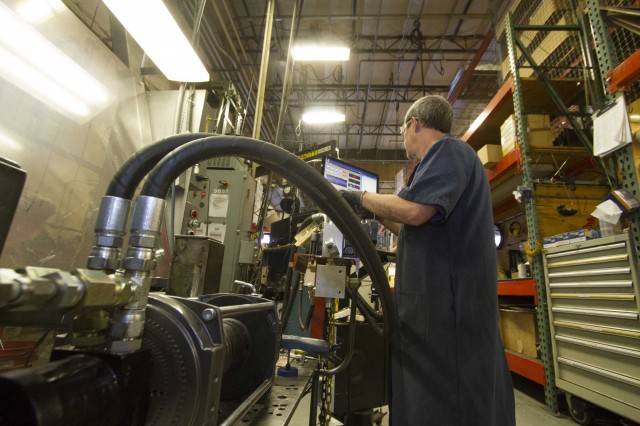 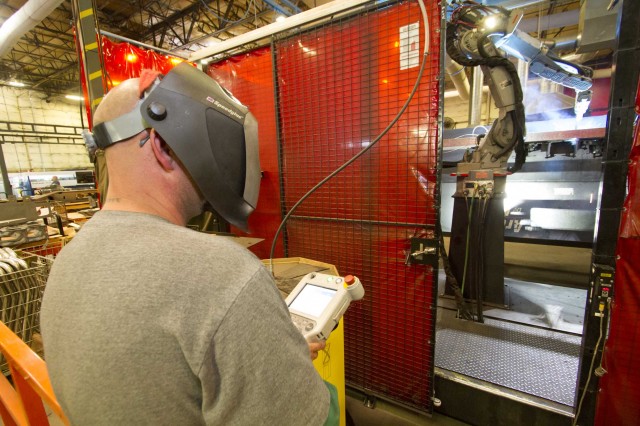 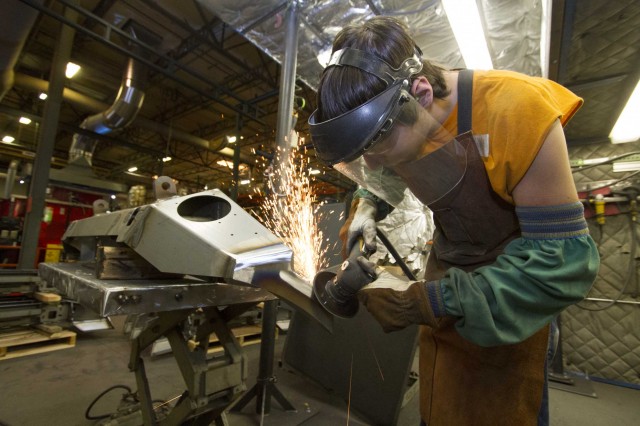 (Below) Warn’s bumpers and other rock armor are also built onsite. The process incorporates a mix of CNC plasma cutters, robotic welders, and good old hands-on attention to detail. 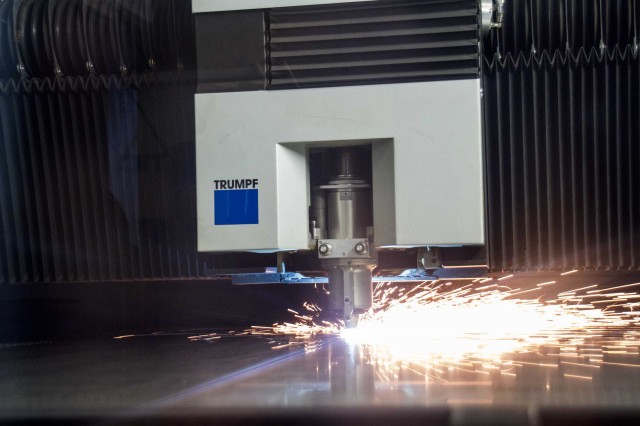 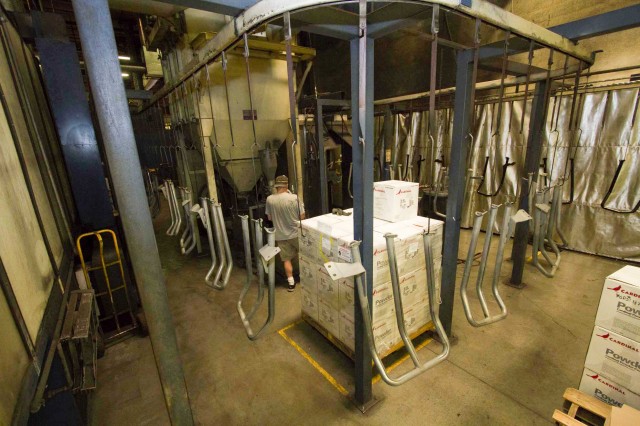 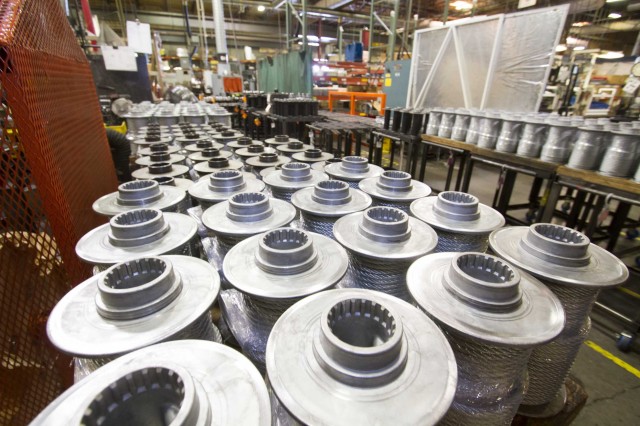 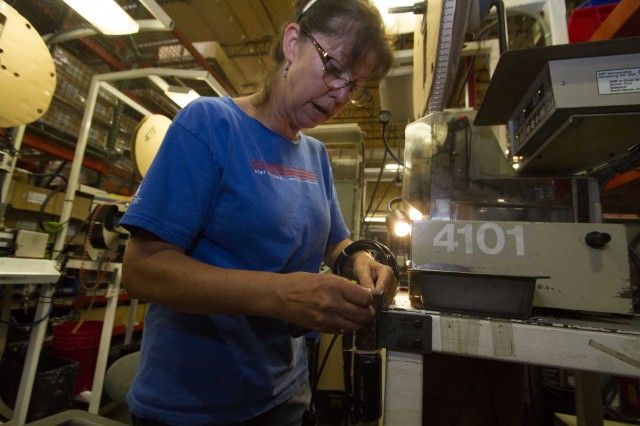 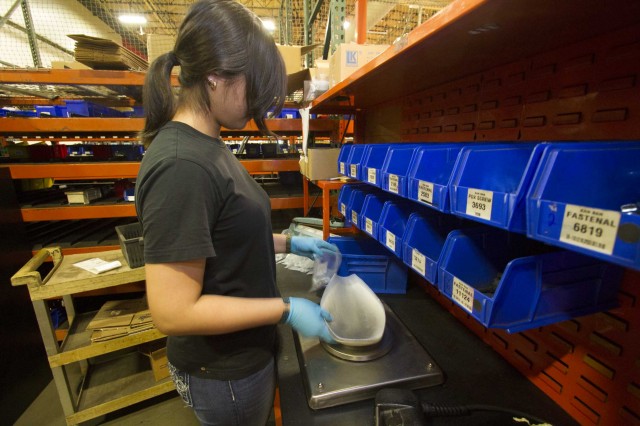 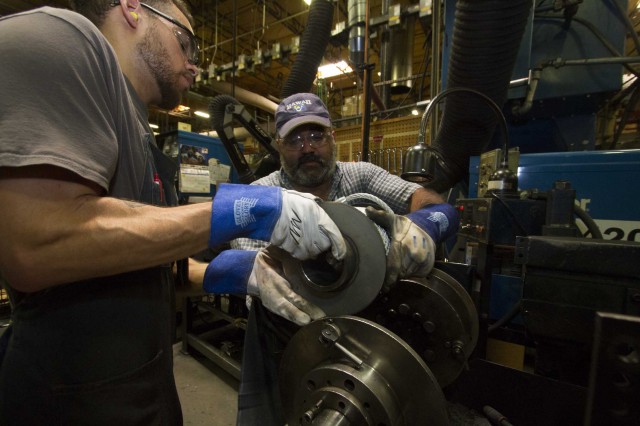 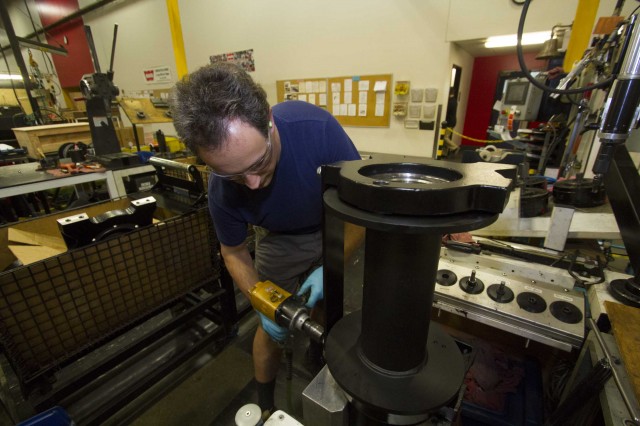 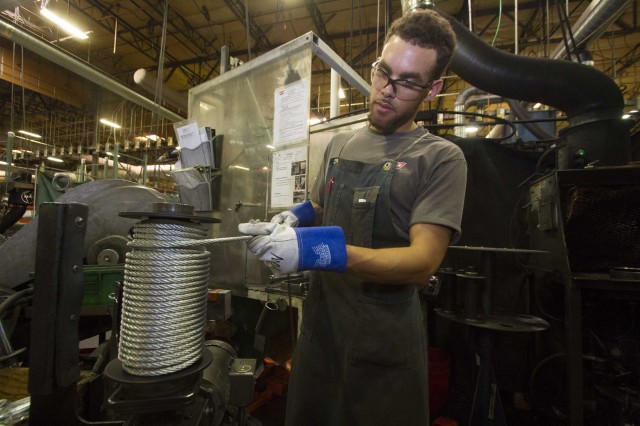 If you thought the cable on a new winch was spooled too perfectly to be done by hand, think again. Warn’s cable technicians ensure that each cable is spooled to Warn’s standards. 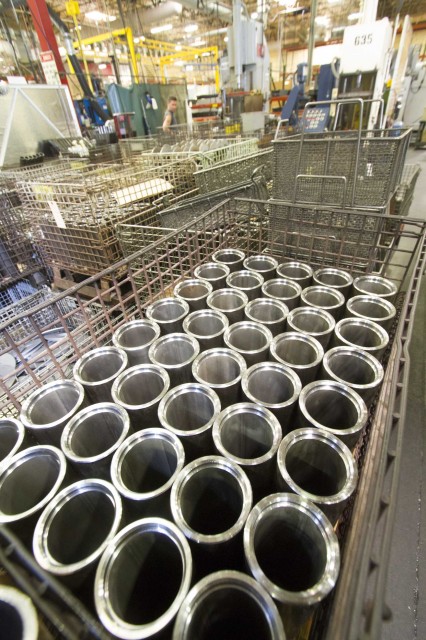 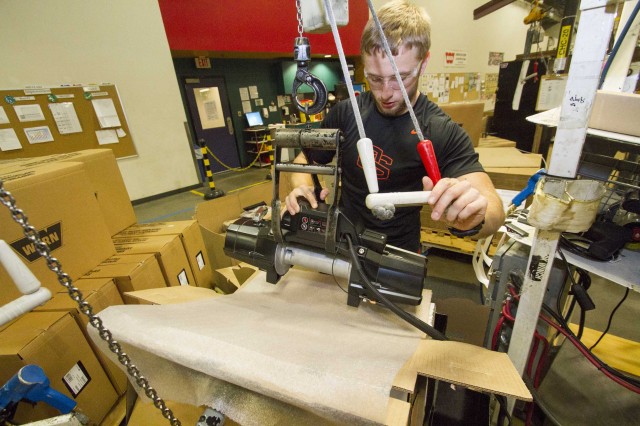 Assembled and powder coated, a Warn Zeon is ready to be boxed up for shipping. 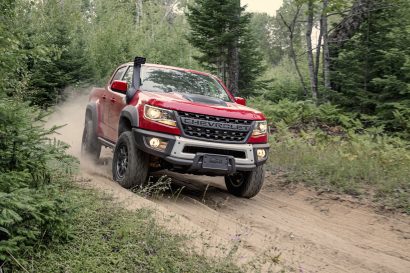 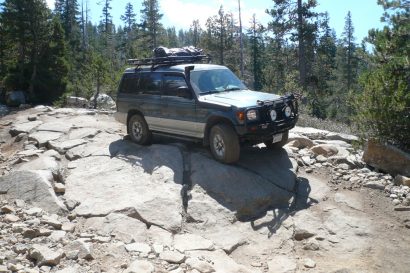 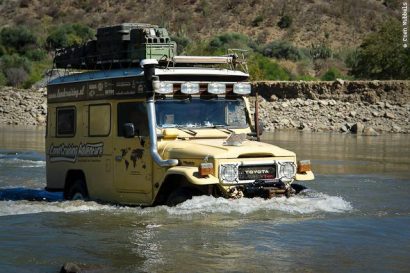