Patagonia is famous for, among other things, its intense gales which can reach up to 70 mph in the summer months. This bluster is fantastic when the wind is at your back, but as soon as you turn the vehicle to drive in the other direction, the favor changes, and suddenly your rocket ship is a very, very thirsty snail. Fuel consumption can almost double when you are driving against a wall of atmosphere determined to escape wherever it came from.

It is an hour from departure that you regret picking up those hitchhikers and their massive backpacks, and an hour later, you realise that perhaps you should not have forgotten to fill the second fuel tank. According to your GPS, the next gas station is 200 miles away, and you have enough fuel left to drive 180 miles under normal conditions. 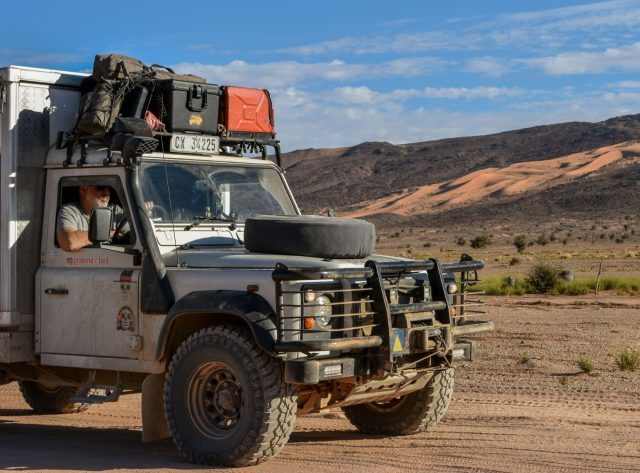 It is in these situations that the humble jerry shows its true value. Water tastes best from a cold jerry can on a hot morning, and that extra 5 gallons of fuel offers great peace of mind when you are running on fumes in the middle of nowhere. I have lost count of the number of times that that little bit of extra fuel has saved me from a long walk, or worse. The can takes a huge amount of abuse, but is, without doubt, the most reliable piece of kit which we own.

The classic metal jerry can was designed for the German military in the 1930s. It took an engineer by the name of Paul Pleiss to bring the can back to the US. 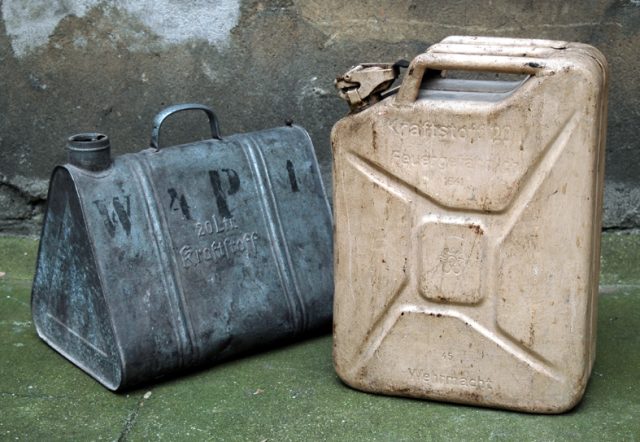 He and a German colleague had, by all accounts, built an overland vehicle to drive from Germany to India, and they needed suitable fuel and water storage. Luckily, the German engineer had access to a stockpile of jerry cans (and he gifted Mr. Pleiss the blueprints for the can’s manufacture). The overlanding duo was no doubt impressed with the storage container (originally known as the Wehrmacht-einheitskanister or armed forces unit canister in English) as the cans they used withstood all the rigors of a long-distance international overland journey. Which, if you think about it, is about as rigorous as military use—minus the shooting, of course.

Unfortunately, the German engineer was recalled to Germany by Reichs Marshall Goering during the journey, and Mr. Pleiss had to continue solo to Calcutta. When he returned to the US, he recommended the superb jerry can to the military, who, of course, ignored it, insisting that the current military fuel can (known as a flimsy, because it was thin-walled and weak) was sufficient. Mr. Pleiss realized that he would not be able to convince the high command without samples and shipped his overland vehicle and jerry cans to the US, sending a sample jerry can to Washington. The War Department stubbornly continued to specify the old flimsy until, eventually, the military did reverse engineer the jerry can to be compatible with both the British and German cans. 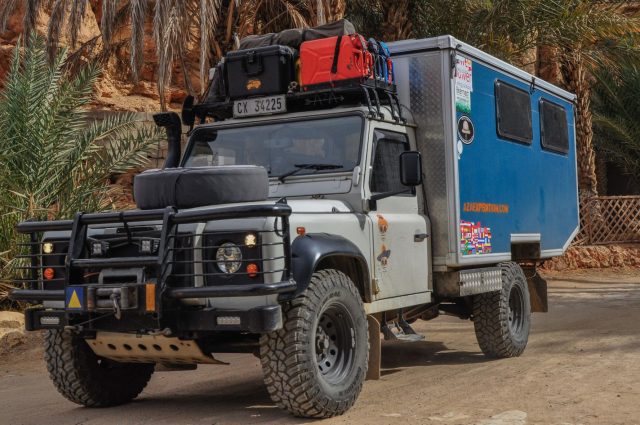 The British first came across the jerry can in Norway in 1940, and they promptly named it the jerry can (jerry being slang for German) and liberated as many as they could from the Germans. By the end of the war, the can was used by all of the protagonists involved in the conflict and has since become a staple article of essential gear for adventurers, peacekeepers, and militaries. It is the Leatherman of liquid storage.

The design itself is simple but ingenious; 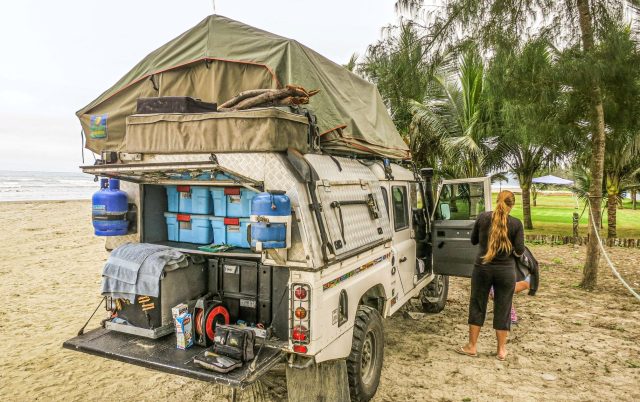 Traditionalists, myself included, are happy to use the old-school pressed steel version, but there is no stopping progress. In 1970, Finnish designer Eero Rislakki designed a plastic jerry can with a small screwable stopper on the top of the handle to allow for smoother flowing. This plastic can is much lighter than the original steel but is almost as robust and has found favor with militaries worldwide. The plastic Canadian military jerry can is incredibly popular in the US and is smuggled across the border by bearded men driving Land Rover Defenders.

Regardless of which version you prefer, we all owe a debt of gratitude to Mr. Pliess.