It’s been a day 68 years in the coming – a day lamented by some, cheered by others, a day when the last Land Rover Defender, arguably the ultimate off-the-peg expedition truck, rolled off the production line. That day was Friday 29th January 2016, and at 9:15am UK time, the 2,016,933rd and final Defender, horn blaring and lights flashing, rolled onto the tarmac to a hall full of cheers, and not a few tears too.

The road to this milestone of a day has been long – since 1947 when Maurice Wilkes, inspired by the Willys jeep he had on his farm, sketched the design for a post-war workhorse truck in the sands of Red Wharf Bay on the island of Anglesey in Wales. The formula was simple – strong ladder-frame chassis, simple yet torquey engine, huge suspension flex, lightweight bodywork, and simplicity of maintenance. It was a winner, and has survived essentially unchanged until now, apart from simple updates for new engines and suspensions. In the intervening seven decades over two million of the iconic vehicles have been built; they have explored, soldiered, rescued, surveyed, policed and done the school run – and pretty much everything in between. In doing so they have given rise to Range Rovers and Discoveries, and in their turn have arguably created the whole sector of ‘luxury SUVs’. I was lucky enough to get an invite to that final send-off, and packed for the emotional trip home to Britain from Arabia, where I live at the moment, with mixed feelings. 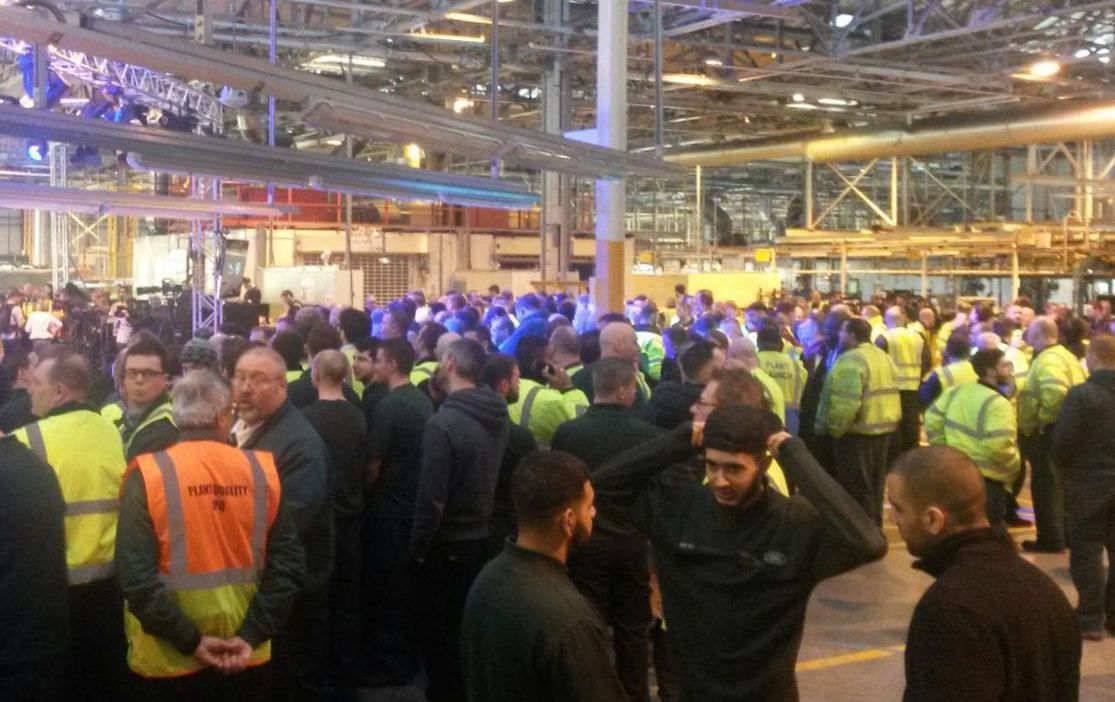 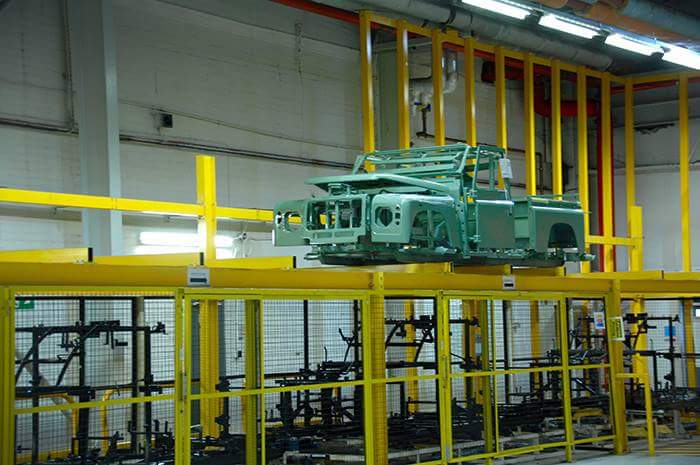 The Lode Lane factory in Solihull, Birmingham, where Land Rovers and Defenders have been built since Day One, was buzzing. It’s a world away now from the old wartime factory which had been camouflaged to guard against attacks by Nazi bombers, though bits of the old building are still there, and it’s home to not only Defender, but also Range Rover and several other models which wear the famous green oval. It’s worth noting at this point that one cannot apply the name ‘Defender’ to all of the 2-million-plus boxy utility models that have rolled out of this place since 1948. The name was only applied in 1990 to clear up a mishmash of nomenclatures and designations based on the ‘series’ of manufacture and the wheelbase in inches – so you might, pre-1990, have a Series One 80, or a Series Three 109, and so on. After that, it was always Defender, with a wheelbase length – generally 90, 110 or 130.

The last few Defenders rolled off the line that Friday to much fuss and photography. All 4-cylinder diesel models, one of the final wagons was a Keswick Green short-wheelbase (the ‘90’ in Roverspeak) destined for Roger Crathorne, employee of the company for five decades and known as ‘Mister Land Rover.’ The penultimate truck was the Heritage-grill Autobiography 90 destined for Land Rover’s Engineering Director, Nick Rogers. The very last one of all however, a soft-top 90 also in Keswick Green, was bound for Jaguar Land Rover themselves (incidentally this naming of the company doesn’t make Jaguars into Land Rovers, nor vice versa!). That truck, known as ‘Huey 2’, carries the license plate H166 HUE, and today sits teamed up with a much older brother, the Series One whose license number is HUE 166, known to all and sundry as ‘Huey’. That original Huey is the oldest surviving Land Rover and often sits proudly in the Heritage Motor Centre in Gaydon, Warwickshire. Like bookends commemorating the beginning and end of Defender, the two trucks will now often be seen together at events. 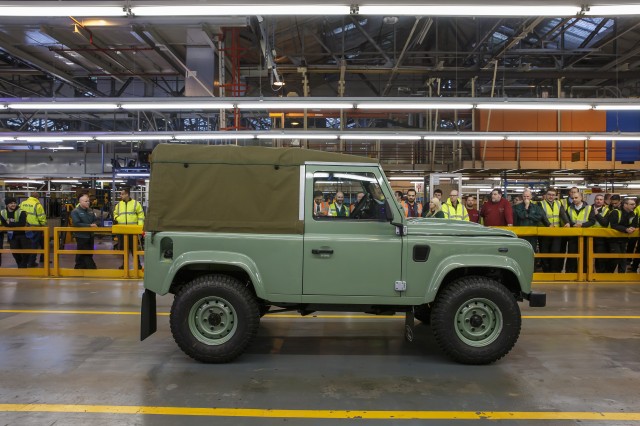 Of course, the event was full of two questions – why and what’s coming next. Much has been said about why. The official reason is that the existing model could not pass the upcoming new round of European emissions legislation. This is true – but there are other reasons, amongst them ergonomics and economics as well as Euro-nomics. Defender took 56 man-hours to build, much of the truck was still hand-assembled. Range Rovers roll off the lines far faster. The ‘competition’ from other marques was faster and more comfortable, if not in some ways as capable. The existing floorplan and body shell (after all, basically a 70 year old set of ideas) couldn’t cope with what the market demanded – airbags for one thing. Which leads onto what’s next? Well, the good news is that there will be a next. Defender II, at the moment officially known as Project 663, is at a pretty advanced stage of development. In his address on that fateful Friday, Dr Ralf Speth, CEO of Jaguar Land Rover, gave a rollout date as “by the end of the decade,” and this ties in with Land Rover’s 70th birthday in 2018. There’s little doubt that it will be available in various wheelbases and with different bodywork types for different jobs – but there’s also little doubt that it will be more luxurious, bigger and far more complicated than the outgoing model. The adventure DNA of the original will, I am assured, survive, especially in versions breathed on by the wizards of SVO – Special Vehicle Operations, the plant on Oxford Road near Coventry where bespoke Land Rovers are created – but it remains to be seen how much of this will permeate the whole range, a decision that is still being debated. SVO tell me there is much adventure on the horizon, and friends in the rest of the company tell me ‘trust us’ – and they know how much of a dyed-in-the-wool Defender traditionalist and Luddite wilderness traveller I am. 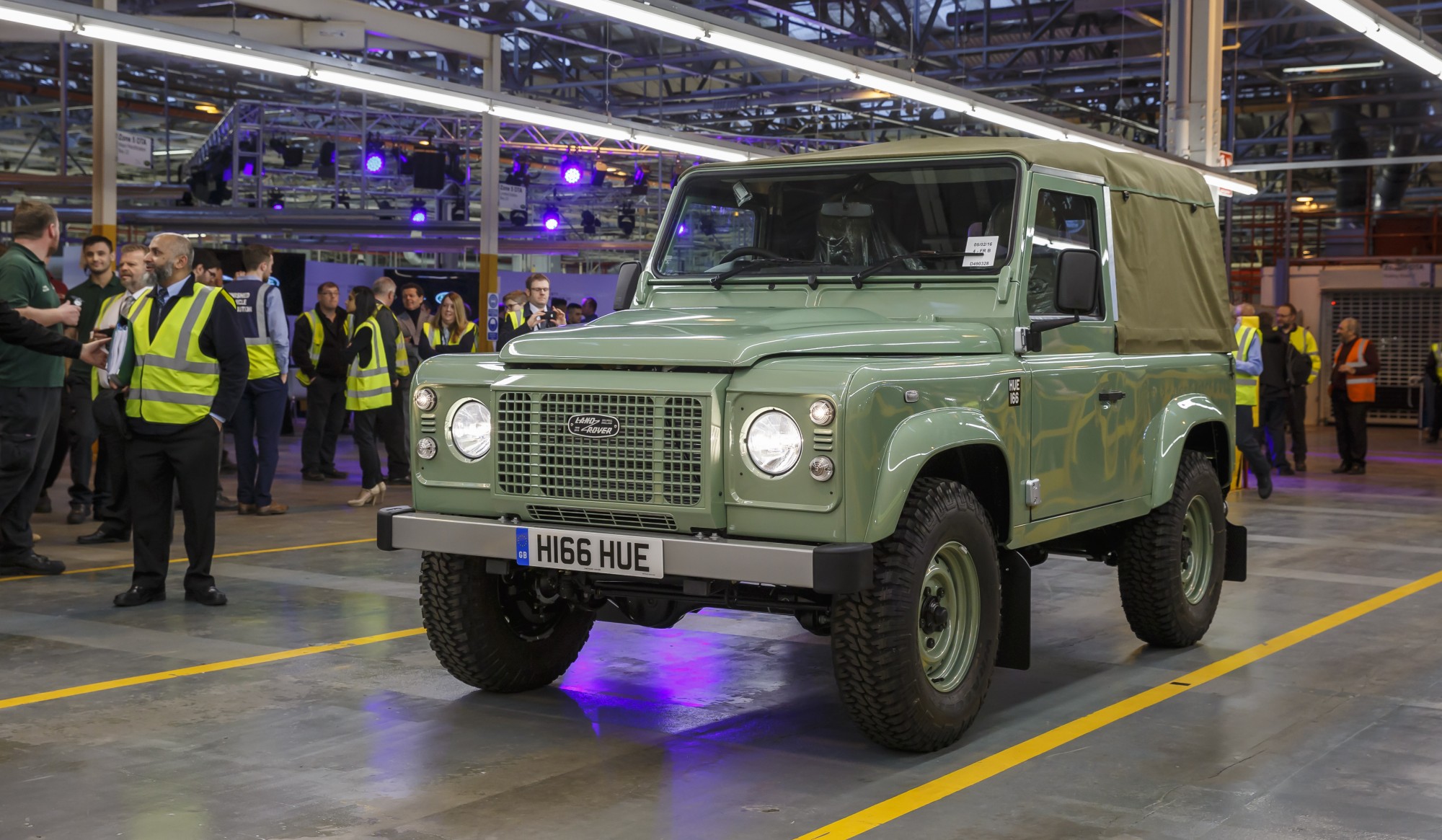 Certainly the mood at Lode Lane on that Friday was not sombre and sad – it was celebratory. The company itself says they have a glorious past to champion, and a wonderful future to look forward to. Part of the party atmosphere was from the workers – Land Rover manufacturing sites around the UK had a ‘Bring your Defender to work’ scheme that day, and Jaguar Land Rover employees with the cherished wagons turned up in their hundreds – racers, overlanders, museum restorations, military trucks, you name it. The cheers when ‘Huey 2’ rumbled off the line gave vent to that optimism and hope for the years ahead – Jaguar Land Rover is the biggest car manufacturer in the UK today, and healthy growth continues. 2015 was a record year for Defender sales, with many fleet customers buying in bulk, so they have enough vehicles to last several years to come. There was certainly little feeling amongst buyers that Defender has had its day – much more a case of, get it while you still can. 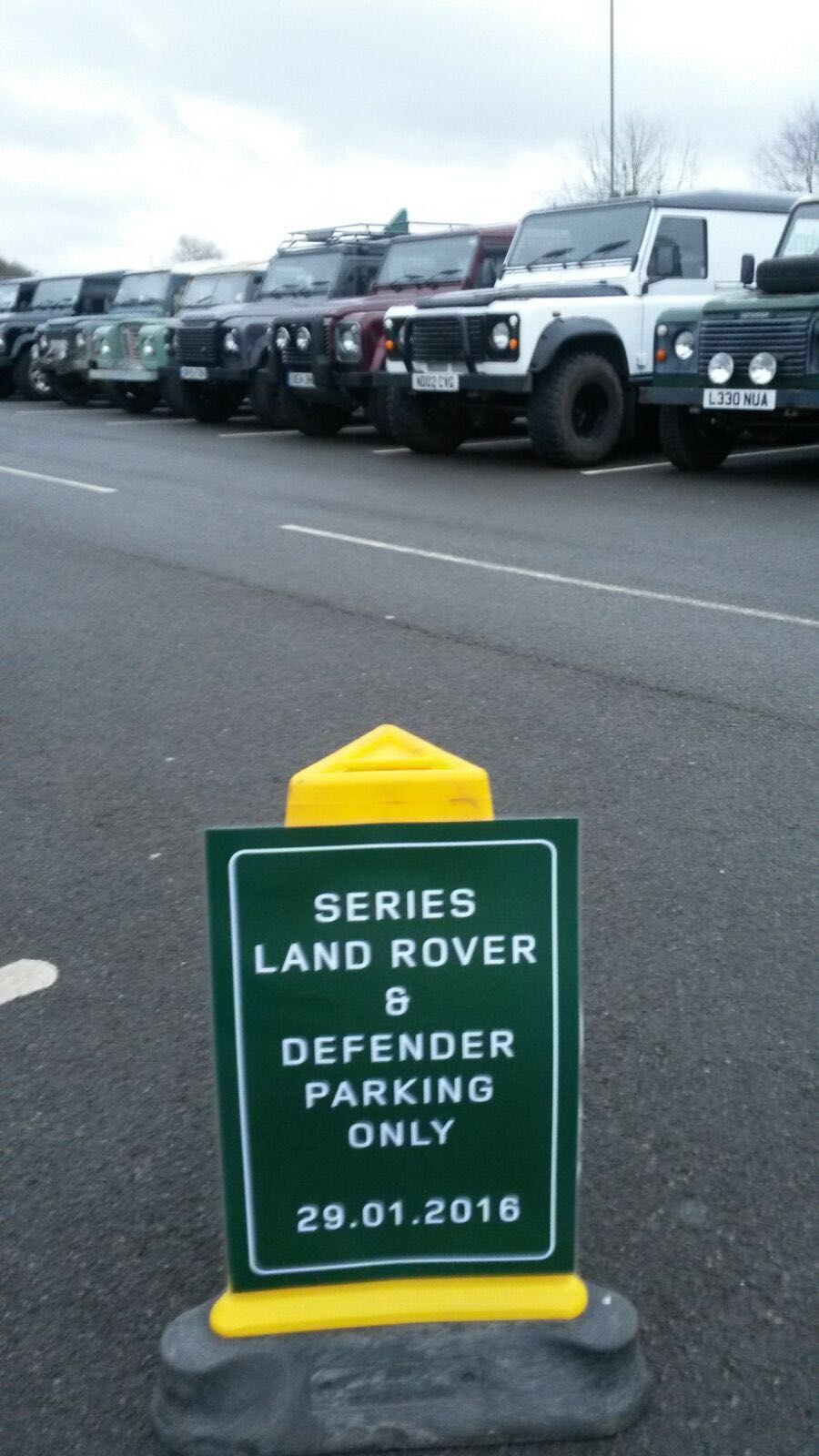 That, however, doesn’t tell us much about the expedition and overland side of the vehicles’ future. Certainly for many overlanding and expeditioneer drivers (me definitely included), past and present, Defender is the top of the tree and will be a very tough act to follow. All we, the drivers and potential drivers, can do is wait, hope and watch. The King is Dead. Long Live the King.

Sam Watson, a trusted and valued friend of the Overland Journal and Expedition Portal fold, knows a thing or two about Land Rovers, and in particular the legendary Defender. You can read about his latest Defender in the latest issue of Overland Journal, slated to hit newsstands in February, 2016. 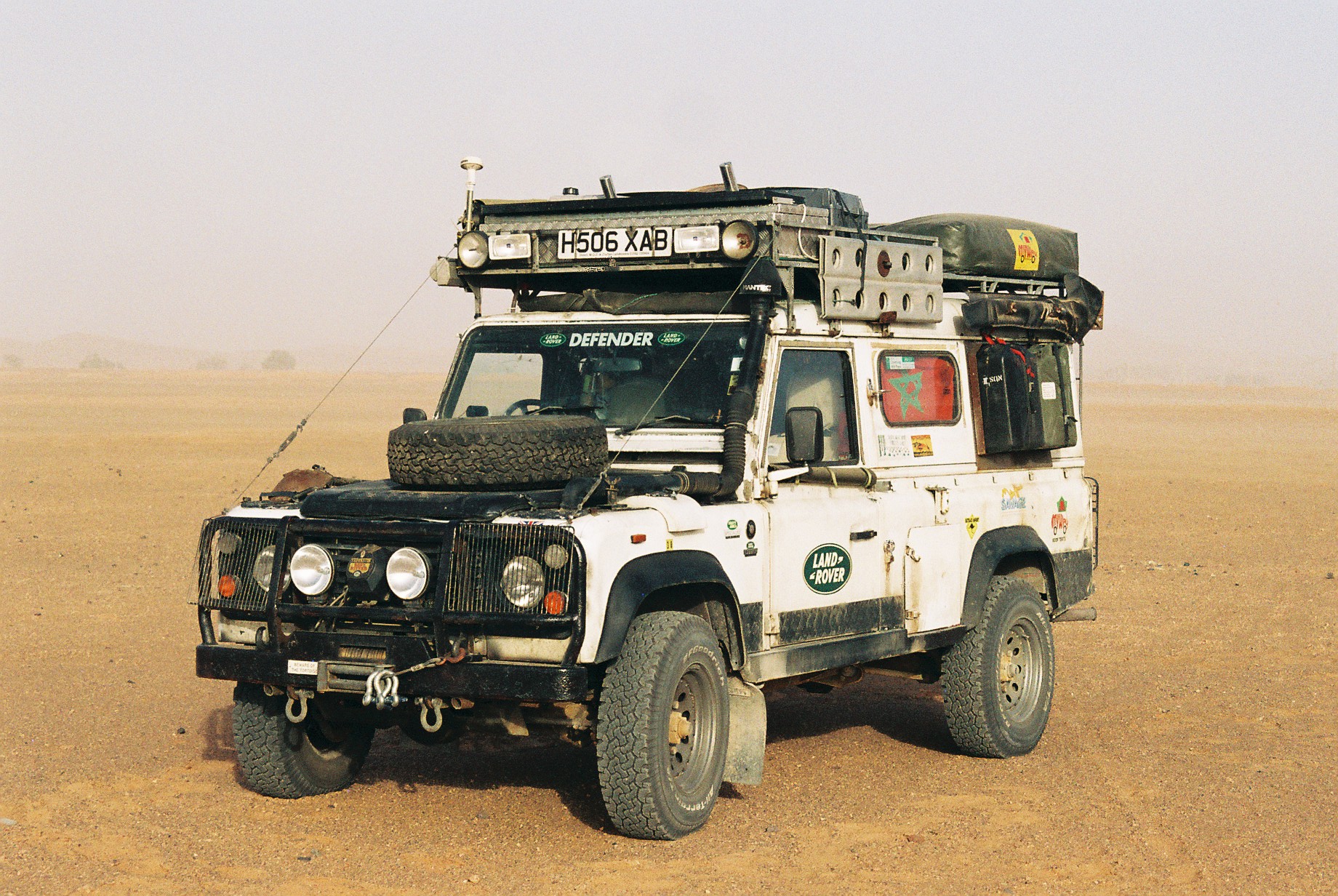 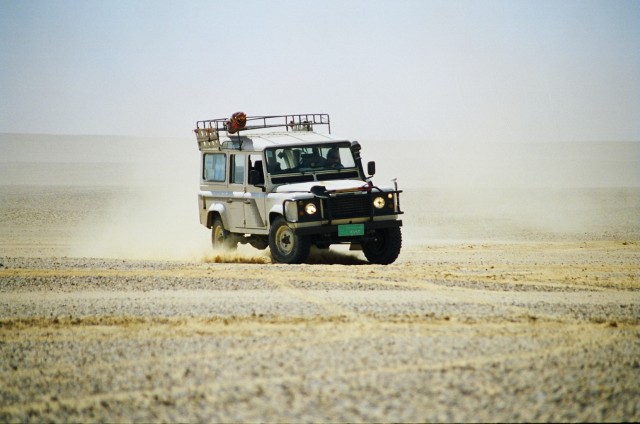 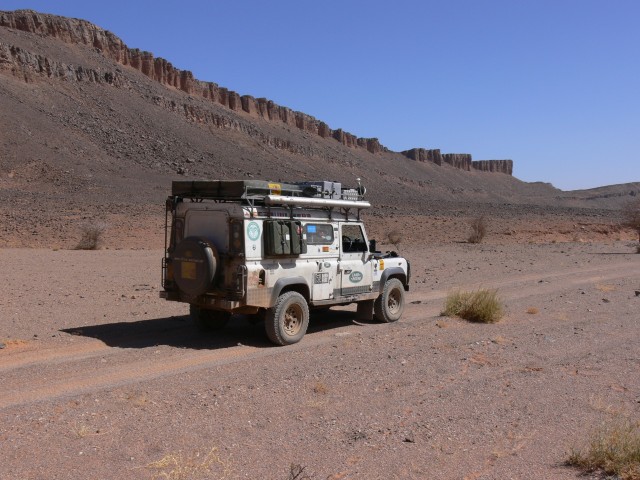 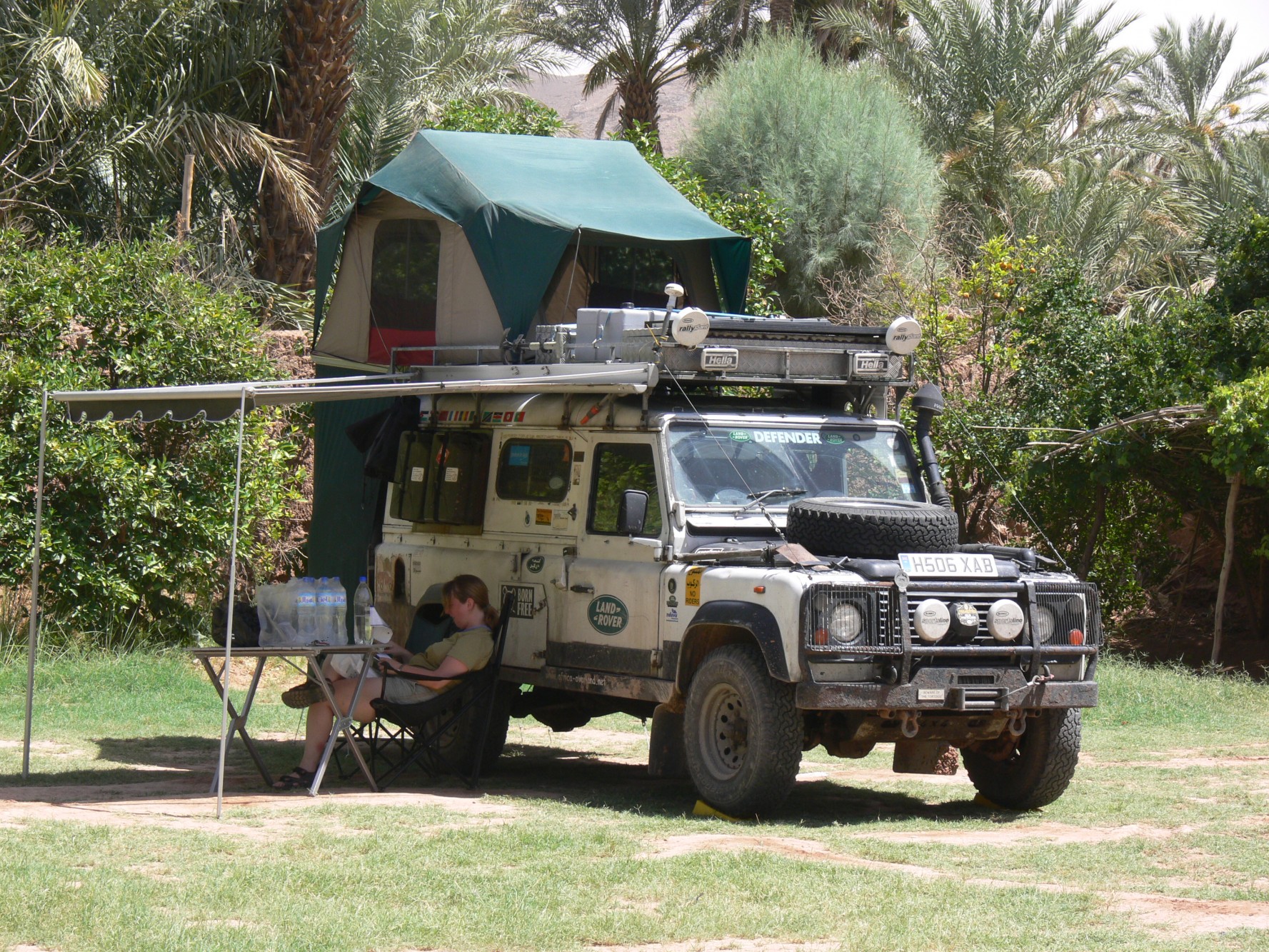 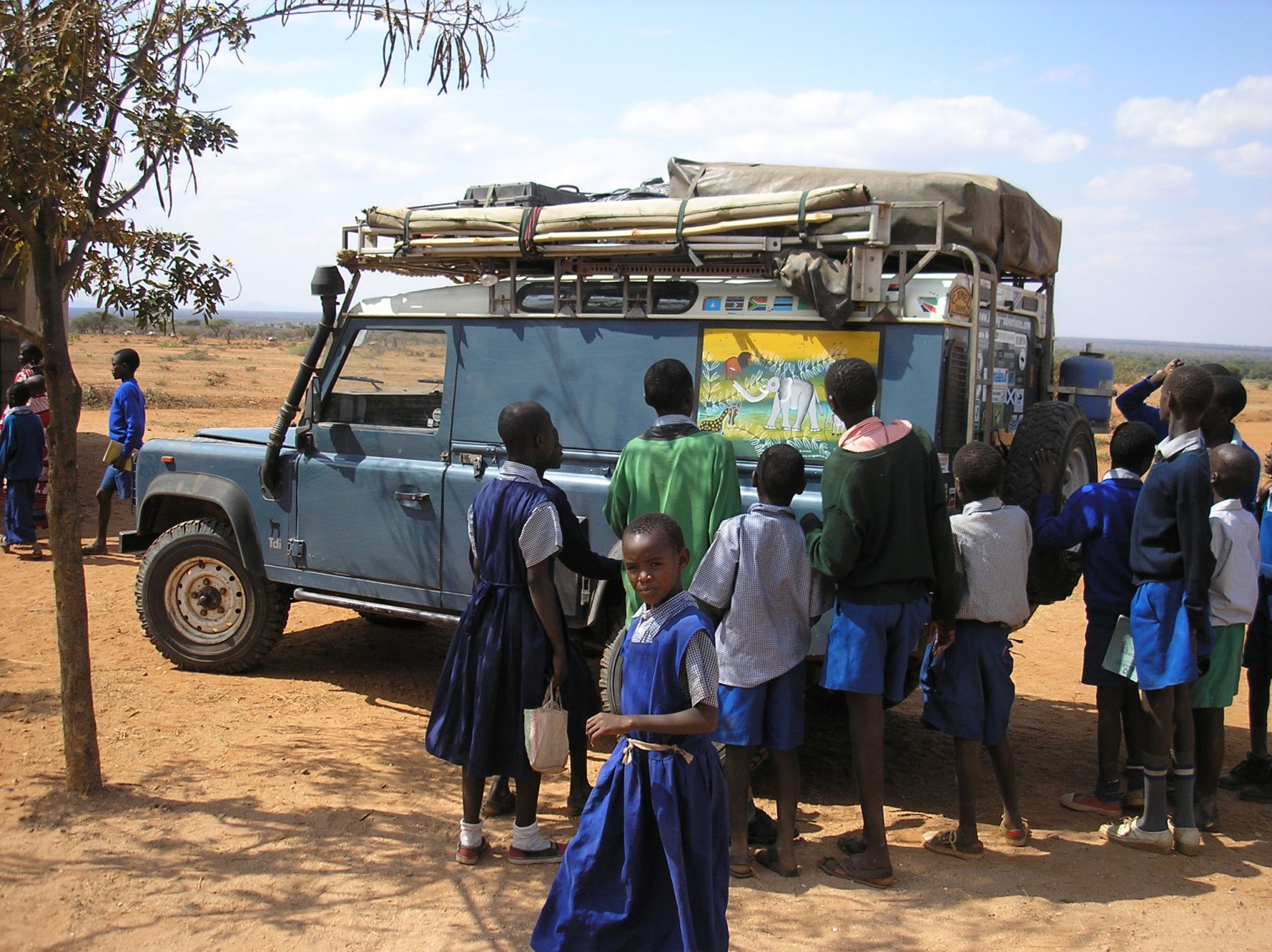 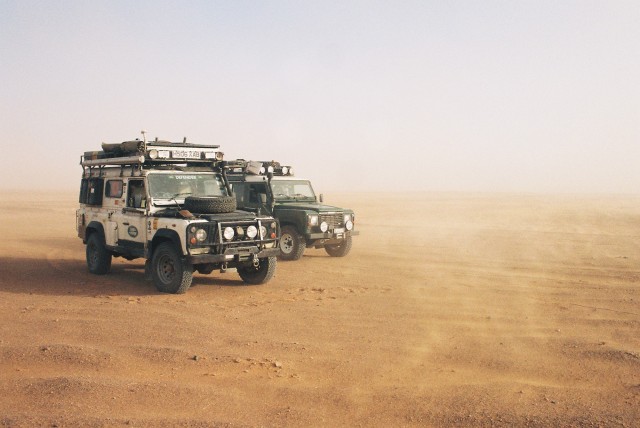