Are you diminutive? Do you have a soft spot for tiny camper vans with a more charming attitude than horsepower? Japanese tuner DAMD premiered their Suzuki minivan camper makeover kit at the 2023 Tokyo Auto Salon, and this little loaf has the internet buzzing. The Suzuki Every, previously known as the Carry or Super Carry, is one of Suzuki’s most popular vehicles. Over three million units have been sold since the vehicle’s inception in the mid-1960s and it’s classified as a kei van (kei is a class of small Japanese vehicles). Not only are these vehicles cute, compact, and fuel efficient, but they have also been historically available in many countries worldwide. 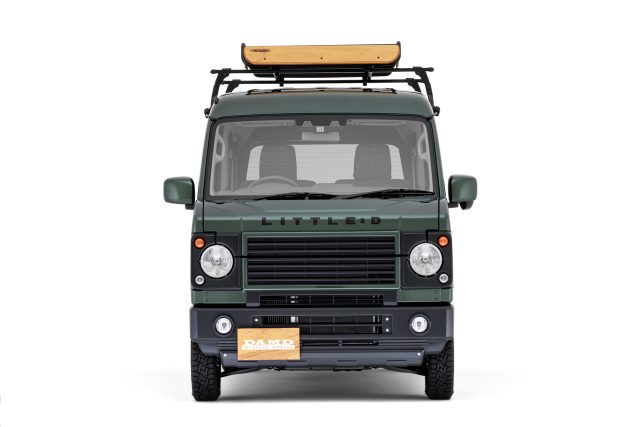 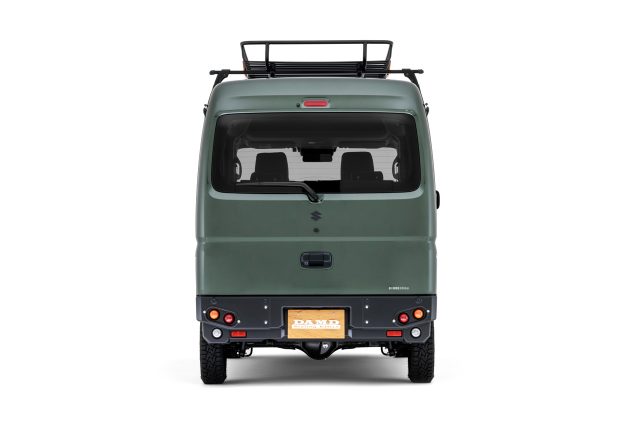 The Suzuki minivan may not boast all of the features expected in an overland vehicle, but it is nonetheless loved by many. It’s more capable than many may expect due to the compact wheelbase and lightweight construction, as well as surprisingly good driving dynamics and frugal fuel consumption (47 miles per gallon!). The minivan weighs a mere 2,000 pounds and is powered by a 660-cc, 12-valve, three-cylinder gasoline engine that can produce a maximum of 63 horsepower, roughly half the horsepower of a Tdi (under) powered Defender. But, while the Defender sports permanent 4WD, a transfer case, and solid axles, the Every makes do with front-wheel drive, independent front suspension, and an automatic transmission. 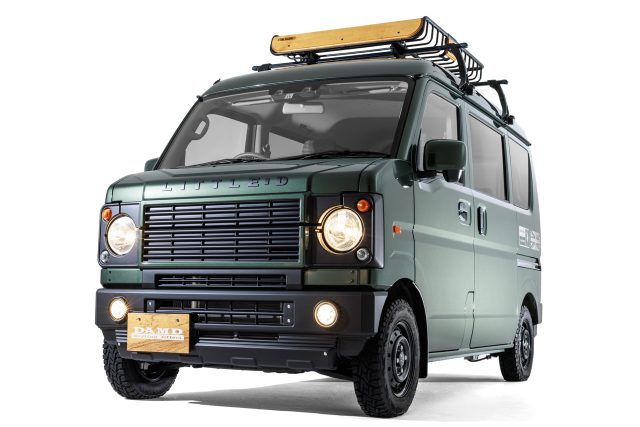 The stock Every van does not inspire thoughts of adventure and exploration; this is where the DAMD camper kit comes in. Essentially the pedestrian, urban vehicle is treated to a makeover which is inspired by the ever-popular visage of the classic Land Rover Defender, hence the name Little D. 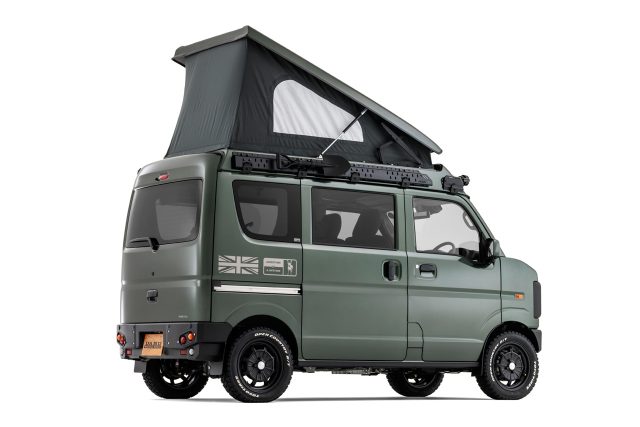 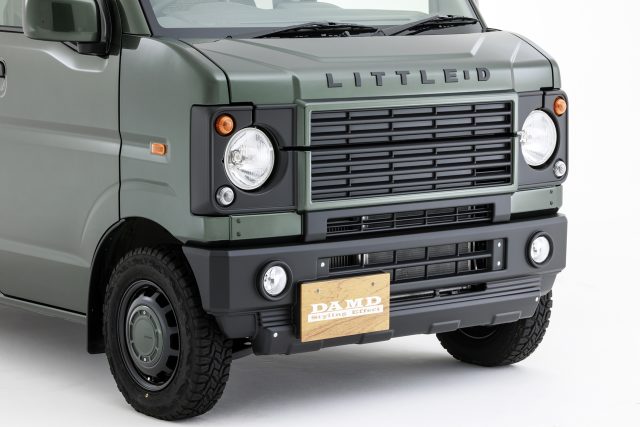 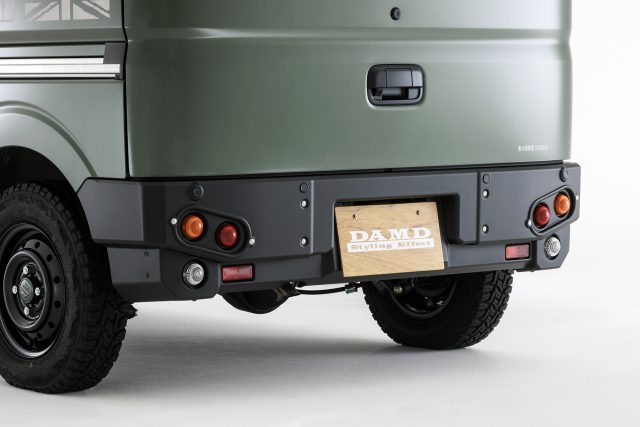 The Little D makeover is most noticeable up front where the large Every headlights are replaced with circular 6-inch headlights shrouded by very Defender-like, square, black-plastic surrounds with integrated indicator and driving lights. The approach angle is improved slightly with the installation of a rugged-looking little bumper with integrated fog lights, and the radiator grill is slotted and rectangular. PIAA spotlights adorn a roof panel that has been adapted as a pop-up roof so that even the tallest short person can now stand up straight inside the camper or spoon on the pop-top bed, accessed via a cut-out panel in the ceiling. The interior is slick and appears to be very well crafted and considered, featuring a waist-height external shower, a sink, electrical outlets, seating, a pop-up table, and a fold-down bed (which, when deployed, covers the entire space behind the front seats), storage cupboards, and curtains. 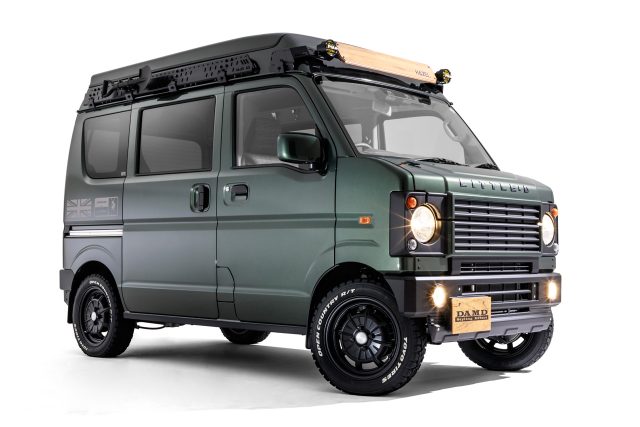 The roof panel also includes mounting points for outdoor accessories such as a spade, an axe, and even an awning large enough to shade a Kermit chair. The stock wheels and tires have thankfully been replaced by a set of steel wheels shod with all-terrain tires that would not look out of place on an adventurous golf cart. Overall the Little D package is tidy and attractive. 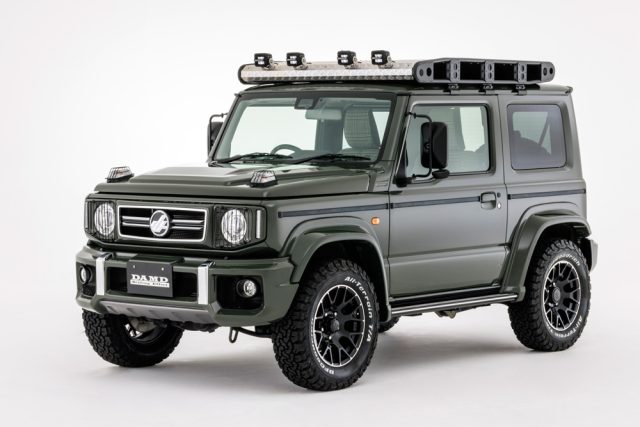 If you are a fan of Suzuki vehicles, and the Little D does not quite give you the fizz, have a look at DAMD’s “Little G” body kits which facelifts the ever-popular Suzuki Jimny to resemble a Mercedes G-Wagen.