If you have not traveled in an off-road capable live-aboard vehicle, you really should give it a crack. There is something extremely gratifying about rolling down a remote road, pulling into a level spot with a nice view, and simply crawling into the back to cook a meal and catch some shuteye.

According to the RV industry statistics, more than 365,000 recreational vehicles were sold just last year with an increasingly large number of those purpose-built to access the road less traveled. The once niche segment that consisted of the VW Westy and the occasional 4×4 domestic conversion van has now ballooned into a social movement called Van Life.

You can’t deny the allure of having your own mobile abode. Whether deployed for a weekend escape, or a multi-year journey, nearly everyone can appreciate the sense of freedom these vehicles afford. But how attainable are they?

At the upper end of the spectrum are the genuine exotics. These are the Unimogs like those outfitted by Global Expedition Vehicles. Easily tipping the million dollar mark, the fuel consumption alone is enough to break most banks. I spoke to one owner who drove from Indiana to Argentina and back in his Unimog at a whopping fuel cost of over $7,000. 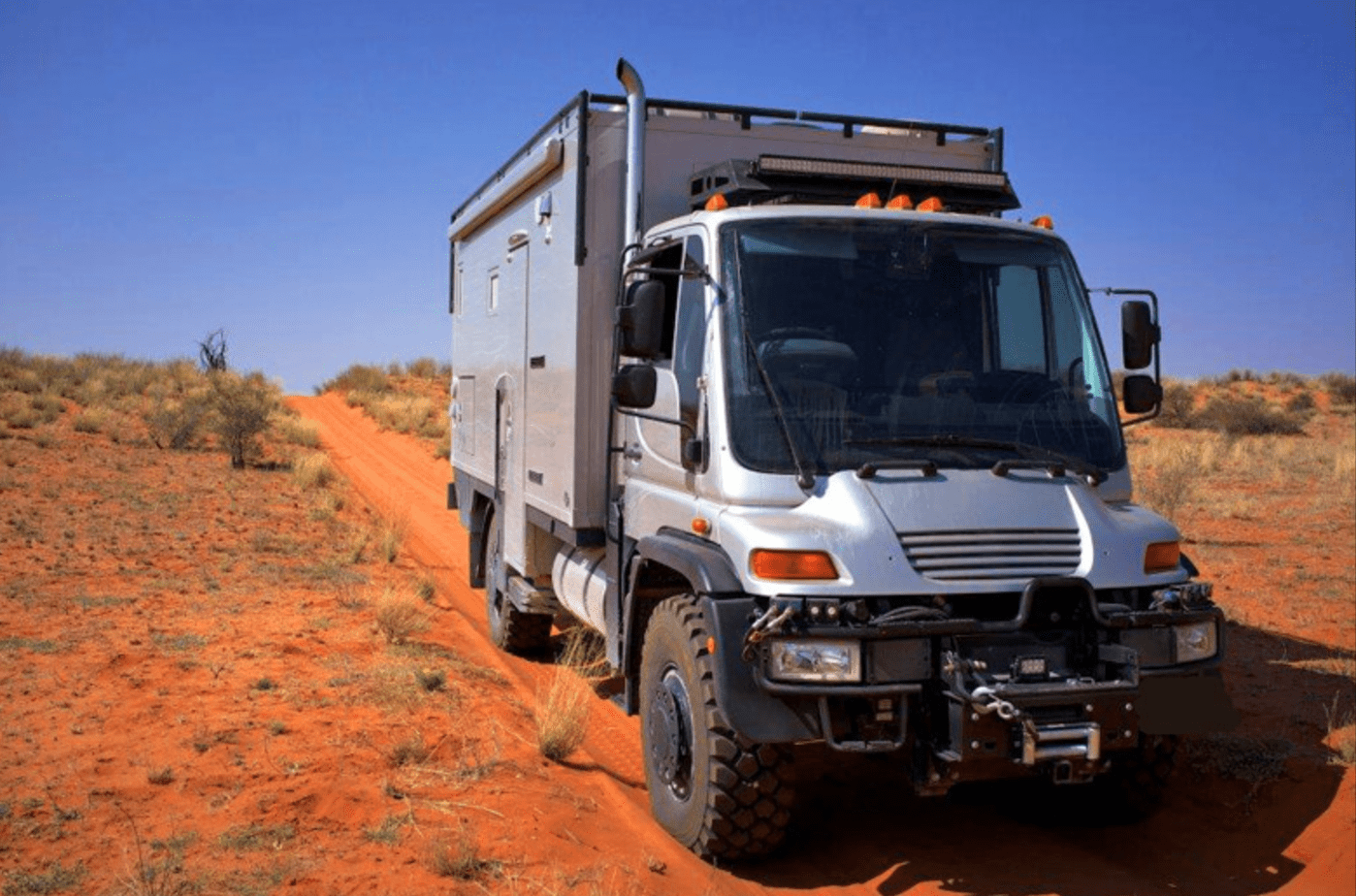 In the same elite level, and in my humble opinion one of the most amazing vehicles in the world, sits the Earthroamer. Handmade in Colorado, their latest masterpiece, a mammoth thing built on a Ford F750 chassis (lead image above), obliterates the million dollar mark, and I’m sure it’s worth every precious penny. That dwarfs the price of their current and most popular trucks built on the F550 platform that range in price from the low $400,000s to just over half a million bucks. Because these vehicles are so well made, and with nearly 180 of them on the road, pre-owned specimens do pop up and are usually in excellent condition. It isn’t unusual to find late models with all the trimmings for as little as $275,000. What a bargain, right? [Read about my week in an Earthroamer HERE.] 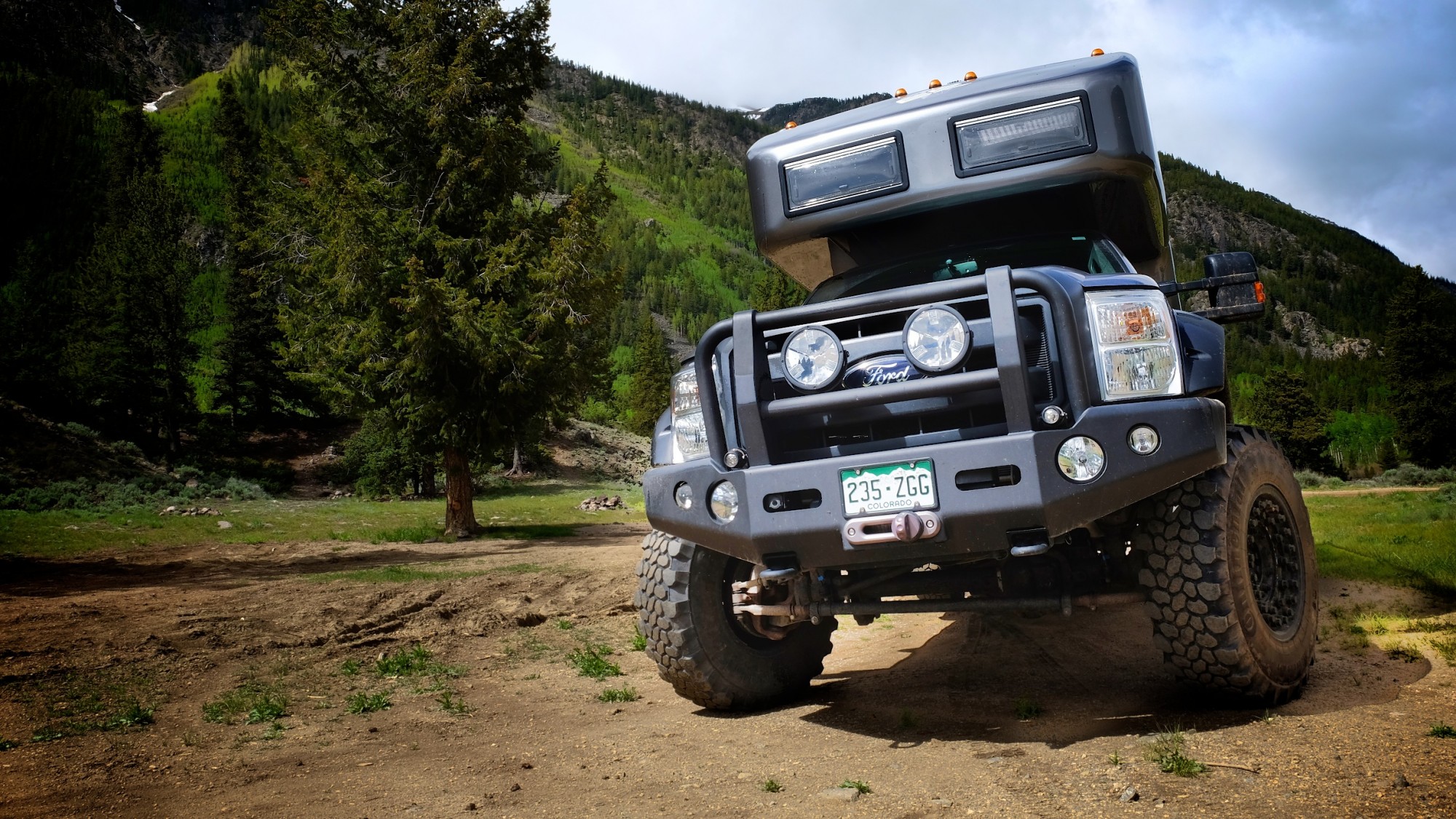 For many buyers, a more approachable option is the Tiger built on either Dodge, Ford, or Chevy platforms. The Tiger Siberian, the pinnacle offering in their lineup, will command a heavy price upwards of $300,000 when fitted with all the options. Their entry level truck, the Bengal, can be had for as little as $122,000. Shop around for used models and you might get lucky and score one for under $75,000 with relatively low miles. 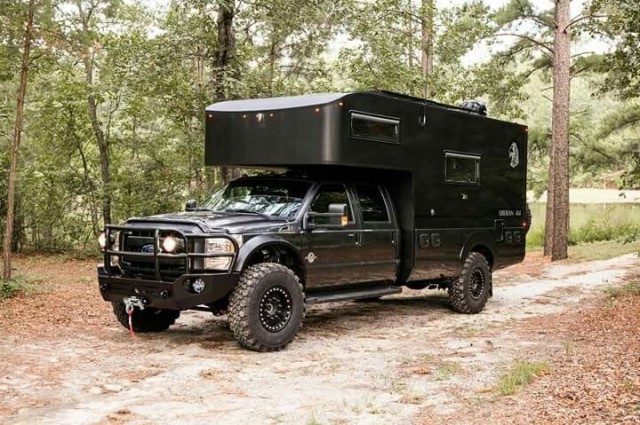 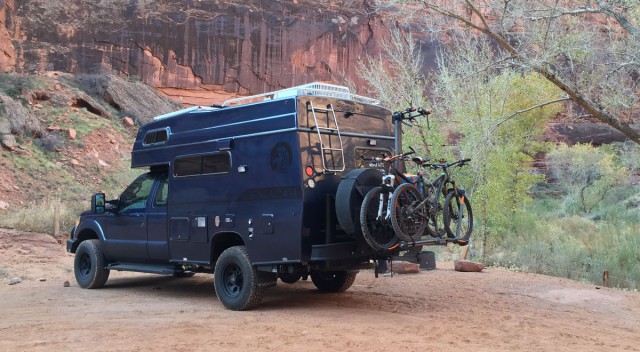 The Bengal above can be rented from the fine folks at Adventure Travel Sports Rentals.

For decades, one of the most popular live-aboard solutions was the Sportsmobile. When they started building their habitats on the 4×4 Ford van chassis, the popularity of the Sportsmobile exploded. So too did the asking price. A well appointed Ford van with all the off-road bells, whistles, and creature comforts will easily push beyond the $150,000 mark. Even a ten year old version with a good bit of miles will still tickle $100,000. This is not to say older vans with less extensive options can’t be had for $75,000, or even $50,000. On the upshot, they do seem to be available on a rather consistent basis. 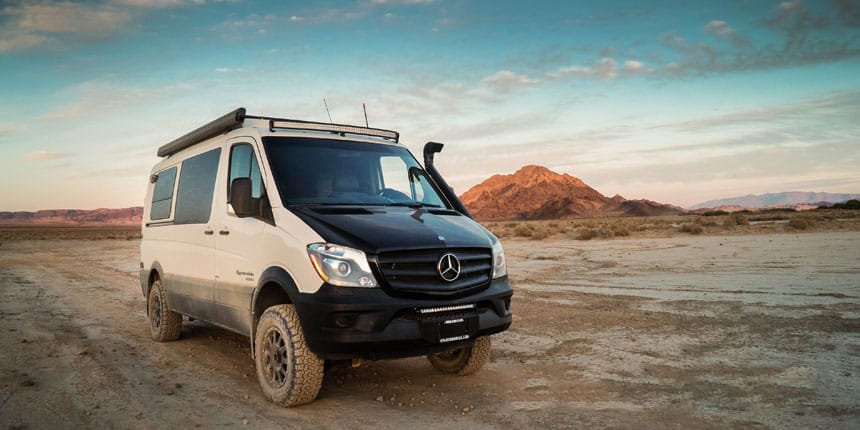 The Sportsmobile franchise really got a shot in the arm when Mercedes decided to bring their 4×4 Sprinter to North America, and things got even better when Ram introduced the ProMaster Stateside. Although Sportsmobile had previously offered custom units built on Nissan’s big van, I haven’t seen many on the road. It truly is one of the ugliest things I’ve ever seen. With Ford now in the game with their Transit, the Sportsmobile buyer has lots to choose from. I am actually amazed that a finely appointed Mercedes 4×4 Sprinter, with a long list of available options, can be had for just a shade over $100,000. Maybe it speaks to my Euro-car tendencies, but I love the look of the ProMaster. 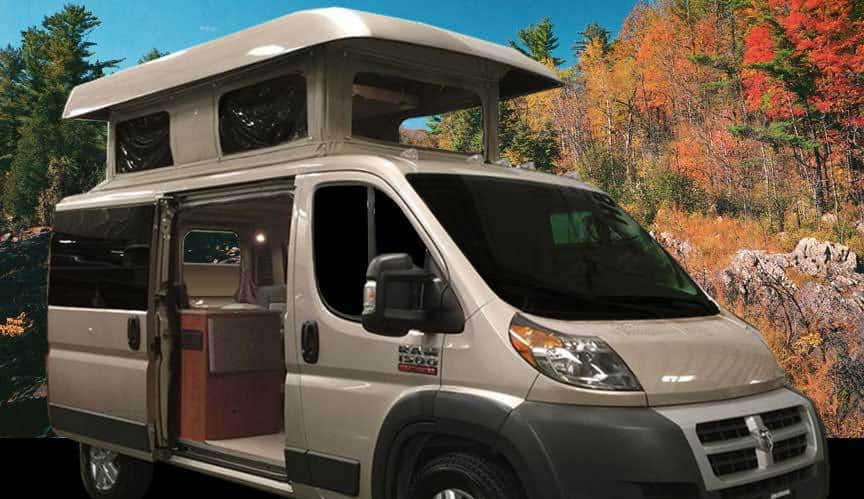 Not to be left out of the off-pavement camper segment, the camper kings at Winnebago jumped on the Sprinter wagon and offered their Era class B camper with the new 4×4 chassis. It took them some time to best understand the needs of the traveler hoping to push beyond RV parks and campgrounds, but they’re starting to see the light. A 4×4 Era with all the common options will push beyond, $125,000 but it is a very nice vehicle.

So far, everything I’ve listed has crushed the $100,000 limit. That’s a great deal of cash for a vehicle that many will only use for forays into the long weekend. For a growing number of people, the turn-key camper is not in the cards. Many people build their own vans and campers. Despite the availability of some 4×4 vans like the Sprinter, many are not available with that option. Fortunately, companies like Quigley 4×4 can make the conversion complete with two-speed transfer case and added lift. Once your van is ready for it, then you can go to work building out the interior to suit your needs––and budget. 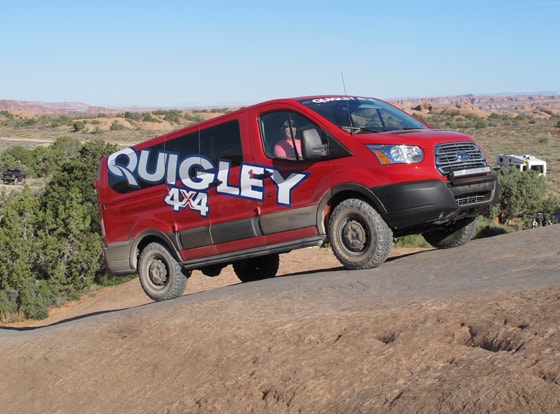 The most common solution for the live-in vehicle isn’t a van or self-propelled camper, it’s the tried and true combination of a pickup and a slide in camper. In that space, the 4Wheel camper has been ruler of the roost. Their campers have traveled to the far ends of the earth. With base campers, effectively empty shells, starting at around $8,000, budget minded overlanders can slip into a system that suits their needs. On the other end of the spectrum, the largest and most opulent 4Wheel campers cost more than $40,000. When perched atop a $50,000 truck, you’re starting to approach Sprinter money, but you have a vehicle that will most likely travel any ugly backroad you wish to tackle. 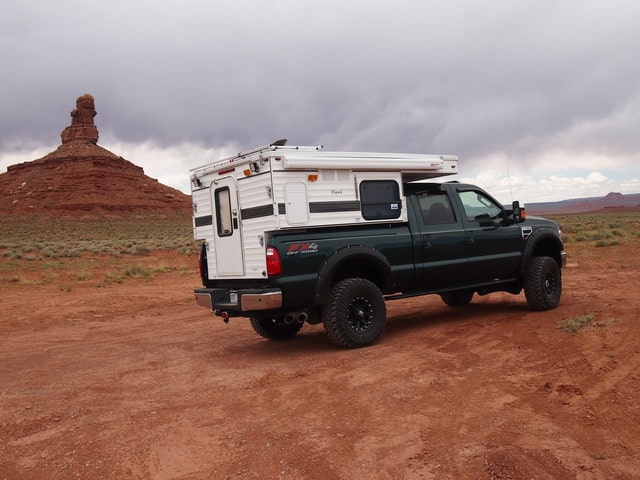 Image above provided by Equipt Expedition Outfiiters, a dealer of 4Wheel Campers.

There are some other options favored by the van and camper traveler. GoWesty has always been a popular source for restored and prepared AWD VW camper vans. Their turn-key Syncro Westy vans can fetch between $85,000 and $115,000. That’s a mind bender, but the resale values seem infallible, and owners of those vehicles are always slow to let them go. 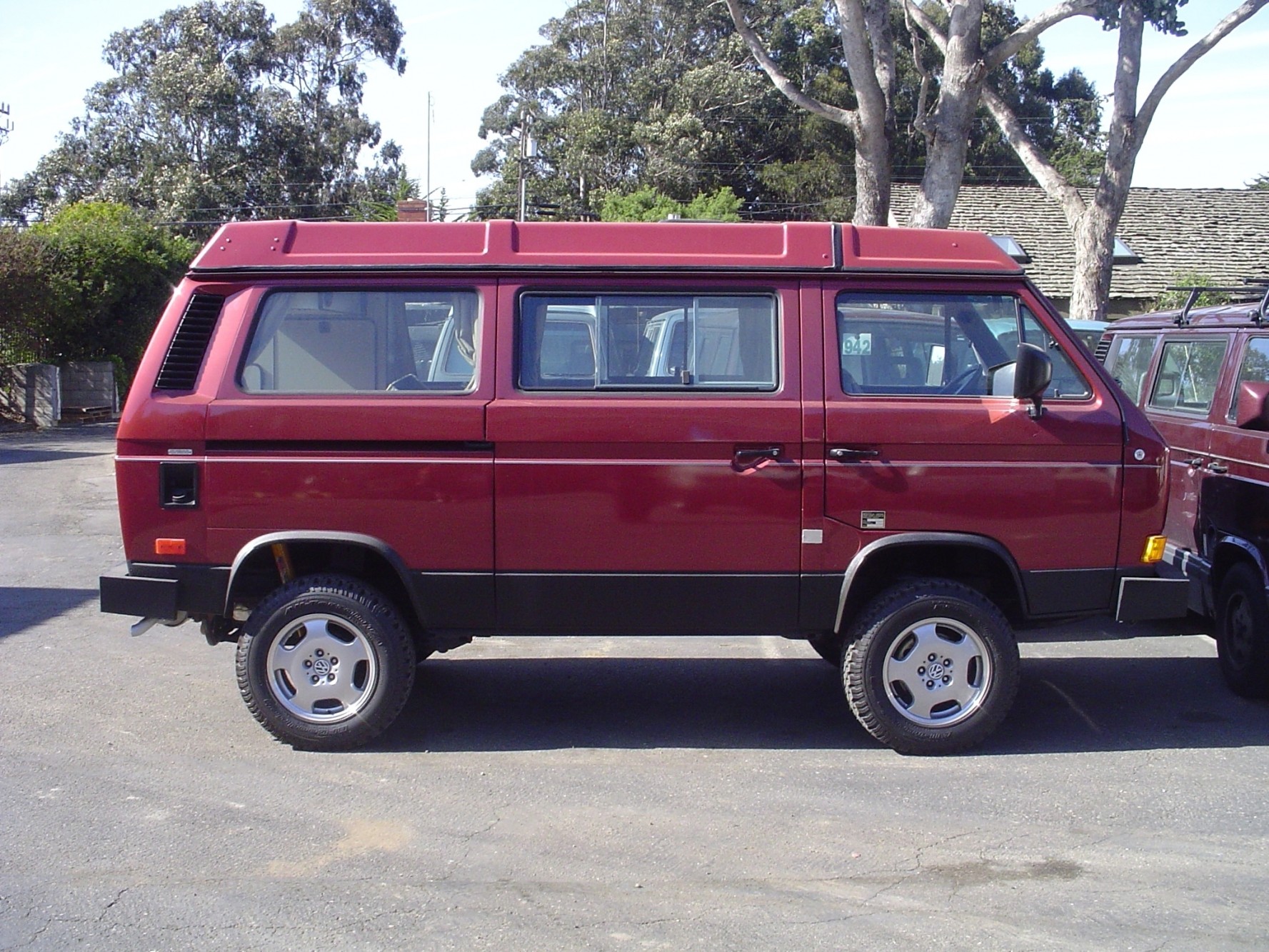 So, where does this leave the buyer with a modest wad of cash to spend on a van or camper? The pre-owned market has some surprisingly good finds for those willing to look for them. Just recently I saw a listing for a 1987 diesel powered Toyota Sunrader for the reasonable asking price of $25,000. Just a couple years ago, one of our very own Expedition Portal forum members sold his AWD 2005 GMC Safari van with a V6, 31-inch tires and a 3-inch lift for just over $10,000. 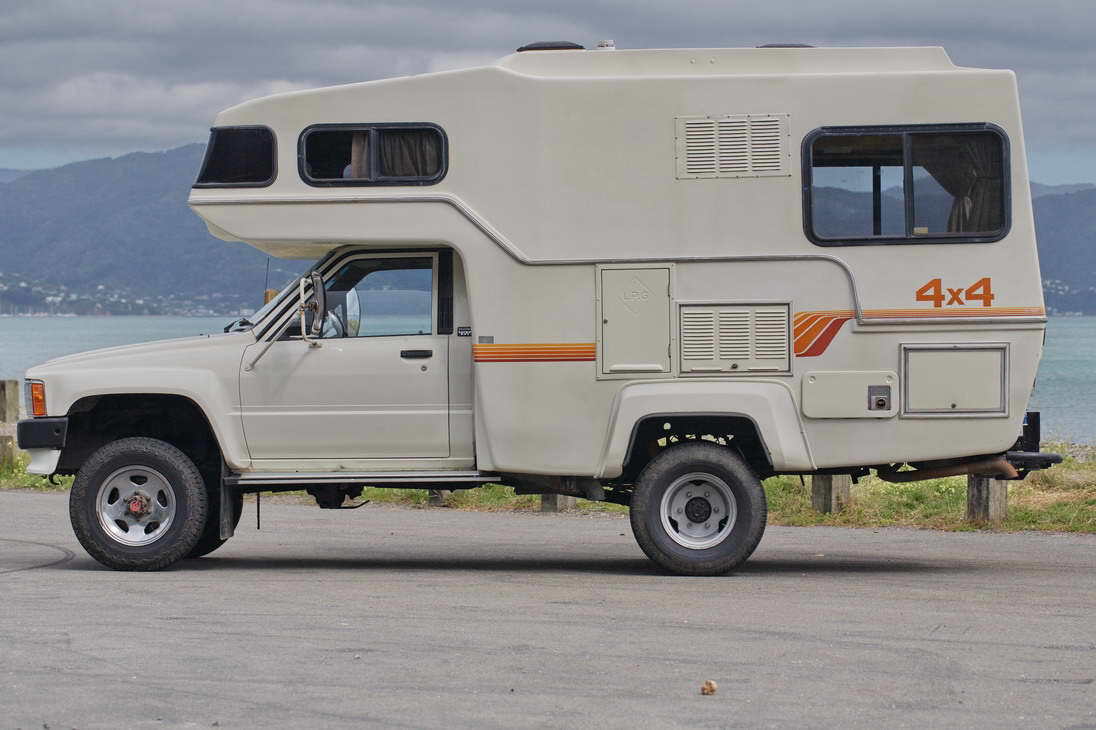 As you can imagine, the options are seemingly endless. With 365,000 RVs sold last year, and millions on the road fitting every type and description possible, chances are there’s something to fit your budget and your needs. I didn’t even list a fraction of the companies out there right now converting Sprinters, Transits, and all manner of vehicles into superb travel platforms.

I’m sure we’d all love an Earthroamer, but I’d take a Sunrader and a long weekend over staying home.

XOverland :: Return to the MacKenzie 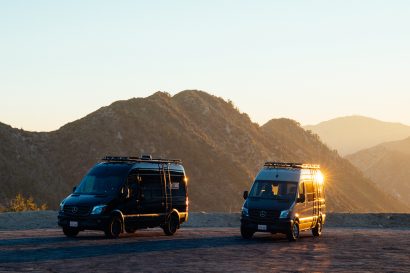 Texino Will Build Your Custom Campervan, and Manage Rental of it Too 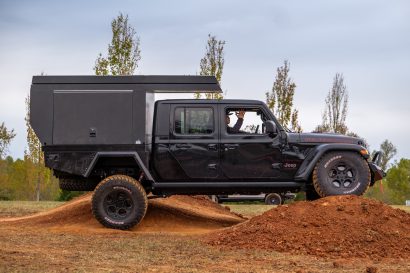 A Closer Look At The FiftyTen Camper 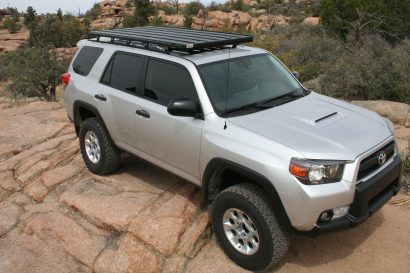