Once the secret gets out, I think the organizers of the Carson/Tahoe Moto event will eventually have to limit attendees; the motorcycle riding opportunities in this part of the country are that good. Northwestern Nevada and the Eastern Sierra Nevada Mountains offer a mix of paved and unpaved roads, expansive high-desert views, forested mountains and high passes. If it’s too warm for you in the valleys, just ride up a mountainside. 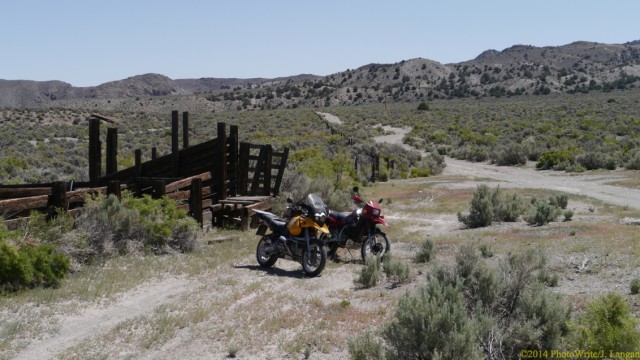 Last year I enjoyed a media-familiarization ride with a larger group of motorcycle journalists and industry folks. This year I was treated to a personal tour by one of the principle organizers, J. Brandon. We met at the Carson Valley Inn (CVI) event headquarters in Minden, Nevada, then rode south on U.S. 395 through the pleasant small towns of Minden and Gardnerville, paralleling the California state line until we turned east onto Nevada 208. Thirty miles after departing the CVI, two-lane highways delivered us to the farming community of Smith Valley, Nevada. 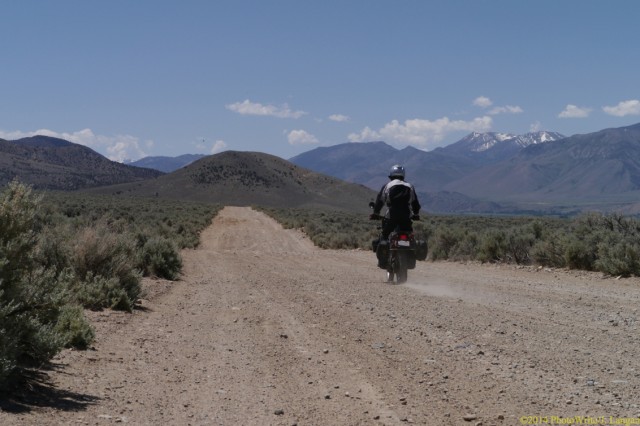 We left the pavement in favor of Hoye Canyon Road, heading south and riding along the West Walker River, then continuing on Eastside Lane. The roads were wide and easy, but numerous photography stops consumed 90 minutes while traveling this 13.5 mile segment. Our trusted steeds—me on my 2001 BMW 1150 GS and J. Brandon on his Kawasaki KLR—found water and lunch at Walker Burger, a burger shack worth visiting with shaded outdoor seating along Highway 395 in Walker, California. Even before this refreshing stop, I had been enthusiastically hollering, infected with the innate, visceral excitement that is much of the thrill of motorcycling; it had been too long since I’d ridden. Brandon’s zeal was displayed by the happy, silly delivery of his moto motto; “This doesn’t suck, even a little bit”, which gave us many shared chuckles throughout the day. 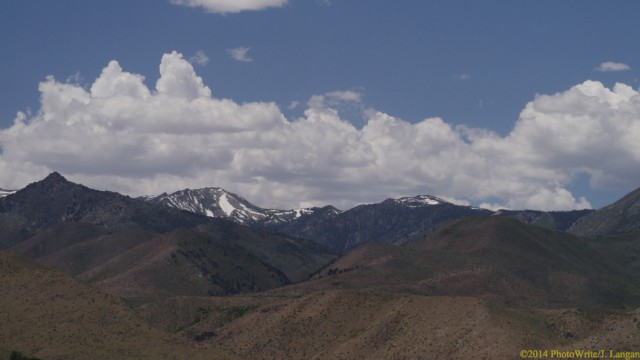 Monitor Pass to Leviathan Mine Road

The southern terminus of California Highway 89 is at U.S. Highway 395. We zipped up the clean, smooth pavement, leaving the Great Basin behind, and after a 10-percent grade and several miles of twisties, arrived at Monitor Pass (8,314 feet). My Heidenau K60 Scout tires held in the turns while running a mere 25 psi at both ends, riding at about 75 percent of my ability on the almost traffic-free Robert M. Jackson Memorial Highway. 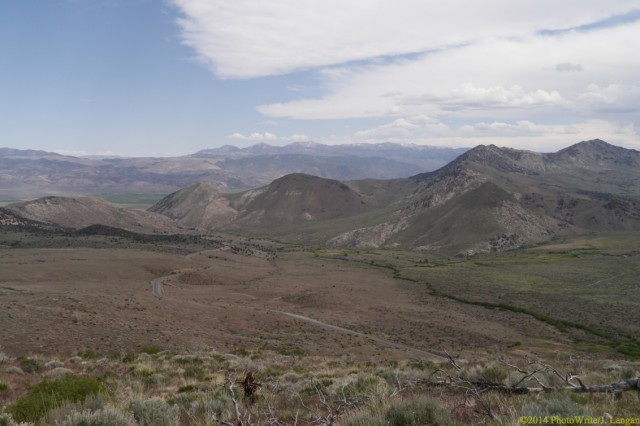 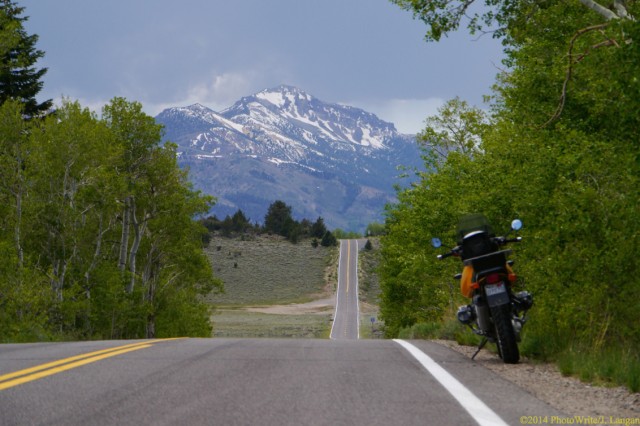 A few miles west of the pass we turned north on the well-marked Leviathan Mine Road. This graded, gravel route is wide, easy, and well maintained for large truck traffic, including mirrors on the blind curves. Once the Leviathan Mine site is reached—which has been a superfund site for several years—the road becomes technical and a bit challenging for larger adventure bikes and/or beginners, though J. and I motored-on with only a couple foot stabs. On the other end of the mine the good road returns, continues to widen and straighten, enters Nevada, and ends at Highway 395, well north of where we had left it behind to seek Monitor Pass. 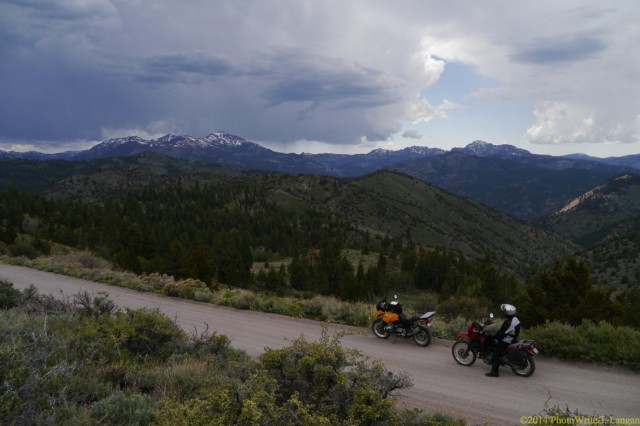 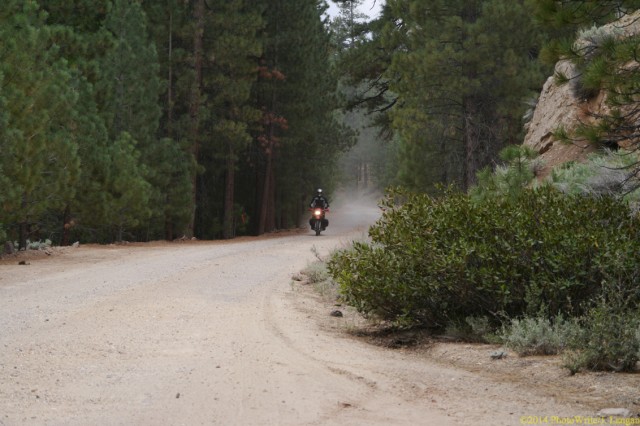 After these 15 miles off-pavement, a fast 14 miles delivered us back to the CVI, where we enjoyed pie and coffee, discussed our adventuresome day and future rides we want to enjoy together. This doesn’t suck, even a little bit.