I’ve wanted a Belstaff Tourist Trophy motorcycle jacket for a while. That classic, British, belt-waisted jacket made famous by just about every American actor who’s thrown a leg over a motorcycle. Most notably, Mr. McQueen (see: here). My good friend Andy has one, something he scored from a smelly thrift shop in the Pacific Northwest. He encouraged his friends to find a few as well. I, however, never stumbled upon anything as awesome at a thrift store—mostly just old lamps and the occasional picture frame. And after examining my friend’s finds, I concluded I would need something a little more substantial, something which might actually protect me in the event of an off-motorcycle experience. So, I started shopping. 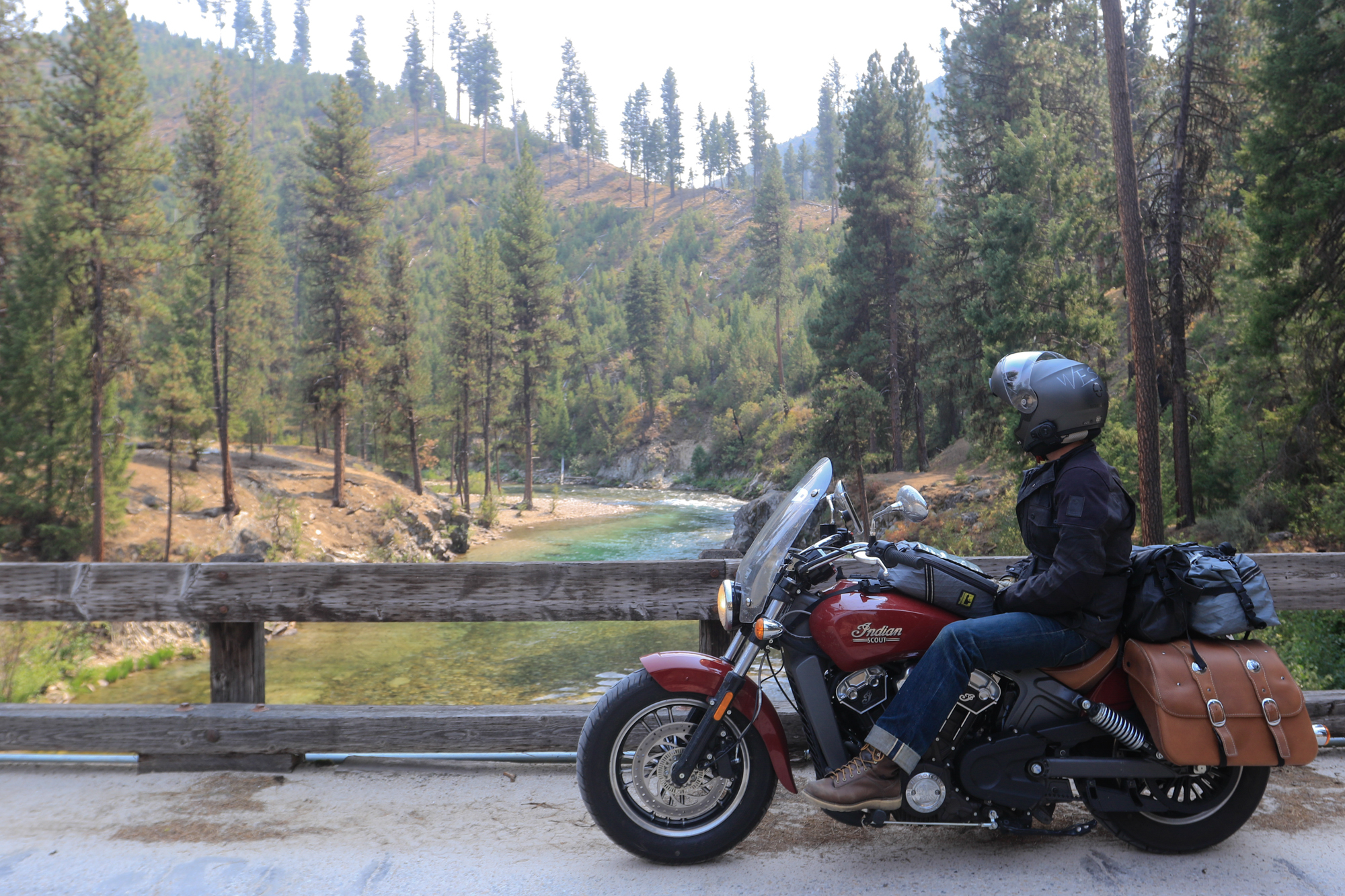 Just about every MC gear supplier out there makes something similar. With four pockets on the front, a belt around the middle and basic, if not archaic, snaps and clasps. Almost all of them come sans Velcro, without any exciting features, and little in the way of liners or insulation. It wasn’t until a press trip to Monte Carlo when I found the thing I had been looking for. A friend and fellow journalist, Chris Cantle, arrived wearing a wonderfully weathered jacket, with the four pockets, the belt, and a patina only an old motorcycle coat can acquire from years spent beneath an unrelenting sun, with dust and bugs and weather beating down upon its exterior. He told me the jacket had originally been black, but now appeared a dark gray due to a month-long motorcycle ride across Morocco. It had come with a quilted, goose-down-like liner which was also waterproof. In his front pocket, he had some sort of scarf. And noticing I was cold, he offered it to me—a man with fewer pockets and even less insulation. And while I declined his scarf offering (I’m more of a HAAD kind of guy), I did inquire about the coat. 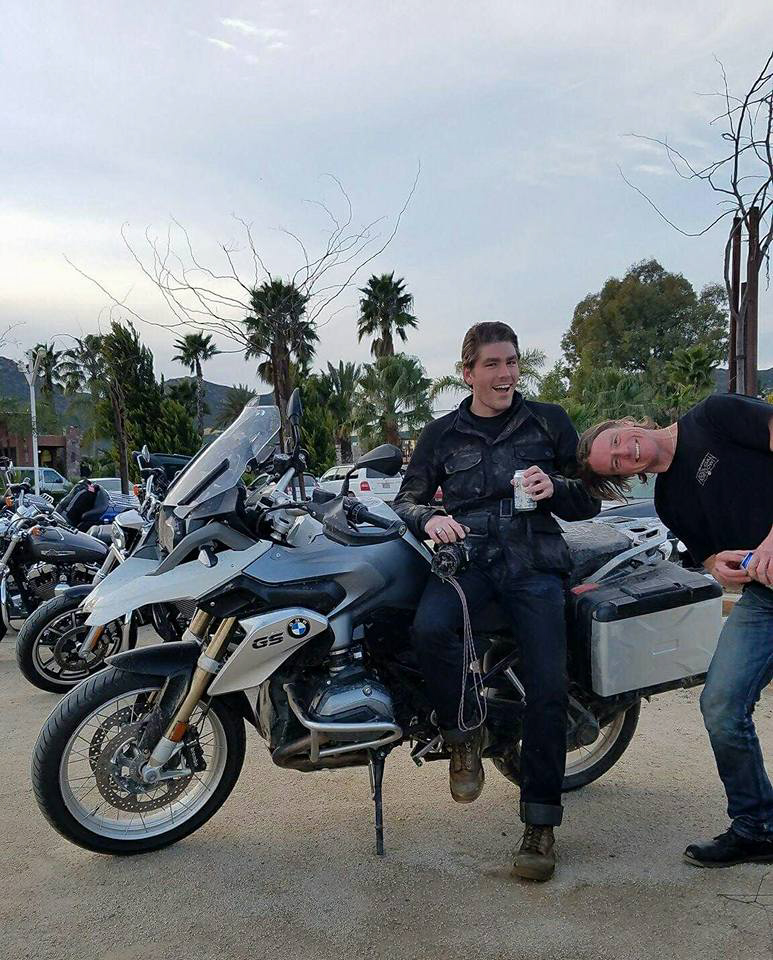 REV’IT is known for making some quality kit. I should know, I’ve been wearing their stuff for the last few years with really nothing to complain about save for their lack of Gore-Tex outer shells, but that’s a different thing entirely. The jacket Chris wore was REV’IT’s top-of-the-line, British-inspired touring coat, the Zircon. Wax-coated polyester creates a water repellent outer shell, while critical impact zones like elbows and shoulders are reinforced with contrasting polyester Oxford. The jacket is simple, to say the least, with four pockets on the front, each of which is secured by trusty button-snaps, an elastic drawcord around the bottom of the coat helping to tailor the look, a belt at the waist, and a similar closure around the storm collar. There’s an inner breast pocket with an orange zipper (for visibility) beneath the storm flap. A perfect place for your wallet and documents. The storm flap itself is secured by a series of button-snaps, covering a robust YKK zipper running from the collar down three-quarters of the way south, allowing the bottom of the jacket to lay comfortably across your lap while riding (TMI?). There’s an insulated thermal liner which is, as I mentioned earlier, waterproof and maybe even a little too warm. There are also hand-warmer pockets behind the bottom two front flap pockets. Plus, the jacket comes standard with elbow and shoulder armor of the CE-rated Knox Lite variety. It also offers a back-protector slot if you feel like adding one. 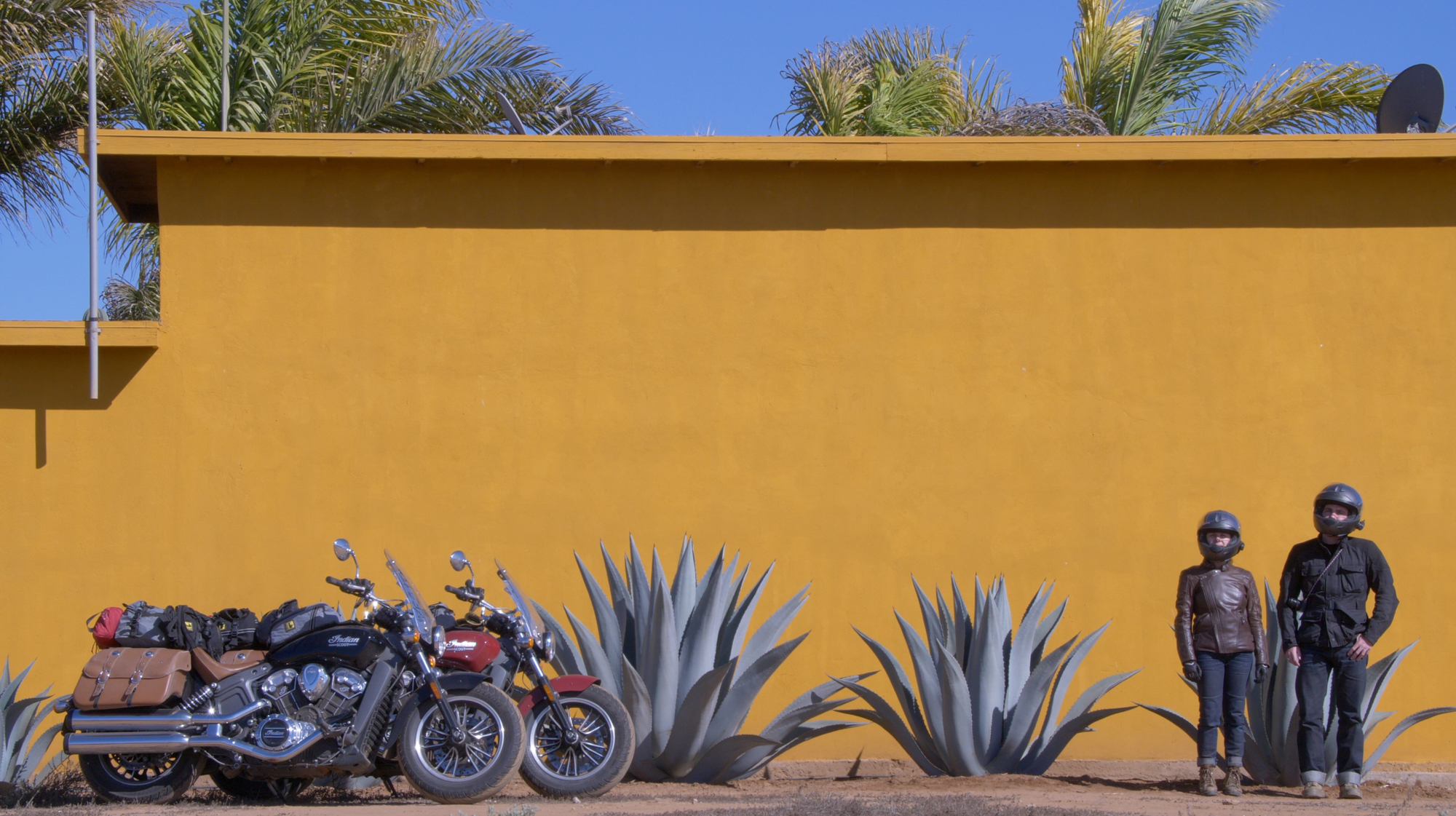 Enough with all the technical stuff. The real thing I want to write about is how much I love this coat. I literally have a garage full of motorcycle gear, including countless jackets of all varieties. And yet, every time I jump on a motorcycle, I find myself pulling the Zircon off the rack. Why? 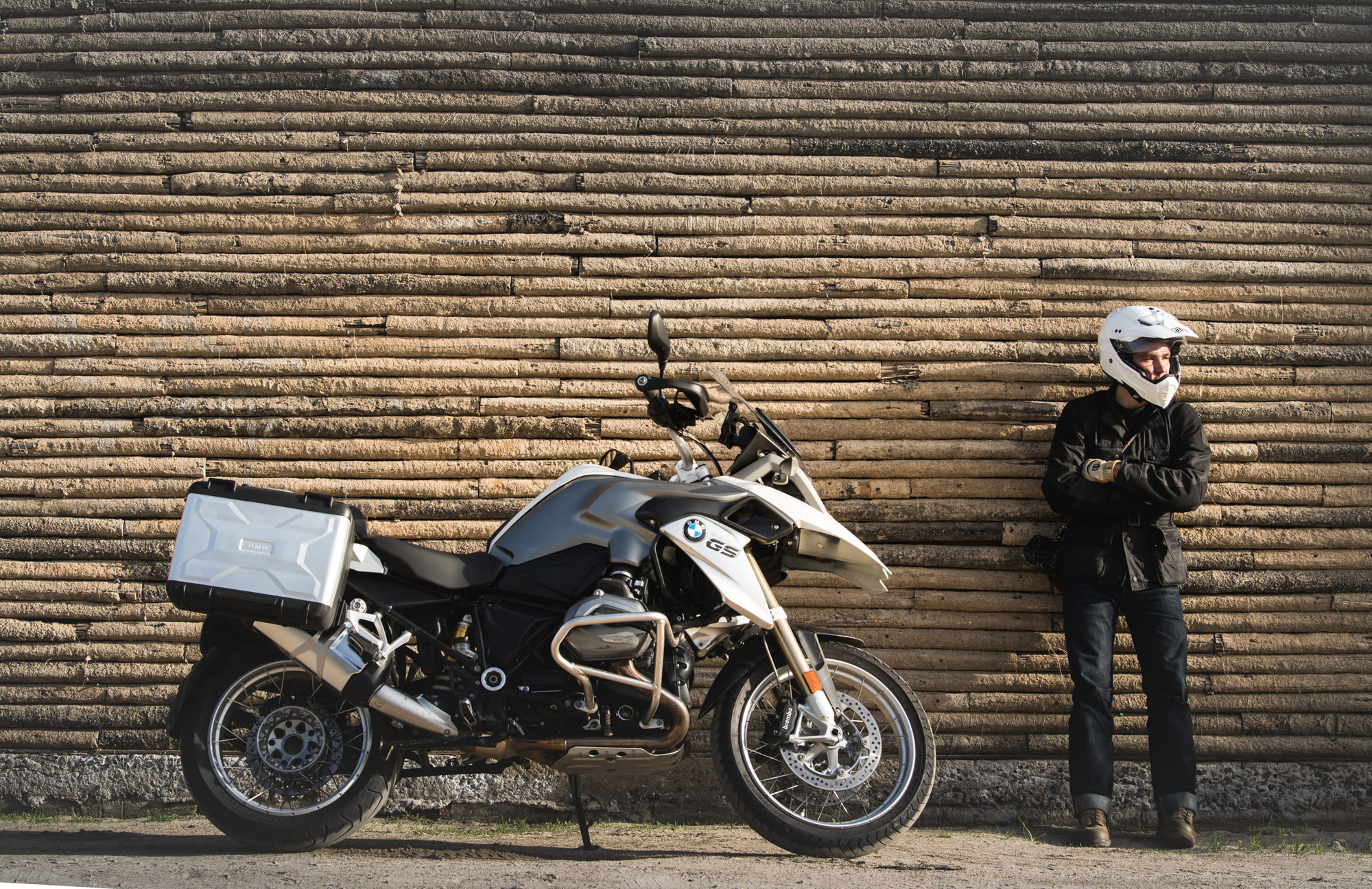 About a month ago, the two bags I strap to the back of my motorcycle were stolen while I visited my family in Seattle—someone broke the window of a friend’s car, grabbed, and dashed. I was devastated. One of the bags contained my laptop and all my camera equipment. The other had nearly all my clothing inside of it, including my beloved Zircon, a jacket which had been on my back for a few years, traveling to more than five countries and over countless miles aboard motorcycles. It was, as far as I was concerned, just beginning to get good. A glossy layer of dirt and dust was covering the entire coat, much of which came courtesy of a rather unexpected water crossing aboard a BMW in Mexico. Now, remember, I’ve got a lot of motorcycle gear, so this loss was not something that should have slowed me down. Aside from the camera and computer kit, of course. But that jacket, that jacket was everything I had wanted from a touring coat. It was toasty with its thermal liner zipped in, breathable at warm temps, as weather-proof as any waxed outer shell can be, more-so with the Gore-Tex innards, comfortable, easy to use, and looked damn good. I loved it. So, I ordered another. 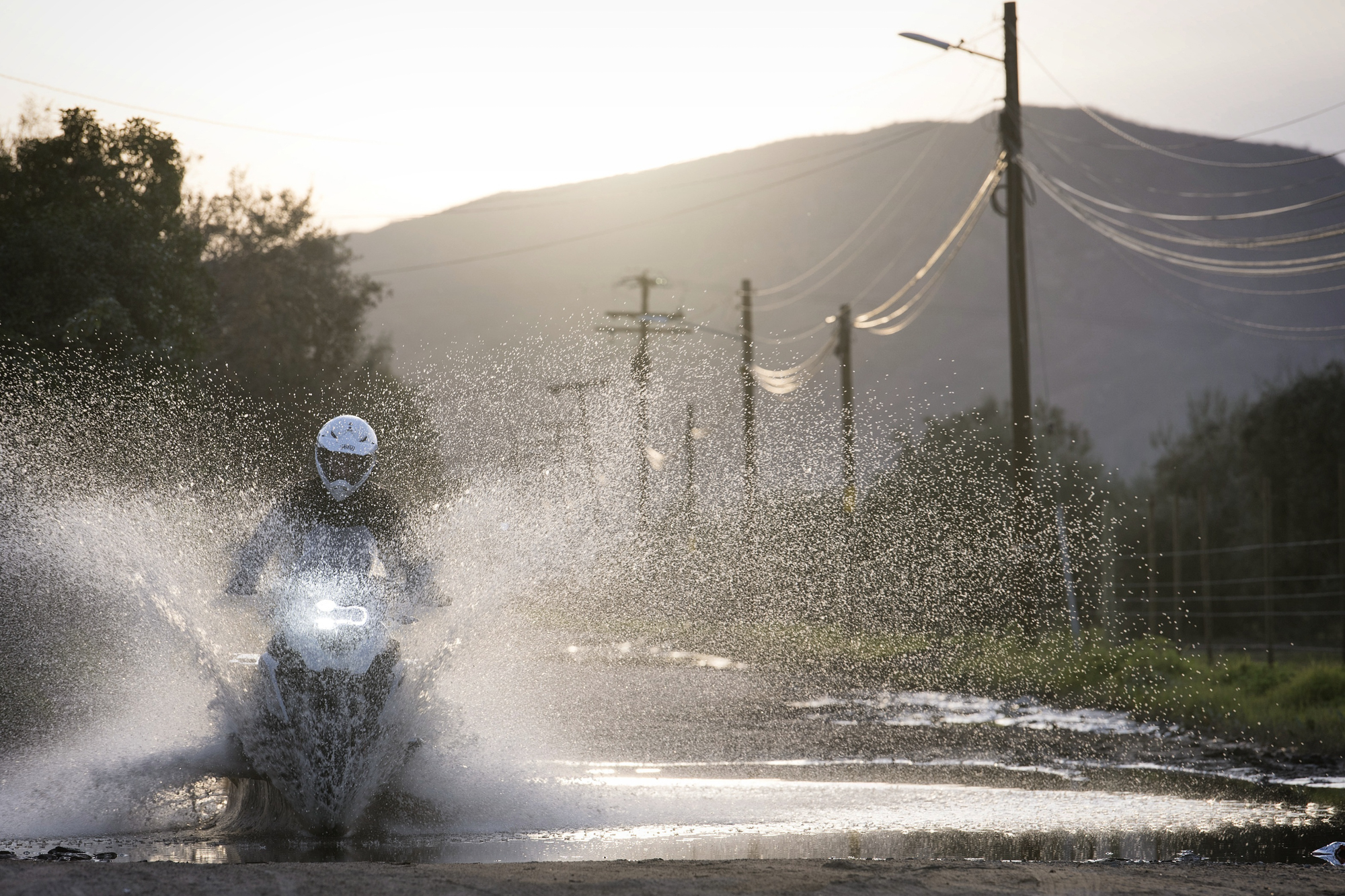 My new Zircon, like my first Zircon, is everything I wanted from the beloved Belstaff Tourist Trophy, while adding CE-rated armor, a waterproof thermal liner, robust stitching, and the aforementioned polyester Oxford material at the elbows and shoulders. It’s the same size, the same shape, and has the same belt-waisted look I had been after with the Belstaff. It is not, however, wearing the patina accumulated from a few years and many thousands of miles. The only thing this jacket needs now is a story. So, when I go to the garage in search of something to wear for our next adventure (did somebody say Baja?), I’ll go with my Zircon, Version 2. 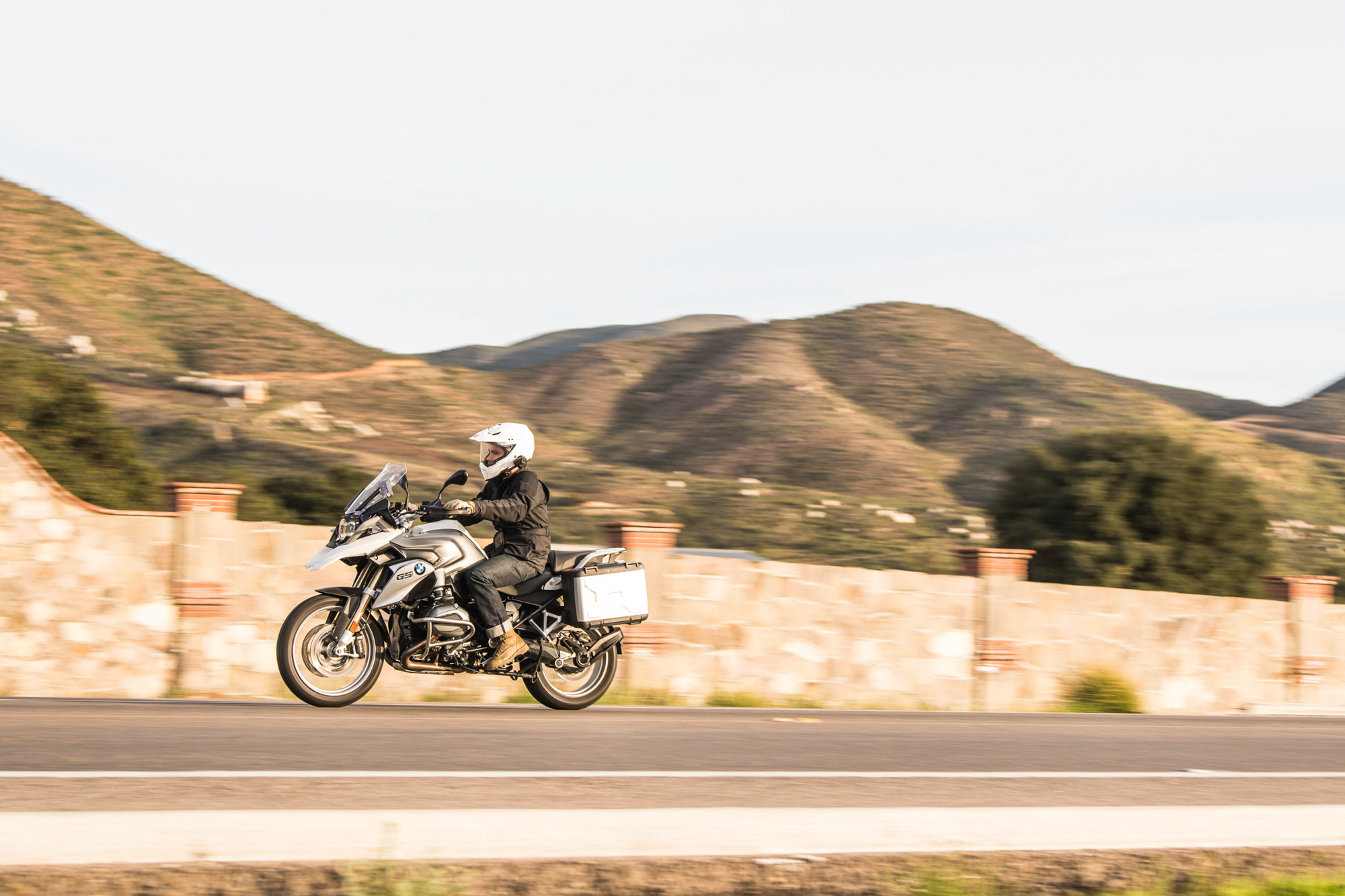