The first thing that catches me when I watch the film In A Straight Line is that Stacie B. London’s nail polish isn’t scratched or chipped. The film opens with her wrenching on a 1967 Harley Davidson Aermacchi, and those red-hot nails—like fast cars and stilettos—are flawless. This, however, is no indication that the vintage car racer is faking it. As she tells viewers: “I need to work on my bike; I don’t have anybody else to work on it.” 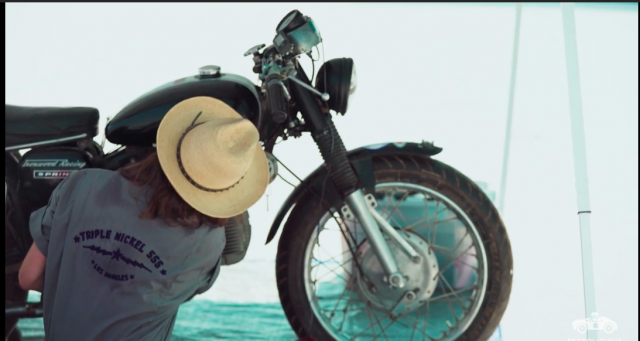 Stacie goes on to explain the sizing of pistons and other inner workings and maintenance I’ve always wanted to know about my own bike but shamefully don’t.

Stacie’s beloved bike, in contrast to her nails, does have scratches, dings, and chips—a patina that speaks of a lifetime spent chasing speed records. The film winds a heartwarming story around Stacie’s notable attempt at a land-speed record on the Bonneville Salt Flats in Utah.

It’s hard to choose who to love more while watching In A Straight Line: the bike or Stacie herself? Both are personable, hearty characters. Both strive to take care of the other. As the 28-minute movie continues, I wonder who Stacie loves more: her Harley, nicknamed the Triple Nickle, or the cute little black dog, who gets a lot of screen time.

Then there’s the admirable Ralph Hudson. At 69 years old, Ralph still held the FIM World Record as the fastest person to ride a non-streamliner motorcycle, clocking 297 mph. His presence at the beginning of the film is subtle, but as the two work together in his garage, the quietness between them shows the trust of a long, respected friendship.

Stacie started going to land-speed events with Ralph in 2012. It was Ralph who mentored her as a racer, helping her repair and maintain her bike, along with fostering other disciplines a competitive rider needs to learn. Stacie credits Ralph for one of her most important lessons: learning how to deal with defeat.

The screen switches to the Bonneville Flats. We’re about to see Stacie race. She shows some anticipation and nervousness, but only if you really look hard. Otherwise, she’s pretty flippin’ cool for someone who’s positioning to break more than just speed barriers.

“The record is really important to me because it’s a sign of achievement that you’ve done something really well. Being part of an event that’s 70 years old, being a woman that has built my own machinery—yeah, it’s a really big deal.”

On the first day, Stacie qualifies for a record with her speed of 87.668 mph on the Triple Nickle. The small-displacement Aermacchi—produced after World War II to fill the need for cheap, efficient transportation—was only designed to go 60-65 mph. Through working on the bike, Stacie was able to take her Harley to Bonneville and reach much higher speeds. 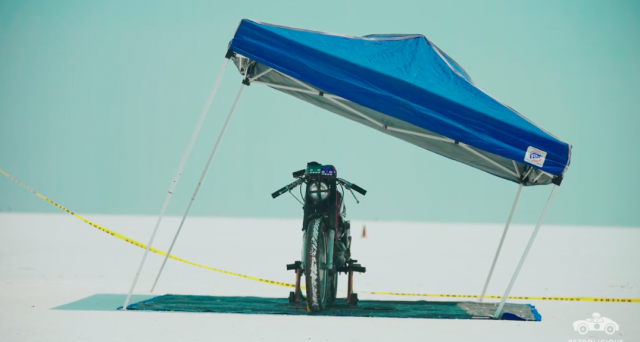 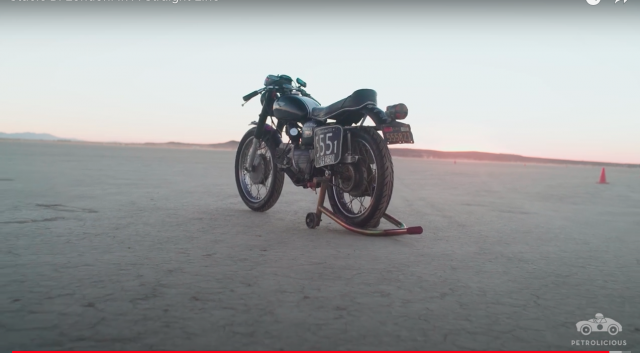 On race day, the Triple Nickle doesn’t start. The run needs to be made early when it’s cooler because the bike will run better. Finally, it comes to life. Stacie doesn’t have time to look deeper into the feeling she has that something’s not right. She takes off. A camera mounted to her bike makes me suck air through my teeth when Stacie goes into a terrifying speed-wobble. I worry I’m about to see her crash.

There will be no spoiler alert. You’ll have to watch the film to find out what’s next, but I will say there’s a sad bit at the end.

One of my favorite parts of the film is when Stacie’s friend says he’s envious of her; that he has to go to work but she’s “off going racing. It’s something we all want to do as boys to men. We all want to get on a bike or a car and race. She’s out there doing it.”

Respect and admiration increase the longer I watch Stacie’s confidence and comfort-in-her-own-skin kind of vibe throughout the film. But of all the inspiration I find watching In A Straight Line, the most poignant message I’m left with circles back to her words at the beginning:

I know she’s talking about racing, but I’d bet money Stacie B. London handles letdowns and successes alike with the grace and humility that comes through in In A Straight Line. 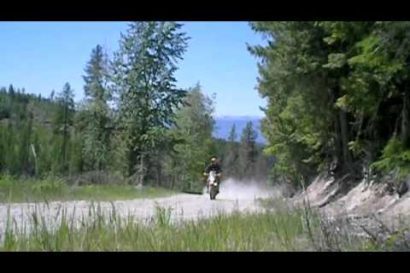 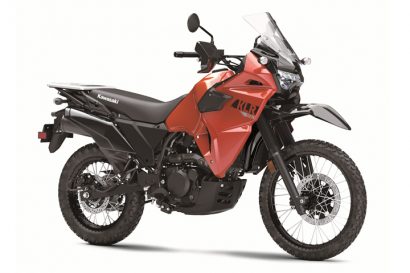 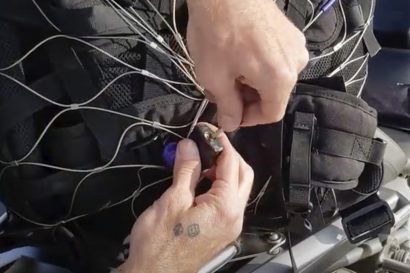 Ensure Valuable Items are Theftproof On Your Motorcycle