Via West County Explorers Club: While driving past the Warehouse Bar & Grill near Jack London Square in Oakland a couple of months ago, I spied what I thought was a perfectly nice, WWII-era, Willys jeep. Upon talking to the owner, a gentleman named Eddie, I learned that it was actually a Ford GPW. W for Willys.

How did this combination come about? Well, back in the late 1930s, while the US government watched stability break down in Europe, it hurried to update its aging fleet motorcycles, sidecars, and Model T’s. By the summer of 1940, when they finally formalized their needs for a general-purpose utility vehicle, the war in Europe was already underway.

The Army, now feeling rushed, issued an impossible deadline: 49 days for a prototype and another 75 for pre-production examples. Only two companies took up the challenge, the American Bantam Car Company and Willys-Overland Motors. Of the two, only American Bantam, working furiously, was able to meet the deadline.

This jeep carries 48-star flag from days before Hawaii and Alaska joined the union.

Being a small company though, it had nowhere near the production capacity the government required, so its design was appropriated and sent to both Ford and Willys, who, along with Bantam, each produced a further 1,500 pre-production models for field testing.

Willys won the contract with its prototype (the MA model), which featured the company’s more powerful Go Devil engine. Before production began, however, the best features of all three companies’ pre-production vehicles were incorporated into the Willys design. Willys then built this new model, the MB, in quantity. Production was underway.

By the fall of 1941, however, it became apparent that Willys couldn’t keep up with government demand. Ford was then offered a deal to produce the Willys jeep under license in order to pick up the slack, which it did until 1946.

What we’re looking at here is a Ford-built, Willys jeep from the first year of its production: the Ford GPW.

The 4-cylinder, Go Devil engine put its scrappy 60 hp to the tarmac via a 3-speed, T-84 transmission and a 2-speed transfer case (all manual, of course). According to the owner, drivers at the time reported that the little jeep ”went the like the devil” but that it also “took the devil to stop it.” Apparently the brakes weren’t as scrappy as the engine. 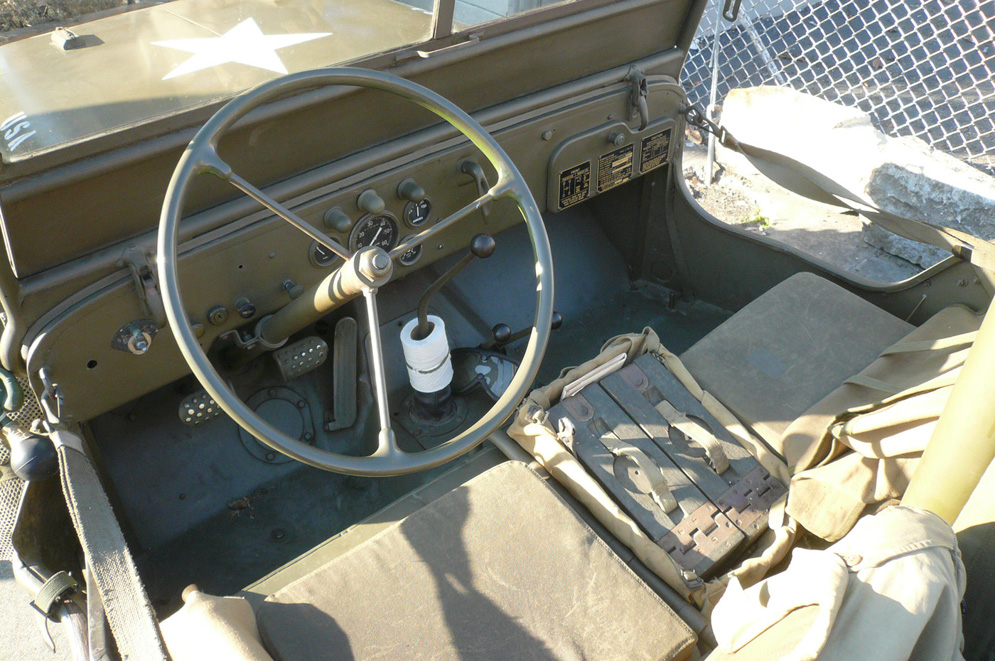 The interior is spare, with just enough room for a couple of ammo boxes and a roll of TP. The left transfer-case lever engages the front axle; the right one engages high or low gear. 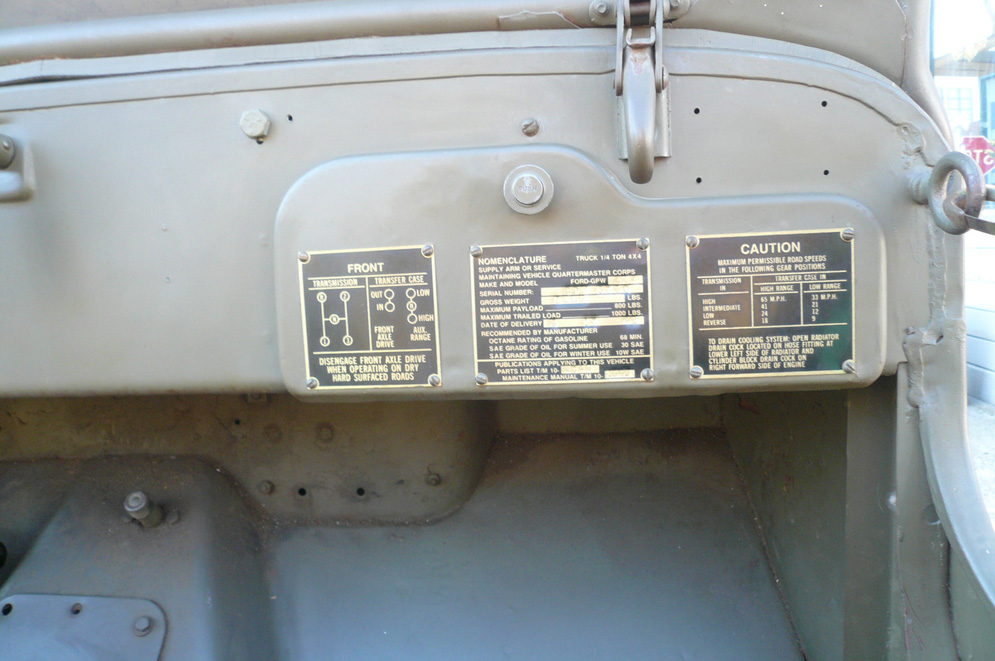 In case you forget how to operate the transfer case, the handy instructions on the left offer an explanation. The button on the floor engages the starter. 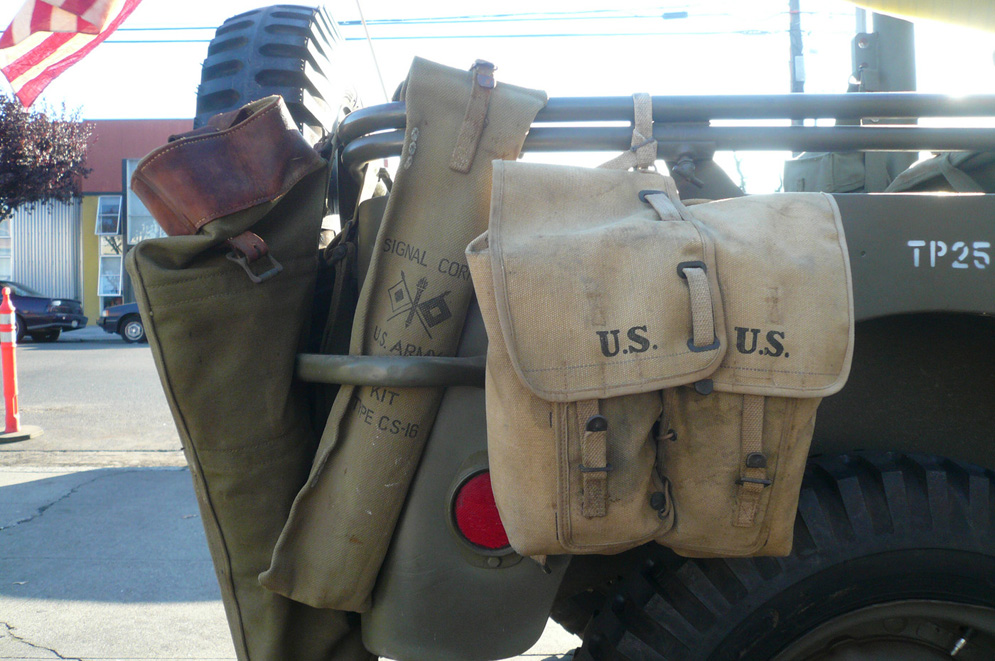 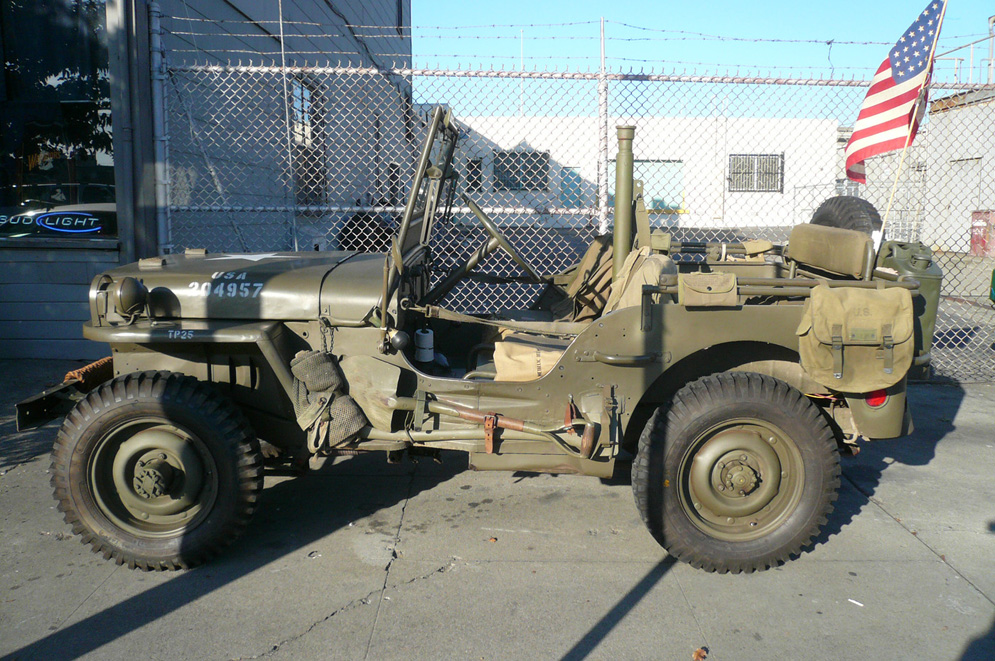 This jeep has all of the period accessories including a machine-gun mount for your .30 cal., of course that makes it really top-heavy, so watch it in the corners. 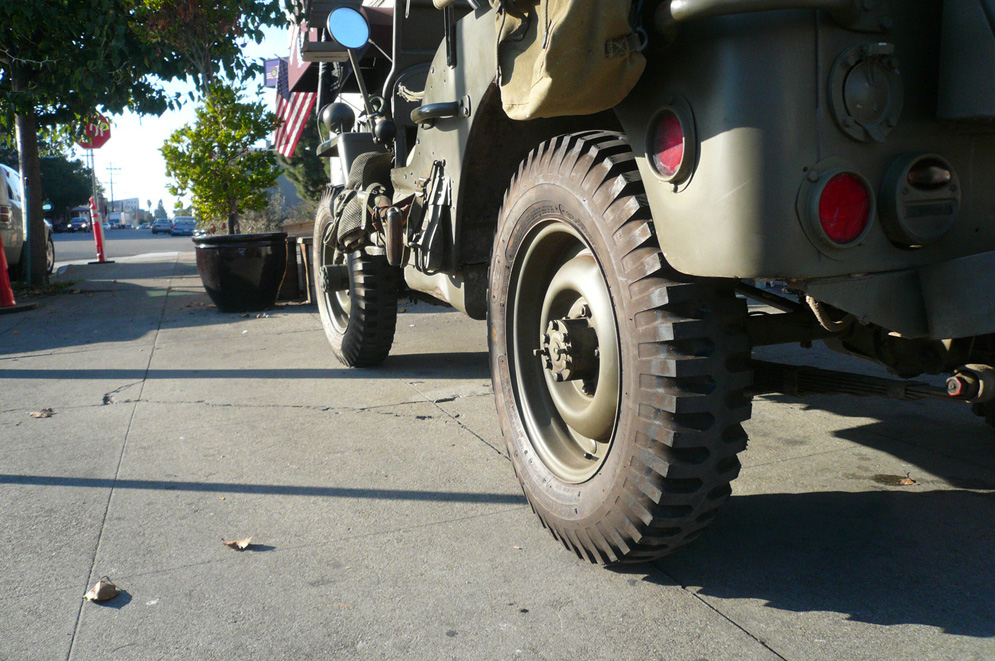 Thanks again to Eddie for sharing his extraordinarily nice Ford jeep.