There are a lot of people doing this trip, and by this trip, I am referring to driving the Pan American Highway, overlanding the Americas, rambling the big A, and however else people are referring to it these days. When we decided to plan our adventure, we thought it was a novel idea. Perhaps, even a little shocking. And to the people where we reside––it is. It’s crazy. Why the hell would you want to do that? You mean, you are going to DRIVE through Mexico. You are going to die.

When we tell people we are from New Jersey, many usually respond by saying “Joisey” in some makeshift attempt at an east coast accent. That is in fact our home, though. The heart of the east coast, or otherwise known as the armpit. We lived across the river from New York City and we were both working in “the city,” prior to our departure. We have commuted by subway, stood close enough to strangers to smell their scalp, spent way too much money on everything, along with all the other attributes, negative and positive (the positives are mostly related to pizza and bagels), that come with living in an east coast city of 10 million people. And in the eyes of many, we were stable. We had a newly remodeled industrial-style apartment, careers with 401ks, some friends, a dog, and the occasional elbow rub with an important person. 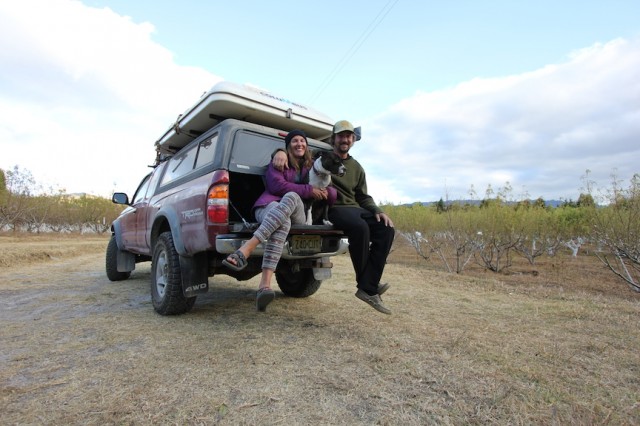 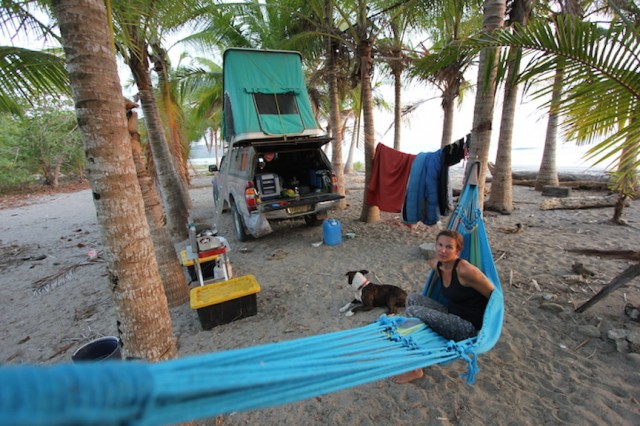 We were living the life, but we felt like we were meant to be somewhere else. People in our region of the United States like to work, a lot. Maybe they don’t like to work, but it is a priority because one has to earn a decent amount of money to maintain the urban lifestyle. The thought of living out of a car is a little unsettling to folk from the Jerz, and surrounding Tri-State area. Where we are from these people are called, homeless, unstable, or van men. I mean, we went to college and built our resumes, why would we want to waste our education to pull up residence in an automobile? But, when people ask us, why we decided to embark on this journey, I think we both kind of look at them dumfounded. It is always difficult for us to call up some sort of appropriate answer. One might expect a reply such as, “we are trying to find our true calling,” or “we are seeking the definition of happiness”, but we just wanted to live and travel in our truck. I am not sure what that says about us, but I don’t even know if it matters. Perhaps, there is some kind of rush in the whole thing? It is really exciting to use a shovel as a bathroom, wake up on a deserted beach, and get lost in Nicaragua. But, in all seriousness this is an adventure, and one must expect things to not go as planned; detours, injuries, fights, tears, fleas, rashes, etc. I don’t know. What I do know, though, is that today we are camping lakeside in Colombia and life is good. 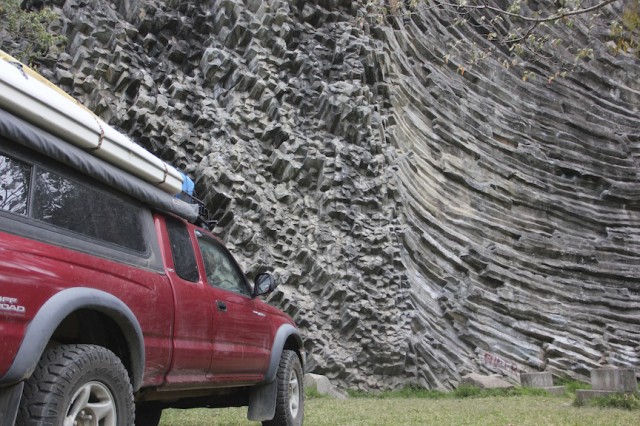 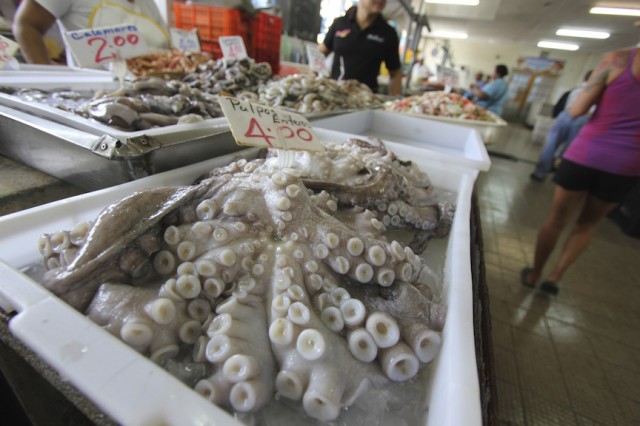 But, who are we, really? What do we represent? Dean is a carpenter. In New York he worked for a company that created sets for high-end fashion and photo shoots. He is also the co-founder of a street art magazine. He has a passion for creating, problem-solving, and organizing the truck––everyday. I’m Sara, an art therapist and yoga teacher. I have worked many jobs in social services, throughout the years. Outside of my career, I enjoy haggling for ugly pants at Mexican flea markets, maps, learning new things, caring for animals, and making a mess. Dean and I were only friends in high school in the late 90’s, then we got married at The Little Chapel of the West, in Las Vegas in 2011. We briefly lived in Portland, Oregon before returning to our homeland and momentarily setting up shop in Jersey City, NJ. We share a passion for travel, subcultures, and taboos. In 2013, we adopted Lupe the dog. In a trip to our local shelter, we fell in love with an underfed, under confident, feces-covered, pit bull mix. One year later, she is our faithful traveling companion. Lupe enjoys the juice from canned tuna and making friends on the road.

Dean wanted to sail the world, but I get seasick. I wanted to work on a farm, but Dean hates horses. We navigate these differences through humor, and a common love of eating cheese. We are the Sardinetaco team. 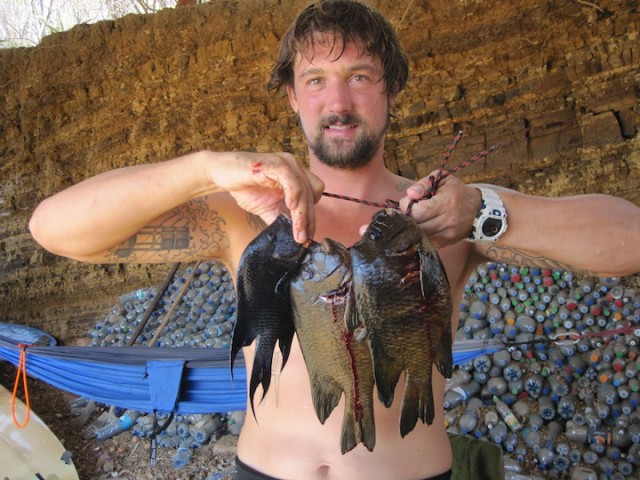 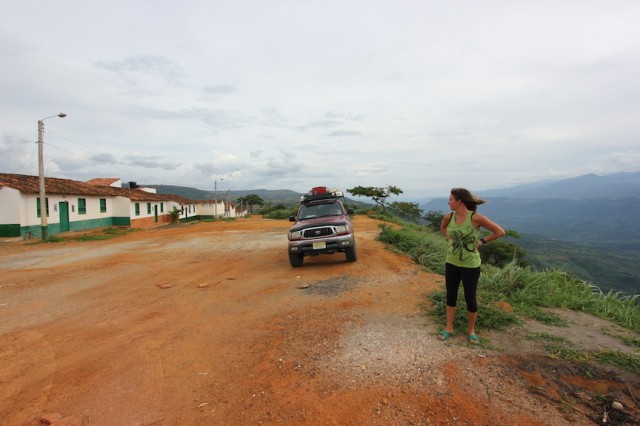 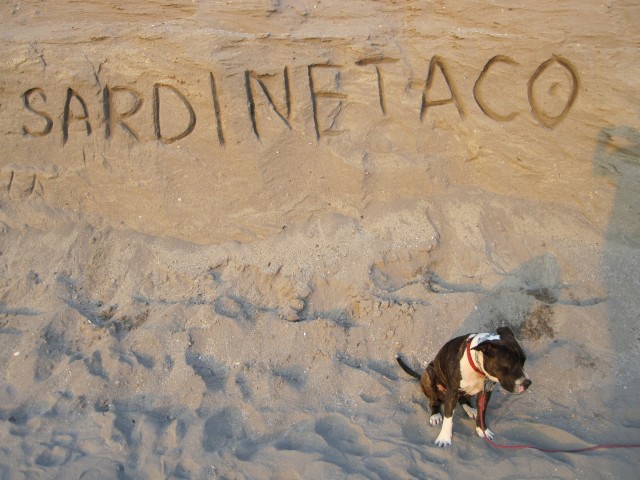