Sterling Noren, adventure travel filmmaker, set off in July of 2020 on a BMW GS, riding solo throughout the western US. His 6,000-mile, 30-day journey is available for viewing on the Motorcycle Travel Channel.

The Riding Solo series captures the widespread, stark beauty still prevalent in the US, even while it seems these places are harder and harder to come by. Watch a herd of wild horses gallop across the screen and a family of skunks pop out of the ground near Sterling’s camp; learn about people and places you may have never seen or heard about; see how Sterling deals with extreme temperatures, crashes, and gear issues. The struggles are real, and the adventurer doesn’t sugarcoat his experience—in fact, he wants to call the whole thing off at times. That said, his love for ADV motorcycle touring is clear and infectious. 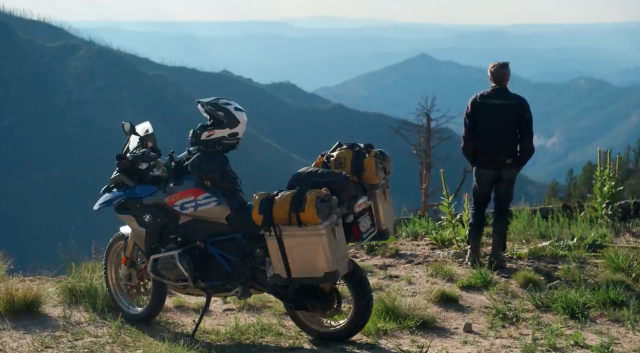 With episodes like “Oops! I Crashed in Colorado on my Motorcycle Adventure” and “Laundry in a River on a Motorcycle,” Sterling shows the real-life situations that come with traveling long distances on a bike. The Riding Solo episodes focus on not just the ride itself, but relaxing, camping, and cooking in the US’s most scenic spots.

“I promise you’ll see some of the best roads of North America,” Sterling says in his preview video.

And he delivers. Sterling works hard to bring us to these incredible places, while also breaking down the reality of what it takes to do such an adventure. He camped every night, setting up his tent in deserts, forests, and on mountaintops. He also cooked all his meals in camp. When Sterling is forced to go into a city to replace his crashed drone, he can’t wait to get back to the peace and solitude he’s already grown used to less than a week in. This impatience to leave the hustle behind proves it doesn’t take long for the natural world to calm and replenish us.

“I think when you spend time by yourself, and particularly in nature,” Sterling tells viewers, “it gives your soul a chance to quiet down and you begin to appreciate the world in a new way.” 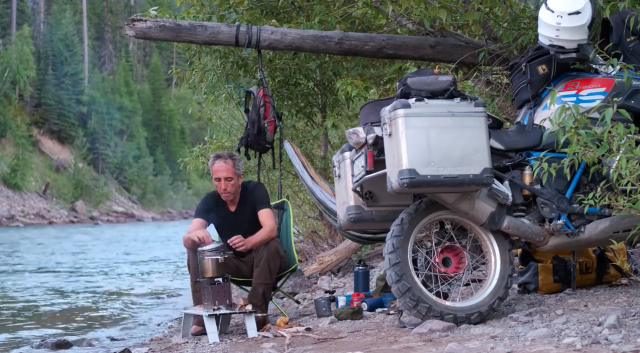 Throughout the episodes, Sterling explains why he chose the items he brought with him and why he likes the BMW R 1200 GS. He also gives tips on camerawork, which isn’t easy when riding alone.

The Riding Solo videos not only give a deeper appreciation for motorcycle travel and nature’s magnificence, they’re also inspiring, informative, and insatiable. After the 23rd and final episode, I was left craving more.