So let me start by saying this—technology and I don’t often get along. I tend to be a little old school in how I do things. Touch screens are second only to voice recognition when it comes to completely failing to work for anything I try to do, so this review may be a little bit biased given that the eXplorist710 has a touch screen. I don’t use a lot of lotion, so my fingers are too dry to create the connections necessary for most touch screens to recognize that I am actually touching them (my iPhone being the only exception I have encountered). The eXplorist is very nearly a second exception to this, and honestly I was generally able to click on the things I wanted to select, as long as I didn’t try to scroll (scrolling randomly dropped many way points rather than smoothly scrolling). My friend also played with it and said he had no trouble scrolling around, so my issue with this is probably due to my dry fingers. For sure, the eXplorist is a whole heck of alot better then the Garmin Nuvi’s which flat refuse to recognise me as a real human-being that is really touching it. 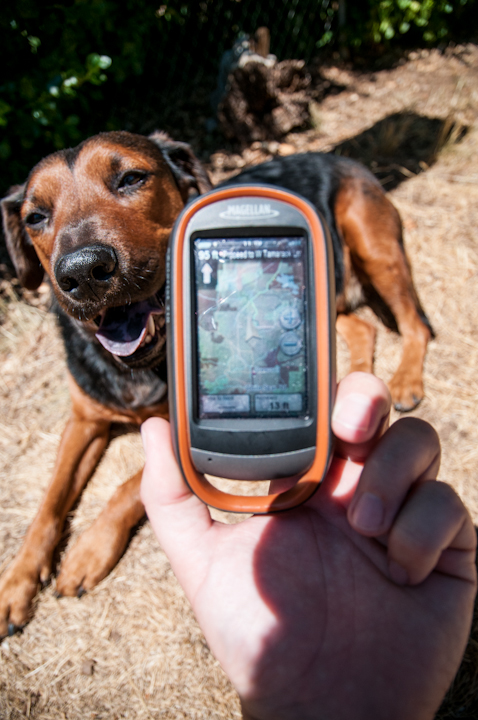 When I first turned the eXplorist on I was impressed with the look of the map set that is installed on it. It is reasonably easy to read, and uses different color codes for different land ownerships (National Forest, City, BLM, etc.) I took it with me when I drove from here in Arizona up to Minnesota, then back through Wyoming and Utah. It was a mostly highway trip, but I did camp every night and it showed every Forest Service trail I took looking for the perfect spot to sleep. It also appeared to be up to date with city streets, and I know some of the roads I drove in Colorado are brand new within the last year. When zoomed in to 1.5 miles or less it also displays some general topographic contours. Their version of the topo maps isn’t exactly my favorite. I have always maintained the U.S. Geological Surveys 24k maps (or ones very similar) are hands down the easiest to read, which this map set is not.

The eXplorist is obviously a hand held and not really for vehicle based navigation, but I prefer to carry one GPS for everything, so just like my personal Garmin GPSmap I used the eXplorist for everything. As mentioned above, the map set has very good coverage of roads, and for a small screen it still works fine for highway navigation, other than being touchscreen. It seems a little contradictory to say this since I don’t like touchscreens, but I prefer to do things by touch only. When I say I want to do things by touch what I really mean is I want to have a tactile button so that I don’t need to take my eyes off the road or trail in order to zoom in and out, change screens, etc. Touchscreens are obviously much harder to navigate without looking at them since you can’t just feel the button. This is even more true with a small screen like this, so I found I used it just for seeing where I was more then trying to look ahead. This could be a good thing as long as you have the self control to leave it alone while driving…if not, things might get interesting. I didn’t test it on the motorcycle since I don’t have a way to mount it, but I did test it with my moto gloves on, and much to my great shock the touch screen actually works better when them on then bare fingers, so it would likely be perfectly acceptable for a motorcycle.

The biggest down side of this device I have found is the battery life. I put a new set of batteries in it before leaving Prescott a few weeks ago on my way to Overland ExPo. It was a two hour drive, then I did maybe two hours of setup before I turned it off and the batteries were completely dead. For vehicle use, this isn’t so much of an issue since you can just plug it in using USB, but for hiking this could be a bit more of a problem, especially for longer hikes. It does have a suspend mode which will turn off most functions while maintaining GPS tracking, which saves batteries though. I didn’t test this feature (didn’t know about it on that first trip and ran USB power after that), but while sitting here writing this I put fresh batteries in it about 5 hours ago. In suspend mode it has used about ⅓ power, so the factory estimation of 16 hours is probably accurate if you don’t use the screen too much. 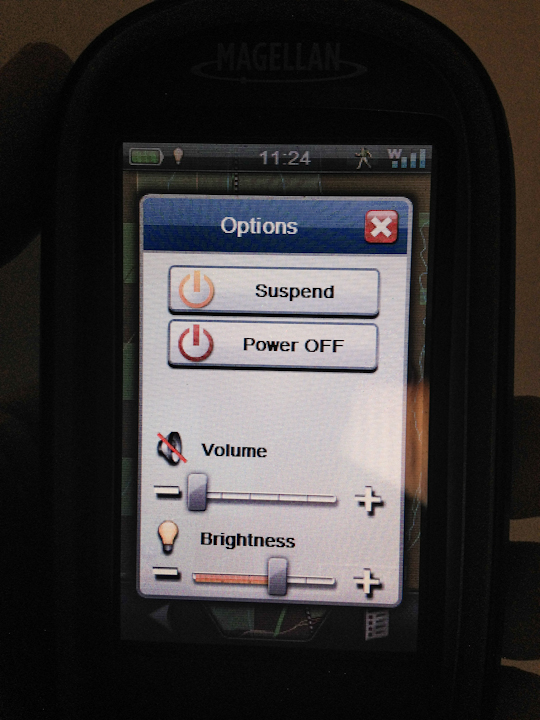 A lot of folks will probably like the fact that it comes with a 3.2 mega-pixel cell phone style camera and microphone for taking pictures/video, but personally I have never been a fan of cell cameras. It does geo-reference your images all in one shot, which is a whole lot easier then the setup necessary to do that with a separate camera. It also has a Sun and Moon rise/set calendar, which I found quite useful for setting up my night photography. 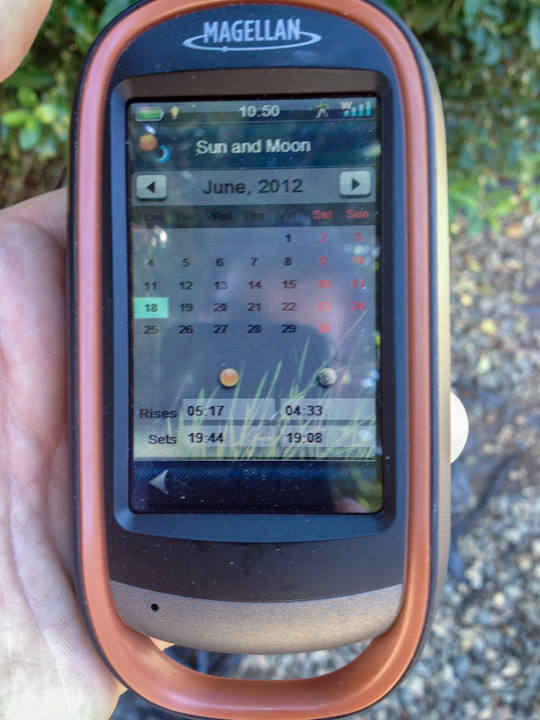 My overall opinion of this device? It is a good competitor for Garmin, and I couldn’t find any real faults with it. I do, however, wish it had easier to read topographic features when zoomed in, and for a GPS I’ll use for everything, I still prefer real buttons over touch screen for ease of use. It did a fabulous job of navigating me through 2000 miles of mostly back roads and brought me to my Dad’s in time for dinner though, so I am pretty happy with it. 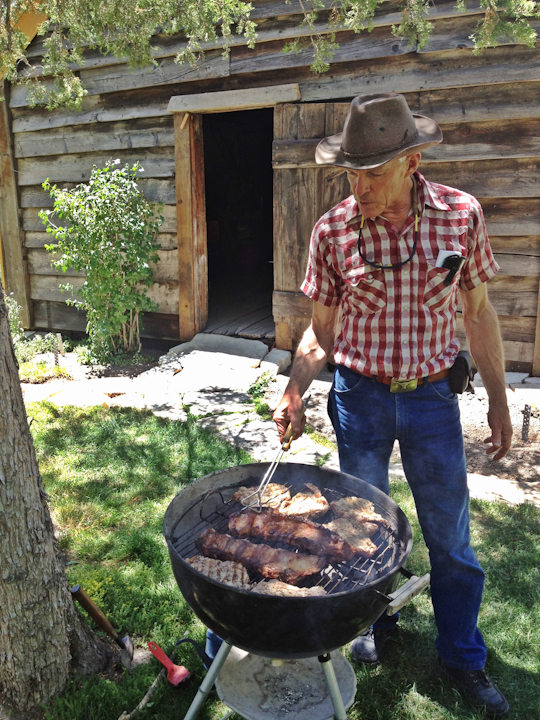